Seeing a yellow snake in your dream could catch your attention. It may also provide a unique slant on the complex topic of snake dream symbolism.

A dream of a yellow snake would share the symbolism of snake dreams in general. This includes poison, temptation, deception, sex, rebirth, and healing.

However, a yellow snake dream could incorporate the symbolism of the color yellow too. This includes childhood, cheerfulness, happiness, electric energy, and assertiveness.

As the color yellow also has some associations with cowardice, a yellow snake dream might emphasize the parts of snake dream symbolism that have to do with betrayal. This interpretation would be especially appropriate if the dream had a negative emotional atmosphere.

In nature, some yellow snakes are pythons, as shown on A-Z Animals. As described in python dream symbolism, pythons kill their prey by squeezing rather than with venom, so this could potentially be relevant to interpreting your yellow snake dream. 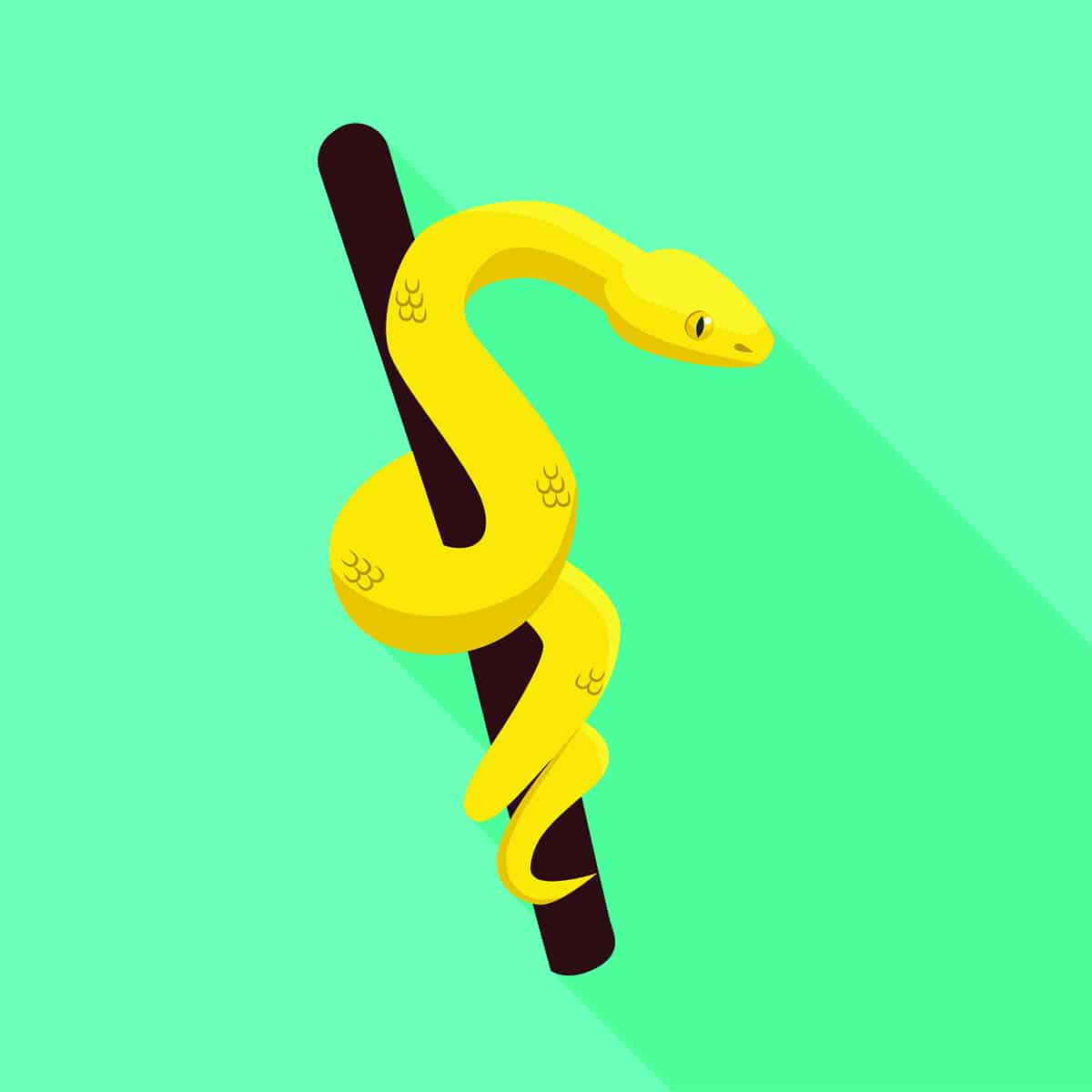 Snakes can be associated with treachery and betrayal. A yellow snake dream could go in this direction, but it might not be about a betrayal that’s been meticulously planned over a long period of time.

Rather, the color yellow has associations with cowardice. The sort of betrayal associated with a yellow snake dream might therefore be something that happens in a moment of weakness — perhaps someone who thought they were on your side realizes, when push comes to shove, that they’re not strong enough to stand up for you.

Dream of a yellow snake biting you 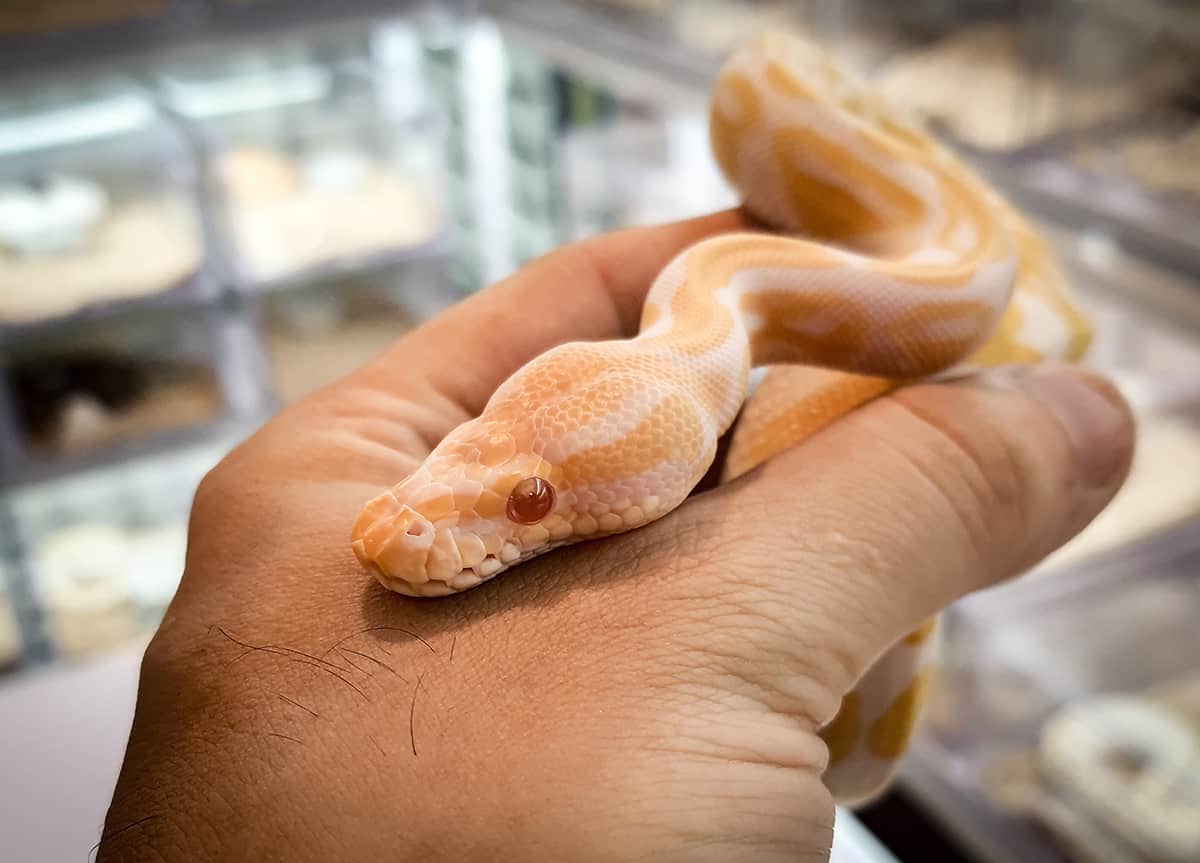 Dreaming of a yellow snake biting you would share the symbolism of snake bite dreams in general. This includes betrayal, a sense of powerless, and insidious threats.

A dream of a yellow snake biting you could be especially about betrayal, given the association of yellow with cowardice. Someone you trust might not have the courage to stand up for you when the going gets tough. More broadly, it may reflect a situation where a friendship means more to you than it does to the other person.

Alternately, a dream of a yellow snake biting you could be more about yellow’s reputation as a playful color. Your dream could serve as a warning that you need to take a more cautious attitude toward a situation that you’re currently handling in a playful way.

Dream of killing a yellow snake

A dream of killing a yellow snake could symbolize that you are taking assertive action to root out a traitor in your midst. However, you might need to be careful that you’re not just picking on someone who’s an easy target.

With yellow being a very visible color, there’s a risk that you might have identified someone as suspicious just because they’re conspicuous in some way. Instead of giving in to your prejudices, you may need to work a bit harder to find out who is truly at fault for whatever problem you’re concerned about. A similar dynamic can be present in white snake dream symbolism.

Dream of a yellow snake while you’re pregnant 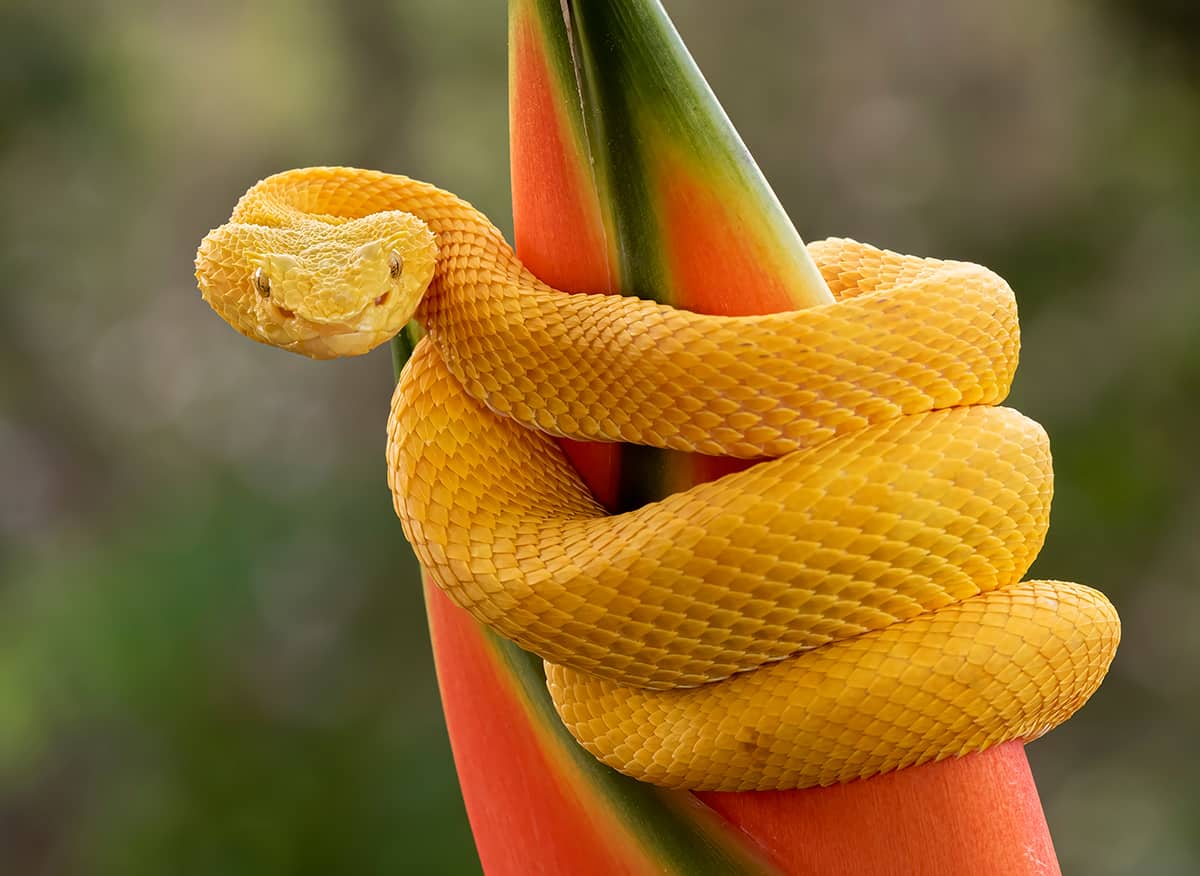 In general, a snake dream during pregnancy could refer to the snake’s ability to shed skin in a transformative way. Especially if you will be a first-time parent, you may be shedding some aspects of your childless life to make room for your new responsibilities.

As the symbolic associations of the color yellow include childhood and children, a yellow snake dream in pregnancy could emphasize that a child is the reason for this transformation in your life.

Dream of a yellow snake that has other colors 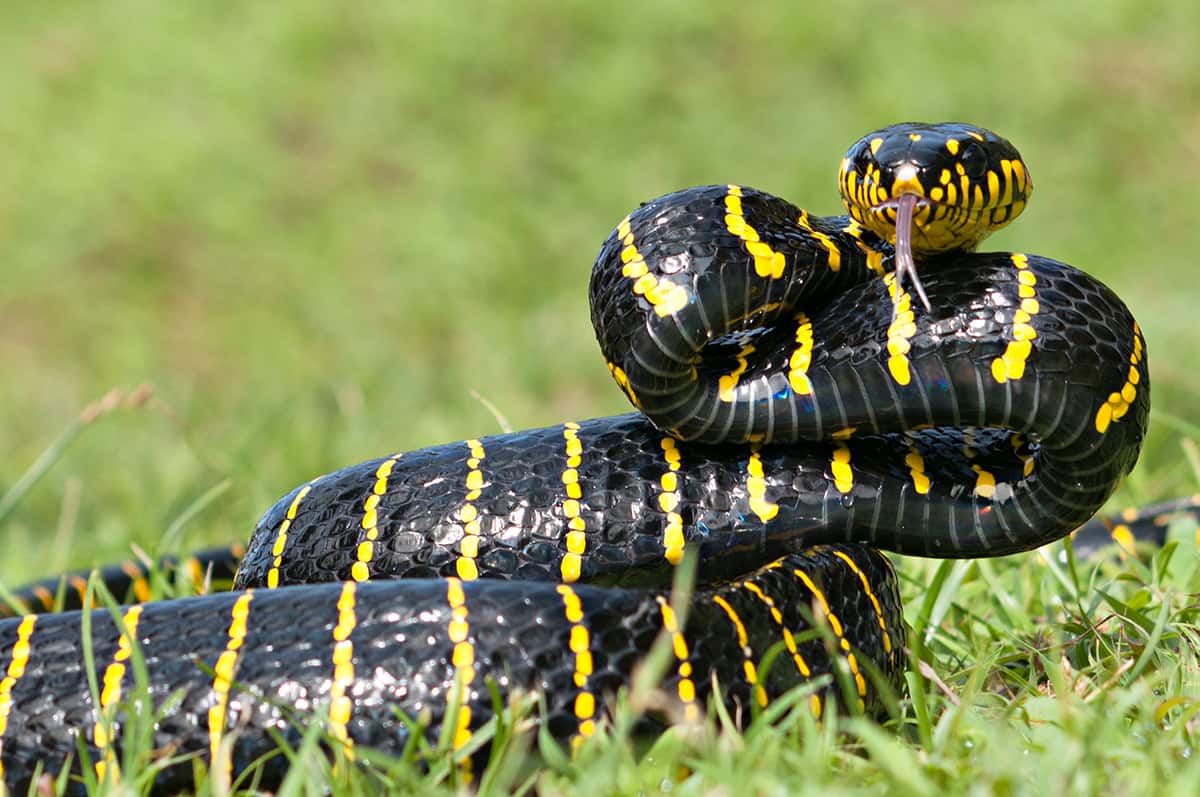 A black snake in your dream could emphasize the parts of snake symbolism that have to do with power and transformation, as those attributes are also associated with the color black. However, a dream of a black and yellow striped snake would have to combine those aspects of black snake dream symbolism with the symbolism of the color yellow.

Yellow can be a cheerful and happy color. A dream of a black and yellow striped snake could therefore symbolize that, though you may be going through a time of challenging transformation, it’s necessary to try to maintain a positive attitude about the process. 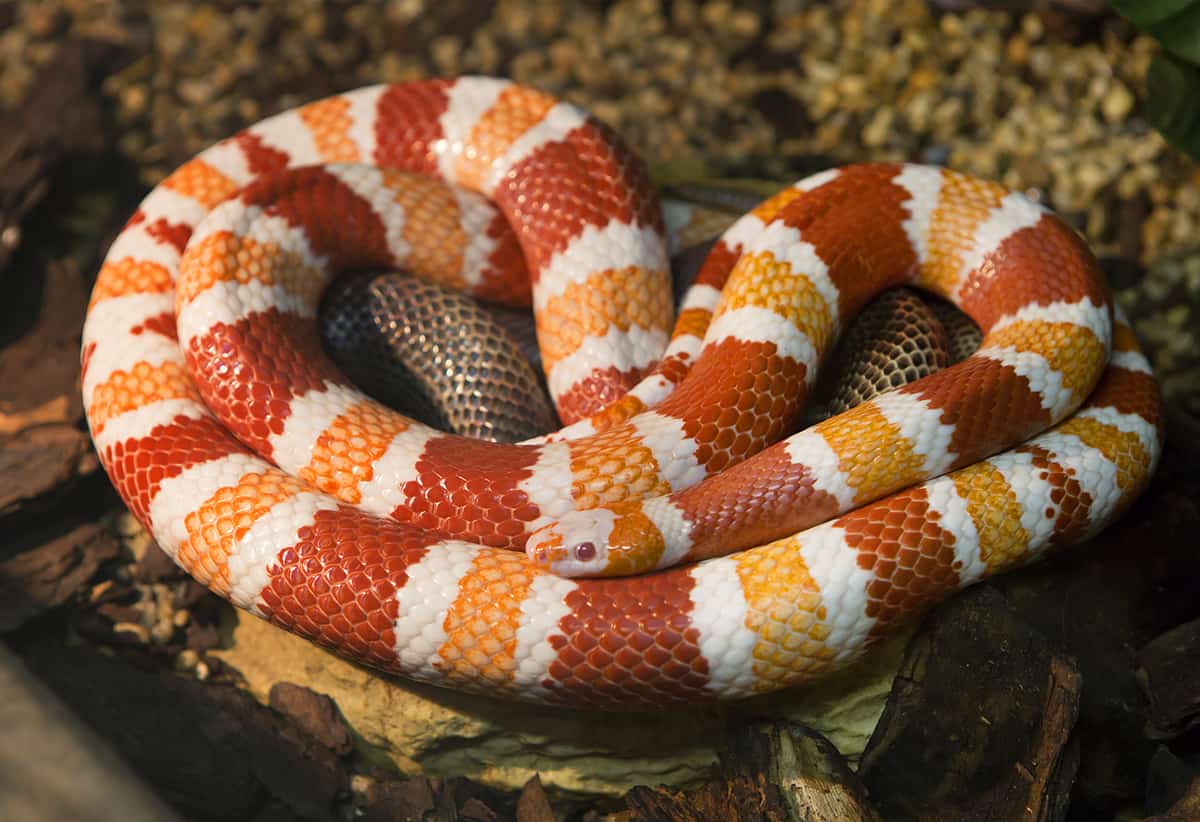 The color red can be associated with aggression and violence. That’s actually very appropriate for poisonous coral snakes. As Snake Buddies reports, they’re described by the rhyme, “Red next to yellow kills a fellow.”

Dreaming of a red and yellow snake could therefore symbolize that you have an aggressive enemy who has the potential to seriously harm you. On the positive side, this enemy may at least be conspicuous rather than hidden.

The color yellow is energetic and eye-catching, making it easy for you to see a yellow snake in your dream. While many people are afraid of snakes, one factor possibly contributing to the fear in some cases is that snakes of darker colors are less visible, seeming to pop out of nowhere at inopportune times.

Your dream of a yellow snake therefore gives you an opportunity to courageously confront the complexity of snake dream symbolism head-on.