Whales are big creatures. Seeing one in your dream can indicate that something at least seeming to have similar size or power is an important factor in your life at this time.

The largeness of the whale in your dream could symbolize whatever you think has gotten too big in your life. Possibilities include your ego, your body, or a problem you are trying to solve.

The size of whales, however, gives them great power. Given that whales spend much of their time underwater, this power is often hidden from view. Your whale dream could therefore refer to a similar power dynamic in your own life. 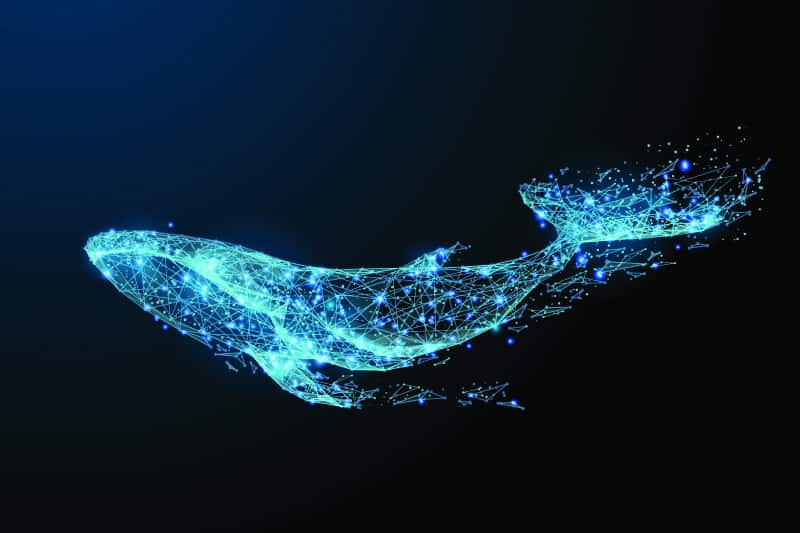 Whales inhabit the water, so understanding the dream symbolism of water can be relevant to some whale dreams.

One of the big symbolic meanings of water is the unconscious. Dreaming of a whale lurking underwater could symbolize that you are subtly aware of something very powerful slightly outside your view.

In investing, people who hold large amounts of bitcoin are referred to as bitcoin whales, according to Investopedia. The size of their holdings is such that their movements can have a disproportionate effect on the market as a whole.

Dreaming of a whale could therefore symbolize a situation where you feel like a few people at the top are able to wield excessive power over everyone else.

The song “A Whale of a Tale” from the movie 20,000 Leagues Under the Sea features several exaggerated stories, backed up by the claim, “I swear by my tattoo!” Dreaming of a whale could symbolize that you or someone else in your life tends to talk in this colorful way that may stretch the truth a bit.

More broadly, a whale dream might mean that a situation in your life has become bigger than it warrants. People may be hyping a minor issue into a huge drama.

As a whale is a large animal, sometimes “whale” can be used as a derogatory term to mean that someone is overweight. This was a key point in the Judy Blume novel Blubber, where a fifth grade girl was bullied by her classmates about her weight.

Dreaming of a whale could therefore symbolize that you have concerns about your weight or body image, or that you are hurt by others making offensive comments about your appearance. Alternately, it might reflect that you have made judgmental statements of this sort about someone else.

In a Bible story, Jonah was trapped inside a huge fish, often popularly described as a whale, for three days after attempting to evade God’s instruction to preach to the city of Nineveh. In this sense, dreaming of a whale could symbolize that you feel trapped, possibly by some obligation you don’t want to deal with.

“Save the Whales” has been a well-known slogan of the environmental movement, as described by Greenpeace. Dreaming of whales could therefore reflect that environmental concerns are on your mind.

Alternately, your whale dream might show more broadly that you believe you are capable of taking on a big problem comparable in magnitude to saving the whales. While you may be able to do some good, your idealism and optimism could potentially go beyond what is justified by the facts of the situation, similar to the negative side of rainbow dream symbolism.

Dream of a killer whale 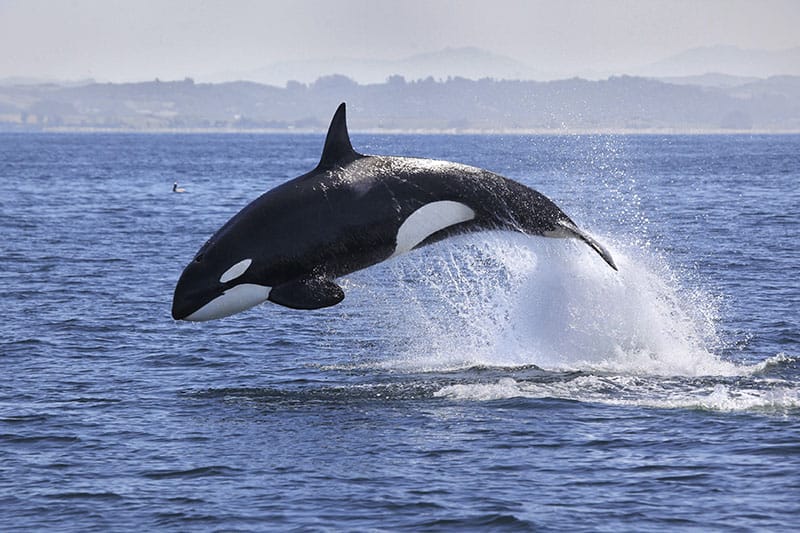 While killer whales, also known as orcas, are the apex predators in the ocean, feeding on large animals including otters, walruses, and even other killer whales, they are not known to attack humans in the wild, according to The MarineBio Conservation Society.

Dreaming of a killer whale could therefore symbolize this kind of conflict around captivity and freedom in your life. While you may be strong and capable in some ways, you might feel that your circumstances limit you from reaching your full potential.

Dream of a beached whale 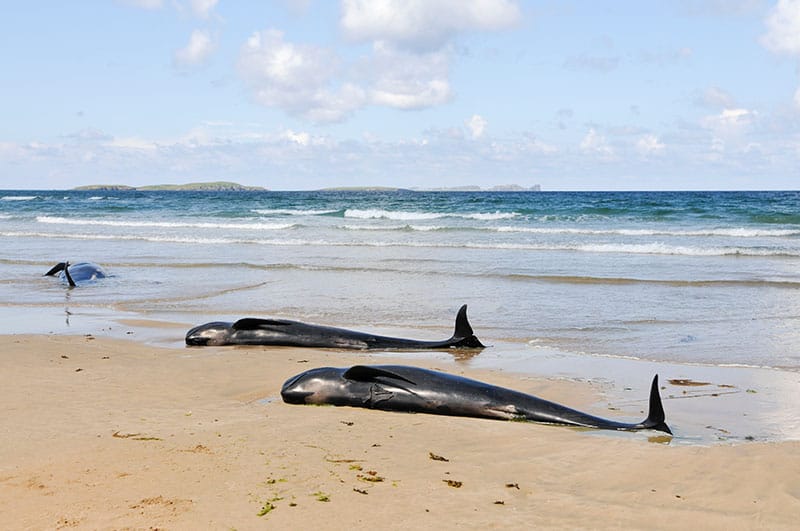 Dreaming of a beached whale could symbolize that you feel like you are trapped in your life. You may feel that your environment does not give you the resources you need to be successful, yet you do not have the ability to leave that environment for somewhere better.

Dream of an injured whale 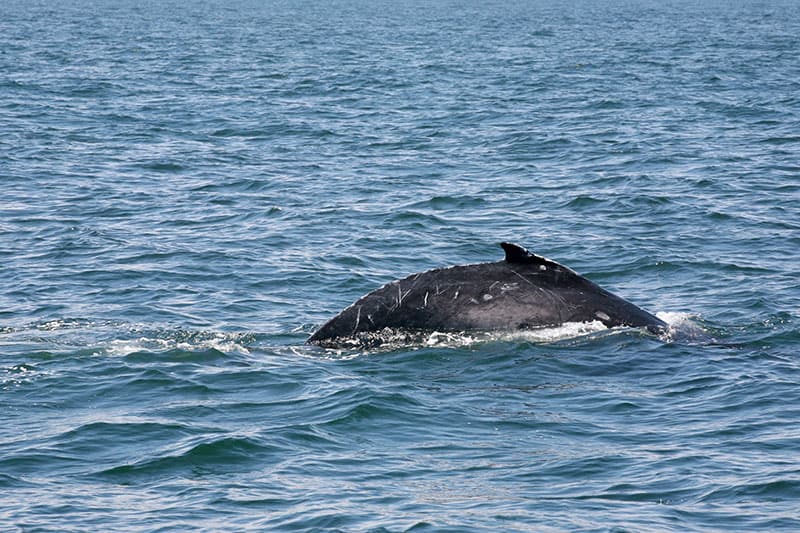 Given that whales are known for their size, one possible injured whale dream meaning would have to do with a wounded ego. If you or someone else in your life has a very inflated self-image, it might take only a relatively small insult to pop their balloon.

Dreaming of an injured whale could alternately symbolize that some major part of your life that you take for granted is actually under threat, as much as you might never think that anything could happen to something so big.

Dream of a dead whale

Any dream of death and dying can refer to something that is ending in your life. With a dead whale, though, you might not get the sort of closure possible in cemetery dream symbolism where there is a protocol for processing your loss. This is because a dead whale is too big to easily bury.

In Oregon, on the west coast of the United States, a dead whale was famously blown up with dynamite in 1970, as the State Highway Division didn’t know how else to deal with the immovable obstruction on the beach, according to OPB. However, this explosion perhaps created a bigger mess than it solved.

Dreaming of a dead whale may therefore symbolize that something big has ended in your life, but you don’t have an easy way of processing the loss at this time. You might just have to let it decay for a while until it becomes more manageable.

Dream of a blue whale 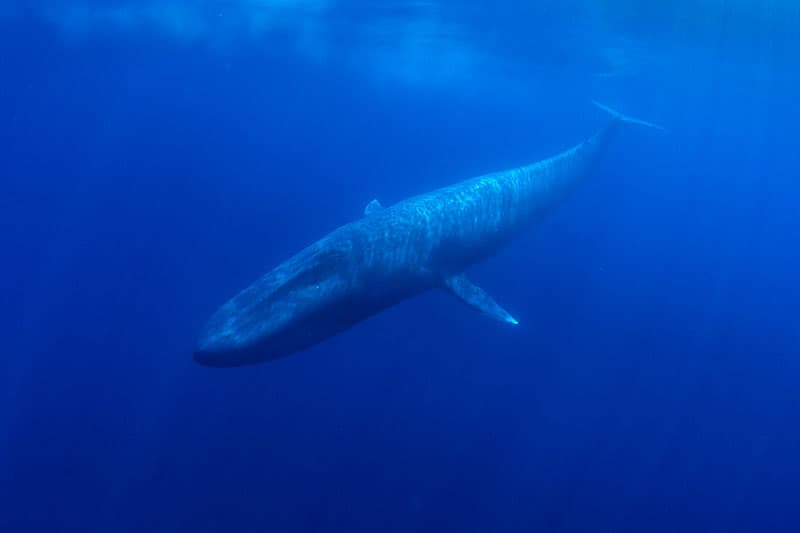 The blue whale is the largest marine mammal in the sea and possibly the largest animal on the planet, according to The MarineBio Conservation Society. A dream of a blue whale might therefore emphasize the parts of whale symbolism that have to do with someone or something being very large.

Whale hunters in the early 20th century focused their efforts on blue whales because blue whales, being so big, yielded more resources than smaller whales. This, however, led to blue whales becoming an endangered species, and hunting of blue whales has since been banned, according to The MarineBio Conservation Society.

Dreaming of a blue whale could therefore symbolize a problem with the way you manage resources. You may be relying too heavily on one source to meet your needs.

Dream of a beluga whale 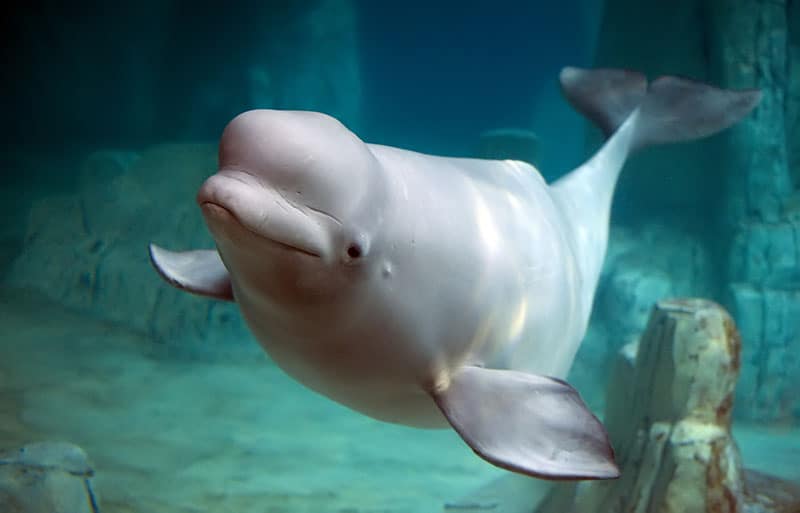 Before “Baby Shark,” there was “Baby Beluga.” The 1980 song by children’s entertainer Raffi was inspired by a beluga whale at Vancouver Aquarium in Canada, though Raffi later clarified that the song was not about the whale at the aquarium.

Dreaming of a beluga whale, which has a distinctive white color, could therefore symbolize an attitude toward life that is lighthearted yet secure. It might also refer to the process of growing older, as Raffi released a 40th anniversary version of his song in 2020 with an additional verse about “Grown-up beluga.”

Dream of a humpback whale 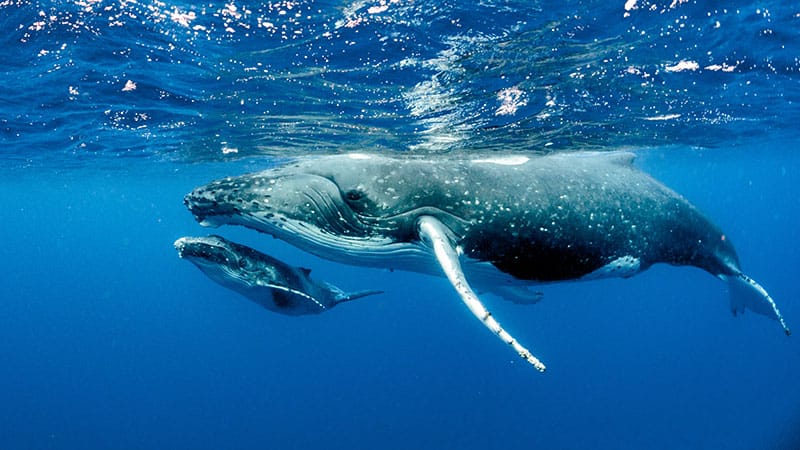 Humpback whales are known for their songs and their friendly approach toward human whale watchers. Dreaming of a humpback whale, especially in the context of whale watching, could symbolize that you feel like a spectator in some part of your life. You may enjoy what you are seeing, but you might also have a conflicting desire to take a more active role in things.

The songs of humpback whales are thought by some scientists to be mating calls, according to The MarineBio Conservation Society, so dreaming of humpback whales could alternately symbolize that you are trying to attract a partner.

Whales are an important part of the ocean’s ecosystem, and different types of whales are known for different things. Even if you don’t see whales often in your daily life, thinking of the appearances of whales in the popular culture that you have been exposed to can be important in understanding your whale dreams.