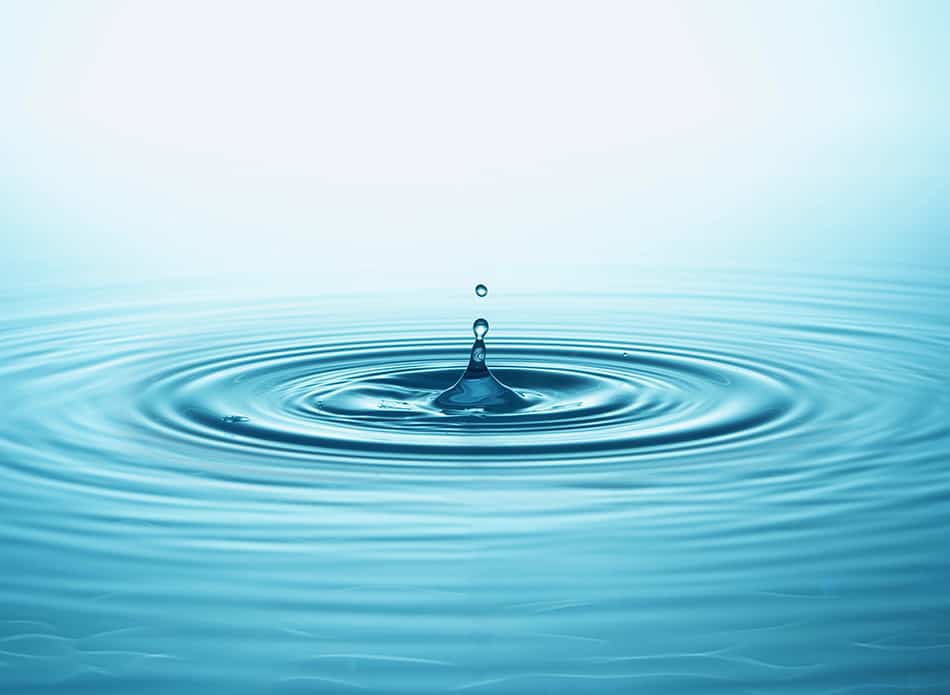 We are all taught from an early age that water is the source of all life. When trying to discover if extraterrestrial life is possible, and to answer to the popular song that asks “Is there life on Mars?”, scientists always search for water. There is no wonder why, as it is the strongest life symbol, we frequently search for water in our dreams as well.

Do such dreams symbolize various forms of deepness? Or rather spiritual life? Do they represent our emotions? Can they predict our future? Is dreaming about waves or flooding related to pregnancy?

These are some of the most usual questions that come to mind when trying to understand dreams about water. In this article, I will try to offer interpretations of water as a symbol full of meanings, and to explain specific cases of water dreaming.

Water has always been a powerful inspiration for human beings of all cultures. Whether it is interpreted inside the Christian, Taoist, ancient Greek, or Native American tradition, the symbolic meanings of water are considered to be numerous.

It was the subject of interest not only for scientists but also for philosophers and artists from various epochs. However, in most cases, water was usually related to higher wisdom, deepness, the power of transformation, and the spirituality we all aspire.

Water as the symbol of emotions and feelings has its origins in the ancient Greek tradition, where it was primarily one of the four elements. It was believed that the water of our bodies (tears, sweat, and blood) carried our emotions.

Known as the universal solvent, seeping into everything, even into the tiniest places, water was commonly associated with love, as a nurturer and medium. Both water and love carry messages, nourishing our relations to ourselves and others.

Water can embody all possibilities of potentiality (source), both creative and destructive. Its productivity was used as a leitmotif in many creation stories in different mythologies, where the water was represented as the origin of life.

Water played a fundamental role in the creation of the physical world and biological life. At the same time, some myths emphasized the destructive quality of water, by portraying flooding and water chaos.

In both cases, its potential for purification, renewing the world by destroying the old one or simply creating the entire new life, was depicted similarly in utterly distinct cultures and religions around the world. Thus the potential remained the most significant quality of water. Furthermore, being the personification of life, water is frequently associated with fertility.

Since it is believed to encourage us to explore the unknown depths of our minds, dreaming water is considered to be the universal symbol of unconsciousness.

Carl Yung, a prominent psychoanalyst who successfully dealt with matters of dream interpretations, used to compare water to the lake in the valley. Therefore, he called water “the valley spirit”, which psychologically means the spirit that has become unconscious.

Dreaming about water indicates dreaming of being flooded by unconsciousness. Yung refers to the dangers of the water depths being common in poems and fairy tales throughout history.

Hence, one of the psychoanalysis postulates remains the following claim: “The descent into the depths always seems to precede the ascent”. Understanding our dreams should help us throughout this process.

All ancient cultures admired water, and each one of them had their own beliefs about it. In Christian tradition, water was associated with spirituality in all its forms. Jesus’ walking on water was considered to be spiritual overcoming. Water is also an important Christian symbol for spiritual cleansing.

In the Chinese Taoist philosophical tradition, water is considered an aspect of wisdom, flexibility, intuition, and intelligence. It was given such characteristics due to water’s ability to use the paths of least resistance, to be fluid, and thus able to overcome all barriers.

In some other cultures, the water became a symbol of beauty and metamorphosis. It was seen as an essential element of nature surrounding us. Contemporary esoteric traditions inherited most of these qualities.

Types of Dreams about Water – Interpretation and Meaning

It might be quite demanding to classify all possible manifestations of dreams about water. There is a simple reason for it: in its natural surroundings, water takes all possible shapes and appearances (river, sea, pond, wave, drop, rain, hurricane, snow, etc.). There’s no reason why it shouldn’t be the very same in the realm of human dreams.

No matter in what form we dream about water, it is usually related to life itself and its many manifestations. I will classify common types of water dreams and try to explain each one of them.

Rivers are seen as the metaphor for a bridge that connects our emotions and intellect. Thus, it is believed that a dream about the river is the manifestation of our current emotional state. 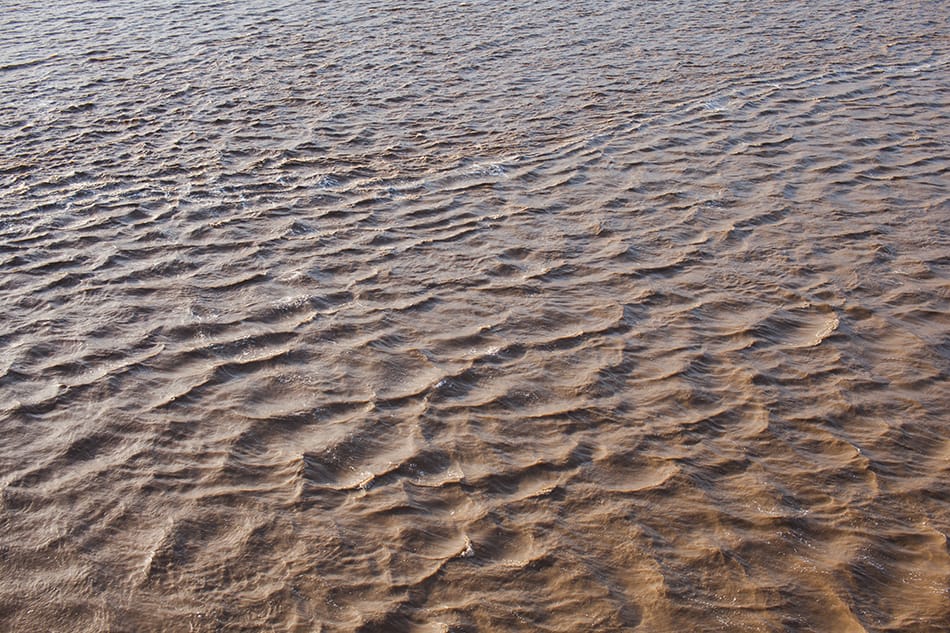 If you dream about a river full of muddy water and dirt, it is considered to be a bad sign. It may be the signal of emotional turmoil, a disturbing conflict, or some other negativity you should deal with. In that case, try to understand this dream as a helpful reminder to start tackling those issues. Similar suggestions may come from the dream about a raging river. 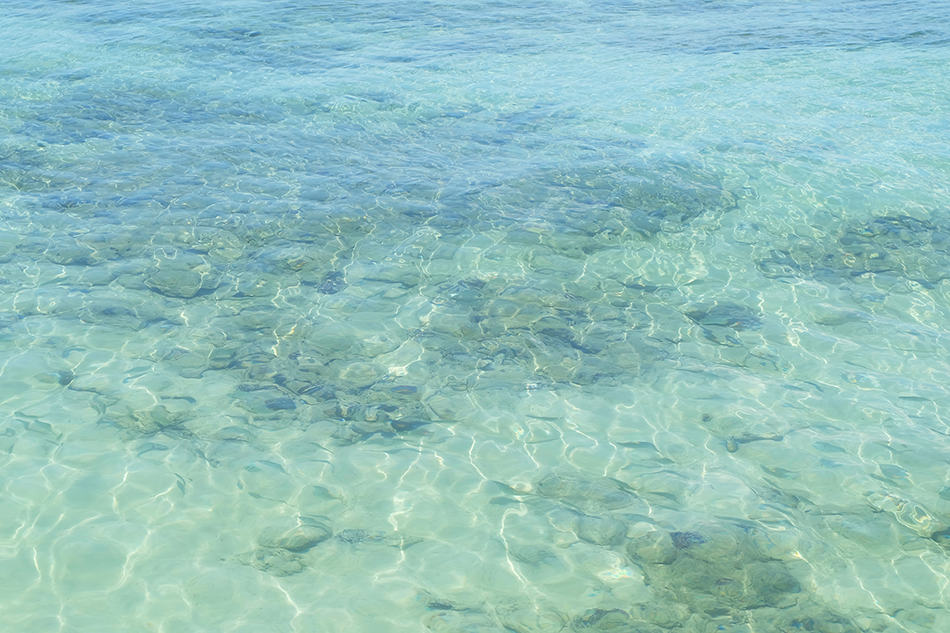 Oppositely, dreams about clear and calm water is always a good sign. It should symbolize calmness, peace, abundance, and overall satisfaction with life circumstances. Sometimes such a dream indicates new life opportunities, whether they are professional, financial, or emotional. The dream of taking a bath in the river brings a comparable message. 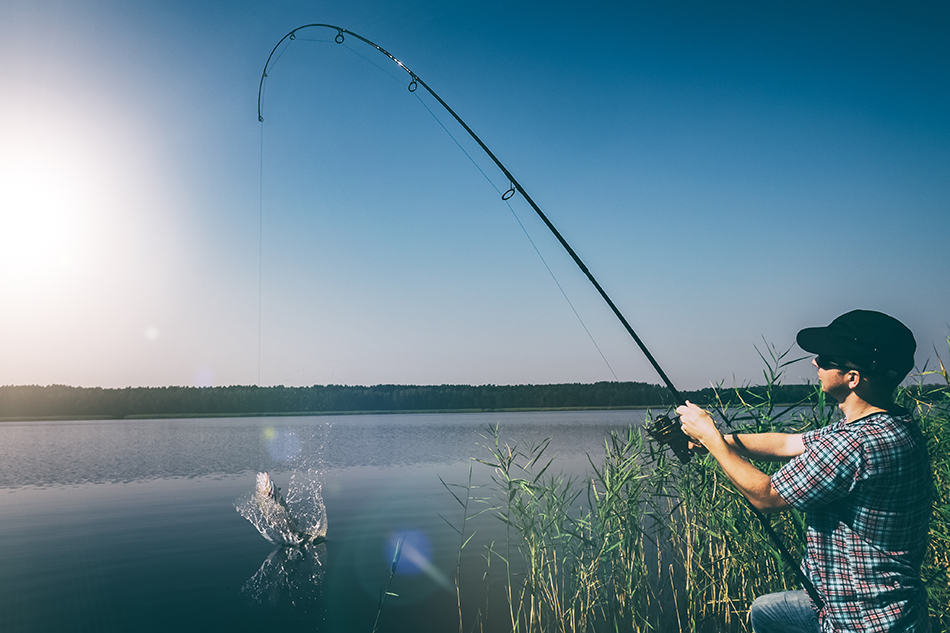 For those who dream of trying to catch fish in a river, it might indicate a fortunate event in their future. However, if they dream of fish simply swimming in the river, it might suggest some sexual frustration or dissatisfaction.

Following the transformative nature of water, if you dream of dropping something into the river, it is considered to be a good sign. Such a dream predicts good investments that will pay off in the future.

Waves have a specific spiritual connotation: they usually symbolize the revelation of what is under the surface of the water. There are many types of dreams about waves – surfing on a wave, walking through waves, being pulled by waves, or simply watching the waves go by. 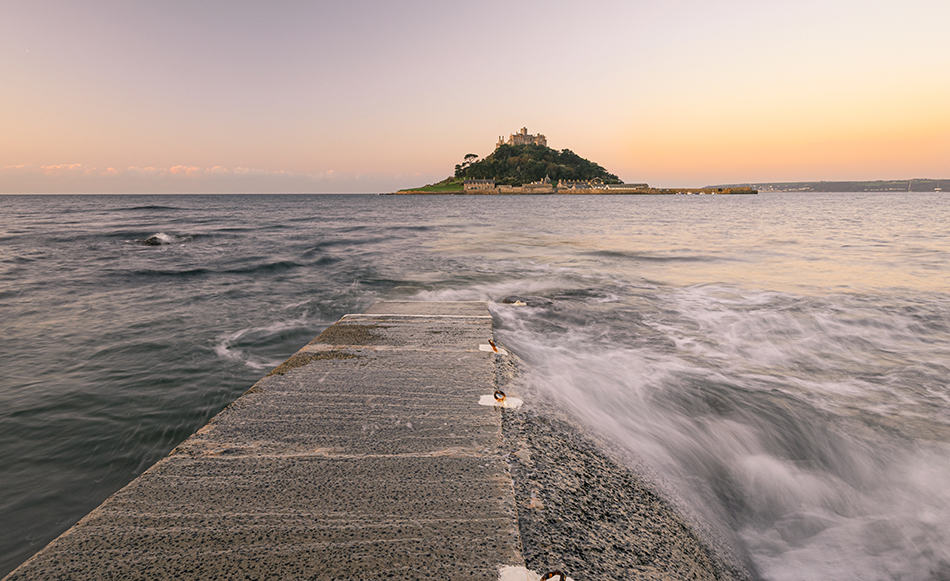 Dreams about tidal waves are rather common. They can suggest your waking and occurring change. Having an important crossroad in your life usually precedes the dream about the massive tidal wave, bringing a change with it.

Some believe tidal waves in dreams indicate a sexual desire or the rush of emotions.

The Ocean and Large Waves 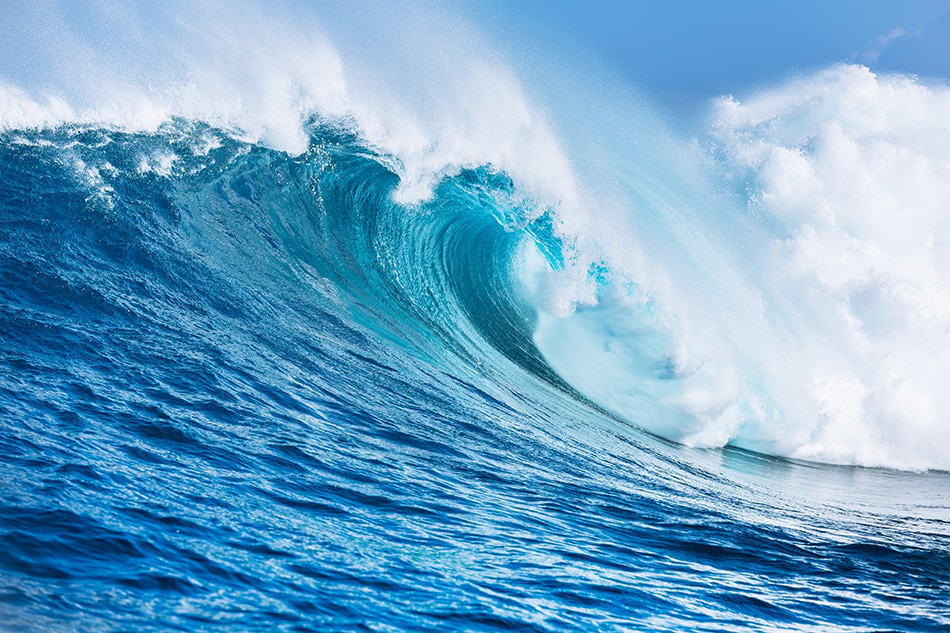 If you dream about waves crashing on you, it signifies you should expect a change that will affect you positively. It might also suggest your mental and physical strength. However, if you dream of not taking control of yourself during the waves, it might be a manifestation of a difficult period to come.

Finally, among the most common symbols in dreams, in general, are the ocean and large waves. They symbolize the deepest subconscious parts of our beings. If the ocean is tempestuous, with repetitive waves, it signals the inner conflict or a threat. If the ocean is peaceful instead, consider yourself lucky, since it certainly signifies peace of mind.

Similarly, large waves represent an important change in life. If you want to check what type of your transformation will be, positive or negative, try to remember whether the waves that came to your dream were clear or filthy.

To dream about tsunami, this indicates a powerful force, usually triggered by the flood of emotions. It might also be connected to the clash of the conscious and unconscious, like the encounter of your internal feelings and external life.

Another common dream motive is a waterfall. Maybe because they are proven to lower blood pressure and increase the production of serotonin, the key hormone of happiness and well-being, waterfalls are considered to be rather positive dreaming symbols.

The waterfall is associated with the following aspects:

For that reason, the waterfall is usually also related to fertility and feminine energy.

Jumping and Climbing the Top of Waterfall 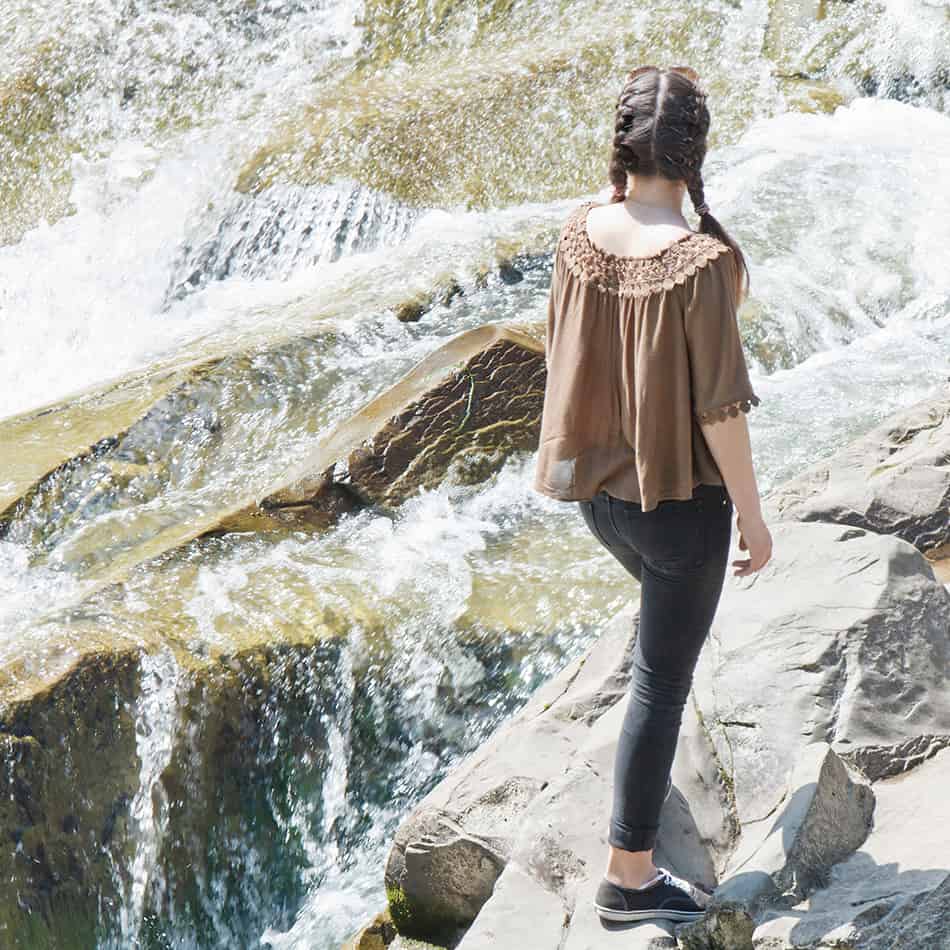 If you dream of jumping off the waterfall, it suggests you are ready to embrace your renewal. If you climb the waterfall in your dream, you are preparing yourself for acquiring some goal in the future.

Dream About Drowning in Water

It is believed that dreams about drowning usually try to warn us about our repressed emotions, whether they are related to love, anger, or loss.

To Dream of Someone Else Drowning 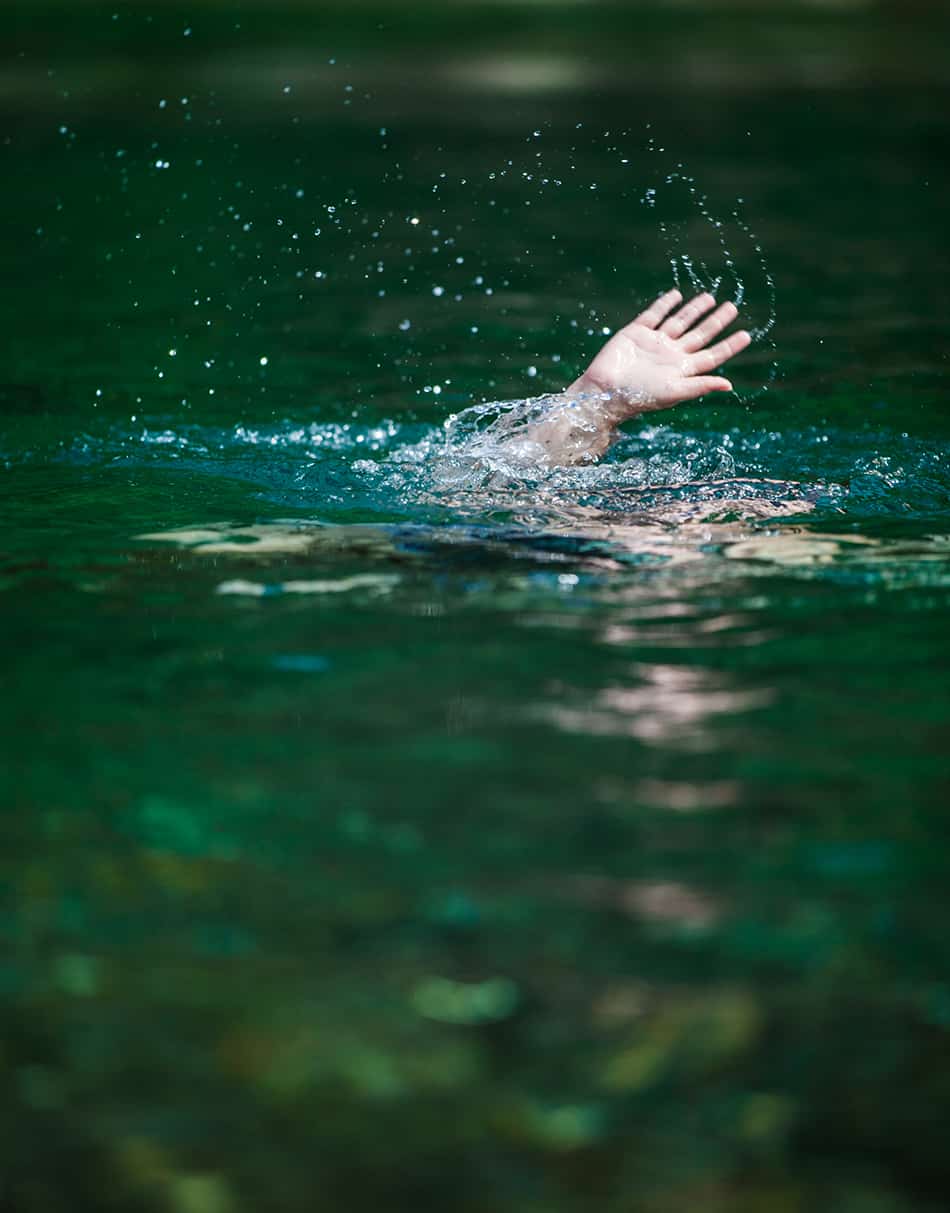 If you dream someone else drowning, it might signify that you feel out of control about something you are involved in. If that someone is your loved one, is usually symbolize your fear of losing them.

Dreaming about baby or child drowning might be an indicator of the need to leave the childish nature behind. The drowning child can also represent an idea, thought or business project in danger or even ending before it has even started.

To Dream of Yourself Drowning 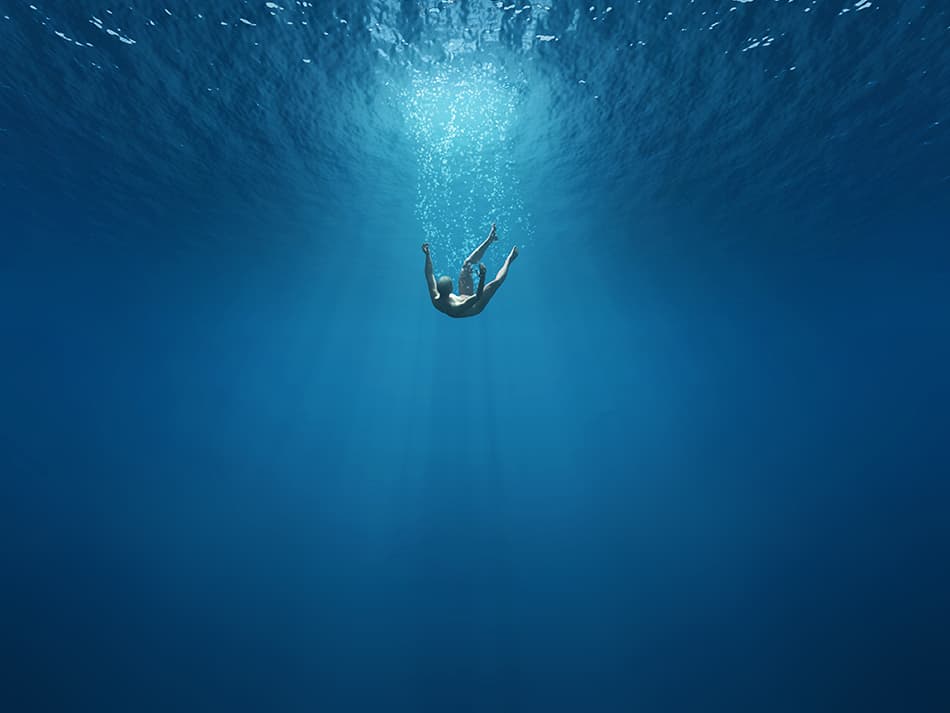 Additionally, the interpretation of dreaming about yourself drowning depends on the context. If you are in a pool or bathtub, it can reflect some ongoing bad habits that are no longer sustainable for your life. Dreams about drowning in the sea or ocean suggest a certain kind of instability, whether it is related to yourself feeling insecure and unstable for some reason, or the people you have lost as support.

To dream drowning in a river or under ice signifies you fell entrapped emotionally by something. Maybe you cannot deal with some responsibility or simply cannot get out of an unsatisfying relationship. 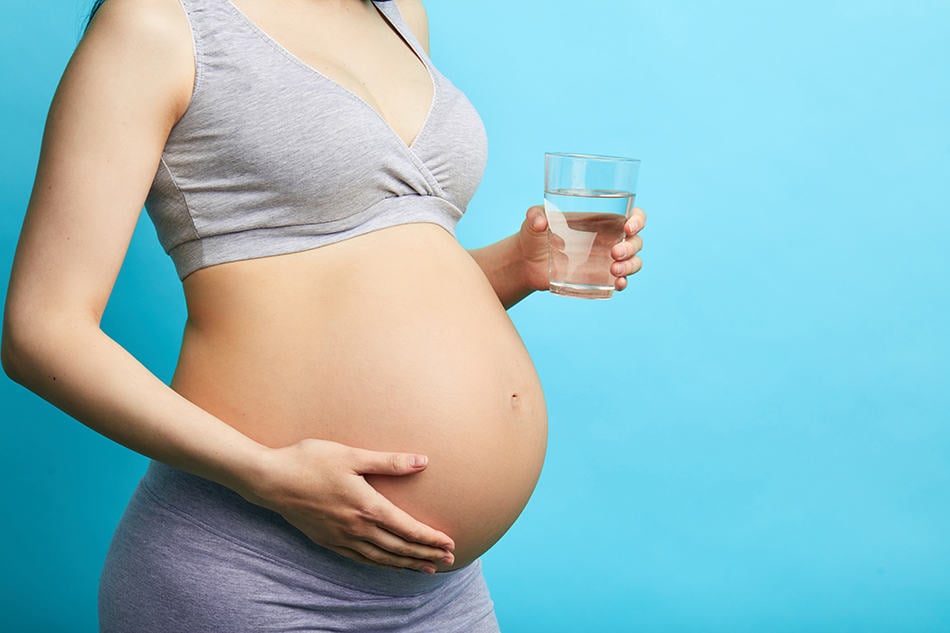 Dreaming about water while being pregnant might bring some new qualities and meanings to such dreams. Furthermore, it is believed that water is a very common symbol in dreams during pregnancy. It is related to producing more amniotic fluid, as well as your body preparing for your water to break.

To dream rain might mean your feelings are changing in accordance with the new chapter in your life. To dream tidal wave or drowning might signify you are overwhelmed by your emotions. Moreover, if you dream of floodwater, you should check the level of your anxiety about future events, whether they are related to childbirth, the post-delivery period, or some other type of insecurity.

For more about pregnancy dreams, read this article – What Does It Mean if You Dream of Being Pregnant?

Dreams about water provide us with insight into our emotional and spiritual side. Most of our body is made up of water which is responsible for life and growth on earth. Maybe we won’t find life on Mars, but we surely will find it in ourselves, if listen to our wise subconscious carefully.

Water dreams may help us in this way – to meet our inner selves and to find life in them, or simply to give them a new one. It is only important to remember them and to evaluate those dreams accordingly.

Do you dream about water? What forms and shapes does it take in your dreams, and did it help you to get on the top of your emotional waterfall?