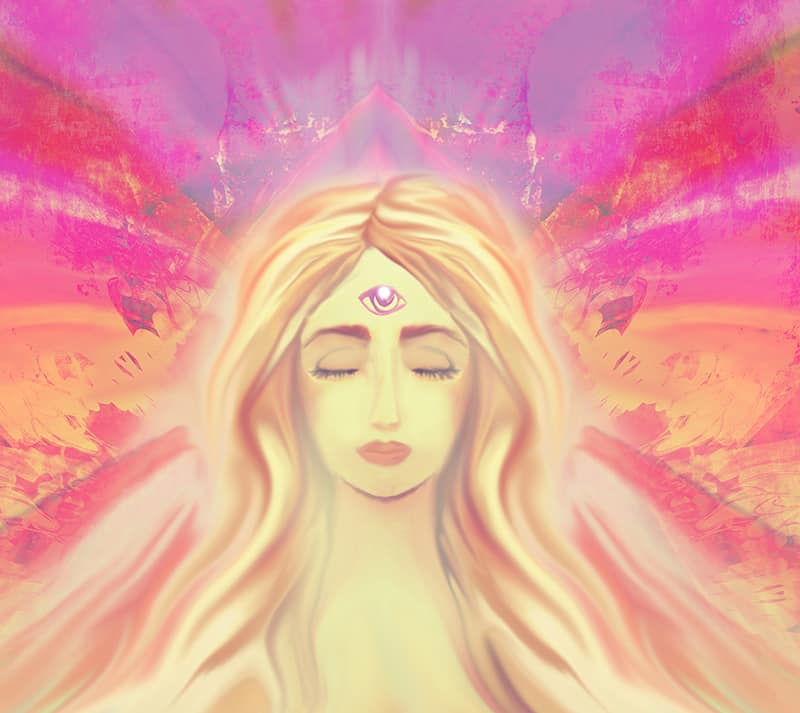 Dreams often look a lot like waking life, and most people have only two eyes. However, these physical limitations are not always present in the world of dreams, so you could potentially have a third eye in your dream.

If you dream of having a third eye, it could mean more than just looking a little different.

In general, eye dream symbolism includes taking in information and making sure you are not overlooking important things in your environment. This can apply to a dream of a third eye as well.

A third eye is generally not observably physical in the way that the two eyes most people have are. However, one of the seven chakras, which are invisible energy centers located throughout the body that are recognized in Ayurveda and other forms of energy healing, is called the third eye chakra.

Chopra reports that the third eye chakra, also known as the Ajna chakra or brow chakra, is located between the eyebrows and is the center of intuition. A dream involving a third eye can similarly symbolize intuition, insight, and forbidden information.

A dream involving a third eye could symbolize that you need to listen to your intuition. Hunches and gut feelings, as well as things you know without knowing how you know them, could turn out to be correct.

A dream of a third eye might mean that you will get the insight you need to solve a stubborn problem. Information that is important for you may come from an unexpected place, or you could look at the problem from a different perspective that helps you see the bigger picture.

A dream featuring a third eye could represent a situation where you have learned something that others did not intend for you to know about. You may be challenged to handle this forbidden information wisely.

A third eye dream can refer to the symbolism of the number three. As discussed in number dream symbolism, the number three carries a potential for instability or people ganging up on each other that the more complacent and self-satisfied number two does not.

However, if two parties are unable to come to agreement between themselves, a third could serve as a mediator. Especially given the third eye’s broader associations with intuition and insight, dreaming of a third eye could symbolize a third way out of a seemingly intractable conflict between two sides.

Dream of pus coming from a third eye

If you dream of pus coming from your third eye, this could symbolize that something has been blocking your capacity for insight. The pus coming out might actually be a good sign in the sense that whatever was clouding your vision, like an unhealthy view of the world, is being removed.

The process of discovering the problem, however, might be an uncomfortable one. If it involves beliefs you were attached to being challenged, you may feel in the moment that things are getting worse rather than better for you.

Dream of blood coming from a third eye

If you dream of blood coming from your third eye, this could symbolize that your capacity for insight is being cleansed and refreshed. As noted in blood dream symbolism, blood can symbolize cleansing, like in the case of menstruation.

Dream of closing a third eye

If you dream of intentionally closing your third eye, this could symbolize that you are choosing to limit your access to information. In some cases, this could be a good thing. Maybe you should stop overconsuming distressing news or getting involved in the personal business of other people.

However, this dream could alternately symbolize that you are choosing to be in denial about something that is your business to know about and act upon.

Dream that your third eye is blind

If you dream that you have a third eye that is blind, this could symbolize that you feel blocked from intuition and insight. However, Medical News Today notes that people who are blind sometimes have stronger senses of hearing and touch than people who are not blind, so your dream of a blind third eye could indicate that you need to take in information from other senses.

Dreams can also use puns and wordplay. There was a popular band in the 1990s called Third Eye Blind, so, if you came of age during that time, your dream could be encouraging you to reconnect with a more youthful part of yourself.

Dream of a third eye somewhere other than your forehead

As always, dreams try to communicate with you in a language you understand. If you are familiar with the idea of the third eye chakra, you might be more likely to have a dream about a third eye, or you might get more out of the interpretation of such a dream, than someone who is not familiar with that.

If an extra eye is just an eye for you, however, your third eye dream may simply be encouraging you to take a deeper look at the world around you.