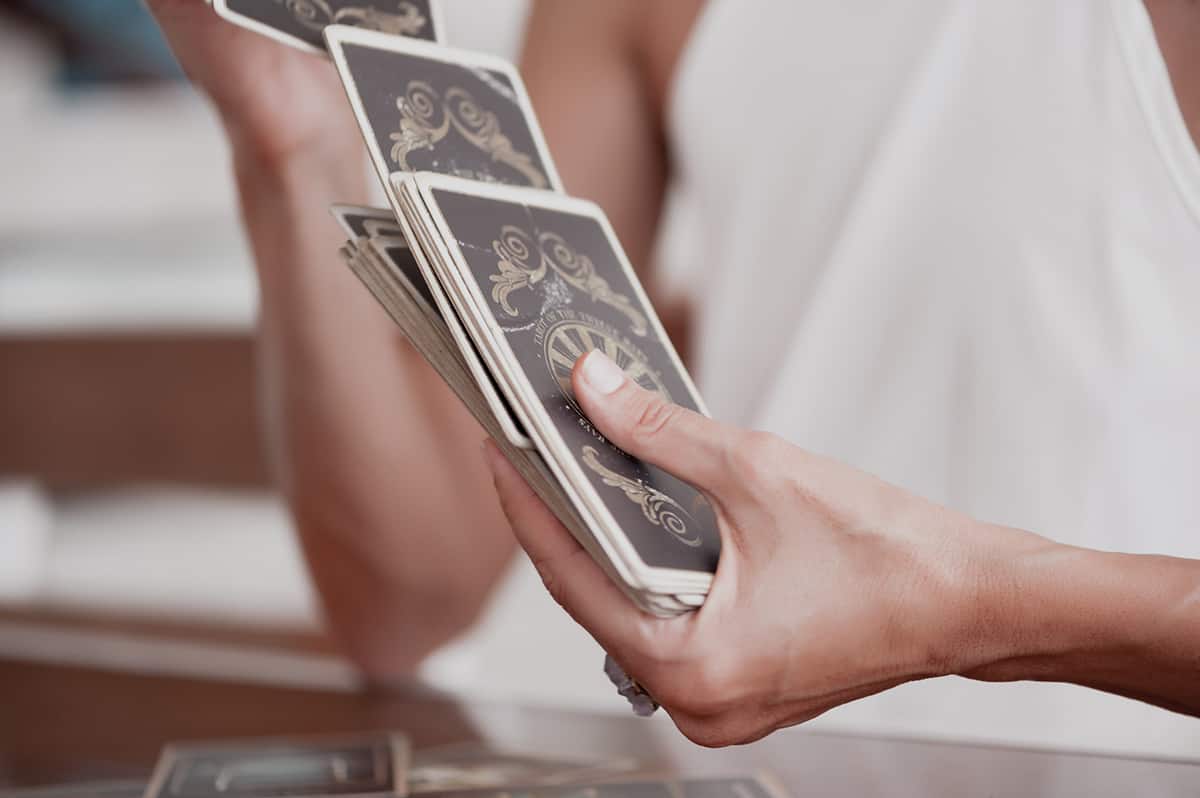 If you are looking for a new deck of tarot cards, you might be wondering which size is going to be the most suitable. The answer to this lies in what you will be using the tarot cards for and how big your hands are.

Here we look at the standard dimensions of tarot card decks.

What are Tarot Cards? 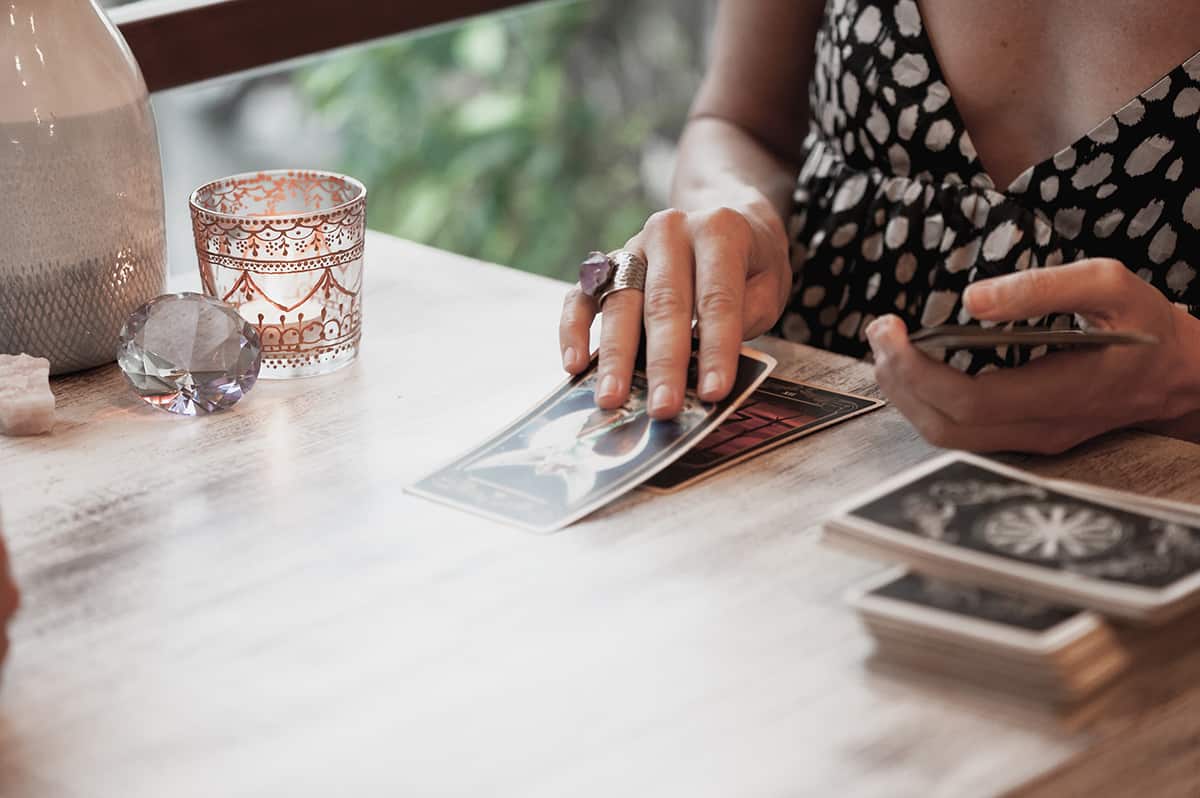 Tarot cards are a type of playing card which have been in existence since around the middle of the 1300s, though they did not become popular on a wide scale until the 1400s. They were used in European countries, including France, Austria, and Italy, to play card games, with Italy most commonly being cited as the place where the card games originated.

It wasn’t until several centuries later, in the late 1700s, that tarot cards began to be used for fortune-telling purposes. Tarot card readings are now a popular practice among those who believe in the supernatural, and in English-speaking countries such as the UK and the United States, the cards are rarely used for game-playing any longer. However, in large parts of Europe, tarot cards are still predominantly used to play card games.

What is in a Tarot Card Deck? 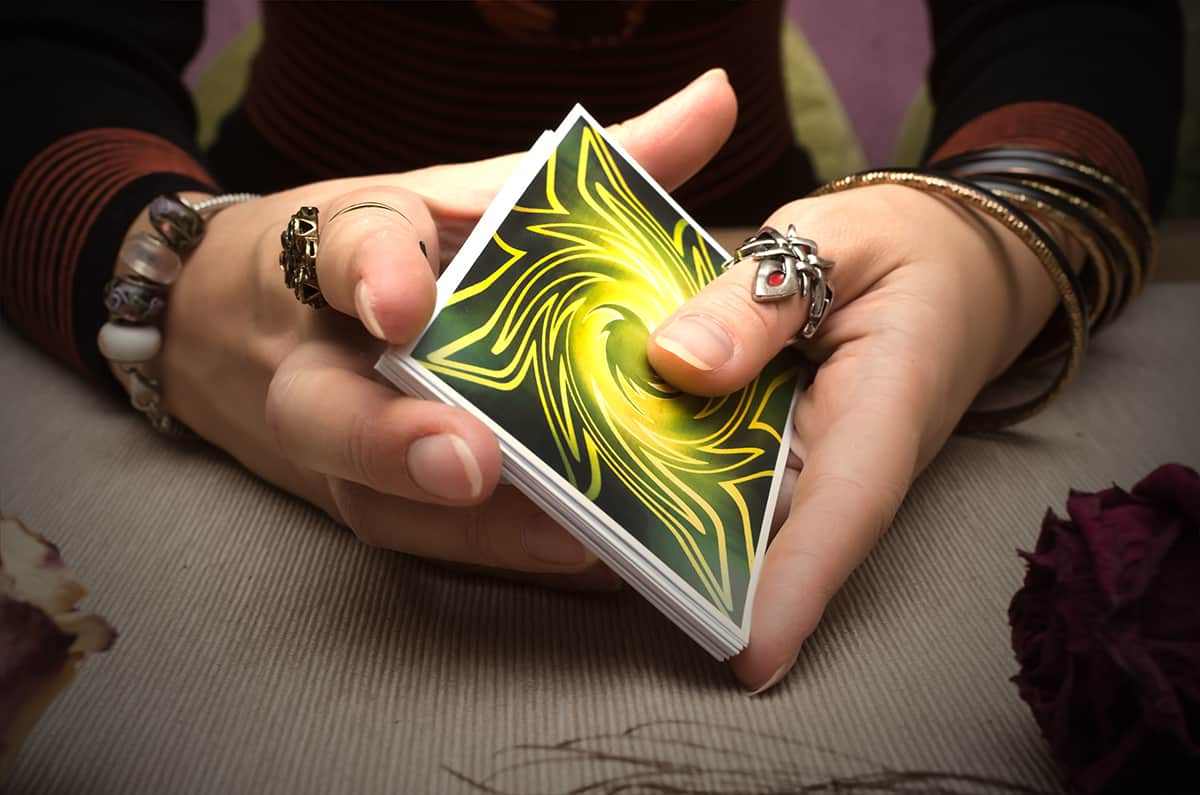 Each deck of tarot cards has four suits, just like regular playing cards. These suits can vary depending on the region where the cards were produced, but each suit will always have 14 cards.

In addition to this, there are a further 22 cards which are made up of 21 trump cards and a fool card. Amongst people who use the tarot cards for supernatural purposes, this section of the cards is known as the Major Arcana.

What does ‘Tarot’ Mean?

The word ‘tarot’ was derived from an Italian word ‘tarocchi,’ which historically was used to describe foolishness.  Similar words in the Italian language are ‘tarocco’ and ‘taroccare,’ which are used to describe something that is fake or not as it appears to be.

In English-speaking countries, tarot cards are most widely known as cards that are used by fortune tellers or in supernatural circles, but across Europe, these cards are predominantly used for playing card games.

In the 1700s, tarot games were the most popular card games played in Europe, and a tarot revival was seen across France more recently in the 1970s. France still has a strong community of tarot players to this day. 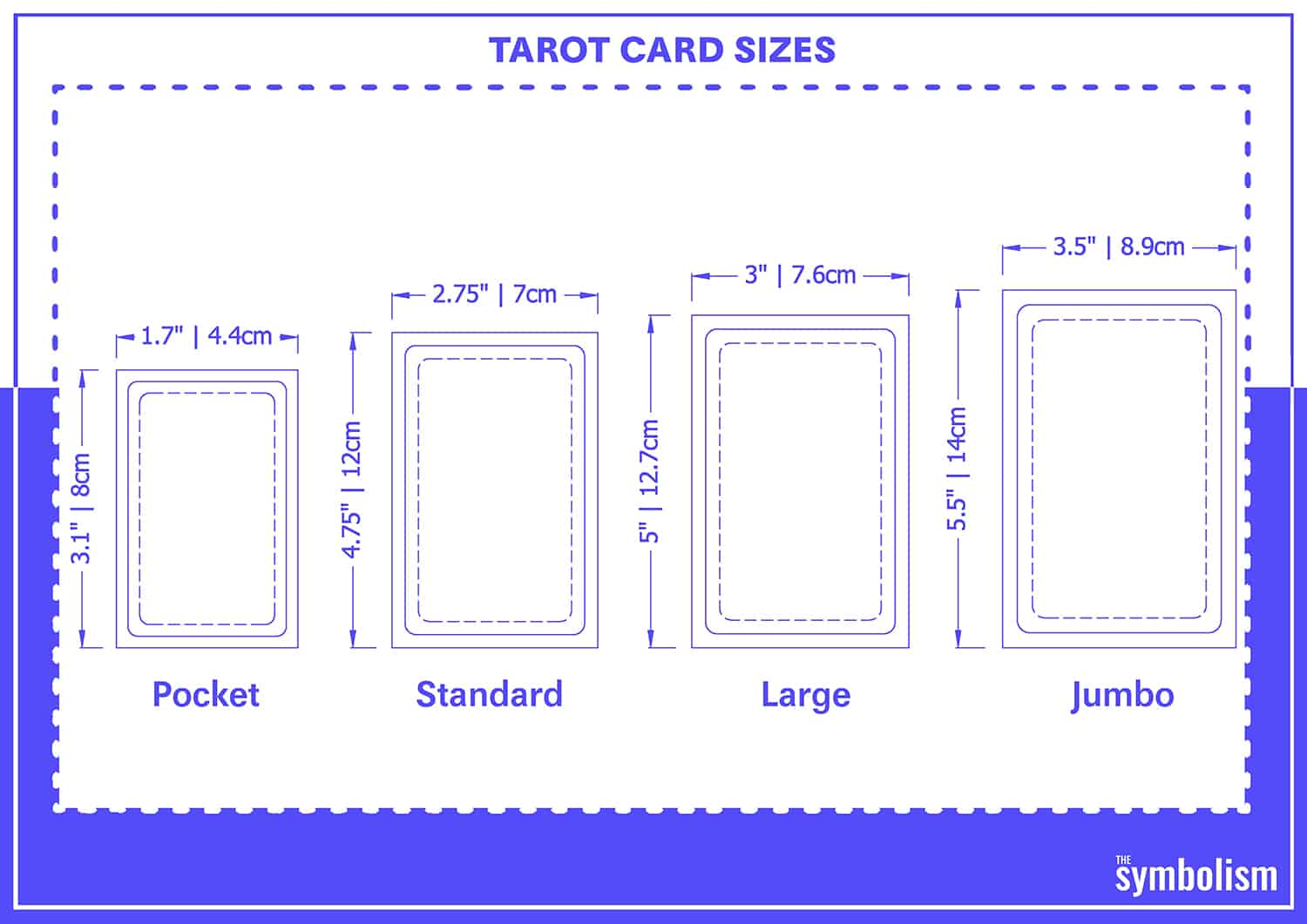 Regular playing cards are generally always produced in one of two standard sizes; poker size and bridge size. These two sizes are very similar to each other, with only a quarter of an inch difference in the width measurement, while the length measurement is exactly the same in both types of card sizes. However,  tarot cards come in a variety of sizes.

Depending on what you are going to be using the tarot cards for, you may find that a different-sized deck is preferable for you. The common sizes in which tarot decks come are pocket, standard, large, and jumbo.

You can also have tarot cards custom-made to a specific size, but one of the following sizes is generally suitable for most people’s uses, so custom cards are rarely a necessity.

Pocket size tarot cards are the smallest standard size of tarot cards available. These have dimensions of 1.7 inches by 3.1 inches, which is the equivalent of 4.4cm by 8cm.

This size of tarot card works well for children or people who have smaller hands because the smaller dimensions can make them easier to manage, especially for shuffling. This size might also be suitable for tarot card readings if you only have a small table surface to work with, as it means you will be able to display more cards at one time.

The main drawback of the pocket-sized tarot cards is that the artwork can be more difficult to see, especially on cards that have a lot of detail. You could use a magnifying glass in conjunction with tarot card readings for this purpose.

Standard-sized tarot cards are the most common size of deck you will see, and they have measurements of 2.75 inches by 4.75 inches, which equates to 7cm by 12cm. Many people find that the standard size of card offers the best compromise in terms of dimensions because the cards are big enough that artwork can be seen more clearly, but the cards are small enough that they can still be shuffled easily by people with average-sized hands.

They are also small enough that plenty of cards are still able to be shown on an average tabletop for those who offer tarot card readings. If you want to play card games with tarot cards, then this size is the best size to use.

Large-sized tarot cards are favored by tarot card readers because they have intricate artwork, which can be seen much more clearly when it is oversized. The large tarot cards have dimensions of 3 inches by 5 inches, which equates to 7.6cm by 12.7cm. If you find that the jumbo cards are too big to manage easily, but the artwork on the standard cards is too small, then the large size makes for a good compromise. This size is also favored by people with bigger hands.

The jumbo tarot cards are the biggest size which is widely available. These cards allow the reader to see much more of the detail in the artwork, which can make for more accurate or interesting readings.

The dimensions of the jumbo cards are 3.5 inches by 5.5 inches, which is the equivalent of 8.9cm by 14cm. The main issue with these jumbo cards is that they can be difficult to handle, especially for shuffling. You will also need a generous tabletop surface to be able to lay these cards out in front of your customer, as each card will take up a significant amount of space.