Because the profound Truth vs. Lies conflict is so embedded into the human essence, it is featured in all elements of our shared culture – holy scriptures, literature, poetry, art, and symbols.

The Truth and Lies in Culture and Arts

In Roman mythology, Saturn’s daughter Veritas is the goddess of truth – and that’s exactly what her name means.

Also, as we’ll see more in-depth later, Satan is known as “the father of lies.” On the other hand, according to John 14:6, Jesus famously said, “I am the way, the truth, and the life.”

Beyond religion, truth and lies are also common topics in literature and theatre. For example, nearly all Shakespeare’s dramas feature the issue of truth and lie at their very core.

Fast forward a few hundred years – in the renowned 2019 TV series Chernobyl, one of the key moments is when the main protagonist Valery Legasov asks at the public hearing, “What is the cost of lies?”

But what about the symbols of truth and lies? How has human creativity brought the issue into the realm of signs?

Read on to get to the truth (or at least, my version of it).

Truth is seen as one of the virtues so great that is nearly – or literally – personified. In the introduction, I have mentioned the Roman goddess Veritas; accordingly, Veritas was also a virtue of truthfulness, “which was considered one of the main virtues any good Roman should possess.”

The significance of truthfulness, truth-seeking has kept their importance to this day.

Here are the symbols that reflect the truth.

Here is a Norse symbol – and a mythology character, to be more precise – that most readers will find odd at first. Maybe it was this legend that the band Talking Heads had in mind when coming up with a name.

Mimir was well-regarded for his wisdom, vast knowledge, and truthfulness during his normal human life. However, Mimir was killed and beheaded in one of the wars among Norse deities. The head was sent Odin, one of the main Norse gods, who used his divine powers to keep it from decay and make it alive again.

From then on, the living head of Mimir became Odin’s adviser, revealing to him the truth of the universe, and many other secrets.

Because of this, in Nordic culture, Mimir as a symbol is associated with truth, knowledge, and wisdom.

Interestingly, although etymologists are not certain of the true meaning of the name Mimir, what they do know is that it is definitely connected to – and possibly led to the evolution of – the English word “memory.” 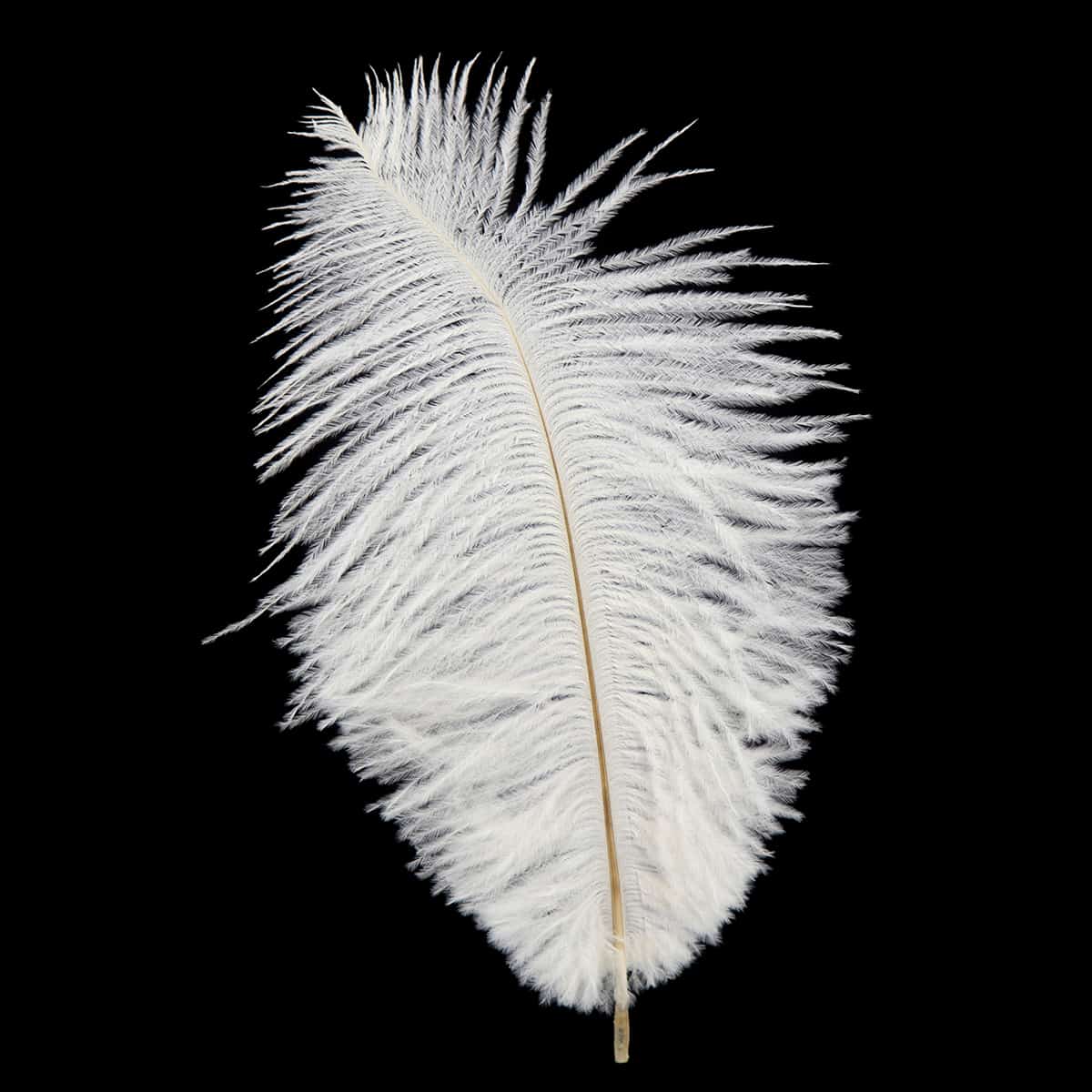 Ostrich is an iconic flightless runner of North Africa. It is no wonder it had an important place in local cultures.

In Ancient Egypt, the ostrich feather, with its characteristic shape and pattern, symbolized truth and justice. It was in direct connection with the Goddess Ma’at, who, according to the legend, used it as “the feather of truth.”

According to tho the Egyptian legend, during the soul ceremony that takes place after the death of the body, the heart of the deceased was weighed on a “scale of justice” with the Feather of Justice on the other side. Light-heartedness – indicated by its balance with the feather – meant that the person did good in the course of its Earthly life and, thus, deserved an afterlife.

Ostrich feather was such a powerful symbol because its truth-telling stood between the afterlife and nothingness.

Already mentioned repeatedly in this article, it is about time to study the Roman goddess of truth – Veritas – as a symbol.

Veritas is commonly depicted in two different ways – as a female dressed in white or as a naked virgin holding a hand mirror. The second iteration is known as the “naked truth” (Nuda Veritas) – yes, that’s where the expression comes from.

In Western culture, the word Veritas itself is often used as a motto.

Wisdom eyes or Buddha’s Eyes are commonly featured in Buddhist places of worship and meditation.

The symbol is made out of a giant pair of eyes, half-closed in a meditative state. However, the eyes are not all there is to the symbol. If you look closer, there are two spirals – one above the eyes and one just below.

Together, these elements represent the all-seeing aspect of Buddha. The physical eyes plus the spirals symbolize the ability to look at and comprehend both the external world and the inner world of the human soul – and the truth about the world as a whole.

Although “keeping your fingers crossed” is a typical gesture when you wish somebody luck, the same finger motion with the hands placed behind one’s back can mean that the person has just lied and wants to be “excused” for it.

The gesture is most commonly associated with children when telling white lies. Also, it is used when people want to invalidate a promise they had just made. We can frequently encounter both of these images in popular culture.

Be careful if you want to use this finger sign, even as a joke, outside of the Western culture. In Vietnam for example, this hand sign is considered rude and an equivalent of “the middle finger.”

Pinocchio and His Nose 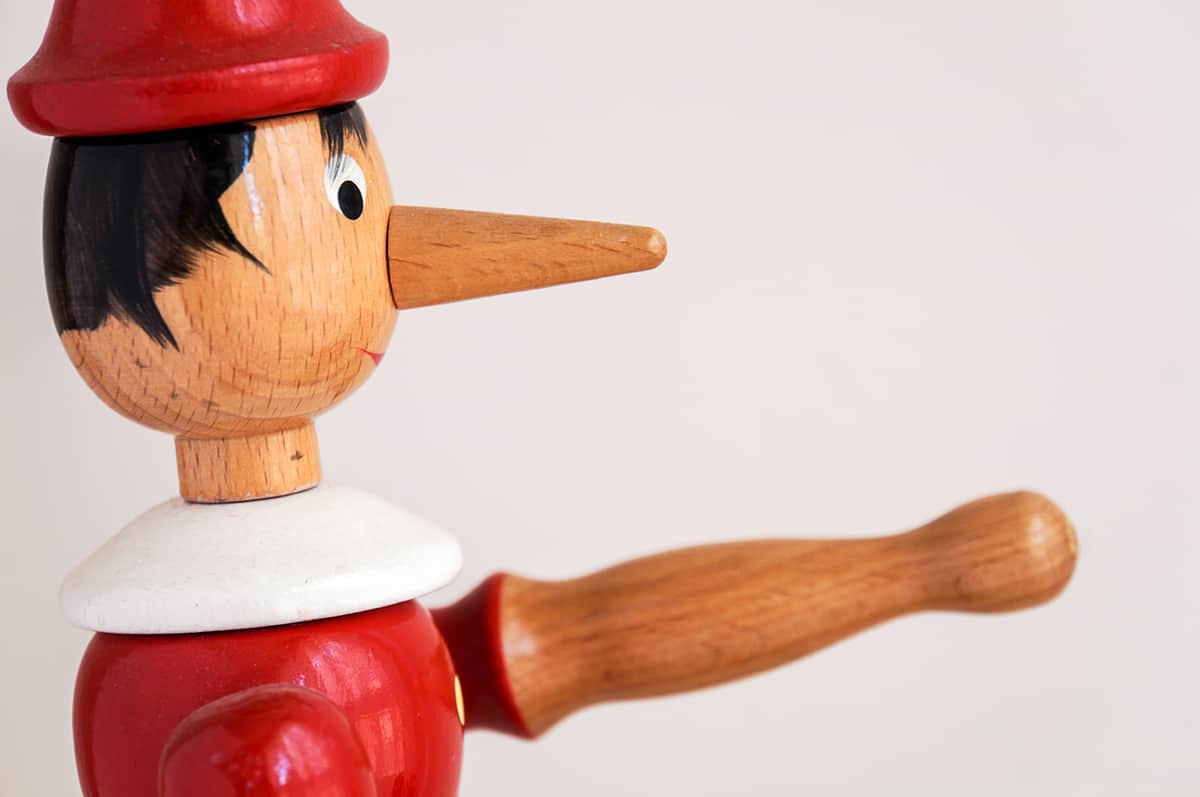 Poor Pinocchio. From the beginning of this 19th century Italian children’s novel, this wooden boy seems out of luck. It gets worse (but not the worst yet) when Pinocchio’s nose starts growing whenever he tells a lie. And since he ends up in some naughty company, that nose grew a lot!

Popularized by Walt Disney and his namesake studio through the animated movie, Pinocchio has become one of the main stories for numerous generations.

That is precisely why Pinocchio’s growing wooden nose – going from a small cute thumb-like structure to a full-blown tree branch – has become such a strong synonym for lying.

Interestingly, scientific studies have shown that the human nose actually heats up when people lie. Unsurprisingly, the phenomenon is known as the Pinocchio effect. 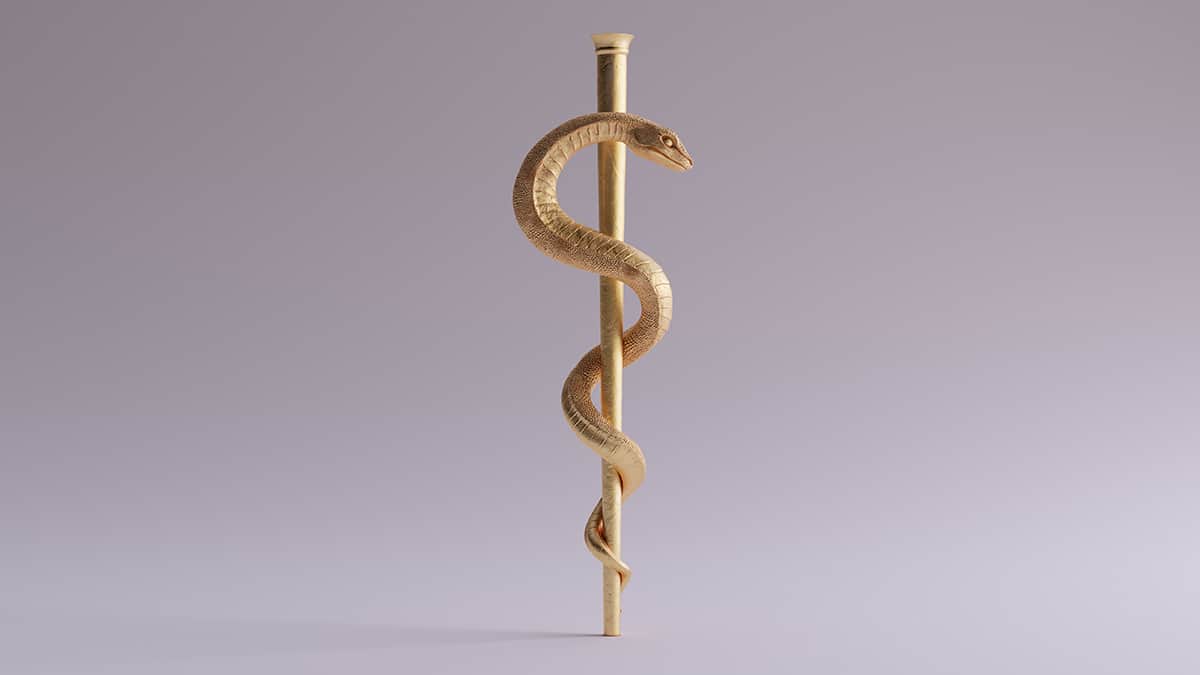 First, let’s make one thing clear – a serpent is a symbol with a wide variety of meanings in different cultures, and not all are negative. Here, we will be talking specifically about the Bible symbolism of the serpent – since it is pretty much the only one that equates snake with evil and deception.

As you may know, the Serpent was the first manifestation of Satan, who crawled into Heaven to spite Adam and Eve. It tricked Eve into believing that eating the forbidden fruit was a good move, resulting in the freshly-made humankind being expelled from Heavens.

Obviously, the snake lied to Eve, making it a symbol of a lie in Judeo-Christian tradition pretty much for good. 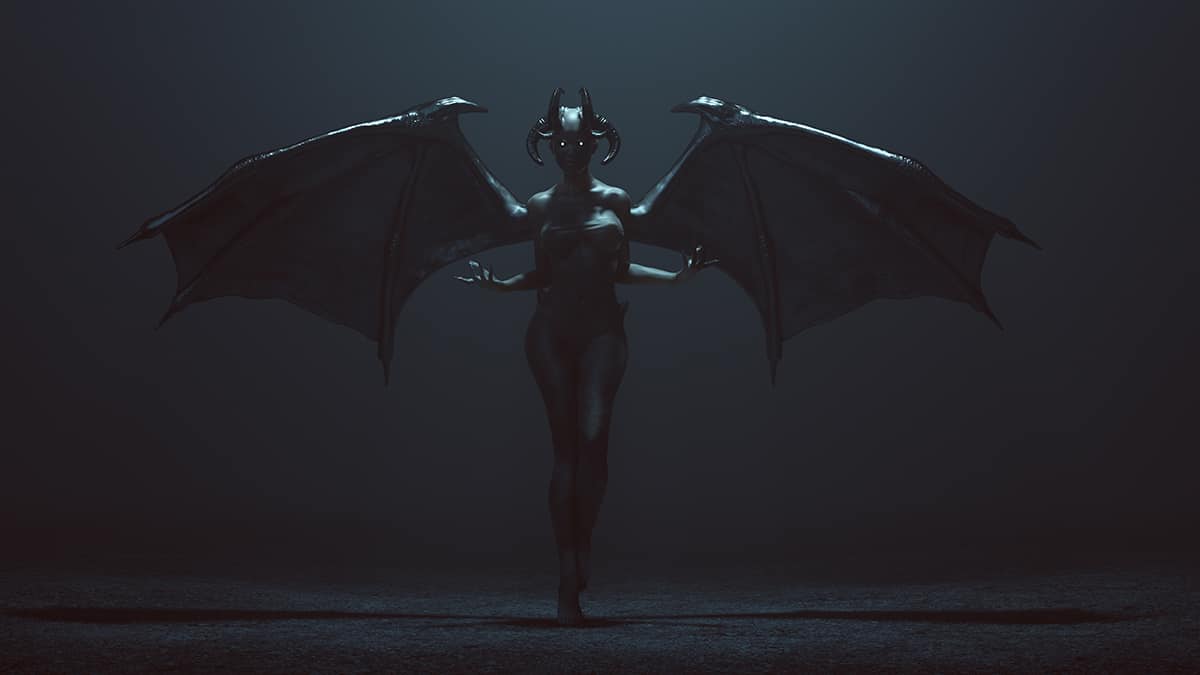 Now, here’s the serpent in its true form. Although you can assign almost any bad trait to the main antagonist of the Judeo-Christian realm, the fact is that the devil has been called out about lies directly in the New Testament.

In John 8:44, it is stated that Jesus Christ said the following words:

“You belong to your father, the devil, and you want to carry out your father’s desires. He was a murderer from the beginning, not holding to the truth, for there is no truth in him. When he lies, he speaks his native language, for he is a liar and the father of lies.”

And, truth to be told, the only direct occurrence of Satan in the New Testament – when he tempted Jesus in the desert – has been completely marked by lies and deceit.

I hope you have enjoyed this little introduction to some unusual symbols that stand for the truth on one side, and for lies on the other.

The ancient nature of the truth symbols makes us realize again and again how important the virtue of truthfulness was to people from very early on – regardless of the civilization they belonged to. Norse, Egyptian, Roman, or East Asian – the truth is equally appreciated on all continents and meridians.

As for the symbols of lies, a few people will use them in this context as “their” symbol. However, the knowledge can always come in handy – for example, if somebody is trying to accuse you of lying by using symbols. Or, simply – to remind you why lying is bad for you (right, Pinocchio?).

What’s your relationship with the truth, the lies, and their symbols? Drop a few lines in the comments on this intriguing and ever-important topic.