The feminine is a source of all life, biological survival, and procreation, but also the main stronghold of care, affection, and love. As such, it has always been a major fascination, a source of mystery and inspiration.

After, we even our home planet “the Mother Earth.”

Naturally, there are a number of symbols stemming from ancient cultures and religions, but also from popular culture, that signify the feminine principle.

As you will soon see for yourself, within these symbols, the feminine is often associated with the divine, motherhood, wisdom and with general well-being. Other examples are more down-to-earth, perhaps a bit vain, and even vulgar – but still interesting to study as they offer a historical glimpse into our ever-evolving relationship with the feminine.

Follow me on this road through the mysterious and gentle world of womanhood and its symbols. 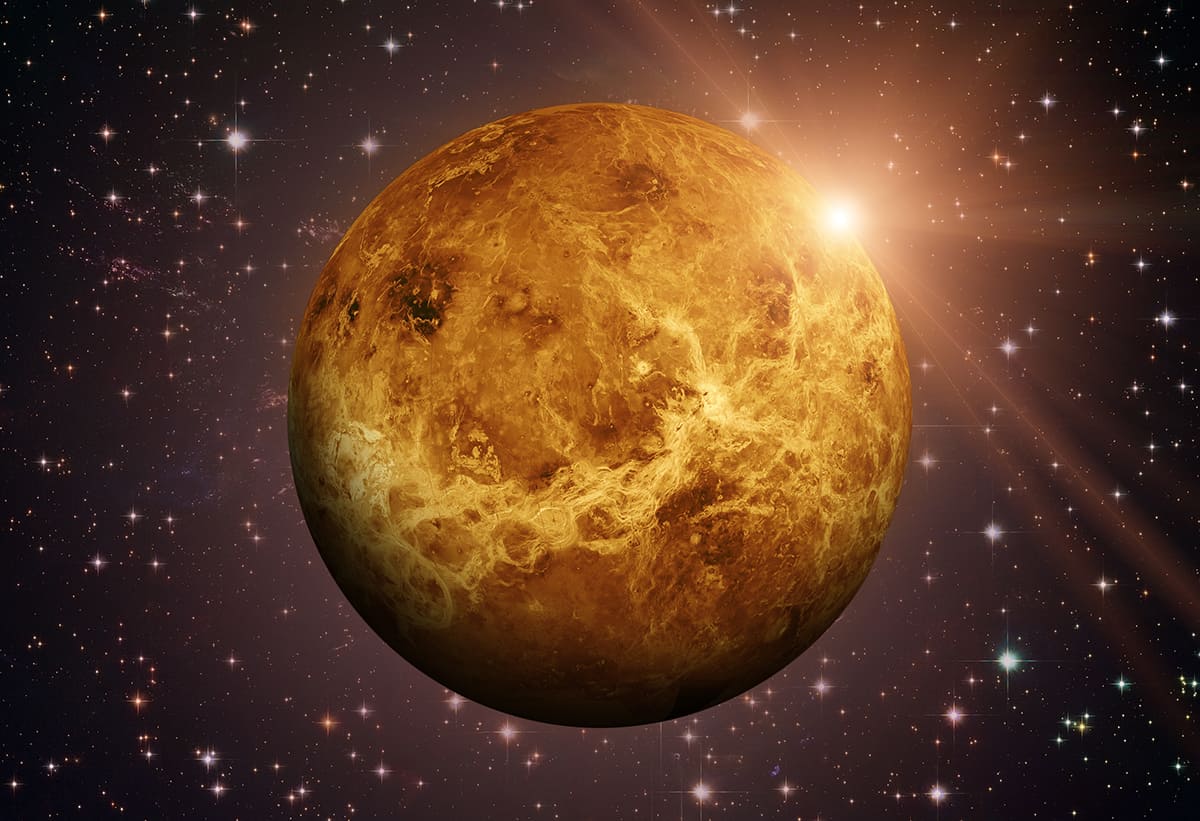 The Venus symbol is probably the most well-known symbol of femininity, as it is commonly used as the “official” symbol of womanhood to mark things from garments to women’s restrooms. But, have you ever wondered where it came from?

The symbol was derived from the classical Greek letter for the planet Venus. Also, it was used in Ancient Rome as a symbol for the goddess Venus (the equivalent of the Ancient Greek Aphrodite).

And why does it looks the way it does? Actually, the Venus symbol is thought to be the representation of the hand mirror of this goddess.

There are variations of the Venus symbol. For example, the two interlocking Venus signs represent same-sex female relationships and lesbian sexual orientation.

Not unsurprisingly, the male counterpart of the Venus symbol is the symbol of the god Mars. 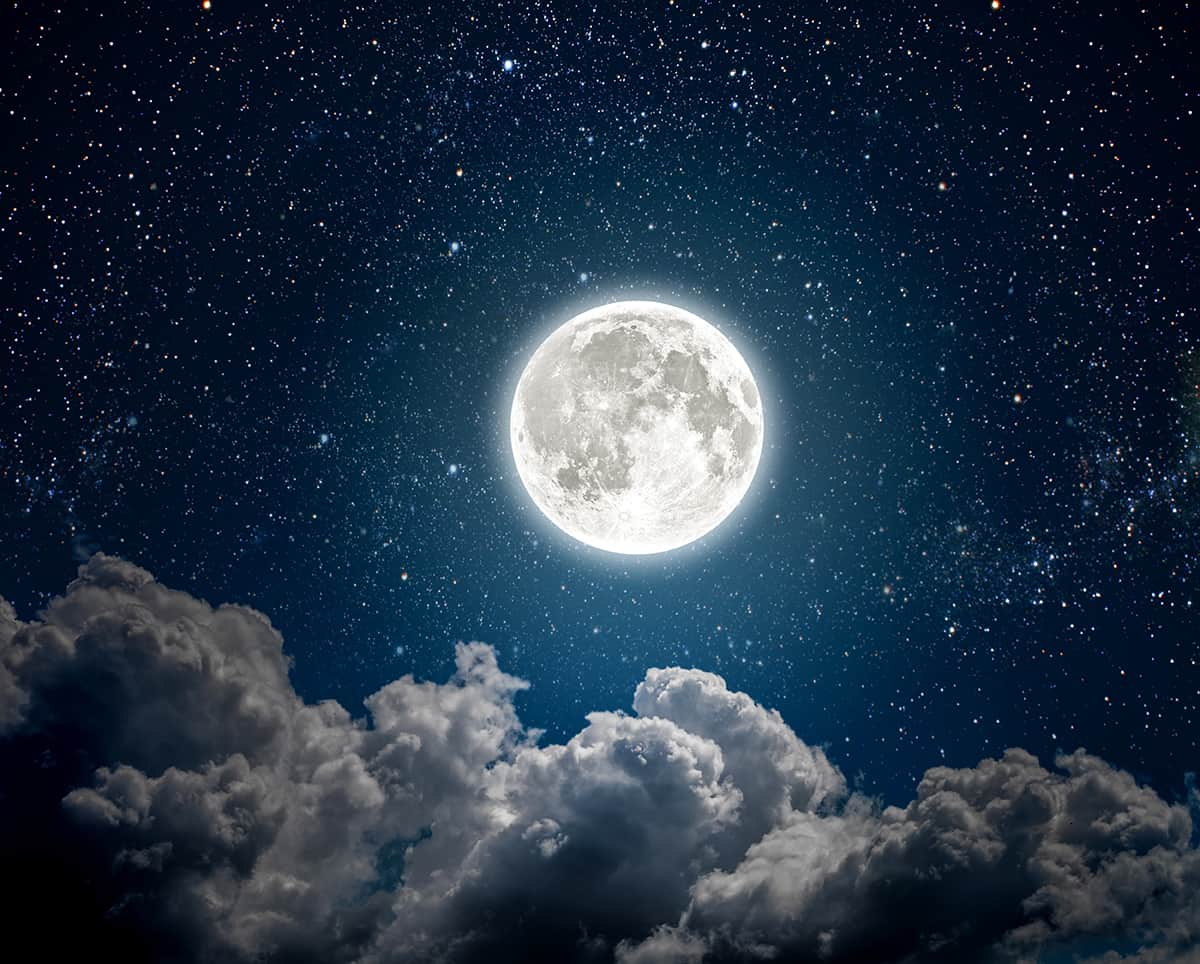 The Moon as a celestial body is one of the strongest representations of the feminine. Most obviously, the lunar cycle is closely connected to the female reproductive cycle. However, there are other, more symbolic reasons.

While the Sun symbolizes the masculine and the male gods, the Moon is a female counterpart associated with goddesses. Artemis, Demeter, Hecate, Persephone and Selene (Ancient Greece), Isis (Ancient Egypt), and Tsukuyomi (Japan) are all goddesses that have the Moon as their symbol or associated celestial body.

The mystery of the Moon and the feminine may also have one more connection.

The darkness of the night can be associated with the darkness of the womb. Quite obviously and well-known to all of us, the Moon the dominant entity of the night sky. It is also the light that guides through the night, as the mystery of the feminine guides a new life towards birth. Additionally, the birth of a new human being commonly begins or fully happens during the nighttime, the time of the Moon’s sky governance.

When the symbol of the moon is used in jewellery making, the moonstone is often incorporated into it, giving an additional feminine streak to the object. 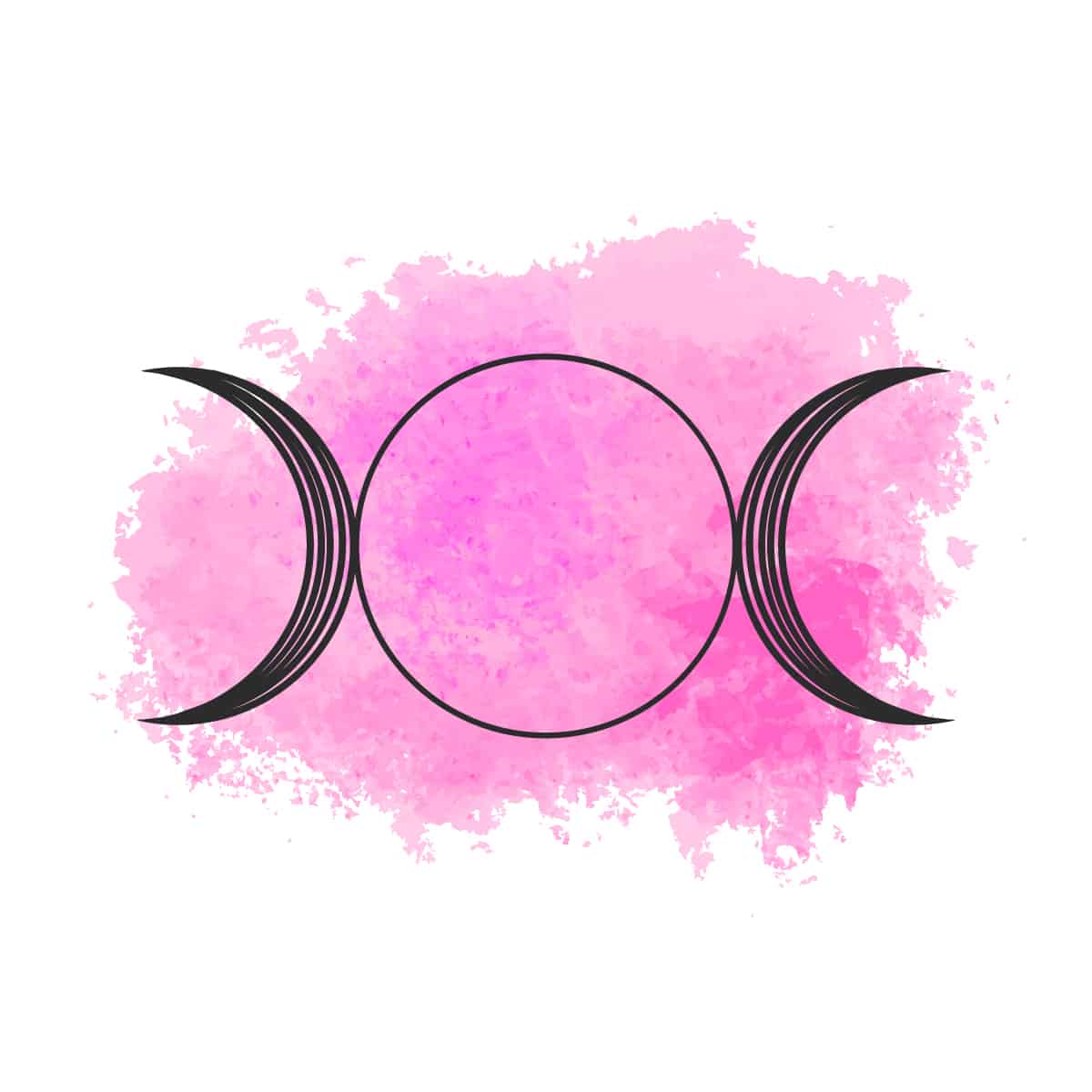 Here is where the moon becomes a complete symbol of the feminine, with a direct story to tell.

As the name suggests, the Tripple Moon symbol consists of three moons, or more precisely, the three Moon phases. On the left there is the Waxing Moon, in the center there is the full Moon, and on the right, there is the Waning Moon.

Each of these Moon phases represents a side of femininity, a female archetype and a phase in a woman’s life.

The Tripple Moon is an important and highly regarded spiritual symbol within Wiccan and Neopagan traditions, that pay close attention to the feminine. 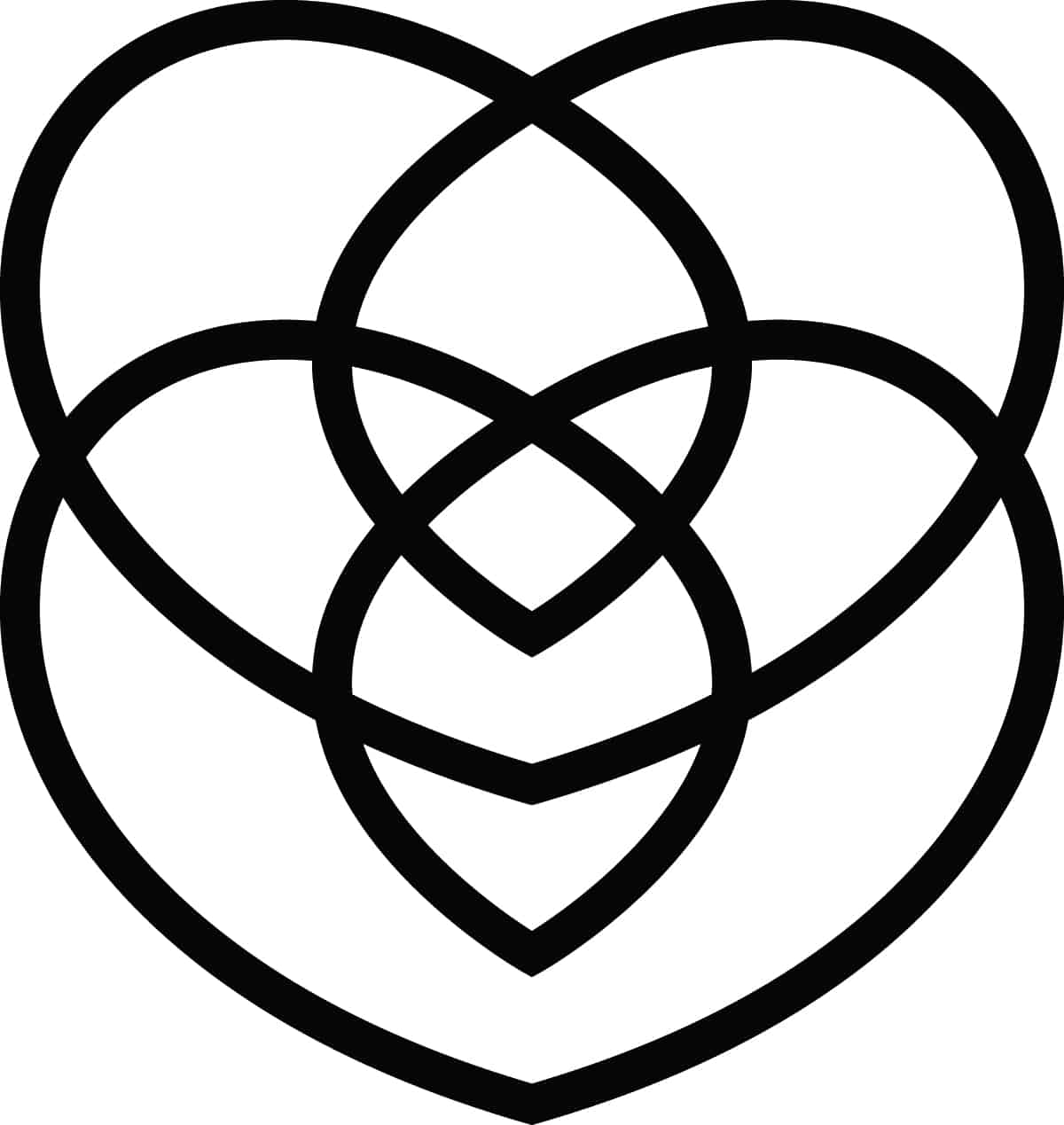 As with many Celtic symbols, if you look at the Motherhood Knot, you will see that these abstract lines are not random.

A variation of the Triquetra, the original Trinity Knot, The Celtic mothering symbol is made up of two stylized hearts interwoven into infinity. However, the knot can be more complex – with several hearts or with additional dots inside or outside of the heart area – depending on the number of children a mother has. This way, the symbol can become personalized.

With its interwovenness, the Motherhood knot symbolizes the bond between the mother and the child during their lifetimes, but also beyond, in eternity, when the Earthly life has ended.

In many places on the web, you can find a variation of the Motherhood or Mother’s Knot that looks significantly different from the one I’ve shown you.

That is because these symbols are Celtic-based, but not the original Celtic symbols. They were designed in recent times by enthusiasts. While likely well-meaning, promoting these symbols as “Celtic” can sow a lot of confusion in individuals interested in symbols.

As you may see, I avoid calling these symbols “fake” since these are well-designed and can still carry significant symbolism, despite being of modern origins. However, people using them – and especially people getting them as tattoos – need to know that these are not original Celtic symbols.

Appropriately, the symbol itself consists of three symbols: the Trishul represents power and protection, OM stands for divine knowledge and Swastika is a symbol of wealth, abundance and general wealth. Also, there is a lemon on the top of the Trishul trident, for good luck and protection. 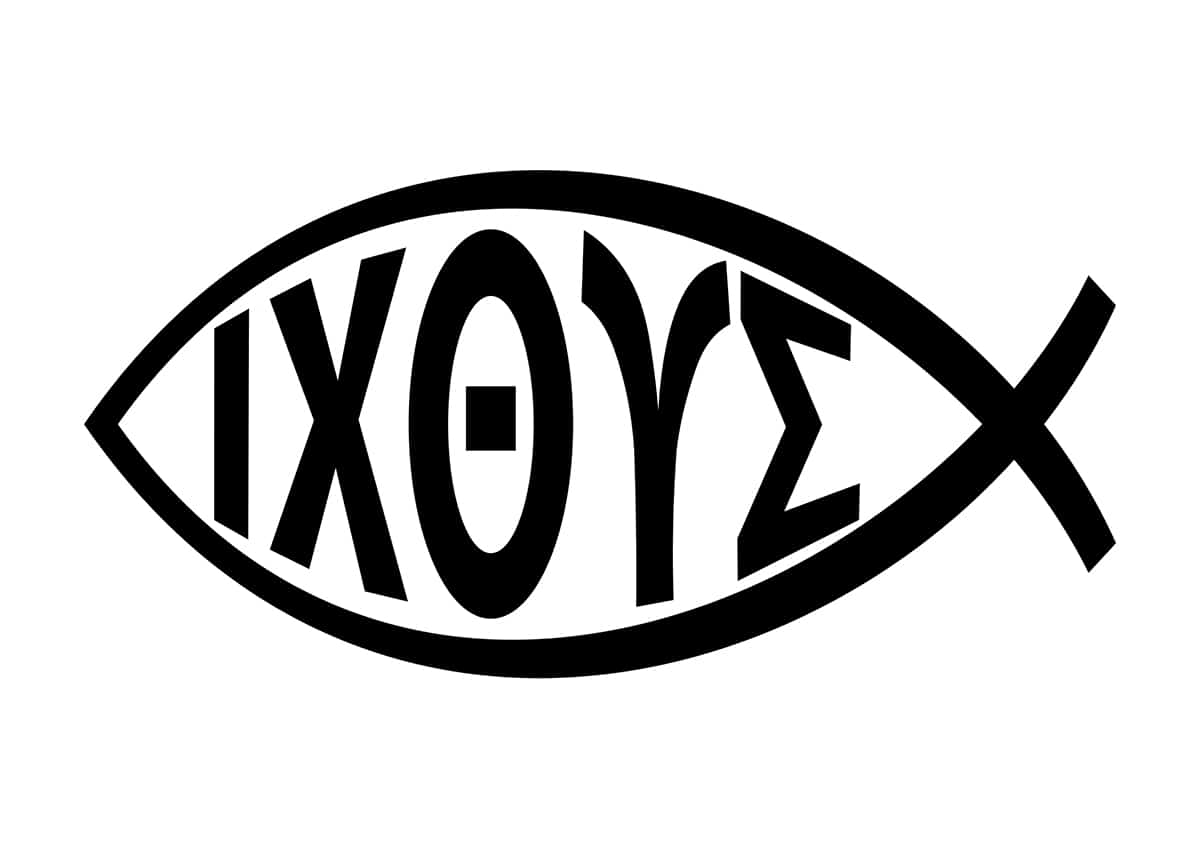 Back then, Ichthys represented the female sexual organ itself. During the ancient pagan civilizations (Greek, Roman), it was often found alongside the images of fertility goddesses such as Artemis, Aphrodite and Atargatis.

The trace of Ichtyus being this kind of symbol can be still found in some European languages, where the private part is colloquially nicknamed “the fish.”

So, how did the Ichthys become one of the main symbols of Christianity, and how did it lose its associations with female sexuality? Here is a theory that may explain this radical turn.

During the times of fierce persecution of Christians by Romans, the followers of Christ needed a secret symbol by which they could identify each other. In a sort of a subversive act, they have chosen Ichthys – simply because it was so well-known and omnipresent, thereby causing the least attention. 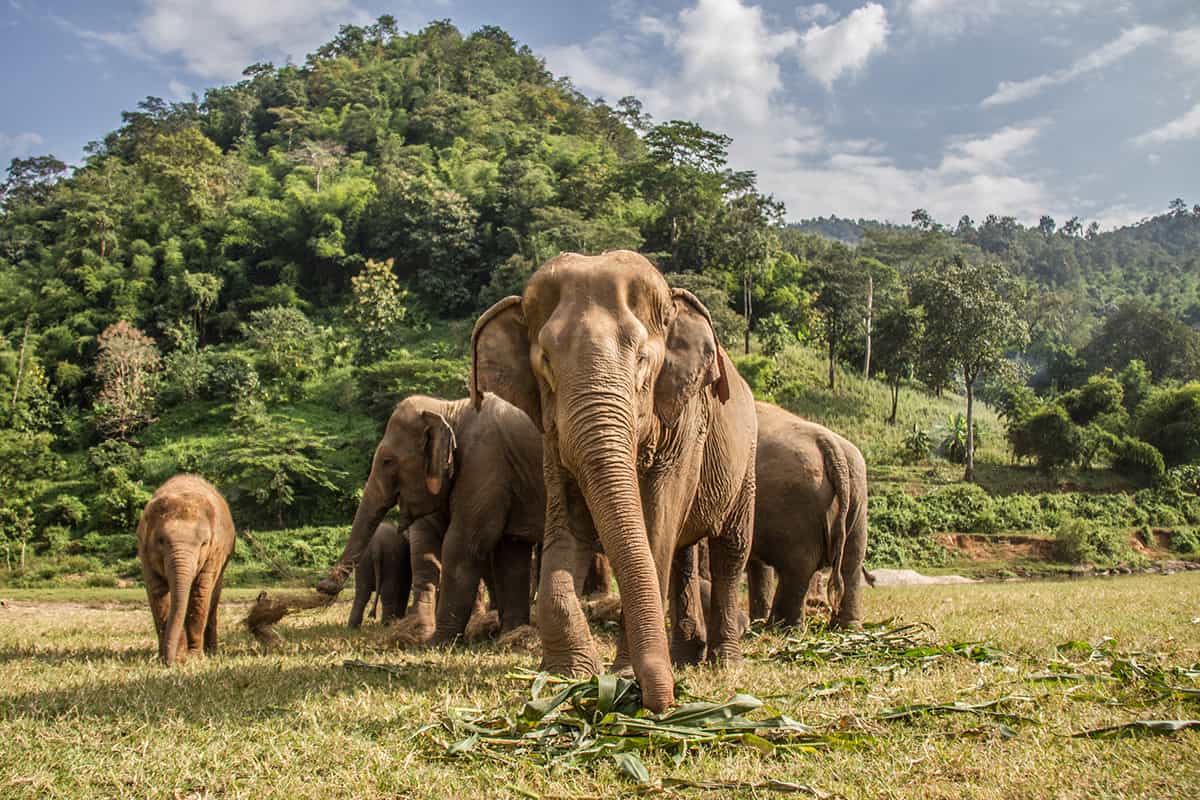 Now a glimpse into the real animal world and associations with the feminine.

You probably know that elephants live in matriarchal societies, where the entire elephant herd is governed by a mature, experienced, dominant female elephant. However, it is not this fact, but rather the traits of the female elephants that make them a symbol of the feminine, especially in Asia and Africa, the elephant homelands.

Female elephants are exceptionally caring and courageous mothers, often caring for their calves even in their adult lives and living in mother-centred families. The momma elephants are also known to always grieve their dead young, and the mourning ritual often extends throughout the entire elephant family.

Also, the traits such as emotionality, wisdom, and strong intuition are often associated both with the elephants and the mature femininity. 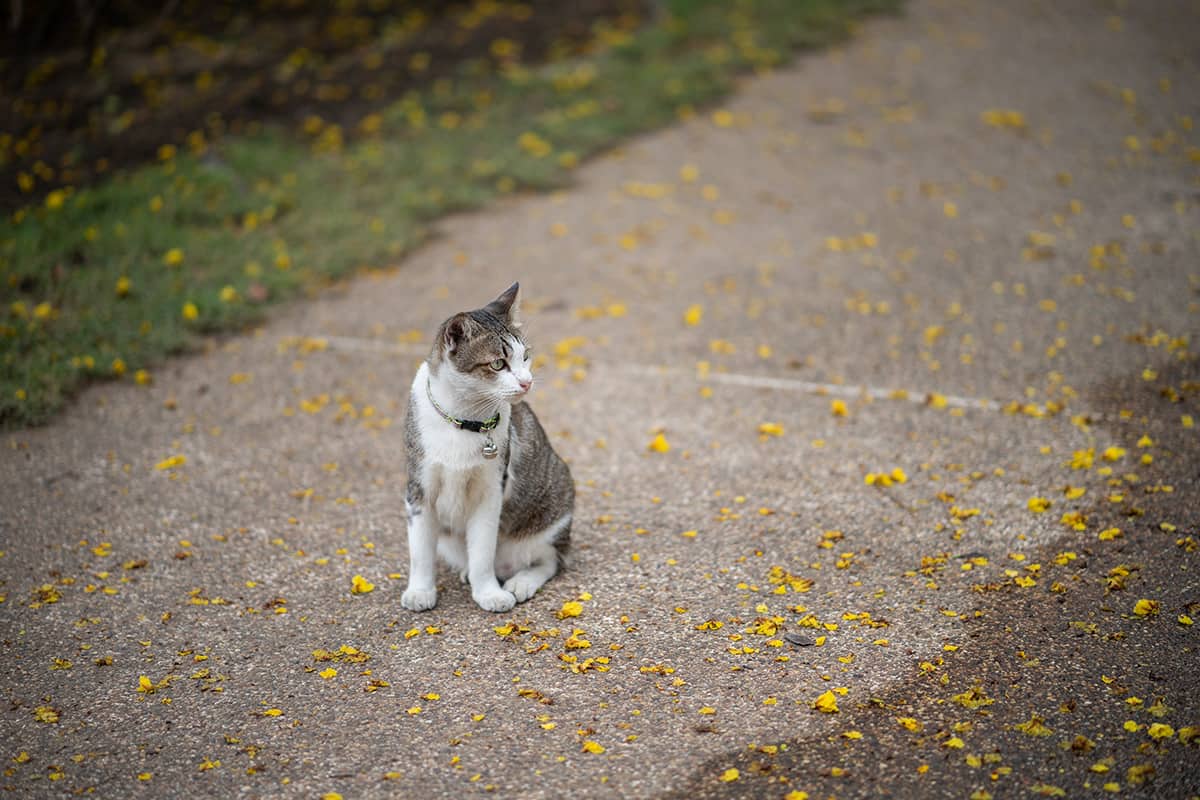 The felines are often associated with the feminine – especially in pop culture – and there may be several reasons for that.

First of all, the slender bodies and elegant movements of cats are often perceived as feminine.

Also, the predatory behavior of felines is somewhat chauvinistically seen as parallel to certain types of women’s behaviors, especially when it comes to courtship. For example, the term “Cougar on the prowl” describes a mature woman on the lookout for a male partner, especially a junior one.

Tigers are sometimes associated with powerful, courageous and fierce women as well. We can see that through the popular phrase “She’s a tiger,” which has even had a prominent spot in one of the most popular gangster movies of all time, Scarface.

The association of women with tigers is not specific to the Western culture only – it is common in Asian cultures as well. To find a cross-section of mentioned cultures, we can mention the bestselling and somewhat controversial parenting book by Chinese-American author Amy Chua, that was titled “Battle Hymn of the Tiger Mother.”

Also, witches, who represent the dark and mysterious side of the feminine, are often depicted as the owners of cats – especially black ones.