Family is undoubtedly one of the words that can bring up many emotions in anyone.

Because our own families represent a personal emotional foundation, the internal feeling of familial symbolism is different for every person.

However, a family is a building cell of society as well. It was always apparent that the family as a unit was of great historical importance, not simply personal. That especially goes for powerful families and family clans who have often decided the faith of nations and, on some occasions, nearly the entire world.

It is no wonder that there are numerous symbols related to this human phenomenon – both symbols of individual families, such as the family coat of arms, and symbols of familial values in general.

Let’s find out what are the symbols of family across the world. 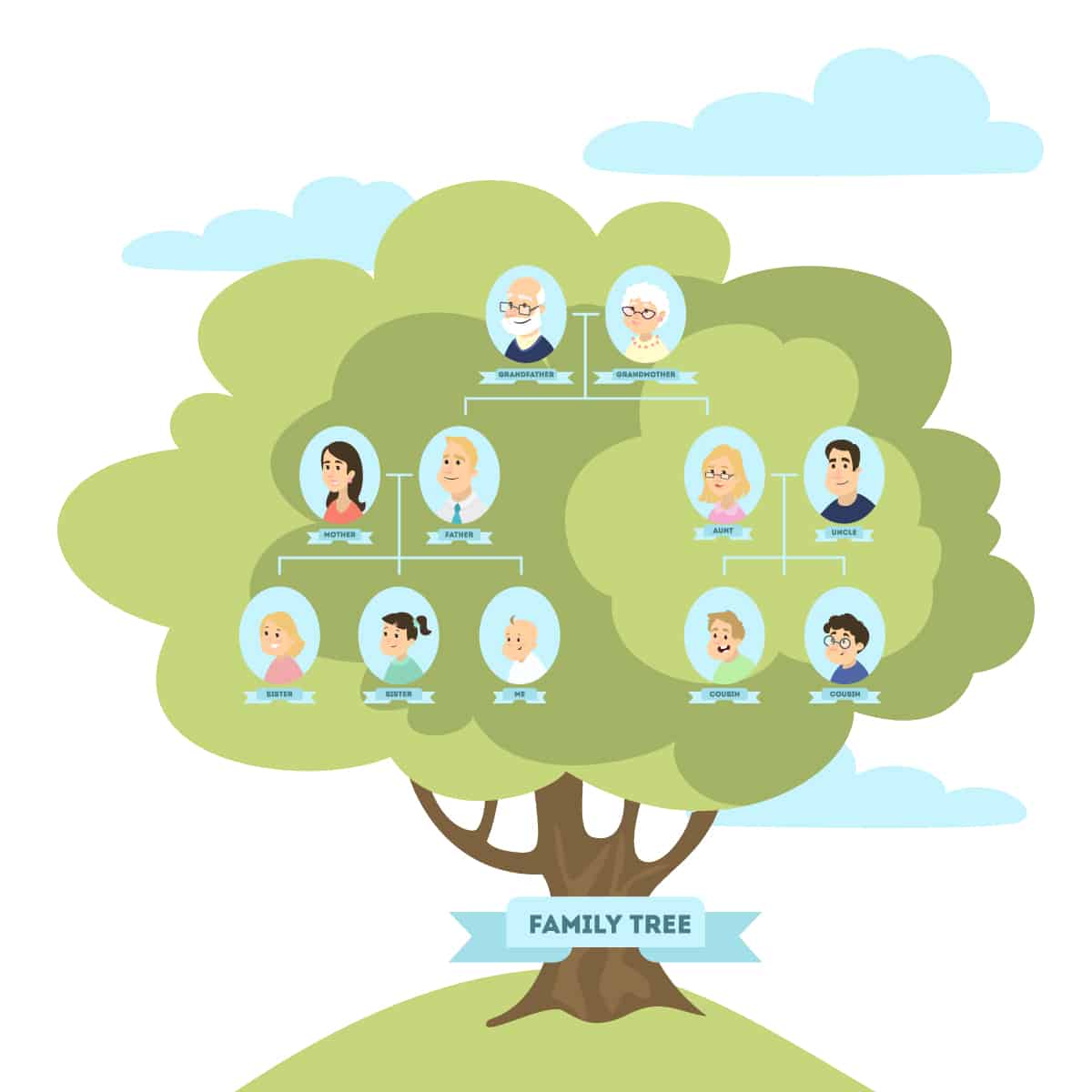 The family tree is one of the most obvious, straightforward symbols associated with families – although it is not a symbol in a true sense of the word, but rather a visual representation of family history which can be different in each individual case.

In some, it can be a simple pictogram documenting lineage by cousin’s names connected with plain lines. However, in other cases, it can be a true work of art, a multi-branching tree that stands as a representation of family genealogy, with names entwined within the canopy.

Naturally, the roots and the trunk of the family tree are shared, and branching begins at the first know ancestor. 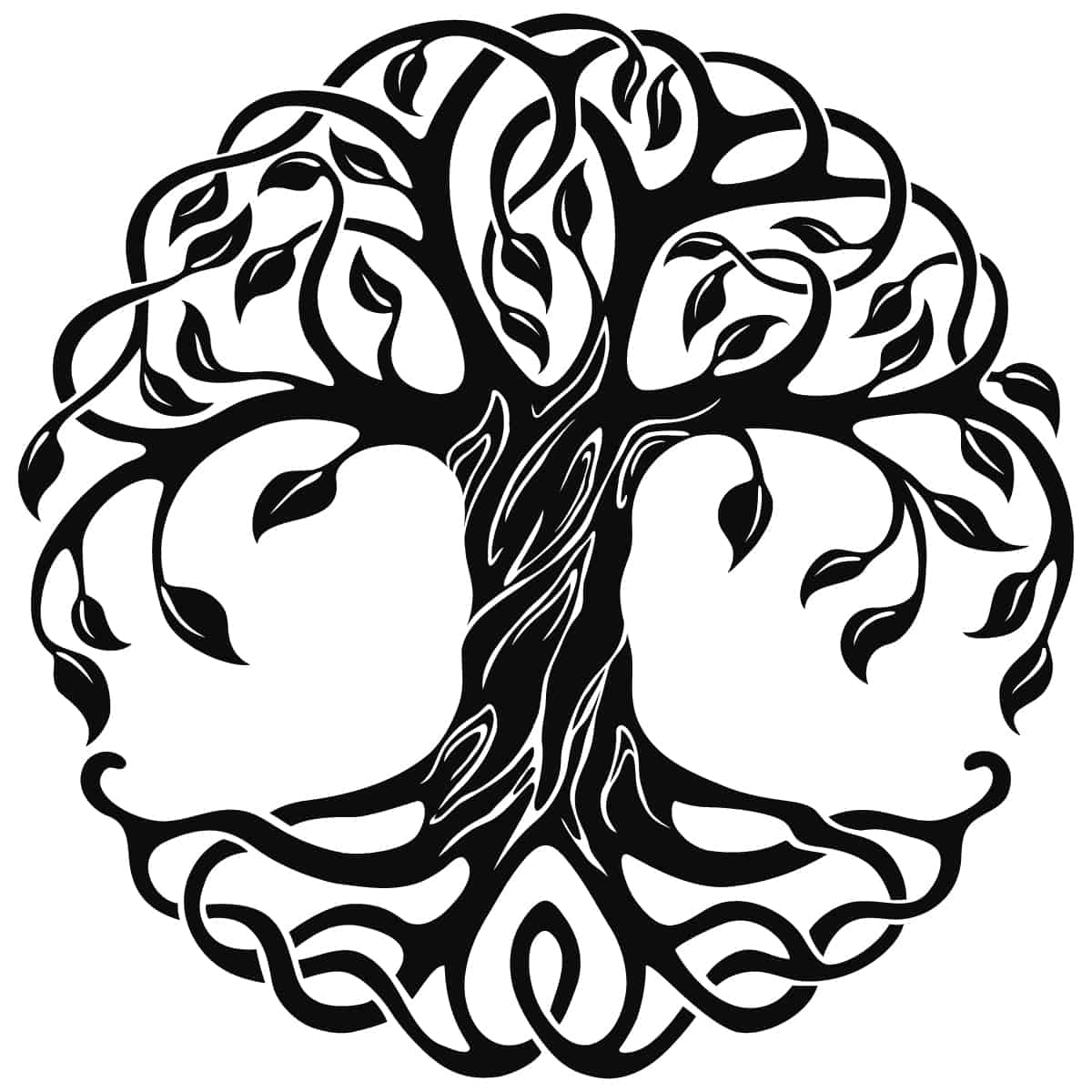 A symbol of the tree of life – without any names or individual, familial association – can still be seen as a symbol of the family. As with the Family Tree, the strong and well-defined roots represent the family’s origins. The large canopy represents cousins, all connected through the same lineage.

Besides the mentioned symbolism, the meaning of the Tree of Life has some good wishes embedded into it. It is also a representation of prosperity and longevity; virtues that can easily and gladly be applied to families. 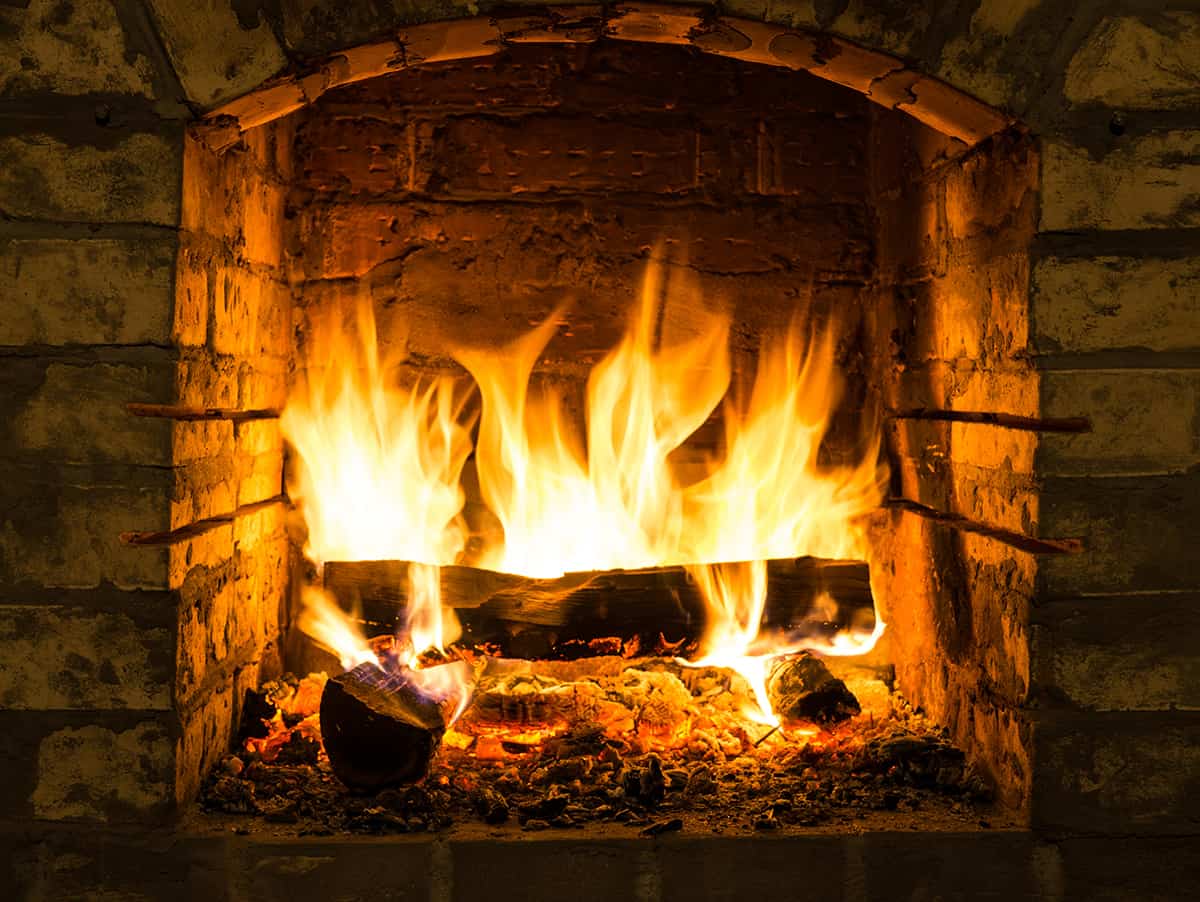 In most Indo-European cultures, Hearth was the physical centre of a home, and a metaphysical centre of indoor family life. Besides cooking and heating – everyday activities that provided sustenance, the hearth has a number of spiritual and magical rituals associated with it.

In many European cultures, there are spirits or even deities associated with the familial fireplace. For example, in the old pagan Baltic culture, it was the home of Gabija, the fire spirit that protected the home and the particular family under its roof. Simargl the Slavic god of fire, was also associated with the hearth and all sacred fires in ritual practices.

In Ancient Greek religion, Hestia was the virgin goddess of the hearth, the family, the domestic order and of the state. The first offering at every sacrifice at the house was presented to her. Likewise, the extinguishing of the hearth’s fire was by neglect or accident was seen as a bad omen and a failure of neglecting familial responsibilities.

The Roman equivalent of Hestia was the goddess Vesta, with similar traits and customs associated with the deity.

In ancient Egypt, the deity called Bes was the protector of home and the family, guarding them against both physical and spiritual dangers. Bes was considered especially protective in cases of mothers and children and the protector of the childbirth itself.

The object of protection was a full-face portrait, carving, or a figure of Bes that was kept inside of the homes. His threatening, angry face was supposed to ward off the evil-doers.

As with many Egyptian deities in the evolution of Ancient Egyptian religion, the roles of Bes were later extended. He became the deity of enjoyment and pleasure as well, and that is the reason why musicians, dancers, and servant girls have been known to have tattoos of Bes or to wear his mask.

Interestingly, unlike other Egyptian deities that were depicted mostly from the side in the drawings, Bes was always shown from the front.

This may have been the consequence of him being the direct protector and needing to look threatening, but also of the theory that Bes wasn’t of the local Egyptian origins. It is considered that this deity was actually “imported” from the neighbouring territories, likely today’s Somalia. Bes has also been worshipped widely – from today’s Syria in the north and far west as Ibiza. 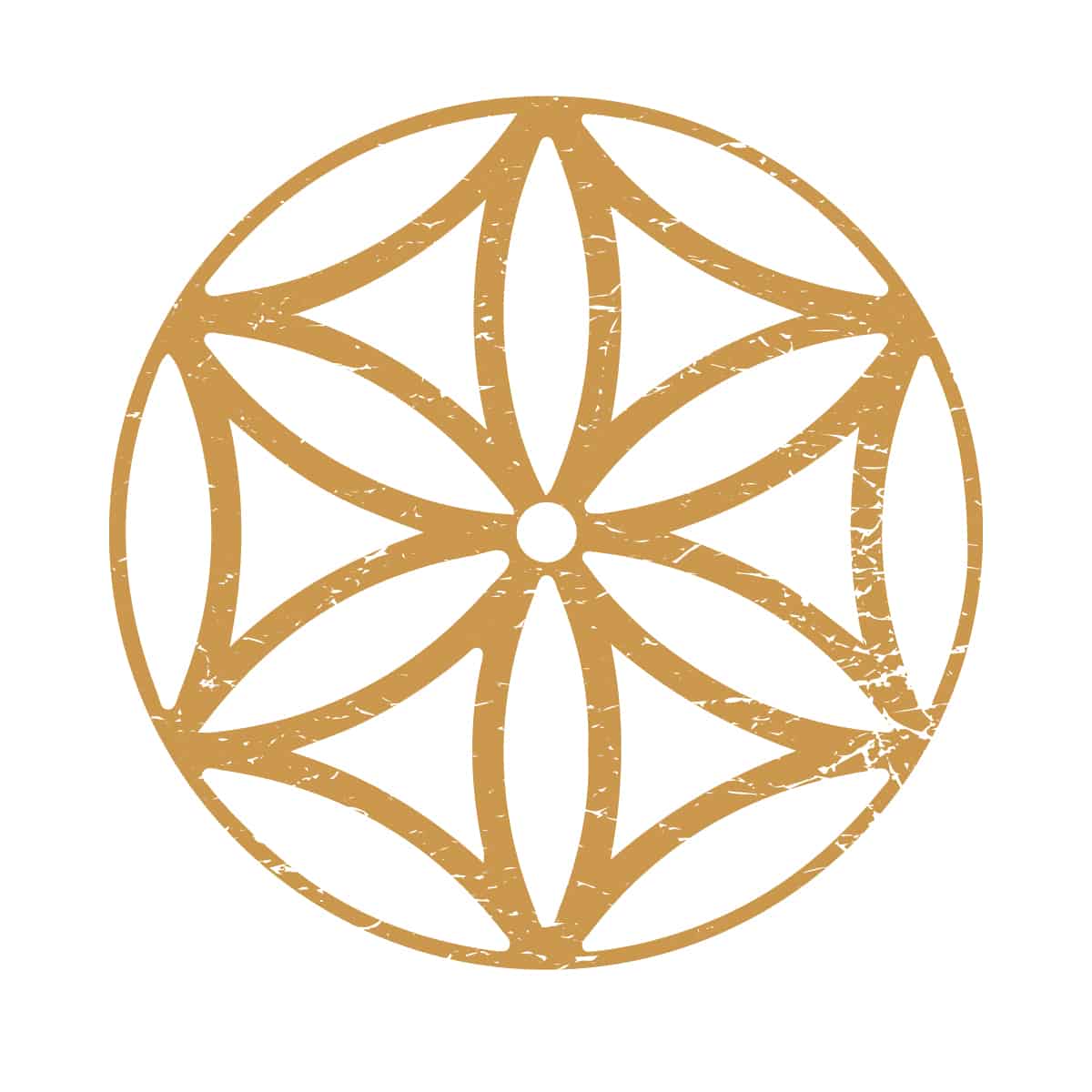 The symbol of the Six-Petall rosette can be commonly seen in the form of engraving on cottage elements and wooden crossbeams in Slavic territories, especially in Ukraine and Poland.

That is not without a good reason – in Slavic mythology, it was the symbol of Rod – god of the ancestors, family, and fate. He was especially seen as the protector of forebears and newborn babies. Thus, his symbol became a common feature on family homes – to protect against misfortune and fires.

The word “rod” is Proto-Slavic and means “family, origin, or birth”. It still exists in many modern Slavic languages and describes that someone is a blood relative or another form of familial relationship. 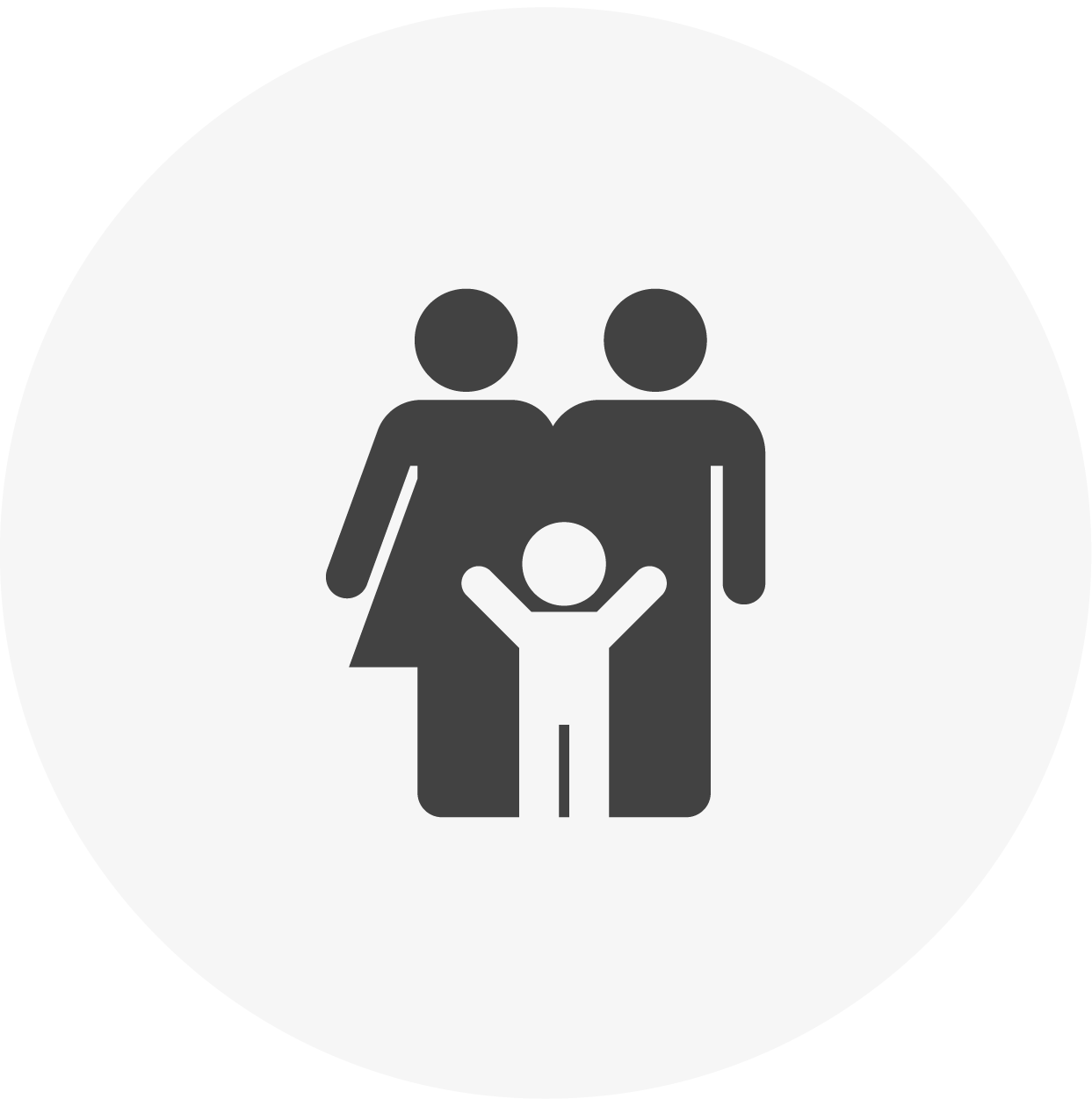 The Native American Family circle is one of the more obvious family symbols on our list. A circle with the pictograms of a man, a woman, and children inside is a true representation of the desired family life – symbolizing protection, interconnectedness, but also the of the cycle of life – which is in human case realized through families.

However, the man-woman-children family was not the only familial pattern predicted by this symbol – there were variations. Two children with a single female figure in the circle was a representation of a grandmother and her grandchildren, for example. This variability opens up a possibility for modern iterations of this symbol to represent all various family systems. 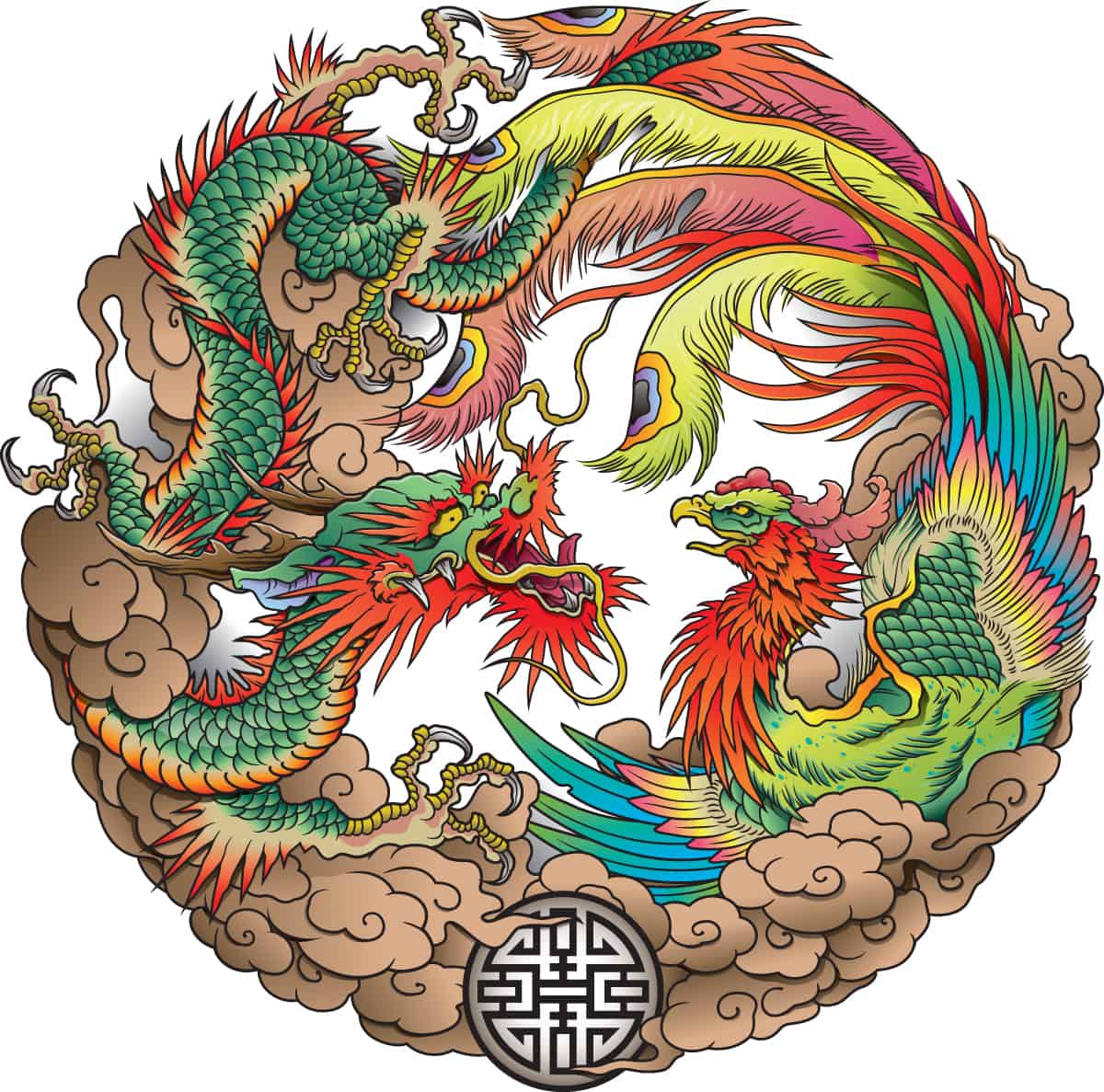 If you have ever seen traditional Chinese coins, chances are that some had a dragon and a phoenix on them. Although they may look as if they are chasing each other while fighting, this is actually an ancient Chinese symbol of Harmony – and often applied to matrimonial harmony between a husband and a wife.

Here is a quick explanation. The phoenix traditionally bears female energy (Yin), and thus symbolizes the feminine. The dragon on the other hand is Yang and has male qualities. Together, they are seen as the “perfect match” – a perfectly balanced couple with a strong mutual bond

If we know this, then it is no wonder that newly married couples in China gladly hang this symbol at their homes – besides symbolizing the strength of their love, it is said to bring good fortune. Also, singles

It is considered an ultimate symbol of matrimonial bliss, love, and togetherness. The phoenix (Yin) signifies feminine qualities and the dragon (Yang) masculine qualities, respectively.

Thus, taken together, they represent the Chinese ideal of a perfect couple, one that is willing to stay together come what may – their bond strengthened by their eternal love for each other. Sometimes, singles also hang this symbol in hopes of fidning a partner, their own perfect match. 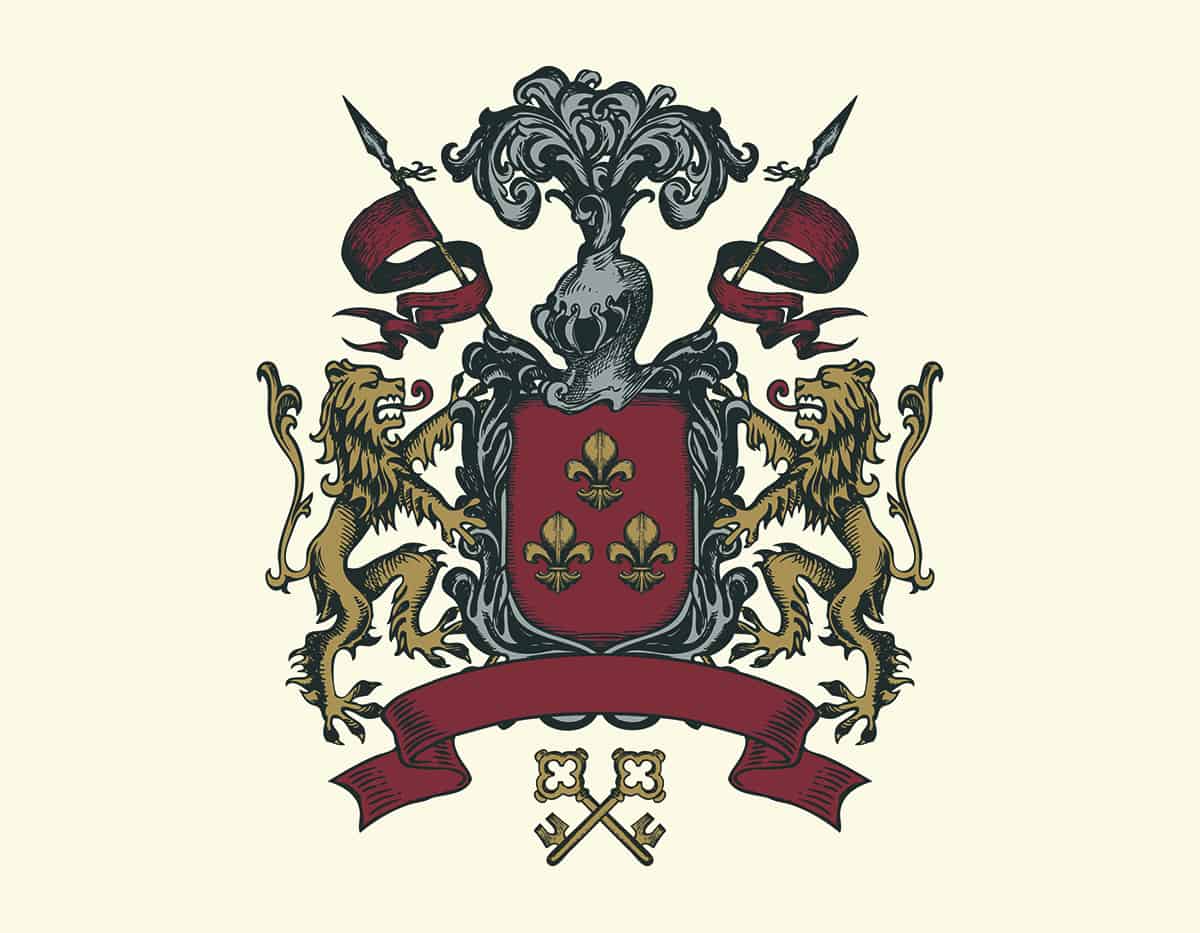 Here is a custom family symbol, with no two of them looking the same. A familial coat of arms was used by blue-blooded families in Europe, predominantly during the middle ages. Kings and queens, princes and princesses and other nobles to signify their belonging to a certain family.

The coats were designed in great detail, with symbols and colors not picked randomly, but telling many stories about the families’ bloodlines, achievements and status.

Like other symbols in any patriarchal society, the coat of arms was something on ownership of the male head of the family and was passed on from father to son. However, that’s not the end of the story.

The oldest son would inherit the coat of arms, but other sons also had the right to take it and customize it to reflect their distinct future lineage. Also, women would have the coat of arms of their family added to the husband’s familial coat of arms.

Here is one myth-busting moment. Despite popular beliefs, the Coat of arms is traditionally not added nor connected to the family name – it always represents a distinct lineage.

Mosho, mon, or kamon is essentially a Japanese coat of arms – with a few differences. First of all, it was not only related exclusively to royal and noble families, but all families have one. Further, it represents both the house and the family, which means that parents and all siblings use the same monsho.

Although the symbol is not reserved exclusively for the blue-blooded family, its use did originate with aristocrats. Later, it was incorporated by the Samurai so they could identify their own legions on the battlefield – similar to European knights.

Monsho served as a distinct symbol of a certain family, which was especially useful for visual identification in the period when literacy wasn’t common. Today, it is rarely used in daily life but is still present at ceremonial events – mostly weddings and funerals.

Its common elements are mostly natural ones – plants and animals, but also religious symbols. Like with European coat of arms, each family has its own design rich in symbolism.

Symbols of Feminine and Their Symbolism – A List
Recent Posts