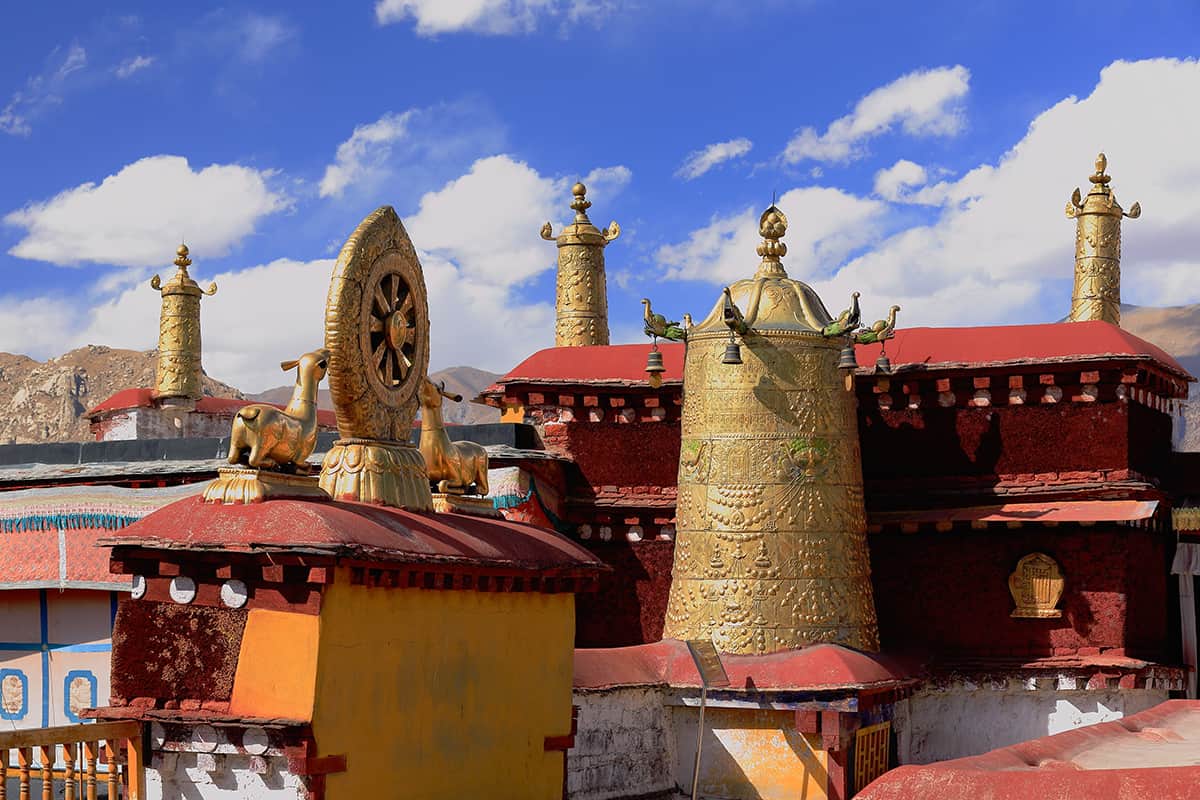 Dhvaja is one of the Ashtamangala, a set of Eight Auspicious Signs shared by Buddhism and Hinduism. It is a victory banner. A drawing of the Buddhist version of a dhvaja usually looks like four flags on the same staff.

Tibetan Buddhist Encyclopedia reports that the dhvaja, which means flag or banner, was originally used in ancient Indian military warfare. Banners of this sort were attached to warriors’ chariots, depicting scary-looking animals.

As Buddhism grew, the Buddha’s path to spiritual progress came to be described like it was a military campaign. The four maras, or evil influences, that the Buddha fought against were: emotional defilement; passion; the fear of death; and pride and lust. Of course, the Buddha ultimately defeated each of these four hurdles to spiritual progress, and that is why dhvajas are generally depicted with four flags.

Where would you see a Buddhist dhvaja?

Tibet Vista reports that depictions of the dhvaja are common in Tibet in both religious and secular settings. The dhvaja is often shown with the other Eight Auspicious Signs.

Another version of the dhvaja is a cylindrical metal structure placed at all four corners of the roof of a Buddhist monastery or temple. These too signify the Buddha’s triumph over the four maras, as well as the Buddha’s teaching radiating to the four directions, according to Tibetan Buddhist Encyclopedia.

It is said that the Buddha placed a dhvaja, or victory banner, on Mount Meru commemorating his accomplishment, according to Exotic India. In Buddhist and Hindu tradition, Mount Meru is believed to be the central axis supporting the world.

Within Tibetan Buddhism, there are eleven different forms that the dhvaja can take to represent eleven specific methods for overcoming defilements, according to Tibetan Buddhist Encyclopedia.

Where would you see a Hindu dhvaja? 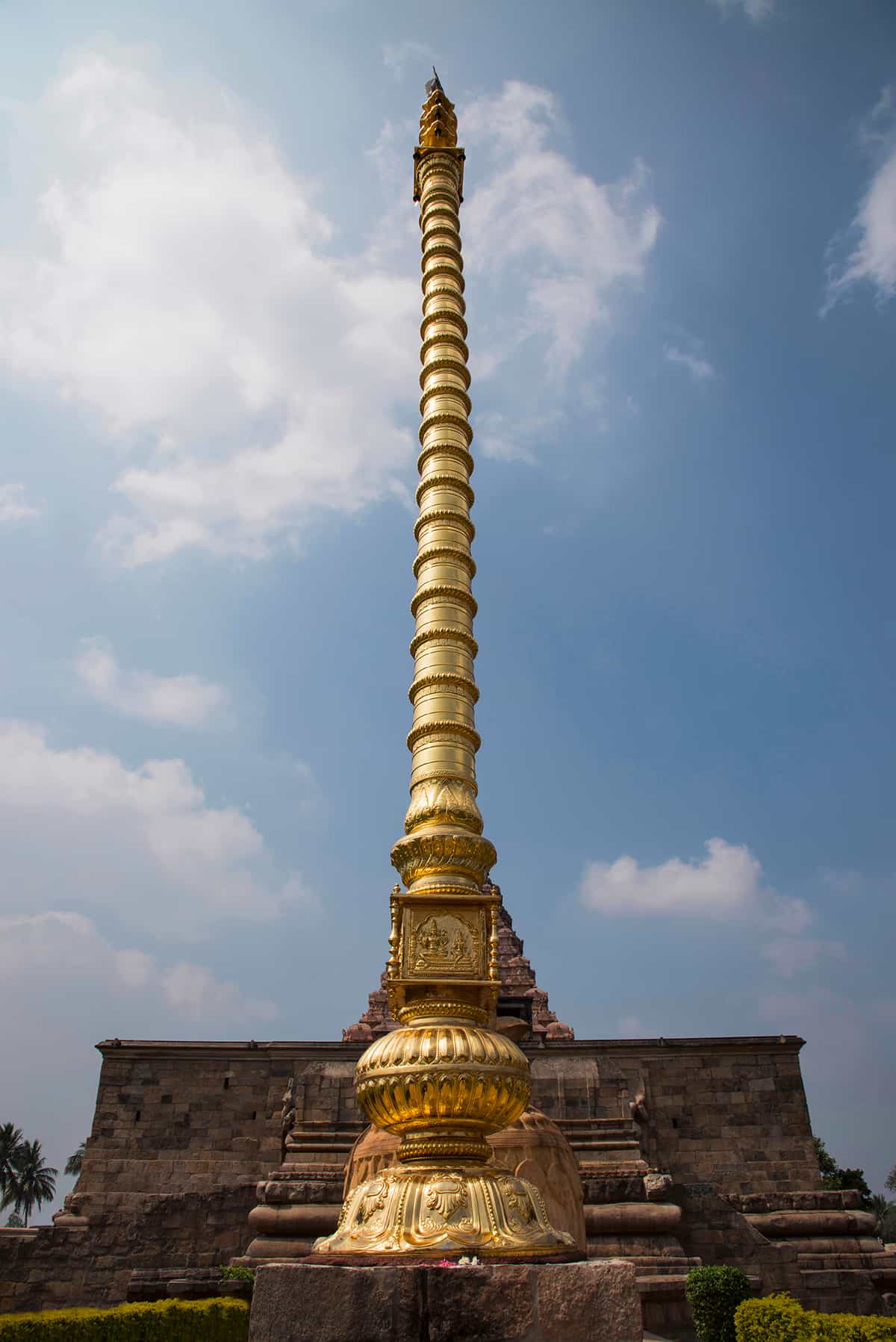 Hindupedia reports that, at a Hindu temple, the dhvaja stamba is a metal flag or banner fixed to a post. The dhvaja stamba depicts the animal associated with that temple’s main deity. Hindupedia provides a list of the associations between animals and deities.

These metal posts are usually displayed in front of the temple, as shown at The Hindu Portal. The dhvaja stambha has three horizontal branches instead of the four flags in the Buddhist version.

These three branches represent righteousness, reputation, and propriety, or the gods Vishnu, Brahma, and Shiva. BBC notes that these three gods are the Hindu triumvirate, or Trimurti.

How can you use a dhvaja? 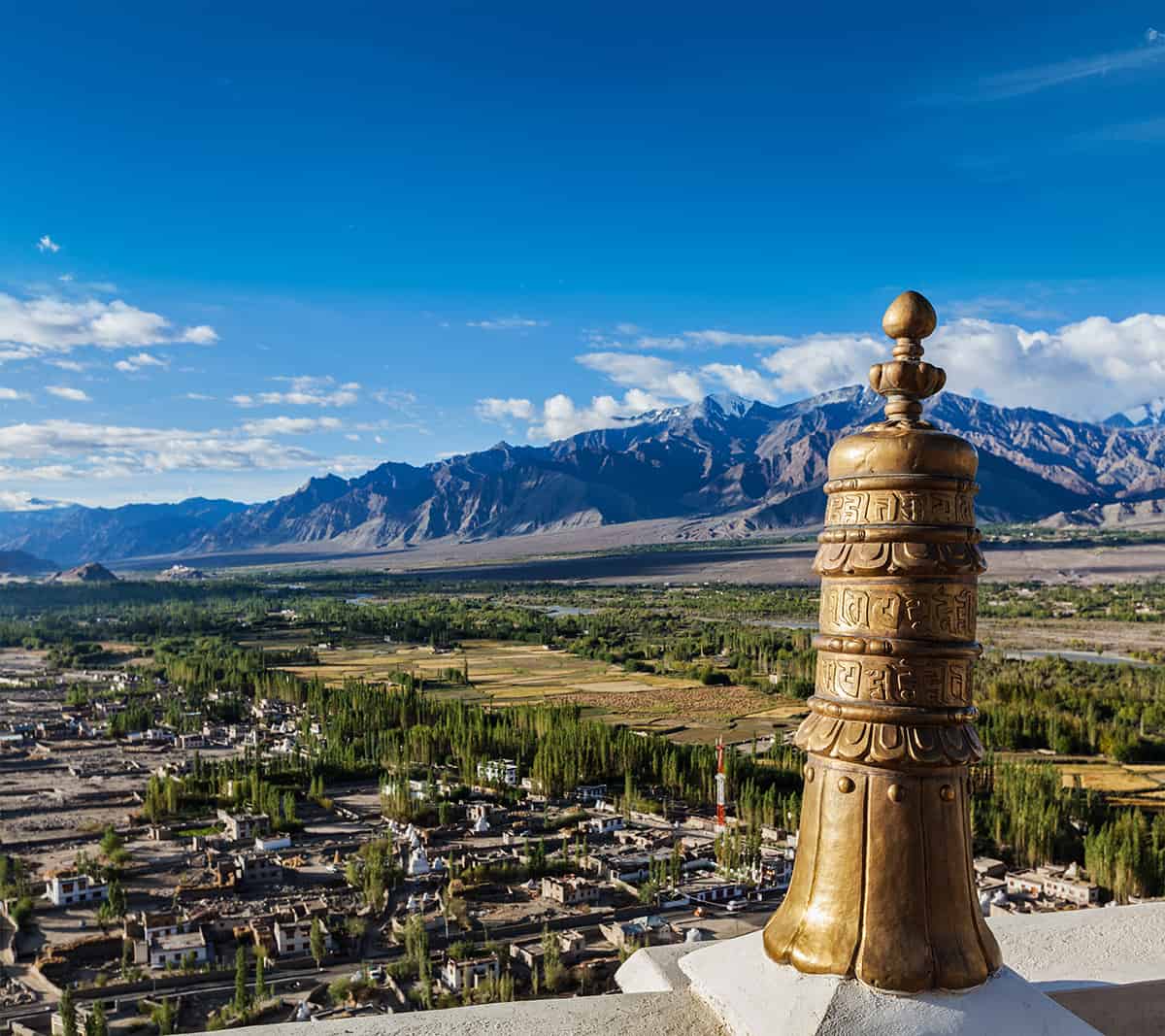 The image of the dhvaja can appear on jewelry or in tattoos, sometimes with the rest of the Eight Auspicious Symbols. While there is no major controversy regarding the symbol of the dhvaja itself, Everyday Feminism notes that people who are not Buddhist should be careful not to use the religious symbols of Buddhism in a disrespectful or trivializing way.