Confidence can be defined as faith in your own ability to be successful. Many symbols of confidence may therefore be unique to you personally, because the most important thing is what motivates you!

However, you might also draw inspiration from animals and plants associated with confidence. Whatever symbol of confidence you relate to the most, you may want to keep it in a prominent place where you can see it often. You could even get it on a tattoo!

In the movie The Sound of Music, Maria sings the song, “I Have Confidence” to psych herself up before meeting the large family for whom she was to become the babysitter. While she has confidence in sunshine and in rain, ultimately, she must foremost have confidence in herself.

Confidence often involves finding what makes you feel like you’re able to perform at your best and pursuing it. There’s an element of feeling that you have control over your circumstances.

Some symbols of confidence could therefore be along the lines of athletes wearing their lucky underwear on big game days. Bleacher Report describes the habits of famous athletes, like golfer Tiger Woods wearing a red shirt or baseball player Wade Boggs eating chicken before games.

Philadelphia Magazine points out that these rituals can reduce anxiety by increasing a sense of control. In this sense, a symbol of confidence may be very personal, something that is uniquely meaningful to you.

Humans can see a lot of their own traits in other animals. Here are some animals that people tend to regard as confident. 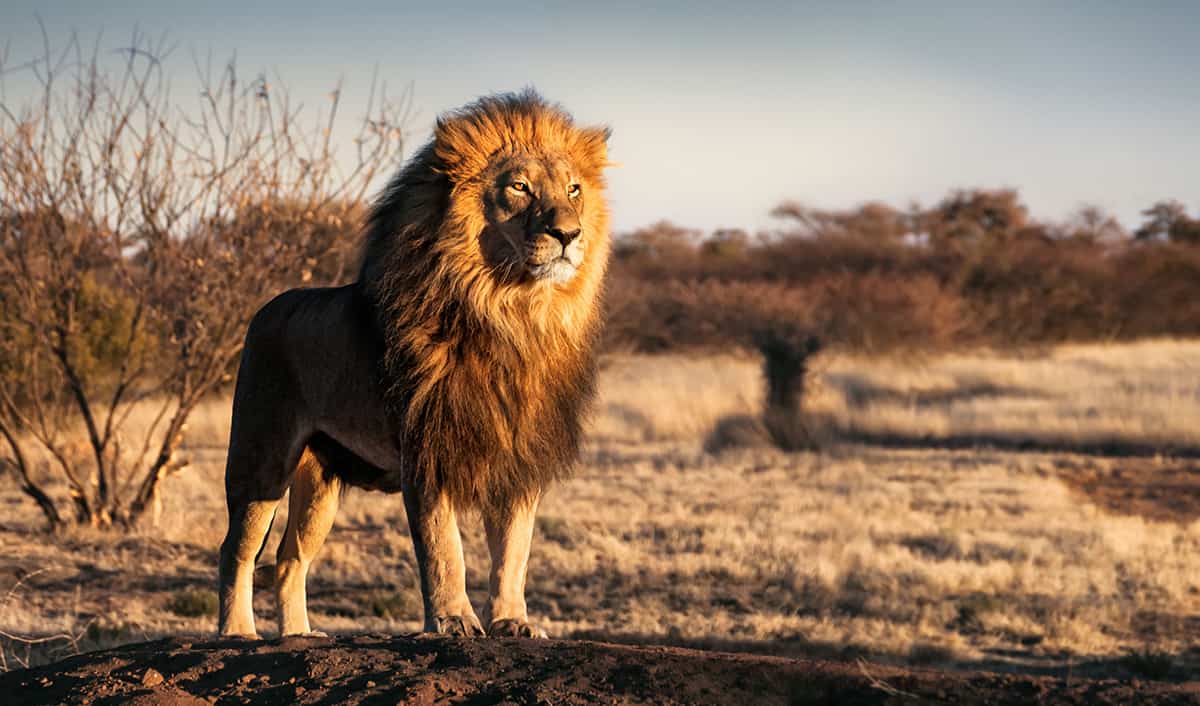 Lions are strong and powerful animals. They could therefore symbolize approaching life with a spirit that is confident and maybe even a bit flamboyant.

Lions are often referred to as King of the Jungle. If a lion is the symbol of confidence that resonates most with you, you may want others to be aware of your status and achievements.

An interesting twist on this symbol of confidence is the Cowardly Lion in The Wizard of Oz. He goes on a journey in search of courage, though it ultimately becomes clear that the courage was within him all along. 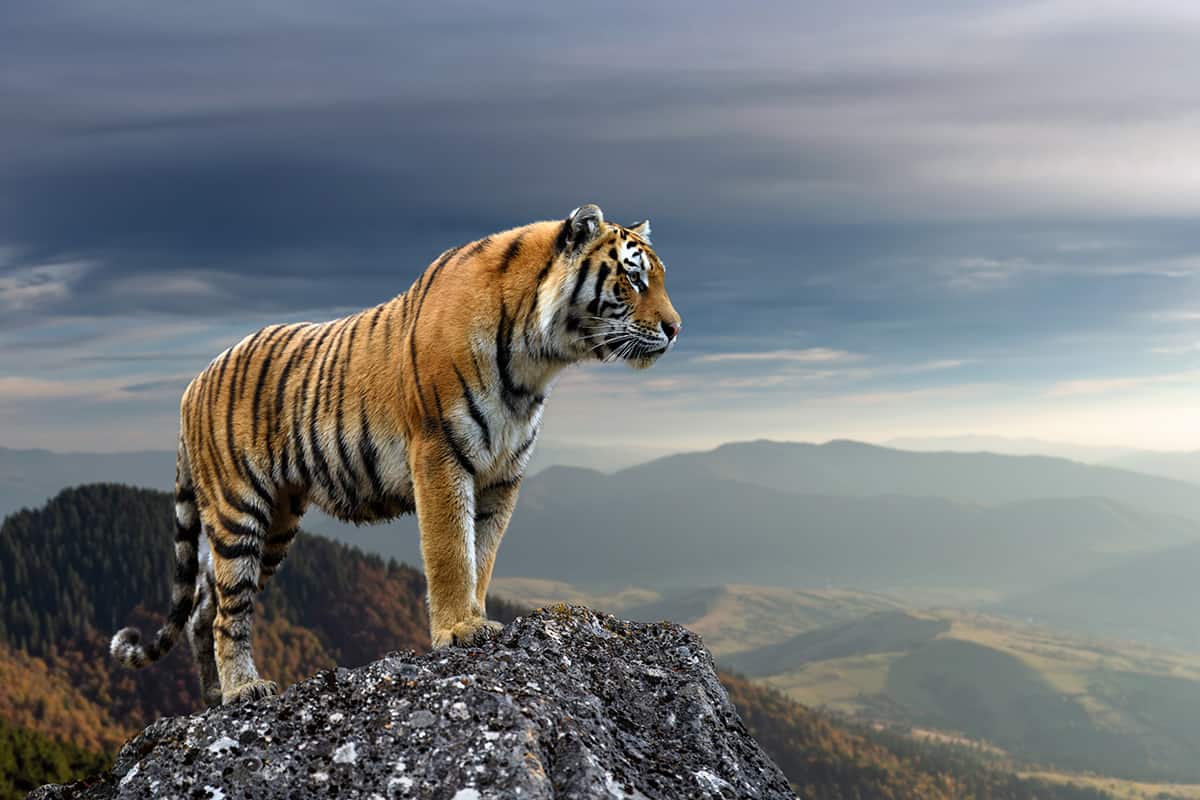 A tiger, another big cat, can symbolize confidence and strength. Like lions, tigers are also big and powerful.

However, tigers are also known for their independence. A tiger could therefore symbolize a quiet confidence that doesn’t need to make a big show of proving things to others. 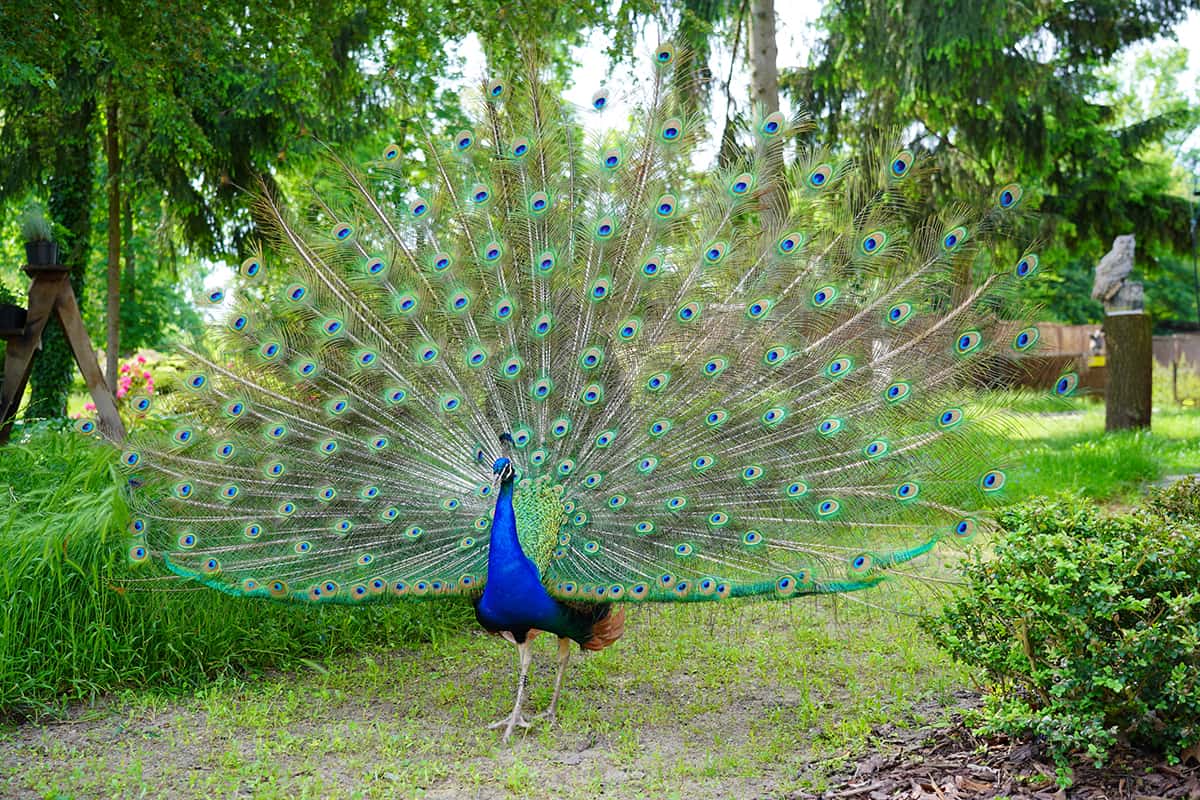 Male peacocks are known for their large, colorful tails that they show off to attract mates. A peacock could therefore symbolize a kind of confidence that is not quiet — the kind of confidence necessary to show the world what you have!

A challenge some people face regarding confidence is fear that there is something wrong with drawing attention to oneself. Sometimes being perceived as lacking modesty can alienate others. However, looking further into the symbol of the peacock could help identify the dividing line between healthy confidence and bothersome narcissism.

For a male peacock, the dramatic display of his tail is not done for no reason. Kidadl explains that he does it to attract a mate, so that he can have children.

Likewise, you may need to be clear about what you hope to get out of commanding the attention of others. If you have a specific purpose in mind, that might help you use your confidence in a way that is beneficial to everyone involved. 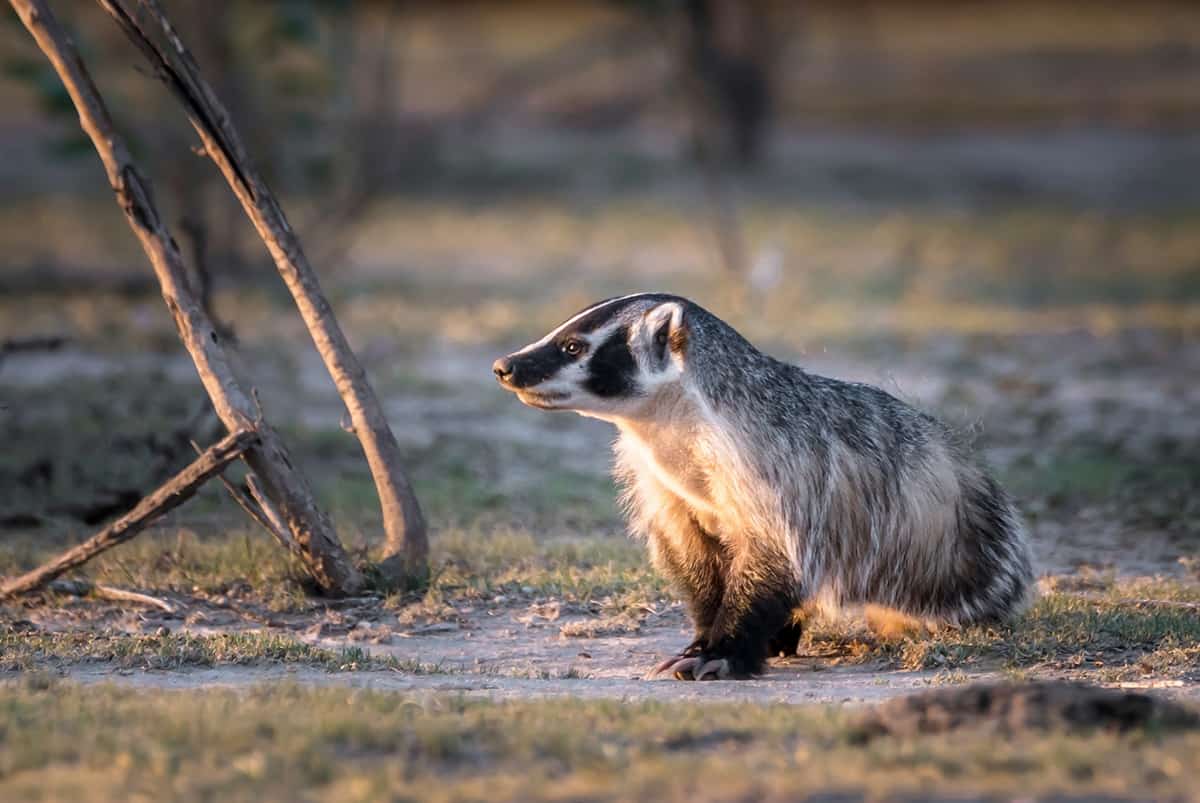 While some animals associated with confidence have a natural advantage due to their large bodies, the honey badger is not particularly big. Live Science reports that a honey badger is comparable to a small or medium-sized dog.

The language of flowers is complicated, but, for those who are into it, it can communicate a lot quickly. Other plants also have symbolic meanings and associations. 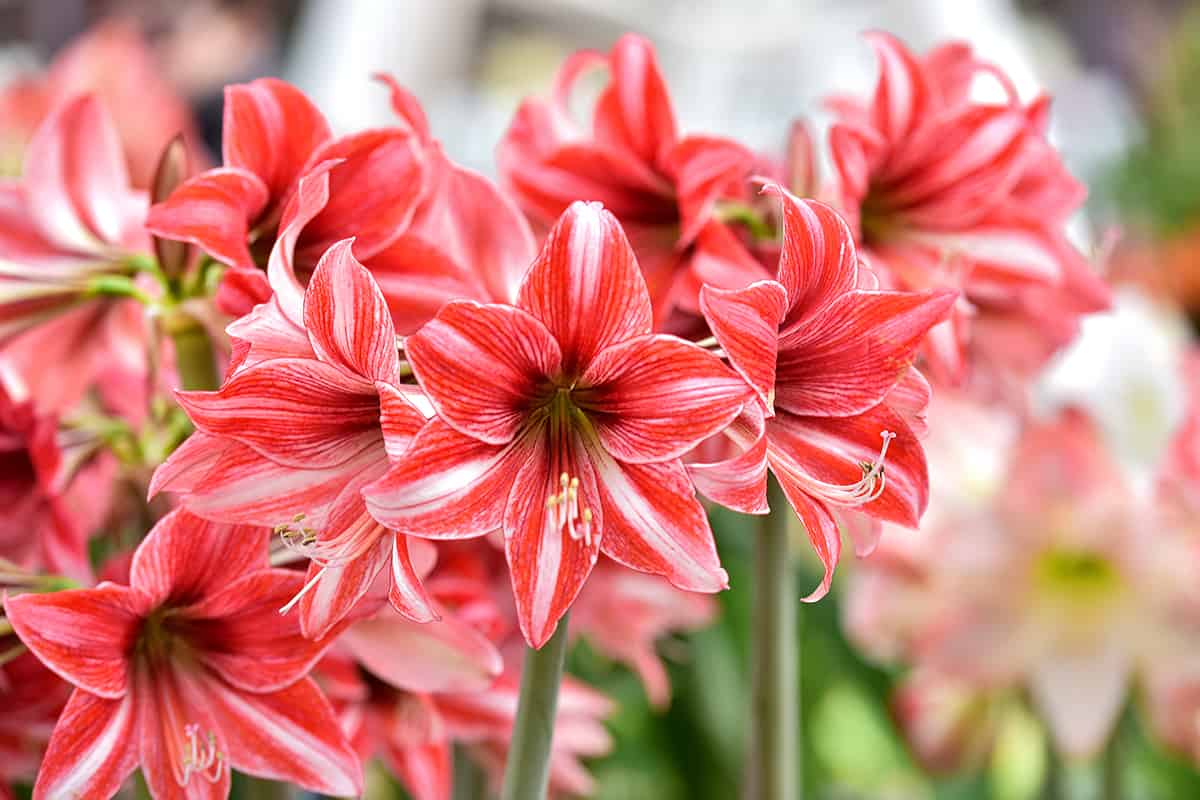 The amaryllis flower is named after a shepherdess named Amaryllis, who walked daily for a month to the door of a gardener she had a crush on and pierced her heart with a golden arrow. That’s a pretty gutsy act, in a strange way, and so this flower is associated with self-confidence and pride. 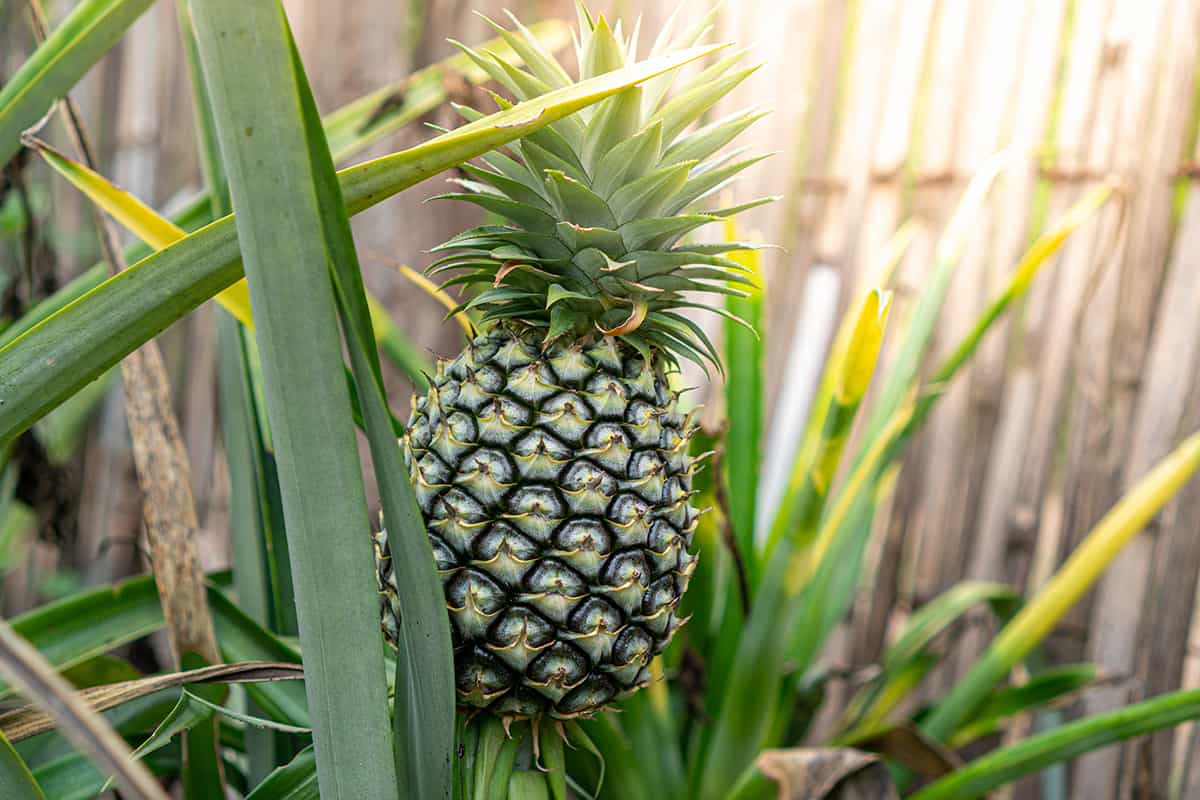 Pineapples have many symbolic meanings including hospitality. However, blogger The Confident Woman adapted an Internet meme about pineapples to show how they are symbols of confidence as well: they stand tall, wear a crown, have tough skin, and are sweet on the inside. 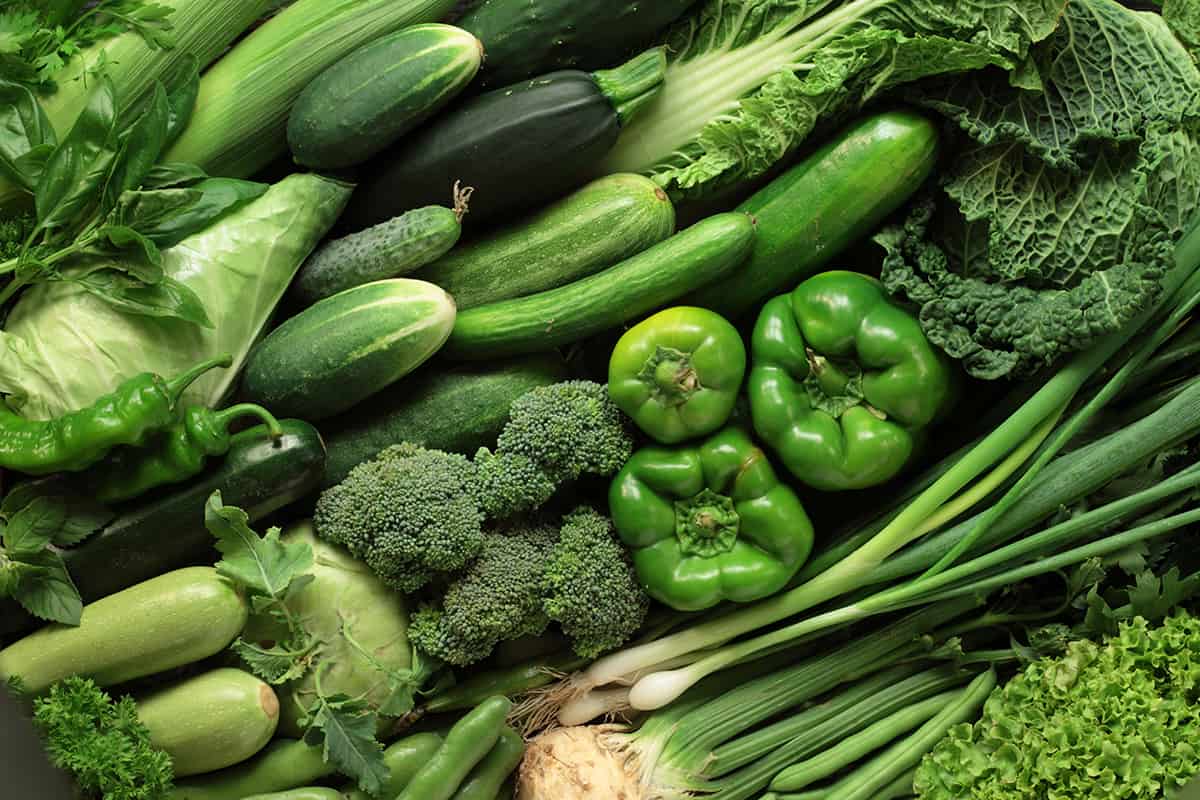 Sometimes feeling good about yourself is more than a head trip. Allwomenstalk.com points out that many foods contain nutrients that increase the level of serotonin in your brain. For example, many fruits trigger serotonin production. Green vegetables like spinach also provide serotonin, folic acid, and iron.

Point being, when your body feels good, you’re more likely to be confident that you can tackle any challenges you face. While many people may not know that fruits and vegetables have anything to do with confidence, sometimes it makes sense to address the issue of confidence physically rather than symbolically.

Other Symbols of Confidence

Beyond the natural world, symbols of confidence can also come from culture and the other things people make. 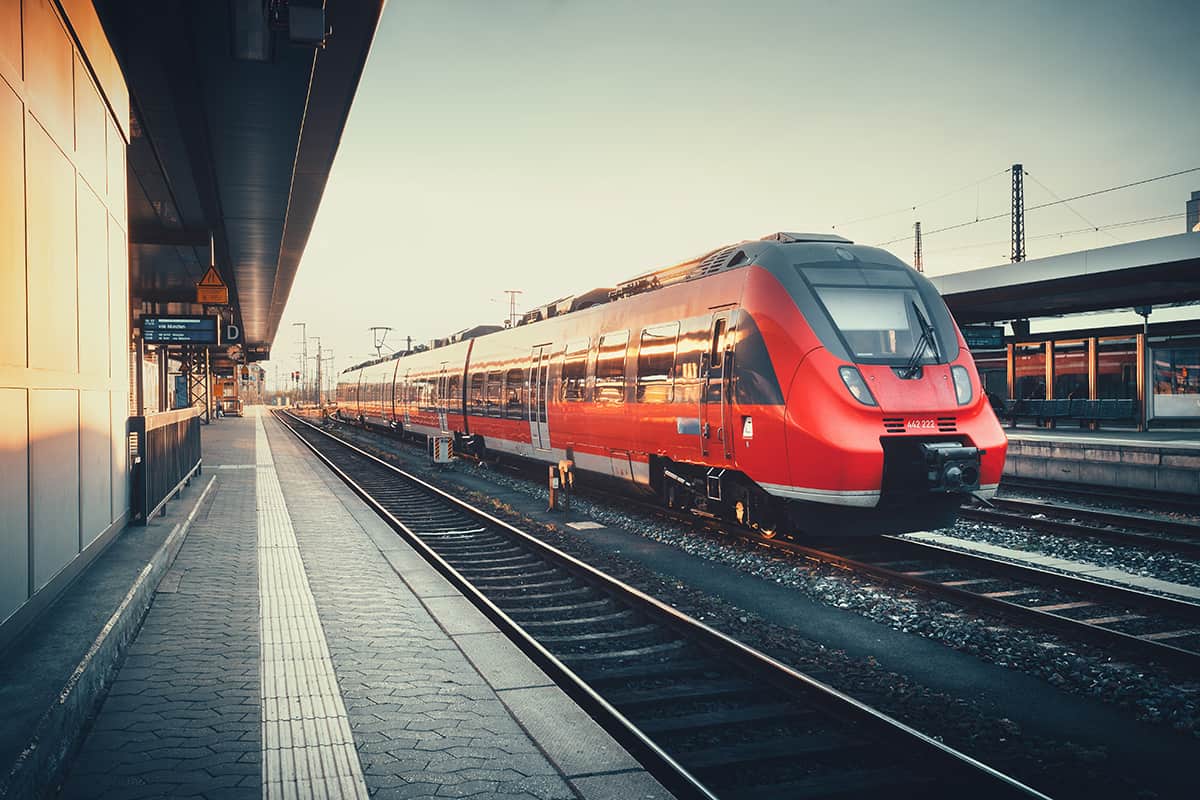 In this sense, a train could be a symbol of confidence. Though trains are not necessarily the fastest mode of transportation today, they show that slow and steady effort can lead to success.

Of the Celtic symbols, the Ailm, which looks like a simple cross inside a circle, comes the closest to representing confidence. While the Ailm is also seen as a symbol of strength, it’s more geared toward representing the side of strength that has to do with inner strength, endurance, and self-reliance. Recognized achievements and external validation can certainly support your confidence, but at least some of it has to come from within.

To a certain extent, any tattoo you get can symbolize confidence, in the sense that it represents you taking control over your body. Researchers at Texas Tech University found that young women who had four or more tattoos reported higher levels of self-esteem than those with fewer tattoos or no tattoos at all.

However, the same women who had the most tattoos also reported a higher rate of previous suicide attempts. Researcher Jerry Koch told HowStuffWorks, “We’re speculating that there’s a connection there, that the acquisition of body art up to that point might be an effort at a sort of emotional restoration. They’re using body art acquisition to sort of recover in a way, in the same way that breast cancer survivors will get themselves tattooed after a physical loss.”

If you do want to get a tattoo that directly addresses issues related to confidence, one approach would be to simply tattoo words to that effect. Examples shown at Steal Her Style include “Confidence” and “Speak Up.” Another simple idea at Allwomenstalk.com is “You Got This.”

Beyond affirmations, another big thing that can increase confidence is actually having some achievements under your belt. When you know you’ve done great things already, that often gives you the confidence that you’re capable of more.

In this sense, a laurel wreath might be a good tattoo to increase confidence. Though it’s primarily known as a symbol of victory and accomplishment, reminding yourself of the victories and accomplishments that you’re already proud of can give you the confidence to pursue more.

Another thing to consider when getting a tattoo related to confidence is what part of the body to get it on. You may want an affirmation somewhere you see it often, like on your wrist. However, in some situations, it might be important to get the tattoo on a part of your body specifically related to what you want to feel more confident about.

For example, an interviewee in Shape Magazine noted, “I’m a very confident person. But I wasn’t feeling great about my stomach, so I got a tattoo of two jungle cats there to protect me. My love for that area of my body has skyrocketed.”

Finding a universal visual depiction of confidence is difficult because what makes you feel sure of yourself can be very unique to you personally. However, knowing that others also struggle to find the strength to meet the challenges they face may at least make you confident that you’re not alone!