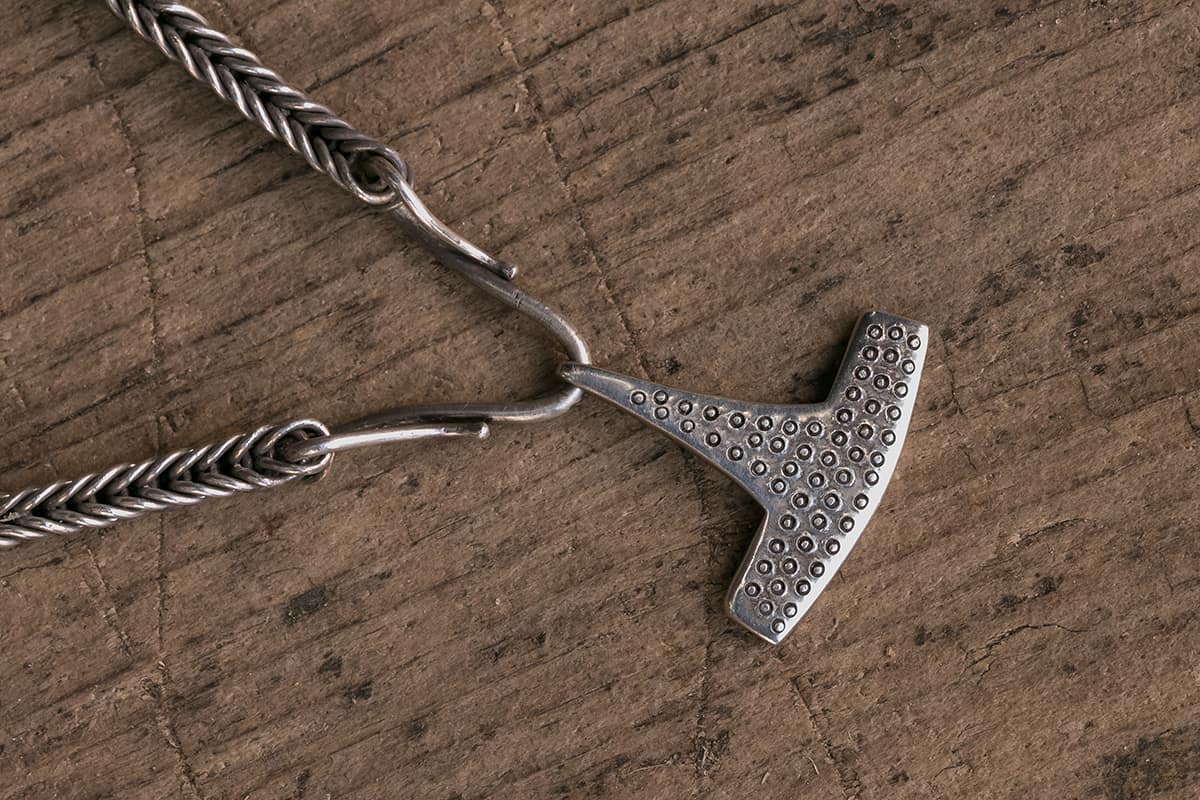 While the world listens to the rhythm of the war drums once again, they also ask themselves or those nearby some difficult questions. For example, a seemingly banal one: since when do wars exist?

While answers to this question in detail may be beyond the scope of this article, we do know that the first recorded war in history took place between Sumerians and Elamites in Mesopotamia in 2700 BCE.

Since then, the war has been the most dreaded human catastrophe – and a constantly re-occurring event.

Ancient Symbols of War – an Overview

Let’s explore the ancient symbols of warfare that various civilizations gave us. 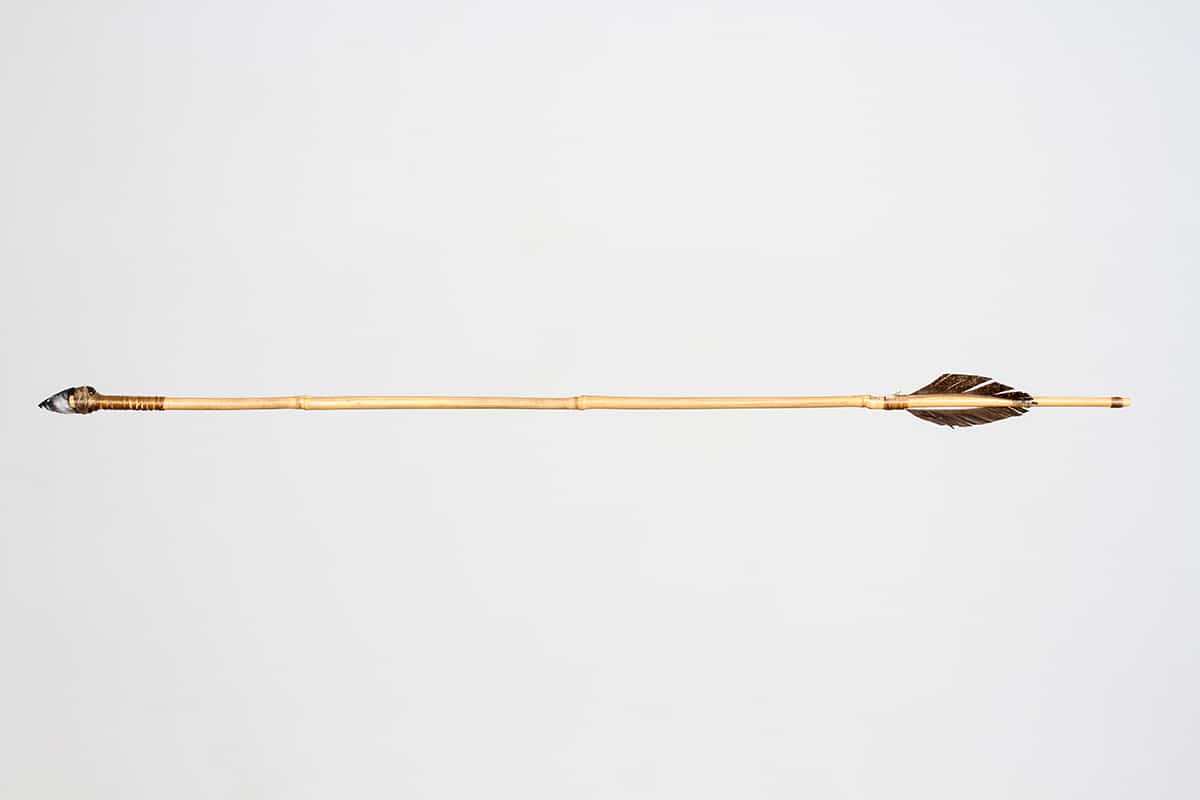 This Native American warfare symbol is quite an expected one. Back in the peak of Native American civilizations, arrows were critical both as peacetime tools and as weapons in times of tribal unrest.

Arrows brought food to the table during the hunts and could save or take a life during wars. Since they can represent both life and death, it is no wonder that they could have a double meaning. Two horizontal, oppositely pointing arrows stood for war.

On the other hand, a downward pointing single arrow was a representation of peace. 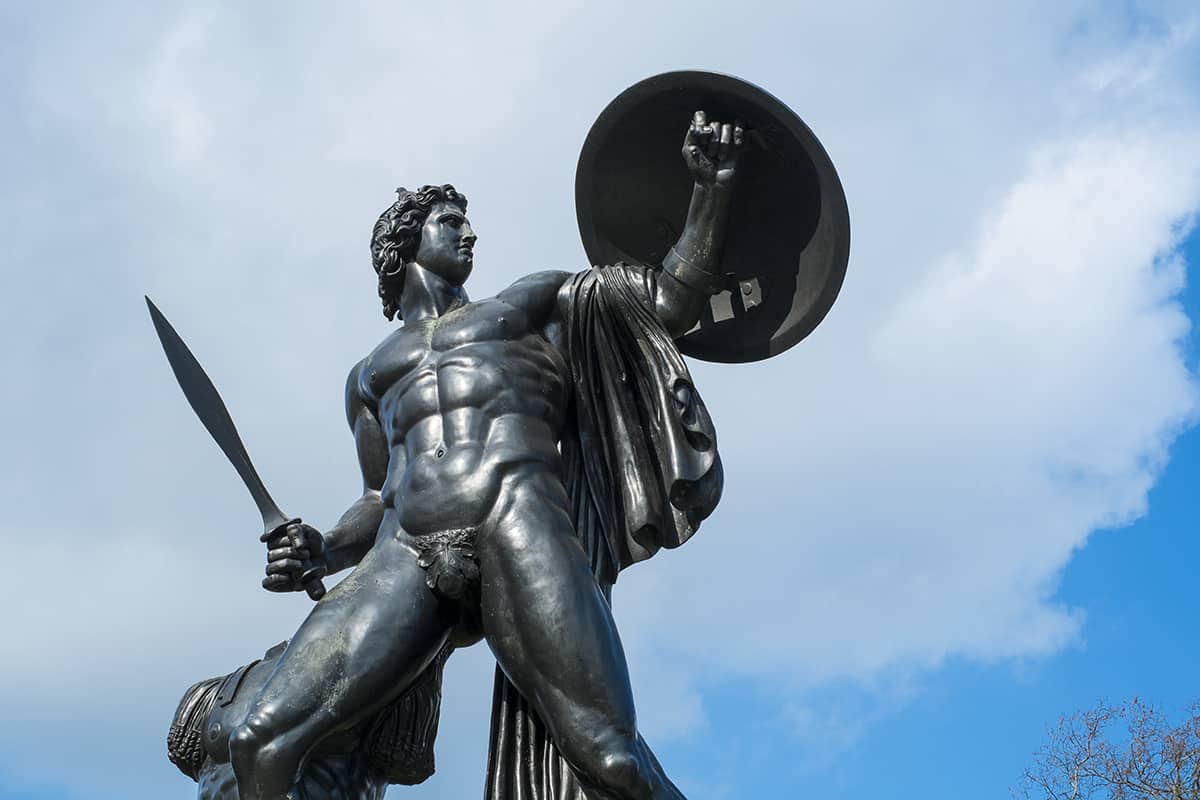 Achilles is one of the most famous warriors and heroes of ancient Greek mythology. He fought during the famous Trojan War and was nearly undefeatable – or, he would be if he didn’t have a particular weak spot – his heel.

Still, his achievements and his shield remain legendary. Achilles’ shield was described in detail in Iliad by Homer. According to the legend, it was of divine origin, created by Hephaestus, the blacksmith god. He made it not only ultra-strong but also lavishly decorated it.

The legend of the Trojan war says that it was this shield that helped Achilles to defeat the toughest warrior of Troy, Hector. That is why it has become a symbol of battlefield or warfare dominance and superiority. 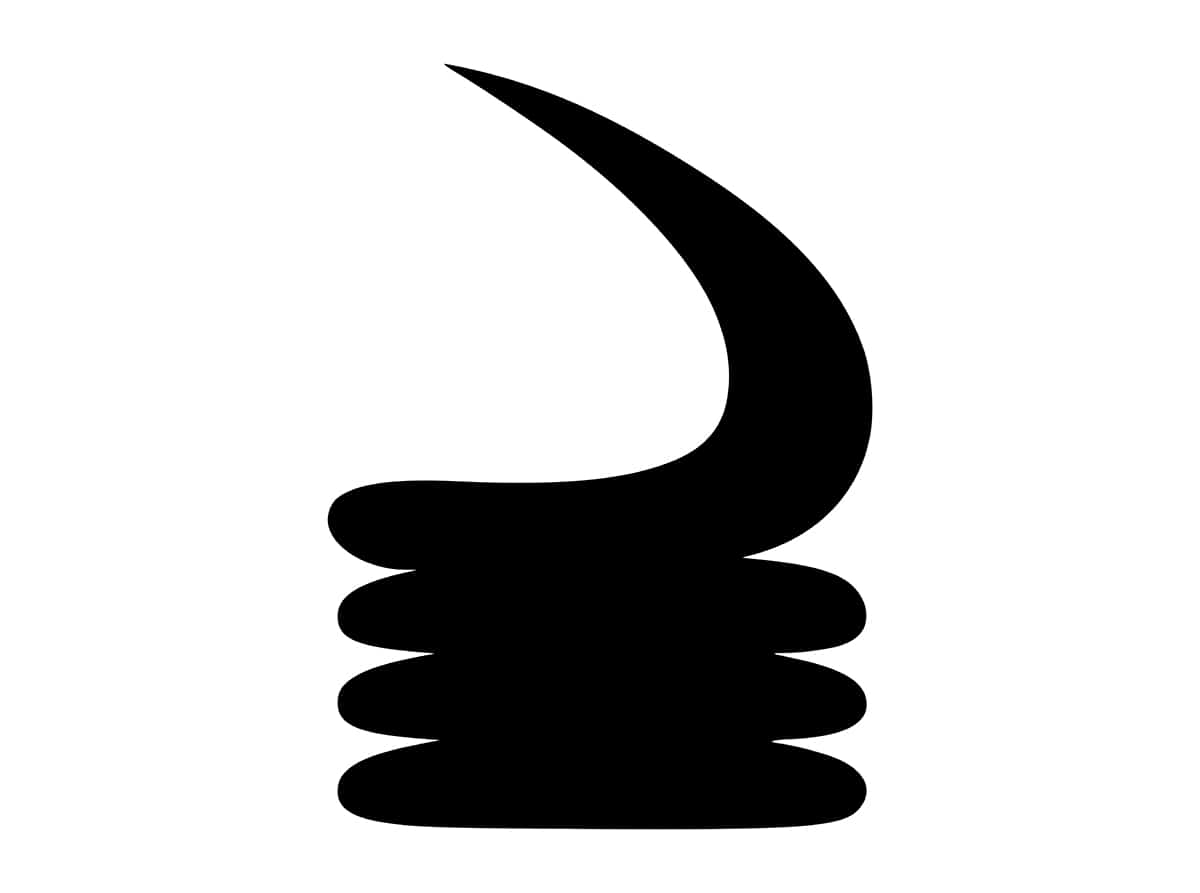 Asante people had a whole system of symbols called Adinkra symbols. Naturally, due to their warrior tradition, they have a symbol of war – it is called Akoben,

The horn was not chosen randomly – in fact, this symbol is not abstract but derived from a real-world, practical object.

You probably know that animal horns – mostly those hollow ones belonging to sheep and goats – can make a sound when blown into. That was precisely what was traditionally used to create important sounds in war – whether it’s to warn others of danger so they can prepare for an attack or call their own soldiers to prepare them for the offensive and get them into the battlefield.

Translated into a symbol, the war horn and it stands for vigilance and wariness – the two unarguably important traits on the battlefield. Because of its long traditional use, it has also become a symbol of West African patriotism, and also of loyalty. 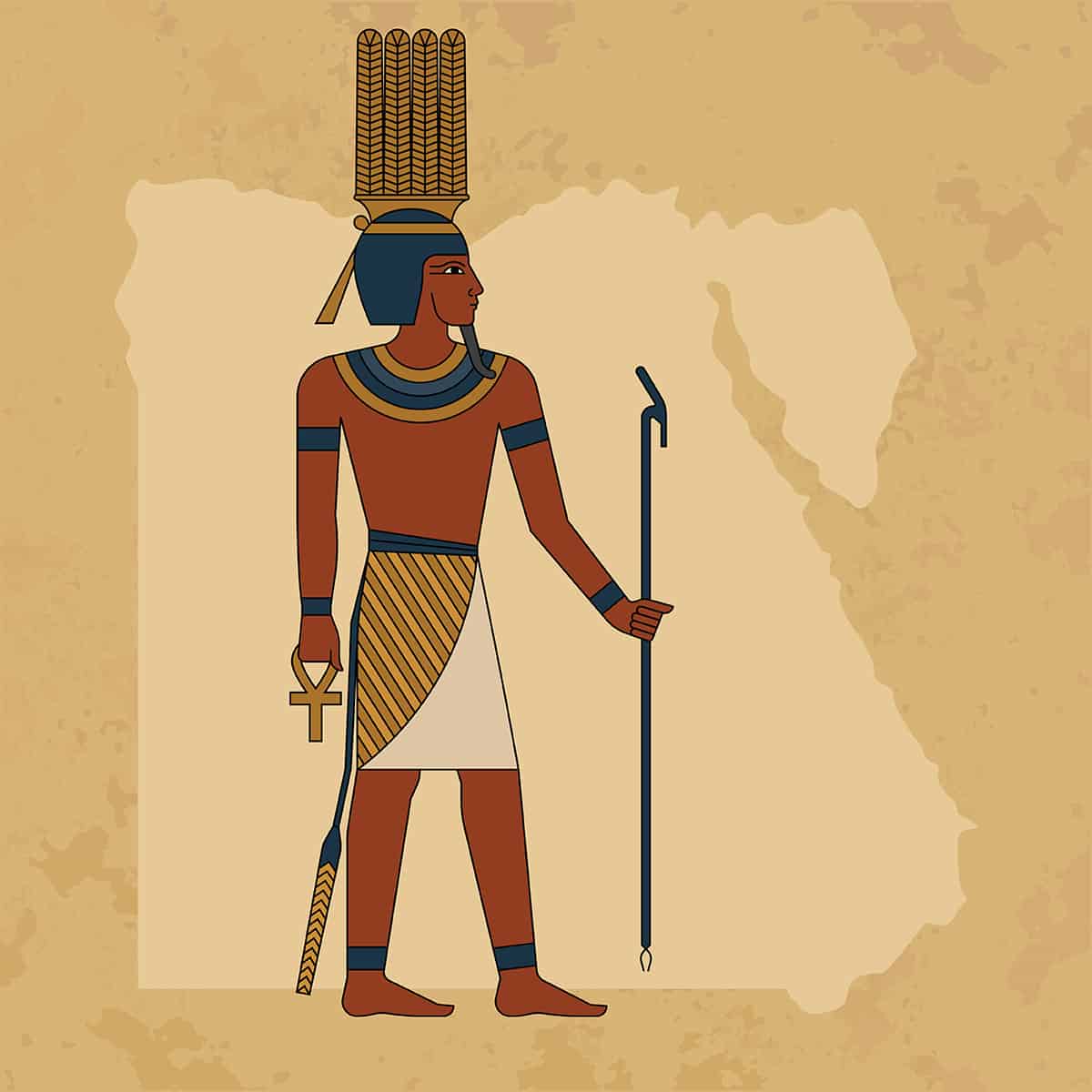 Anhur was the Egyptian god of war, particularly worshiped in …, one of Ancient Egypt’s oldest cities. Quite logically, a god of war had to be a protector of the Egyptian army and all royal warriors. The main symbols connected to Anhur are his headdress or crown made up of four large ostrich feathers.

Although not often seen as a symbol (symbols are more simple, for practical terms), there were protective figurine-amulets of Anhur. Generally speaking, the deity’s presence as a god of war is still strong in the collective unconscious.

Interestingly, ostrich feathers – the main physical symbol of Anhur – are not themselves a symbol of war, but of creation and light – which is an interesting philosophical twist if you consider the real-life influence of war on communities and civilizations. 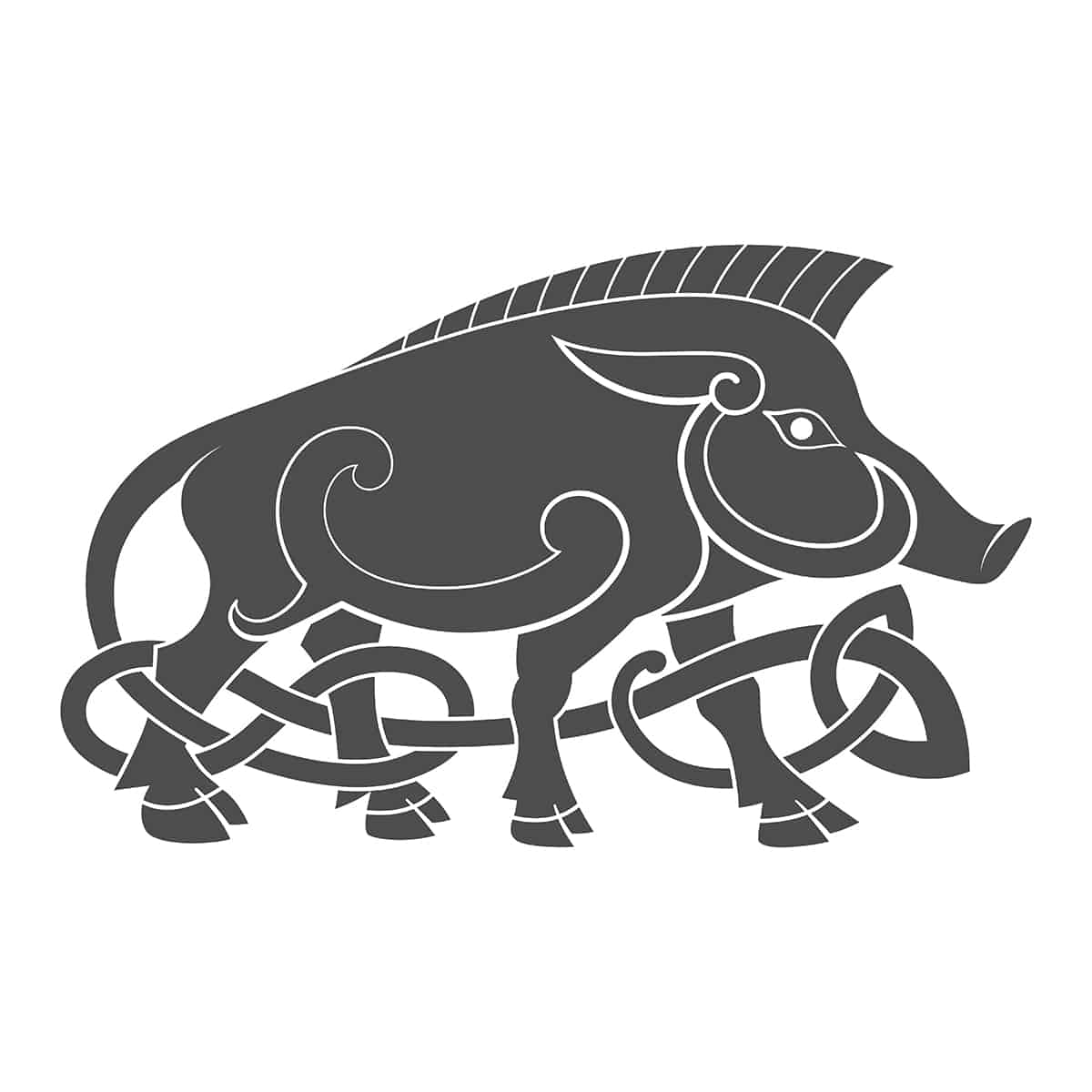 Have you ever visited a beautiful wild forest but have been really afraid not to run into an angry wild boar? I certainly have – and that is why instinctively I know that the boar would make a perfect ancient symbol of war.

Why are wild boars so dangerous in the first place? Well, first of all, mother boars are fierce – during the breeding season, just look at their baby piglets the wrong way, and they’ll come after you. Hard. On the other hand, male boars tend to have impressive duels – usually ending up with no contender really hurt, but still very showy in an aggressive way. Their hairs will stand up, and they will produce some chilling noise.

It is no wonder that the boar is present as a symbol of strength and courage across many cultures. Most notably, ancient Celts have associated the boar with bravery and ferocity on the battlefield. Some speculations are that the Celts have hinted the boars for their meat – as many do today, but they have believed that it would give them additional courage in the face of a battle.

The boar was also associated with Vitiris, a Celtic deity popular among then-warriors.

But that’s not all for the mighty Celtic boar. Besides being in connection with warfare virtues, the boar was connected with the magical world, as well as the underworld.

The boar is also present in war-related events of other European cultures. In the 19th century, a small kingdom of Serbia in the Balkans stood up against the immense Ottoman empire, which kept the Serbs occupied for nearly 600 years. During their first natural uprise, they had a flag that featured a boar’s head with an arrow in its forehead.

Most Ancient Egyptian deities stood for a number of different meanings. Horus is one of the most well-known of Egypt’s gods, famous for his head of a falcon.

Horus is represented as a falcon or as an Eye of Horus as a symbol.

Horus is a very complex deity and has a number of goldy responsibilities. However, in the early stages of Egyptian religion, he was a god of war and the sky.

That is why today the deity Horus remains popular in certain military circles, especially as the symbol of the Egyptian airforce.

Norse people have had learned a thing or two about wars in the past – and look how their descendants live harmoniously in today’s Scandinavia!

However, there was the time of conquering, of Vikings, and of deities they have worshiped.

One of the most well-known Norse deities is Thor – the god of war and thunder. To make things even more impressive, Thor’s main weapon was this battle hammer called Mjolnir. Thor used Mjolnir with great strength against his enemies. It is no wonder that Mjolnir remains a symbol of power and strength – and, consequently, warfare.

Today, Mjolnir can be seen in pictures and very commonly as a pendant or the main piece on an amulet. The designs vary slightly, but the main form is the same – a massive hammer with a central axis. Conis featuring the hammer have also been uncovered in archaeological field research.

It may be interesting to know that Thor had other roles as well – he was also a god of agriculture and Earth’s fertility – thus very relevant to farmers, not only warriors.

Here is the creepiest symbol on this list, coming from the Amazon.

When you Tsantsa or Tzantza looks like some sort of a doll head amulet, right?

However, each Tsantsa is actually a real, severed head – shrunken by tribal shamans of the Shuar people of the Amazons. True story!

The traditional belief in this ethnic group is that even the dead enemies can cause harm. To prevent that, they would cut off the heads of the enemy tribe members who lost their lives ina battle and bring them back to their village. There, ancient techniques were used by specially skilled members to shrink and dry these heads, by which they would become spiritually harmless.

In fact, the opposite happens. They become amulets that the shamans could use in various magic rituals – and to scare off enemies.

Indeed, I would be quite terrified if faced with a bunch of tiny shrunken real heads. Eek!

Bonus: is “Z” An Ancient Symbol of War? 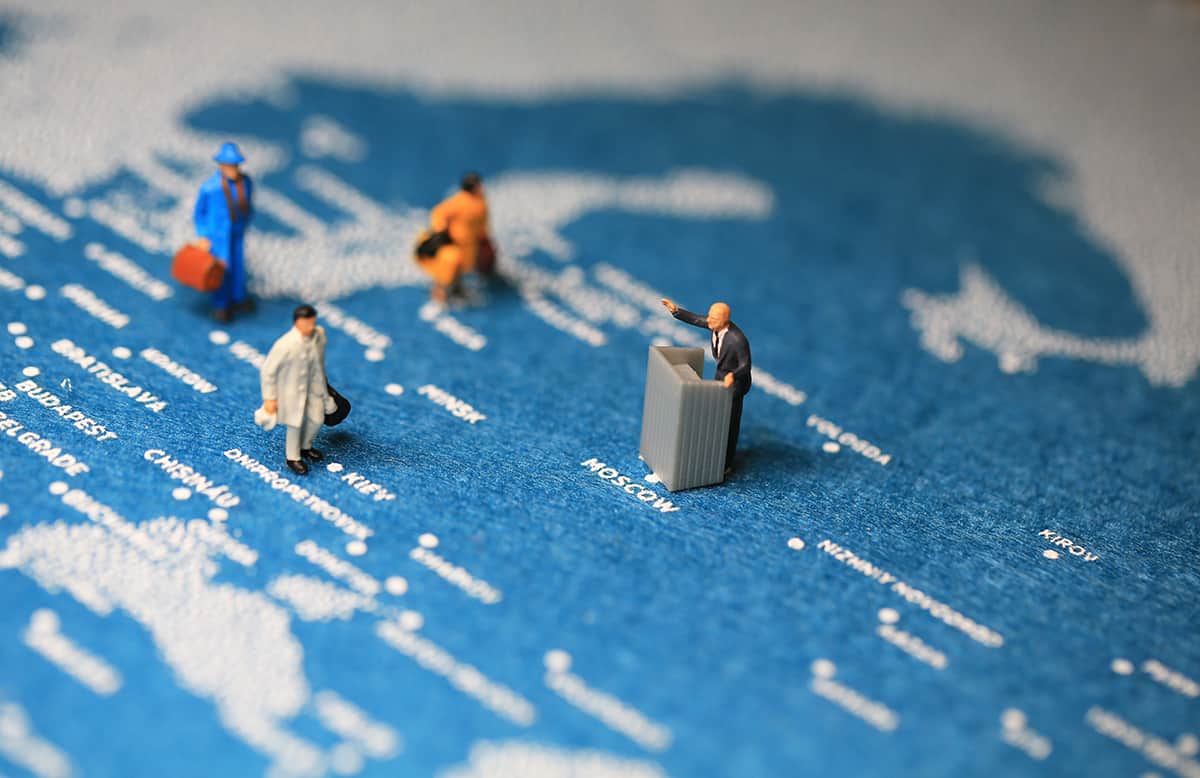 On February 24, 2022, Russia began its ongoing invasion of neighboring Ukraine – the scale of war unseen in Europe since World War 2. Despite the fact that Russians use Cyrillic alphabet, the official symbol of the invasion became the Latin letter Z. It first appeared on military vehicles stacking up on Ukrainian borders.

The symbol has spread significantly, especially among the dreadful invasion’s supporters: with the Russian state TV selling t-shirts with its print in support of the invasion and some Russian athletes getting kicked out of competitions because they have flashed the sign. To those opposed to the war (majority of the world), it has become a symbol of evil.

Still, strangely – no one knows what it really means or where it came from.

Some say that “Z” stands for “Zapad” – the Slavic word for “West”, which would indicate (and sort of praise) Russian westward offensive. Less likely, it could be ridicule of Ukrainian troops, calling them “zhopa“, meaning “asses, donkeys” – animals known for their stubbornness.

So to conclude, “Z” is not an ancient warfare symbol, and for now, it is unclear where it came from or why.