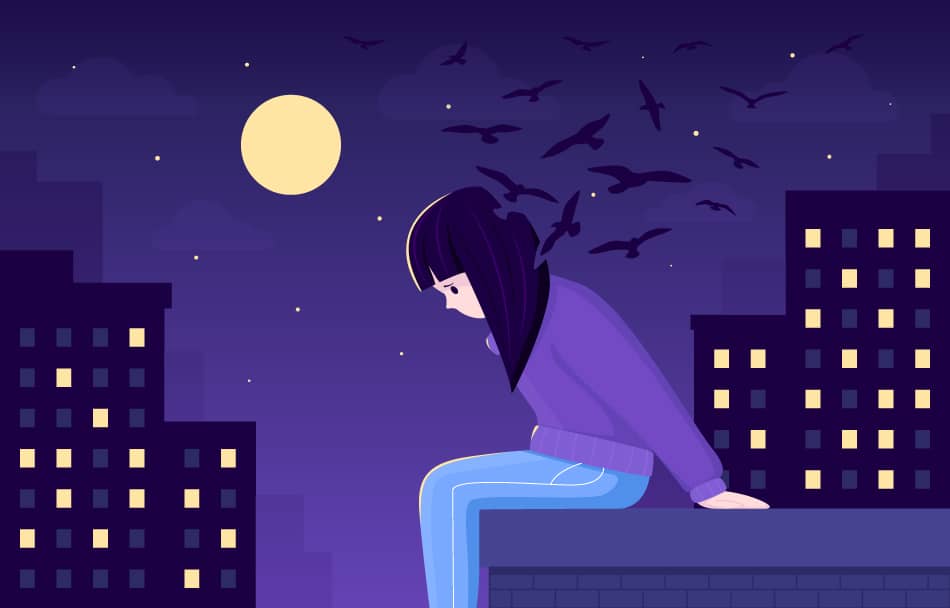 It is easy to like the idea of making changes in your life when that is what you need to do for your personal growth. The reality is, of course, harder.

Dreaming of committing suicide can symbolize the type of difficult situation that happens when you realize you need to end some part of your life that is not working. Though there is potential for rebirth on the other end of such a situation, the disturbing imagery of a suicide dream may reflect the pain of the journey through it.

Instead, a suicide dream more likely means that you want to end some component of your life, like a job, a relationship, or an addiction. You want to end one version of your life and start fresh, like a snake shedding its skin.

Any death dream can refer to an ending of this sort, but the good thing about a suicide dream is that it shows you are intentionally seeking to bring about the ending in a way that you have control over. The alternative, when you know that you need to end something but passively let things drag out instead of taking action, is more likely to explode in a way not favorable to you. 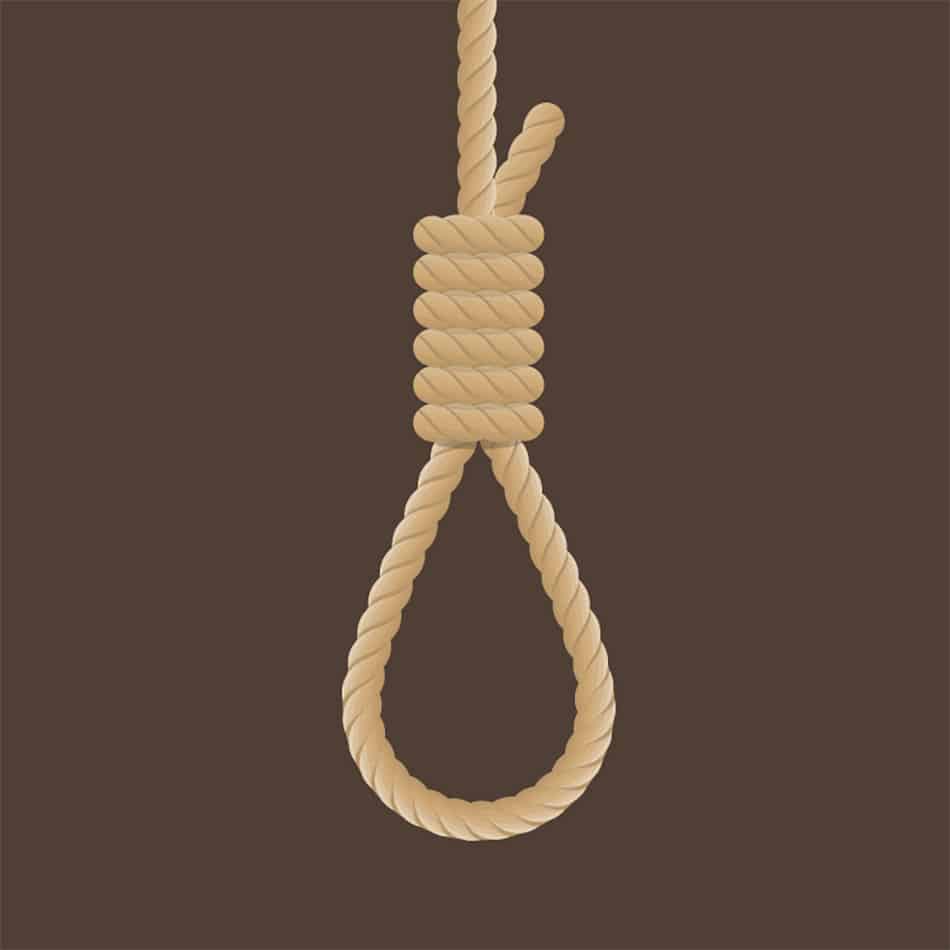 For example, if you take and pass the required courses, you will go through the transition of graduating from school. As disruptive as this transition may be, it is not a transition that is outside the expected course of events.

If, instead of going along with the required courses, you come to realize that the school you worked hard to get into is not a good fit for you, and you decide to drop out of school, that is a transition you initiate yourself.

A suicide dream is more likely about the sort of transition that you decide to initiate yourself. Even if you feel confident that you are making the right decision, you may still feel some ambivalence about what seems to be bucking the natural flow of events.

What is dying in your life that you need to let go of? The answer to this question may tell you what your suicide dream was about.

Whatever your answer may be, it is something that you need to intentionally decide to let go of. You might hope it will drift away on its own, but that hope is taking a gamble that the situation won’t blow up in some more inconvenient way first.

One reason why people sometimes commit suicide in waking life is that they feel guilty for something they have done and don’t feel like they can recover from it. A suicide dream could include a similar component of guilt, where you want to shed some part of your life that you feel guilty about.

People also sometimes feel guilty for even thinking about suicide, on the grounds that they should not end their lives because of their responsibilities toward others such as their families and even God. The same type of guilt can come up for other personal decisions that have an impact on others, such as divorce, so contemplating something like that could trigger a suicide dream.

The more you hold back on even the tiniest form of asserting yourself out of guilt that someone else might be adversely affected, however, the more likely things are to build to a point where you would dream of the extreme self-assertion found in suicide.

Dream of suicide by gun 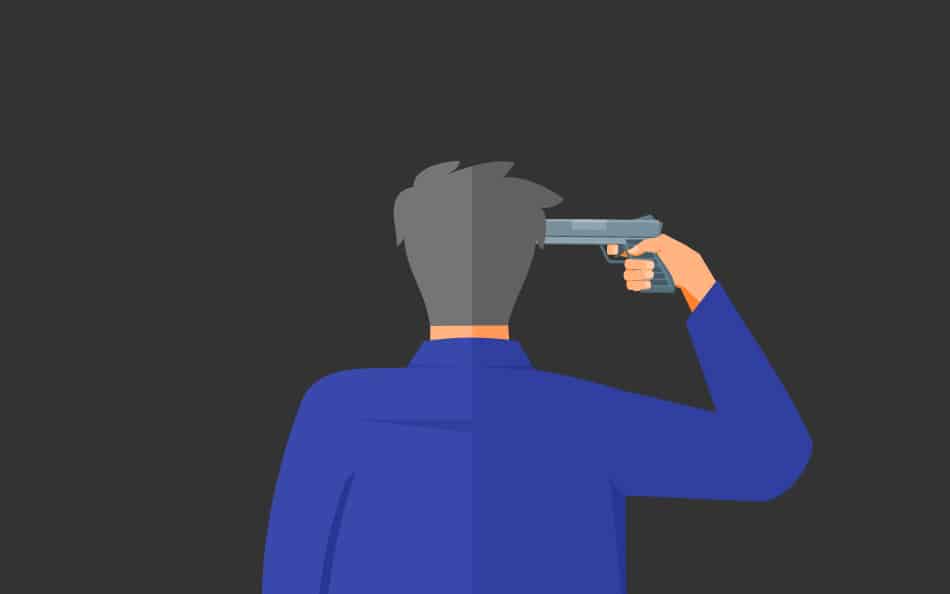 The symbolism of any dream of shooting a gun has to do with taking decisive action. A dream of committing suicide by shooting yourself, therefore, symbolizes that you want to take decisive action to end some part of your life.

A dream of shooting yourself in the mouth could symbolize that you feel regret for how you have spoken to people and that you want to change your way of communicating. A dream of shooting yourself higher up on your head, like in your forehead or temple, could symbolize that you want to cut ties with some part of your intellectual life, like a religious or political ideology.

Dreaming of shooting yourself in the chest could symbolize that you feel the need to end an important relationship.

Dream of suicide by drowning 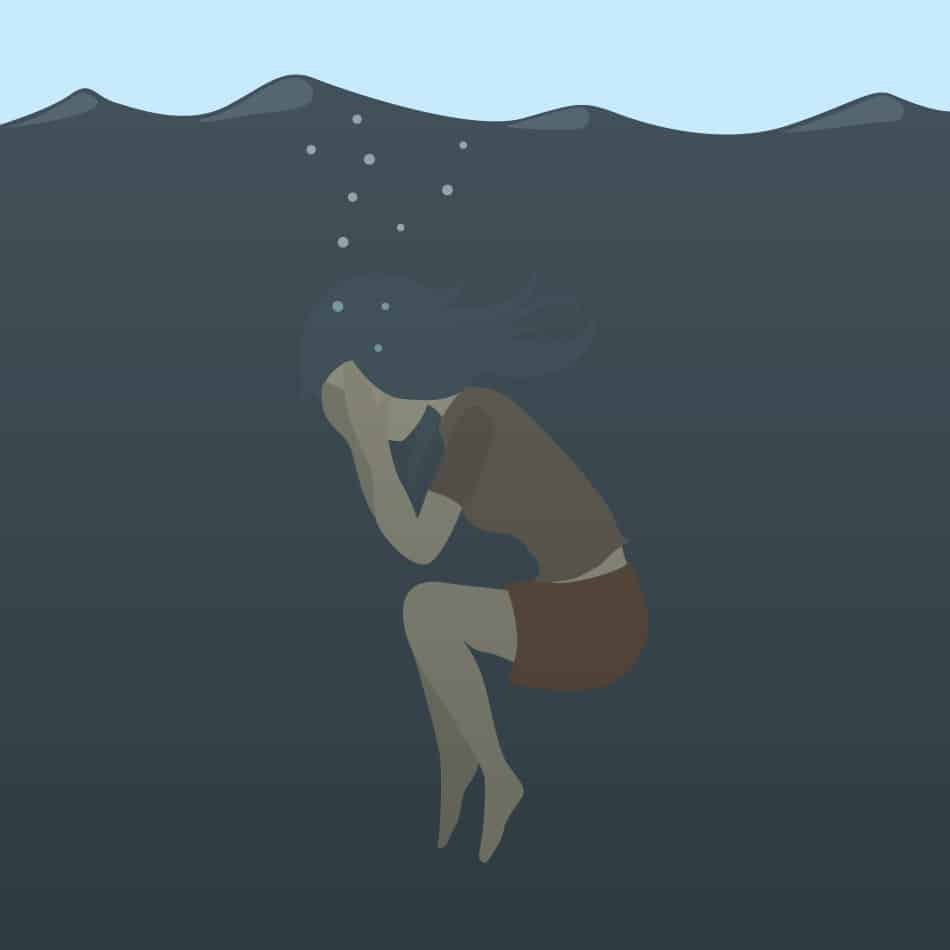 If you dream of committing suicide by intentionally drowning, this could symbolize an intense desire for rebirth. Water can symbolize the womb, and many stories of a great flood end with rebirth and renewal in the wake of the destruction.

To intentionally drown in your dream could therefore symbolize that you hope to enter a nurturing womb-like space and come out refreshed.

A dream of suicide by drowning could therefore symbolize confronting your fears of the overwhelming emotions, like initiating the conversation that you know is going to provoke a scary outburst. After the feared event actually happens, you can find out what is on the other side of it.

Dream of suicide by eating or drinking something poisonous 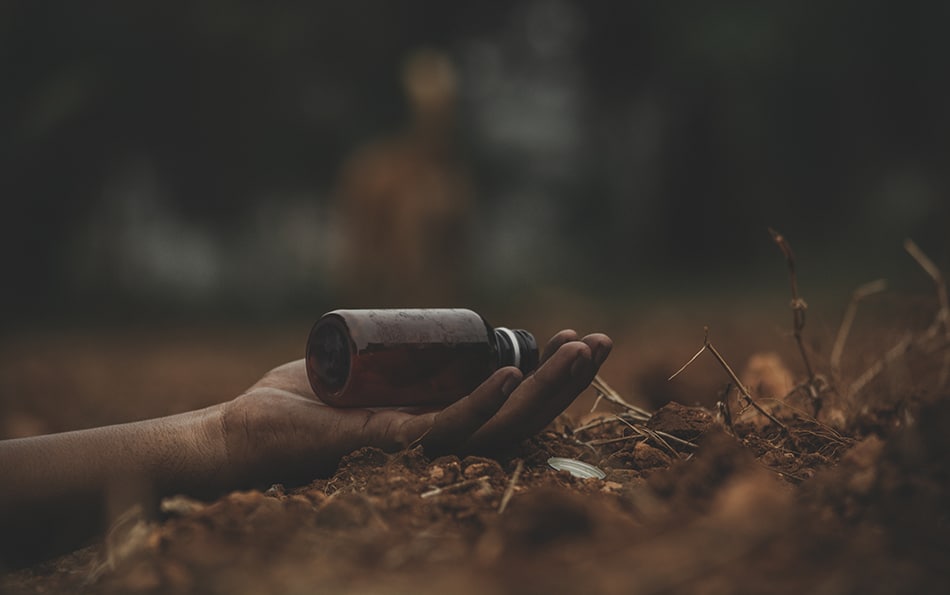 If you dream of committing suicide by eating or drinking something poisonous, this could symbolize subtle concerns about your diet. Maybe you feel that whatever you regularly eat and drink in waking life is not really nourishing you and is instead slowly dragging you down.

This type of suicide attempt might be thwarted by your body’s reflex to vomit. Vomiting dream symbolism includes getting rid of something that is not working in your life, so it overlaps with suicide dream symbolism in that way.

The difference is that, while you have conscious control over a suicide attempt, vomiting is generally a reflex that you don’t control. A dream of a suicide attempt thwarted by vomiting could therefore symbolize a situation where you are trying to control the terms of your separation from whatever is not working in your life, but then the separation process takes on a life of its own.

Dream of suicide by knife wound 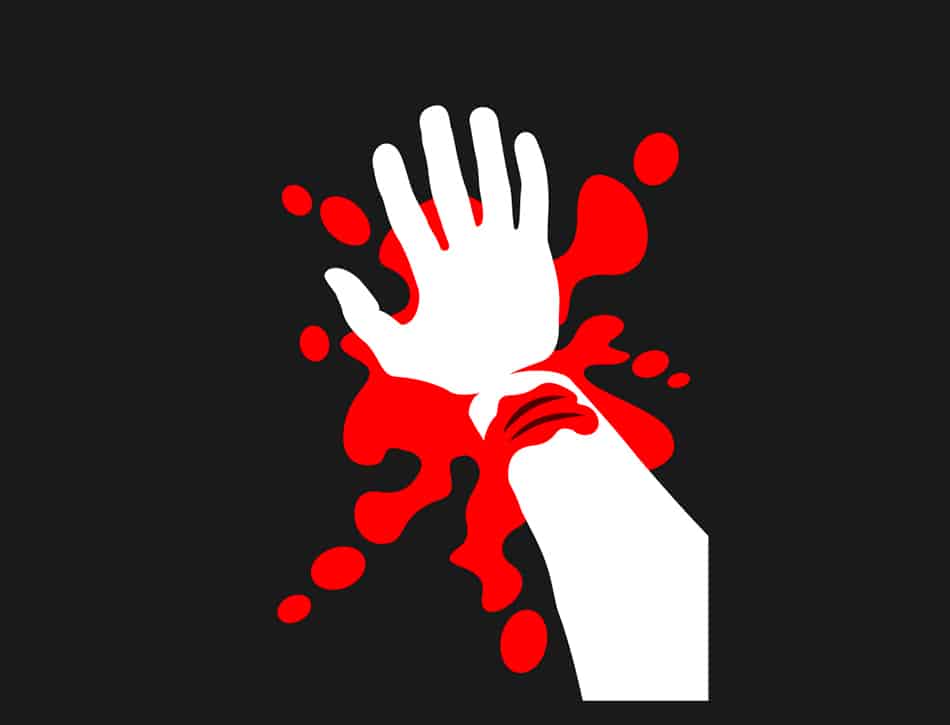 A dream of committing suicide by knife would often involve the sight of blood. Blood represents the life force, as noted in blood dream symbolism, so generally, people who want to live do not want to lose blood.

In the circumstance of menstruation, however, a little bit of bleeding is necessary to cleanse the body on a regular basis. Dreaming of seeing blood while committing suicide by knife could therefore symbolize a situation where you want to cleanse yourself in a similar way.

If you dream of slitting your wrists, the proximity to the hands could be symbolically significant. Your hands represent your ability to take action and implement your ideas in the physical world.

A dream of slitting your wrists could therefore symbolize a situation where you are not happy with the results of some action you have taken and want to change your course.

The imagery of a suicide dream can be troubling. Even though it often does not mean that you really want to die, what it does mean can sometimes be just as scary: you need to assert yourself to make a change in your life.