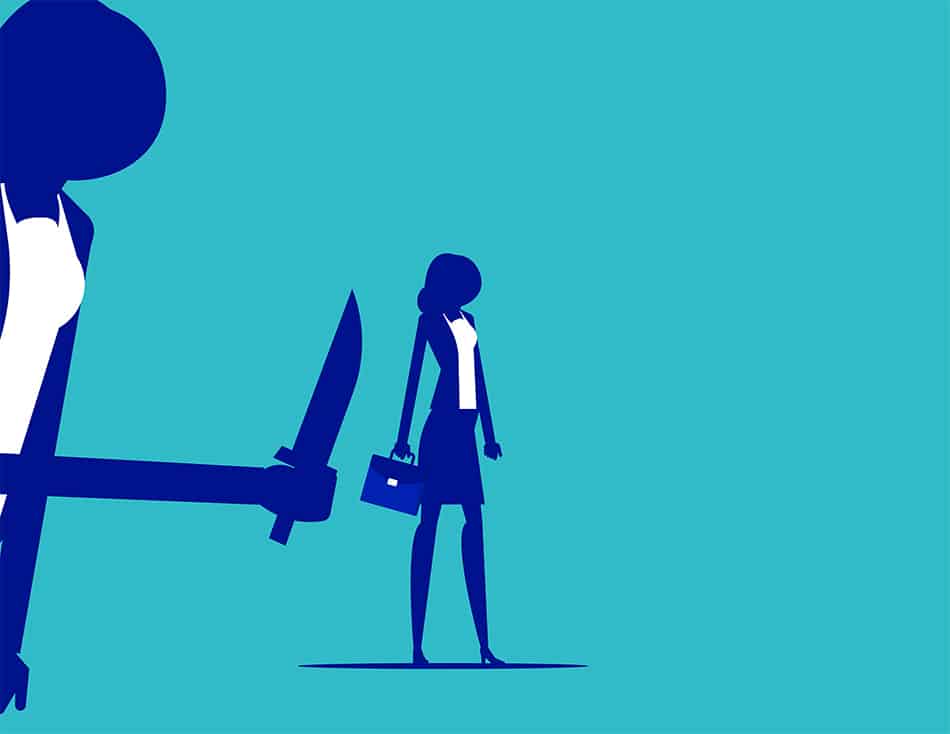 In the following sections, you will get accurate information about the meaning of dreams involving the act of stabbing.

Stabbing or Being Stabbed Dream Summary

Symbolism of Stabbing or Being Stabbed

Getting some data about the symbolism of stabbing someone or being stabbed in a dream is vital for understanding the meaning of a dream involving this type of violent action. Metaphoric meanings attributed to stabbing provide clues about the significance of your dream.

The act of stabbing someone in a dream or being stabbed by someone else is a metaphor of betrayal. Maybe you have pinned hopes on someone and have huge expectations about them. But then this person betrays you and you feel pain. Since betrayal causes pain and leaves an indelible mark on your heart, this terrible experience is often compared to being stabbed in the chest.

Some dreams about stabbing someone or being stabbed are more frequent than others. In the following sections, you will find out practical information about common dreams people have regarding stabbing, along with specific interpretations about them. Frequent stabbing dreams analyzed in this article include:

Stabbing or Being Stabbed Dream Interpretations

Dreams About Being Stabbed 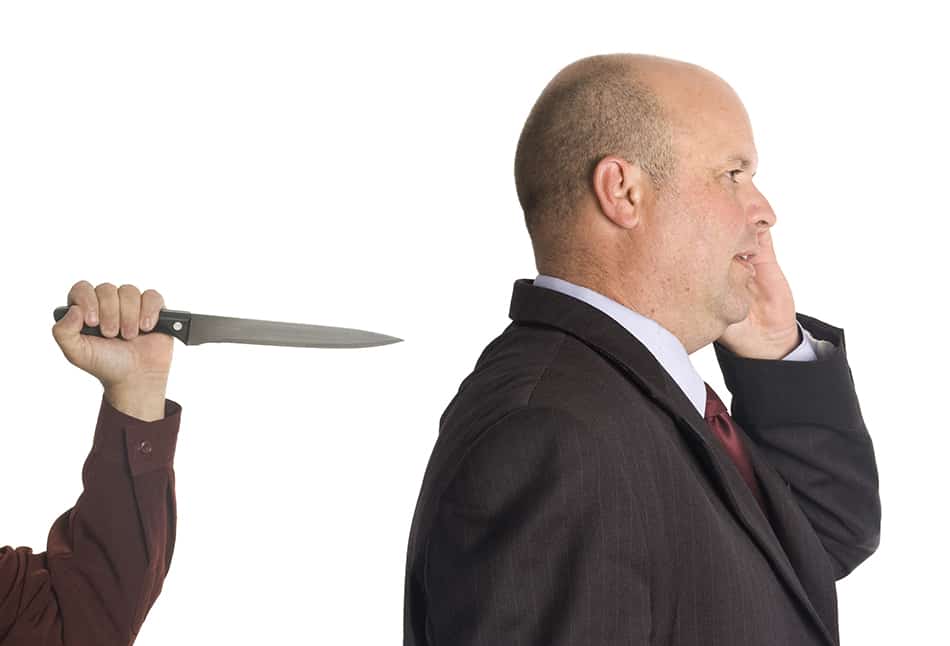 If you dream about someone stabbing you, the meaning behind this dream is that you are experiencing a lot of tension and defensiveness in your waking life. This type of dream may suggest that you are feeling inadequate or undervalued at work or in your personal relationships.

Dreaming about being stabbed indicates that you may need to deal with your emotions and understand why they emerge while you are sleeping.

The dream of being stabbed by someone is usually an unconscious reaction to being betrayed by a person you trust. In your waking life, someone close to you may have played with your trust and now you feel that they have symbolically stabbed you.

This betrayal could have been manifested in actions or in words. Nonetheless, the person that betrayed you wants to see you in pain or wants to “beat” you in some way. There is a power struggle taking place between you and this other human being.

Dreams About Stabbing Someone

Stabbing someone in a dream means that you are feeling anxious and aggressive towards someone’s behavior. But you are not doing anything healthy to channel those emotions when you are awake, so you dream about exercising violence when you are asleep. The dream could unravel your desire to hurt someone for a specific reason.

This type of dream could also depict your fears of abandonment or betrayal by someone you love. Maybe you want to control a relationship and you are having a hard time trusting your significant other. In some cases, it could also reveal your defensive state. You probably feel that you are going to be under attack in some way and your subconscious mind is preparing you for this situation.

The dream of stabbing someone could also be a result of your wish for more independence and freedom. You could feel lost in your daily obligations and in desperate need of rest and qualitative time with yourself. This is the appropriate moment to start making some changes in your routines.

Dreams About Being Stabbed in a Specific Area of the Body 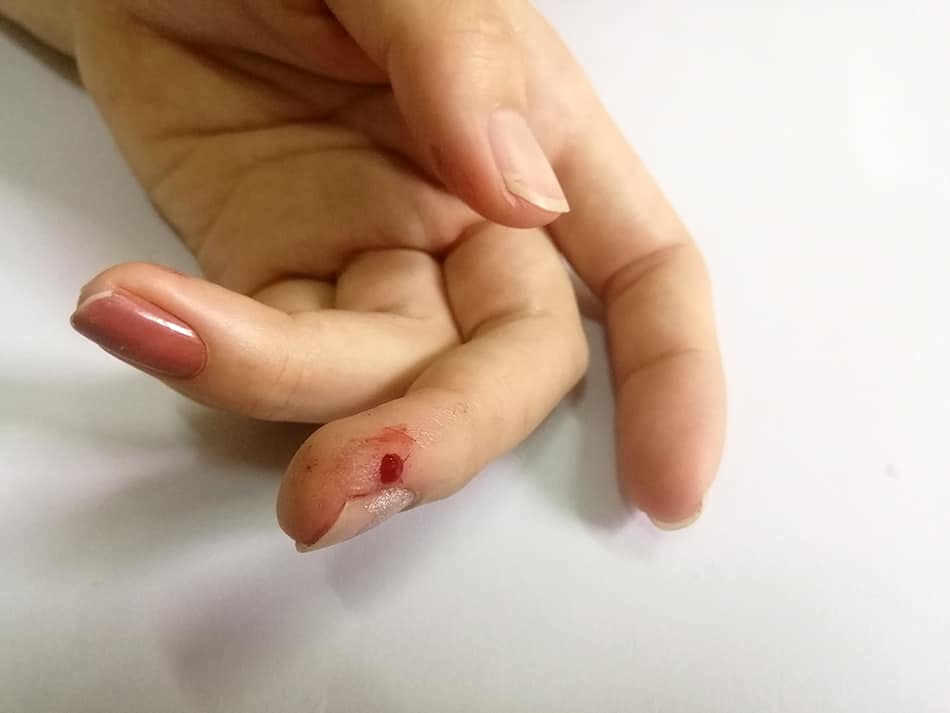 Considering the area of the body being stabbed in the dream offers an additional layer of meaning.

Being stabbed in the neck represents that there is conflict between your psyche and the commitments that you have made. Maybe you are feeling that there is a specific situation in your life challenging your desire to stay on the right path. You could feel attacked for your commitments and you could also feel that your enemies want to see you giving up your dreams.

If in the dream you are the person trying to stab someone in the neck, this could be a sign of jealousy. You could envy someone else’s success or feel angry because someone is being more successful than you without even trying to do so.

Dreaming about being stabbed in the leg reflects that you are feeling conflicted about making independent choices. Your family or close friends may want to stop you when you want to do something on your own. If you are stabbing someone in the leg during the dream, this action could show that you are the person blocking someone else’s independence.

If you have a dream about being stabbed in the hand, this represents that you are lacking self-confidence. You may feel criticised for your skills. Someone at work may be undermining your efforts and trying to turn you into a loser. Dreaming about stabbing someone else in their hands could reflect your attempts to hurt a person that is performing at a competent level, a level that is higher than the one you are currently in.

Being stabbed in the eye symbolizes that you are feeling observed or judged. You may also feel wounded by someone else’s hurtful words or actions. A person that is close to you may be dishonest, so choose your relationships carefully.

Dreams about stabbing someone or being stabbed are troubling, distressful and uncomfortable. People usually wake up feeling scared and anguished after dreaming about stabbing someone or being stabbed. When analyzed, the dreams involving these actions can help you in your waking life. These dreams encourage you to get in touch with your emotions and deal with them in a more constructive way.