Receiving money is often a pleasant experience, so a dream where someone gives you money could certainly count as the fulfillment of a wish. However, money can also be involved in more complicated interpersonal dynamics, so read on to fully interpret your dream of someone giving you money.

Dream Summary of Someone Giving You Money

Money in dreams can represent worth or value. A dream where someone gives you money could therefore symbolize that you are concerned with how others judge your worth. If your dream has a positive emotional atmosphere, it might mean any feelings you have of being unappreciated are likely to resolve.

Another important factor in interpreting a dream where someone gives you money is whether the money was given as a gift or in exchange for something you did. A dream about earning money could show that you consider it important for things to be fair.

However, a dream about receiving money as a gift may challenge you to accept situations where you receive blessings that you can’t earn by your own effort. 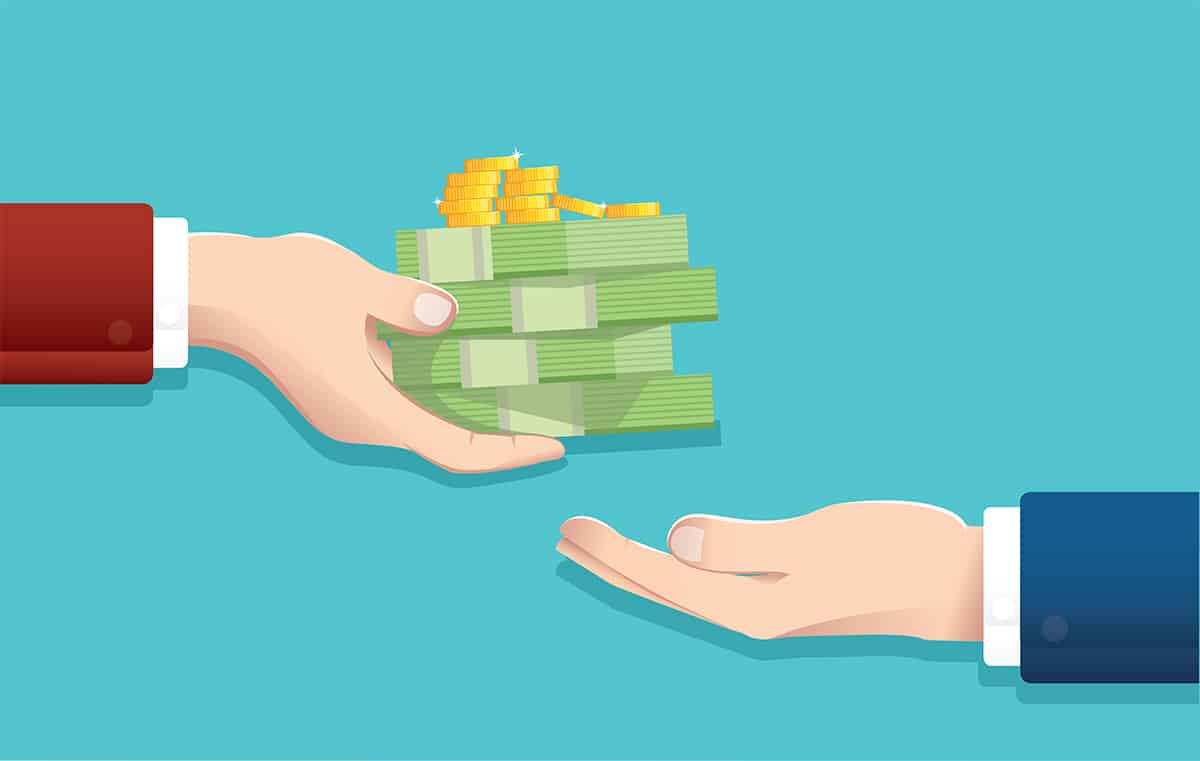 A dream of someone giving you money could symbolize that others in your life appreciate something you have done. Even if they aren’t able to compensate you with money in your waking life, they may hold you in high regard.

However, if you actually feel unappreciated in a dream where someone gives you money, your dream could reflect that money really isn’t everything! Perhaps it refers to a situation in your life that’s financially comfortable but lacking in other ways.

A dream of someone giving you money could symbolize that the resources available to you are not as limited as you might think. Especially if you have been worried about not having enough money or other resources lately, this dream can reassure you that things will work out somehow, perhaps in an unexpected way.

If you tend to be very cautious about spending or giving your money, a dream of someone giving you money could be a sign that it’s time for you to try a looser approach. While reality has its limits that must be accepted, there’s also no need for you to embellish those limits further with your own anxieties. Letting the energy of money flow with less restraint can help you become open to opportunities to experience abundance.

The flow of money can be looked at as a flow of energy. In this sense, a dream of someone giving you money can represent opportunities coming your way. Your receptivity in the dream can indicate your openness to fresh energy and new experiences.

Not everyone who gives money has good intentions. A dream of someone giving you money where the emotional atmosphere is negative or uncomfortable could symbolize that you feel manipulated by a person in your life. Even though they may be outwardly generous toward you, you might sense that they’re trying to butter you up, so you’ll later feel obligated to them when they ask you to do something you don’t really want to do.

You’re generally more likely to receive money if the person or institution giving it to you has reason to trust that you won’t misuse it. A dream of someone giving you money could therefore symbolize that you have shown yourself to be trustworthy.

A dream of receiving money might also serve as a reminder to avoid doing anything that would violate the trust that others have already placed in you. While you may be considering the possibility of doing something sketchy for financial benefit, lost trust is harder to replace than lost money.

Wanting to Be Taken Care Of

While there is often more abundance available in the universe than people think, it can also be difficult to find the line between having appropriate faith in that abundance and indulging one’s own tendencies toward laziness. Although life is not always as simple as the common saying, “God helps those who help themselves,” that saying may be a useful guide in this type of situation.

Dream of someone giving you money as a gift 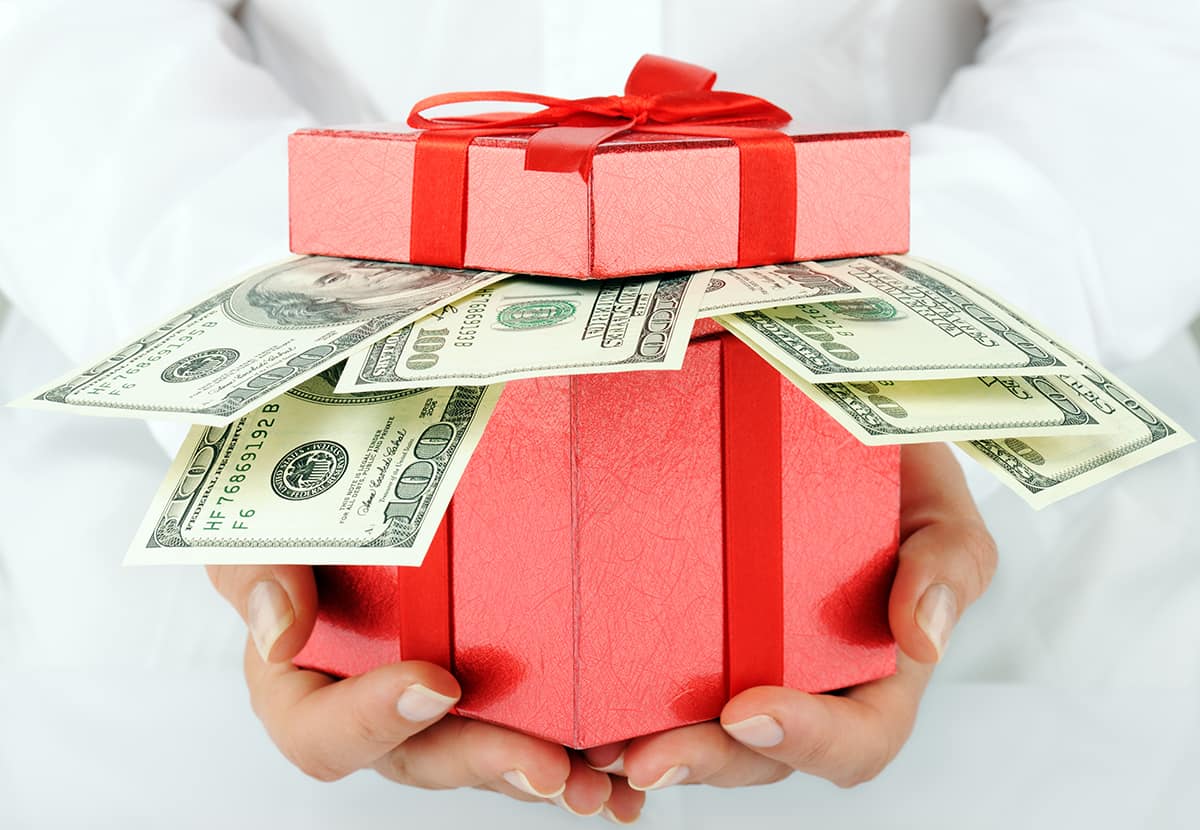 A dream of someone giving you money as a gift could symbolize that you are valued and appreciated by the people around you. You’re loved just for being you, and you don’t have to do anything else to earn it.

Someone you know giving you money in your dream could also be a comment on your relationship with that person. It might represent gifts that person gives you other than money. For example, if you dream of an important teacher giving you money, your dream may be more about the gifts of wisdom you receive from that teacher than about money.

An exception to the generally positive interpretations of this dream might be if the dream felt lonely emotionally. This could represent a situation where someone you’re involved with tends to buy your love with money or material goods instead of building actual human connection.

Dream of a stranger giving you money 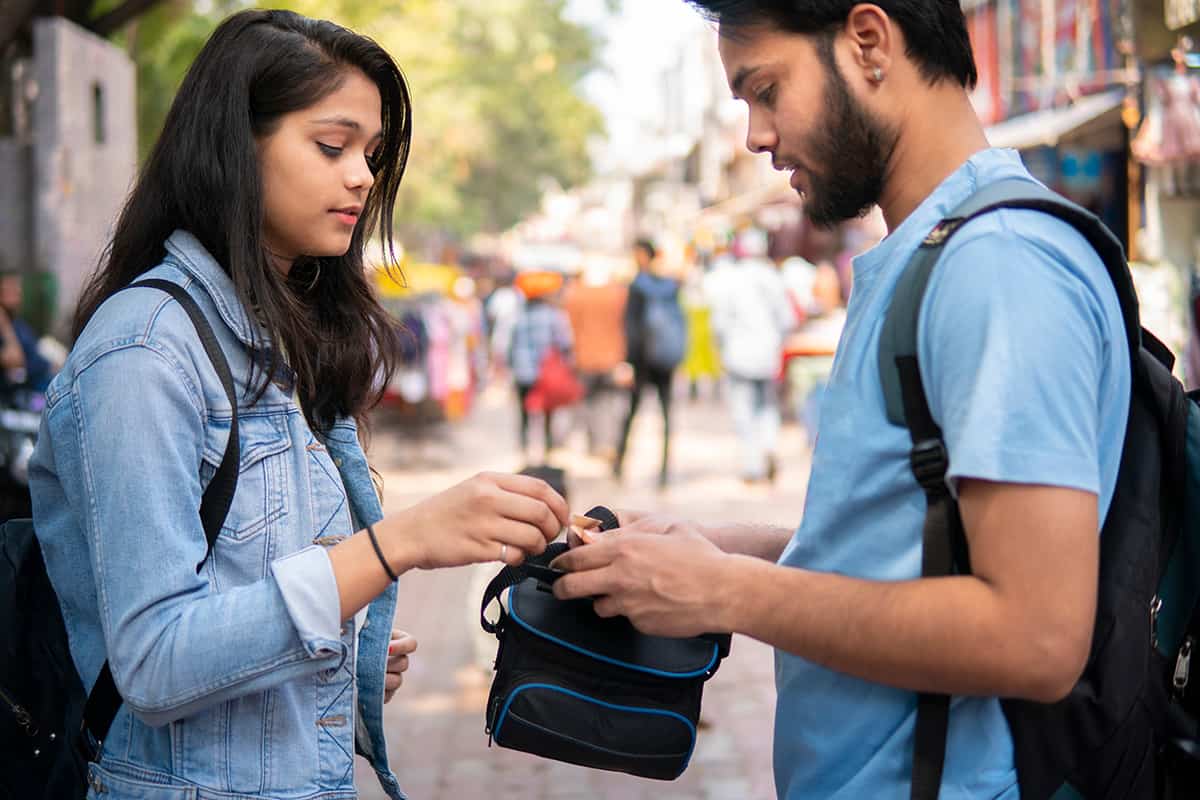 A dream of a stranger giving you money could symbolize that the universe will provide for you in your time of need. People are looking out for you, even if you’re not fully aware of it. This interpretation would especially be appropriate if you felt relieved or grateful in your dream.

However, if you felt suspicious or creeped out in your dream of a stranger giving you money, this could symbolize that you have reason to keep your guard up. If an opportunity that comes to you out of the blue seems too good to be true, it probably is.

Dream of being paid for work done 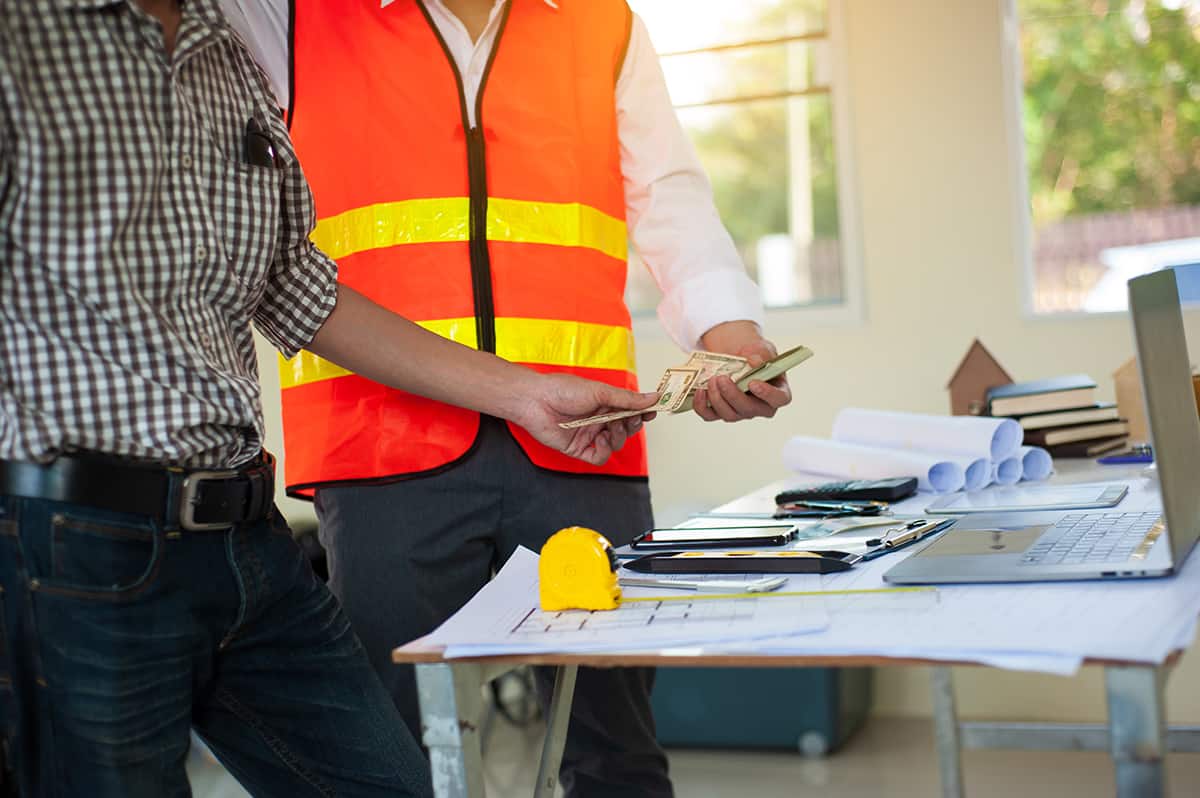 A dream of someone paying you for work you’ve done could symbolize that you are proud of your ability to meet your needs. If the amount of money is about what you expected to receive, this likely shows that you feel a reasonable level of control over your life. What you put out has a logical relationship to what you receive in return, and you can therefore make coherent plans for your future based on that.

If the amount of money is substantially more than you expected to receive, this could symbolize that there’s more to a situation in your life than the effort you put into it yourself. Perhaps your positive actions inspire others to give their best as well, like a chain reaction.

Alternately, a dream of being paid more than you expected could symbolize that you’re undervaluing yourself in some way. You might deserve more than some person or situation is currently giving you, financially or otherwise. You may need to decide whether to ask for more or to move on to greener pastures.

A dream of being paid less than you expected for work done could symbolize that you’re not being valued appropriately by someone you’re involved with. Even if they don’t cause financial problems for you in your waking life, they may be treating you with less respect than you deserve in some other way.

Dream of being paid off 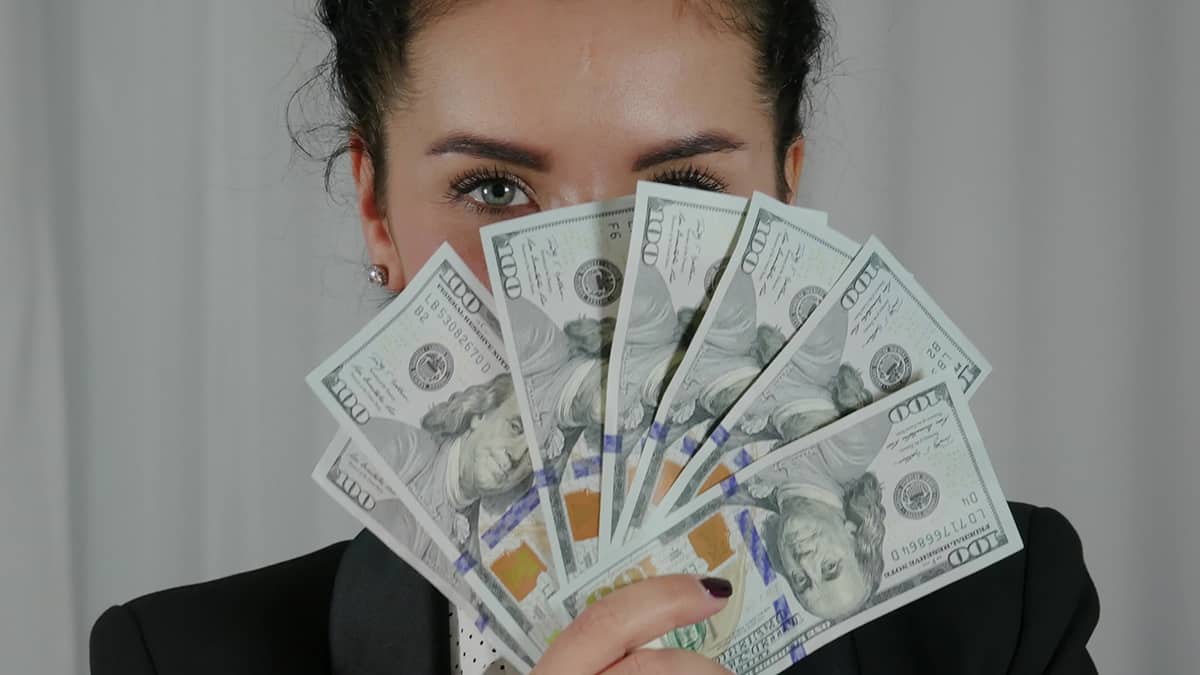 Sometimes people are given money, so they will keep quiet about their knowledge of a criminal or otherwise reprehensible act that someone else has committed. A dream of being paid off in this way could symbolize that you don’t feel right about something that the people around you are doing.

While you may experience certain advantages from not interfering with the way things are, you might also be bothered by feelings of guilt.

However, sometimes you might be paid off as part of a settlement, like if you were in a car accident and received money from the other driver’s insurance. A dream about being paid off in this way could symbolize that you will receive some form of justice or vindication for a harm you suffered. Even if the settlement doesn’t give you everything you wanted, there is at least an acknowledgement that you were wronged.

While many people enjoy receiving money, your dream of someone giving you money might show that it’s not always so simple. Money is a form of energy exchange between people — and, as such, it can carry both positive and negative sentiments. Your dream of being given money may therefore reveal important information about the dynamics of the significant relationships in your life.