Puppies are often regarded as adorable, so seeing a puppy in your dream may be almost as heartwarming as the real thing.

Puppies can be messy too, though, and the full range of puppy dream symbolism takes that into account.

Puppies are young dogs, so a dream of a puppy can share some dog dream symbolism. This includes loyalty and obedience.

A puppy, however, is usually not big enough to protect humans in the way that some fully grown dogs can. A puppy dream could therefore be similar to a dream of a human child in terms of symbolizing someone or something being vulnerable or in need of care.

Puppies, like human children, can also be chaotic and energetic, so a puppy dream could symbolize that this youthful vibe is present in your life. Puppy dreams might also refer to a situation where you are looking forward to the potential of someone or something being fully realized in the future. 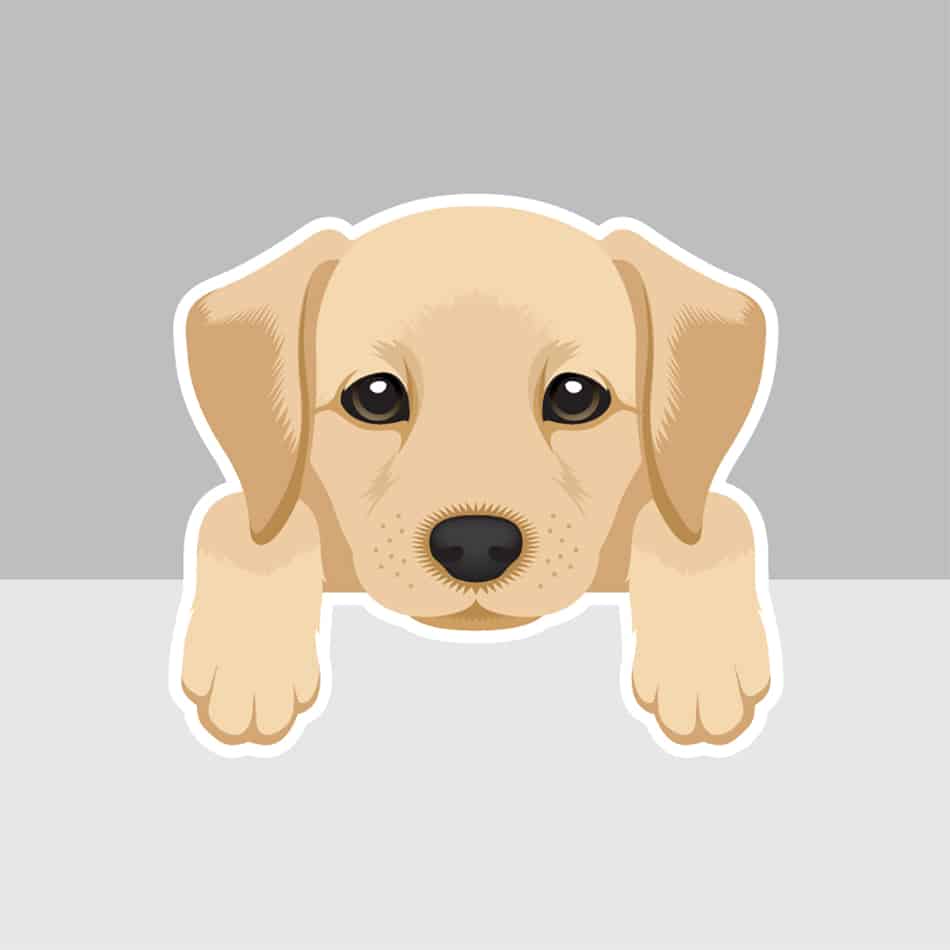 Puppies, like human children, are vulnerable and in need of care. They also, like dogs more broadly, tend to be trusting and loyal.

A dream of a puppy could therefore symbolize that someone vulnerable is putting their trust in you, and you need to be careful not to abuse that trust. Your puppy dream might also symbolize that you feel protective toward someone and want to take care of them.

Puppies can be associated with an overly sentimental approach to life. A dream of puppies in this sense could have a meaning similar to the negative side of rainbow dream symbolism, where someone has an unrealistically optimistic attitude that ignores real problems they need to deal with.

Science Friday reports that dogs, unlike wolves, have muscles around their eyes that help them make the notoriously manipulative facial expression of puppy eyes.

Dreaming of a puppy could therefore symbolize a situation where someone is manipulating you emotionally. They may also be portraying themselves as innocent and vulnerable, like a puppy, regardless of what the facts are.

Dreaming of a puppy could therefore symbolize a situation where you can see the future potential of someone or something. While your vision may be exciting and might eventually come true, you might need to be careful to find a balance between guiding growth toward that potential and staying attuned to what is actually needed in the present moment.

Dream of housebreaking a puppy

More broadly, dreams of poop or pee can refer to the need to express troublesome emotions. Dreaming of housebreaking a puppy could therefore symbolize a situation where someone in your life is having trouble regulating their emotions. You may be able to see that there is something innocent about where this person is coming from, but they are still making a mess.

Dream of a puppy destroying property 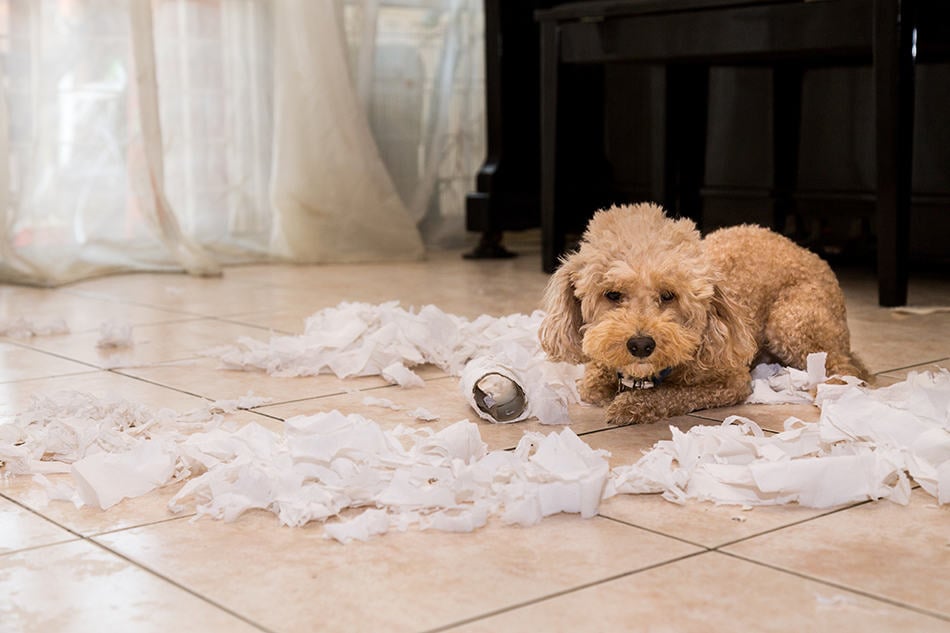 Puppies are full of energy, and sometimes that energy gets out of hand to the point that they break something. A dream of a puppy destroying property could therefore symbolize that a carefree atmosphere of fun in your life is on the verge of going too far and hurting someone.

Puppies are generally not thought of as intentionally malicious, though, so a dream of a puppy being destructive could alternately symbolize that someone who has hurt you was more oblivious than cruel. While their lack of harmful intentions may not change the effects of what they did, it might affect how you respond to the situation.

Dream of a litter of puppies 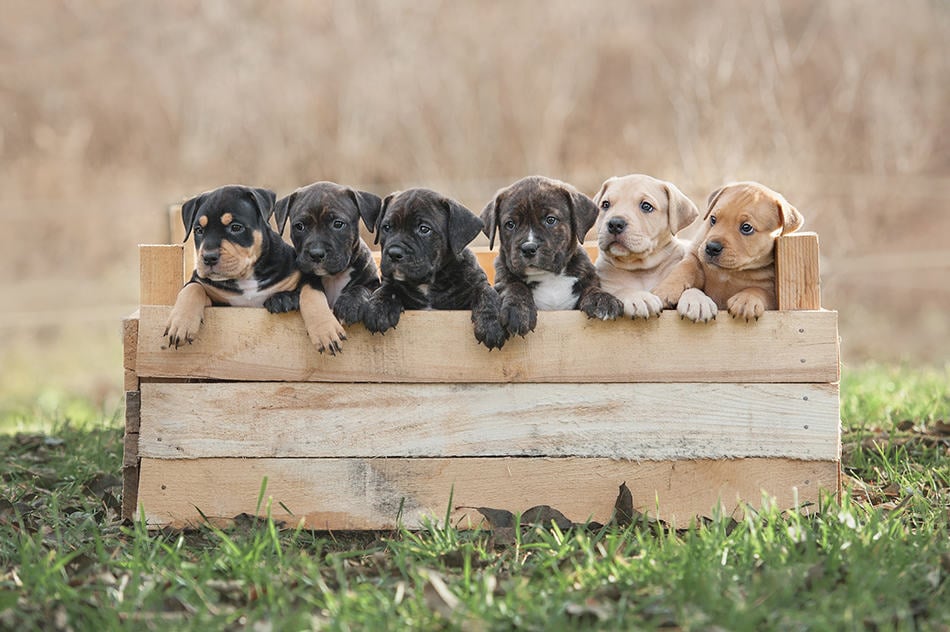 Puppies are usually born in groups called litters. The American Kennel Club notes that the average litter size across all breeds of dogs is five to six puppies, though some breeds have more and some have fewer.

Dreaming of a litter of puppies could symbolize concerns about your own fertility or pregnancy, especially if the dream emphasizes the process of the puppies being born. As in dreams of having twins, a dream of multiple births may simply reflect anxiety about not knowing exactly what you’re going to get, or a fear that you will be overwhelmed by whatever you do get.

If you relate more to the puppies than to the overwhelmed parents, though, your dream of a litter of puppies could symbolize that you feel lost in a crowd. You may be part of a group – whether that is a group of friends, a family, or a workplace – that is so large that your individual needs are not taken into consideration.

If your dream of a litter of puppies feels good, though, it could symbolize that you have a satisfying amount of companionship in your life. You might also be proud of your ability to manage or take care of a large group of people.

Dream of a dead puppy 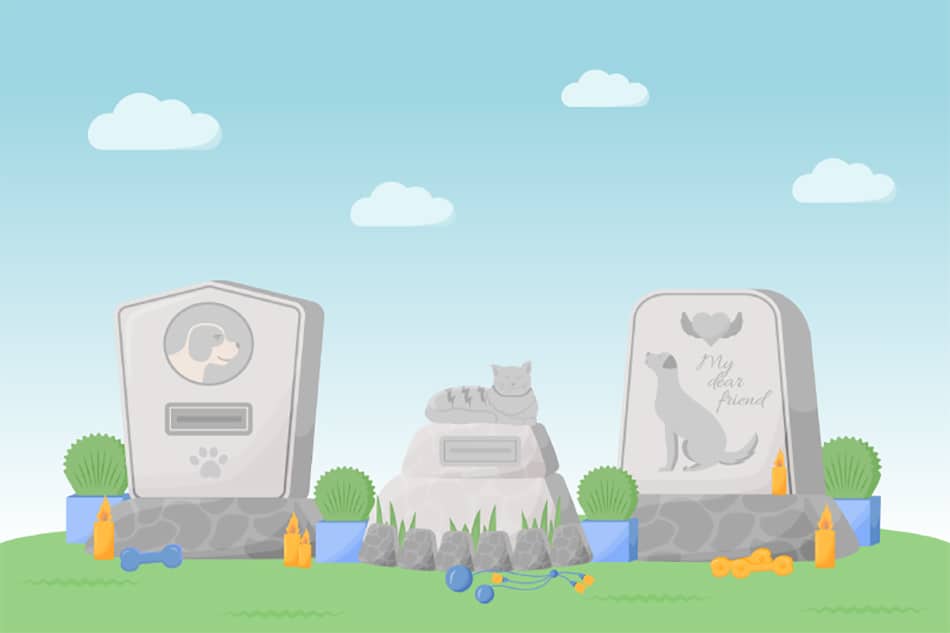 In general, death and dying dreams refer to endings and transformation, so a dead puppy dream meaning might be as simple as your feelings of loss about a child in your life growing into adulthood. As much as you may be proud of this person’s growth and excited to see what they will do next, their cute kid years are over.

A dead puppy dream meaning could also have to do with a situation where you feel you have lost your innocence. If the puppy in your dream died of natural causes, this might refer to a situation where life is tragically unfair, though it is not necessarily anyone’s fault. If the puppy in your dream was purposefully killed, though, this could symbolize that someone in your life is really twisted and maliciously harmful toward those who are vulnerable.

Alternately, dreams of killing can symbolize intentionally getting rid of things that no longer serve you. A dream of a puppy being killed might therefore symbolize that you are choosing to become less innocent or sentimental, and that may be what you need to do to protect yourself.

Dream of a puppy of a particular color

Interpreting a dream of a puppy of a particular color could require looking up the dream symbolism of the color, which you would then combine with puppy dream symbolism.

Dream of a black puppy 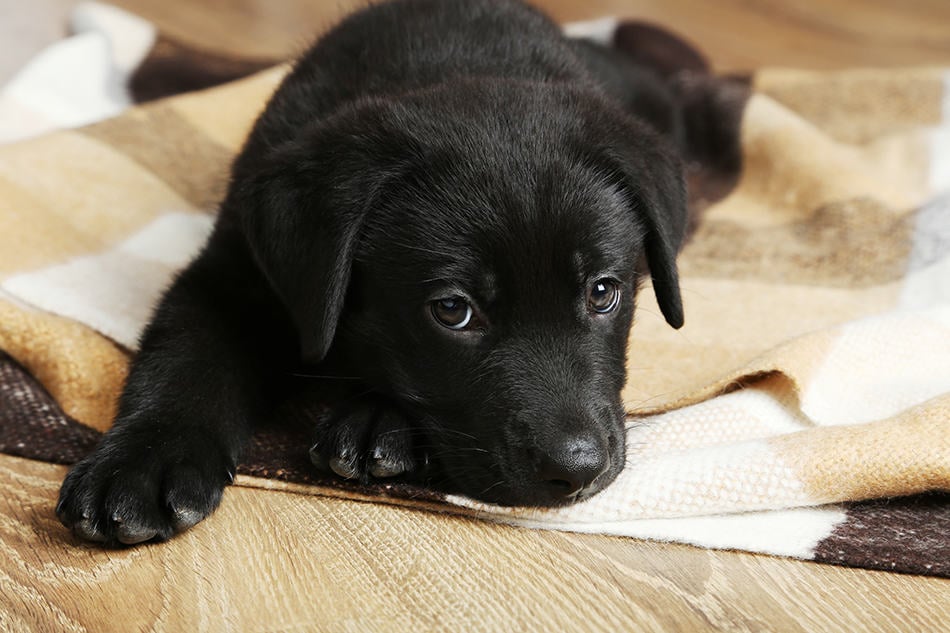 Winston Churchill, who served as Prime Minister of the United Kingdom during World War II, suffered from periods of depression that he described as his “black dog,” according to The Conversation. A black puppy in your dream could similarly symbolize that a sense of melancholy is growing in your life, but you may have the opportunity to work with it in a constructive way before it grows big enough to cause serious problems.

Dream of a white puppy

The symbolism of the color white includes innocence, so your white puppy dream meaning could emphasize the part of puppy dream symbolism that refers to innocence. As is also the case for white cat dream symbolism, however, it is easy for a white animal, like a white car, to get visibly dirty. Dreaming of a white puppy could therefore symbolize that protecting your innocence or your sense of purity is difficult for you.

Puppies have much in common with human children, including vulnerability, energy, and cuteness. Your puppy dream may therefore have a lot to say about the development of a human in your life.

However, sometimes it is easier to acknowledge your own vulnerable feelings of care when they are directed toward a dog rather than a human, as you might fear a human could reject you. Your puppy dream may therefore show that you have love to give and are looking for loyalty in return.