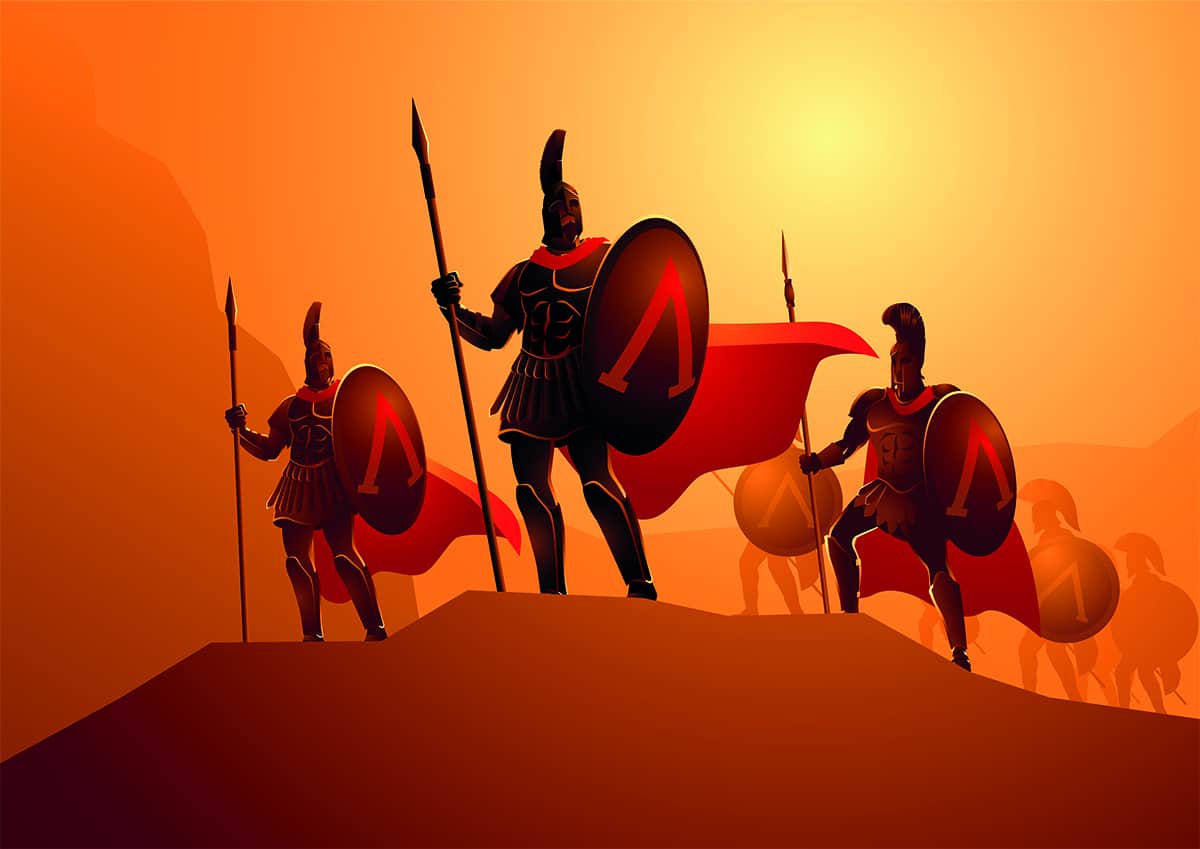 In the novel Harry Potter and the Sorcerer’s Stone, Lord Voldermort says:

“There is no good and evil, there is only power and those too weak to seek it.”

While we can agree or disagree on this sentence coined by J.K. Rowling from the perspective of the main villain of the Harry Poter saga, the truth is that people (especially those like Voldermort) have been obsessed by power and the desire to obtain as much of it as possible.

Although humans are less superstitious today in general, the ancient symbols of power keep their specific aura which draws people to them again and again.

Get ready to explore some of the most famous symbols of power and learn a thing or two about their origins.

Abstract or Object-based Symbols of Power

For starts, here are a couple of “classical” ancient power symbols. 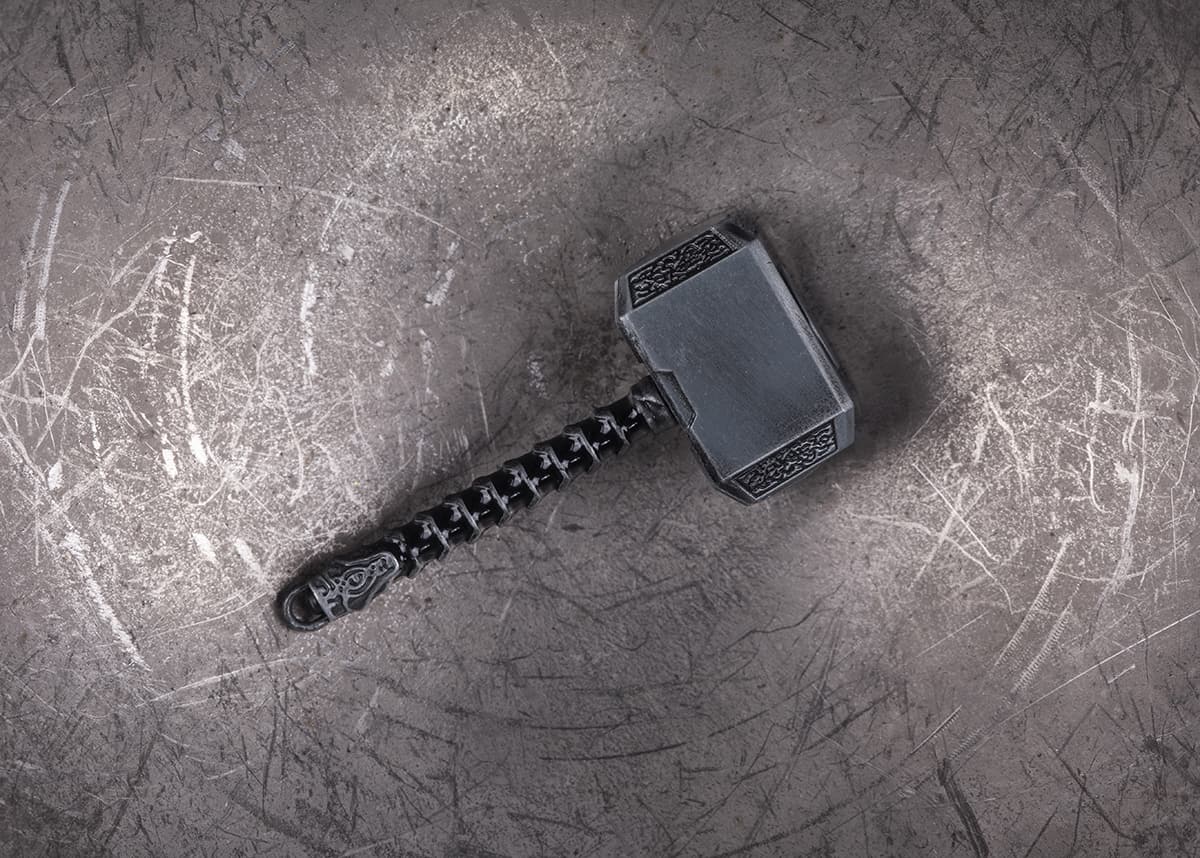 Made famous recently through Marvel Movies, the Norse deity Thor and his trademark hammer, Mjölnir, are among the most powerful and macho mythological images, thus gaining and keeping popularity among men from various cultural spheres.

According to legends, Mjölnir had a dual purpose – it could be used by Thor as a devastating weapon, or an instrument that provided divine blessings.

As a symbol, Thor’s Hammer was used by the Vikings and carried in the form of a pendant to provide the carrier with Thor’s protection and power. Today, it remains popular in this particular form, and is often worn as a silver pendant around the neck. It is especially popular among the members of the modern Pagan or Heathenry movements. 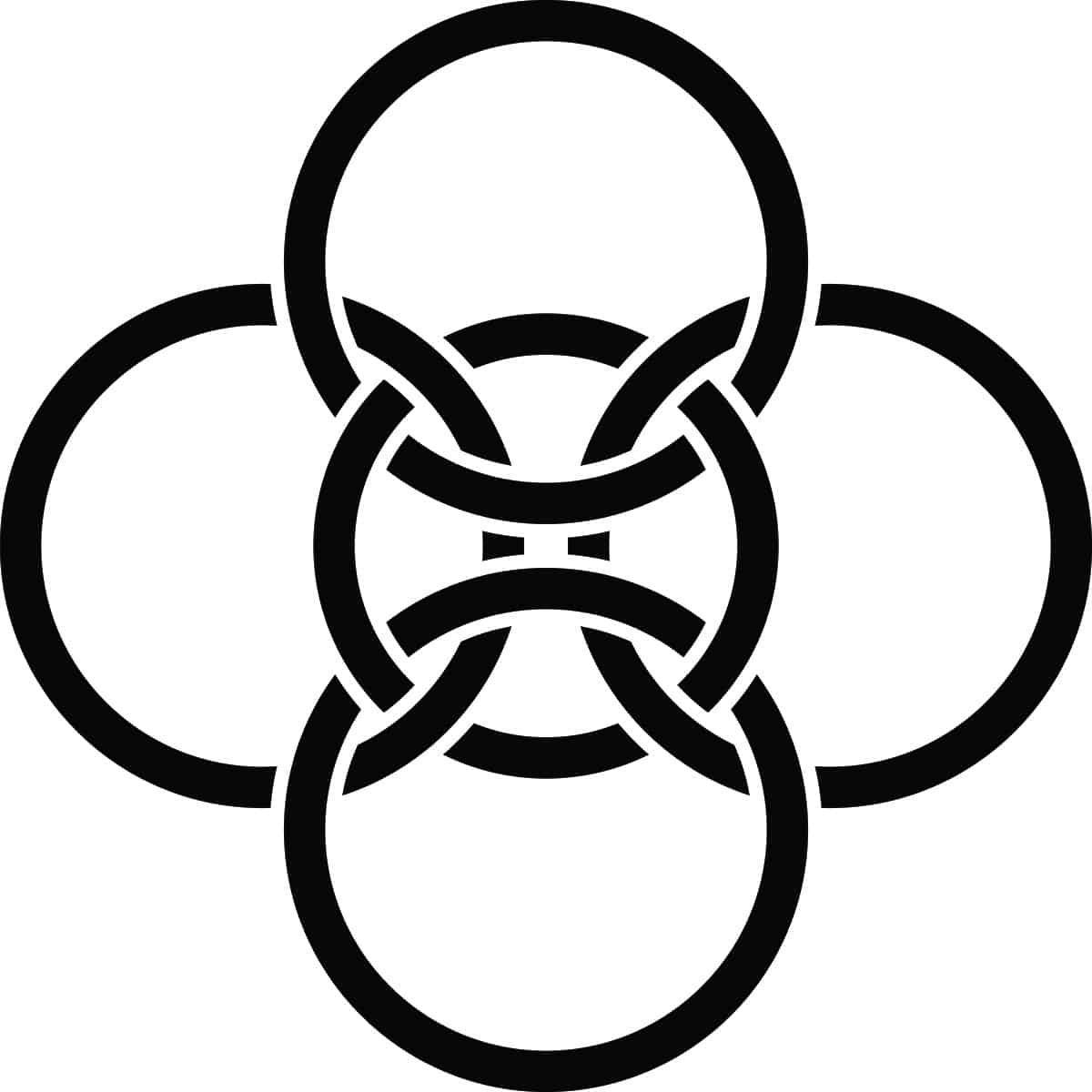 Unlike Thor’s hammer, the Celtic circular symbols called Wheel of Being definitely looks non-threatening – but, that doesn’t mean it’s not powerful

Also known as ‘the Wheel of Balance’ or ‘the Five-fold Symbol,’ it is made up of four circles put into a diamond formation, and with a fifth circle in the center. All circles are intersected and intertwined. The four circles represent the four seasons or the four elements, and the fifth one is there to symbolize unity and balance between them.

So, where does the power come into the picture? The Celtic druids believed that power comes from balance – especially between the opposing things. Wheel of Being is all about the balance between very different natural elements, so it marks true, natural, calm power, unlike its more aggressive forms.

Humans, who are not overly physically powerful creatures, have always looked up to the powerful members of the animal kingdom to find symbols of power. Fearsome predators at the top of their food chain were especially significant in this respect.

Let’s have a look at beasts, some real and some mythological, that have become symbols of power in the course of human history. 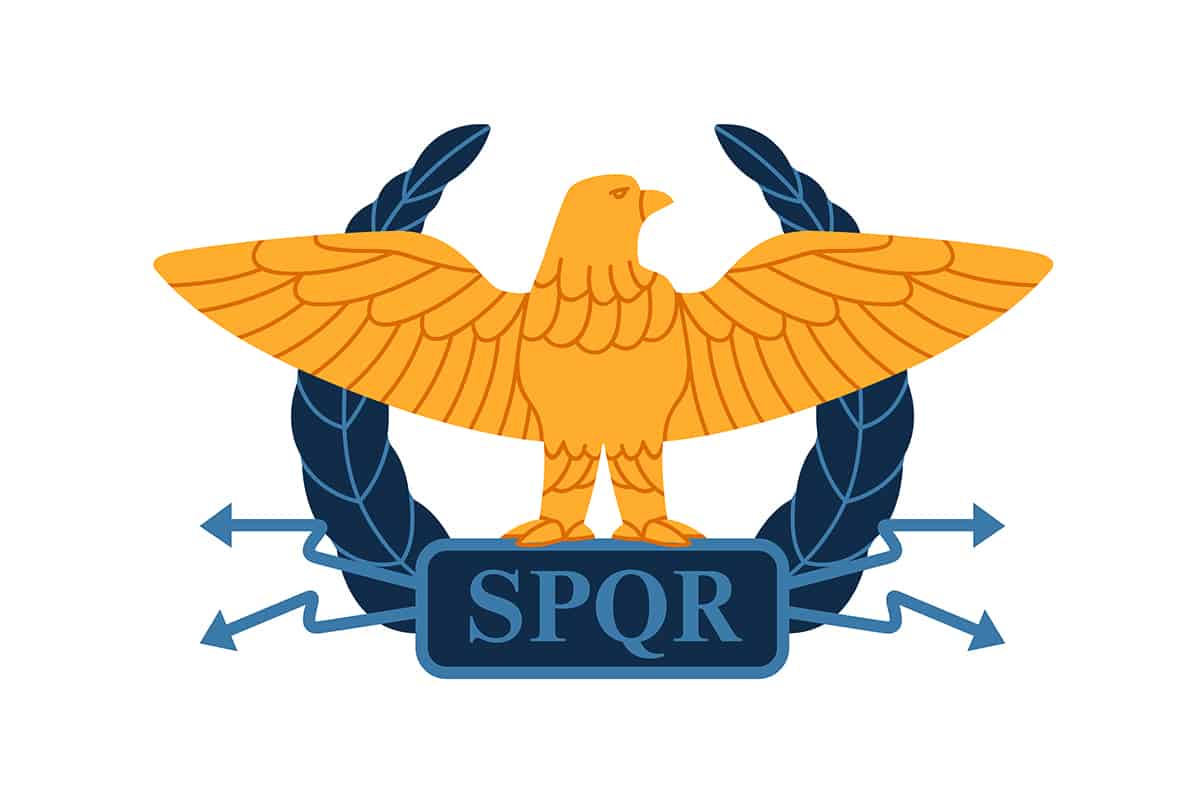 The Roman Eagle or the Imperial Aquila was a symbol of the power and dominance of the Roman Empire. The Romans especially found the image of this eagle, with his wings spread, to be comparable to their fierce military power, so the

After the fall of the Roman Empire, the Eagle symbol was adopted by other countries, primarily European, which saw themselves as the descendants or heirs of Rome.

The Imperial Aquila or the Roman eagle with wide-spread wings symbolized Roman military power and dominance over the world for many centuries. Even after the fall of the Roman Empire, the Aquila remained widely used in many countries and cultures which fancied themselves as Rome’s descendants.

The same inspiration led the stylized, minimalistic Aquila to become one of the main symbols of Nazi Germany, leading to this form of Eagle becoming associated with the Reich’s grave ideology.

Although the “German Eagle” is still officially featured on some official German national symbols, its use is always looked at with some sort of reserve because of its dark history – and the modern-times exploitation by extreme right-wingers and white supremacists.

Still, we should be aware that the Roman Eagle outdates Nazism by many millennia. 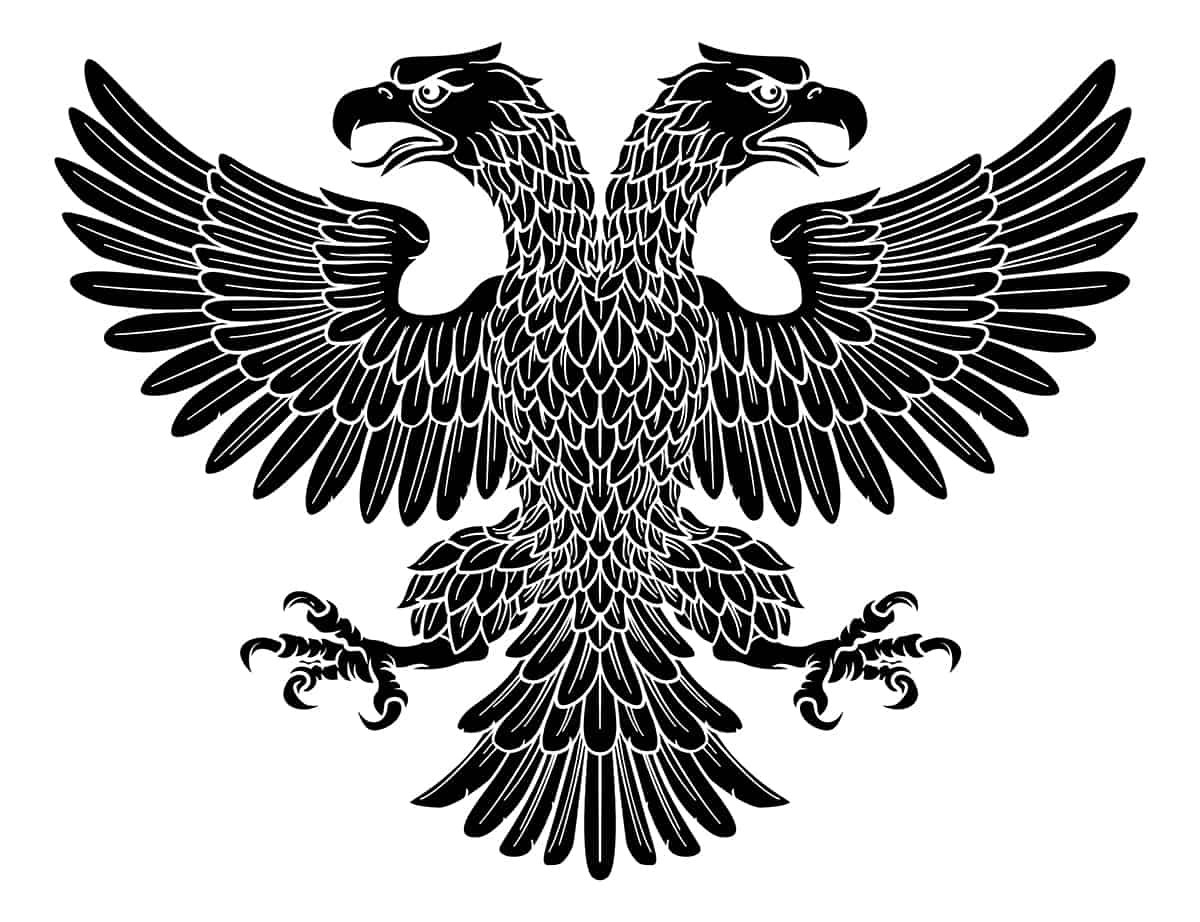 Of course, there are no double-headed eagles in nature. However, in the world of heraldic symbols, the double-headed bird of prey has been a long-standing entity representing the royal rule.

The archaeological evidence of the first use of the dual-headed eagle go back to Mycenaean Greece and age beyond 1100 BC. However, the first known widespread use of the symbol is found in Ancient Rome, only to become one of the central ruler symbols of the Eastern Roman Empire or the Byzantine Empire, which outlasted the Western Roman Empire for nearly 1000 years.

In the Byzantine Empire, the Double-Headed Eagle was a sign of power and dominion, mostly symbolizing its royal power. Different iterations of the double-headed eagle were included in the insignia of the ruling Byzantine families.

Like the Roman Eagle, the Double-Headed Eagle remained in heraldic use in countries that saw themselves as descendants of the Byzantine empire. That is why the double-headed eagle was (and still is) one of the main royal and national symbols in Russia, Armenia, Serbia, and other eastern countries.

It could be concluded that the image of the Double-Headed Eagle was used somewhat interchangeably with the Roman Aquilla and had similar (if not the same) associations with royal and imperial power and dominion. 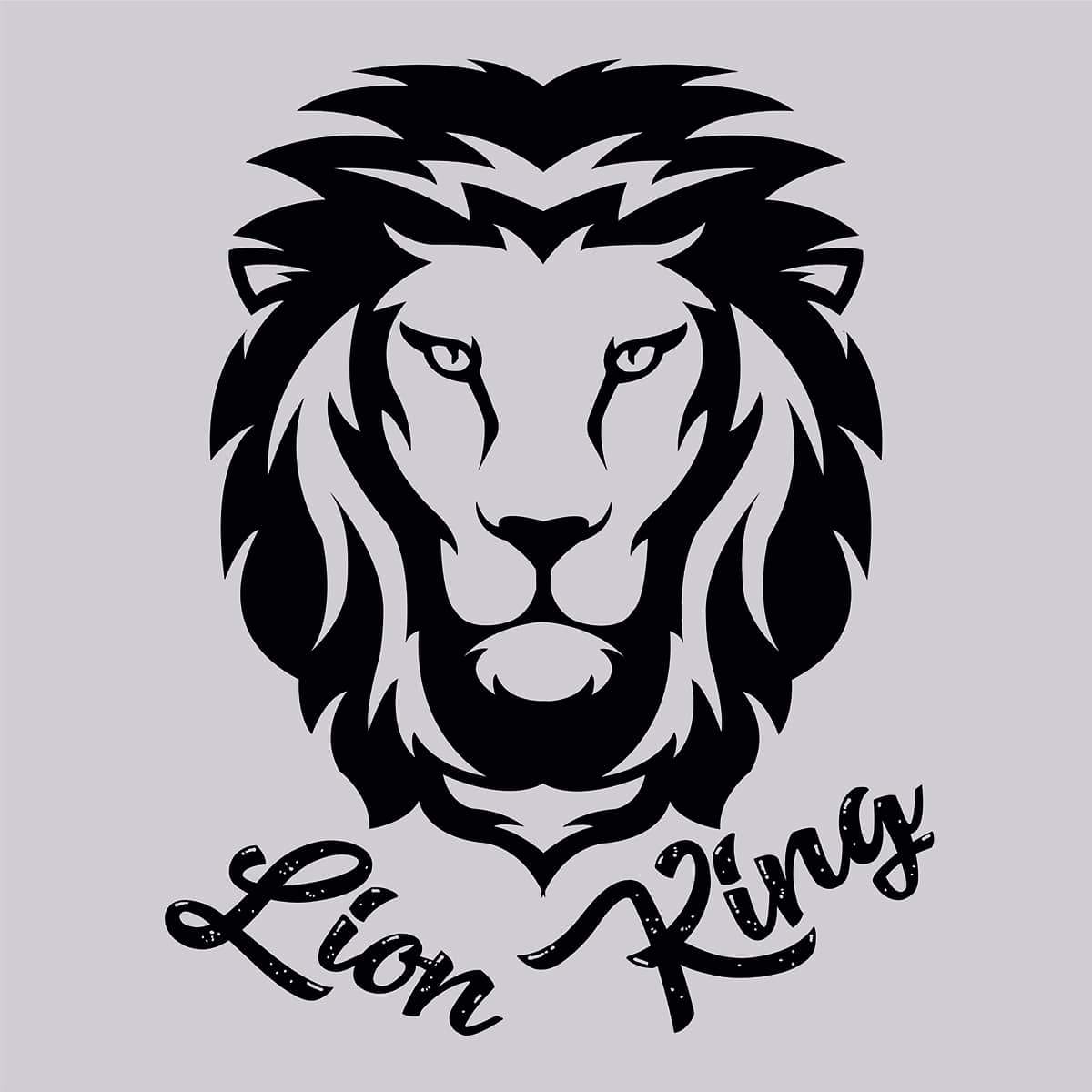 When major ancient civilizations were created, Lions had a much broader natural range on all three continents they inhabited – Africa, Asia, and, surprisingly, even Europe! It is no wonder that these powerful predators and “kings of the animal world” are embedded so deeply in the world of symbols as a power symbol and within such a wide geographical area.

Lions have several traits that have predestined them to become such a persistent symbol of power.

Because of all of these attributes, the lion has been and still is a widely used symbol. From royal families to sports clubs, all entities that seek to display some power in their identity often incorporate a symbol of a lion.

The specific physical features of this great cat, such as the lion mane or distinctly strong musculature, also make a lion ideal for graphic stylization – which is another reason why Lion remains a popular symbol. 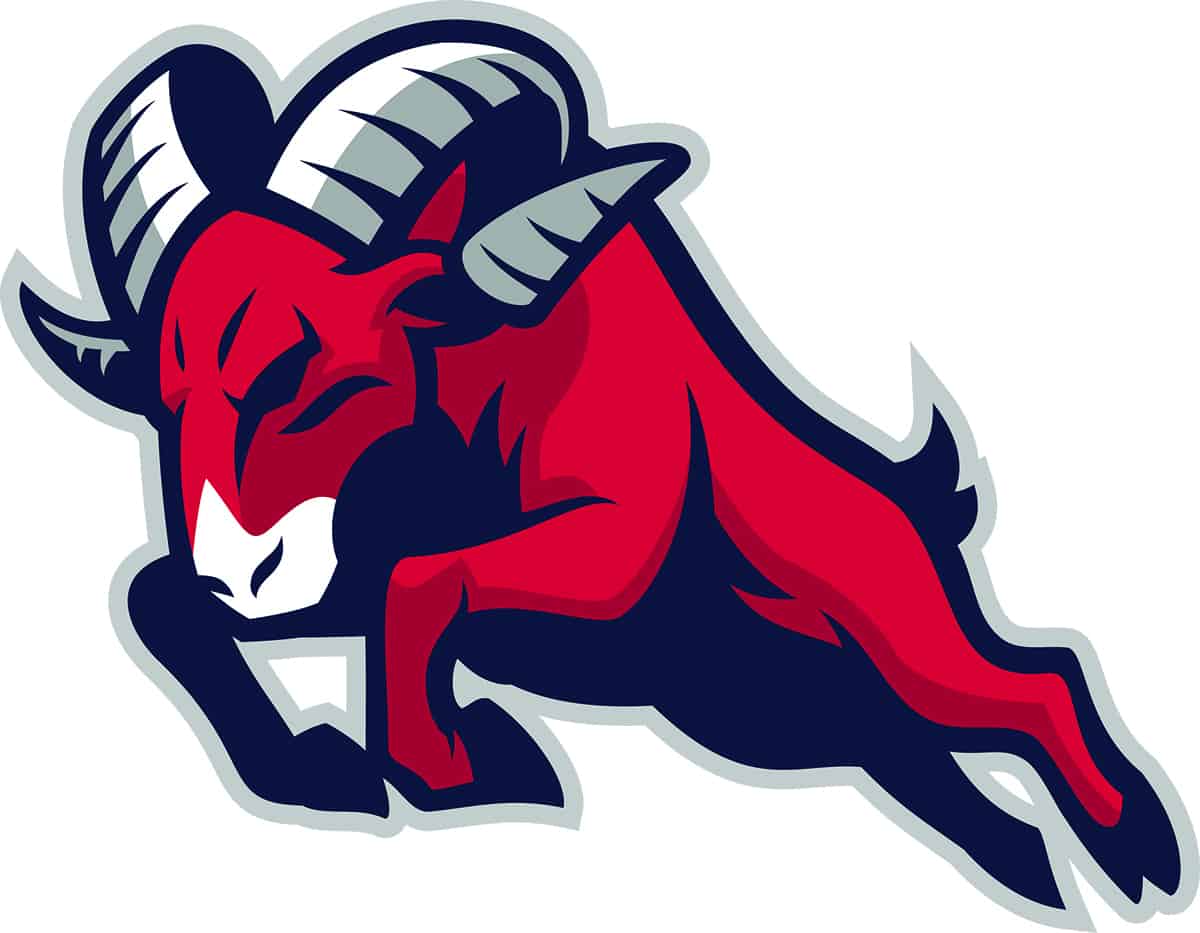 Unlike all other animals on the list, rams are prey animals rather than predators. However, that doesn’t mean they are helpless – they have a few powerful tricks up their (wooly) sleeve.

Rams are very brave while protecting their flocks. They are fiercely strong for their size and can hit their opponent very hard with their hard, horned heads. Also, rams are notoriously stubborn and can endure various physical hardships. Mountain rams can climb – and even fight amongst each other – on sharp rocks and cliffs!

When you look at these traits, it is easy to see why ram has been an inspirational symbol of power and strength since the ancient days. In ancient Egypt, the powerful deity Amon Ra was associated with ram in particular.

Also, if we look at astrology again, the Zodiac sign Aries reflects the ram and his traits. People born in the Aries sign are considered very strong-willed, dynamic, confident, and brave.

Despite being frequently associated with modern social phenomena and movements – these hand signs had a power dimension to them long before these movements came into existence. 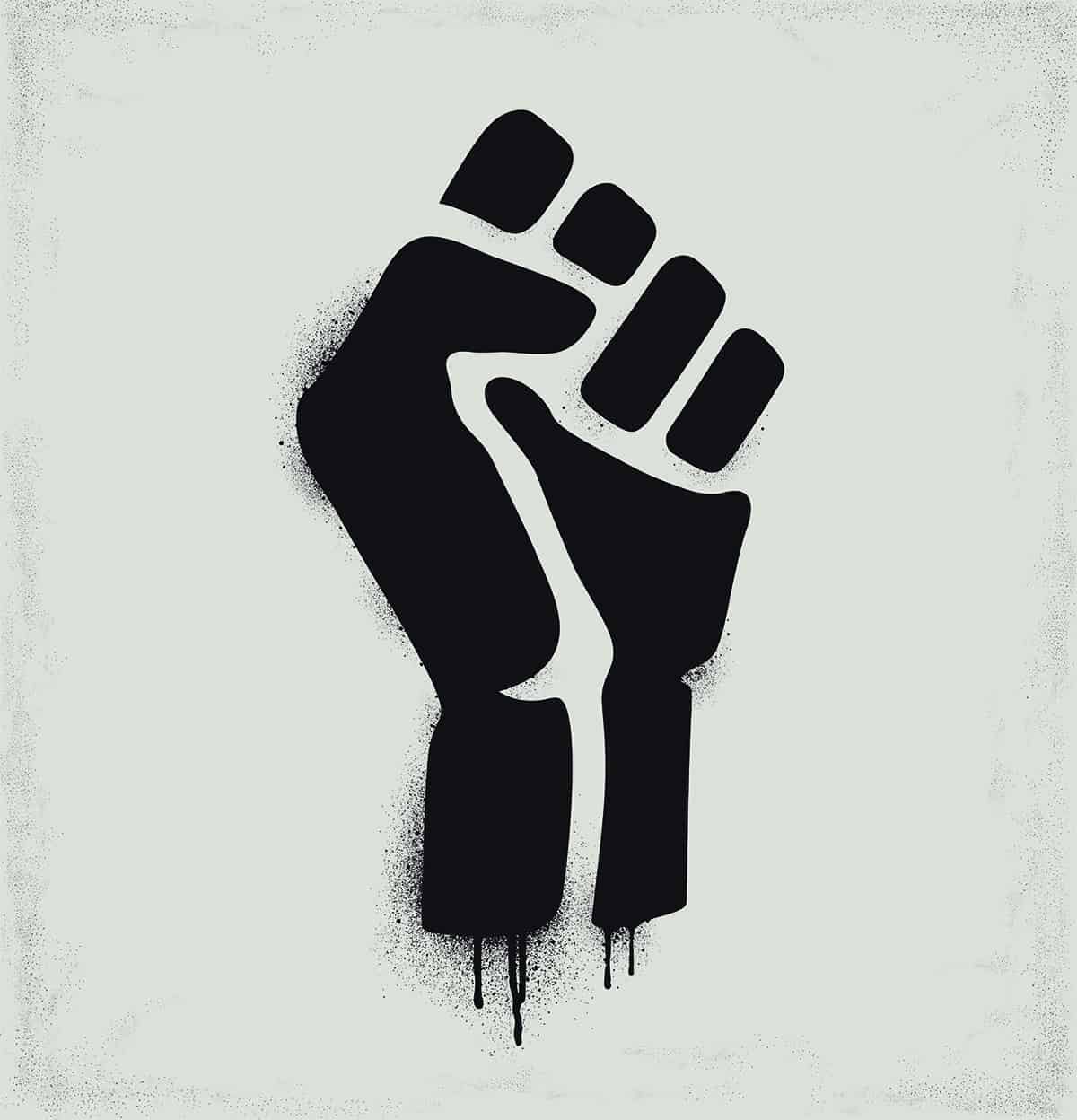 Many people, especially the younger generations, have become aware of the raised fist symbol only recently, after its wide use within the Black Lives Matter movement. However, its roots go way back before the “black power” symbolism.

Raised fist has been used throughout history in various civil unrest situations as a symbol that essentially means “power to the people.” One of the first well-documented uses of the raised fist in a civil rights movement happened in 1913, during the ‘Silk Strike’ in New Jersey.

William Dudley ‘Big Bill’ Haywood, the founder, and leader of Industrial Workers of the World, spoke to the crowd during the protest and explained the symbol with the following words while showing his raised hand:

Essentially, we can conclude that a raised fist is a symbol of power that comes unity of the people. It has been used in various protests and initiatives across the world against authoritarian and oppressive regimes, and in fights for human rights and dignity – including the indigenous and African-American rights. 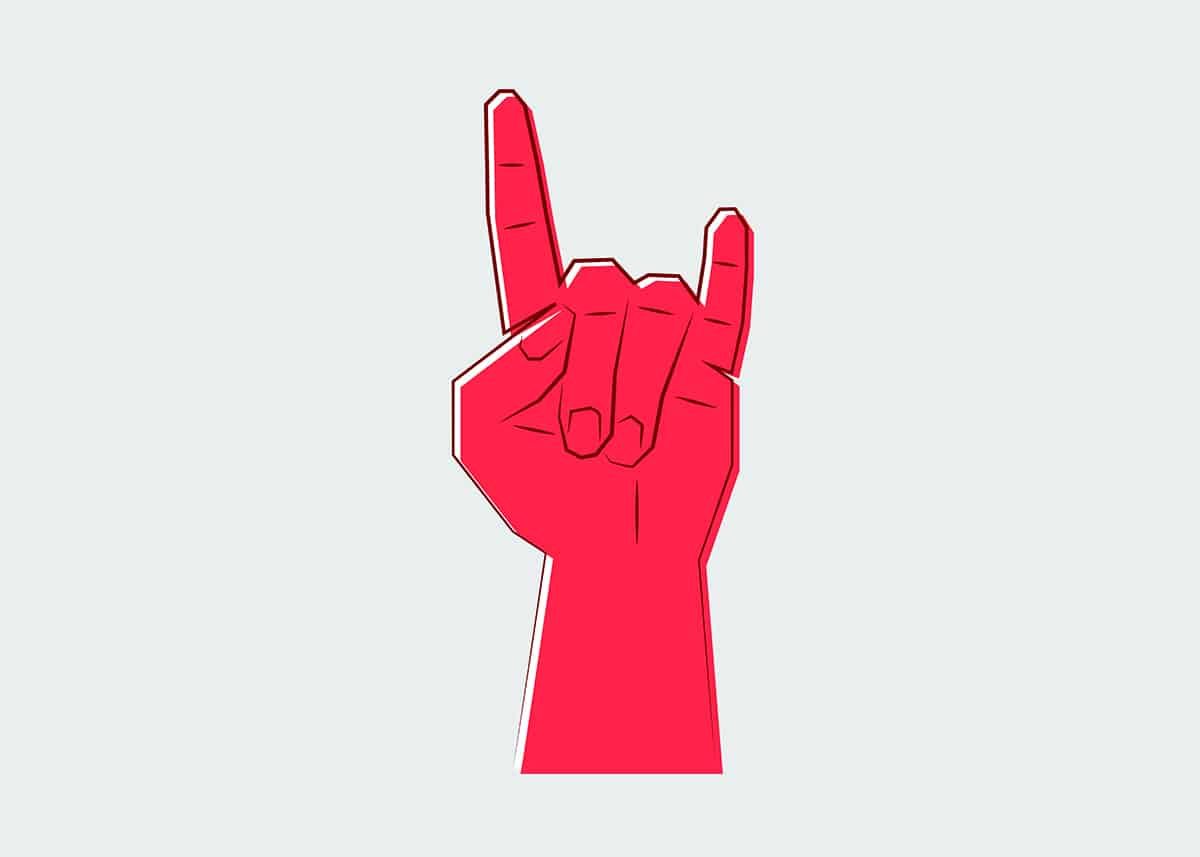 Raised pinky finger and index finger with other fingers clenched create a so-called “Devil’s horns symbol.”. In contemporary times, it has been almost exclusively associated with subcultures of heavy metal and rock and roll, essentially symbolizing the very notion of rock’n’roll.

However, this hand sign goes way back in history and has had a much more powerful meaning..

The symbol of Devil’s Horns goes back to the times of ancient India. According to Buddhistic scripts, The Buddha used this gesture, called Karana Mudra, to cast out evil spirits, and remove illnesses or negative thoughts from a human body. That is why from very early on, this sign has been viewed as a symbol of power – of good.

In Italy and Spain, this sign (Mano cornuta) sums up various superstitions. In the entire Mediterranian, this sign was traditionally used to ward off bad luck and any “evil eyes.”

To Sum It Up

The symbols of power that humans have created while wishing to gain and keep power reflect these notions.

From the peaceful Celtic Wheel of Being, whose power stems from natural balance to the much more threatening Thor’s Hammer or Lion symbol, it is clear that people have looked to equip themselves with as much power as possible, including with the help from the symbolic realm.

Some human institutions were always more power-hungry and worried about losing power than the others – that is why royal families and their insignias nearly always feature some power symbol. The same goes for most nations and their symbols.

These ancient power symbols presented here keep their relevance and the powerful aura even after many millennia – and that’s the reason we commonly encounter them intertwined through both local cultures and the global culture.

If you’re feeling like you need a boost of power in your life, there are plenty of power signs to choose from – for any personality style or lifestyle.

What’s your favorite ancient power symbol? Has using it influenced your life in any meaningful way? Let us know in the comments – we’re listening!