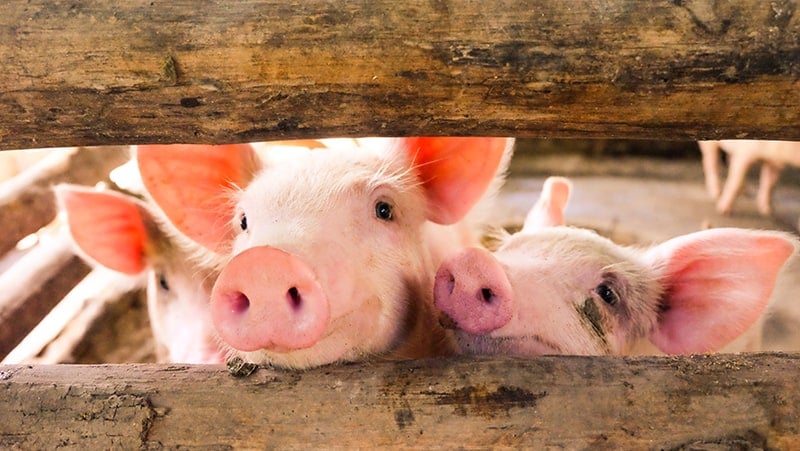 Dreams about pigs are as old as history itself, with the symbol having been used in ancient Chinese writing going back at least two thousand years. In fact, the word “home” in Chinese consists of a pictograph that shows a pig under a roof. This demonstrates the close relationship between people and pigs in Asian culture. In Western culture, the pig is just as important in reality but not anywhere near as positive symbolically. In fact, most Western references to pigs show them as greedy or slovenly characters.

The pig symbol has been used in the far East to indicate wealth and prosperity going back millennia. Pigs and certain other farm animals used to be raised alongside dogs, cats, and other pets – all under the same roof with the family. Therefore, the symbol that has the sign for “roof” over the sign for “pig” is associated with home and family and has always been a sign of good luck and abundance in the East.

In the West, however, pigs have been seen as gluttonous, greedy characters who are so busy rooting around for food that they fail to look up and see what others can see plainly. Therefore, the pig may show up as a sign of greed or gluttony, of overindulgence in a way that may bring the fates down upon one’s head.

Just like with all dreams, context is everything when it comes to interpreting dreams about pigs. How you feel in response to the scene may be just as important as the scene you’re witnessing itself. Try to make note of as many details as you can recall from your dream and then take a look at these dream interpretation examples to get some answers.

What Do Pigs Symbolize? 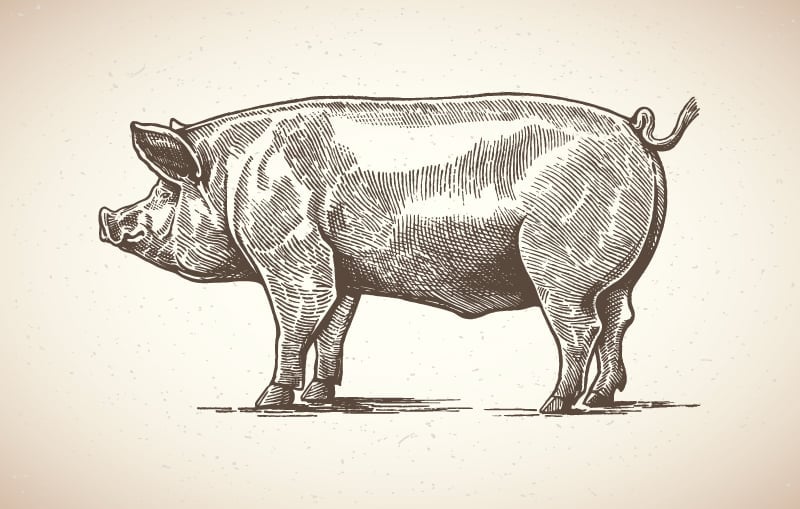 Pork has customarily been eaten as a staple food by most Eastern and Western cultures around the world. However, two of the world’s major religions have outlawed it, making it controversial. Nevertheless, due to the ancient association with pigs in the house meaning that you had enough to get through winter, pigs are forever carved into our ancient memories and therefore our subconscious minds. In the land of dreams, our subconscious minds use symbols such as these to communicate with us about our lives. Dreaming about a pig in most contexts is a good omen and a sign of wealth and abundance to follow.

Depending on the type of dream and how the pig appears or what it does, etc., it may represent gluttony and overindulgence. Just as one might be called a “pig” for eating more of their fair share, dreaming about a pig could mean that someone is being cheated out of something, undervalued, taken for granted, or overworked. Pay close attention to the surroundings to determine who or what the pig represents, and you’ll be well on your way to interpreting the meaning of your dream. Use the example dream interpretations provided to help you navigate the possibilities, and be aware of the odds that the gluttonous pig might be you. Don’t be afraid to admit or accept, but allow your dream to open your eyes to who and what you are telling yourself you really want to be.

Just as it may be hard to admit when we are being overindulgent, it can be hard to admit when we’re being greedy or selfish. However, our dreams may break through our ability to kid ourselves and shock us with symbolic meaning. Dreaming about a pig could mean that you or someone close to you is centered in a place of greed or selfishness. Play close attention to these signs because your financial fortunes could be at stake. Perhaps the pig represents someone you’re planning to do business with, or it shows how you feel about yourself when you’re betting on the lottery, etc. Trust your gut on this one and you won’t likely regret it.

Dreams about a pig in the house

As previously mentioned, having a pig in the house is a sign of family and home as well as wealth, abundance, and good luck. If you’re dreaming about a pig in a house, take note of whose house it is. This could be a sign of your own good fortune or someone else’s, so don’t make assumptions. Did you have any emotional reaction to the pig in your dream? If not, then this may simply be a positive sign of good fortunes to come in the near future. Take heart and enjoy the good news.

Dreams about a dirty pig 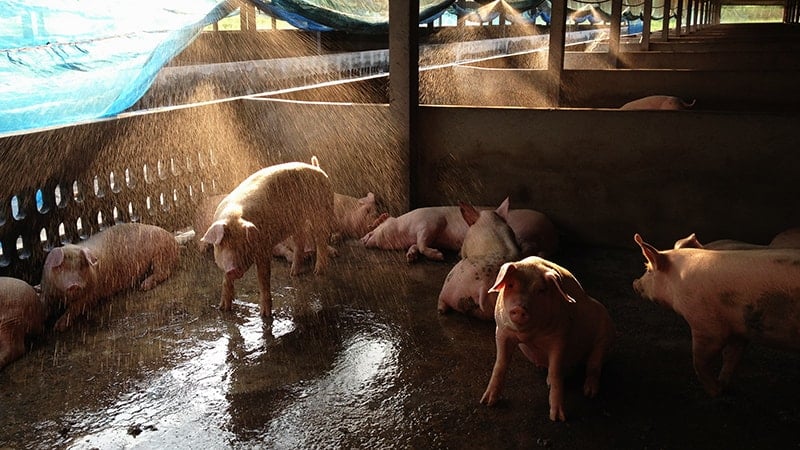 The trope of pigs being sort of naturally dirty is well-worn in society but yet it still applies just as well today as it ever did. When pigs are moved out from the family dwelling into a barn reserved for animals, it follows that they become dirtier. Therefore, the Western conception of pigs has more to do with this aspect of their nature than any other. So, if you’re dreaming about dirty pigs, you may think of how they’ve been portrayed in cartoons and other media. There’s an aspect of betrayal or other socially reprehensible, disgusting behavior associated with the dirty pig. 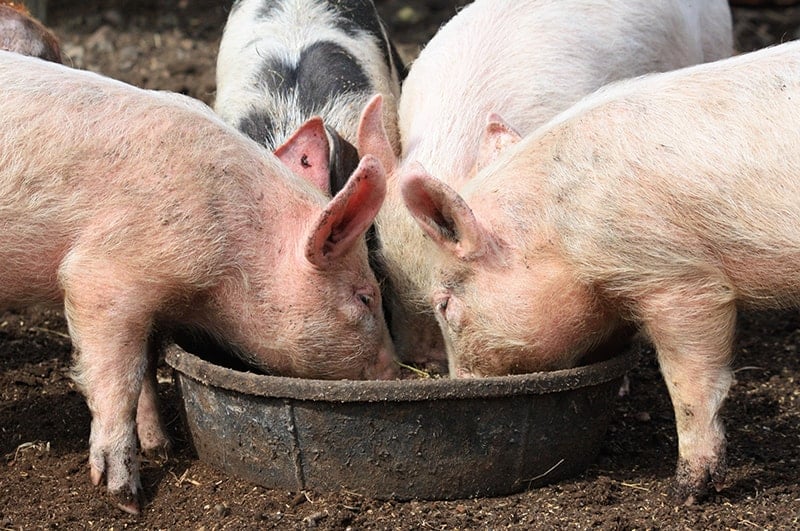 Dreams about a pig eating could be interpreted as having to do with the gluttonous side of the pig’s personality. However, depending on the context, it could also simply be a reference to a fat and happy pig as a sign of wealth and good luck. How can you know the difference? Well, your own cultural heritage should be your first clue. How does your subconscious mind think? Was it raised to think like a creature of the West or of the East? What is your first emotional reaction when you consider a pig eating? If it’s disgust, then you can interpret the dream with a Western meaning. If it’s happiness or vague indifference, then maybe you should consider the Eastern interpretation. 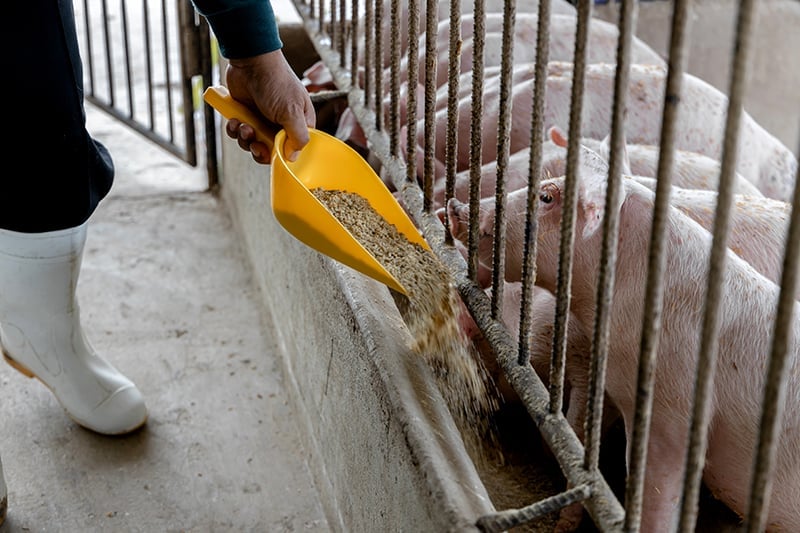 If you’re having dreams about feeding a pig, this is a sign that you are putting away something now to save it back for later. It doesn’t have to be money per se, although it is something valuable. It is something that you feel represents prosperity the same way a pig used to represent wealth and stability to families in ancient China. These statements all assume that in your dream, you are the one feeding the pig. If it’s someone else doing the deed, then they are the ones who are saving up money or putting away resources for a rainy day.

Dreams about a healthy pig 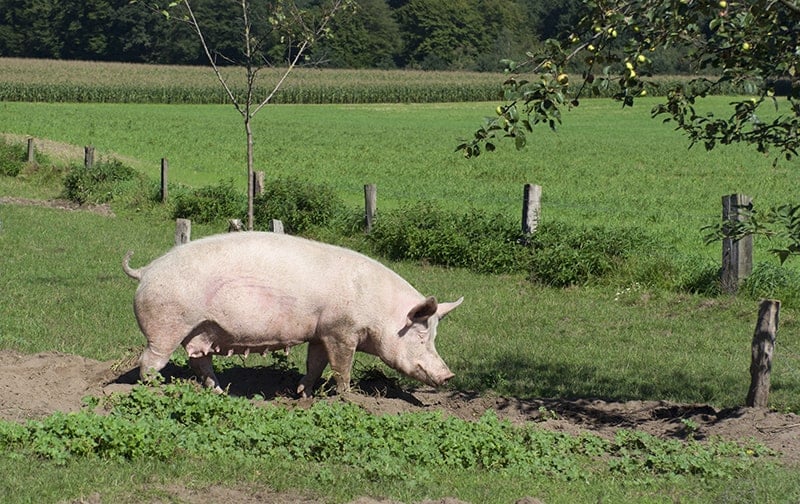 Healthy pigs usually symbolize good luck as well as prosperity. To figure out which one the pig in your dream represents, you should consider the other factors of your dream. These are things like the context in which the healthy pig appeared and the feelings you had in response. Certainly, if a healthy pig is just sitting happily or walking around in your house, that is a sign of abundance coming your way soon. However, if the healthy pig is wandering around aimlessly and you can’t wrangle it for some reason, this could mean that your luck is slipping away. Consider the other aspects of the dream to determine why.

Dreams about a sick, dead, or dying pig 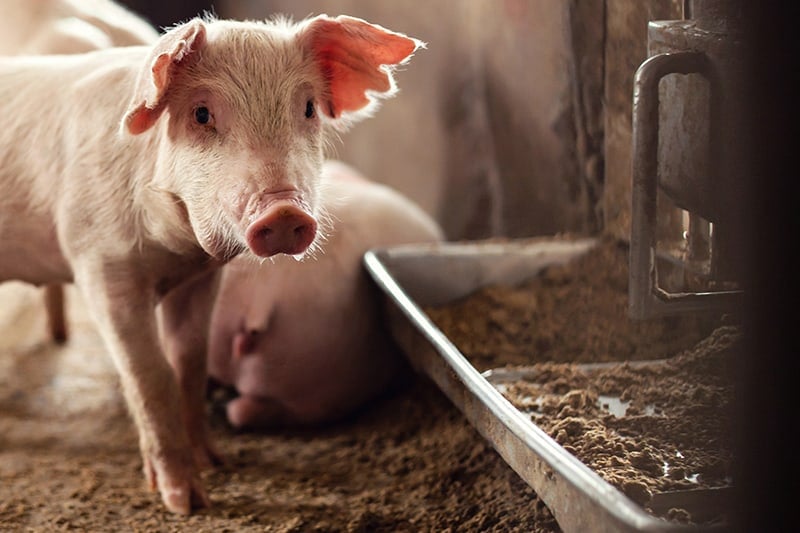 A sick or dying pig is a bad omen, indeed. If you’ve got a dead pig showing up in your dreams, make sure it’s not meant for a feast before interpreting its meaning because that would change it significantly. At any rate, a sick or dying pig is certainly a sign of difficulty and financial hardships to come. Learn everything you can about the warning message in the dream to make the most out of its intentions. There may yet be time to avoid the fate of the dying pig if you can pick up on who the person is or what the situation is that is anchoring you in that situation in your dream. Your subconscious is trying to warn you, which is a good sign that there’s still time left to avoid disaster.

At first glance, dreaming about a pig might seem entirely insignificant to many people. These are not the kinds of animals we usually find as spirit animals or totems. We tend to see them more as livestock these days, which is sadly very much removed from modern life. However, because of their strong association with the family unit and with keeping the family alive and well through their ultimate sacrifice, pigs have gained a prominent place in the global subconscious human mind. 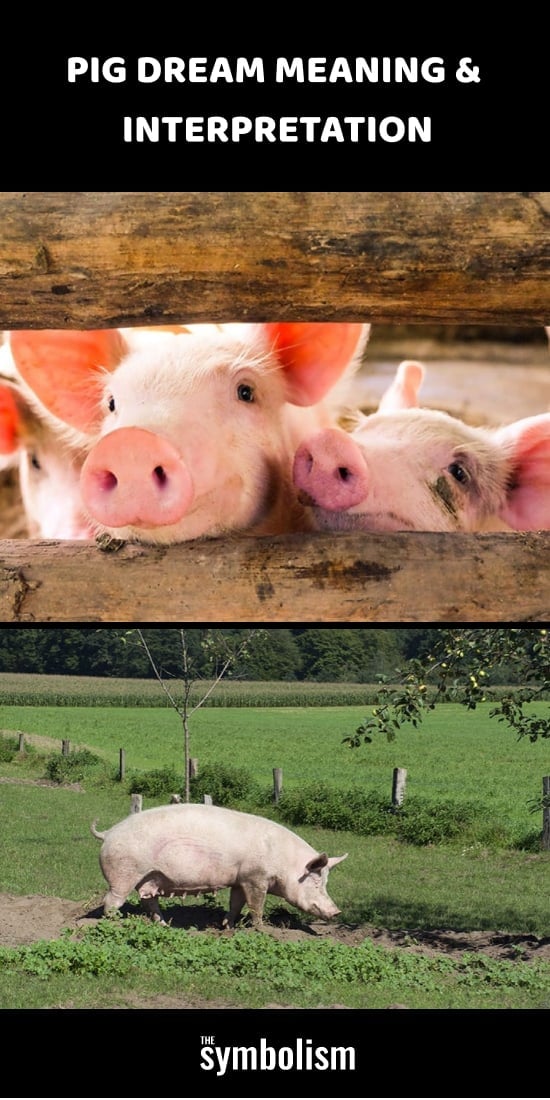