Octopuses have many unique qualities that make them meaningful dream symbols. Your dream of an octopus might bring up things like the octopus’s eight legs or ability to use camouflage.

Even the underwater environment where octopuses normally live can be symbolically important.

Octopuses are known for having eight legs, so octopus dream symbolism may include the number eight’s associations with abundance and good fortune. With all those legs, octopuses can efficiently grab their prey, so a dream of an octopus could symbolize that you feel captured by a person or situation in your life. 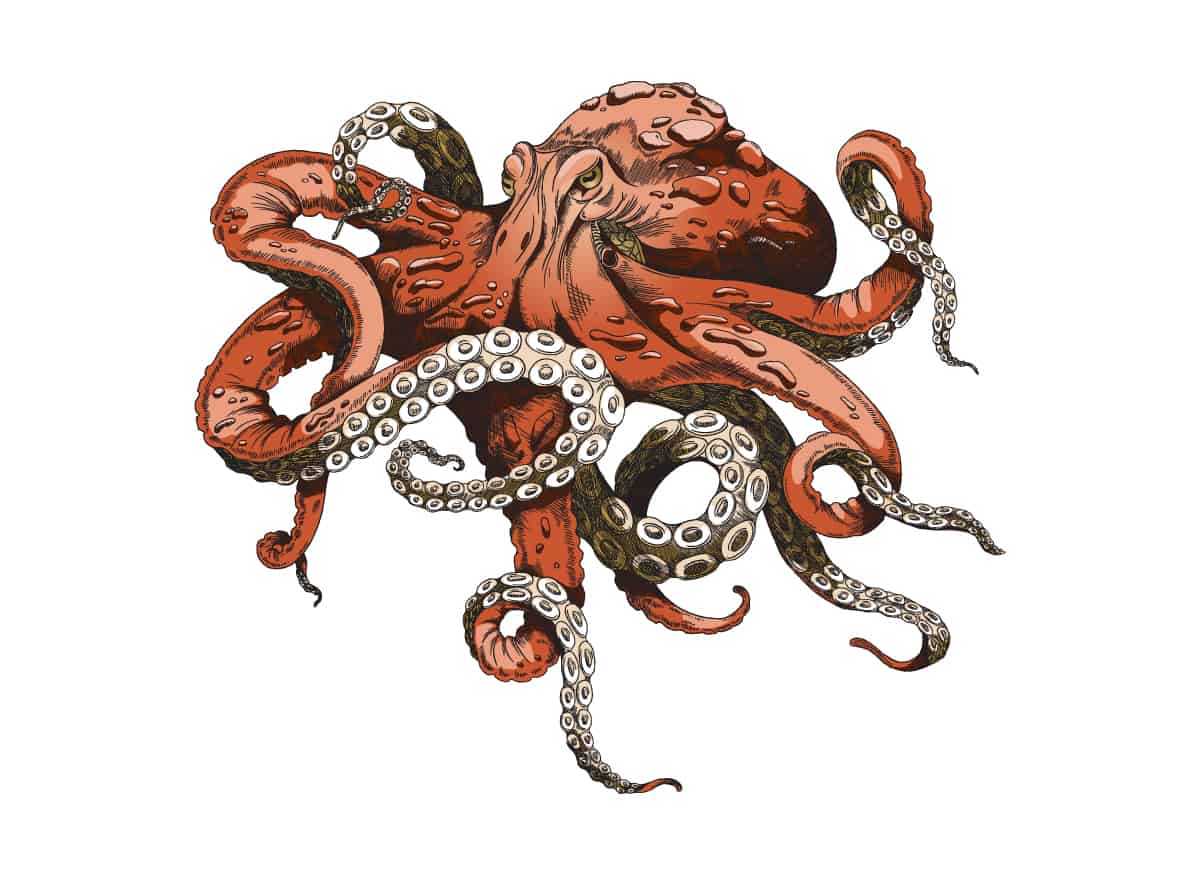 An octopus is known for having eight legs. A dream of an octopus could therefore represent a situation in your life where the number eight is significant. For example, you might have eight classes on your school schedule this term or eight customers you need to serve in your business.

As described in dream symbolism of the number 8, the number 8 can symbolize good fortune and abundance. An octopus dream that has a positive emotional atmosphere could therefore mean that you’re likely to catch a lucky break, perhaps in a surprising way.

With eight legs, an octopus can grab its prey efficiently. An octopus dream could therefore symbolize that you feel trapped by a person or situation in your life. Even if you’re not physically restrained, you might feel tethered to someone who is manipulating you emotionally.

In this sense, an octopus dream may have a lot in common with a giant spider dream, especially if the octopus dream has a creepy or intimidating atmosphere.

An octopus generally lives in water. If water is prominent in your octopus dream, the dream symbolism of water may be necessary to consider.

For example, water in dreams often symbolizes emotions and the subconscious. Meanwhile, an octopus in water could potentially grab you and pull you underwater. A threatening dream of an octopus may therefore symbolize that you are afraid to explore your emotional life because you think you’ll get lost or stuck in it.

However, an octopus dream that feels good emotionally might show that your intuitive side has its own form of intelligence if you’re willing to listen to it. While logic and rational thinking are important, adding the insights you get from other ways of knowing can help you get a fuller picture.

Octopuses are sort of goofy creatures. There’s also a well-known song by The Beatles, “Octopus’s Garden,” that presents octopuses in a benevolent light.

A pleasant dream of an octopus could therefore symbolize that it’s time to relax and have a little fun. The way an octopus physically moves is loose and flowing, and you may need more of that kind of energy in your life.

An eight-legged octopus might resemble some flow charts used in academic and business settings. These flow charts typically show the structure of a large organization or topic broken down into smaller units.

Your dream of an octopus could therefore symbolize a complex system that affects your life. If you’re confused by a bureaucracy you’re dealing with, you may just need to follow the particular leg you’re dealing with back to its source.

The eight legs of an octopus connected by a giant brain could bring to mind large, powerful institutions that have many branches. In this sense, dreaming of an octopus may symbolize that you’re concerned with understanding power in your life. Perhaps you feel held back by others who seem more powerful than you are — and you might even feel like they are collaborating against you.

The type of power represented by an octopus is mental power rather than brute physical strength. You may feel intimidated by someone else who seems to be smarter than you are.

Alternately, you may be proud of your own mental power. You might feel like you’ve figured others out and are able to creatively outwit them to get what you want.

The underlying issue may be that you don’t feel entirely safe around those people. However, keep in mind that it might be difficult to tell the difference between your own inhibitions, perhaps formed by past experiences long ago, and what others are truly demanding of you in the present moment.

Alternately, dreaming of an octopus using camouflage could symbolize that you feel like someone else in your life is not telling you the whole truth. You may need to look at whether you’ve contributed to circumstances that make them feel unsafe opening up to you.

Dream of an octopus on land 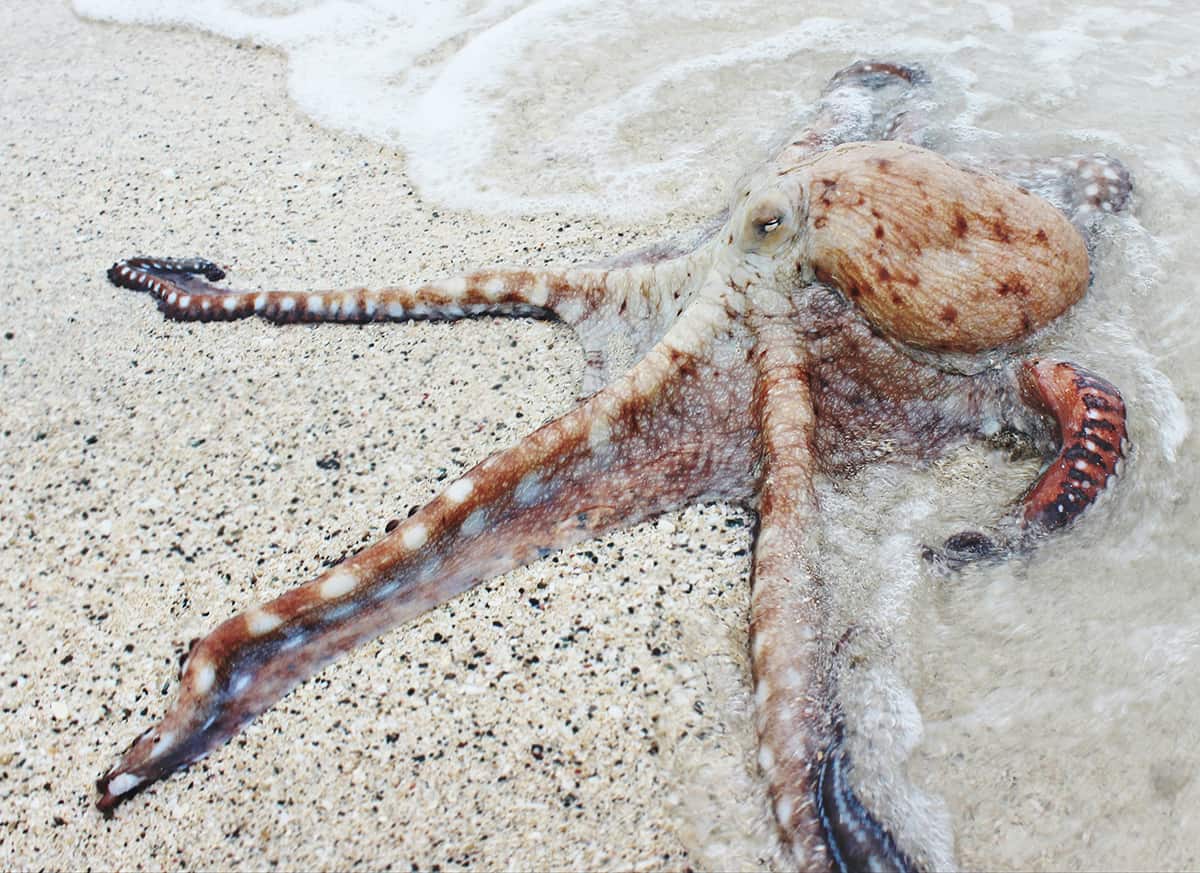 Dreaming of an octopus on land could symbolize that you feel like you’re in an environment that isn’t a good fit for you. You might be intelligent and talented in the right setting, but perhaps it’s hard to see that in a situation that doesn’t bring out your best side.

Although you may tend to blame yourself for whatever trouble you’re experiencing, it’s fair to acknowledge that there are other factors involved.

Dream of an octopus attacking you 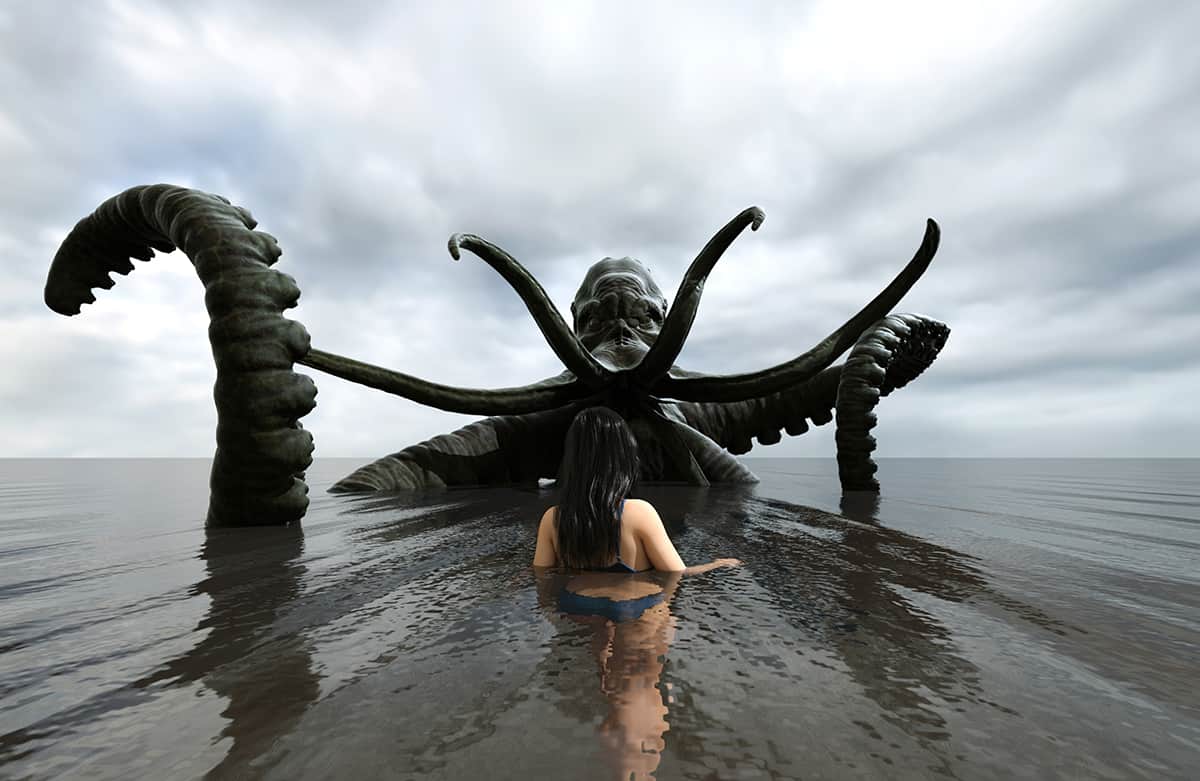 Dreams about an octopus attacking you could symbolize that you feel restricted by someone in your life. Even if they aren’t physically aggressive toward you, you might feel trapped or invaded emotionally.

Your dream of an octopus attack could also represent a situation where you feel like a whole group of people is against you.

You might be dealing with a mob mentality where you don’t seem to be able to talk sense into anyone because they’re not thinking as individuals — like the eight legs of an octopus, they’re functioning as part of the same entity.

An octopus attack dream that has a sexual vibe may symbolize that you feel uncomfortable or creeped out by someone else’s sexual interest in you. Such a dream might alternately show that you’re afraid of your own sexual desires. See also rape dream symbolism.

Dream of catching an octopus

Interpreting a dream of catching an octopus could require looking at why you were trying to catch the octopus.

If you dreamed of catching an octopus intending to eat it, this could symbolize that you are resourceful enough to meet your needs. You’re capable of providing for yourself in whatever way is necessary for your circumstances. This would be similar to the meaning of other hunting dreams, as discussed in shooting dream symbolism and killing dream symbolism.

If you dreamed of catching an octopus out of curiosity, perhaps intending to keep it as a pet, this could symbolize that you’re drawn to things that seem exotic and unusual. You may need to make an effort to bring more stimulation into your life. You might also be lonely and looking for companionship!

If you dreamed of catching an octopus that was threatening or endangering you, this could symbolize that you’re willing to take action against someone who is causing trouble for you, no matter how powerful they may be.

Dream of seeing a giant octopus 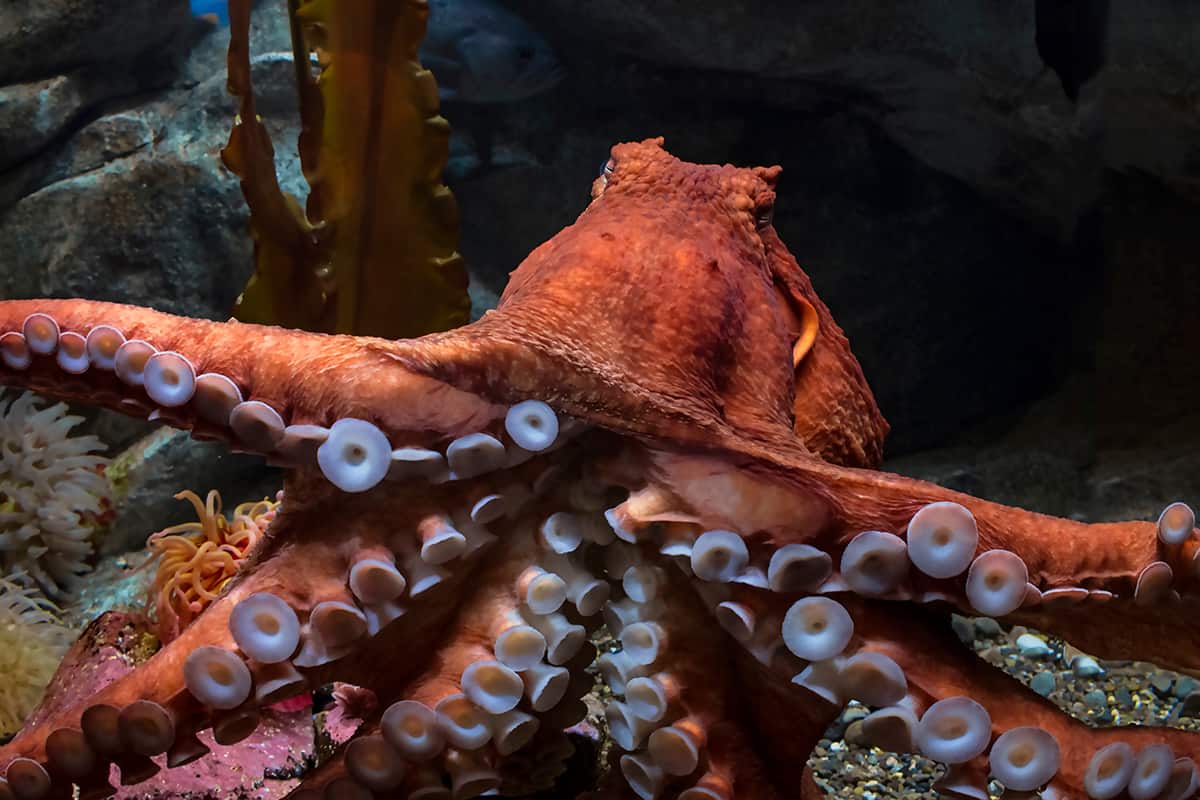 A dream of seeing a giant octopus could symbolize that you’ve come to an important insight about a power structure that influences your life.

You may suddenly see the truth about a clique that runs your town, family, company, or country. Even if you’re not interested in confronting them directly, this understanding might inform how you interact with them going forward.

A dream of seeing a giant octopus could also refer to discovering your own power. While you may be eager to blame all your problems on others, perhaps the common denominator in everything you’re dealing with is actually you — which means you have the power to do something about it!

An octopus in your dream may seem either goofy or creepy, depending on the circumstances. The flowing bodies and watery world of octopuses suggest a kind of intelligence different from the logical path often emphasized in school — which, like other forms of intelligence, can be used for good or for bad.

As always, the emotional atmosphere of your octopus dream will be key to identifying the interpretation that is most relevant to your life.