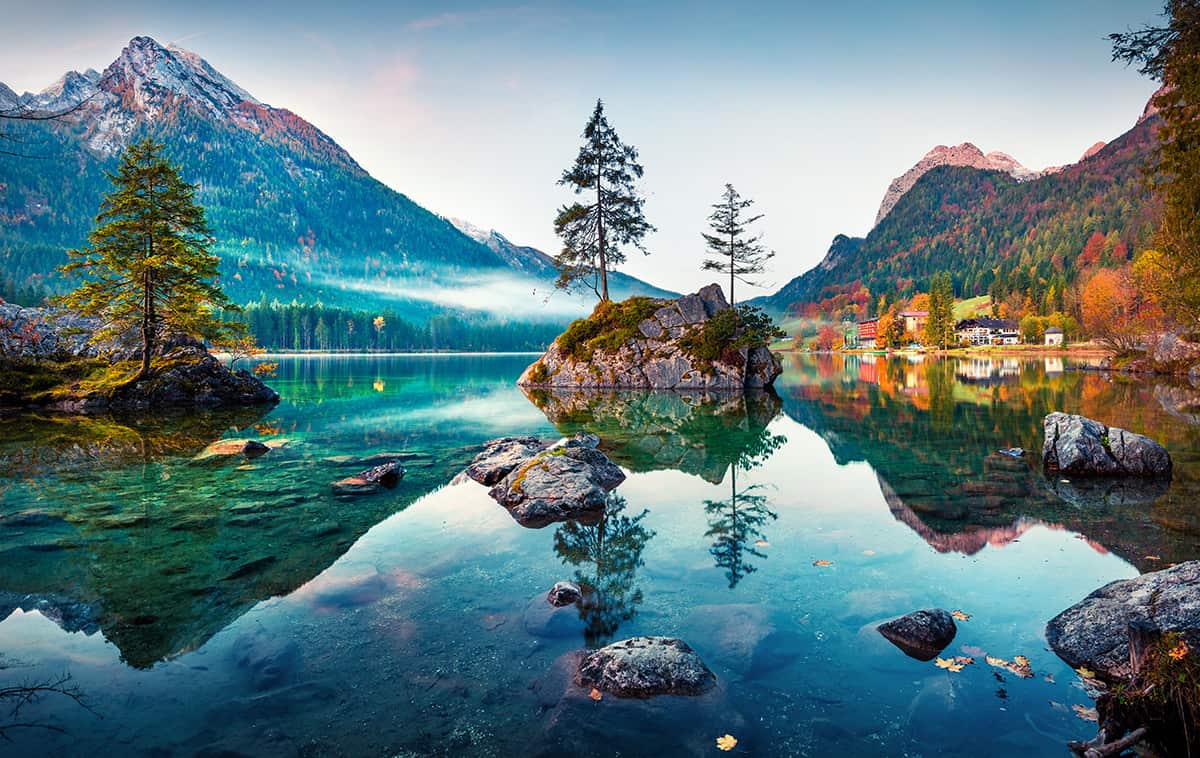 We, as humans, are part of nature. However, we as humans are also typically part of civilization, which can blind us to our role in the natural world.

Especially when we look at nature as something outside of us, we may need symbols of nature to represent the roles nature plays in our lives.

Humans interact with the natural world for many different reasons, so looking at the reason why you’re looking for a symbol of nature can help you find the most relevant one for you. 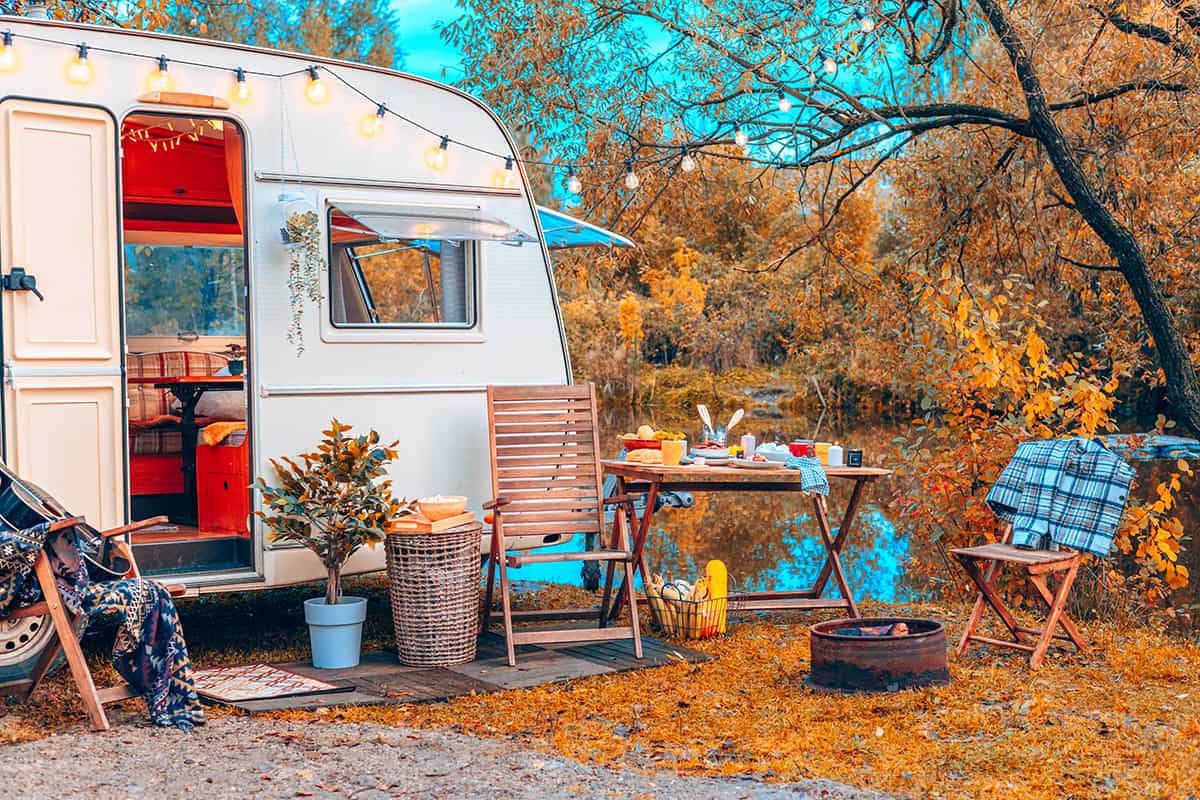 Many people enjoy outdoor hobbies, like hiking and skiing. In this context, symbols of nature could include trees and mountains. A mountain that you might climb can especially symbolize your desire to achieve mastery over the challenges nature playfully throws your way.

Symbols of outdoor recreation can also include equipment that’s used while hiking or camping, such as a tent. Such an image might get you excited for your next great adventure! 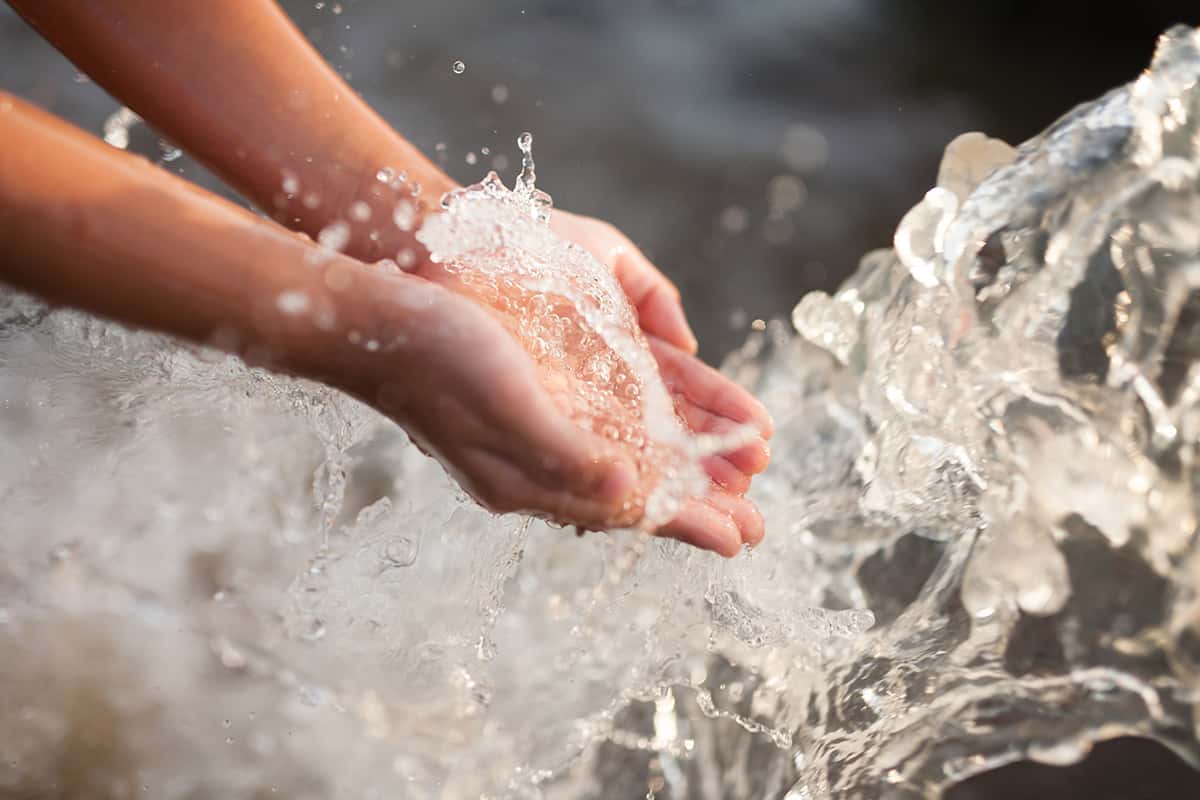 While people who reside in cities may sometimes forget this, nature is full of valuable resources that we need to live our lives, such as wood and water. Symbols of the useful resources that come from nature include felled logs and bubbling springs of water.

These symbols of nature emphasize what we can do with nature’s abundance. They may be a useful reminder to practice gratitude for what we have.

Nature as something to take care of 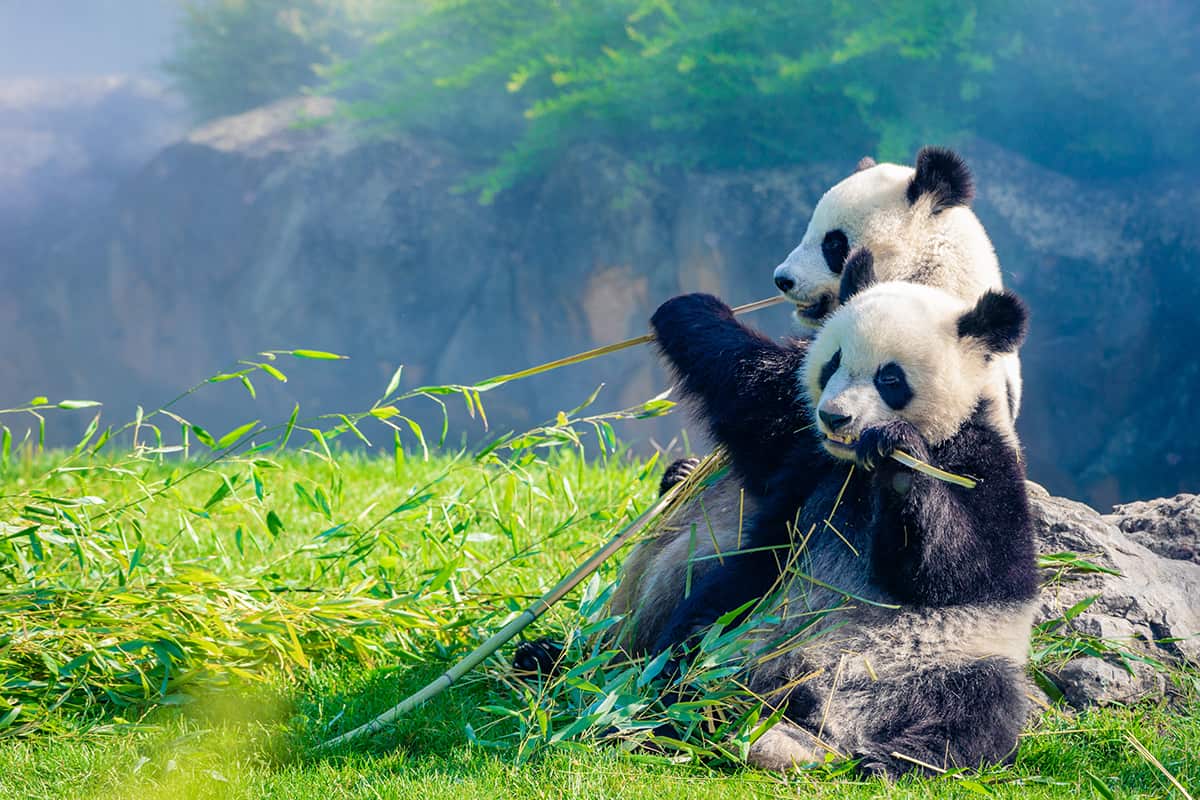 Although nature takes care of us by providing abundant resources, we don’t always return the favor. Humans must make an intentional effort to avoid harming nature by polluting the environment or misusing natural resources.

The recycling symbol of three bent arrows forming a triangle can show you that a given item, like a plastic container, is recyclable. More broadly, the recycling symbol may serve as a reminder to consider the environmental impact of your actions and avoid being wasteful.

Human actions such as habitat destruction and excessive hunting have also led to some types of animals becoming endangered. Prominent examples of endangered animals include whales and panda bears, so those animals could serve as symbols of the need to protect nature.

The color green is also often used as a symbol of efforts to protect the environment. 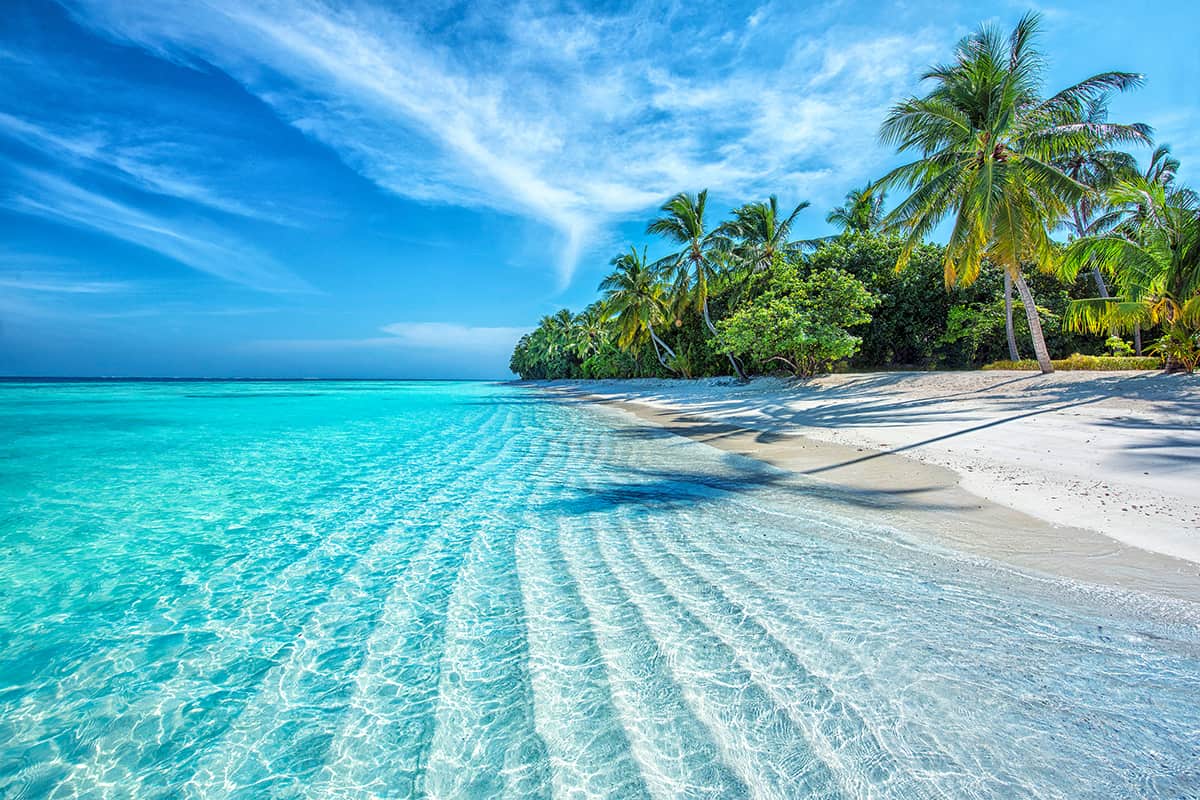 Sometimes people choose to get out in nature to relax and become calm. This use of nature can be especially successful if you’re looking at a still lake or gently flowing river.

Water is therefore an important symbol of nature as relaxation and respite from daily concerns. It can literally and symbolically wash troubles away.

A beach is also an important image of a place in nature where people often go to relax. Walking on sand is another calming activity in nature — as walking on sand slows you down, sand can be a symbol of both nature’s vastness and a slower pace of life. 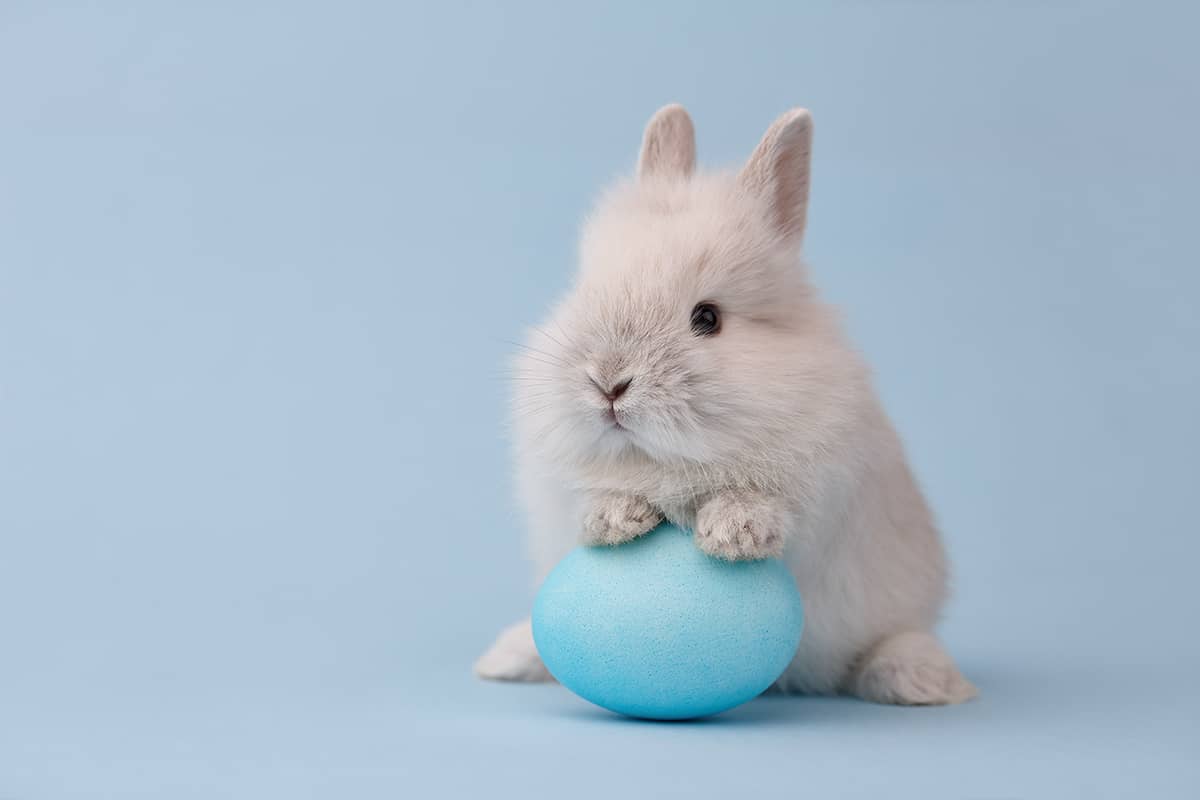 Who would humans be without the pressures of life in society? Philosopher Jean-Jacques Rousseau is known for the belief that humans would be good without civilization making them bad. He famously declared in The Social Contract, “Man is born free, and everywhere he is in chains.”

This idealistic view of nature could be symbolically represented by a naked baby. Cute baby animals like bunnies, chicks, and puppies might also represent the view of nature as innocent. Perhaps it is necessary to see the best in the young of the species in order to keep the process of reproduction going.

It is also easy particularly for people who live in urban areas to hold idealistic views of what life closer to nature would be like. While some amount of contact with nature is good for one’s mental health, it’s definitely possible to underestimate the amount of work involved once one gets too far from society’s conveniences. Perhaps the grass is always greener on the other side, whether or not there’s any grass near you at the moment! 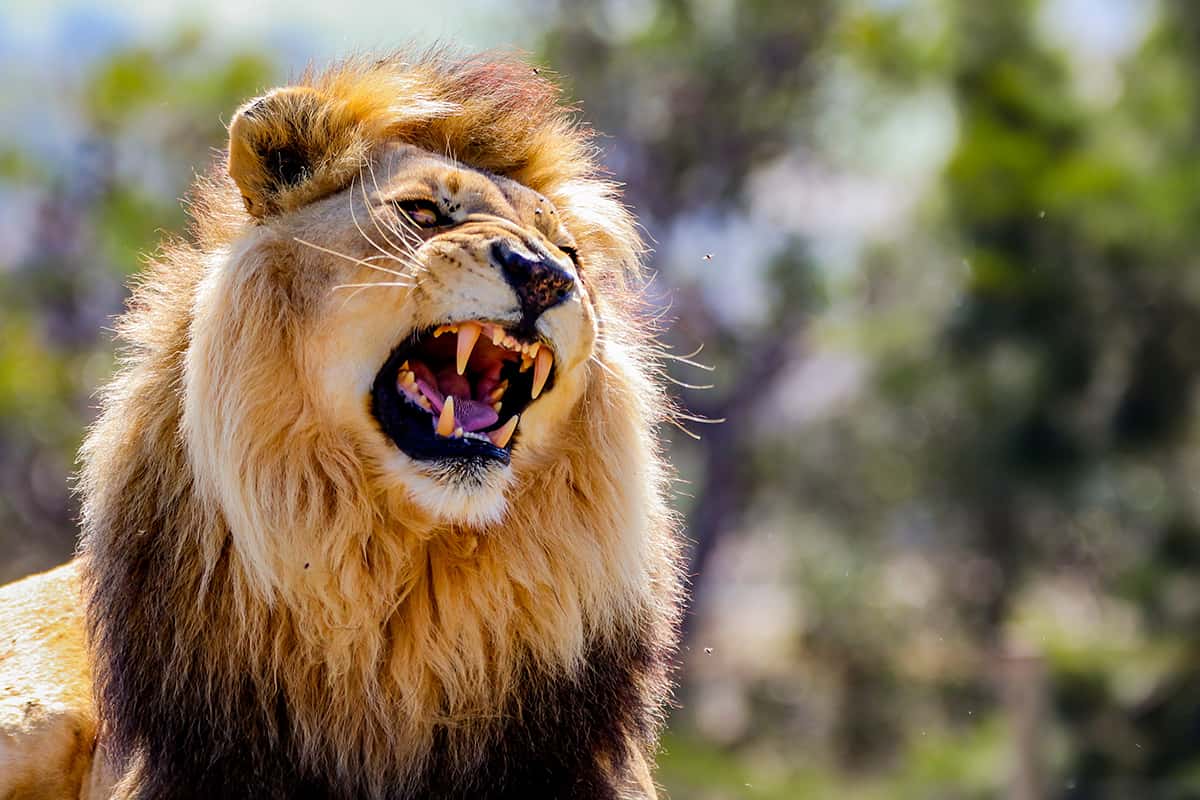 Not everyone shares Rousseau’s rosy view of nature. The novel Lord of the Flies by William Golding tells the story of a group of schoolboys winding up on a deserted island. As the boys make their way without the constraints of civilization, they descend into savage violence.

This view of nature could be summarized by the saying “Nature red in tooth and claw,” which comes from the poem “In Memoriam A.H.H.” by Alfred, Lord Tennyson.

In this way, blood can be a symbol of nature — and so can predator animals often known for drawing blood, like wolves and lions. Another symbol of the savage side of nature could be a food chain showing that it’s natural for big animals to eat smaller animals.

While the traditional Christian view of creation differs from Charles Darwin’s theory of evolution in many ways, both of those paradigms actually more or less agree on the general point that nature is savage rather than innocent.

In Christian doctrine, the cause of the savagery is referred to as “original sin,” the idea that people are born in a state of sin that necessitated the sacrificial crucifixion of Jesus Christ.

In discussions of evolutionary theory, a commonly heard phrase is “Survival of the fittest.” In this view, it’s nothing personal that stronger creatures brutally destroy weaker ones — it’s just a natural process that leads to fitter organisms being born in succeeding generations.

Nature as something bigger than us 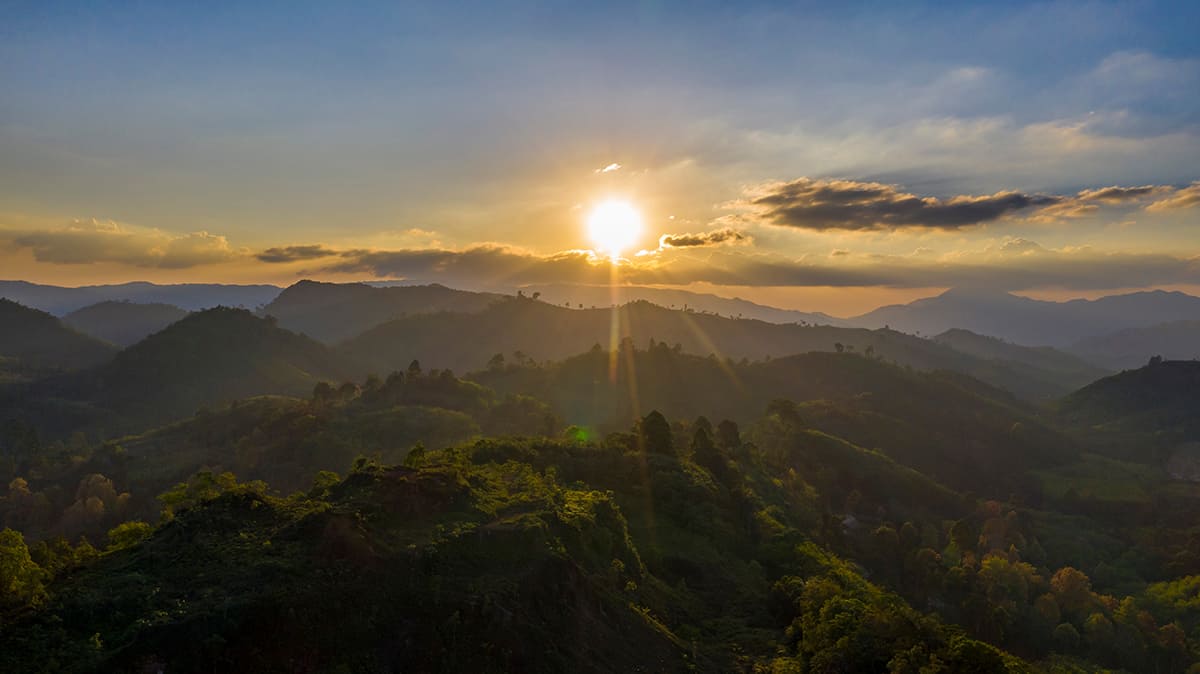 The dark side of nature can be painful to contemplate, regardless of whether one believes it comes from original sin or from the survival of the fittest. Sometimes it is more bearable when we view whatever suffering we experience as part of something much bigger than ourselves — when we say that there is a larger plan, even if it’s not working in our favor at the moment.

Although death is often upsetting, it is part of the cycle of life. Dead creatures serve as food for other creatures and are therefore an important part of the ecosystem. The dream symbolism of death and dying may be relevant to consider if you’re focused on the part of nature that has to do with death.

Many symbols of rebirth can be symbols of nature too in that sense. Bears that hibernate and snakes that shed their skin are good reminders that transformation is part of life — and perhaps death is just one more transformation. 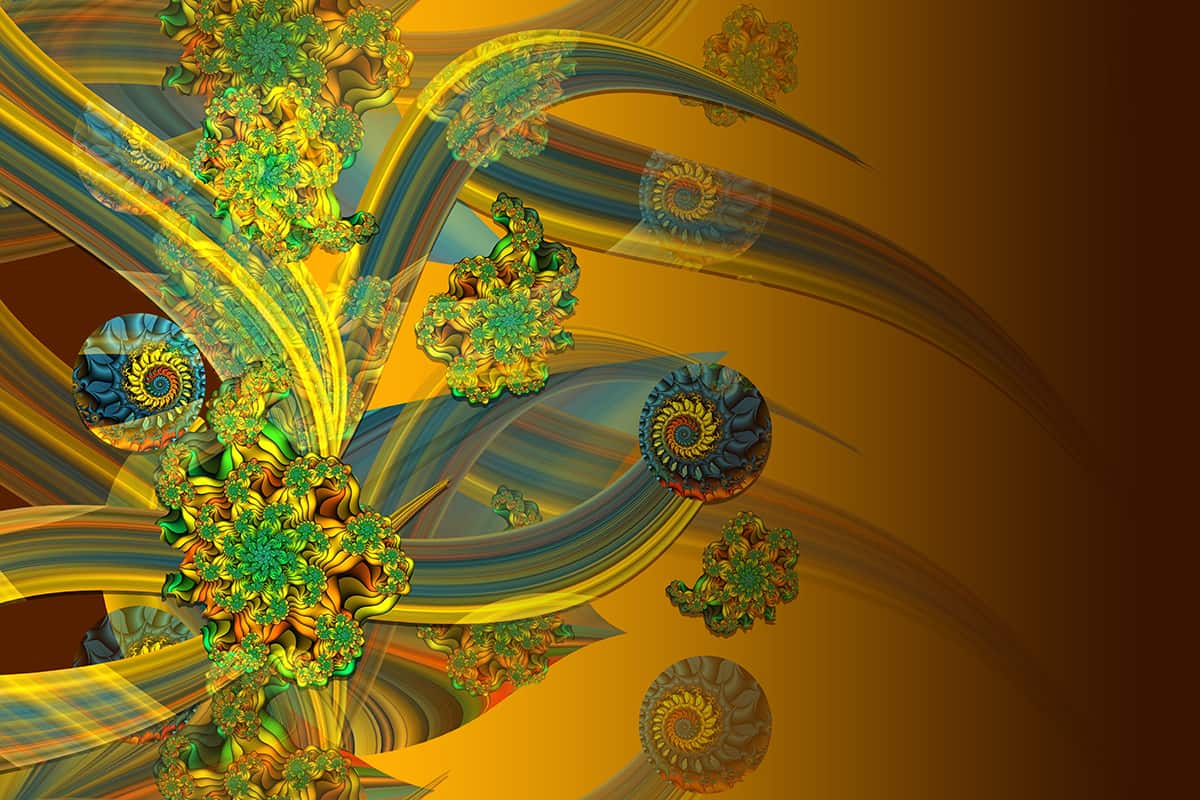 The natural world contains order in ways both great and small. The fine details of plants and other forms in nature often feature repeating patterns known as fractals. As reported on Treehugger, some of these fractals also have other surprisingly orderly characteristics such as logarithmic spirals or golden spirals (spirals based on the golden ratio). 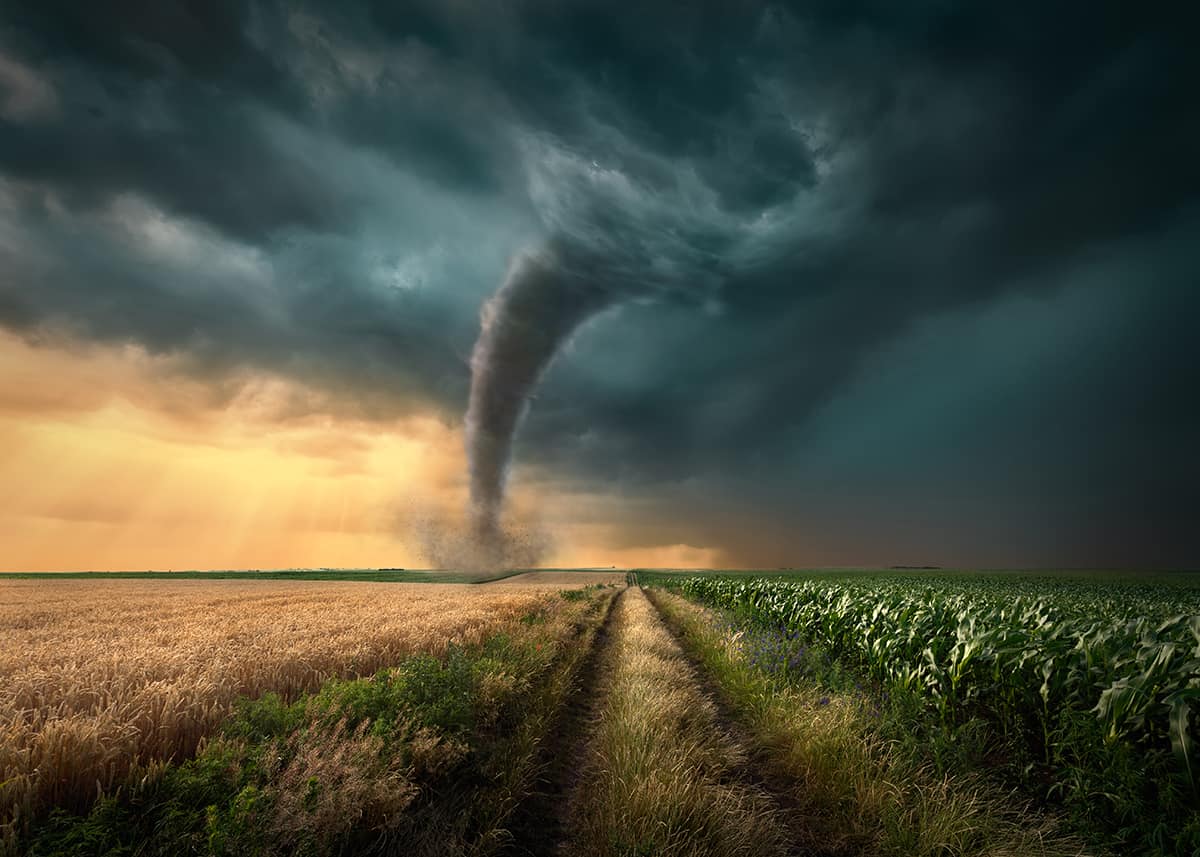 Although nature may be orderly in some ways, it often seems chaotic in the short term. Just predicting the weather enough to know what you should wear on a given day can be difficult sometimes!

Humans put a lot of effort into resisting the chaotic and unpredictable side of nature. If you’re frustrated with nature for thwarting your plans at the moment, you might see a flood or a tornado as an appropriate symbol of nature. However, even smaller intrusions of nature like ants can cause havoc in the civilized world. 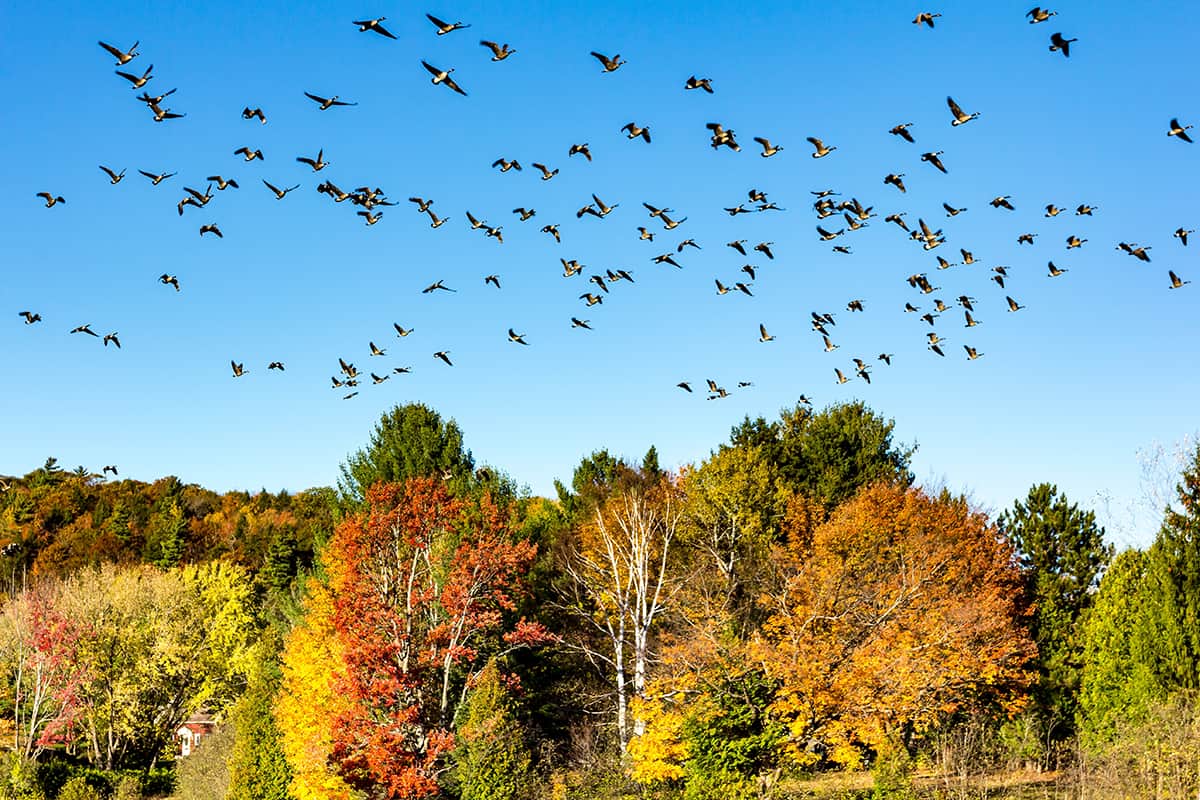 Some animals are known to engage in complicated behaviors that appear to be beyond what they’d be capable of thoughtfully planning on their own. These behaviors are usually referred to as instinct.

You might be interested in a symbol of nature that focuses on instinct if you can’t figure out some strange behavior of your own. Perhaps seeing yourself as an animal drawn to whatever you’re doing by instinct could help you come to peace with it. 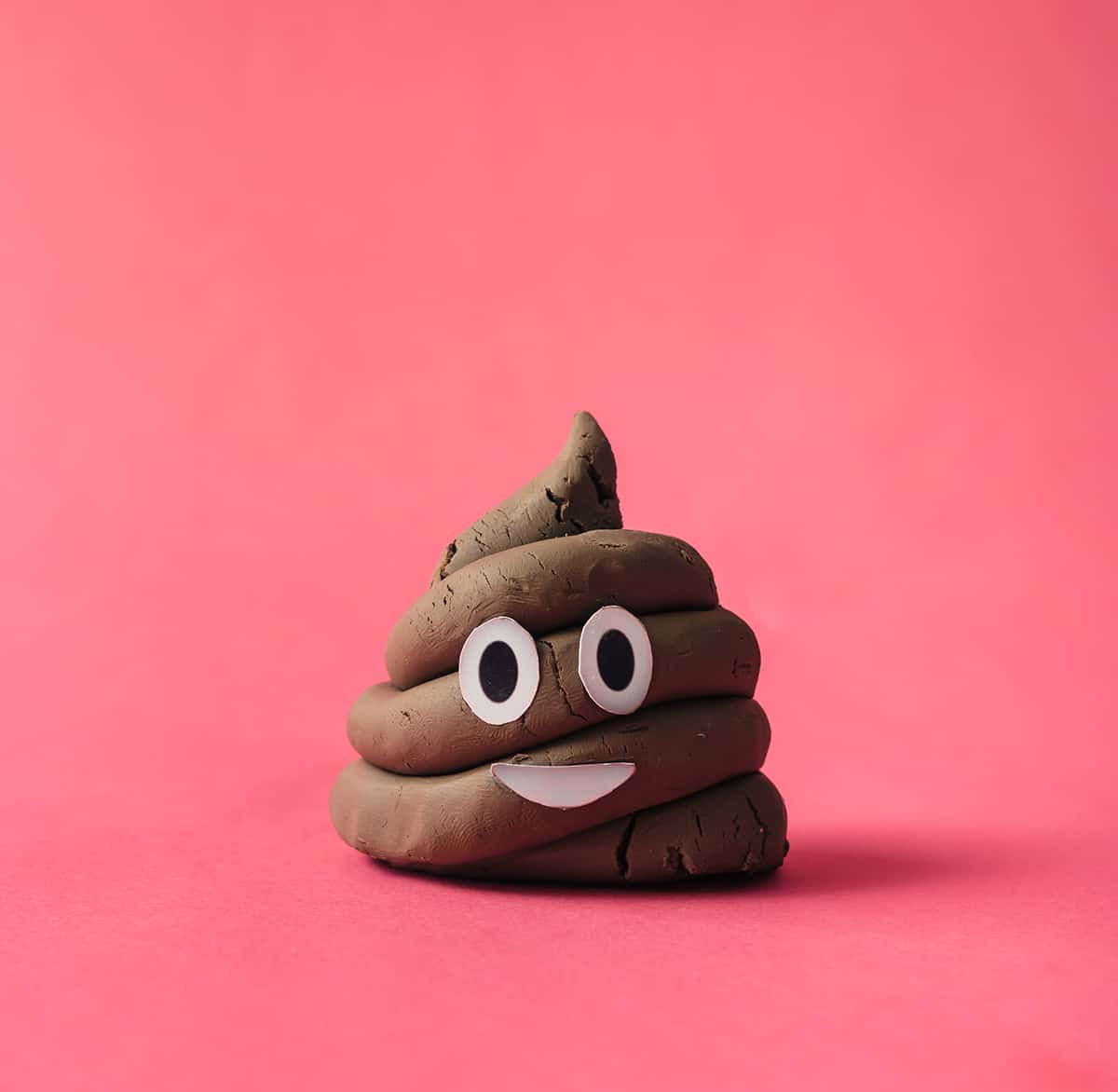 The idiom “nature calls” is often used to mean that one needs to go to the bathroom. Although people sometimes feel embarrassed about excreting waste, it’s the body’s practical way of meeting its needs.

In this sense, poop can be a symbol of nature. You’ll probably encounter animal poop once you start exploring outdoors. Eventually, you may have to deal with your own need to poop if you’ve explored far from a typical restroom.

More broadly, poop as a symbol of nature represents that nature calls us to live in reality, no matter how uncomfortable it may be at times. The physical world has its limits and boundaries. However, if we learn to function harmoniously with those restrictions, we may find the possibilities from there to be rewarding!