Being one of the animals most closely related to humans must be hard, because humans tend to see a lot of their own more difficult qualities in monkeys. Your dream of a monkey similarly probably says more about you than it does about any actual monkey.

A lot of the symbolism of monkeys revolves around the basic idea that monkeys are more similar to humans than most animals are, yet they are still not quite like humans. Seeing a monkey in your dream can therefore symbolize that a human in your life is perceived as wilder than other humans, or as less intelligent than other humans.

While comparing a human to a monkey can certainly be done in a way that is insulting or even racist, monkeys also have advantages that humans do not in certain situations. For example, monkeys are more agile than humans, so a dream of a monkey could symbolize that you are working on your athletic abilities or admiring those of someone else. 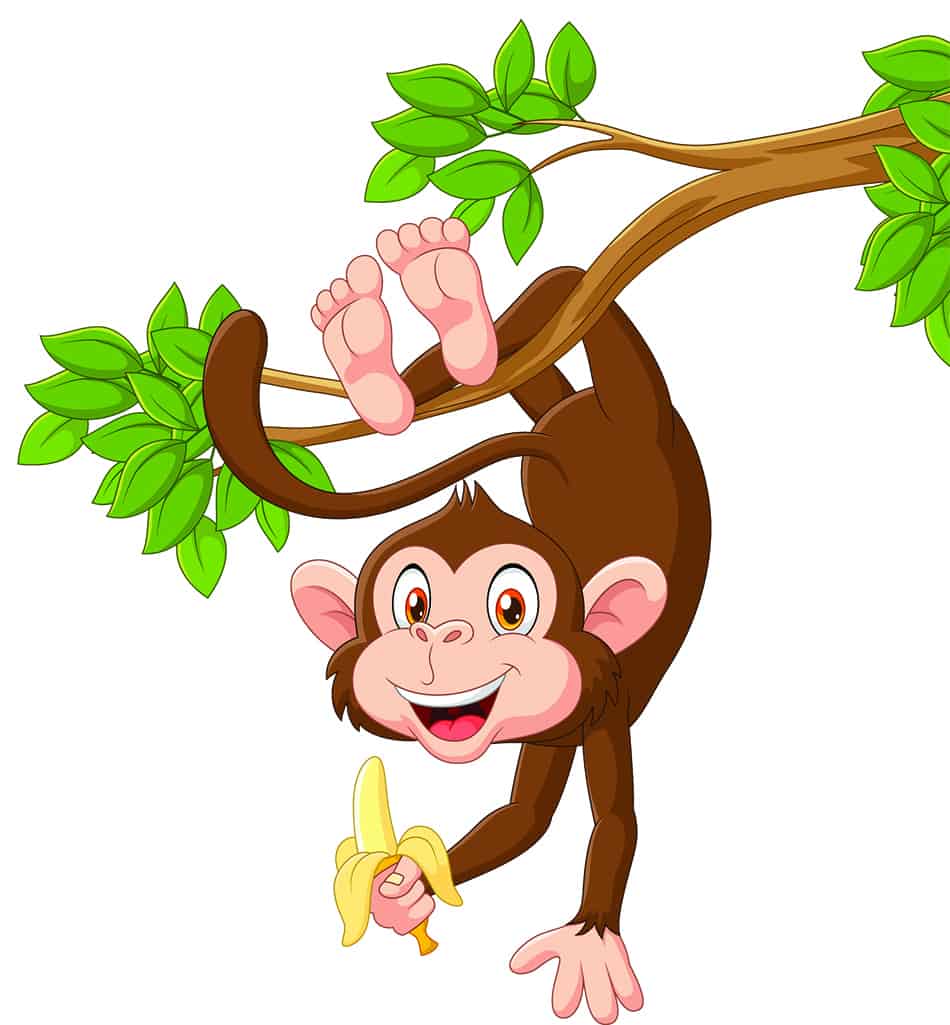 Monkeys are similar enough to humans that humans can see a lot of their own wild side in them. Dreaming of a monkey could therefore symbolize that you feel like the constraints of civilized society are pushing you to repress your more primitive urges.

These urges could be for sexual satisfaction or to express aggression. When you get wild enough, though, even defining the urges as anything that specific gets difficult.

For example, the incoherent song “Monkey Man” by The Rolling Stones could be about anything from sex to drugs. In that sense, dreaming of a monkey could symbolize that a situation in your life has gotten totally out of control.

Monkey is sometimes used as a racist term to suggest that some groups of people are less intelligent or civilized than others, as described at The Conversation. A dream of a monkey could therefore reflect that you have been mistreated on account of your race, or that you have mistreated someone else in that way.

Monkeys are similar enough to humans that humans can see their own intelligence in them. However, monkeys do not read and write in the same way that humans do.

Dreaming of monkeys can therefore symbolize conflicts around the role of intelligence in your life. For example, you might be learning something new and feeling like you are not performing up to your usual standard.

There is also an old joke to the effect that many monkeys typing on many typewriters would eventually produce at least one great work of literature just through random chance. In this sense, dreaming of a monkey could symbolize that you are having difficulty taking pride in an intellectual accomplishment of yours.

Monkeys definitely outdo humans in climbing trees, as noted by MonkeyWorlds. A monkey dream could therefore symbolize that you need to become more agile, physically or psychologically.

If your monkey dream really emphasizes the monkey’s physical skills, though, this could symbolize that you have been engaging with your own body lately, like through sports or bodywork.

Monkeys often do not get seen for the unique qualities they have to offer because they are judged on their similarity to humans. Dreaming of a monkey could therefore symbolize a situation where you are constantly judged against a peer, like a sibling or a co-worker, instead of being appreciated for who you are.

Dream of a caged monkey 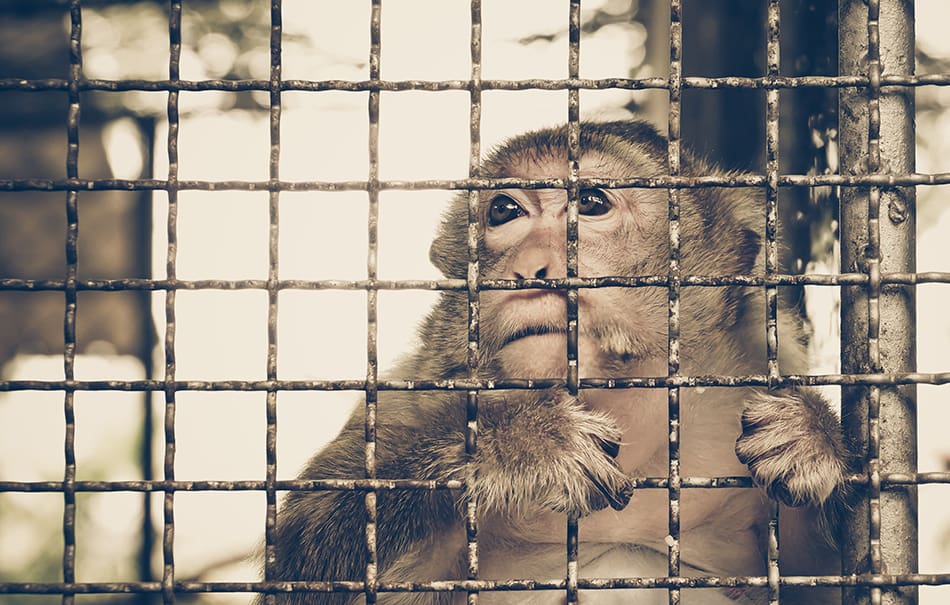 Dreaming of a caged monkey can symbolize that you feel like you are restricted by some situation in your life. Especially if the monkey in the cage is protesting, the situation could have an obvious element of unfairness. You might also have a dream of this sort on behalf of someone else you feel is being treated unjustly.

If the monkey in the cage seems happy and well taken care of, though, this could refer to a situation where you are aware that you have traded your freedom for comfort.

Alternately, your caged monkey dream meaning could reflect that you are proud of your ability to restrain your wilder impulses. This interpretation would be more likely if the dream showed you as the person putting the monkey in the cage.

Dream of a monkey attack 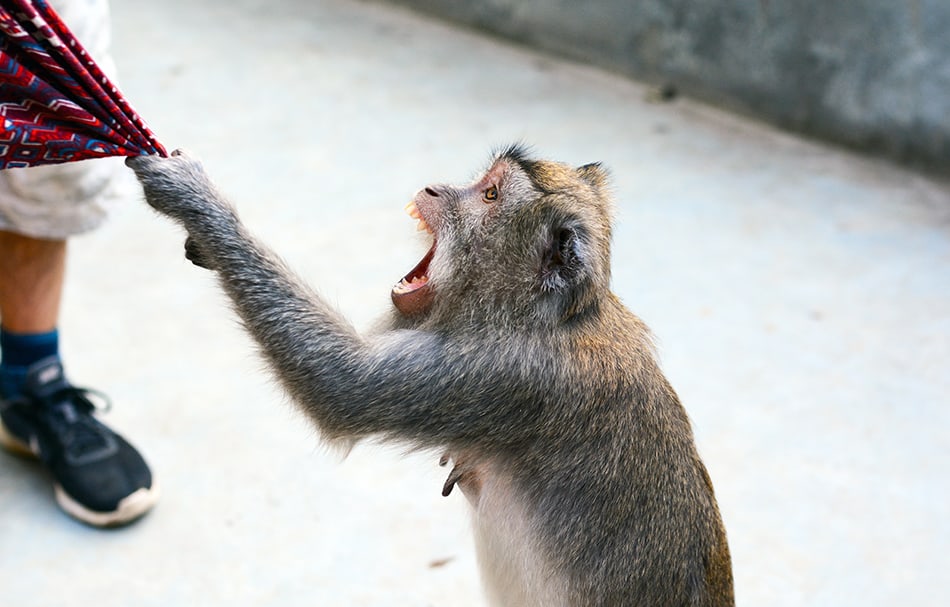 Dreaming of a monkey attacking you may symbolize that you feel attacked by people who are not acting rationally.

In The Wizard of Oz, the Wicked Witch of the West has flying monkeys who do her bidding. Popular psychology writing on the topic of narcissism has adopted this imagery, using the term “flying monkey” to refer to a person who is loyal to a narcissistic bully and does their dirty work for them.

A monkey attack in your dream could similarly symbolize a situation where someone who has a problem with you is not willing to deal with you directly and has instead convinced others to fight you on their behalf.

Dream of fighting with a monkey

If you kill the monkey or otherwise win the fight in your dream, and you feel good about it, though, this could symbolize a situation where you are proud that you stopped yourself from doing something destructive. The phrase “monkey on one’s back” is often used to refer to addiction, so a dream of fighting a monkey could definitely refer to struggling with addiction.

Dream of an injured monkey 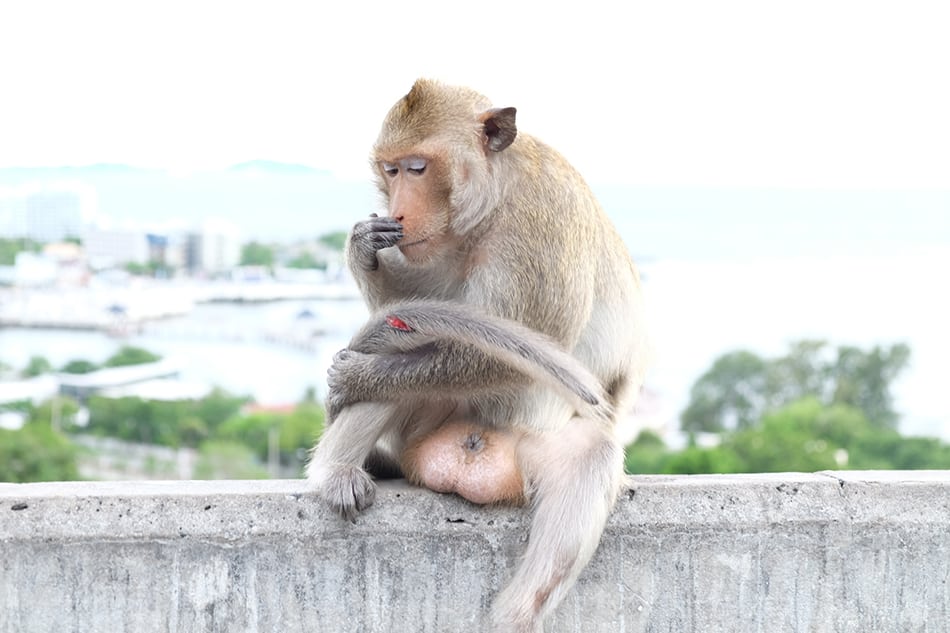 Seeing an injured monkey in your dream may symbolize that your animal side is suffering. Especially if the dream had an element where a human – or a tool or weapon created by humans – was responsible for injuring the monkey, the dream could mean that your own intellectual side is crushing your more primal drives.

If the monkey in your dream was injured by another wild animal, though, this could symbolize your awareness that nature is not always kind, including your own primal nature. Seeing an injured monkey helped by humans could symbolize that your reason is able to mediate the more difficult effects of your instinctive side.

Dream of a baby monkey 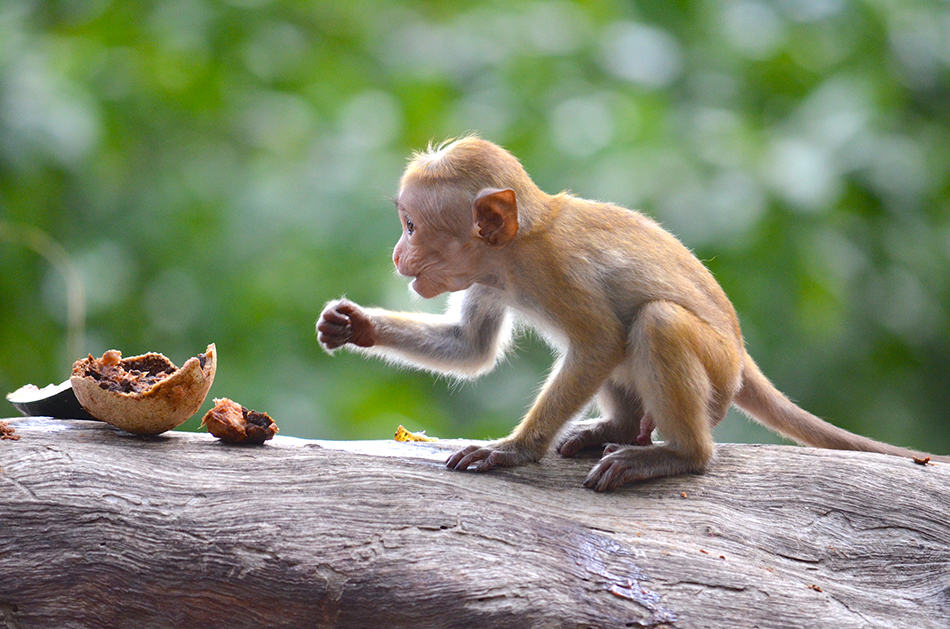 A baby monkey dream could symbolize anxiety about being or becoming pregnant. Many pregnancy dreams reflect fears about lack of control over the process – you have so little control over what kind of child you will get that you could just as easily wind up with a monkey as a human, right?

If pregnancy is not a factor for you at this time, the meaning of holding a baby monkey in your dream might be that you are nurturing your own wild side.

Typically, though, baby monkeys are cared for by their monkey parents rather than by humans. Especially if other monkeys are around in your dream of a baby monkey, this might raise the question of whether you are an interloper in a place where you don’t belong. You could be intervening in some situation with the intention of making it better, but maybe you are causing more problems than you are solving.

Dream of a golden monkey 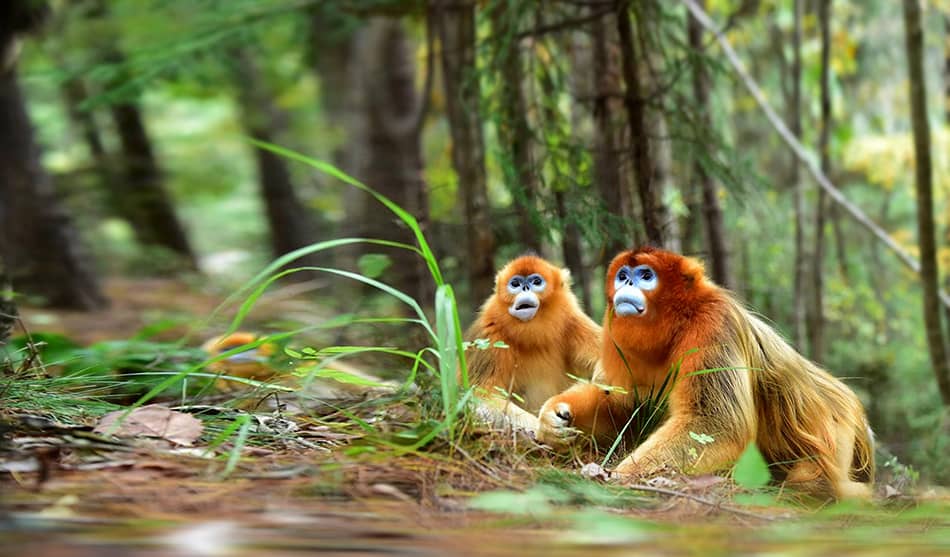 The golden monkey Ozymandias is a negative character in the HBO series His Dark Materials, as the helper of a human character who is also evil, as described on Primetimer. If this is a familiar reference for you, the meaning could be similar to that of the flying monkeys in The Wizard of Oz: someone troublesome in your life is not acting alone, even if the people who help them are not as flagrantly bad.

Your monkey dream can symbolize your attitude toward what you consider the more primitive parts of yourself. The hard part of monkey symbolism, however, is the atmosphere of judgment that tends to surround it.

The takeaway from a monkey dream could therefore be that you need to find a way to accept something about yourself that does not fit with your image of how you should be. While humans might claim to be the smart ones, we seem to have more trouble than the monkeys do in this regard.