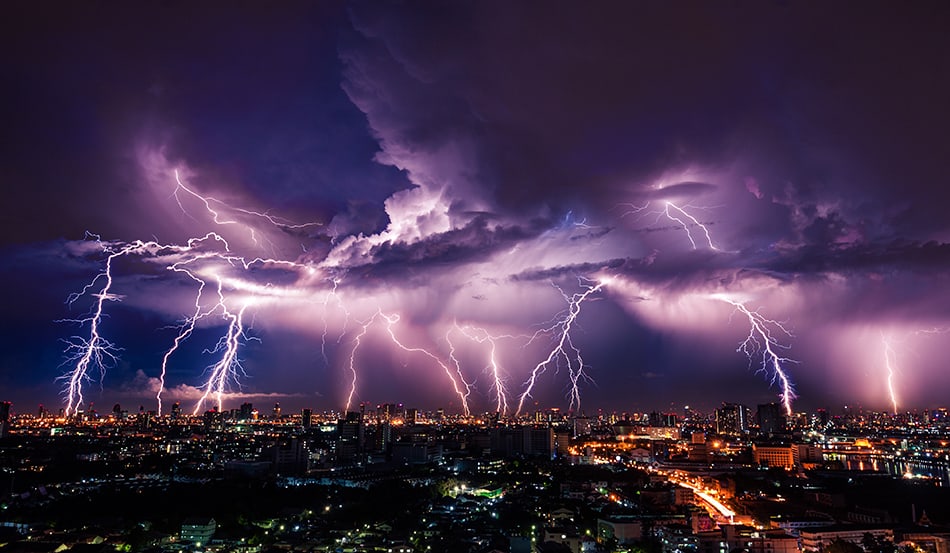 Lightning is a common atmospheric phenomenon. It is a natural electrostatic discharge occurring within the clouds, usually followed by the thunder we usually hear shortly after seeing a lightning flash.

Its strongness, power, and release of energy made it a powerful symbol in human culture. Thus, it is no wonder it comes to our dreams often, mostly as a symbol of something happening in our life.

In this article, I will emphasize the most notorious symbolism behind this natural phenomenon and explain some of the most common dreams about it. 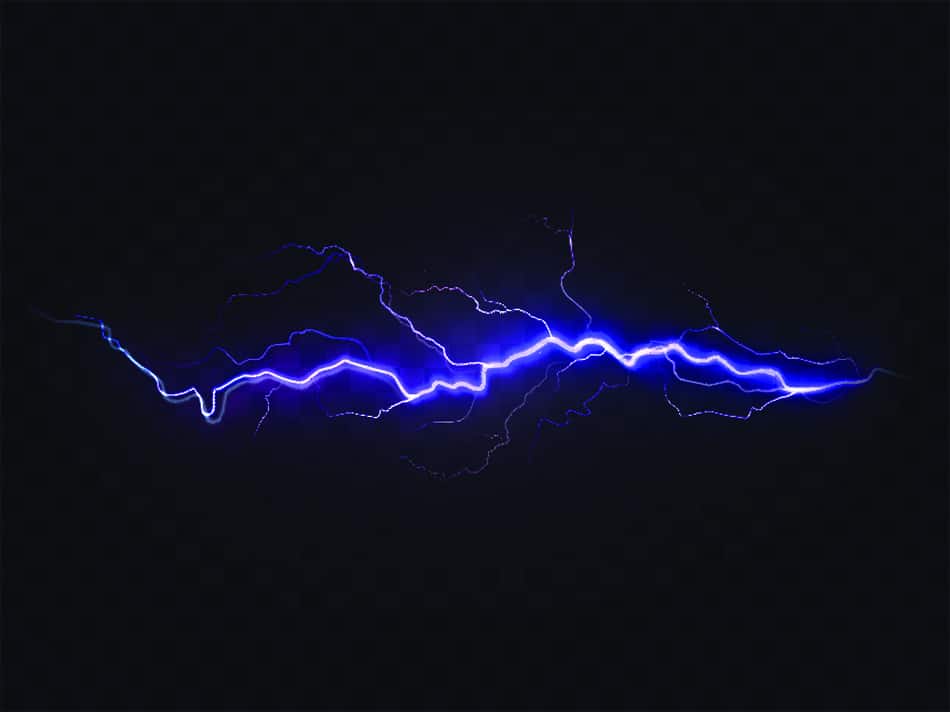 A lightning strike or a thunderbolt has long been the symbol of energy and power. Depending on the context, it is interpreted as generative and destructive, carrying both positive and negative connotations. In various mythologies, it was related to the sudden illumination, as a form of the divine message, coming from the gods. Sometimes thunderbolt was interpreted as the punishment by the gods.

In Indo-European, Hellenic, and Vedic tradition, lightning was associated with the head deity called Sky Father, as the main symbol of cosmic order. In Hellenic mythology, it was represented as Zeus, king of all gods, while in the Vedic religion it was related to the god named Indra.

In the modern world, however, thunderbolt continued to carry strong symbolic meaning. It is used as an electrical symbol, as well as the logo of many popular and fictional characters and organizations (from the car manufacturer Opel to Marvel’s superheroes).

In dreams, the lightning usually shows up as the representation of sudden, mostly terrible events, as well as the symbol of intuition. I will try to classify those interpretations depending on the context of each dream.

Dream About Lightning Striking at You 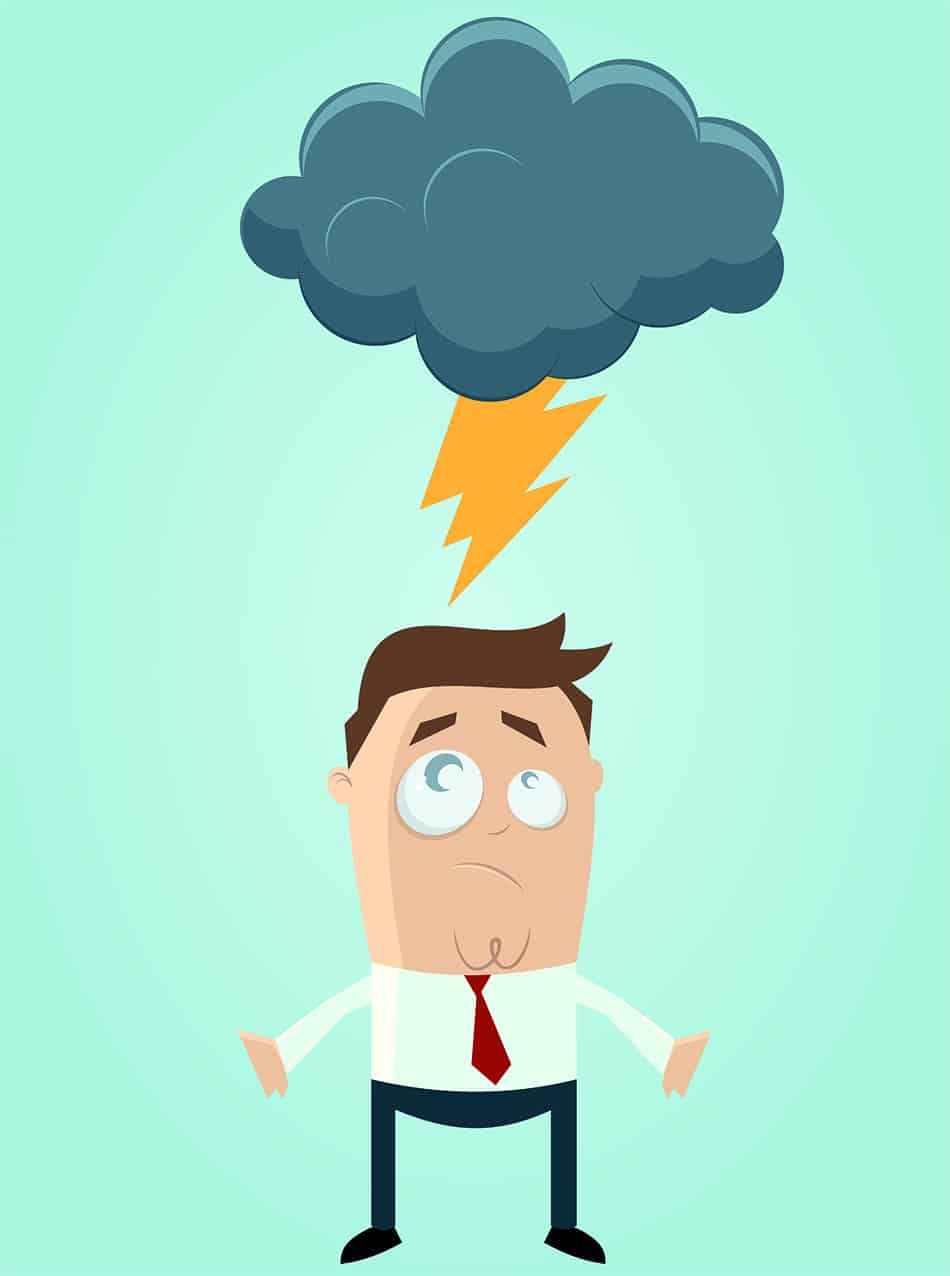 If there is a dark cloud, then lightning strikes at you, this dream is considered to be a bad omen. It usually signifies a certain conflict or disagreement you can expect to have with your family, partner, or colleagues. Pay attention to your behavior and try not to offend anyone in the near future, because this dream is a warning about it. Your attitude towards others is on trial.

In the tradition of interpreting thunderbolt as the sudden illumination, this dream can be also understood as the discovery of a solution to the problem that has been torturing you for a long time. It can signify some good changes you can expect soon.

If the lightning showed up above you, it can be a good sign as well, announcing prosperous times in the near future, in terms of financial gain. Consider yourself fortunate, since you can expect money income without any effort. It is a good time for investments and new business projects, that will bring you a lot of profit.

Dream About Seeing a Lightning 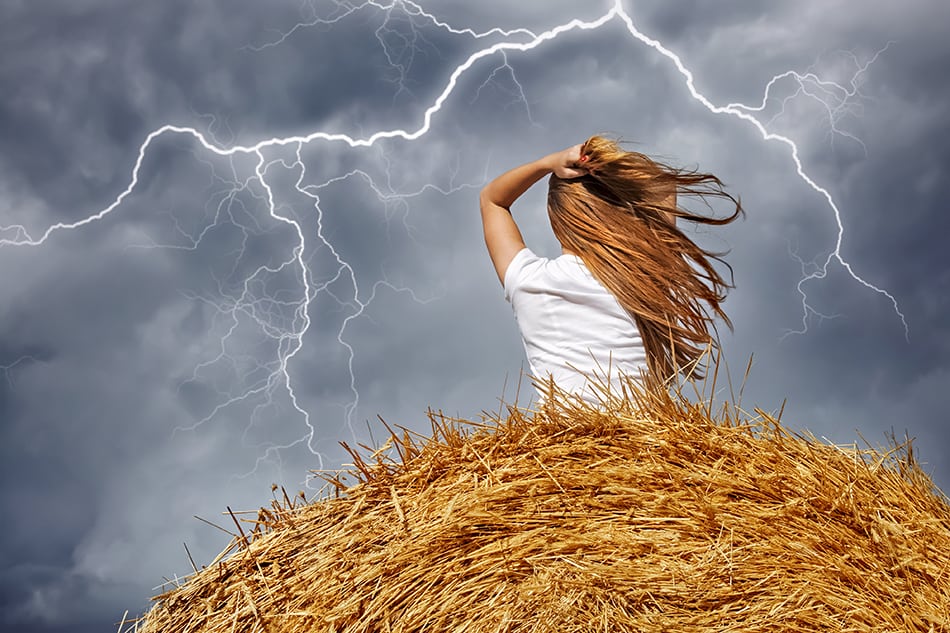 This dream is interpreted as a good sign. It signifies good luck coming your way, but only in minor strokes. Don’t expect anything life-changing, but rather minor strokes of good luck brightening your day.

Dreaming of seeing a flash of lightning can also be a sign of luck in love and finances. You may meet someone new who will come into your life soon, or pursue a new business plan that will pay off quickly.

If you dreamed about seeing a bolt of lightning above yourself, consider it another good omen regarding the financial situation. It announces good times for financial investments, so don’t hesitate to begin the new business project. Also, if you were in debt, you can expect to get out of it very soon and end financial difficulties.

If the thunderbolt you saw in a dream caused you to fear, it is considered to be the normal reaction. It is a representation of you being afraid of something in real life. Perhaps there is a situation important for you, that you have been trying to fix or improve. However, you weren’t able to focus on it enough in the past.

This dream is a reminder to prioritize better, instead of being confused and doing all the things at the same time. Thus, listen to your subconscious, organize your time better and make a room for the most important things.

Dream About Lightning Striking at Your Partner 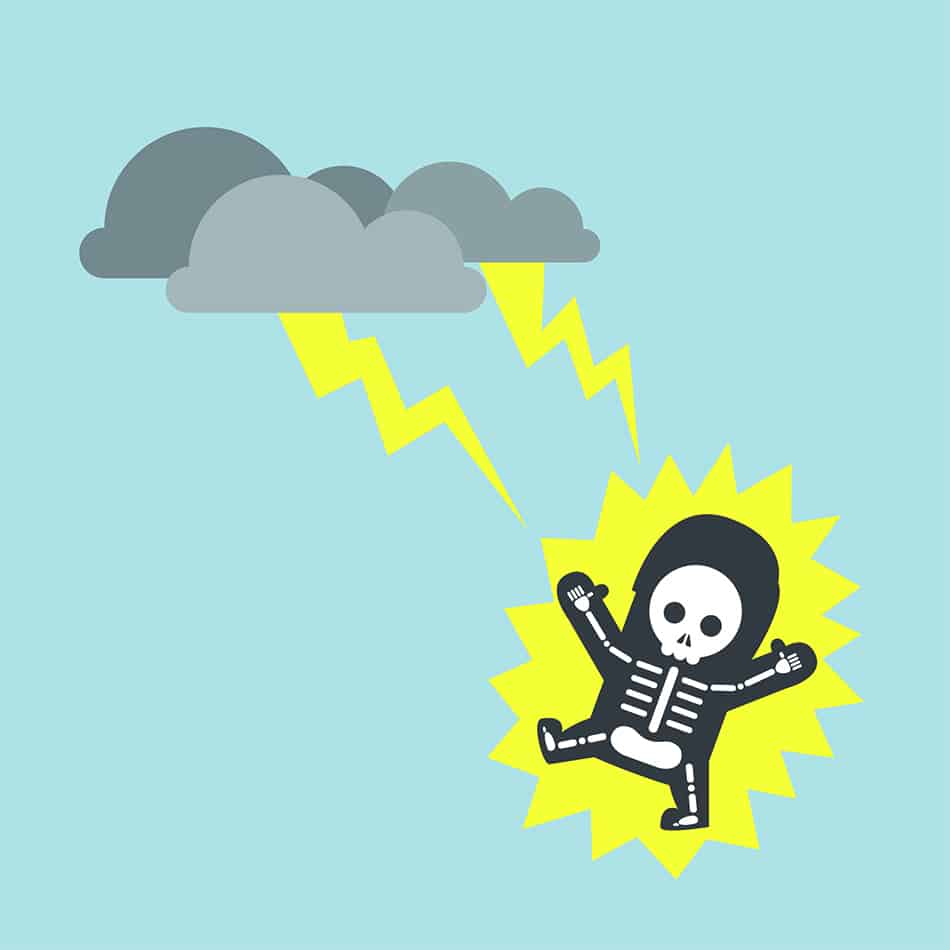 Dreaming of seeing a thunderbolt striking at your loved one is interpreted as a negative sign. It is usually a representation of difficulties you will soon experience in your relationship.

Whether it is a sign of potential infidelity, a certain sexual issue, or just the lack of emotions between you and your partner, something is definitely going wrong.

However, this doesn’t necessarily mean love is gone and everything is over for you two. There is still a chance to save your relationship if there is love between you and you have goodwill to keep it alive. It depends on you and this dream is just a reminder.

Dream About Lightning Striking An Object 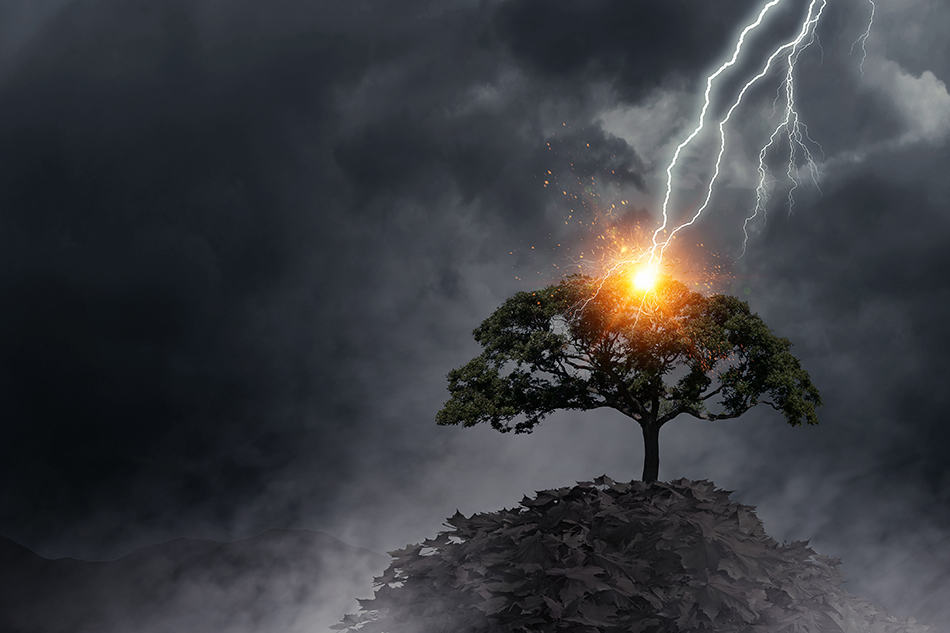 If you had a dream of a thunderbolt striking something that is near you, it represents some tense and unstable emotions you feel about someone. Try to think about it: is it fear, anger, grief, or perhaps frustration? If you detect the emotion that is hidden inside you, it would be easier to deal with it.

Another possible interpretation is that this dream is the sign of something that surprised you, be it a discovery you didn’t know anything about before, or someone close surprised you in a pleasant or an unpleasant way.

Additionally, this dream may be the suggestion of gossip about you. Someone may be trying to ruin your reputation. However, don’t pay them any mind. There is nothing you can do nor should do about it.

Dream About A Thunderbolt Causing Damage 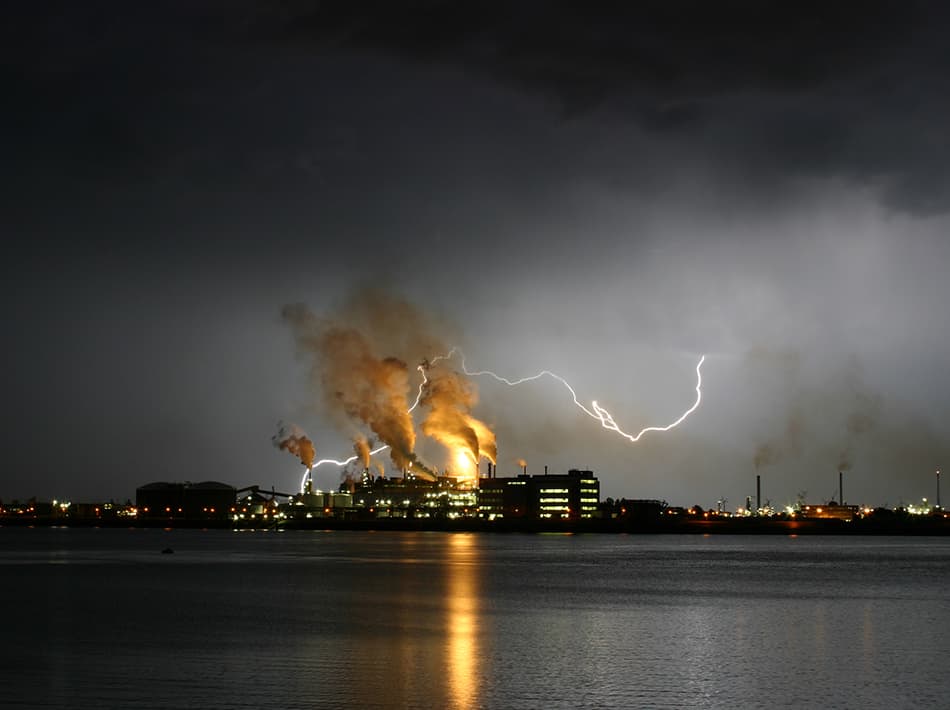 If you had a dream of lightning causing the fire, it is usually considered to be a clear sign of a love affair happening in your life. The symbolic fire burning in the sky like in a fire dream corresponds to the fire in your heart.

There are several possibilities for interpretation. If you are already in a relationship, this may be just a short affair that got you tempted. In this case, be careful, if you want not to be left alone in the end.

However, if you are single, this love affair might become a long one, making this person important for you in the future.

If the damage in the dream was not fire, but someone was damaged by the lightning, it is usually a sign of confusion and distraction. You need to focus more in order to prioritize people in your life, otherwise, you will keep neglecting someone that is important to you.

Perhaps some issues have been taking all your attention recently, but now it’s time to go focus. If you are in love, for example, don’t forget about your duties and other people in your life. Consider this dream a reminder of that.

Other Common Examples of Thunderbolt Dreams 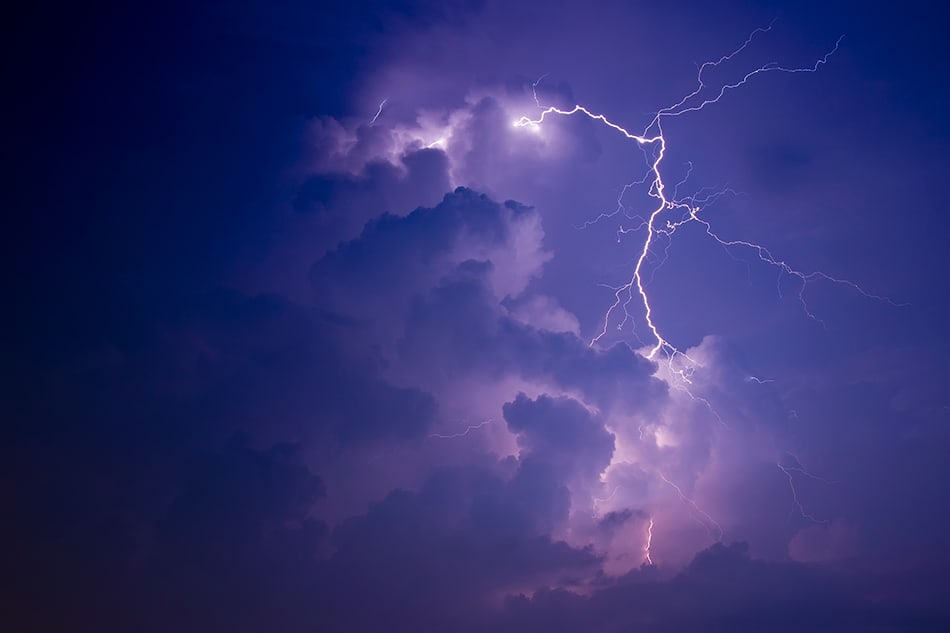 If the lighting in your dream was emerging from the cloud, it is a clear sign of prosperity and happiness in your life, be it financial or emotional abundance. Even if this dream announces an issue arising again from the past, think of it as a possibility to finally deal with it and move on for good.

If something was illuminated by the strike of a thunderbolt in your dream, it suggests you pay more attention to it. Whether it is a person or a thing, try to think of your relation to them. This dream tells you to reconsider your relationship and feelings and to find out what this person or object represents and means to you.

If the lightning was seen during the night, illuminating a dark sky above you, be careful, because it may be a sign of misfortune waiting for you. Expect a failure or lack of success in some area of your life, but don’t be desperate about it too much. All difficulties can be resolved if seen as a challenge, especially if you prepare yourself for that.

One of the most frightening examples of thunderbolt dreams is when dreaming of lightning striking at your house, causing a fire in it, or damaging it in some other way. It is always considered to be a very bad sign, usually, a tragedy related to some of the members of your family, with difficult, long-term consequences.

As you could see, dreaming of lightning is never an easy dream to interpret. It always depends on so many details of your life: your relations, your feelings, your subconscious, etc. It can be related to destruction as well as to renewal, to energy and inspiration as well as to awareness.

Finally, in most cases, lightning appearing in dreams is a symptom of explosive emotions you are hiding or trying to hide. Whether it is pressure, tension, or some form of excitement, it is important to cope with it accordingly.

Have you dreamed about a strike of thunderbolt recently? To what feeling you can relate it? Does it resonate with any detail from your waking life?