Defining kindness is difficult. Most people agree that it has something to do with being helpful to others. However, the hard part is telling the difference between being kind and being nice.

Being nice, like being kind, can manifest in helpful actions. However, being nice often comes from a desire to have others think well of you. If you’re focused on being nice, sometimes you might do something you know isn’t totally right in order to avoid upsetting anyone.

Being truly kind is taking a heart-centered approach to whatever situation you face. You act with empathy for the other person, and you honor both their boundaries and your own.

Envision Kindness, which promotes and studies kindness, defines kindness as “Any action or inaction taken (or avoided) with the express purpose of benefiting someone else or preventing harm from occurring.”

With that in mind, let’s look at some of the symbols of kindness. 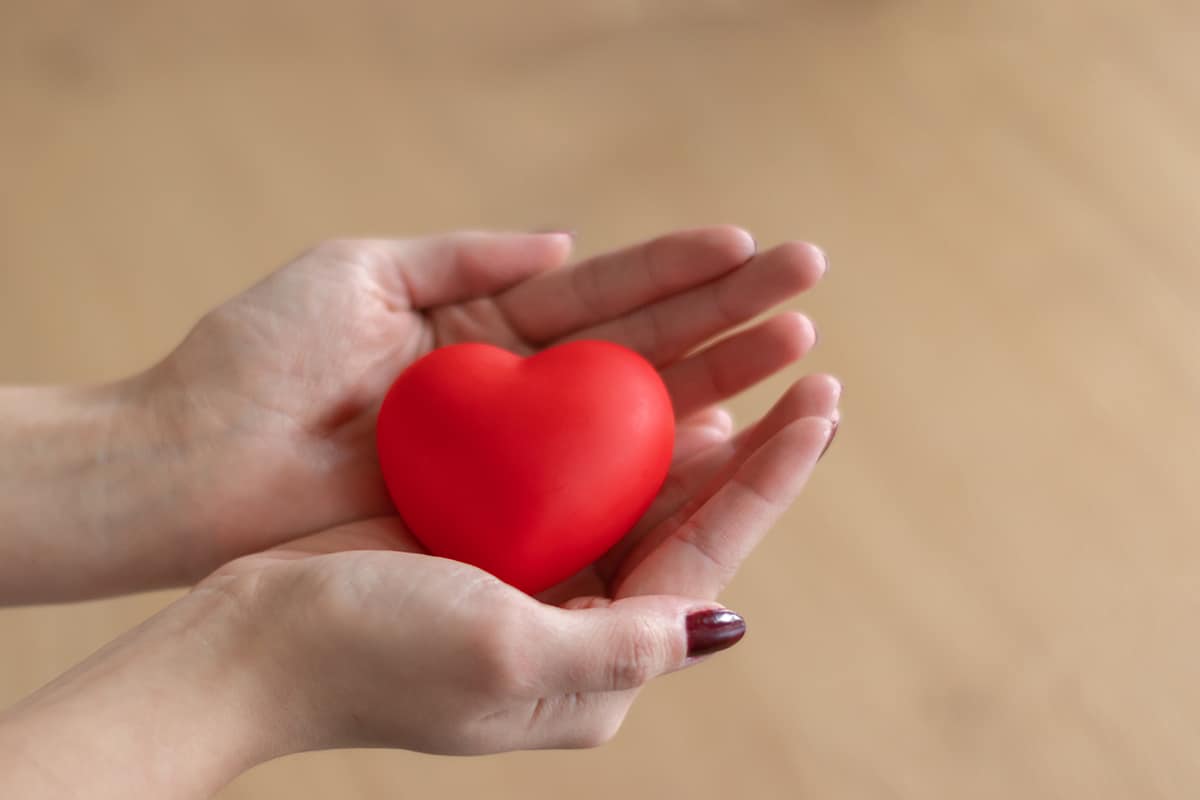 As noted above, true kindness comes from a heart-centered approach to life. A heart is, therefore, a major symbol of kindness.

In the human body, the heart is mostly red in color. Perhaps that’s why even the simplest heart doodles are often colored in red. Cards for Valentine’s Day, a holiday that celebrates love and friendship, are often made in heart shapes and decorated in red, pink, and white.

In Roman Catholic artwork, depictions of the Sacred Heart of Jesus and the Immaculate Heart of Mary emphasize these figures’ hearts as symbols of compassionate love.

If you want to explore the heart as a symbol of kindness further, astrologer Pam Gregory demonstrates an exercise of visualizing breathing through your heart as if your heart were your lungs. The visualization also involves seeing through the eyes of your heart. This is supposed to help you experience love as a state of being. 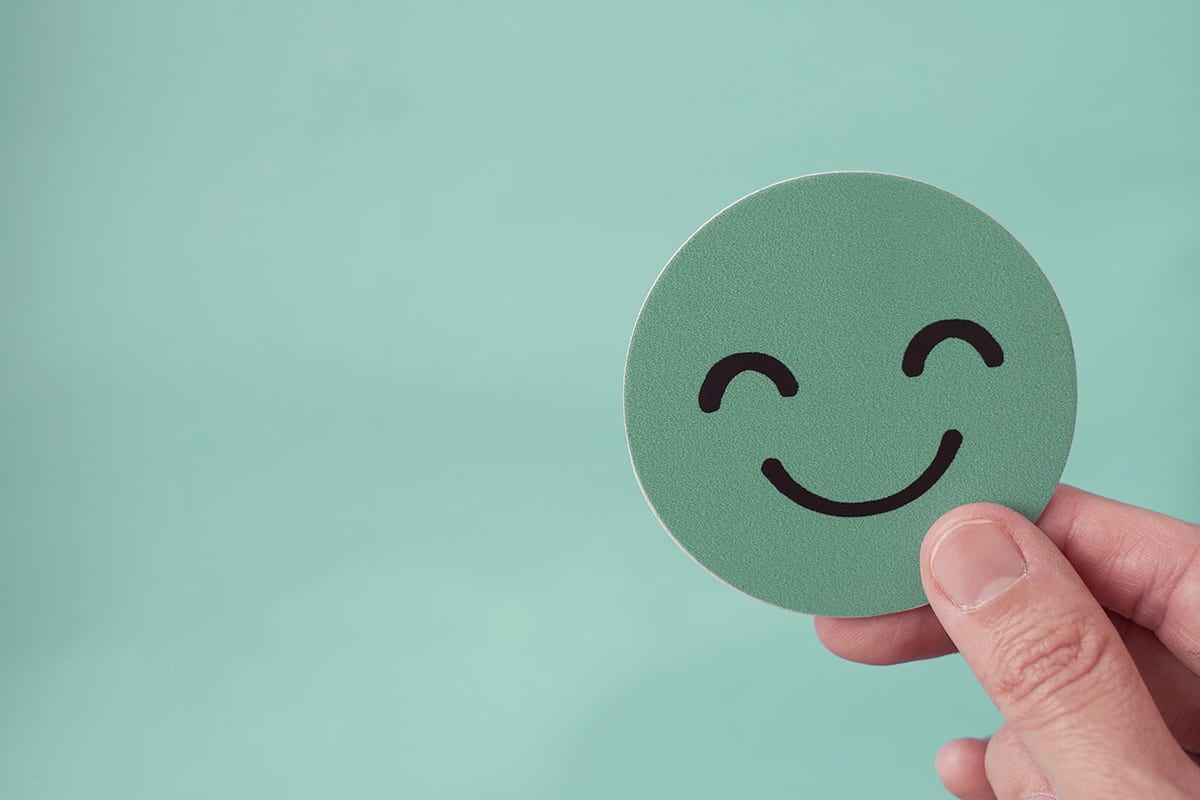 A smile is a common sign of kindness and friendliness. If you’re talking to someone in person or over video chat, they’ll usually be able to see you smile. Even on a phone call, people can often hear a smile in your voice.

However, lots of modern communication takes place over texting, email, and social media — where it can be hard to gauge emotions. In casual exchanges, happy face emojis are often used to make sure a tone of kindness comes across. 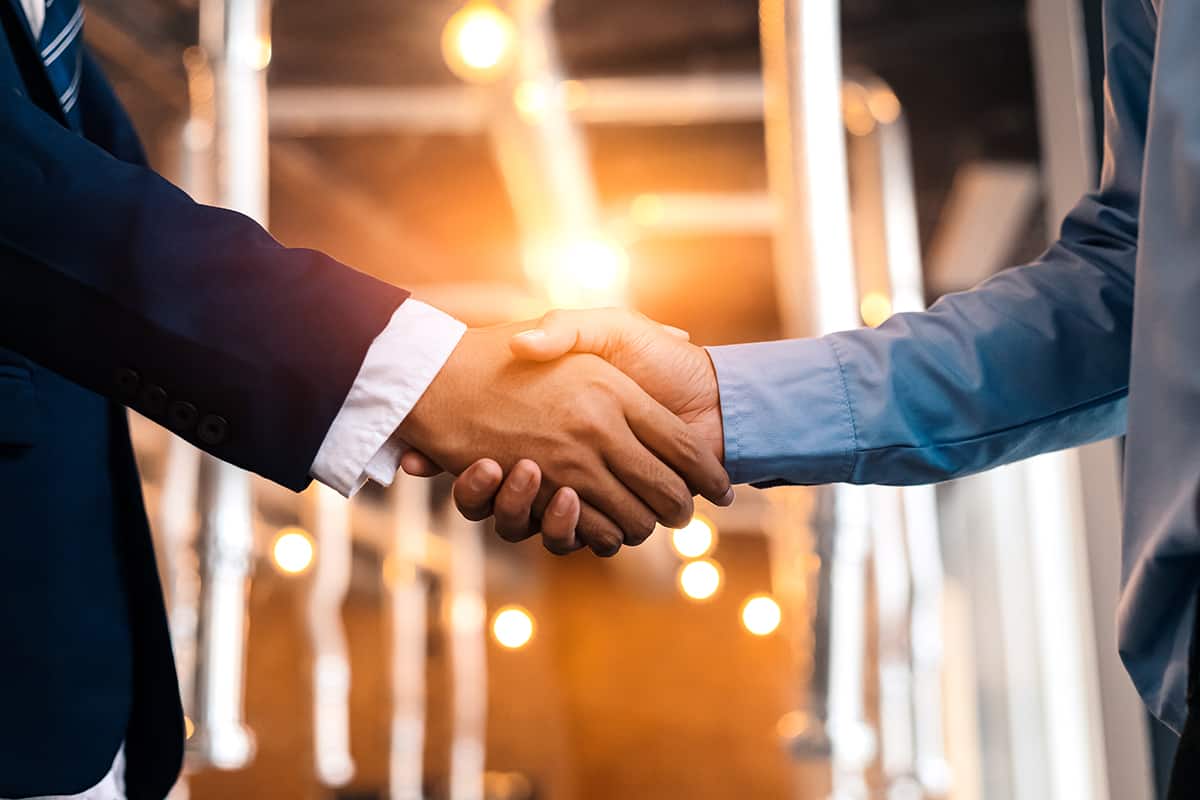 Shaking hands is a common ritual when meeting someone new, especially in business settings. Even if there is a difference in status, like one person is the boss and the other person is an employee, a handshake recognizes the humanity of the other person.

Variations on the handshake include the fist bump, which is seen more commonly in casual settings. Either way, kindness is not taking pity on someone who seems less fortunate than you are — it’s recognizing that they matter, regardless of the differences between you and them. 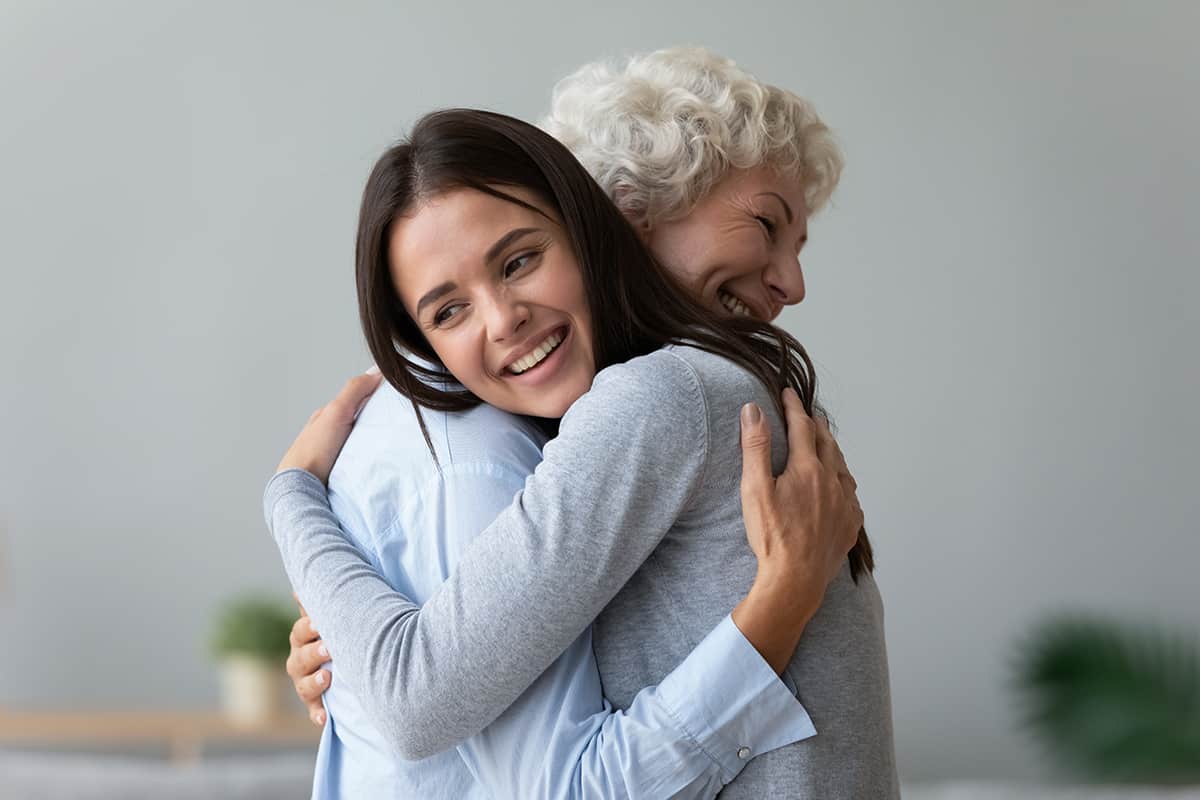 Hugging isn’t the right approach for every context, but sometimes it can be a very comforting way of expressing kindness. It’s usually reserved for people who know each other well. See also dream symbolism of hugging.

Symbols of kindness in nature

As described regarding the symbolism of nature, there’s an ongoing philosophical conflict over whether nature is innocent or savage at heart. Like many other situations in life, some elements of both sides are present, and what you see will probably be determined to some extent by what you focus on.

Humans are not the only creatures capable of doing kind things for each other. Animals like birds and monkeys can be often seen grooming each other. If you look for kindness in the world, you’ll eventually find it somewhere!

While giving flowers is sometimes done with romantic intentions, it can also simply be a symbol of kindness. For example, bringing flowers to a sick person in the hospital would be an act of kindness.

Most flowers are simply pretty. Bringing beauty to people is usually an act of kindness, and it often doesn’t have to be more complicated than that! However, for those who know about the deeper meaning of flower symbolism, specific flowers can be chosen to convey the message of kindness. 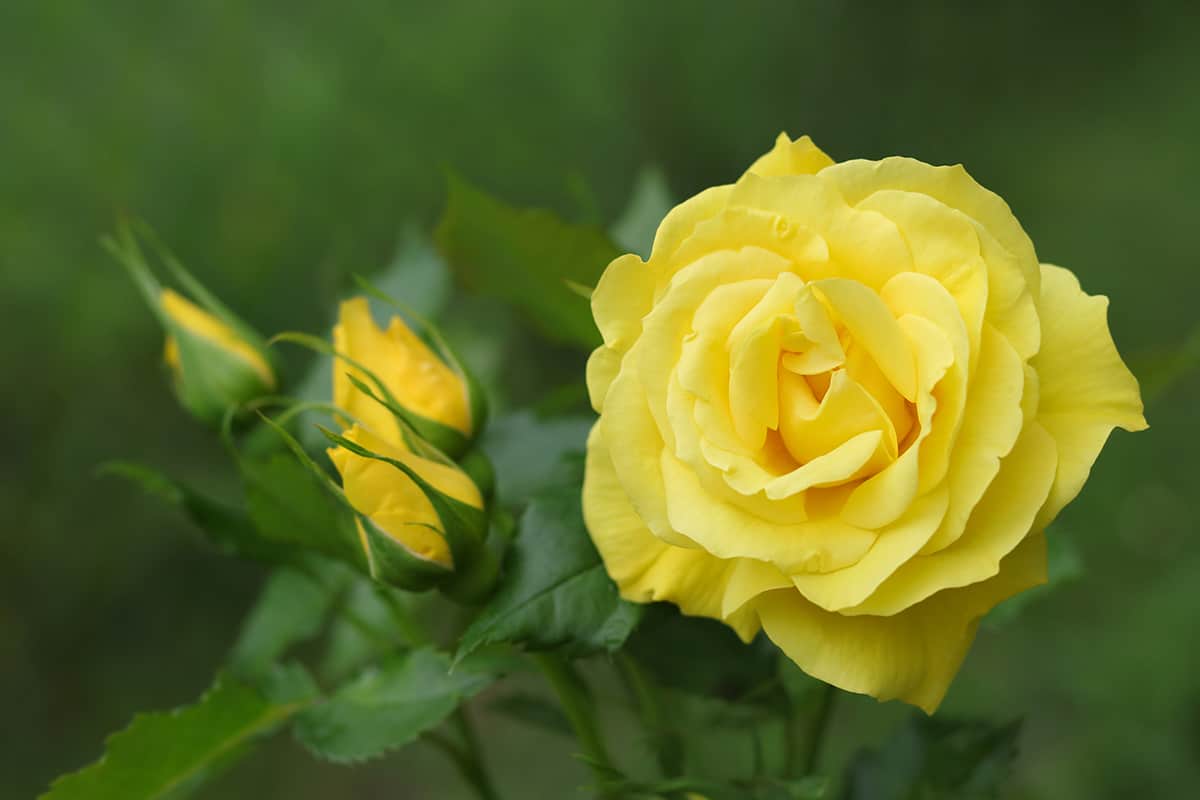 Roses are one of the more romantic flowers in general, but there are also options among roses that are associated with platonic kindness. As described in rose dream symbolism, yellow roses represent friendship and caring. 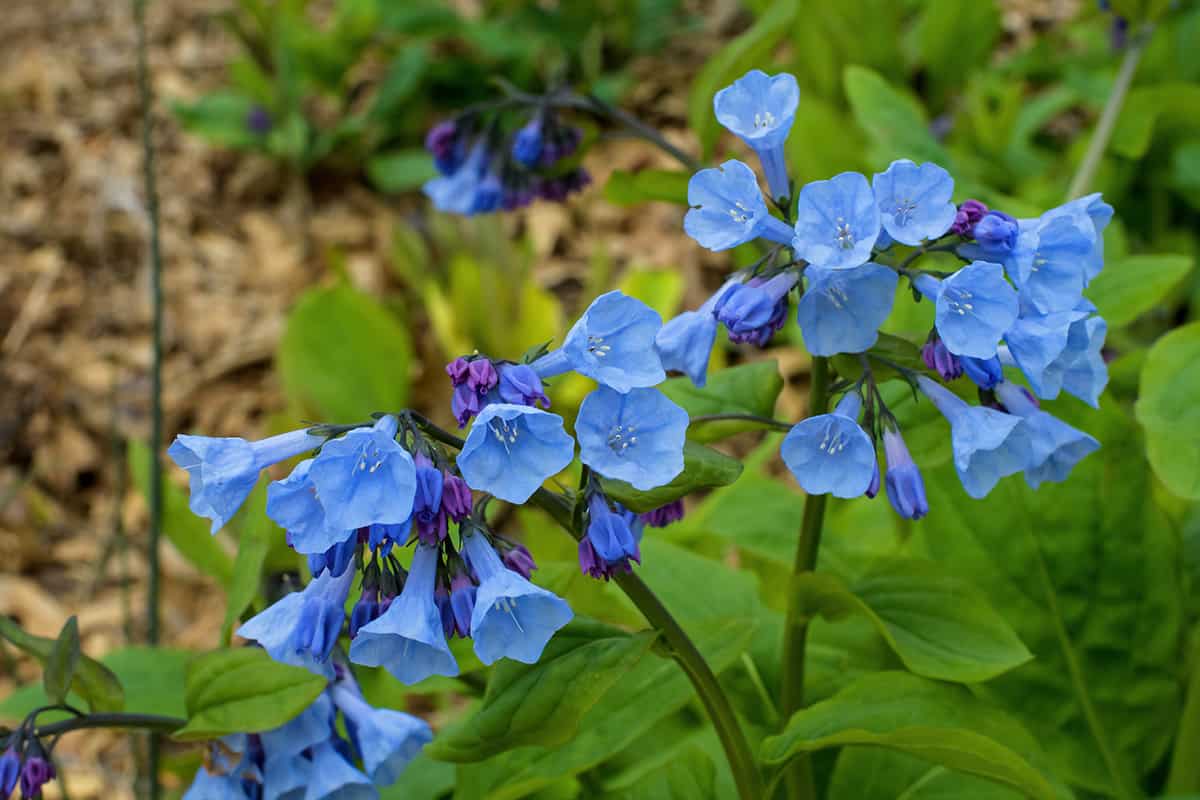 Bluebells are also associated with kindness. Pansy Maiden points out that bluebells come in different colors, and this association is especially strong for blue bluebells. 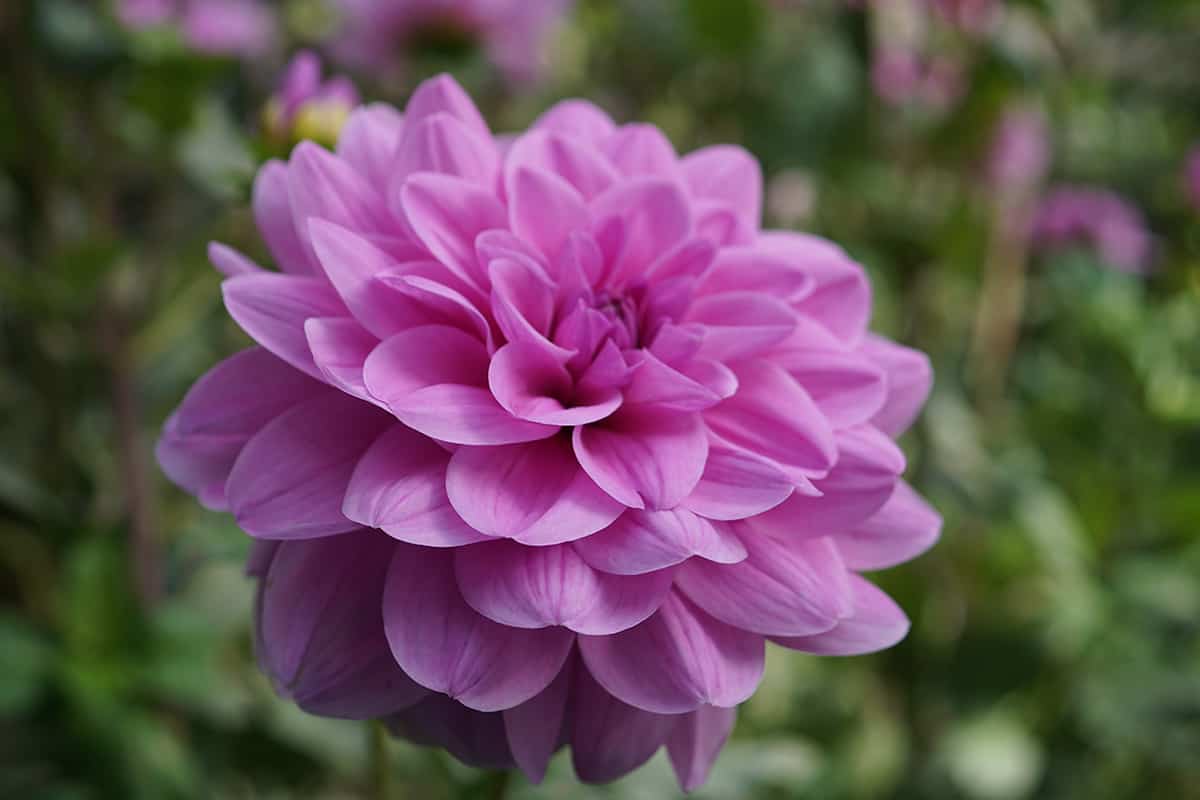 Petal Republic reports that kindness is one of the associations for all dahlia flowers. However, this association is the strongest for pink and purple dahlias.

The Growing Kindness Project, which helps people grow and share flowers in their communities, focuses on distributing dahlia tubers to gardeners. The project explains, “A single dahlia tuber can produce dozens of blooms all summer and then handfuls of new tubers for the next season. In the same way, one small act of kindness has the power to multiply and grow beyond our expectation or understanding.” 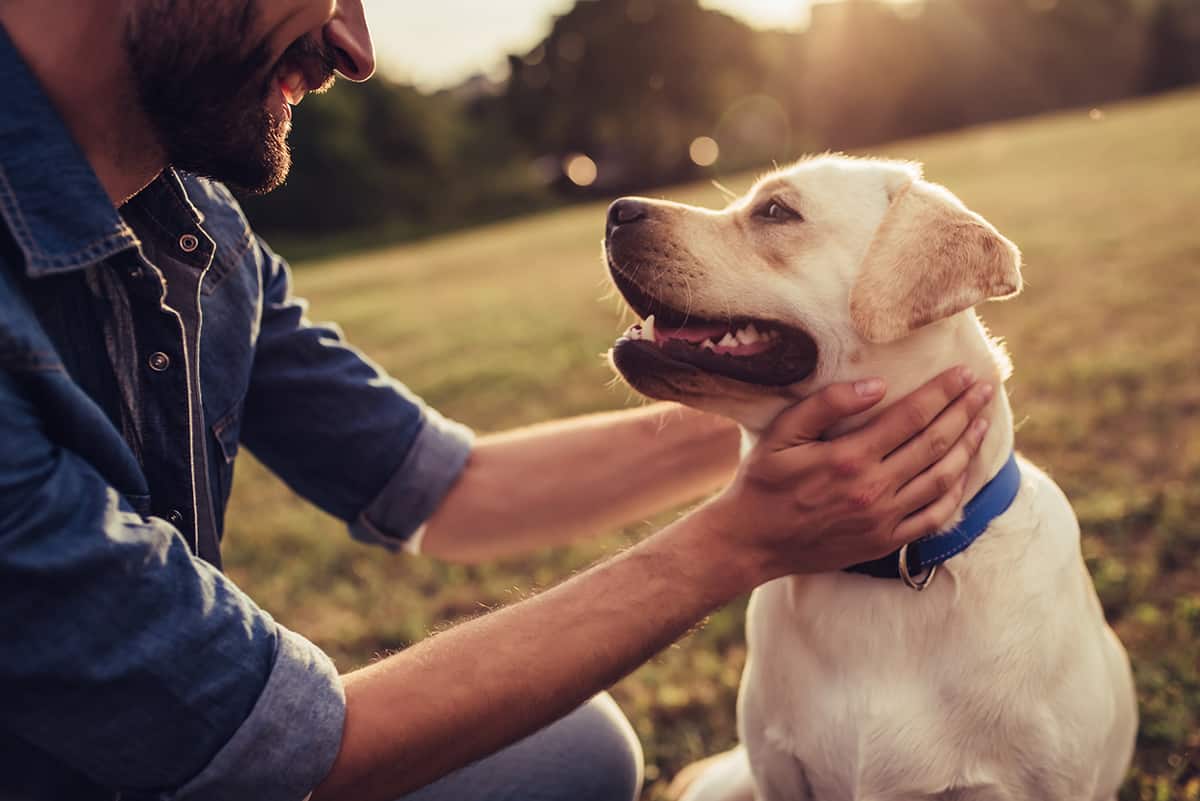 Dogs have a reputation for giving their humans unconditional love. This often makes them a symbol of kindness, although there are variations by breed. For example, golden retrievers are regarded as especially sweet and loyal.

Many dogs, especially trained therapy dogs, relate to humans without judgment. This can be the type of kindness a person needs to receive in a difficult situation. See also dog dream symbolism.

A bodhisattva is someone who dedicates their life to compassion toward other beings. The details of how this plays out differ between branches of Buddhism. However, it is common for a bodhisattva to be depicted as a figure seated in meditation, as noted at Mindworks.

The Conversation notes that “those on the bodhisattva path would regard the suffering of others as if it were their own and would offer help to others as if helping oneself.” 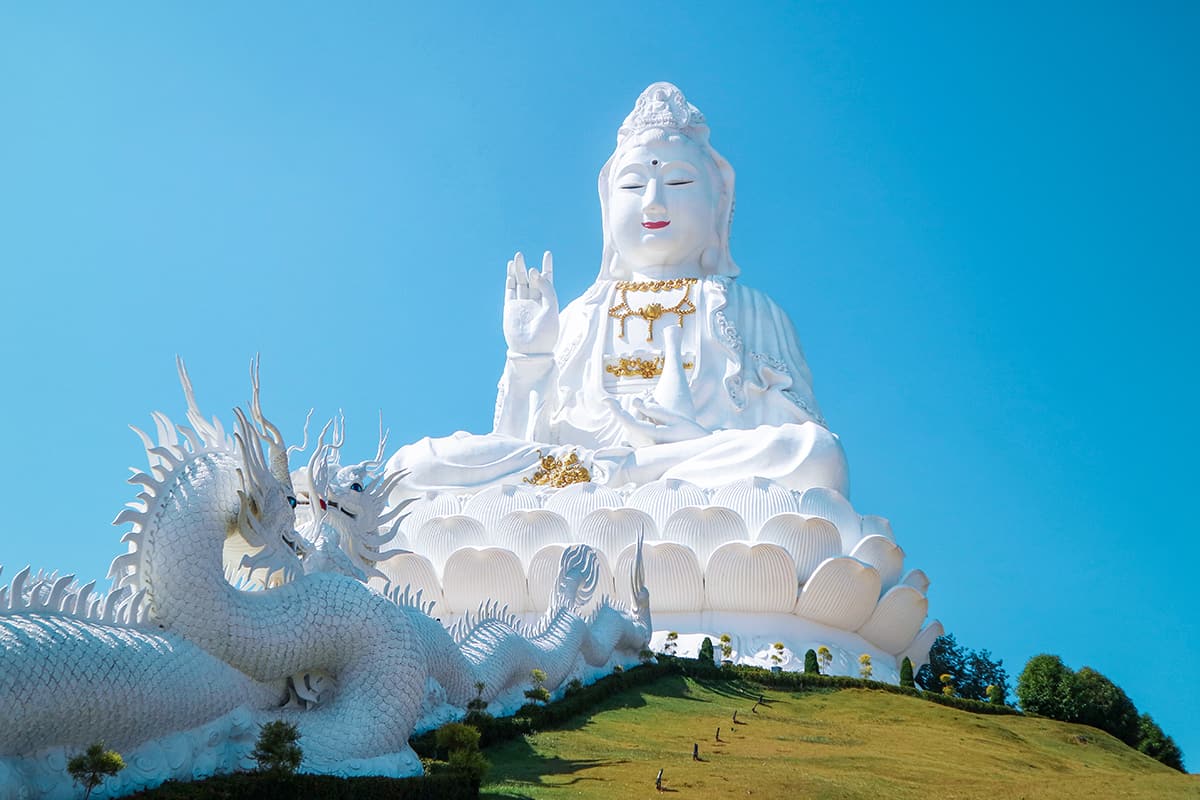 One famous example of a bodhisattva is Guanyin, the bodhisattva of compassion. Kevin D. Pham, writing for The Metropolitan Museum of Art, points out that artistic representations of Guanyin made in China during the Middle Ages have a lot in common with artwork of the Virgin Mary made in Europe during the same time period, even though contact between the two cultures was limited at that time. While Guanyin was originally depicted as male or gender-neutral, Guanyin came to appear as a maternal figure during this period in China.

Some of the most well-known Buddhist symbols are the Eight Auspicious Symbols. These are also found in Hindu art. 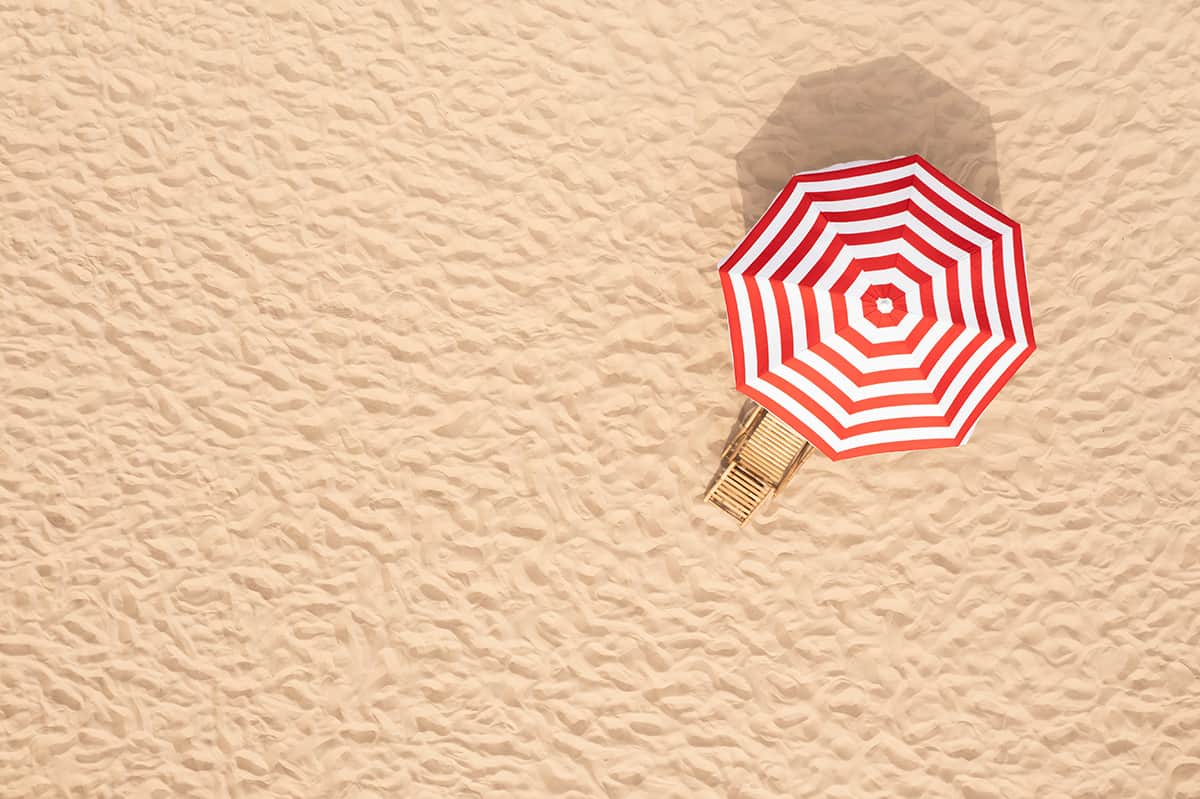 Parasols are often used to protect people from the heat of the sun. Symbolically, the parasol therefore represents protecting people from suffering. Buddhist Information notes that it specifically guards against “the heat of suffering, desire, obstacles, illness and harmful forces.” The parasol can also symbolize royalty.

For a real-world example of the kind protection offered by parasols, the photograph “Monsoon Humanity” by Ata Adnan depicts a bicyclist pulling a carriage in rainy weather, while the carriage’s passenger holds an umbrella over the bicyclist’s head. This photograph was a finalist in the Envision Kindness 2017 “Our World is Kind” Photography Contest. 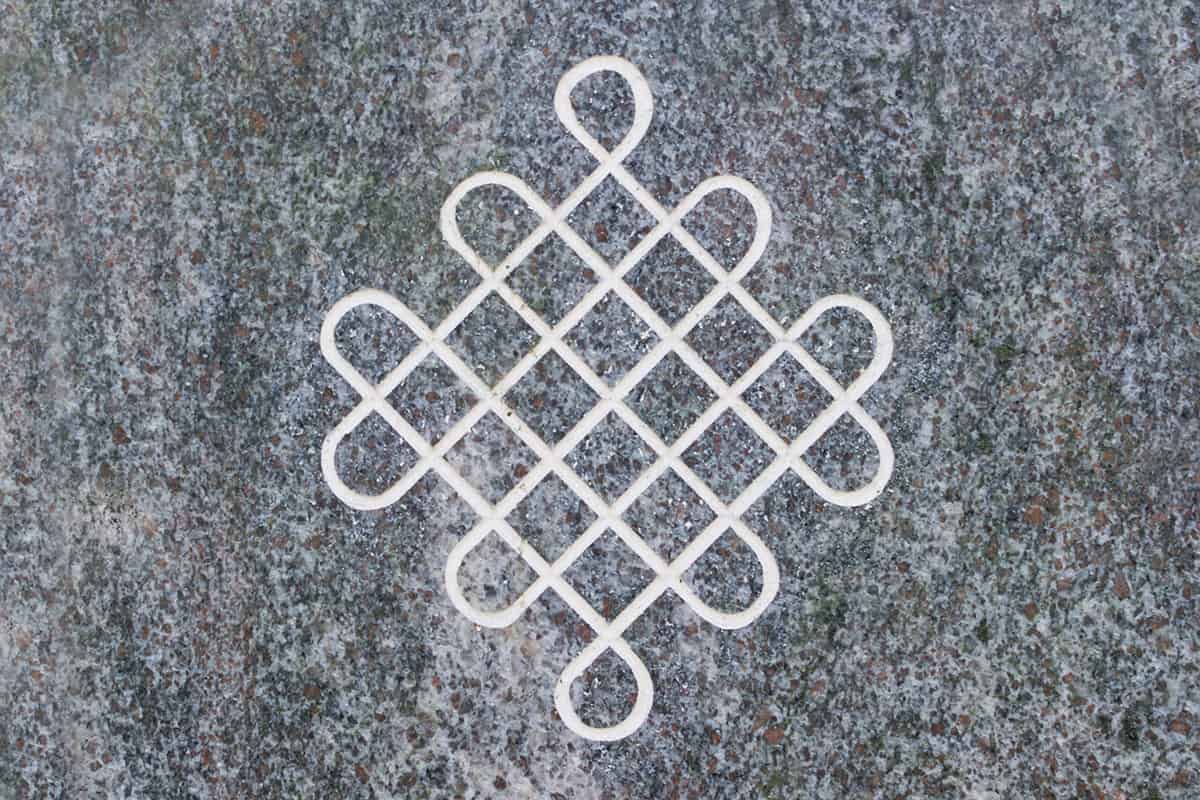 The eternal knot, sometimes referred to as the endless knot, can be seen as a symbol of compassion in that it represents the Buddha’s endless wisdom and compassion, according to Buddhist Information.

Now that you’ve learned a bit about the symbols of kindness, you might be looking for an occasion when you can use them. Fortunately, the World Kindness Movement has established World Kindness Day to be celebrated on November 13 every year.

World Kindness Day, which was first celebrated in 1998, is intended to be marked with activities like random acts of kindness toward both loved ones and strangers. As you perform random acts of kindness, though, be sensitive to the recipient’s comfort — don’t do it in a way that’s all about you looking good.

Being kind is often harder than it seems. While some situations are straightforward enough that a simple handshake or hug will get the message across, other times it is not easy to know what is truly the course of action that will benefit someone else or prevent harm from occurring.

The desire to look good or get attention for your good deeds can creep in when you start thinking about intentionally being kind, and this has the potential to muddy the impact of your actions. Remember that true kindness does not require an audience, and act from your heart.