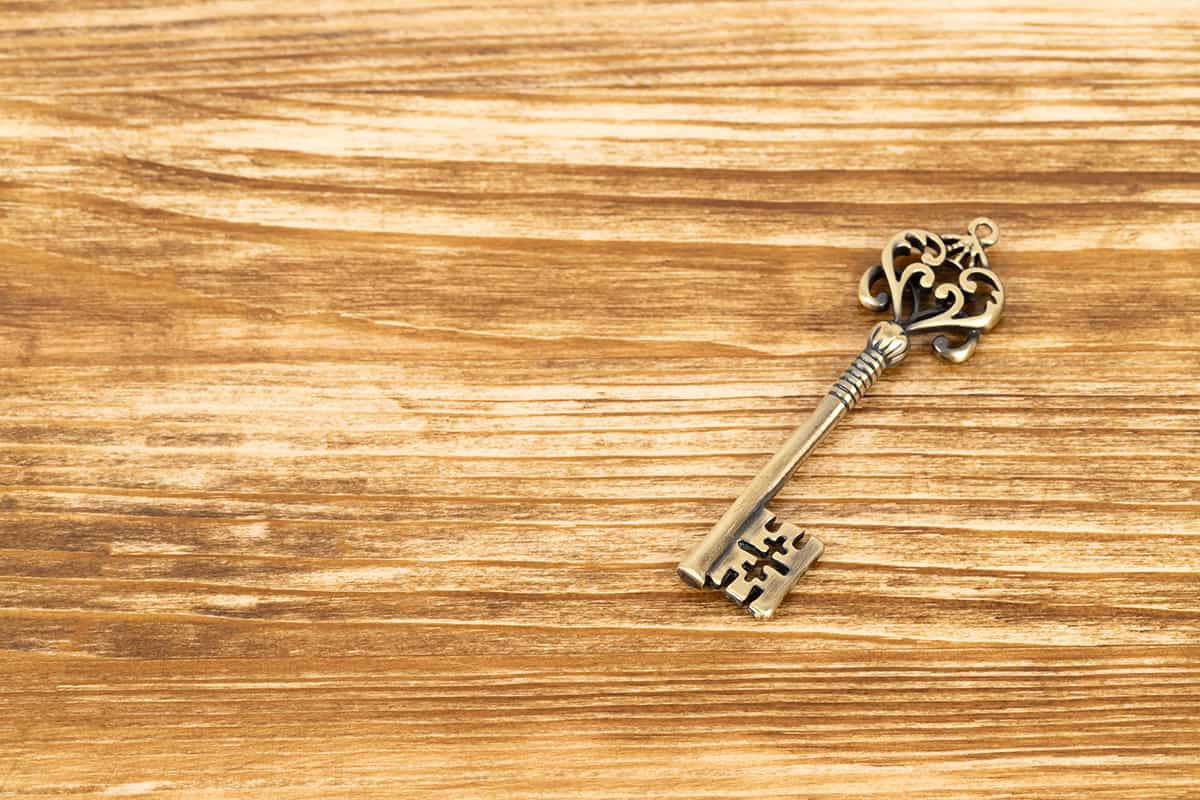 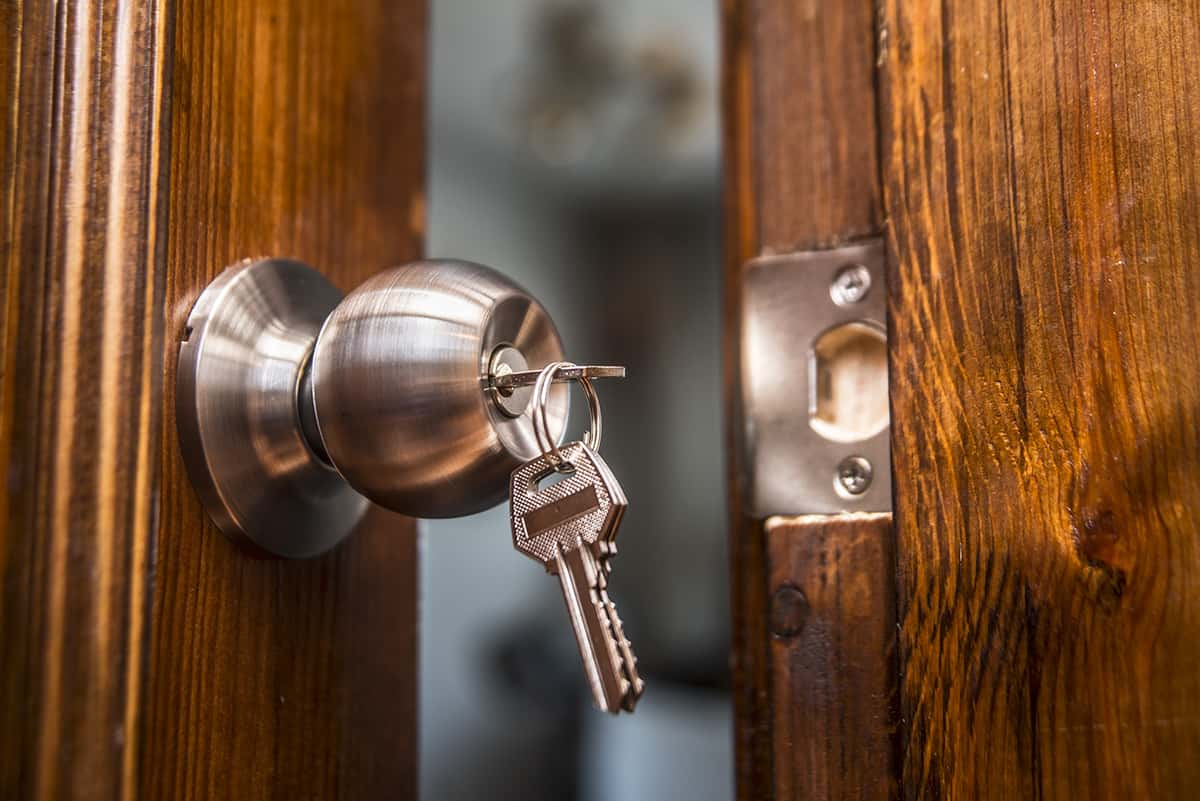 The purpose of a key is to open a lock, so it makes sense to look at lock and key symbolism together. Lock and key symbolism can be very romantic, as it may be used to indicate that your partner has the key to your heart. As typically it takes a particular key to fit a lock, this supports the idea that your lover is specifically the right person for you, and not just anyone will do.

City Wonders reports that the tradition of putting love locks on bridges is said to have started in Hungary as a woman’s way to memorialize her lover, who died during World War I. The practice of couples writing their names on a padlock, locking it to a bridge, and throwing the keys in the river then spread to other cities, especially Paris. This is supposed to symbolize that their love is unbreakable and will last forever.

However, some couples might find it more romantic to hold on to their keys. That way, they’d be able to keep enjoying unlocking each other’s hearts over and over again.

A lock and key could also symbolize forbidden knowledge or just a desire for privacy. The imagery of many computer and Internet security services focuses on locks and keys. Even if there is no physical locking mechanism, just being prompted to think of a lock might help you feel more secure about your digital assets.

A key tattoo could certainly reference the romantic side of lock and key symbolism, but there are other directions it might go in as well. Here are a few possibilities for key tattoos:

However, one thing to be cautious of regarding key tattoos is that they can represent gang involvement in some cases, as discussed at TatRing.

For specific types of keys that have more complicated symbolism, continue reading. 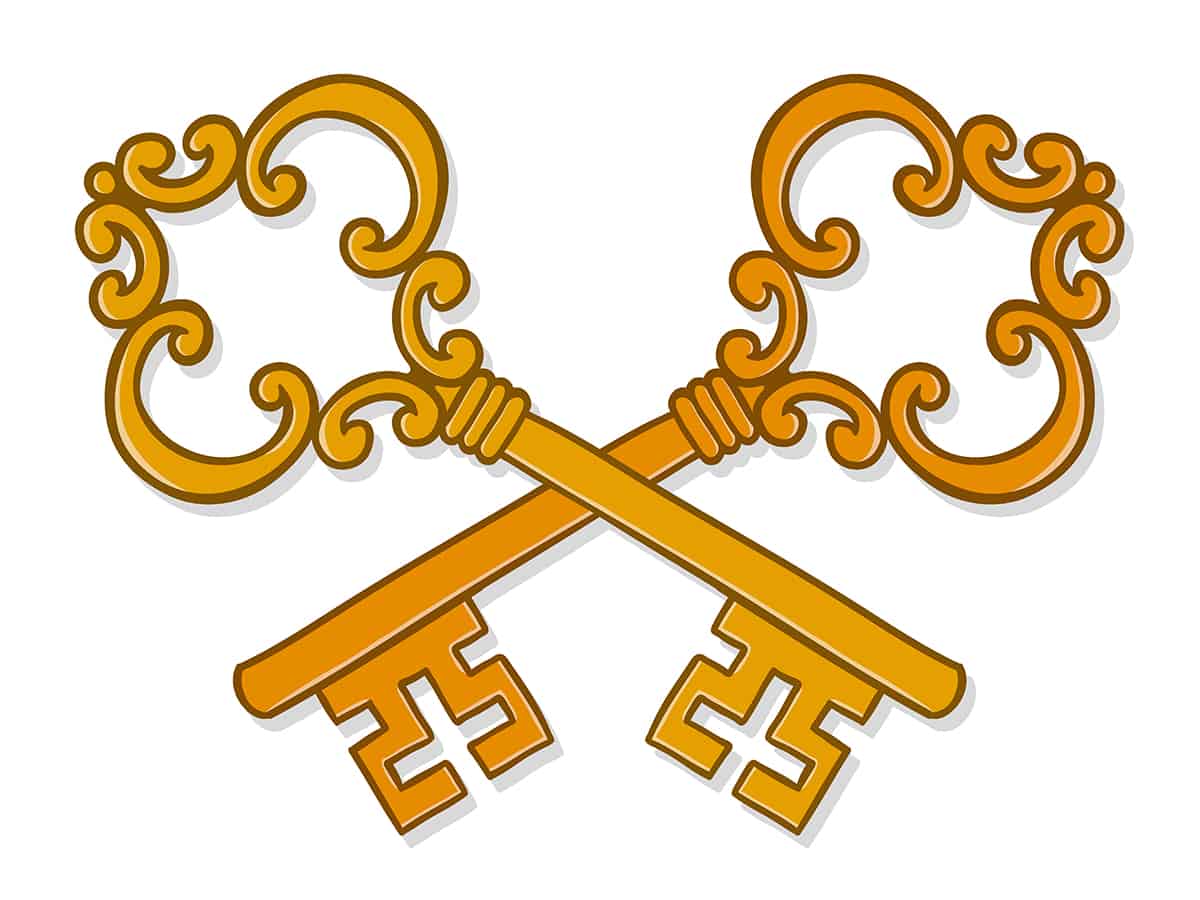 Crossed keys, which are two keys crossed over each other, are found in Catholic symbolism, like on the Vatican Coat of Arms. As explained on WorldAtlas, the crossed keys represent the Keys of Heaven. Catholics believe that Jesus Christ presented the Keys of Heaven to St. Peter, who then passed them down to all subsequent Popes.

On the Vatican Coat of Arms, one of the keys is gold, representing spiritual powers. The other key is silver, representing worldly powers. A golden key’s spiritual meaning would generally refer to this context of being used to unlock Heaven.

Echoing this theme, the layout of St. Peter’s Square in Vatican City is designed to represent a keyhole, as described in Tales of the Rome City. 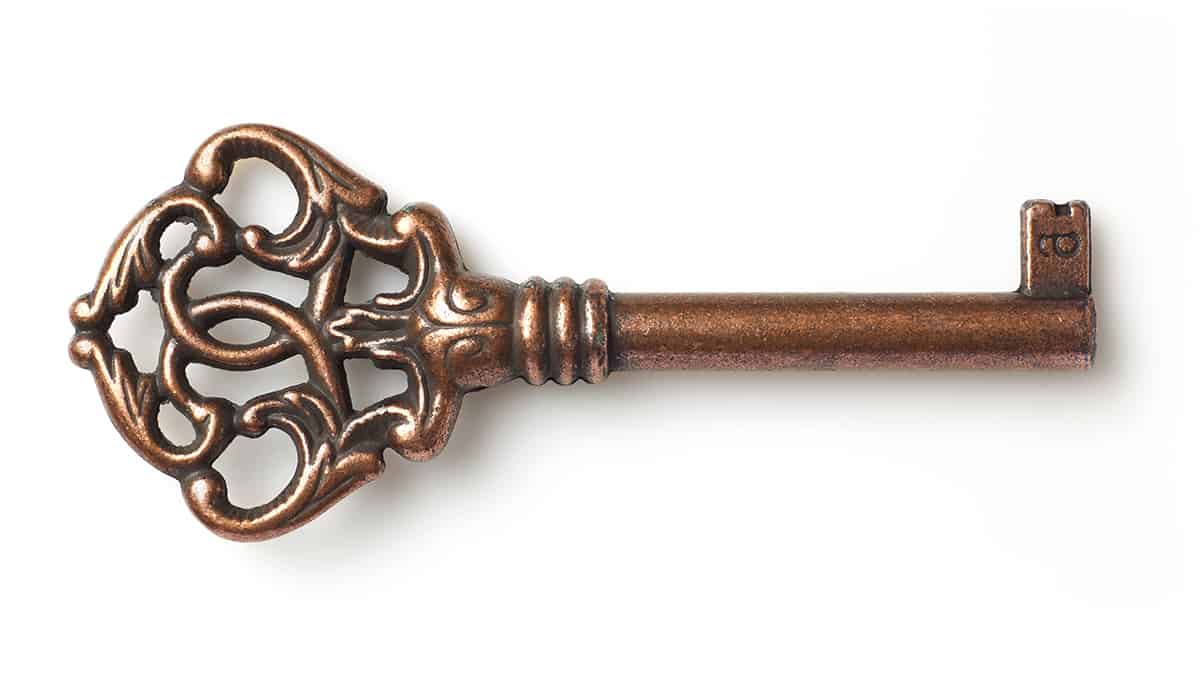 LockpickWorld explains that a skeleton key is a key that is designed to open more than one lock. Usually, it is a key with most of the serrated part ground off — like the bare bones of a key.

Skeleton keys of this sort only work on antique locks. For modern locks, other kinds of lock-picking tools are more appropriate.

However, the idea of being able to open any lock is an important part of the skeleton key meaning. In general, a skeleton key symbolizes the ability to access whatever you wish to attain, according to Anderson Lock.

A skeleton key could be used more specifically to represent devotion to the Greek and Roman goddess Hekate, also spelled Hecate. The blog Keeping Her Keys notes that Hekate has been referred to as Keeper of the Keys, as she governs crossroads and thresholds. Some of Hekate’s current devotees display keys, especially skeleton keys, on their altars or shrines in recognition of this.

For more information on Hekate, see Triple Goddess Symbol Meaning. Covenant of Hekate notes that both Hecate and Hekate are correct spellings that refer to the same goddess: Hekate is closer to the original Greek, and Hecate is the Latin version that came to be used after the Romans adopted many of the Greek gods and goddesses. 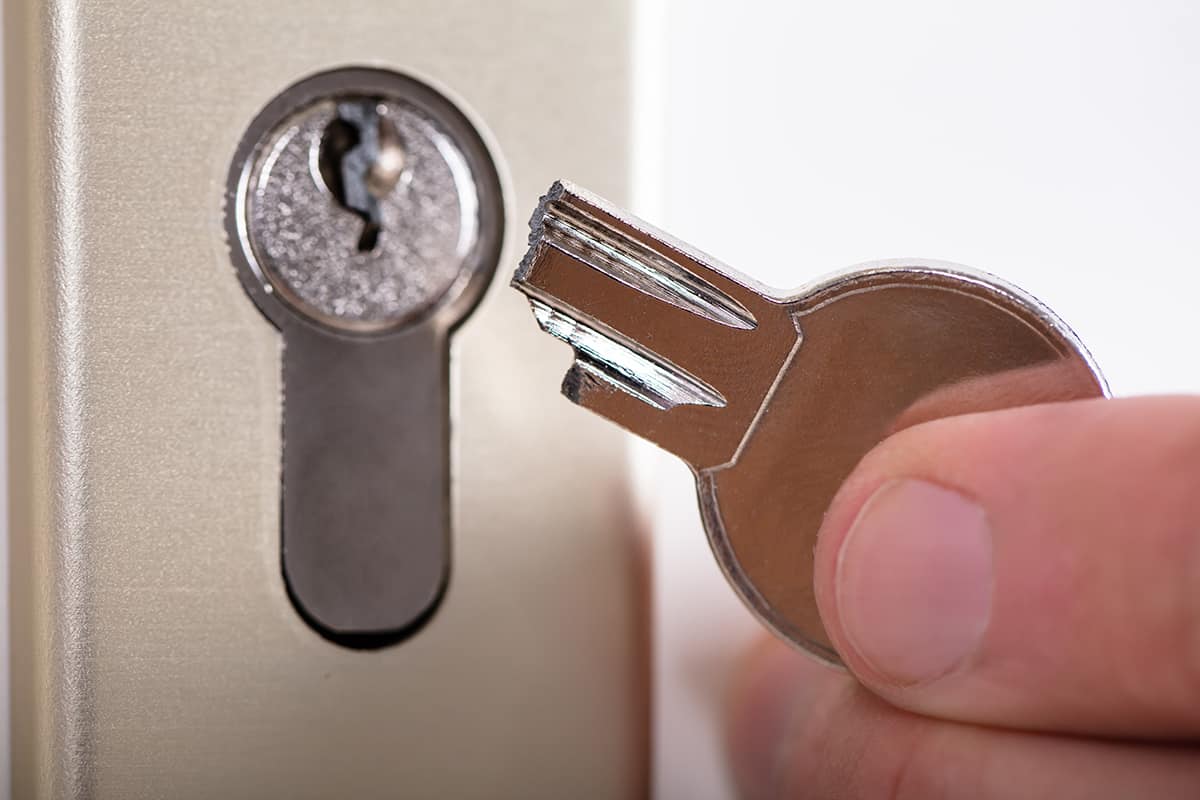 A broken key could be the opposite of a skeleton key that gets you into everything. If a key is broken, it can’t even get you into the one thing it’s supposed to get you into. This may be a sad or frustrating experience.

On the other hand, if you want to shut someone out — like if you gave someone the key to your heart in the past, and then it turned out they weren’t a good fit — a broken key could symbolize freedom from a relationship that was holding you back.

Symbolism of Finding a Key 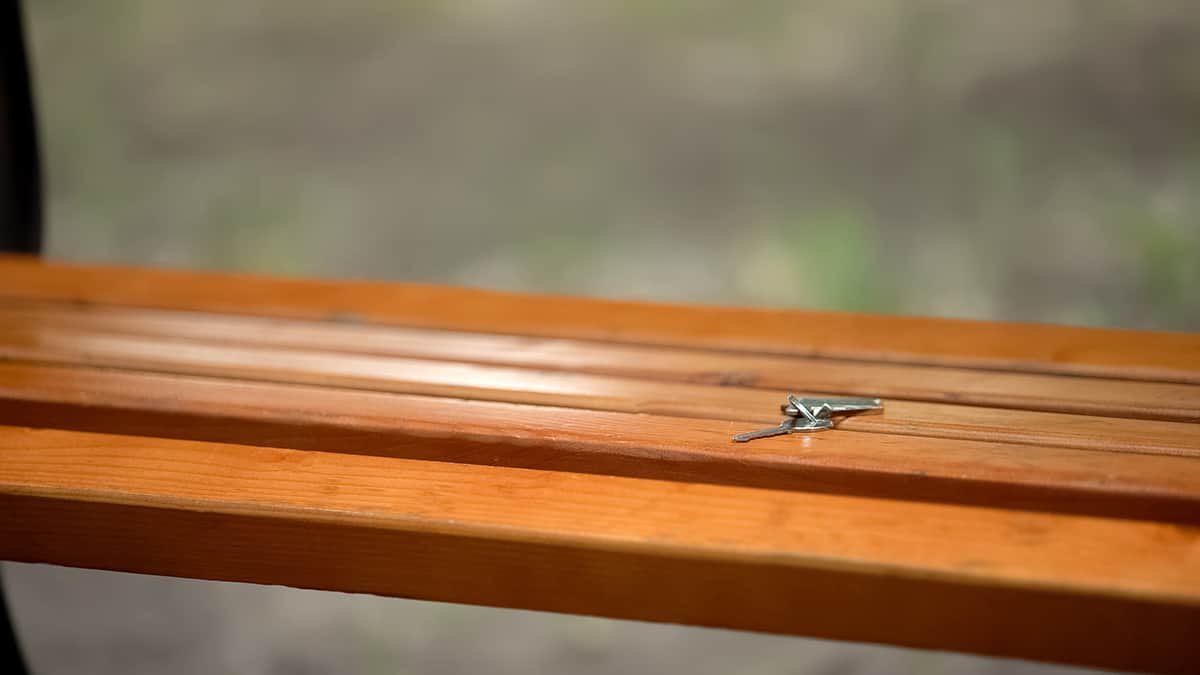 Finding a key that’s not yours while you’re out and about can symbolize mystery, as you may have no idea what the key unlocks. You might feel responsible for trying to get the key back to its rightful owner. If that isn’t possible, though, you could just have to be curious about what the key unlocks, which may be a useful reminder that the world is bigger than you think.

This type of quest could also be important if you’re feeling like a misfit. You might see yourself in the mystery key that would be useful if it were in the right place but just isn’t there at the moment. Finding a mystery key may therefore encourage you to keep looking for the place where you fit in.

Another common place to find mystery keys is in your own home. Though you might know that the key belongs to you, you might forget what it goes to — was it an old bicycle lock, or was it a lock that went on the steering wheel of your car, or is it your spare key to a relative’s house? In this case, finding a mystery key can symbolize that you need to unlock some aspect of your own memory. The key could encourage you to rediscover something important that you’d forgotten about.

It’s hard to think of keys without locks, as locks give keys their purpose. While locks serve as boundaries and restrictions, keys are the desired exceptions to the rules.

Embracing the symbolism of locks and keys can therefore show that you are concerned with getting the right balance between what can and cannot come into a particular place. Whether it’s an abstract location like Heaven or your heart, or a physical space like your house, a key shows that admittance is only for the qualified.