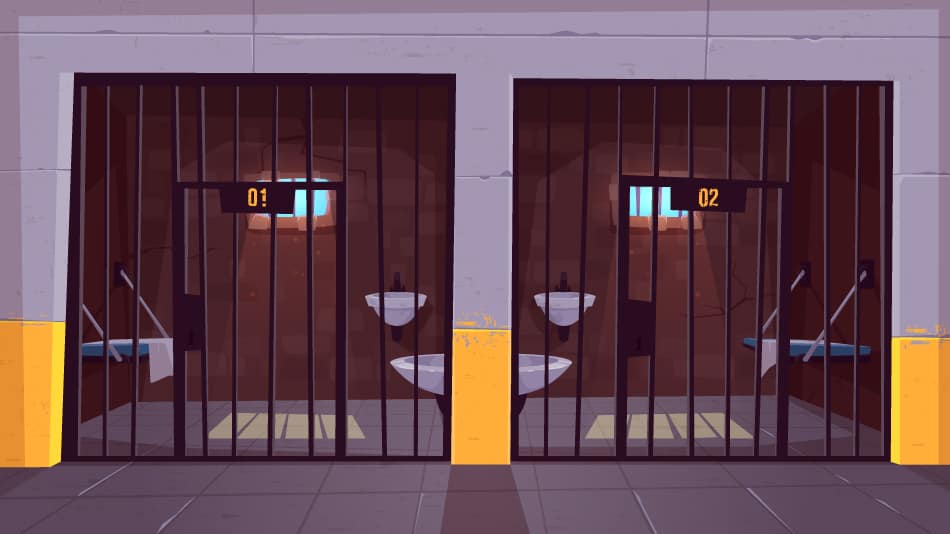 Jail is a complicated topic in the waking world because it is hard to figure out who deserves to be there and for how long. It is society’s imperfect effort to handle the fact that sometimes people do things that hurt others, and it can be a challenge to deliver justice without causing more hurt in the process.

If you dream of jail or prison, interpreting your jail dream will depend substantially on whether or not you feel you were guilty as charged.

Dreaming of jail can symbolize that you feel restricted or oppressed by people or circumstances in your life, especially if you feel that you do not deserve to be in jail in the dream.

If you feel that you do deserve to be in jail in your dream, however, your jail dream can symbolize that you feel guilty about something that you have done. You may be afraid of being punished, but you may also be looking for an external punishment that would relieve your internal feelings of guilt.

Merriam-Webster clarifies that a jail is usually run by a local government for people awaiting trial or convicted of minor crimes, while a prison is for people convicted of serious crimes. The words are often used interchangeably in popular culture, though. 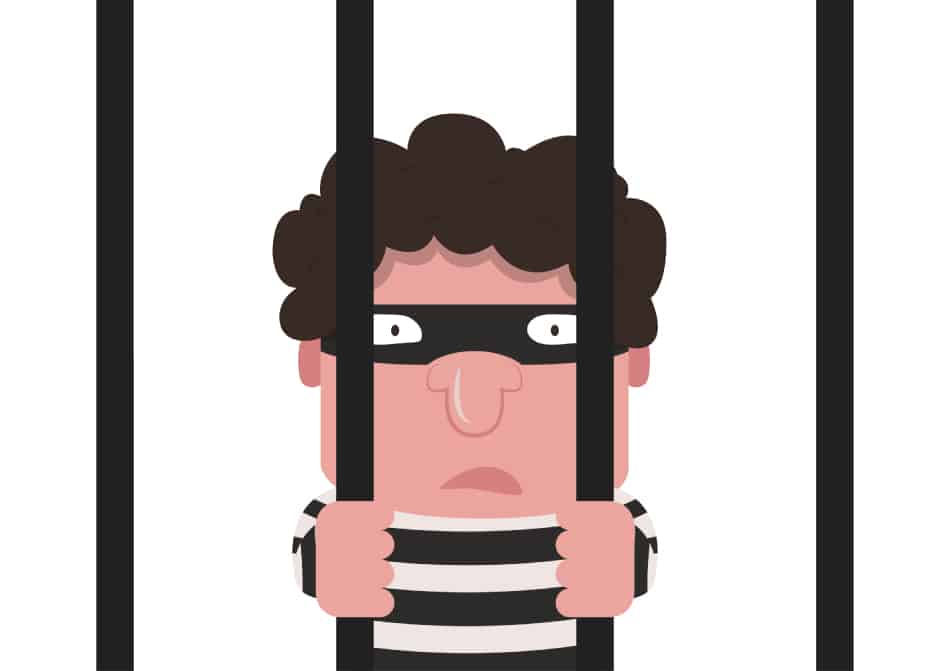 Dreams about prison can symbolize that you feel restricted in your life. It may be necessary, however, for you to reflect on how objectively harmful those restrictions are to you.

In discussions of the archetype of the puer aeternus, the eternal youth, it often comes up that people entangled with this archetype are more afraid of jail than of death. The idea of being restricted in any way is just intolerable for such people, and they seem to find life full of restrictions.

When these people obtain their desired situation of being free to do absolutely anything they want, however, they may not actually accomplish a whole lot.

The saying, “If you want something done, ask a busy person,” serves as a counterpoint to this aspect of the puer aeternus archetype. Sometimes people are able to accomplish more when they have limitations on their time or resources, and your prison dream could similarly be associated with a situation where you have taken on limitations, such as a demanding school program, that are helping you achieve something greater than you otherwise would.

A prison dream could symbolize a situation where you are frustrated because things are not happening for you as quickly as you think they should be. In prison, however, people have a lot of time on their hands to think about what they’ve done, so maybe your prison dream symbolizes that you will benefit from time spent reflecting, even if results come more slowly than you would prefer.

A dream of going to jail can symbolize that you feel guilty for something you have done. You may be afraid that you will be punished, especially if you are trying to avoid going to jail in the dream.

In some cases, however, you might find it a relief for guilt you are carrying privately to be dealt with openly. In this case, your dream of going to jail might symbolize your wish for the truth to come out. Even if this results in you being punished, the punishment from others might at least have limits that your own sense of guilt does not.

In some situations, people are sent to jail for reasons that are unfair, and they are treated inhumanely while they are there. A dream of being in jail under circumstances of this sort could symbolize that you feel seriously mistreated by others in your life. 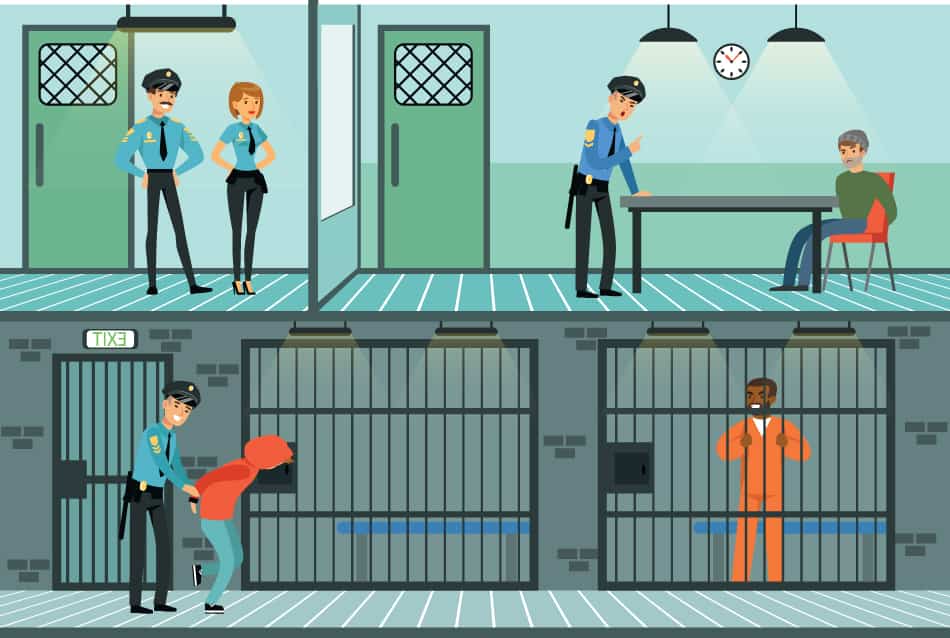 Some media portrayals of prisoners emphasize camaraderie between prisoners. Your dream of seeing prisoners together could therefore symbolize that you are at least able to find companionship in a difficult situation, like with your co-workers in a dysfunctional workplace or in a support group for people with your medical condition.

Dream of being convicted

If you dream of being convicted of a crime and sentenced to jail, the interpretation could hinge on whether you think you actually committed the crime. If you are protesting the whole way that you were convicted unjustly, this dream might symbolize that you feel like people in your life are picking on you unfairly.

If you feel like there was at least a grain of truth to the conviction, however, your dream of being convicted could symbolize that you feel guilty about something you have done. In this situation, you might be looking for an experience of relief like being caught and convicted, because then your problem would at least be out in the open instead of weighing on you privately.

Dream of being in jail and escaping 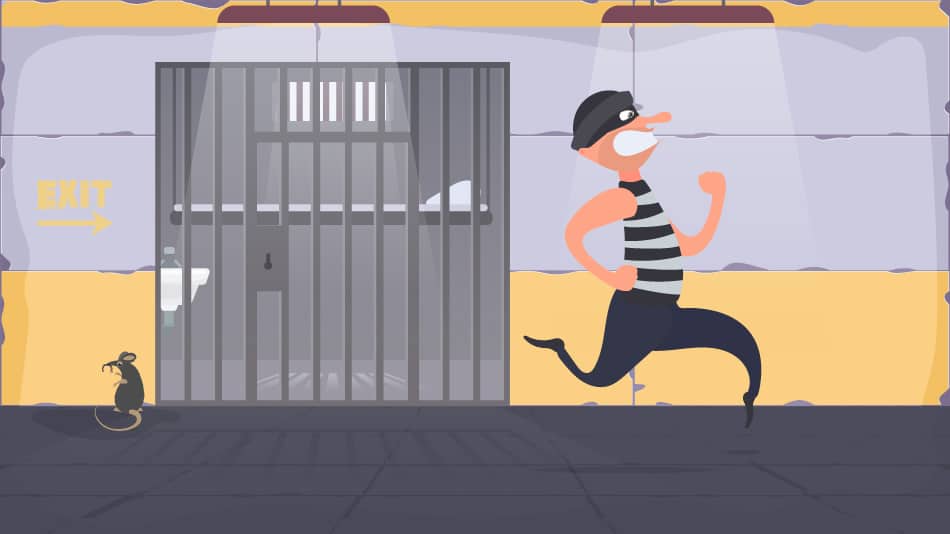 Dreams about being in jail and escaping could certainly symbolize that you are trying to get out of a difficult situation in your life. The interpretation of dreams about escaping captivity could again hinge on whether you think the captivity was deserved.

Sometimes judicial systems make mistakes resulting in people getting imprisoned when they should not be. Other times, the law is followed correctly, but there is something unfair or inhumane about the law itself.

In such a situation, your dream of escaping from jail could symbolize standing up for yourself and protecting yourself from others who are abusing you.

In a best-case scenario, however, a prison system keeps order in society and actually protects the person who committed the crime from the vindictive rage of vigilante justice by assigning a sentence of a particular length for a particular harm that the person caused to others.

You might therefore have to take an honest look at whether there is a legitimate reason why you are in jail in the dream. In this context, a jail sentence in your dream could symbolize not just punishment for a crime; it could also refer to some obligation you have committed to, like an academic program of several years’ duration.

Dreaming of escaping from jail could symbolize that you are trying to get out of some unpleasant commitment before the time is right for you to do so. As appealing as escape may be, you have to think about whether getting out now would make things worse for you or others involved.

In more ambiguous situations, however, it might be important to remember the saying that the punishment should fit the crime. If you can acknowledge that you made some mistakes, but the punishment is still way out of proportion to whatever you did, maybe escape is justified.

Dream of helping someone else escape from jail

Interpreting a dream about someone going to jail other than yourself also requires looking at why they are going to jail. If you have a dream of helping someone escape from jail, this dream could potentially speak to a dynamic of codependency if you are bailing the other person out of a punishment that is the deserved consequence of their actions.

If the other person was imprisoned unjustly, however, your dream of helping them escape could symbolize that you have the courage to help someone else who is struggling with a difficult situation. Especially if you help them from outside the jail in the dream, this could symbolize that you provide the other person with a valuable perspective just by being somewhat removed from whatever issue is overwhelming them.

If you help someone escape from jail from the inside, like if you are a guard or other worker at the jail, this could symbolize that you are using your power and privilege in ways the people who gave it to you might not approve of. Depending on the larger situation, this could make you corrupt, or it could make you a fighter against corruption.

If you are a fellow inmate and stay in jail yourself after the person you helped escapes, this dream could symbolize that you put the well-being of others ahead of your own. You may need to evaluate how well that is working for you.

Dream of being released from jail 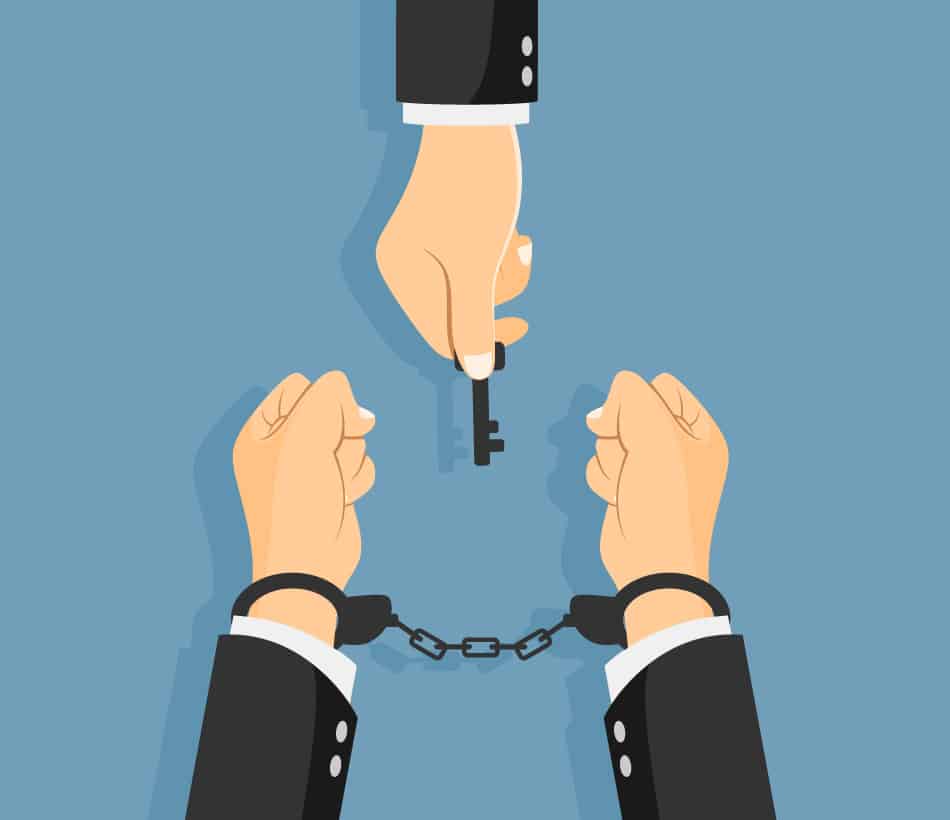 A dream of being released from jail can be an unambiguous statement that you have officially met your obligations in some difficult situation and are now able to move forward with the blessing of everyone involved.

For people who are released from jail in waking life, however, re-entering the free world is not always easy. Relationships and trends could have changed while they were away, and they may struggle to find a new job and a new place to live.

A dream of being released from jail could similarly symbolize a situation where you are happy about having increased freedom but are having trouble adjusting to it.

A jail dream often speaks to the presence of limits in life. Whether or not you feel that the limits are fair or deserved, you may need to learn to work with them constructively.