A hug is a universal human gesture of affection, compassion, closeness, and love – for better or worse. Even more, hugging is beyond just a gesture – it is an evolutionary instant bonding tool. Being hugged or hugging decreases stress hormone levels, raises self-esteem, and decreases appetite.

But what about dream hugs? Surely, you’ve sometimes dreamed that you hugged somebody or that somebody hugged you. But does it have any deeper meaning?

It turns out that it does. As with many other themes, the exact interpretation of these dreams depends on the context, people included, and your feelings while it lasts.

Let’s explore all the various meanings of dream hugs and their point.

Dreaming Of Hugging Someone – Meanings and Interpretations

According to Eve Adamson’s Dream Dictionary from the Complete Idiot’s Guide edition, hugging someone – a real person – in a dream means that you want to support that person, psychologically and emotionally. Also, it can mean that you feel strong affection for someone.

Hugging in a dream can also symbolize forgiveness – meaning that you’ve finally forgiven the person you were hugging, or vice-versa.

If you dream that somebody’s hugging you, Adamson suggests it can mean that you crave basic human connection or even physical touch and that you may wish to be better understood.

I’ll add that dreaming of group hugs in this manner can mean that you feel the need to regain your connection with society or a peer group. Perhaps you feel estranged from your community, and it is making you feel insecure.

Martha Clarke goes a step further in her Big Dream Dictionary, analyzing the emotional content of the dream hug in greater detail.

If the hug is pleasant, it means that you should express your feelings to somebody. Her point goes nicely with my suggestion about passionate hugs that represent repressed affection for someone. In that sense, Clarke also suggests that receiving a romantic dream hug from a friend may indicate low morale. Perhaps you are in love, and you don’t want to accept it because it goes against your norms?

It doesn’t have to be romantic, though – it may be that you have a friend or a relative and that a misunderstanding or a fight came between you. A pleasant dream hug may be trying to tell you that underneath the hurt ego, you still feel a strong bond with that person. However, if the hug feels bad or wrong, you may feel like that person has betrayed you.

Dreaming Of Hugging Your Parents

If your father hugs you in a dream (be it your birth father or an imaginary one), Martha suggests that it means that you have accepted yourself as you are or that you have achieved the recognition you’ve worked on. A father figure in dreams is often connected to values such as recognition, reputation, pride, and self-respect.

Similarly, seeking an embrace – especially from a female figure such as a mother or a grandmother – can mean that you are searching for or craving love and protection.

Random or non-real male and female dream figures older than you are also representations of Father and Mother. If you dream of hugging a man, you may feel the need to reconnect with your father or that you have achieved the values described above.

Likewise, if you dream of hugging a woman – and especially if you are receiving a hug – it may reflect your need for soothing, comfort, or connecting with your real mother.

However, Clarke stresses that, in her interpretation, hugging in dreams doesn’t always have a positive connotation. Which way it goes depends on your feelings during these dreams. Up until this point, we only considered the pleasant hugs – but they can feel unpleasant as well.

An unpleasant hug in a dream can reflect insecurity or the lack of sincerity in a relationship with a particular person or the institution it symbolizes. This interpretation goes along with the notion present in Christian tradition – that a hug can be insincere and can be an act of betrayal, like Judas embraced Jesus in the moment of his final treason.

Dream of Hugging Someone Who Died 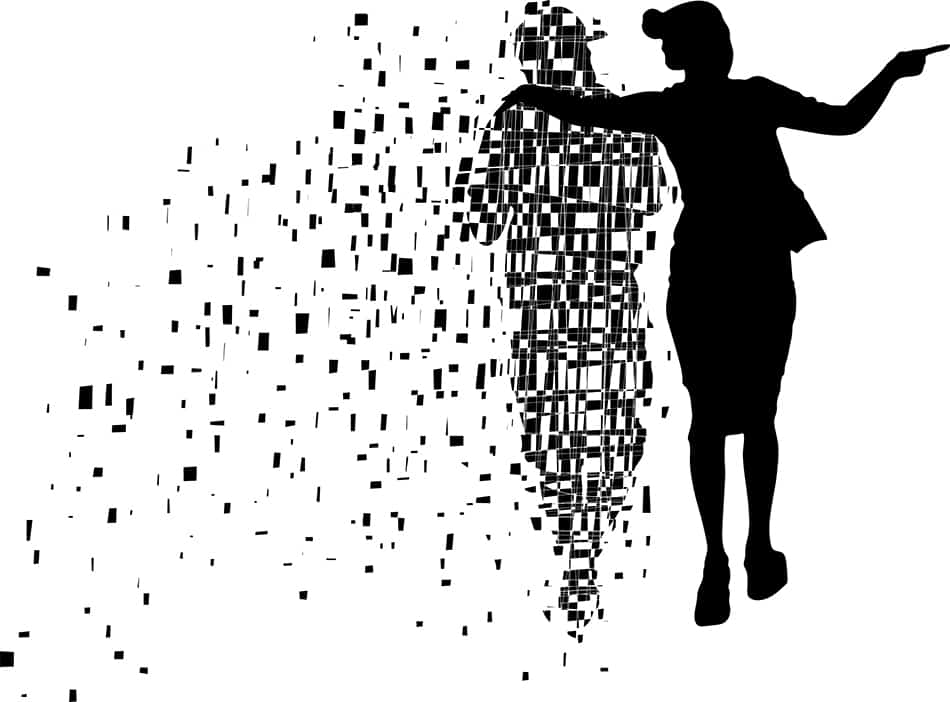 Without much further explanation, Clarke suggests that dreaming of hugging a deceased person means bad news.

I don’t necessarily agree. Although Clarke’s explanation certainly reflects some traditional beliefs in dream interpretation, I think that modern-day dream interpretation can yield some better, more precise answers to sensitive dream content such as this.

Here is why I think it’s wrong to believe that dreaming of hugging a dead person can mean something disastrous.

First of all, I’m not a fan of the whole “ominous dream” category. Sure, one can have dreams that predict bad events – C.G. Jung has developed this through his idea of the interconnected, shared Unconscious and has had dreams preceding terrible events himself.

However, these dreams are a lot more complex and very rich in different symbols. I deeply believe that one single dream image, taken out of context, can’t be a predictor of bad events or news.

Such is the case with hugging somebody who has passed in your dreams. People don’t just dream of hugging random deceased individuals they’ve seen in obituaries. The person you are hugging in your dream is key to the right interpretation.

I will illustrate the point I made above by using a case study – dreams of a good friend of mine. Some years ago, she came to me distressed with intricate recurring dreams of her deceased friend.

This friend of mine – let’s call her Valerie – had a best friend from school – let’s call him Pete. He died a violent death at a young age, in his early 20s. Pete had taken a wrong path in life and was eventually killed by a criminal gang. In real life, their closeness and camaraderie abruptly ended the moment he started hanging out with the wrong crowd near the end of their elementary schooling. She didn’t approve of it and wanted to have nothing to do with his new lifestyle, so they parted ways.

Although they haven’t communicated or seen each other in years after Pete died, she has experienced waves of sadness, crying spells, grief, and remorse, and it continued for months. She processed his death during my waking hours by using compassionate rationalization and mindfulness techniques. However, it turned out that the dream realm offered much long-term relief – although it all felt very distressing at the time because the dreams kept Pete in her mind during her waking hours as well.

In the first six months after his death, she dreamed of Pete constantly. In those dreams Valerie and him were kids again, usually in the school setting. At some point in the dream, they would hug. At times, Pete was crying, and her dream self was comforting him. Those are the dreams that have caused her most distress, especially since he was a very unfortunate soul during his Earthly days.

Years later, Valerie did eventually experience a series of misfortunate events related to a loved one; however, these were preceded by much more “customized,” symbolic dreams featuring that person, filled with a clear feeling of dread (and no hugs involved). Their misfortune (that luckily had a happy ending) had absolutely nothing to do with the fact she dreamed of hugging deceased person years back.

Dreaming Of Hugging My Ex 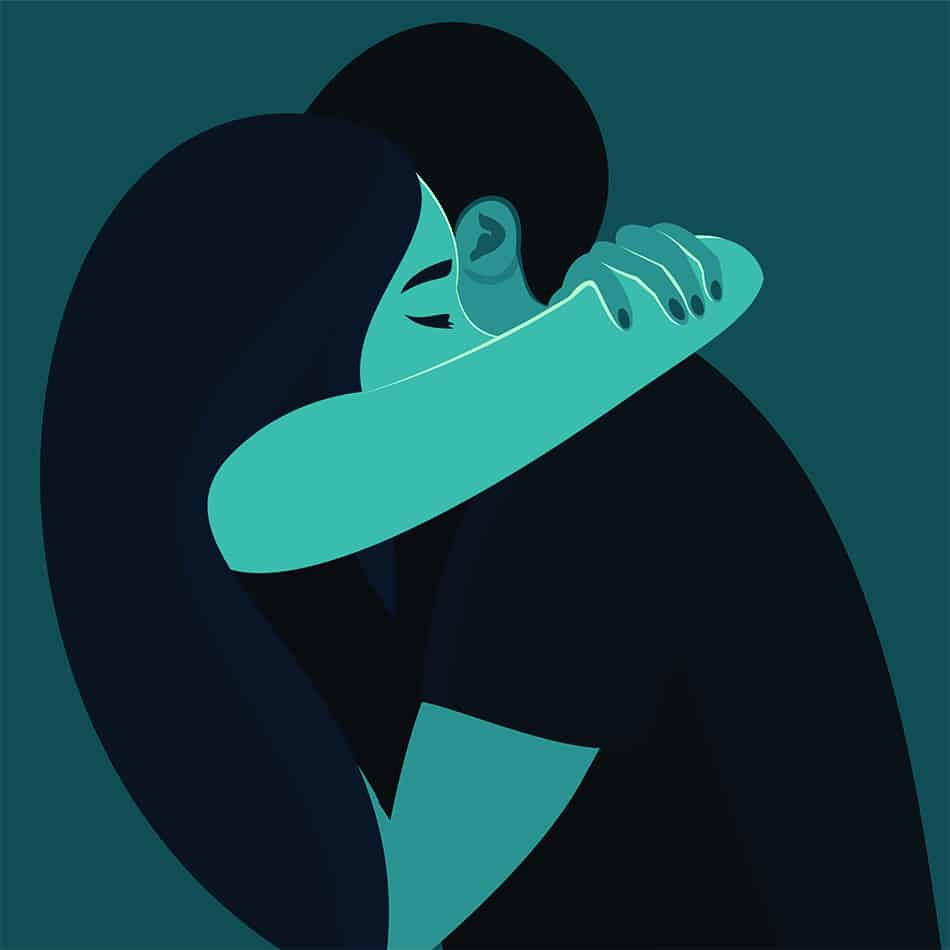 People often dream of hugging an ex-partner. Although this may surprise you, many of the points made in my Valerie and Pete case study above can be applied to these types of dreams.

While your ex doesn’t have to be deceased, your romantic relationship probably is “dead.” Whether it was a good relationship or not, there might be some grief involved, and the dream hugs can help you work through it.

If the hug with your ex feels like a relief, that is precisely the sign of integration and acceptance – of both your partner and your relationship.

If the hug feels awkward or negative on the other hand, it can be a sign of forgotten or suppressed feelings from your relationship. Letting these emotions surface and acknowledging them is a way of working through that emotional charge so you can peacefully leave it in your past.

However, a dream of hugging your ex doesn’t have to be about him or her or about your relationship at all!

Instead, your ex might represent a part of yourself – the person you were in the period when you two were together or the part of you reflected in your former partner. Either way, through this dream hug (which can be accompanied by kissing too), you may be trying to reconnect with that part of yourself.

For example, if your ex is a creative, artistic person, and you went on to live a more mediocre lifestyle, the dream might be a signal that you need to reconnect with your inner creativity.

We often hug people in our dreams. Who we hug and how we feel while doing it makes all the difference in making the right dream interpretation. These dream hugs can help us integrate our feelings towards certain people – living or dead, or help us reconnect the parts of our personality that the dream figures mirror and represent.

Do you have intricate dreams that include hugging? Let us know in the comments how you feel about them and what you think they stand for.