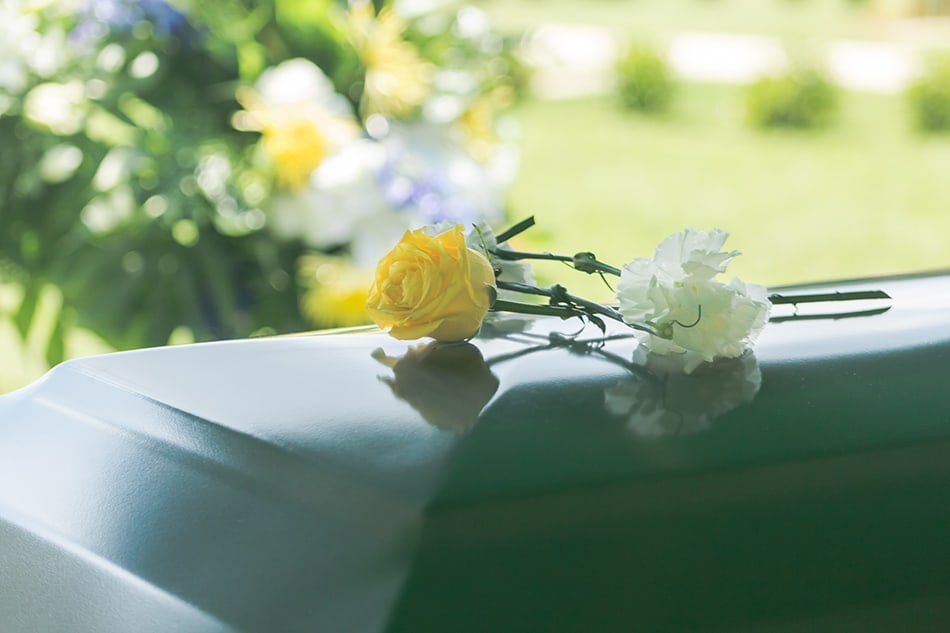 The ceremony of the funeral represents the closure of someone’s life journey, as well as the last opportunity for friends and relatives to say a final goodbye. However, the cultural and personal meanings and interpretations of this ritual vary. From mourning and sadness to the celebration of life, a funeral brings many different feelings to people’s minds.

Considering this, it is no wonder why do people dream about it from time to time, especially when they are trying to cope with some loss, be it the real or a metaphoric one. For this reason, I will try to explain the most common psychological and cultural depictions of a funeral, as well as the most common dreams and interpretations about it. 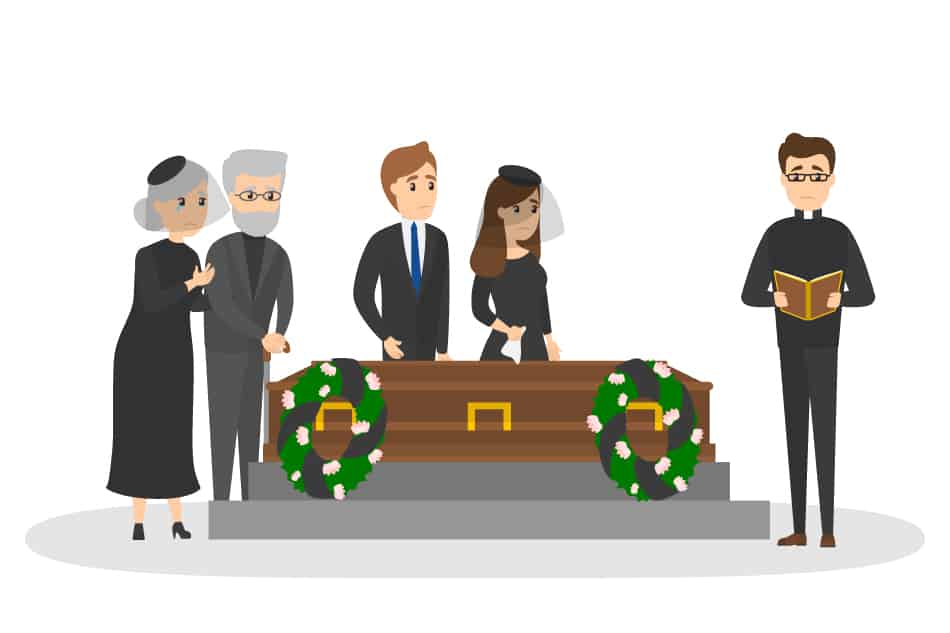 The ceremony and customs of a funeral depend on many factors. Religion, culture, community, and human psychology are the most important among them. The variations can be so enormous that in some cultures, for example, white color is considered to be the symbol of death, while in others, black color plays such a role in funeral ceremonies.

The symbolism that a funeral carries is heavy and important for those personally involved in the process. The factors that participate in making those symbols in most cases are related to the taint of death, remembrance, immortality, as well as sorrow and sympathy for the bereaved. All actions people take during funerals are meant for dealing with those issues in difficult times.

Thus, the most usual interpretations of funeral dreams are related to the fear of death, be it your own death or the death of your loved ones, in the most general sense. However, these interpretations don’t tell that you will experience someone’s death, but rather tell you something about your inner life.

Perhaps this dream is the way your subconscious is trying to cope with the loss you have experienced recently. In this case, consider the funeral dream as part of your grieving process. Also, if someone around you is seriously ill, you may experience the dream of a funeral.

The other common meaning is that your mind is trying to put an end to a situation you have gone through, which doesn’t have anything to do with death. You are trying to come to terms with the end of some process and to let it go.

Additionally, such a dream may represent your own desire to finally end something in your life that doesn’t make you happy, whether it is a relationship or a job. You probably want to move on with your life and to close one of its chapters.

You may be finally ready to get rid of something that did you wrong. Thus, dreaming of a funeral might be the symbol of finishing this destructive phase.

To understand which one of those meanings can be associated with your life mostly, it is important to acknowledge all the details of the dream, its context, but also to be ready to admit to yourself what is going on behind the curtains.

Finally, dreaming of a funeral is never a pleasant experience. If you want to make it easier and understandable, connect with your inner being.

Dream About Your Own Funeral

To dream of attending your own funeral stands for something negative that causes you some problems in waking life. Someone or something isn’t good for you, and your dream is trying to tell you to give it up while it is not too late. Think of people who hurt you or your bad habits that endanger you.

Also, such a dream may signify your readiness to bury all those things that burdened you. You are finally ready to free yourself from anything that torments you, as well as to experience a life-changing transformation.

Finally, this dream can simply be the symbol of something new awaiting you, as the good omen. You can experience good fortune in the near future – this dream is the announcement of it.

Dream About a Funeral Procession 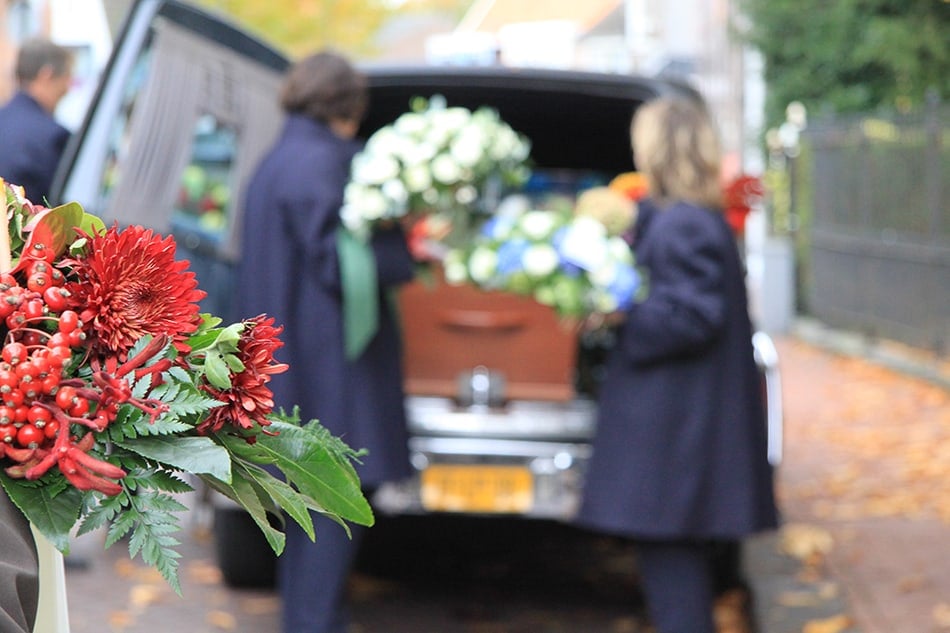 If you had a dream of yourself attending or observing a funeral, it might signify you have the acknowledgment that something in your life has finally ended. You can expect a major change and prepare yourself for it, be it moving abroad or ending a relationship.

There is an interpretation telling that this dream is a bad sign, foretelling the difficult period ahead. Maybe some negative emotions will emerge. You need to release the repressed emotions in order to get over them.

Dream About the Funeral of a Close Person 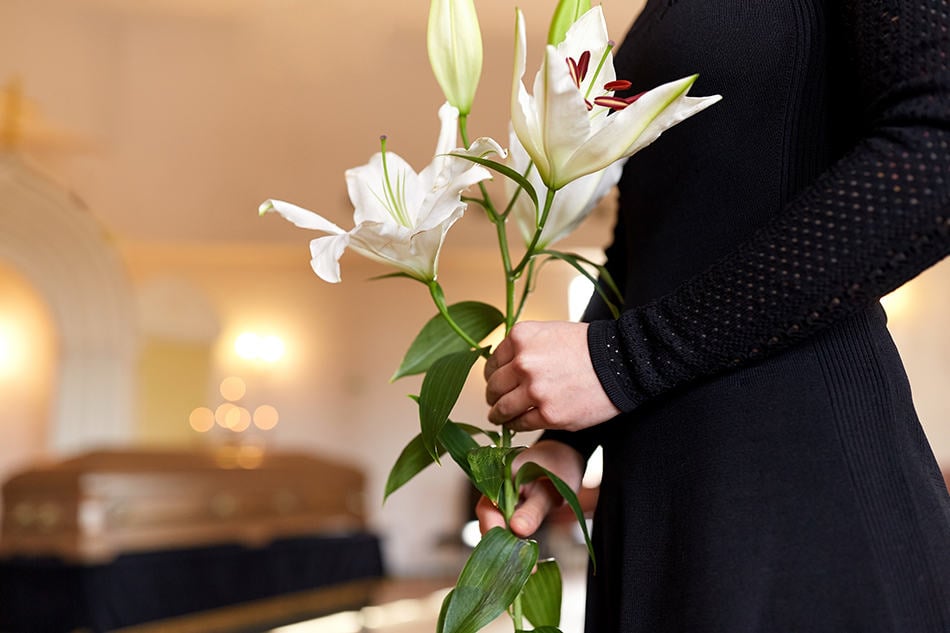 Dreaming of burying the loved one never brings pleasant feelings. Anxiety and stress after waking are well-known for all those who have ever experienced such a dream. However, its interpretations are numerous and don’t always bring worries.

If you dreamed of attending a funeral of an unknown person, it usually indicates you need more space for yourself. Some people or some situations have completed their mission in your life (especially if they have influenced you badly), and now it is time for new acquaintances.

Sometimes this dream may signalize the communication issues you have with someone around you. Try to rethink who that might be in order to improve your relationship.

Funeral, just as death itself, is the regular part of everyone’s life. Even though dreams about it can be quite unpleasant, they are common and important, telling you something about your feelings, relationships, fears, and desires.

If you pay attention to the details of such a dream, it will be much easier for you to interpret it and to get rid of this unpleasant feeling. Instead, try to use it in a constructive way, improving your life as much as possible.

Have you had a dream about a funeral recently? Can you recall its details? Was it related to the real loss you had gone through in the past, or can you recognize some inner, personal reason for it?