There is probably no more coveted and at the same time abstract representation in human culture than the notion of freedom.

Oxford dictionary defines it as “The power or right to act, speak, or think as one wants.” However, I think there’s so much more to it. “Freedom” evokes the feeling of boundlessness, adventure, and living life to the fullest.

Also, freedom can be easily taken for granted – if you are truly free. We can see that by the phenomenon of novel idealization of authoritarianism in the “free world.”

The sad truth is that only those who lose freedom know how precious it is.

The symbols of freedom are there to remind us of that simple yet brutal truth.

As I already said, freedom is a pretty abstract term that is defined in an association-based way. Throughout history, different groups have interpreted the notion of freedom in various ways. However, some of the symbols have stood the test of time and are seen as universal.

What are those symbols? Let’s find out.

Birds are an obvious symbol of freedom. After all, they can do something we ground-bound humans see as an ultimate expression of freedom – they can fly, and fly away.

Although nearly all birds in flight (except for perhaps ravens, crows, and owls, as well as the domesticated species) represent freedom, there are some species that evoke different interpretations of freedom. Also, there are bird-related symbols (bird-flight-related symbols, actually) that also have a deep connection to the notion of freedom. And it all revolves around the birds’ ability to fly, or in one particular case, taking away that chance to fly and be free.

Here are a few examples. 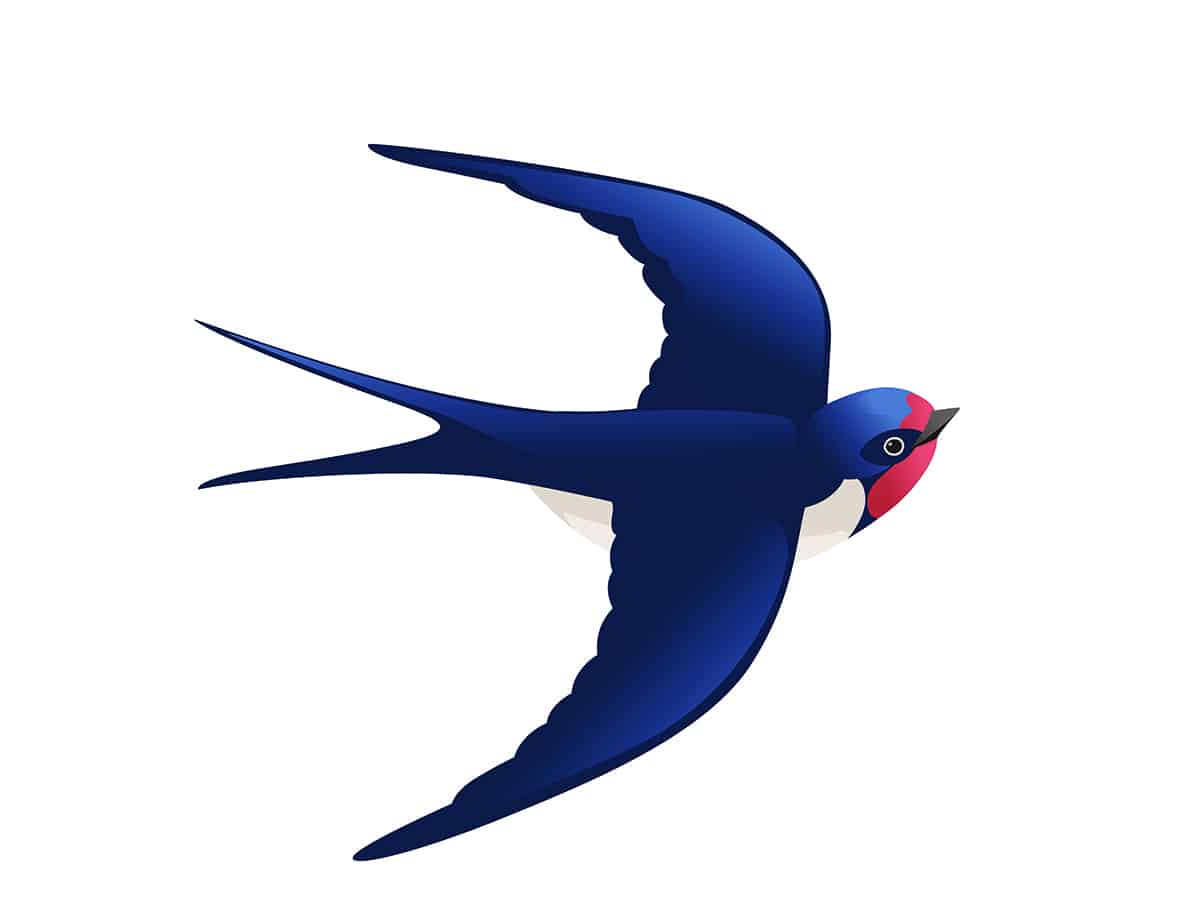 Of all the birds, the swallow is perhaps the most obvious symbol of freedom. People have always been fascinated by their bold and swift flight, and the ability to cover amazing distances during migration.

As a symbol, the swallow is almost exclusively shown in flight. Individuals who have served their time in prison, the military, or have had another type of a trialing experience commonly get swallow tattoos to mark their newly marked freedom. 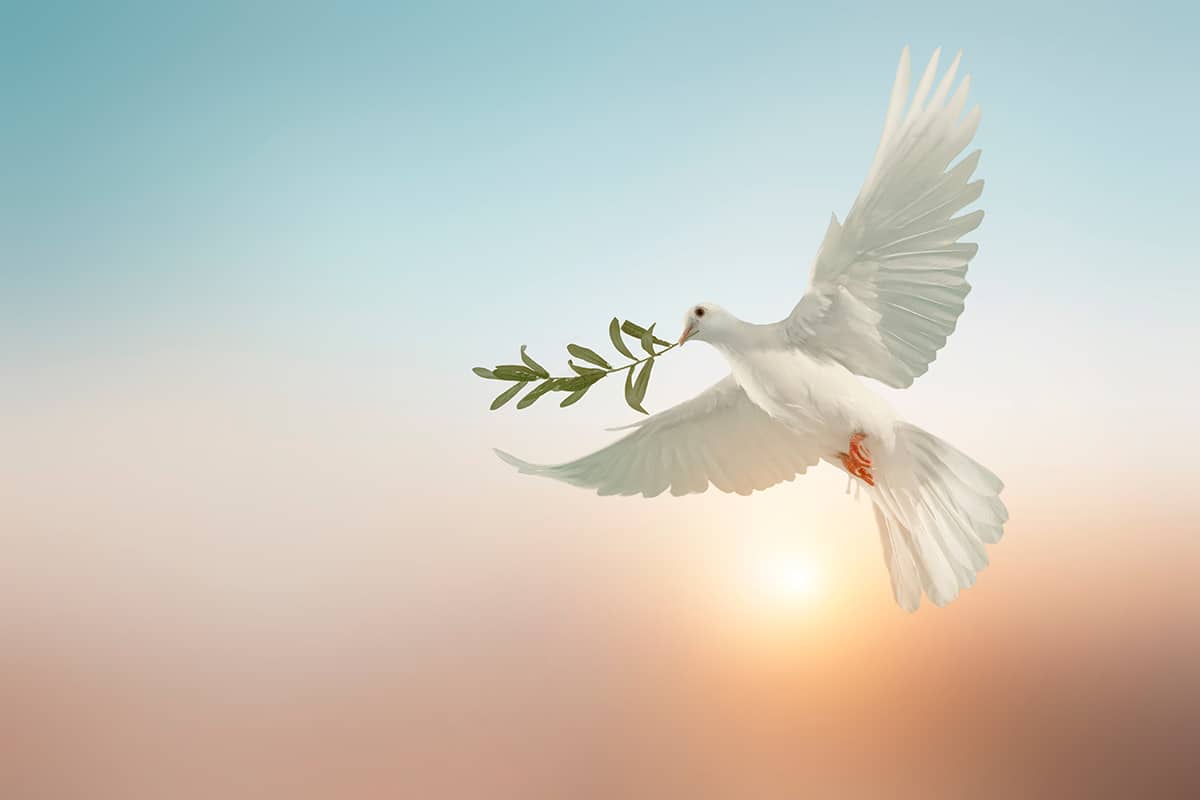 Dove is a symbol of many precious things – peace, love, hope, and – freedom. It is often associated with peace-related freedom in the context of wartime. 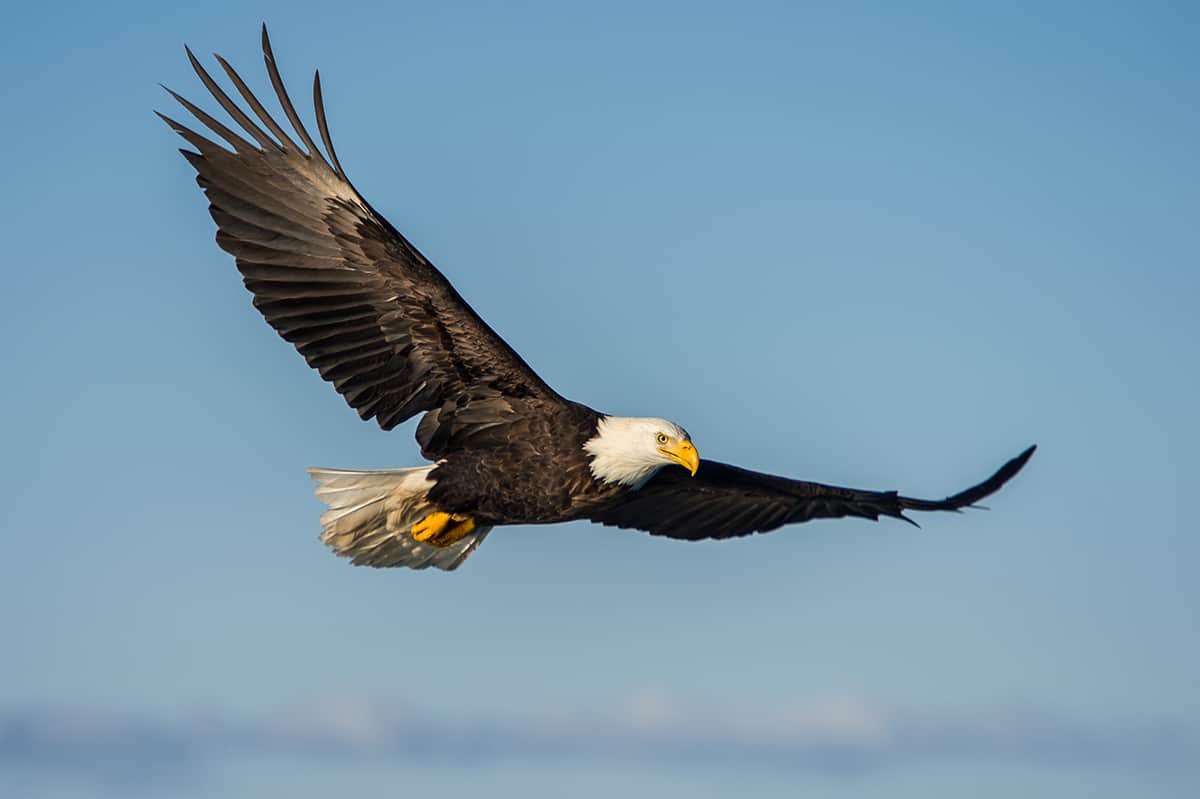 The Bald Eagle is a symbol of freedom for many Americans, but through a globalized culture, this symbol is now recognizable in many parts of the world. Still, freedom is not its only meaning. Others include strength, pride, and leadership. These traits, and especially strength, are associated with other species of eagles as well.

As I said before, birds are considered so “free” because of the thing we envy them the most – flying. Their main bodily tool for performing the flight are the wings.

Thus, it is only logical that a wing is also a symbol of freedom.

We can also see this in the negative, by taking a look at a common phrase, “to clip one’s wings.” The phrase is mostly used when we’re describing somebody’s freedom being taken away, but mostly in a psychological way.

The actual wing clipping exist since antiquity and it is done just what the saying metaphorically says – it stops birds (most commonly chickens) from flying away and escaping, jumping over fences, and roosting in the trees.

Similar to the wing, but with a slight additional twist, the feather represents ascend, growth, hope, and freedom. All of these aspects are usually connected to the spiritual realm. When it comes to our topic – freedom, the feather stands for the freedom of spirit in particular, and its need to reach the higher spiritual ground. 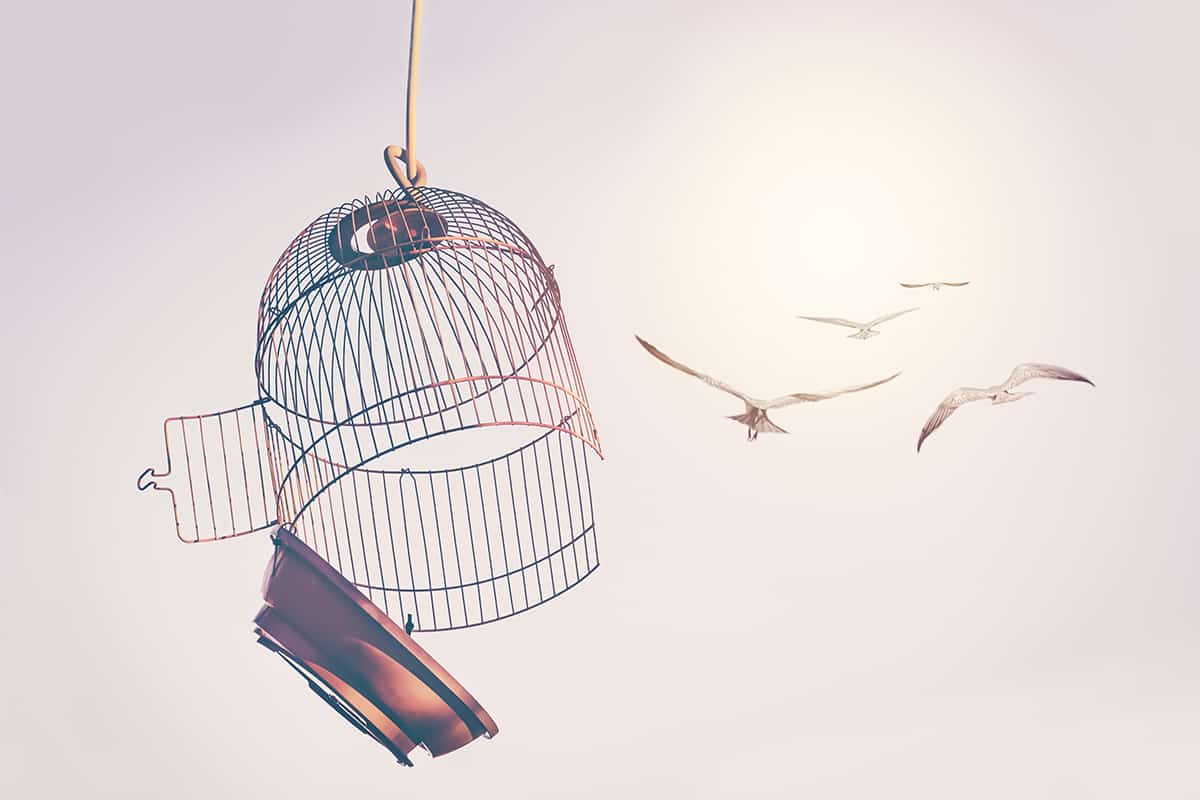 We remain in the bird domain for a little while. Just as a bird in flight is a symbol of ultimate freedom, the birdcage symbols imprisonment, limitations – the absence of freedom.

That is why a broken birdcage is not only a symbol of freedom – it is the symbol of regaining freedom. People who have been in difficult familial or romantic relationships, in debt, or another type of bounding and stressful obligation and then came loose may find that the broken birdcage adequately resonates with their feelings. 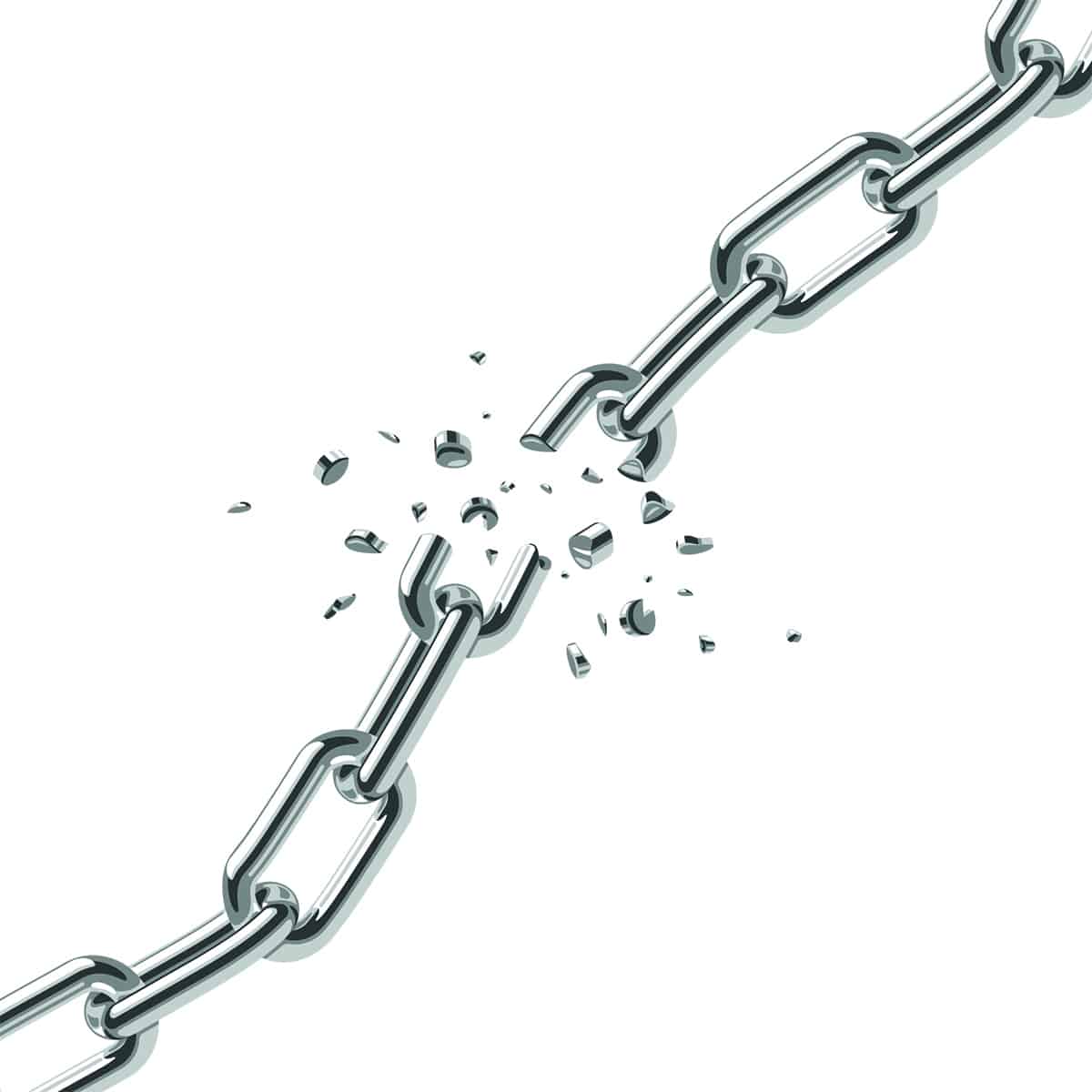 Over a long period of history, Shackles and chains used to be a golden standard for taking away somebody’s physical freedom. Slaves and prisoners were kept and transported with shackles and chains.

Besides being directly connected to (ending) slavery, The French Revolution also used the image of broken chains to symbolize the freedom of peasants and the end of the power of the French monarchy and aristocrats.

That is exactly why broken chains or broken shackles represent such a powerful symbol of freedom, especially in cases of some sort of institutional oppression. People who have survived dictatorship, political oppression,  the prison system, or come from a lineage of oppressed people (e.g., minorities in difficult situations) may increasingly identify with this symbol. 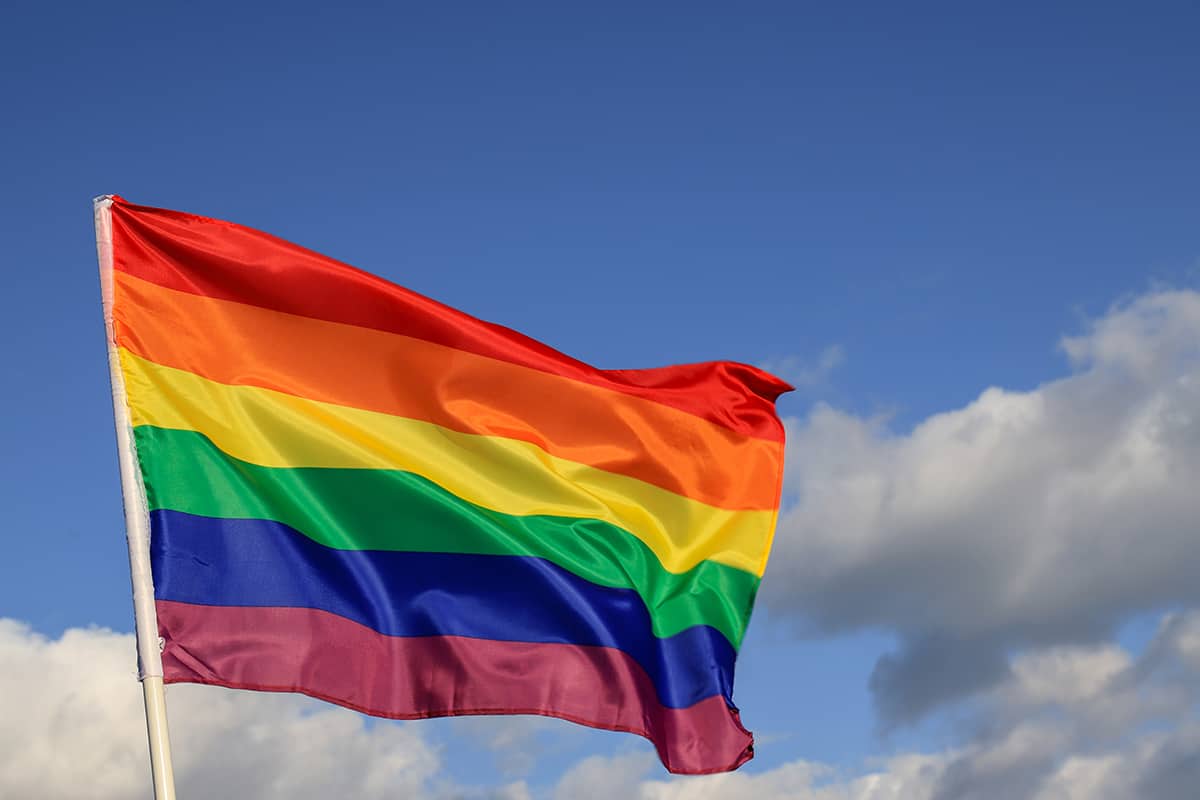 The rainbow flag stands for individual freedom to be who you are and be accepted as you are. It was first used by the LGBTQ+ movement (then just LGBT) in the San Francisco Gay Freedom Day Celebration in 1987. However, it has outgrown its original purpose and is now commonly related to all human freedom issues. It is often used in the context of civil rights and anti-war protests.

Related to the origin of the flag, the author Gilbert Baker has said that “Our job as gay people was to come out, to be visible, to live in the truth, as I say, to get out of the lie. A flag really fits that mission, because that’s a way of proclaiming your visibility or saying, ‘This is who I am!’” His statement certainly resonates with many people and groups fighting for individual freedoms, and not just those belonging to the gay community. 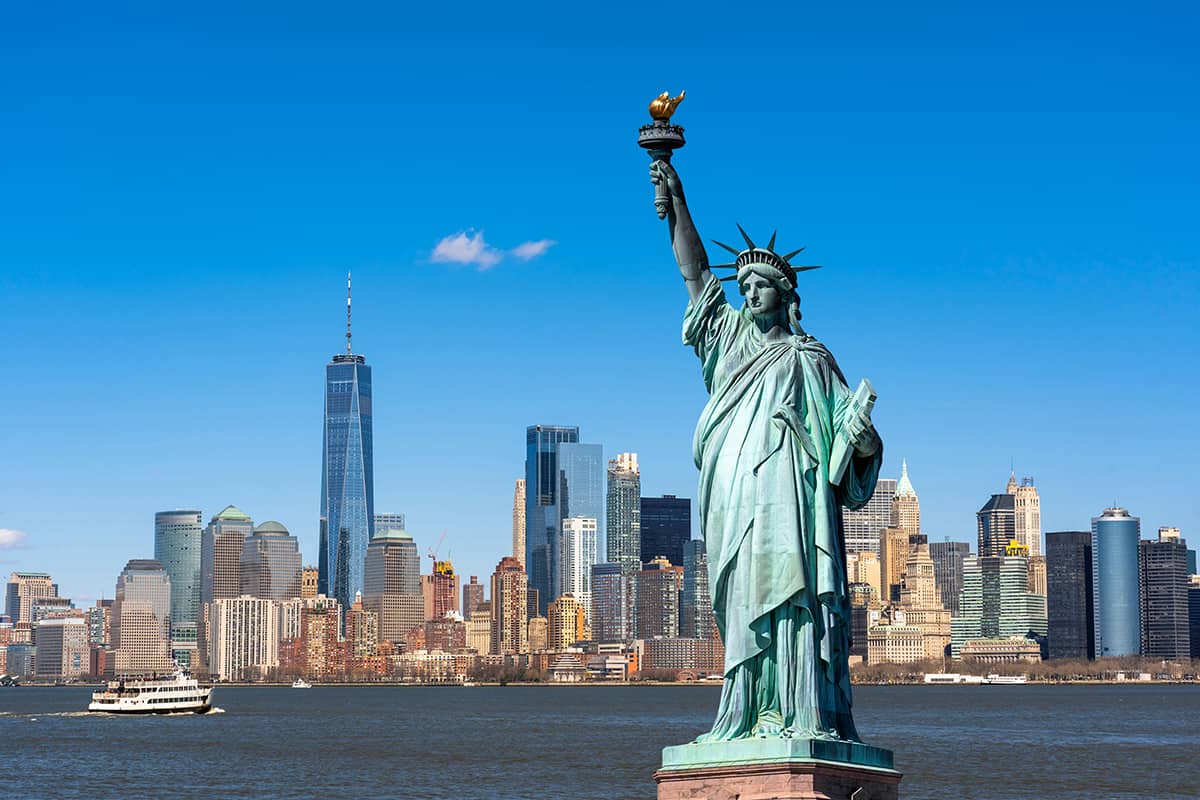 While anti-globalists may object to including this symbol on the list, there is a good reason it’s here, and it is still called the Statue of Liberty.

Seen as purely American, the statue was actually built in France, by no one else than Gustav Eiffel, an engineer who constructed the Eiffel Tower. It represents Libertas, a Roman goddess of liberty, holding a torch in her right hand, and a table with the date of US independence – 4th of July, 1776. Another trademark sign is a broken shackle by her feet that symbolizes the abolition of slavery.

Although the main motive for creating the statue was the US sovereignty, the won fight for independence, and the revolutionary abolition of slavery, there is more to why the Statue of Liberty remains such a strong symbol of freedom.

The last few centuries of the second millennium were exciting, but difficult for many Europeans. For many immigrants that have managed to survive the often treacherous travel to the New World, seeing the Statue really meant a new beginning and – freedom.

Note that these were common people running from hunger, poverty, oppression, or in some cases even law. Their enthusiasm for the new “promised land” was more than expected, and it did bring a chance to be free for many of them. That is why seeing the Statue immediately infused them with hope.

That is another reason why freedom is a central part of the whole narrative of the United States. 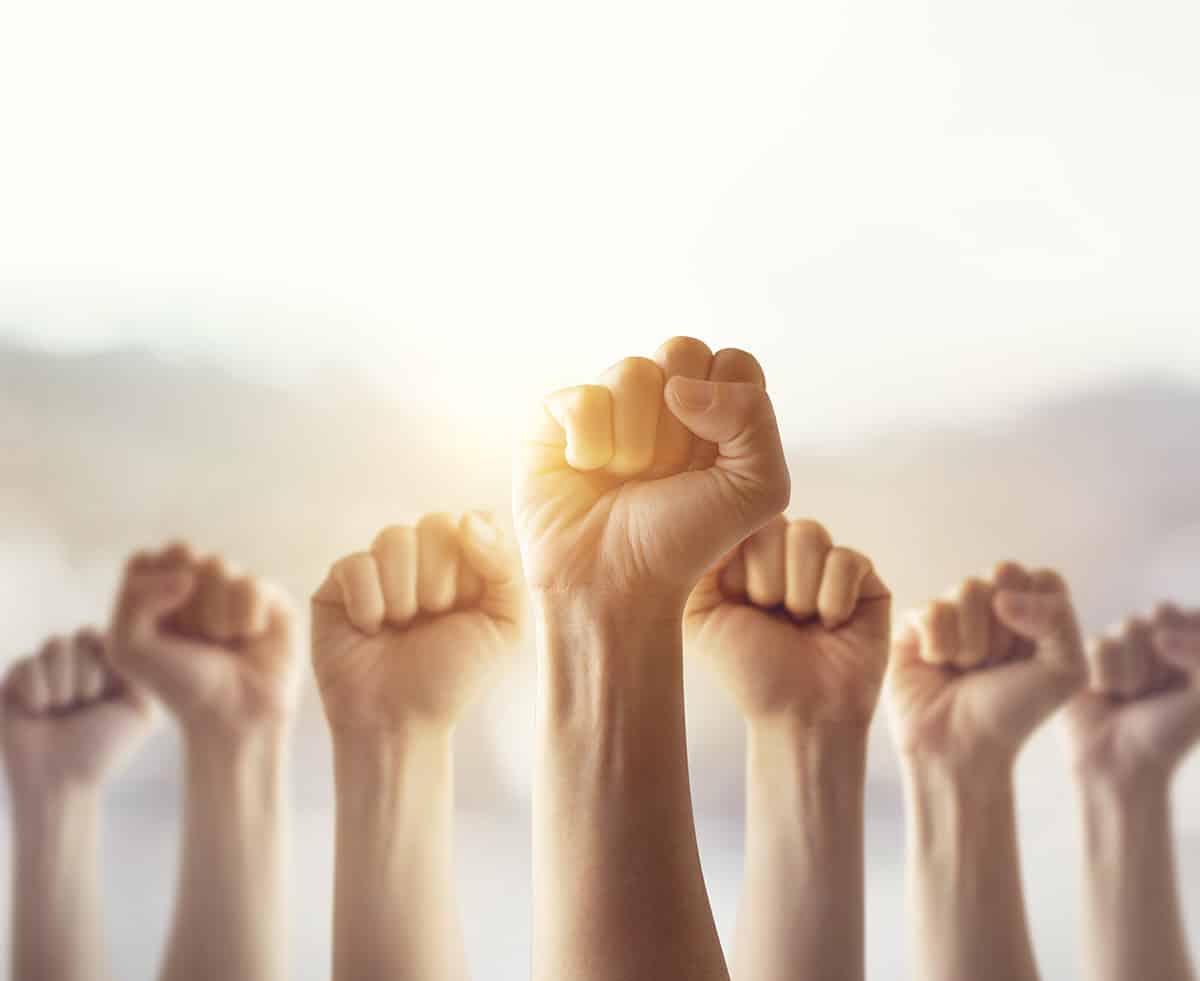 The symbol of raised fist always becomes more popular and visible during the times of civil unrest and the fight for basic human freedoms. This symbol is all about the unity of the oppressed in the face of opression.

One of the first well-documented uses of the raised fist in a civil rights movement happened in 1913, during the ‘Silk Strike’ in New Jersey.

Although its use is documented even earlier, the first well-documented explanation of the symbol comes from 1913. William Dudley ‘Big Bill’ Haywood, the then-leader of Industrial Workers of the World, addressed the masses during the protest. While showing his raised hand and explained the symbol with the following words:

This, the raised fist has been utilized in numerous initiatives and protests globally against authoritarian and oppressive regimes that impede on basic human freedoms, including the indigenous and African-American civil freedoms and rights. 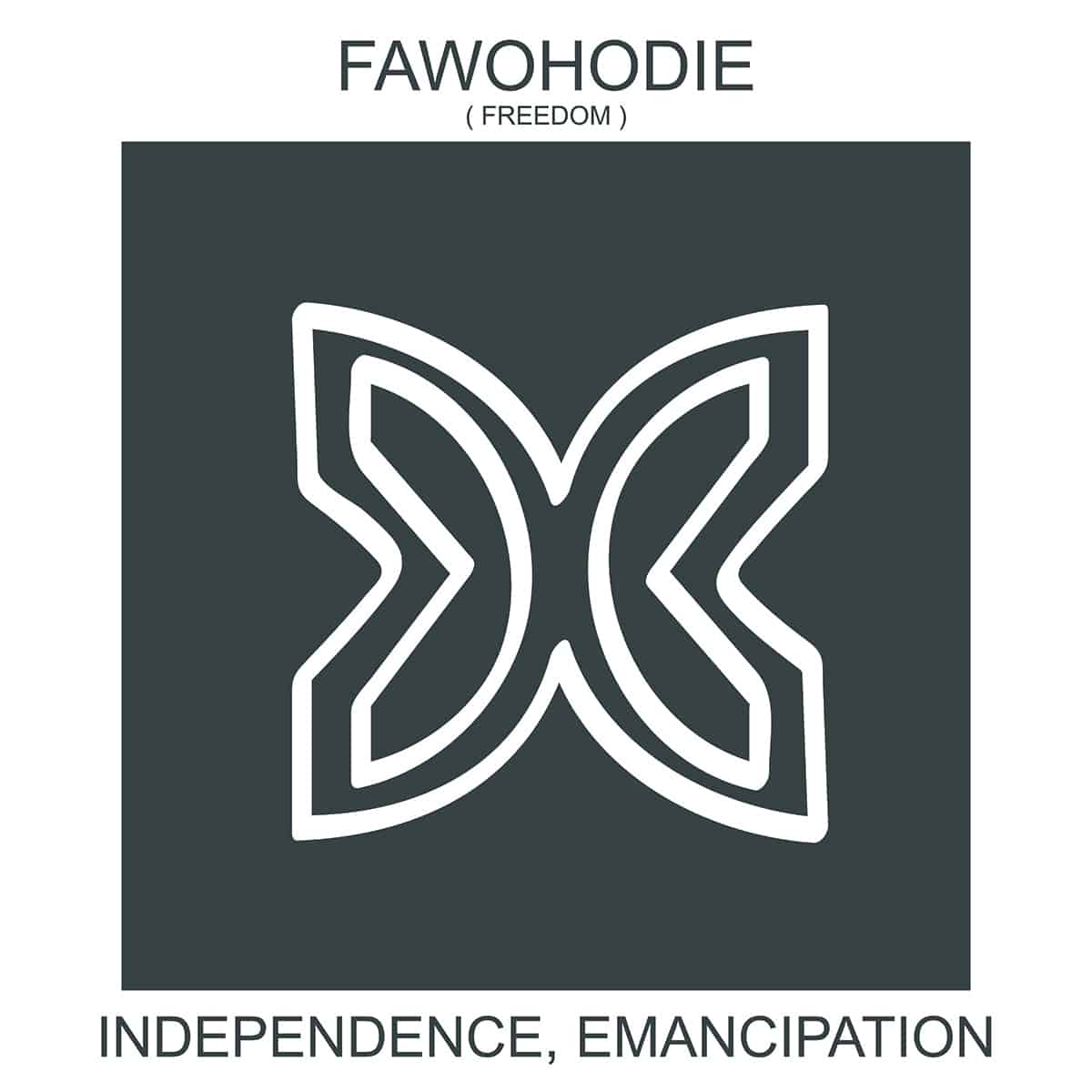 This symmetrical symbol is one of the Adinkra symbols created by the Bono people of Ghana and the Ivory Coast. It stands for independence, freedom, and emancipation. The name comes from the saying “Fawodhodie ene obre na enam,” meaning “Independence comes with its responsibilities.”

Fawodhodie is a good reminder that real freedom goes hand in hand with responsibility for one’s own actions. Doing everything your wishes and urges dictate to you without considering others about the consequences of actions is not freedom – but selfishness at the least, and violence at the worst.

That is why the gentle reminder of Fawhodie is a perfect way to end the list of freedom symbols.