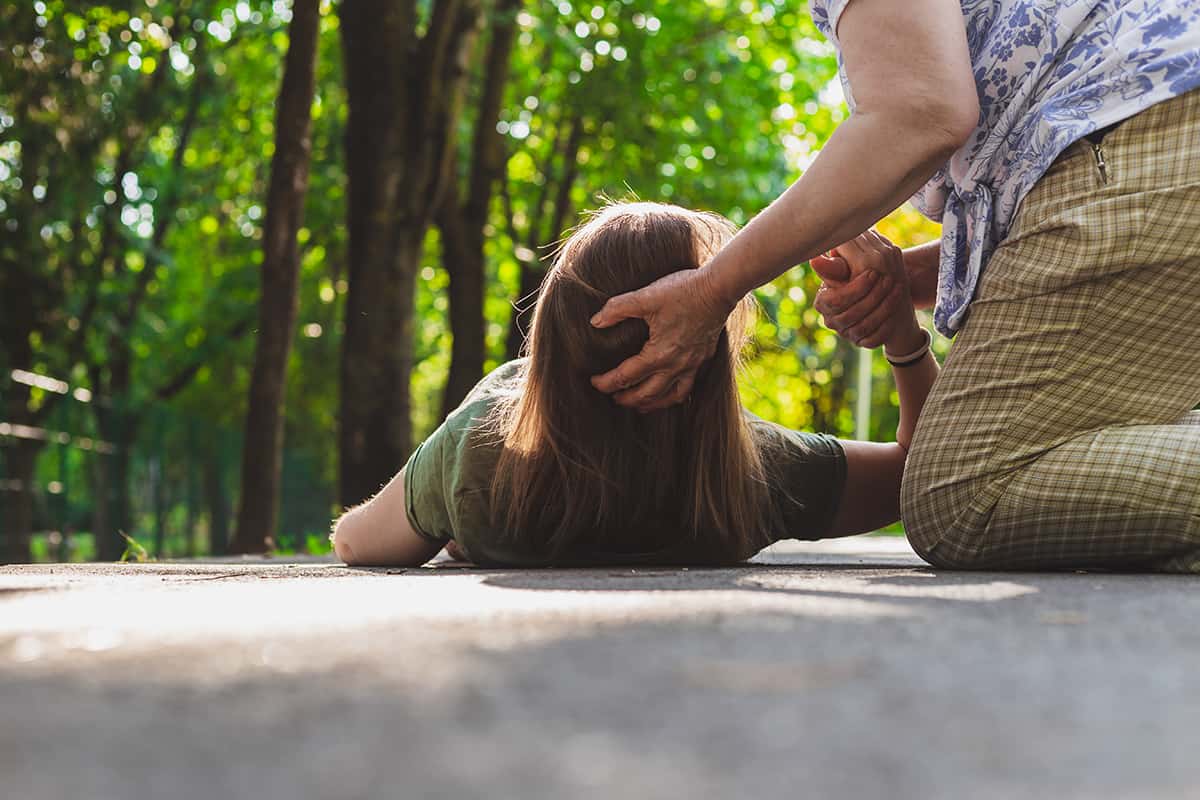 Fainting can be a scary experience, whether you faint yourself or see someone else faint. Seeing fainting in your dream can be a sign that a situation in your life needs fixing before it gets to that point of collapse.

A dream of fainting could symbolize that you fear – or crave – losing control. You may be pushed to your limit by some situation, and you might not know how to express that before you collapse. You could feel like collapsing is the only way to get others to take your needs seriously. 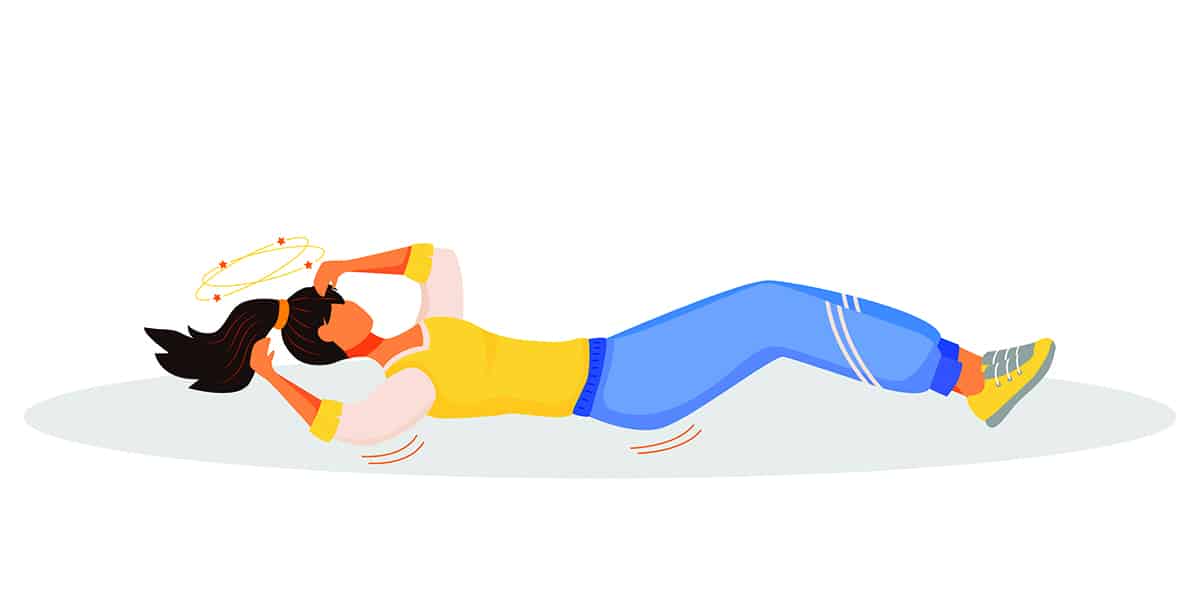 Alternately, you might secretly want to lose control of yourself in order to avoid being blamed for something. In that case, a dream of fainting could show your wish to not be held responsible.

A dream of fainting could symbolize that you are more vulnerable than you would like to admit. You may be going through life trying to tough out some difficult situation, but your fainting dream might show that even you have your limits.

A fainting dream could alternately refer to a situation where someone else in your life seems really vulnerable. You might be pushing yourself hard to protect them from any situation that might upset them.

People can faint when they have been pushed to their limits. These limits can include physical or emotional pain, as well as physical hunger.

A dream of fainting could therefore symbolize that you or someone else in your life may be approaching a limit of this sort.

Dream of fainting at the sight of blood 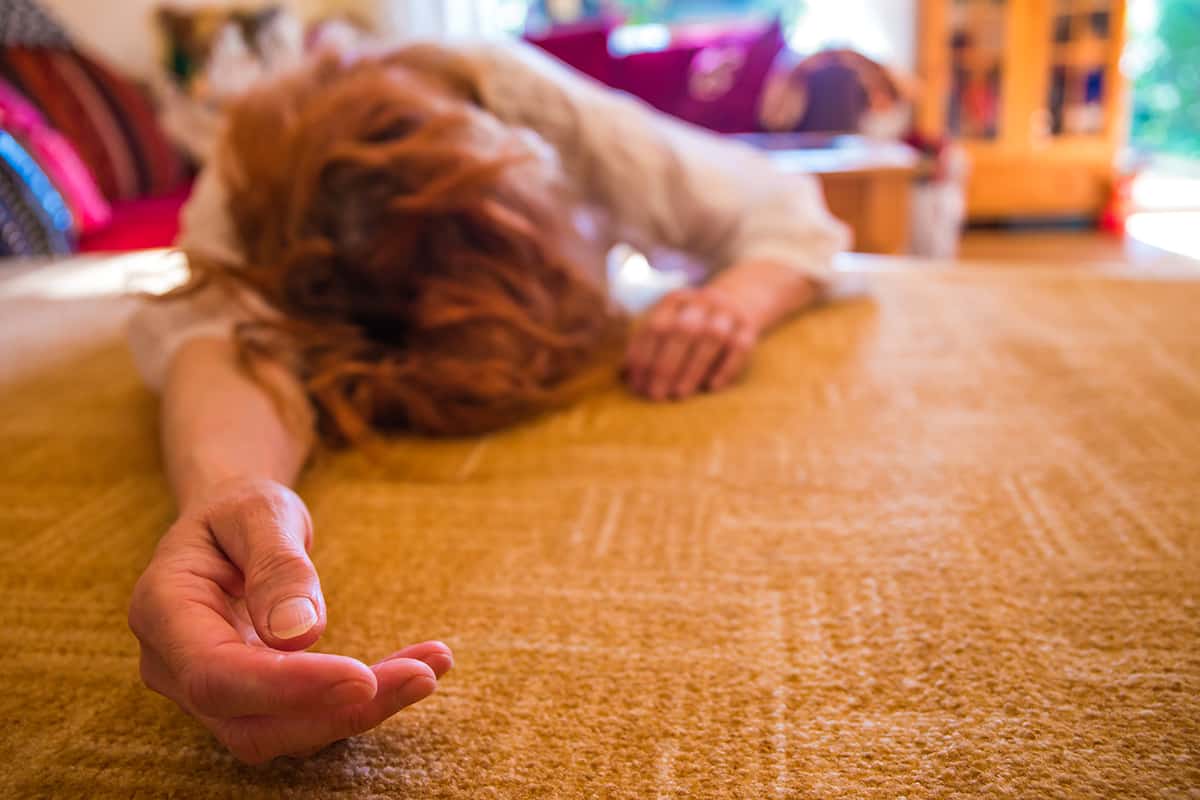 A dream of fainting at the sight of blood could symbolize that you are afraid you are not equipped to deal with the more primal aspects of life. Perhaps a birth or death in your circle of loved ones is stirring up uncomfortable emotions in you, or you are involved in a conflict where it looks like you might need to use more aggression than you are comfortable with.

Just about any dream of blood can symbolize that your menstrual period (or that of someone you are close with) is coming soon, so that could be a factor in some dreams of fainting at the sight of blood.

Dream of someone else fainting 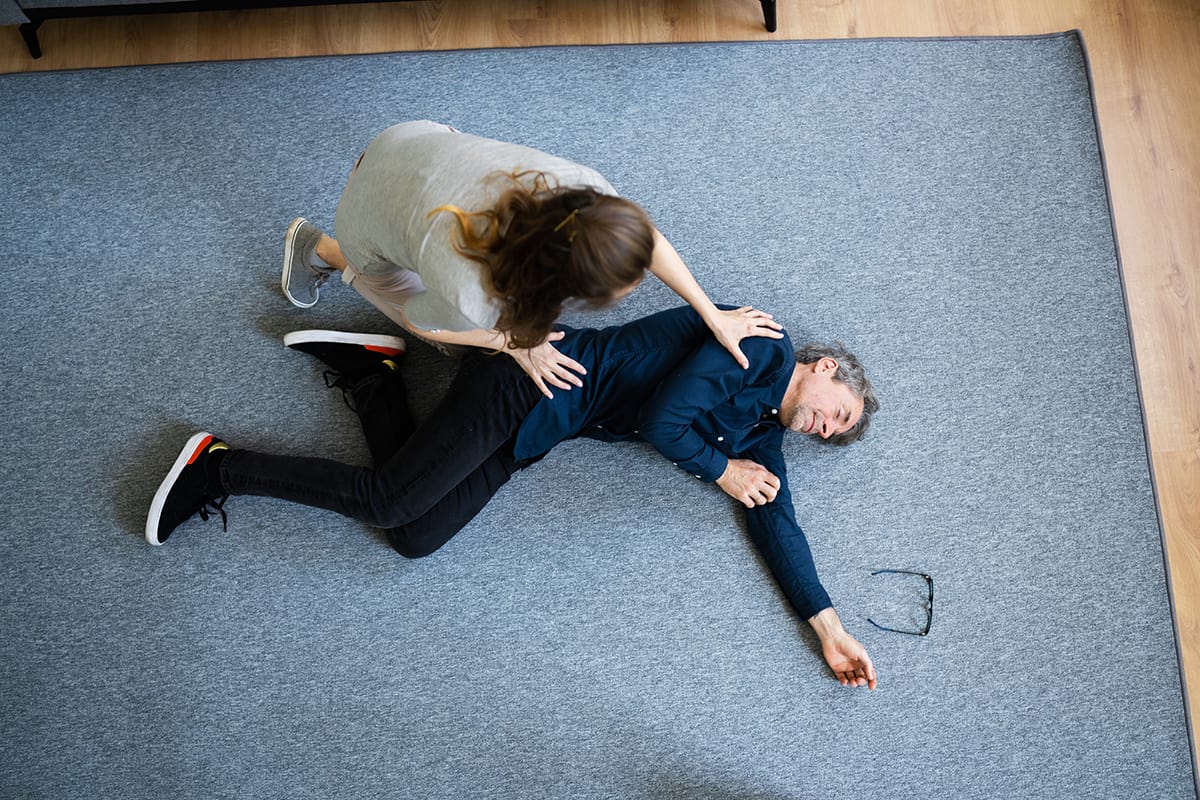 Dream of a fainting couch 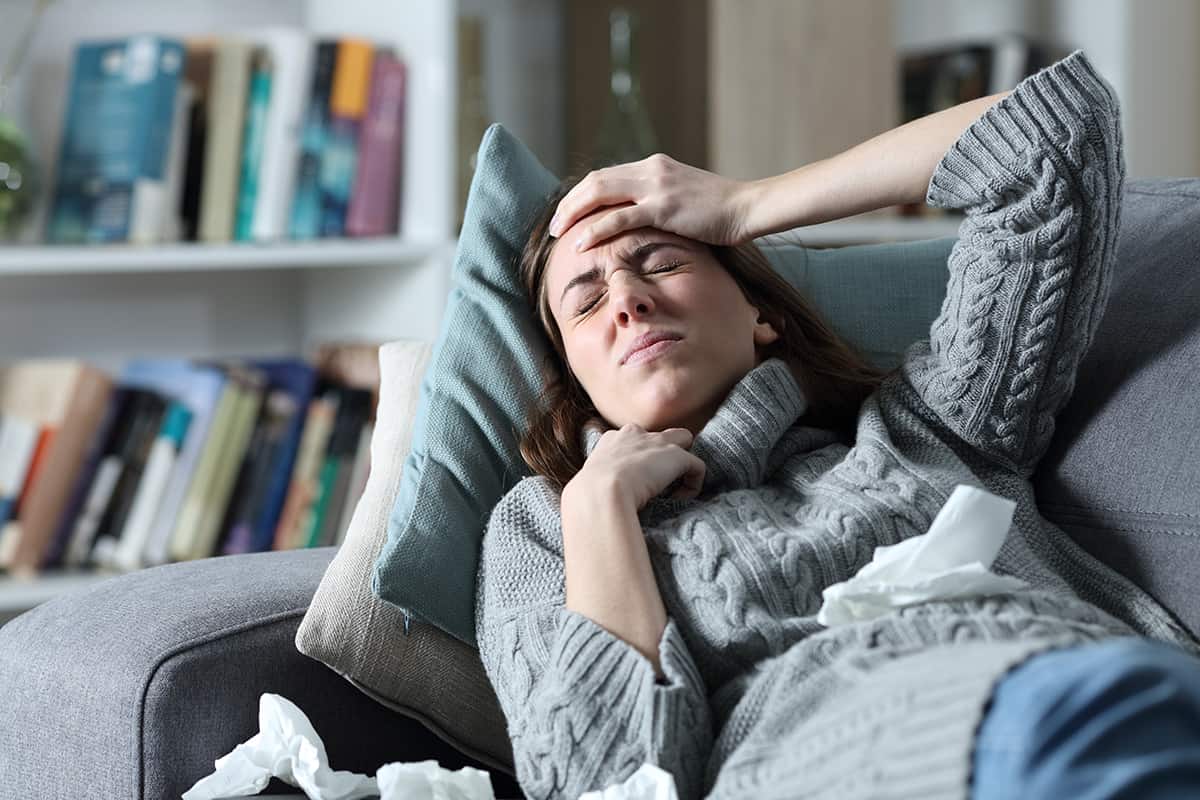 The origin of the term “fainting couch” is a bit controversial. Some say it comes from Victorian women fainting from wearing tight corsets and needing a place to recover, or for needing a place to lie back during psychoanalysis sessions. Another theory, reported in ELLE Decor, is that a fainting couch was just a comfortable place to read during the day without messing up the bed that was already made for the night.

While the truth may be hard to pin down, fainting couches tend to be associated with emotional drama in popular culture. A dream of a fainting couch could therefore symbolize that you think someone else in your life is being more dramatic than the situation really warrants. You might even have suspicions of this sort about yourself.

The idea of a fainting couch is to expect fainting as something that will happen. Sometimes the equivalent of a fainting couch is a necessary part of acknowledging reality: you may need to make space for someone’s dramatic emotions, whether or not you agree that they should be having those emotions, because, realistically, the drama is going to happen whether you like it or not.

In other cases, having the equivalent of a fainting couch present might encourage people to be more dramatic than they would otherwise be, because they feel like they have permission to collapse at the slightest provocation. Looking at the general atmosphere of your fainting couch dream can help you determine whether the way you handle the intense emotions of yourself and others tends to soothe those emotions or whip them up further.

Dream of a toilet accident when fainting 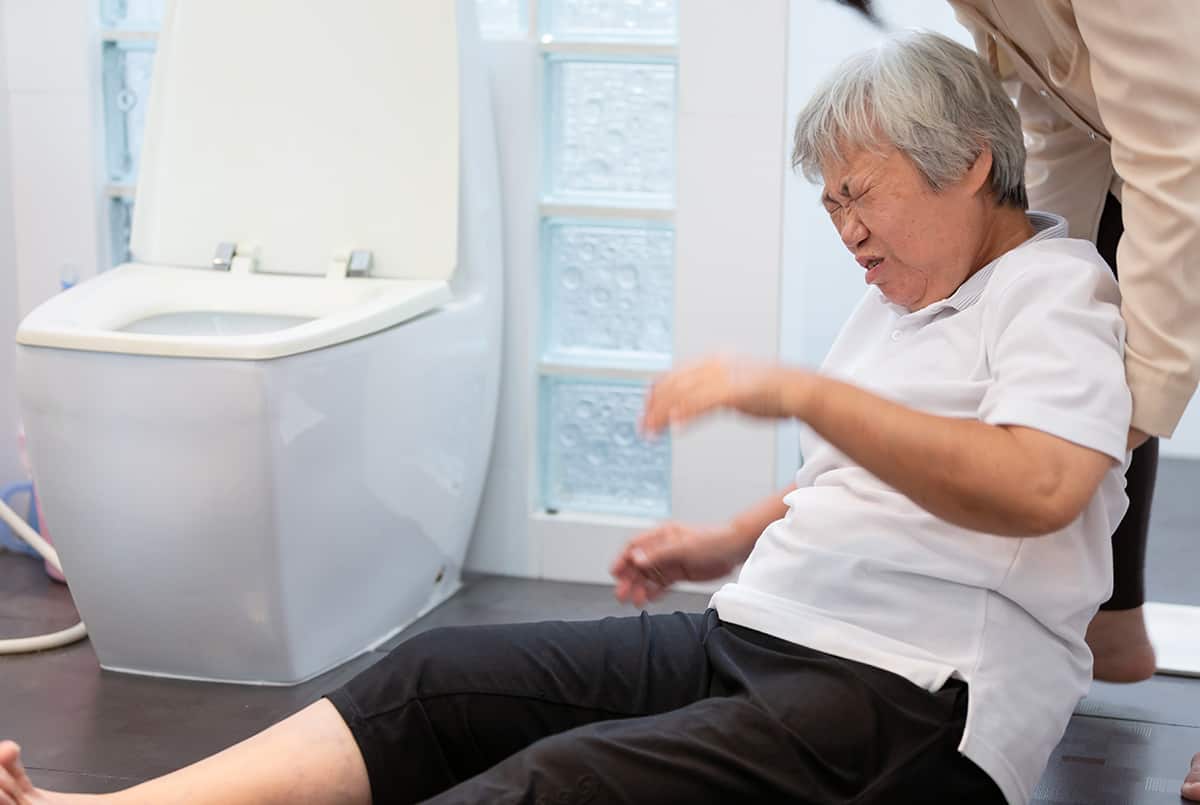 If you dream of yourself or someone else losing bowel or bladder control when fainting, this could symbolize that you are really afraid of losing control of a situation in your waking life because you think the emotional fallout would be too messy. While you may be right that the reckoning you are trying to avoid would be unpleasant, the cleanup might be more survivable than you imagine. See also poop dream symbolism.

Dream of injuring yourself when fainting 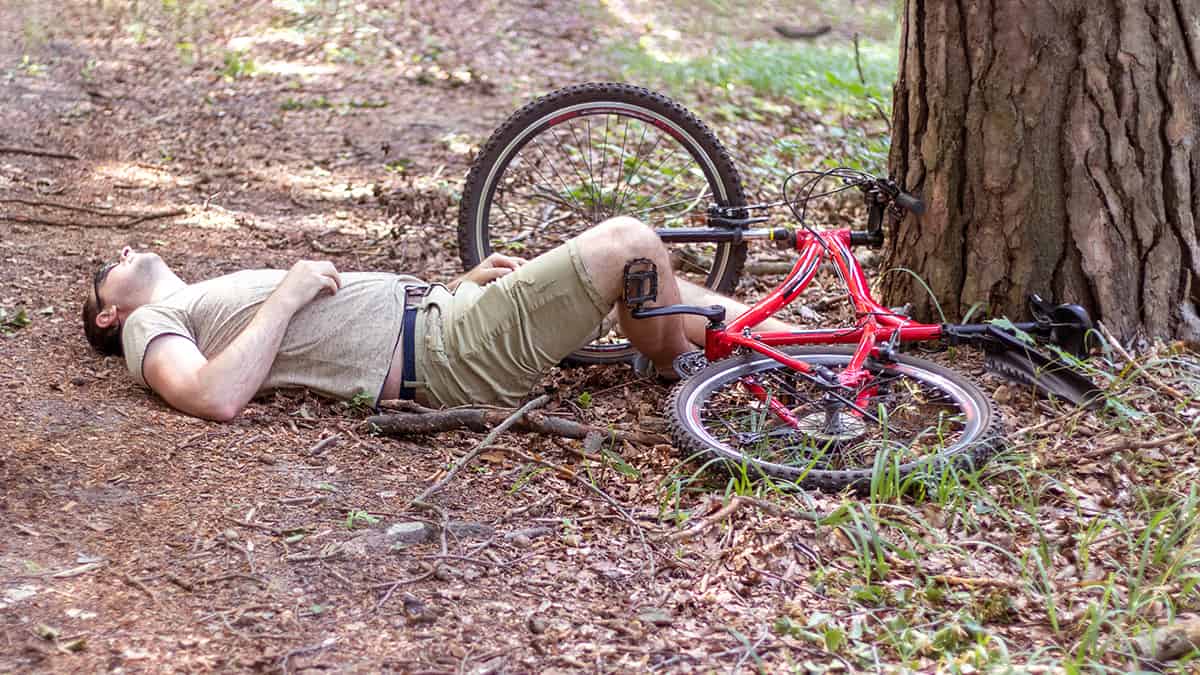 A dream of falling and hurting yourself when you faint could symbolize that you feel like your environment is not a safe place for you to be vulnerable. You may suspect that, if you were to express your true needs, the people around you would not be sympathetic or accommodating.

While fainting can be frightening, most people recover from it. Your fainting dream might therefore show that losing control of some situation in your life may not be the fatal event you fear. Instead, a breakdown could finally make clear to you and others that things need to change in order to move forward in a healthy way.