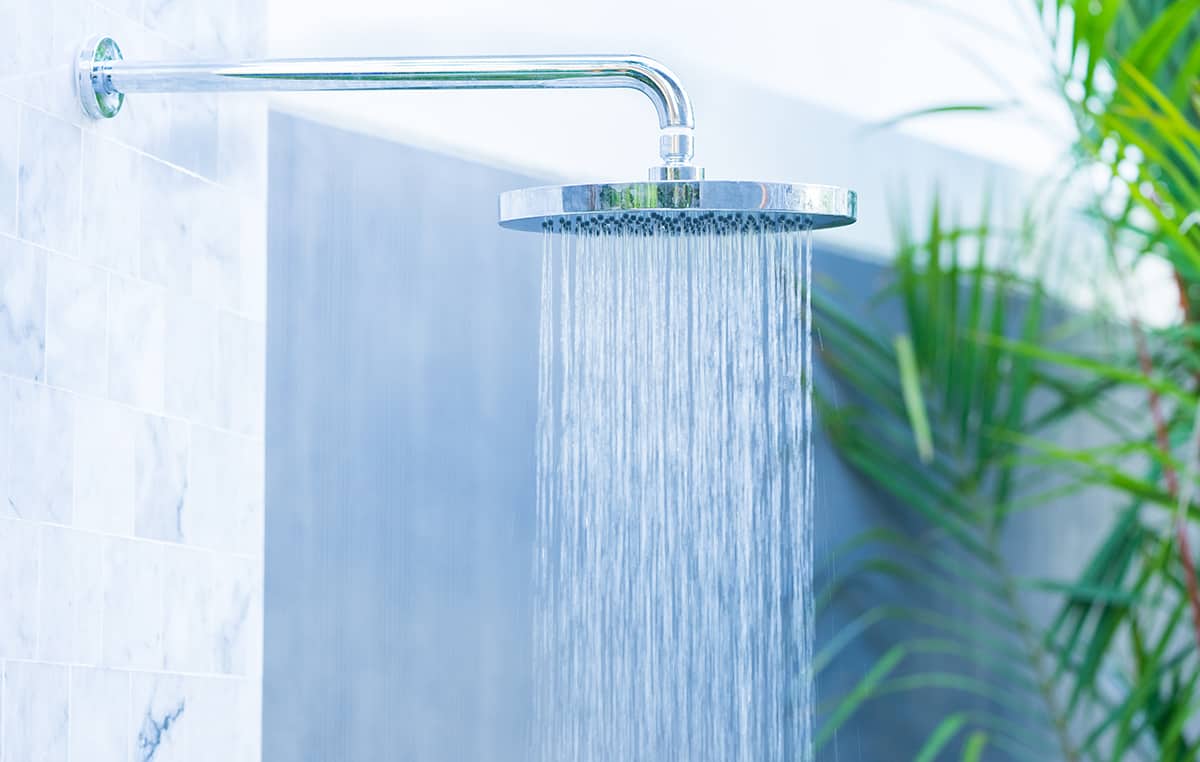 Many people shower in the morning after they wake up as part of their daily routine. If you find yourself taking a shower in your dream while you are still asleep, though, there could be a symbolic message.

A dream about taking a shower can symbolize getting clean. It can also symbolize the boring routines necessary for you to participate in civilization.

As people are usually naked when they shower, a dream of showering can bring up the feelings of vulnerability and exposure common with other nudity dreams. However, as the water coming out of a shower is controlled, and water symbolizes emotions in dreams, a shower dream may symbolize that you have control over the way you express your emotions. 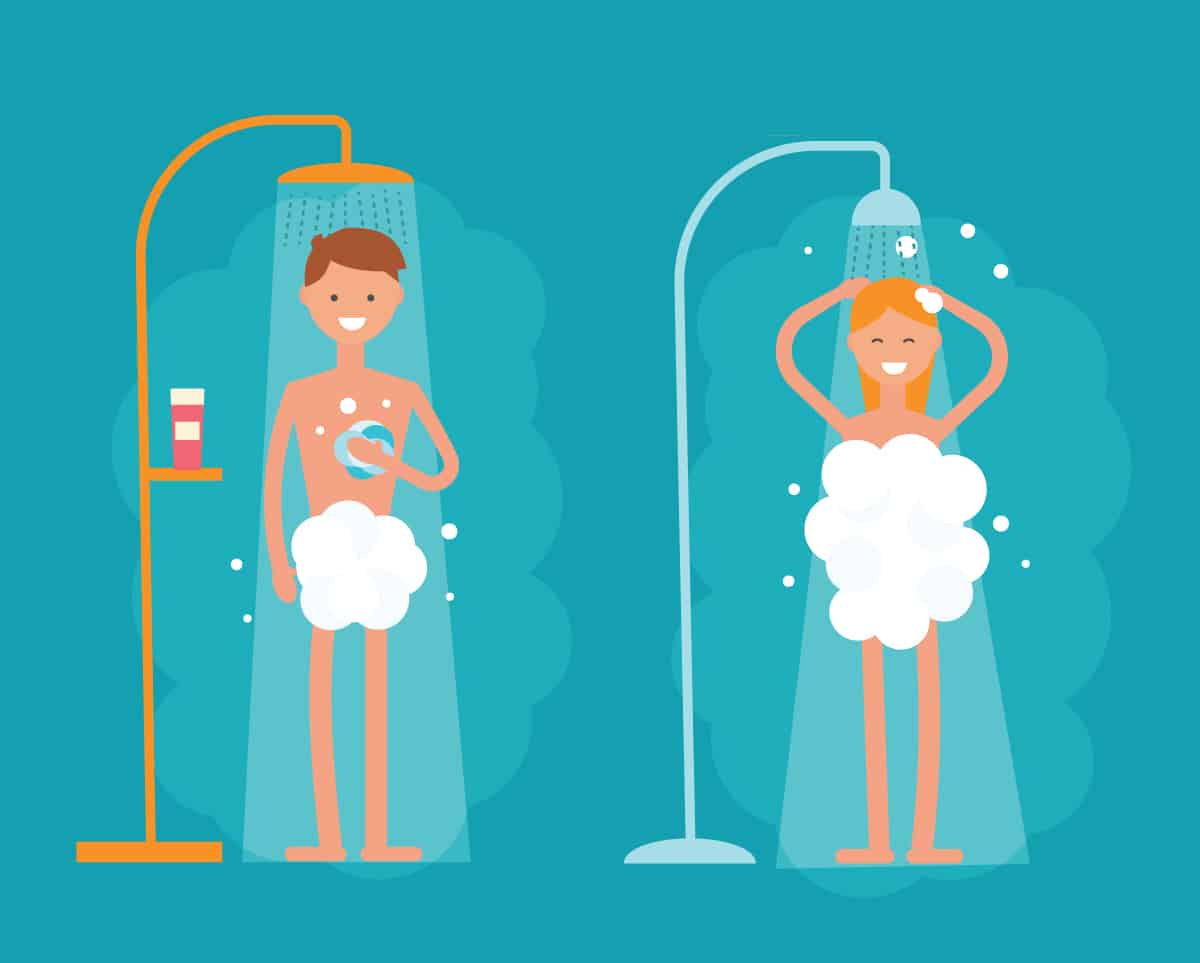 Taking a shower is a common way to get clean. Dreaming of taking a shower could therefore symbolize that you are trying to get clean from something that has made you feel dirty. This interpretation would be especially likely if the dream depicted you as visibly dirty, covered in more than just your usual daily accumulation of sweat.

Showering can just be a boring part of your routine. In this sense, dreaming of taking a shower could symbolize that you are a bit bored with your life and feel like your responsibilities are not leaving you enough room for excitement.

While a flood dream usually symbolizes emotional release in a way that lacks boundaries, water typically comes out of a shower in a more manageable way, and you can turn a shower off when you are done. A shower dream could therefore symbolize that you are able to express your emotions in a way that has boundaries.

On the other hand, sometimes people who use emotional displays to manipulate others are said to be turning on the tears. A shower dream, especially one that emphasizes turning the shower on or off, could symbolize that you or someone else in your life is doing this.

Dreams of being naked can symbolize that you are vulnerable or exposing something you would normally keep hidden. As society generally enforces the wearing of clothes in most contexts, a dream of nudity may also refer to conflicts involving society’s boundaries more broadly.

While society usually expects you to be clothed, society also expects you to look clean and smell pleasant when you interact with others. Dreaming of taking a shower can therefore reflect that you are concerned with your obligations to civilization.

However, many people have discovered while working from home during the COVID-19 pandemic that you don’t always have to shower before you log in to your computer from home in the same way you would before heading to the office. Dreaming of taking a shower could therefore symbolize that you miss interacting with people in person.

Dream about showering in front of others 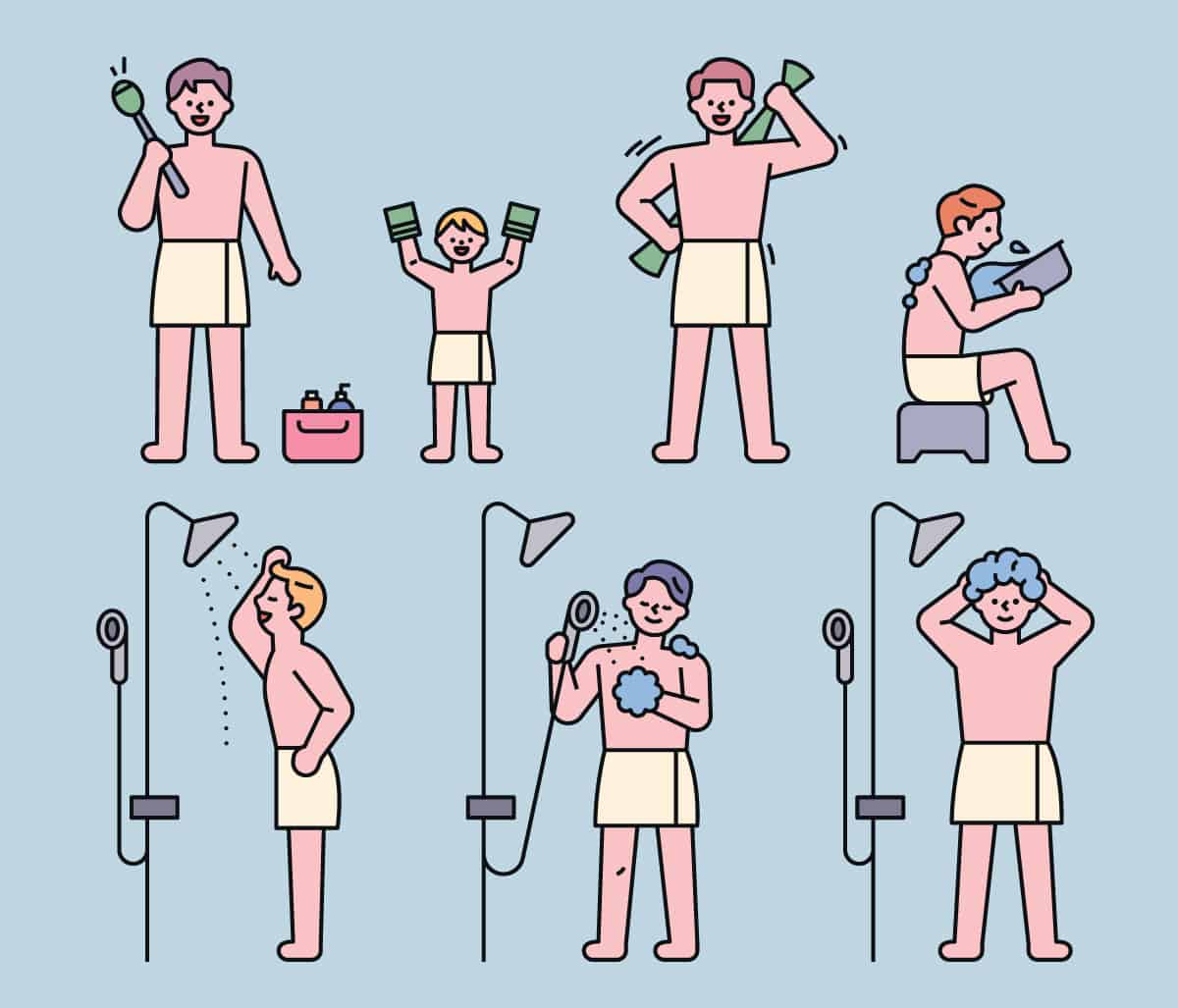 The meaning of dreams about showering in front of others can vary based on what the others are doing.

If your dream involves a situation where you are one of many people showering together, like in the locker room of a gym or swimming pool, this could symbolize that you are comparing yourself with your peers. Public showers of this sort are often separated by sex or gender (whether sex or gender is the dividing line can vary depending on where you live), so your dream could be about how well you feel you fit in with others of your sex or gender.

If your dream of a communal shower feels emotionally pleasant, it could symbolize that you feel like you can be emotionally open with your peers, and everyone involved is equally open. When everyone is at least symbolically naked together, certain social barriers might be relaxed.

If you are the only one showering, however, and others are just watching you, this could symbolize that there is an imbalance in how you reveal yourself in your life. You might be opening up to others who do not trust you as much as you trust them.

If you dream of someone watching you shower in a creepy or predatory way, this could symbolize that there is someone or something threatening in your life. You might feel that your boundaries are not being respected.

Dream of seeing someone shower 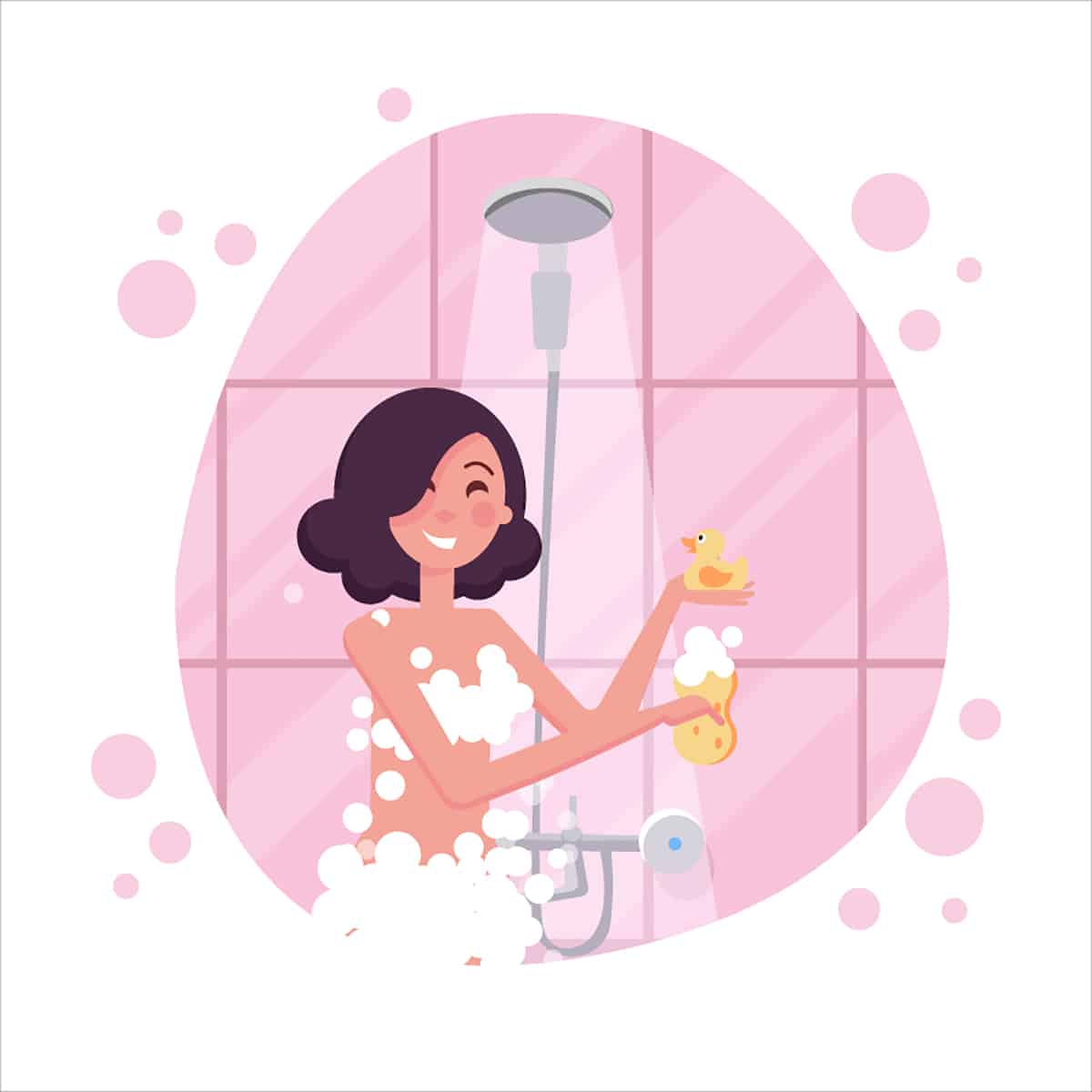 The dream meaning of seeing someone shower could vary based on the details of the dream. If the emotional atmosphere feels relaxed, this may symbolize that another person in your life is opening up to you. You might not feel ready to join them yet – or maybe the dynamic of the relationship is such that it is appropriate for them to be more open with you than you are with them.

If you dream of seeing someone shower in a way that feels creepy or predatory, like if you think they would not want you to see them shower, this could symbolize that you are not being respectful of their boundaries. Even if you are not doing anything to them physically, you might be intrusive to them on an emotional level.

Dream of a shower curtain

If your shower dream emphasizes the shower’s curtain, the shower curtain dream meaning could have to do with finding or hiding something that is hidden. You might be afraid that something creepy is hiding behind the curtain, and this could symbolize a situation where you are afraid to seek the truth about something in your life because you think you won’t like what you find.

Alternately, a shower curtain may be seen as a boundary. While some shower curtains are dark enough to give privacy to the person showering, even a clear shower curtain can prevent water from leaving the shower and getting the rest of the bathroom wet. In this sense, a dream emphasizing a shower curtain could symbolize that the way you express your emotions has boundaries to protect others from getting hurt.

Dream of showering in the rain 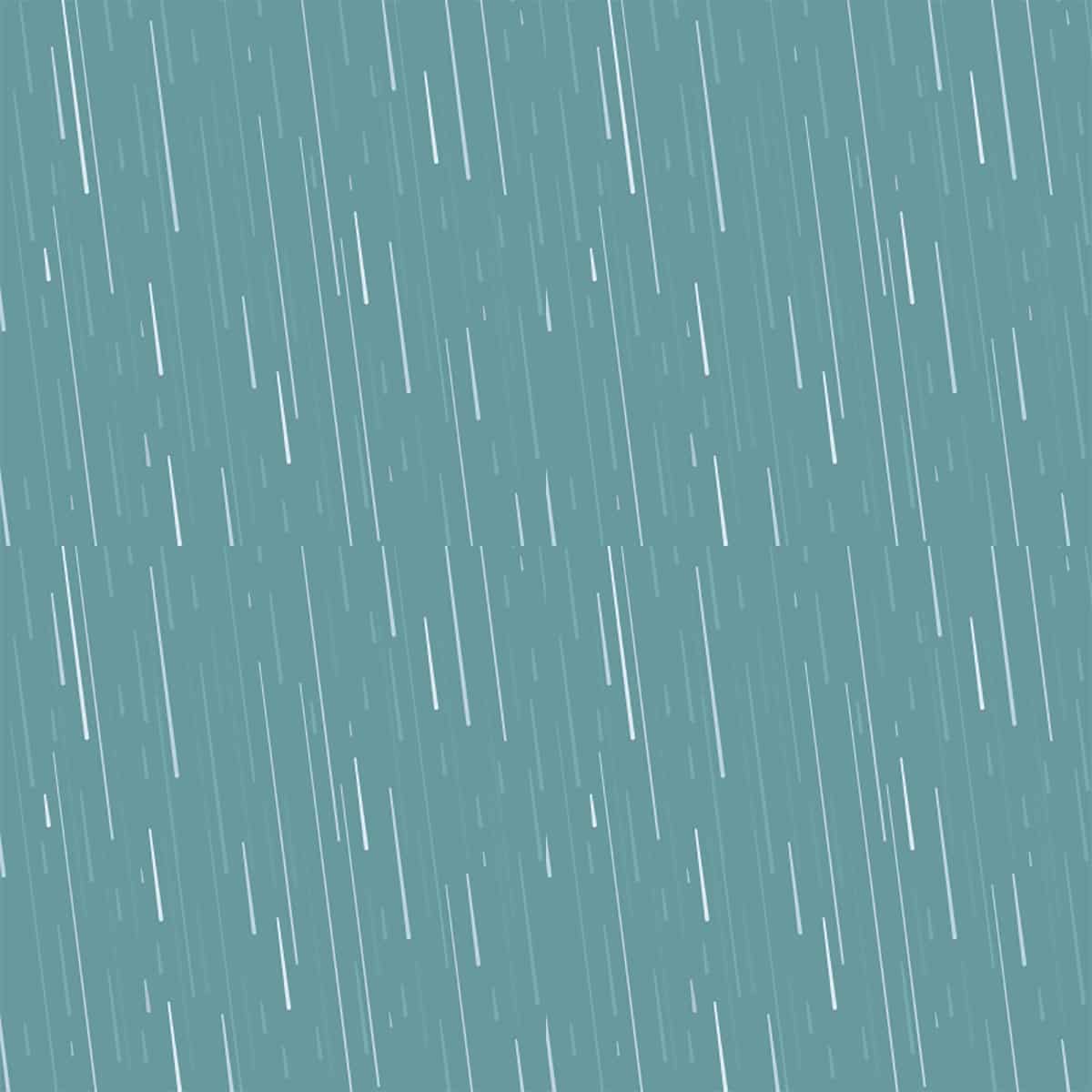 Your dream of showering in the rain might include the rain dream symbolism of abundance and nourishment. If the rain becomes uncomfortably heavy, however, this could symbolize that your emotions, or those of someone else in your life, are getting out of control.

Dream of a gift shower 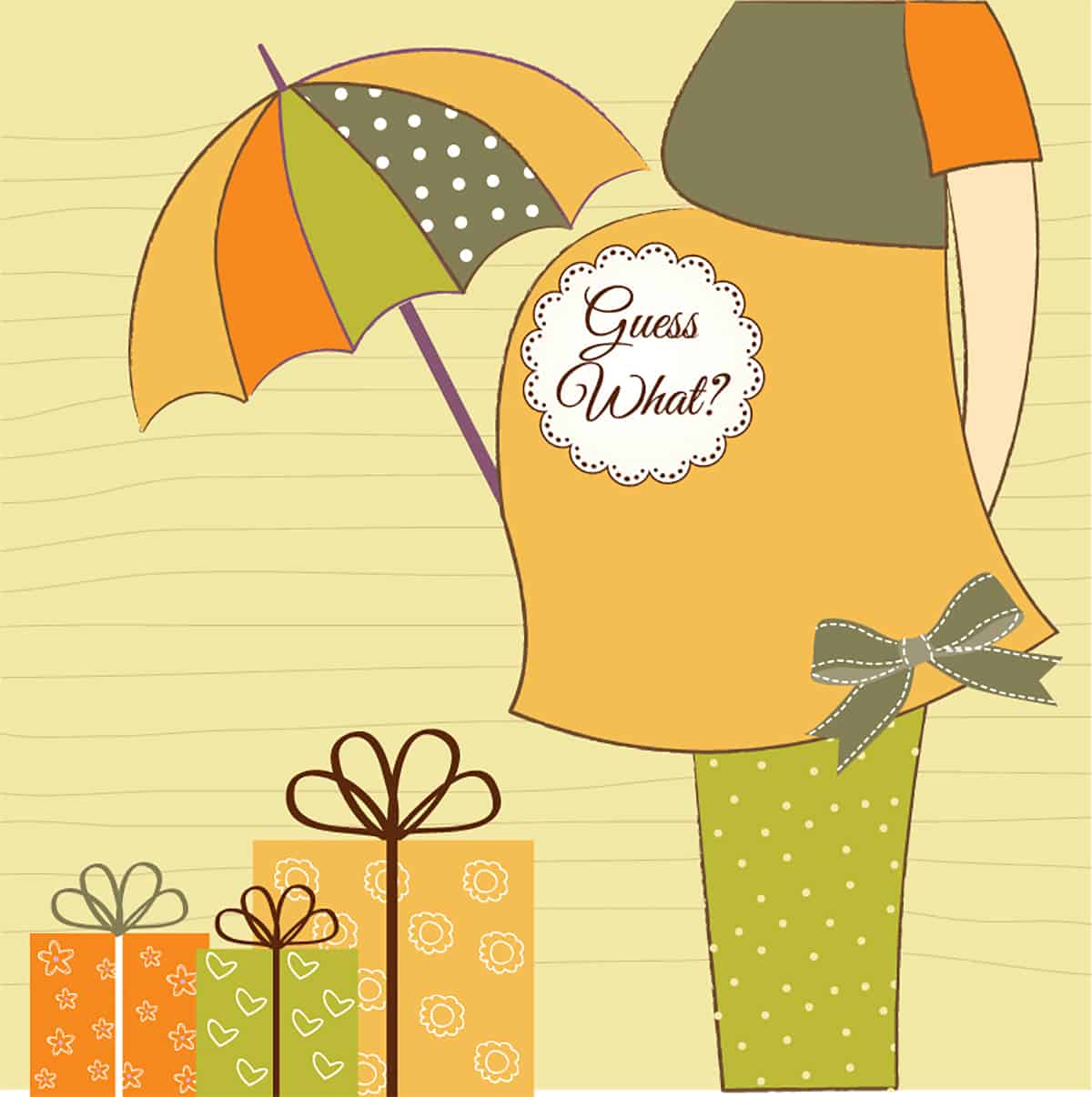 Some events where people receive gifts to mark major milestones in their lives are referred to as showers, such as baby showers and wedding showers. Though water is not literally involved, the idea is that their family and friends will shower them with gifts, in the same way that water flows abundantly from a shower.

If you actually are getting married or having a baby in your waking life, your dream of a corresponding gift shower could simply be processing recent events. The dream might emphasize whether you did or did not feel supported by a specific person.

Otherwise, a baby shower dream meaning or wedding shower dream meaning could symbolize that you are thinking about the role of social support in your life. You might be considering getting married or having a baby, and you may wonder how others in your family or friend group will react to this change. Alternately, maybe you feel like getting married or having a baby is not right for you, yet you perceive that social support is only given to people who do get married and have babies.

Taking a shower to get clean is often one of the basic necessities of life. Shower dreams, however, can combine the symbolism of water dreams and nudity dreams to show how you are handling more complex issues in your life.

A shower dream may represent the tension between the necessity to release pent-up emotions and the fear of having vulnerable things about you exposed to others. With privacy curtains and the ability to control the water flow, however, showers help you get what you need while reducing the potential for problems.