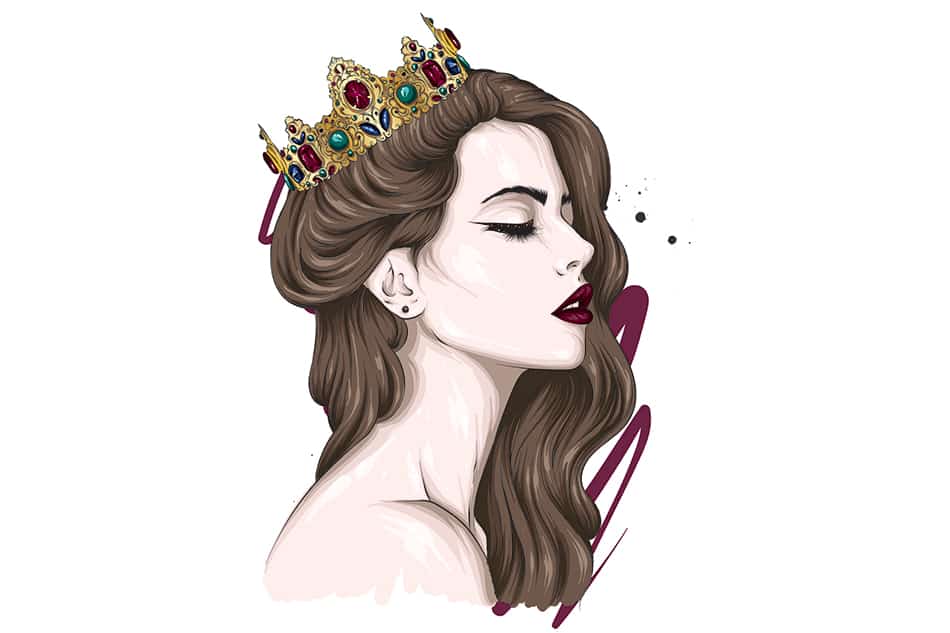 Even if you don’t live in a country that has a queen, you probably still grew up with fairy tales featuring queens and other royalty. A queen in your dream can therefore be a potent symbol of power.

Dreaming of a queen can symbolize the power of a government or other hierarchy in your life. Queens are less restrained by bureaucracy than some forms of government, however, so a queen dream could symbolize power crossing the line into tyranny.

A queen in your dream can symbolize a form of power that is specifically feminine, such as motherhood. Queen symbolism may also be involved in more complex issues surrounding gender and sexuality.

If you live in a country that has a queen, dreaming of a queen may symbolize your patriotic feelings toward your country. For example, the national anthem of the United Kingdom and several Commonwealth countries is “God Save the Queen.”

If you have never lived in a country with royalty, and your experience is with leaders being elected rather than born into their positions, dreaming of a queen might symbolize that you are drawn to a way of doing things that feels more instinctive than rational. It could suggest that you idealize your elected officials as though they are royalty.

Wherever they live, the first encounter most people have with human society is growing up at home with their family, where their parents are the leaders. This deeply rooted experience could explain why, for example, many Americans are still fascinated with the British royal family even though the United States declared independence from King George III more than 200 years ago.

Alternately, your queen dream could show your feelings of resentment that your elected officials have become arrogant and overstepped the boundaries of their positions. You might think they are acting as if they are royalty with no limits on their power.

A queen is an authority figure who is specifically female. A queen in your dream could therefore represent your mother, especially if you have felt dominated by your mother lately.

As noted above, a style of government focused on a king and queen hearkens back to childhood memories of one’s parents ruling the household. It can be challenging for dynamics within a family to shift appropriately as the children grow up and become adult peers of their parents. A queen dream could refer to difficulties around a shift of this sort, whether you are the parent being dethroned or the child realizing the queen is just another human.

A queen dream could refer to a situation where someone is acting as though there are no limits on their power. Professional advice blog Ask a Manager regularly comments on situations of that sort in small businesses, which tend to have fewer checks and balances on the power of the people at the top than large corporations do, and recently summarized, “That said, the longer I write this column I more I think that no one should ever work for a small business, especially one where they report to the owner, unless said owner has passed a rigorous battery of assessments of their acumen in both management and life.”

While either a king or a queen could be tyrannical in that way, the stereotype of women as more emotional than men could play into your dream of a queen. Such a dream may symbolize a situation where someone is using the threat of an emotional display to bully you into doing what they want. Even if the person in your waking life who behaves in this way is male, this is a form of power that people often, rightly or wrongly, associate with the feminine.

In the novel Alice’s Adventures in Wonderland by Lewis Carroll, the Queen of Hearts was notorious for calling out, “Off with their heads!” whenever anyone upset her. Her tyranny evaporated, however, when Alice finally told her, “You’re nothing but a pack of cards!”

Your queen dream may similarly ask you to look objectively at how powerful the tyrant in your life really is.

Sometimes hierarchy serves a necessary purpose in a community, as discussed in bee dream symbolism. Your queen dream could symbolize a situation where there is a clear chain of command that you need to respect.

There is a difference between having power over people and being disrespectful of them. Your dream of a queen may ask you to reflect on whether the queen bee in your situation is using her power appropriately.

Queens often have more money and resources than most people do, and they are seen in luxurious environments. Dreaming of a queen could therefore symbolize that you are interested in increasing your material wealth or that you are on the road to doing so.

Money dream symbolism includes power, opportunity, and self-worth, so a queen dream that emphasizes the riches of the queen could symbolize that you want to gain these qualities associated with money.

If you are a woman having a dream about a queen, this could symbolize that you are developing a style of leadership that succeeds not in spite of you being a woman, but because you are a woman. You may be considering becoming a mother, or you may be competing with other women for status.

If you are a man having a dream about a queen, this dream could refer to developing parts of yourself that you think of as feminine, such as emotions, intuition, and the capacity to nurture. You could have a dream of this sort no matter what your sexual orientation is.

In the LGBTQ community, the power of the queen archetype can resonate in unique ways. As in drag performance, for example, you don’t have to be a woman to be a queen.

If you are part of the LGBTQ community, a queen dream could reflect your feelings about that. If the portrayal of the queen is friendly, your dream could suggest you feel nurtured by your community and secure in your sense of yourself. If the queen is portrayed in a derogatory or unkind way, however, this could refer to a situation where you have been treated poorly on account of your sexual orientation or gender identity.

Dream that you are a queen

If you dream that you are a queen, this could symbolize that you are coming to have more control over the basic circumstances of your life. For example, you could be moving out of your parents’ house or a rented apartment into a house you bought, or you could be leaving a job at someone else’s company to become self-employed. However modest your new digs may be, you finally have your own castle.

Dreaming of being a queen could also symbolize that you are or would like to be taking on a leadership role in your work or in your family. Whether or not you are female yourself, this leadership role may involve a component of nurturing others.

Your dream of being a queen could alternately be mocking you a little bit and encouraging you to dial it down if you have become too imperious and demanding toward others in your life. A queen dream could also be calling you out as a “drama queen” for overreacting to petty slights.

Dream that a queen died

If you dream that a queen died, this could symbolize that you feel your capacity for leadership, especially of an emotional or intuitive variety, is threatened. As queen symbolism also includes motherhood, this dream could also symbolize a problem with your mother.

When anyone in a position of power dies, however, it means there is room at the top. If you feel liberated rather than sad when the queen dies in your dream, this could mean that an authority figure who has been holding you back will get out of your way.

Dream that a queen is upset with you 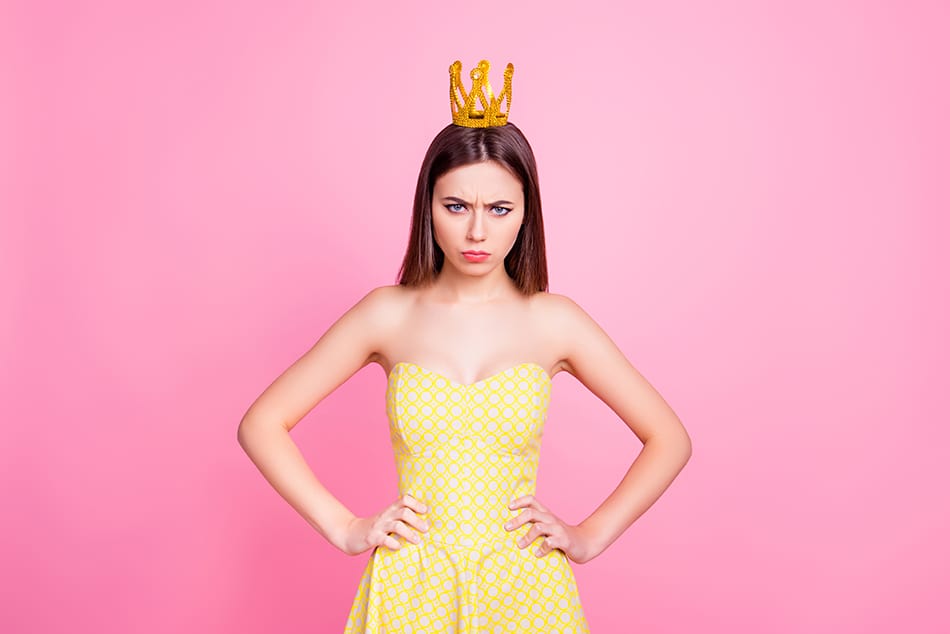 If you dream that a queen is upset with you and threatening to punish you, this could be a different vibe from the court process alluded to in jail dream symbolism. Instead of holding an organized trial and looking at the evidence, a queen might be able to punish you more impulsively according to her own whims.

This dream could therefore symbolize that you feel like you are tiptoeing around someone who is irrational or easily angered. You might feel powerless, like there is not a logical process you can follow to stay out of trouble with this person.

Whether a queen is quietly regal or wildly tyrannical in the way she carries herself, she is undoubtedly powerful. Your dream of a queen can therefore show your attitude toward power, especially toward powerful women or types of power associated with women.