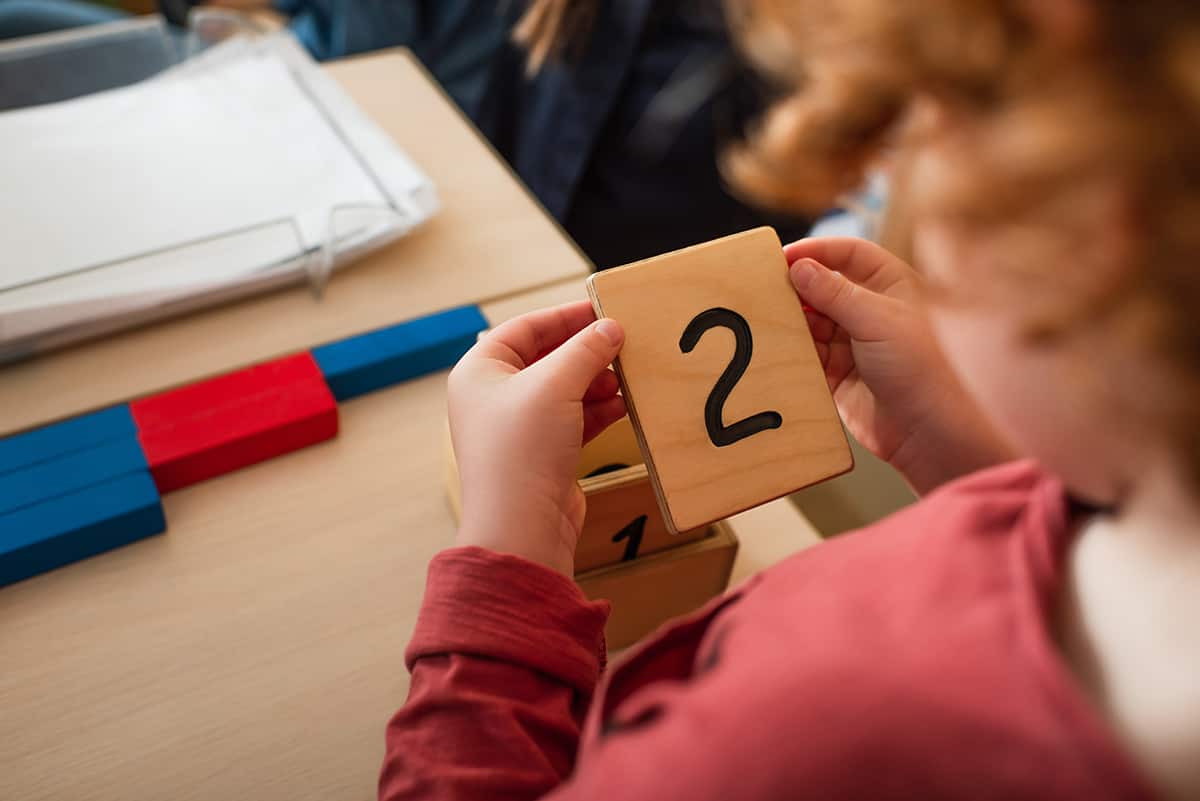 How much you enjoy your dream of the number 2 may show how well your encounters with others are going for you at this time.

As described in number dream symbolism, the number 2 can symbolize relationships and coming together. If the emotional atmosphere of your dream of the number 2 is positive, the dream could mean that you will be able to connect with another person in a way that you find welcome. 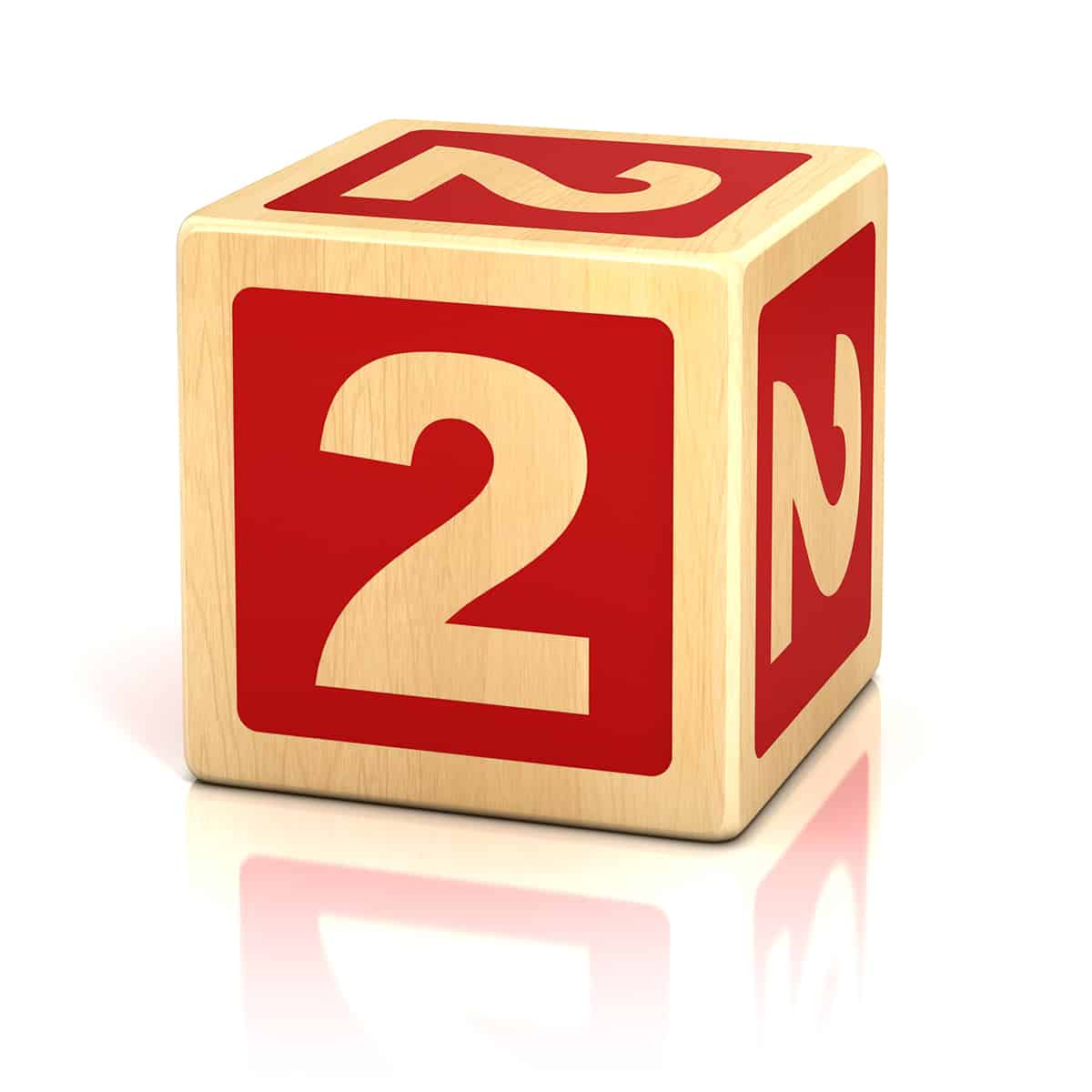 One of the bigger symbolic meanings of the number 2 has to do with relationships — as in, two people connecting and coming together. Especially if you’ve been single for a long time, suddenly dreaming of the number 2 could reflect that you are opening on some level to the possibility of changing your relationship status.

However, a dream of the number 2 that has a negative emotional atmosphere may suggest that there is something off about the way you are pursuing relationships. Perhaps you are involved with someone who brings out the worst in you, or your quest for partnership is so obsessive that you have lost yourself. You might need to spend some time alone to figure out what the problem is.

A dream of the number 2 can reflect that you are weighing two options for a choice in your life. It may seem like you have to pick one or the other.

If your dream shows something like two doors, the characteristics of each door could give you insight on your options. However, if the dream has just the number 2, perhaps it is more possible than you think to have some of both options.

An upsetting dream of the number 2 could symbolize that you are involved in a conflict that is rigidly polarized into two opposing sides. You might feel like you need to pick a side, even if there are people you care about in both camps.

Alternately, maybe you have picked a side in the conflict, and you are totally convinced that the other side is entirely wrong. Even if you’re correct in that assessment, you might need to be careful to avoid becoming what you hate.

Like a dream of a doppelgänger or double, a dream of the number 2 can symbolize that people seem to be playing clear roles in a situation you’re involved in. It might look like there’s an obvious good guy and bad guy — or maybe there’s a more innocent division.

Sometimes people want to differentiate themselves from each other as a way of defining their identity. This often happens in a sibling dynamic where there’s something like a smart one and a pretty one, or an athletic one and an artistic one. It’s not necessarily a problem if everyone involved is happy with it, but it can become a problem if somebody feels unable to develop to their fullest potential due to the constraints of the role they’ve taken on. See also twin dream symbolism.

Number 2 can be a slang term for a bowel movement, as referenced in the movie Austin Powers: International Man of Mystery. It most commonly comes up in the context of a parent asking a child who needs to use the toilet whether they have to go number one (urinate) or number two (have a bowel movement). This association is more likely to be relevant to your number 2 dream if other factors in your dream also support it, but a dream of the number 2 could potentially refer to your digestive health. See also poop dreams. 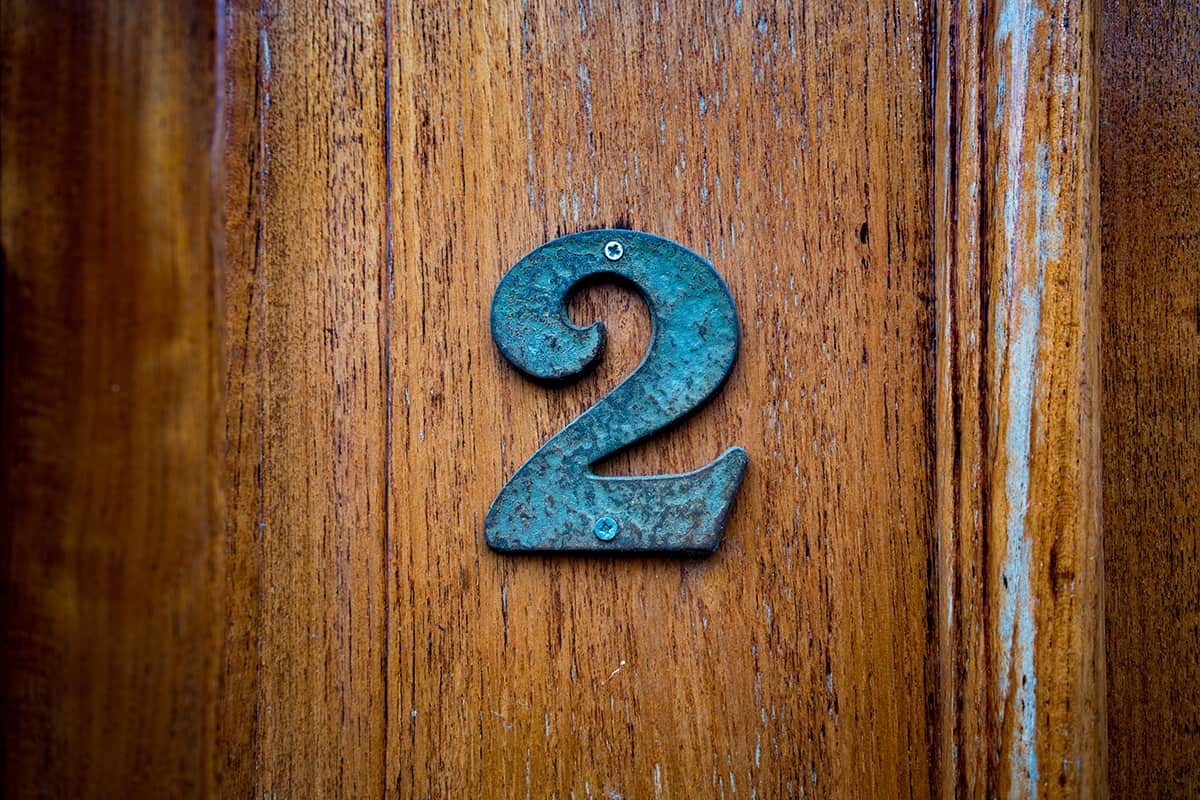 If you see the number 2 on a sign in your dream, the scenery surrounding the sign could be a clue to solving some problem in your relationship life. For example, if your dream has the number 2 on a road sign in a forest, this might suggest that spending time in nature together would be a good way to refresh a relationship that has gotten in a rut.

Alternately, if your dream shows the number 2 on a sign in a populated city, this may symbolize that socializing with lots of people is a good way for you to meet a partner now.

Dream of a road forking in two directions 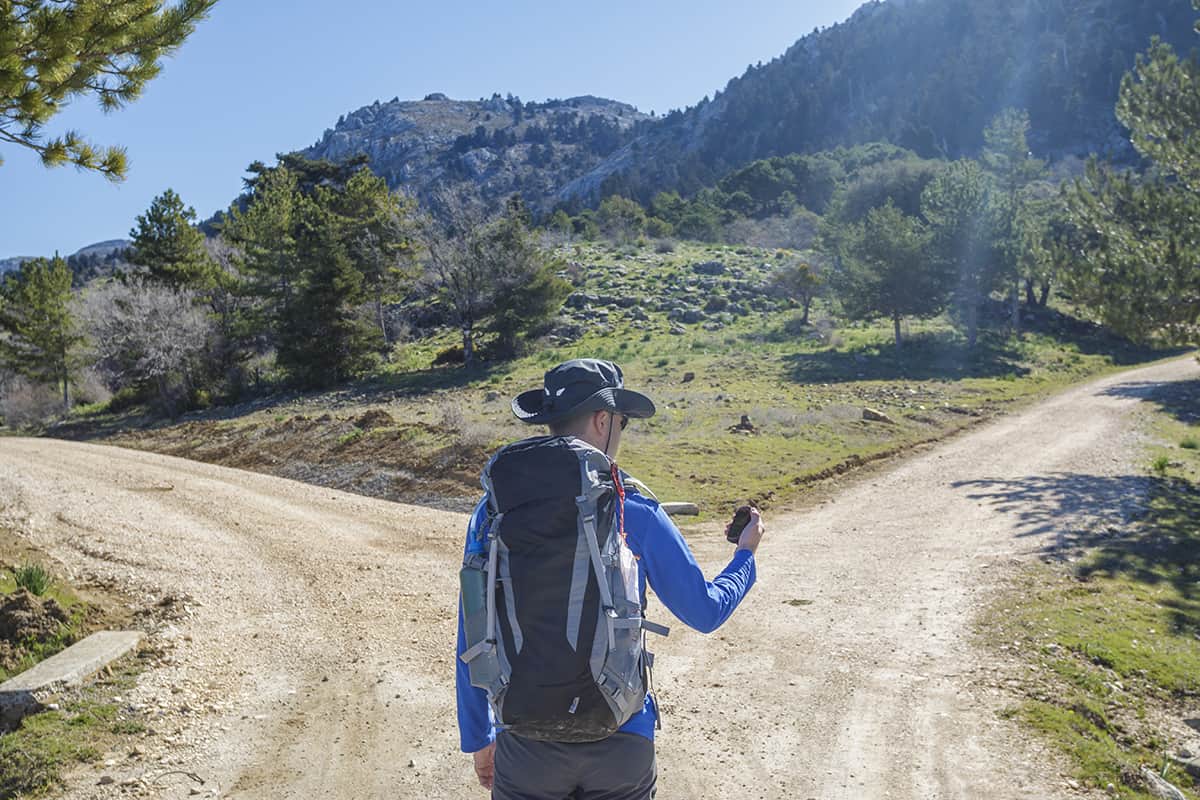 A dream of a road forking in two directions could symbolize that you feel you must make a crucial choice that will alter the course of the rest of your life. However, perhaps the moment is not quite as dramatic as you are making it, and just acknowledging this might make it easier to decide how to move forward for the moment.

Baseball player Yogi Berra is known for the ambiguous saying, “When you come to a fork in the road, take it.” However, as Quote Investigator reports, Berra actually lived on a road where both the right and left forks led equally efficiently to his house. Maybe you too will come to discover that there are multiple possible paths to reach your goals.

Relationships with other humans can sometimes bring joy that you wouldn’t experience on your own, though their benefits often come with challenges. Your dream of the number 2 may show either the bliss of coming together or the pain of conflict. However, you might need to remember that sometimes fighting is a way of looking for connection that you haven’t figured out how to ask for otherwise.

Dreaming of a Centipede – Meaning and Interpretation
Recent Posts