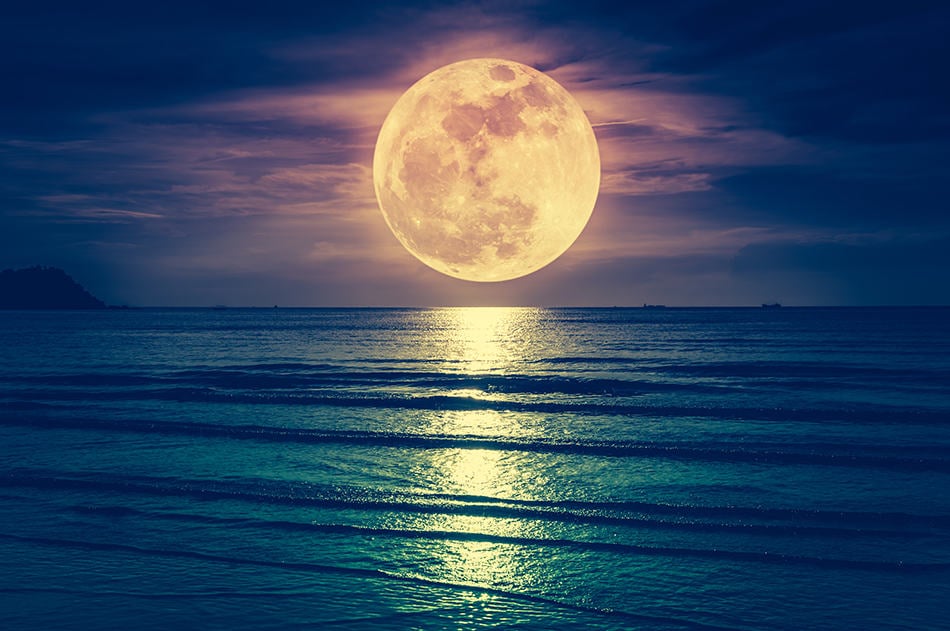 Moon is among the most common dream symbols in general. In popular culture, dreaming and sleeping are usually depicted with the moon and stars. In movies and cartoons, the moon shows up as the symbol of dreamland.

It is not surprising we dream about it often. Dreaming about the moon can be defined as a meta dream. Thus, it signalizes the part of our character that is dreamy, lulling, and mysterious. In other words, the moon is related to unconsciousness. I will try to specify it carefully in the article below.

The Symbolism of The Moon

Being the closest celestial body to our planet, the moon has always been an essential part of human understanding of the world that surrounds us. It plays a significant role in various cultures, mythologies, and religions around the world.

The Moon as The Symbol of Femininity

Therefore, the moon has been related to various archetypes throughout history, and most of them were female:

In traditional Chinese culture, the moon was seen as the symbol of human emotions. It influenced both the Chinese lunar calendar and philosophy.

In Chinese literature, the moon has always been a great aspiration for poets, and it was used frequently as the literary light motif.

The Chinese celebrate the full moon through the Moon Festival in the fall, as the omen of abundance and fortune. They make moon cakes for this occasion.

Since it is believed that marriage is prepared on the Moon, this festival plays an important role in the life of lovers. Couples hike up on mountains or hills to wish over the moon.

In traditional Japanese mythology, the moon symbolizes the human core, represented by Tsukuyomi, the moon god.

The moon is one of the most frequent motives in Japanese paintings. It is usually gigantic, placed behind the sea or the trees in blossom.

The Japanese also celebrate the moon annually. They developed the custom to offer sacrifices to the moon, in order to thank him for the harvest season.

The moon takes various shapes during the changing of its phases, which inspired people to give them different meanings.

The new moon symbolizes new beginnings and a fresh start. The crescent moon is the personification of femininity, birth, and creativity. The full moon is the symbol of dreams and ideals we are striving for.

The balsamic moon symbolizes the recovery time, a period for gaining peace. It is the personification of throwing away bad things. The gibbous moon signifies the moment of stepping back and rethinking our lives. It tells us to adapt and accommodate easily.

Dreams About The Moon

Dreams about the moon come in various forms, depending on the moon’s shape, on our relation to it, and on the context. I will try to categorize them into different sections.

Dreams About The Full Moon 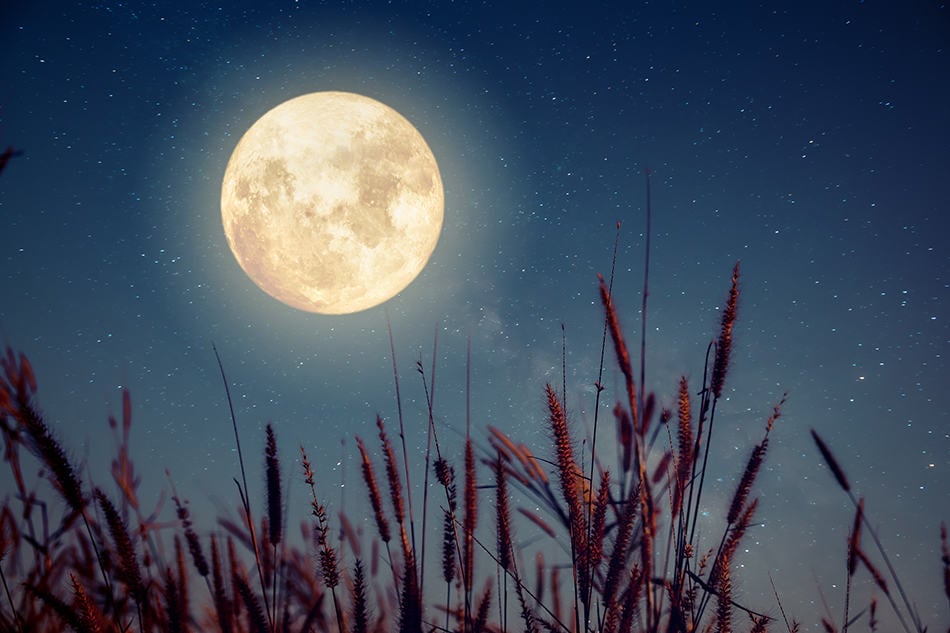 The full moon has always been carrying a strong mysticism, due to mythology, religion, and art. It was usually related to the creatures of the night, such as witches. However, if you dream about it, it doesn’t need to have any mystical connotation.

Dreams about the full moon can symbolize your inner qualities trying to express themselves, thus, it represents something unfinished. But, if you dream about an exceptionally beautiful and grand full moon, it might symbolize something accomplished and complete.

Dreams About The Crescent Moon 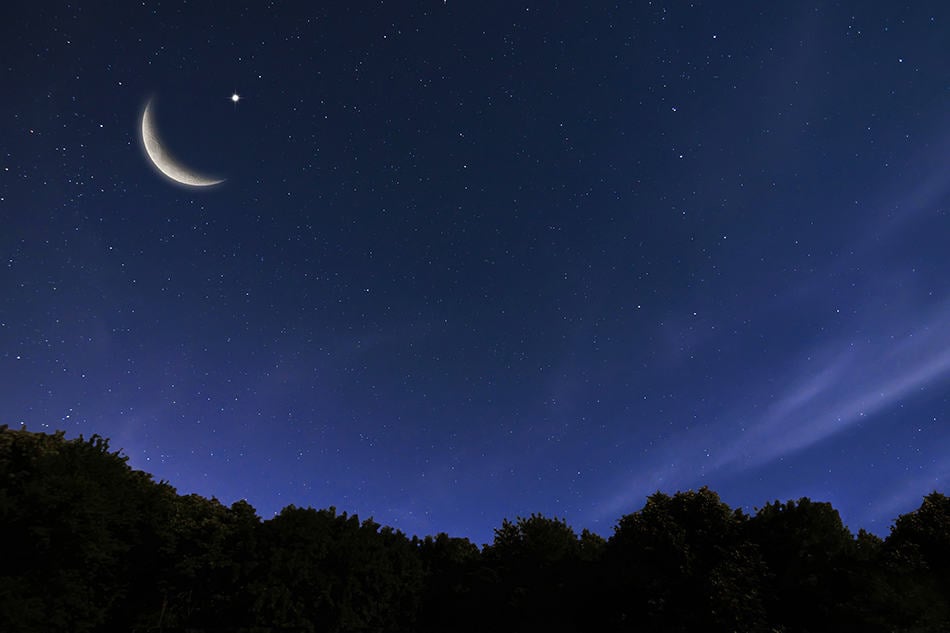 If you have dreamed about the crescent moon, consider it a good sign. The crescent moon is a symbol of change. It is usually referred to as positive, related to either some development, adjustment, renewal.

Sometimes, dreams about the crescent moon announce pregnancy or childbirth. In any case, you can expect a new experience, adventure, gaining new knowledge, or simply a change according to the cyclic pattern of nature and a new beginning. 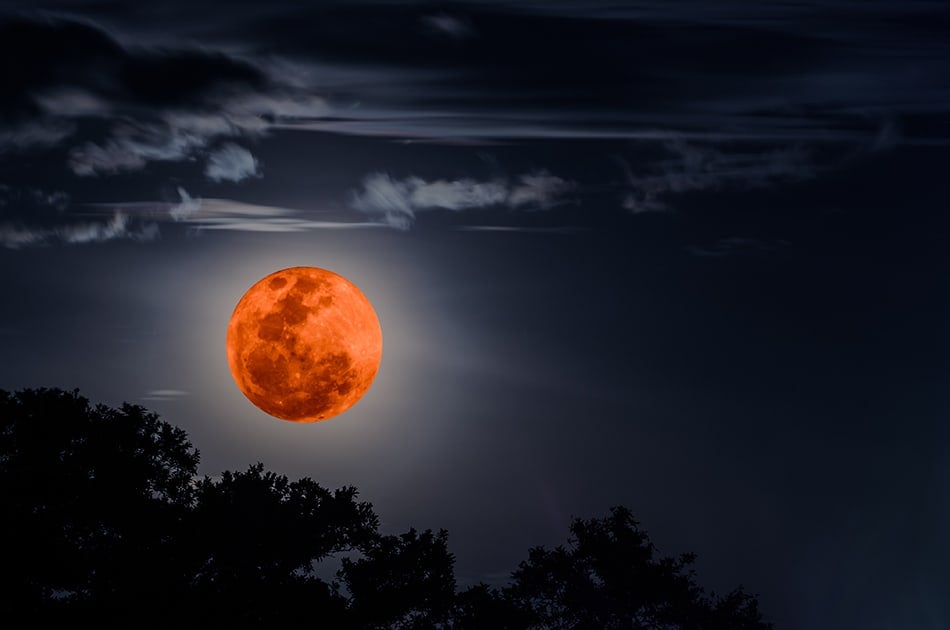 A giant bloody red moon in the sky is a sign of life-changing events. They might be dangerous, or just dramatic and scary to you. If the red moon is full, it predicts your partner will disappoint you in the near future.

A similar meaning has the dream of a red moon clouded with the earth’s shadow – you can expect some sort of infidelity.

If the blood moon is near the sun, it might be a sign of financial fraud. Be careful not to fall for the scam, otherwise, you will have serious troubles. 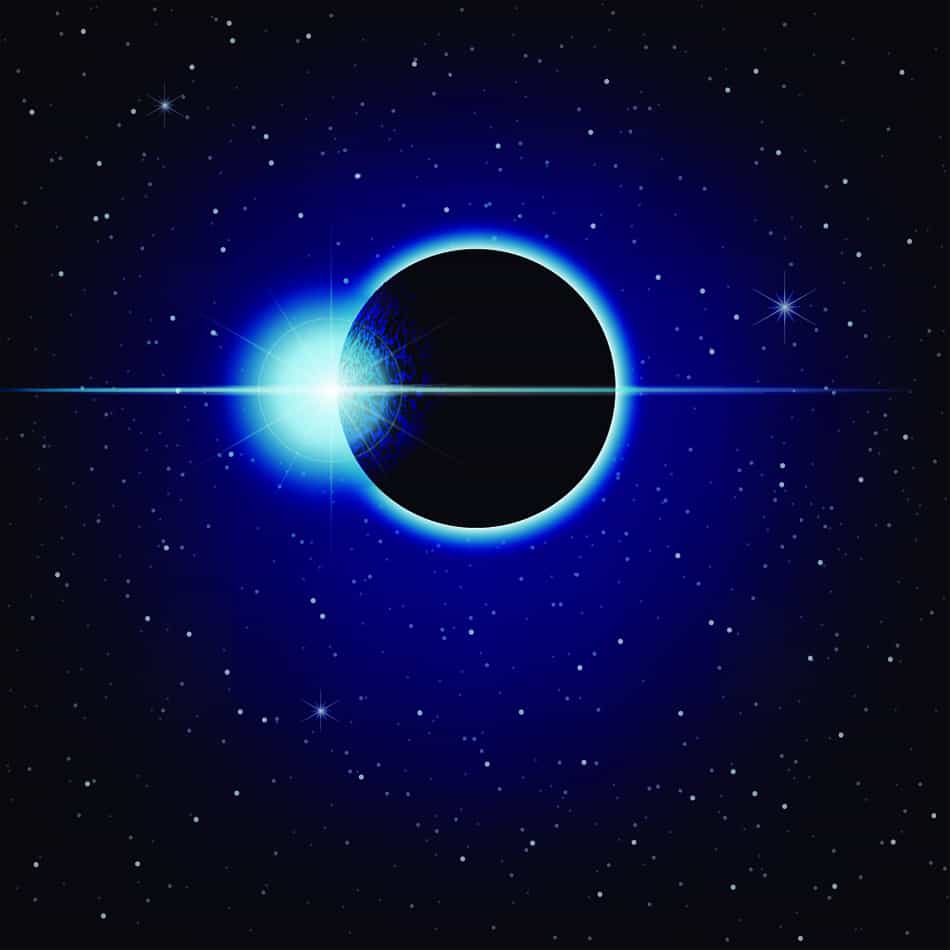 Another example of the symbolism of the new beginning is dreaming about the lunar eclipse. This natural phenomenon, when seen in dreams, announces the time of self-confidence, belief, and new opportunities.

The lunar eclipse represents an obstacle that was shadowing you. The source of your light was closed and you were prevented from making a success.

This dream should encourage you to find a solution to the problem and to make a life-changing decision. The decision might not be easy and pleasant, but in the end, it will help you shine yourself.

Additionally, the dream about the eclipse might suggest your feminine and gentle side is hidden by something. Your tougher side might be putting a shadow over it, so use this dream to rethink your nurturing potential once again.

Dream About Being Close To The Moon

Living or Traveling to The Moon

Dreaming about living on the moon signalizes you’re isolated from your loved ones, ignoring them. This dream reminds you to go back to them. Additionally, sometimes it can signify you’re stuck in some dramatic or weird situation.

If you dream of traveling to the moon, you can expect the good news. They are usually related to your family (childbirth, marriage, etc.), but it can also signify your achievement at work.

Touching The Moon in Dream 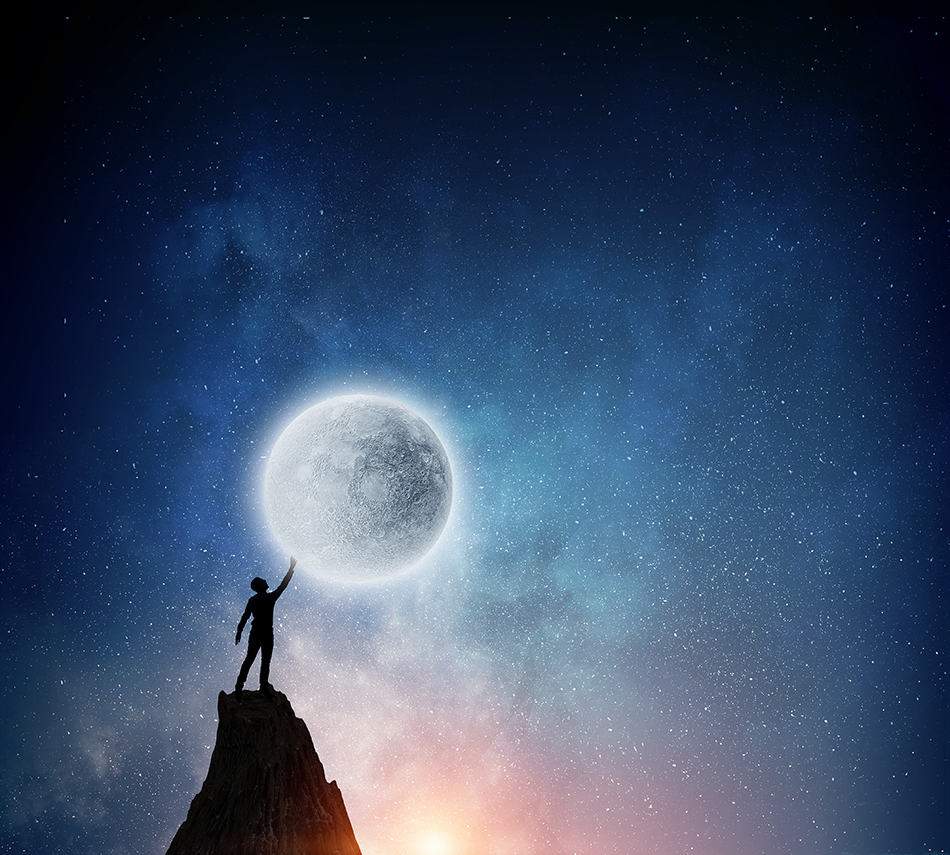 If you dream about touching the moon, it suggests you aspire for something. Such a dream is usually associated with your desires, dreams, and fantasies, related to emotions.

It means you want something so much, that you put it in the idealistic realm. The object of your desire is almost unreachable.

Whether you dream to spread your hands toward the moon and touch it from the Earth or being in the sky, close to the moon, these dreams are considered to be quite rare. Use its wisdom to make your wish come true. 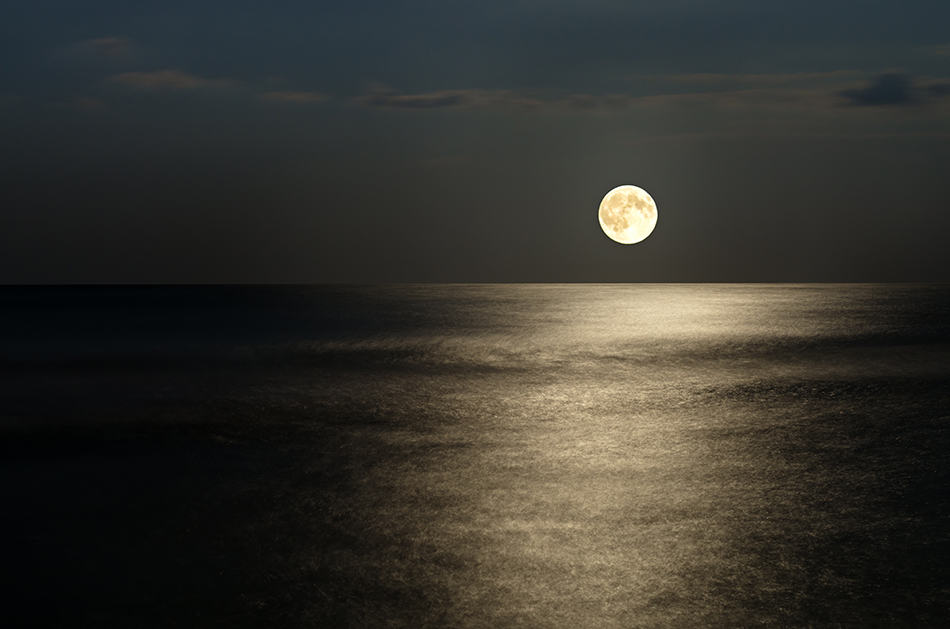 Dreaming of moonlight is always a positive sign. It stands for hope, peace, and reconciliation. Bright moonlight announces clarification and resolution of some cloudy situations.

A shining moon brings you a new perspective, making you learn things in a different way. Try to follow your instincts more after this dream.

Additionally, if a person close to you is bathed in moonlight, it may be a sign for you to be careful, since this person may not be as loyal to you as you believed. If you stand under the moonlight along with your loved one, this dream announces your future life will be happy together.

Dark Side of The Moon: One Step Closer To Unconsciousness

Dreaming about some celestial entities is always considered to be related to our inner selves. The meanings of such dreams are usually quite strong and multiple. When we dream about the moon, in general, we try to correspond to ourselves and to gain our inner balance.

Sometimes, it is easier and more effective to make this conversation and get the balance during the dream than in the waking life. Try to keep this feeling for the awakening, in contemplation of all possible meanings the moon has brought to you.

Have you ever dreamed about the moon? If yes, what shape was it? Did you find our explanations useful?