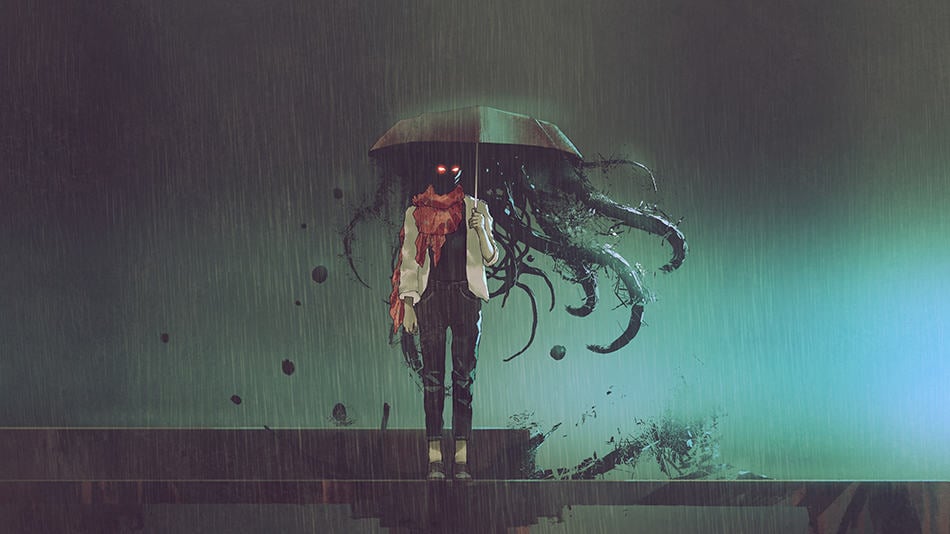 Monsters are generally understood to not be real, but your dreams are not held to the standard of including only things that are strictly real.

When a monster appears in your dream, though, it might be symbolic of some person in your waking life whom you, rightly or wrongly, see as a threat.

Some monsters are goofy and silly. Even if they are cast in a negative role in your dream, they could symbolize a simple, childlike view of the world where good always wins in the end.

For a monster that is truly scary, however, the symbolism of a monster dream may be similar to that of a demon dream. This type of monster dream can symbolize that you feel attacked by someone or something in your life, and you might have real cause to be afraid.

Not everyone who looks like a monster actually is one, though, so a monster dream could alternately symbolize a situation where you are treating someone with prejudice or as a scapegoat. 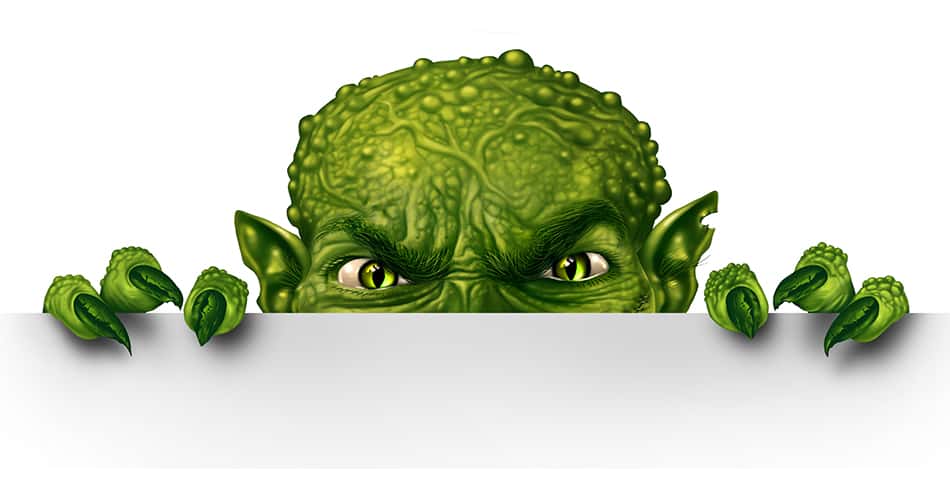 As with dragon dream symbolism, you might see monsters in your dreams if they are common in the type of books and movies you consume. Interpreting a monster dream could therefore go in the direction of looking at why you are drawn to that type of entertainment.

One explanation for your attraction to monster-themed entertainment might be that you find routine life boring and long for something larger than life. Also, the monster is usually defeated in the end in such stories, so you could be drawn to such stories for their sense of justice.

If you are genuinely afraid of the monster in your dream, the monster could represent someone in your life who scares you. The honesty of seeing them depicted as a terrifying monster could at least be refreshing, because such a person probably passes as a completely ordinary human as they get away with however they are terrorizing you.

Not everyone who looks like a scary monster actually is one. Dreaming of a monster could symbolize a situation where you or others have made someone out to be a monster due to prejudice. You may need to review your approach to such a person and make sure you are treating them fairly even if they are unusual in some way.

Dreaming of a monster may symbolize that you are trying to find who is at fault for some problem and could be trying harder. It may feel easier to blame someone who seems to be a monster than to admit that things are complex or that you might have at least some amount of responsibility for the outcome yourself.

Dream about a monster chasing you 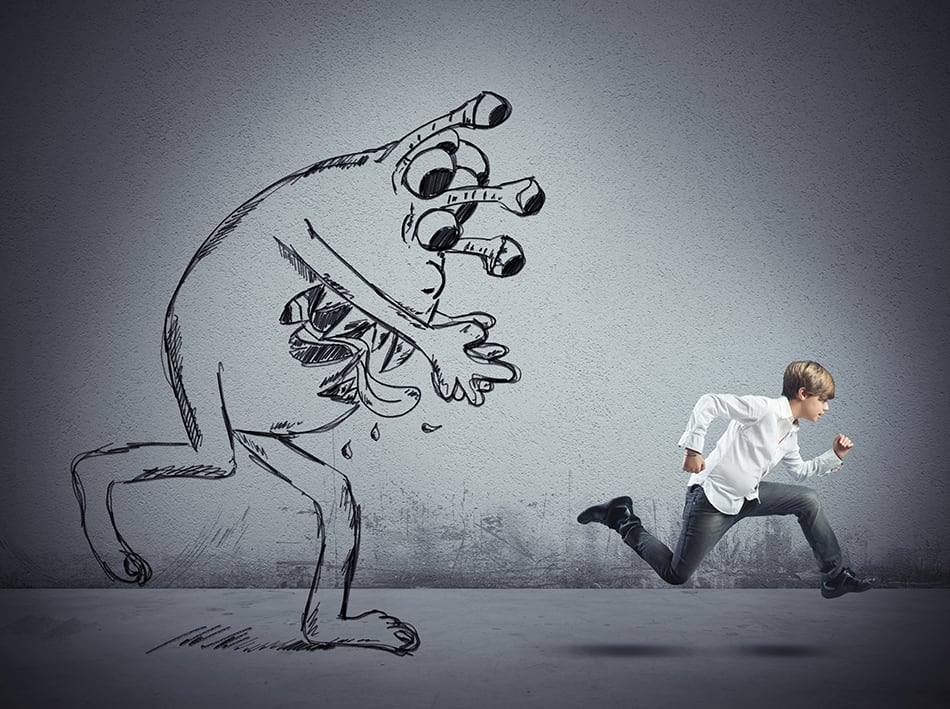 Dreaming about a monster chasing you could symbolize that you have some problem in your life that you feel like you just can’t get ahead of. Monsters often can’t talk, and it might similarly seem like talking to whoever you have the problem with in your life would not get you anywhere.

With rational discourse off the table, your options are fighting or fleeing. If you are fleeing from the monster in your dream, this is probably because that seemed like the safer option in the moment. If the chase never ends, though, you may have to consider how much worse off you would be if you tried fighting back – both with the monster in the dream and with whatever situation is out of control in your waking life.

Dream about fighting a monster 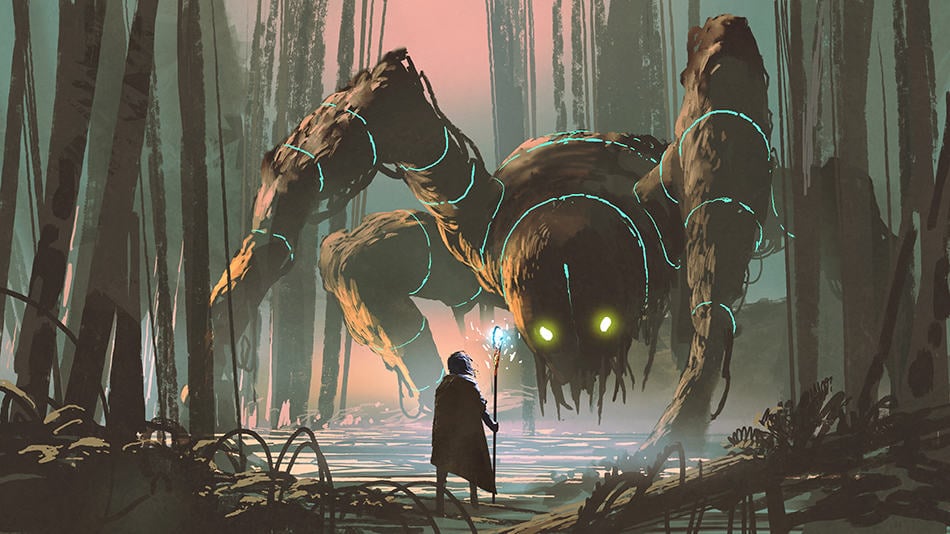 If you dream of fighting a monster, and you win the fight, this is a good omen that you have the strength to confront whatever challenges you face in your life. You may tend to view things with a more competitive mindset than they necessarily warrant, but you might as well do what works for you.

If you dream of fighting a monster and losing the fight, you might have to look at how the fight began to interpret the dream. If the monster attacked you, and you tried to defend yourself, this could symbolize that you feel overwhelmed by someone in your life who seems to be out to get you.

If you picked the fight with the monster and then lost, though, this could symbolize that you are more confident than your skills warrant in some way. Developing a more realistic view of your capabilities can help you use and grow them more effectively.

Dream about a sea monster 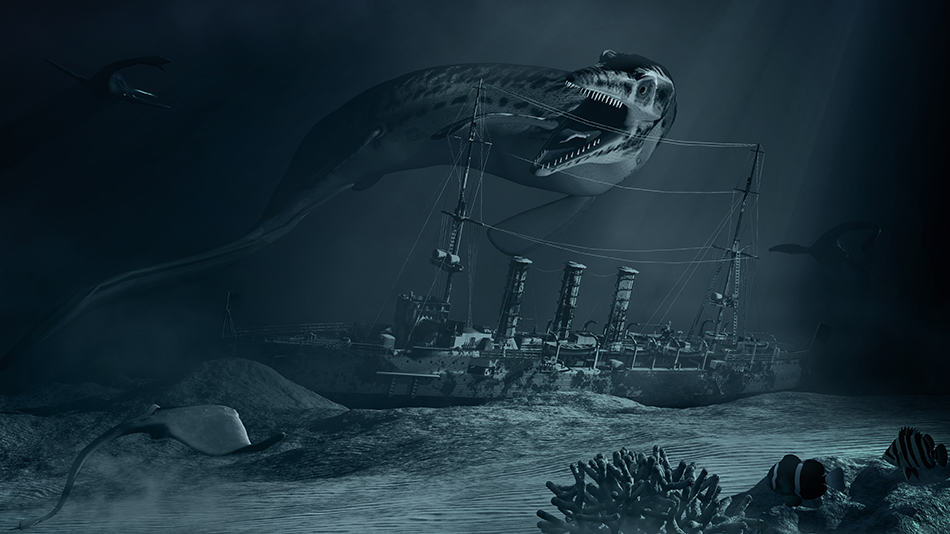 Alternately, a sea monster dream could symbolize that someone else in your life uses their intense emotions to manipulate you. You may feel pulled into this person’s vortex, especially if they seem to be very dependent.

Dream about a monster in your closet 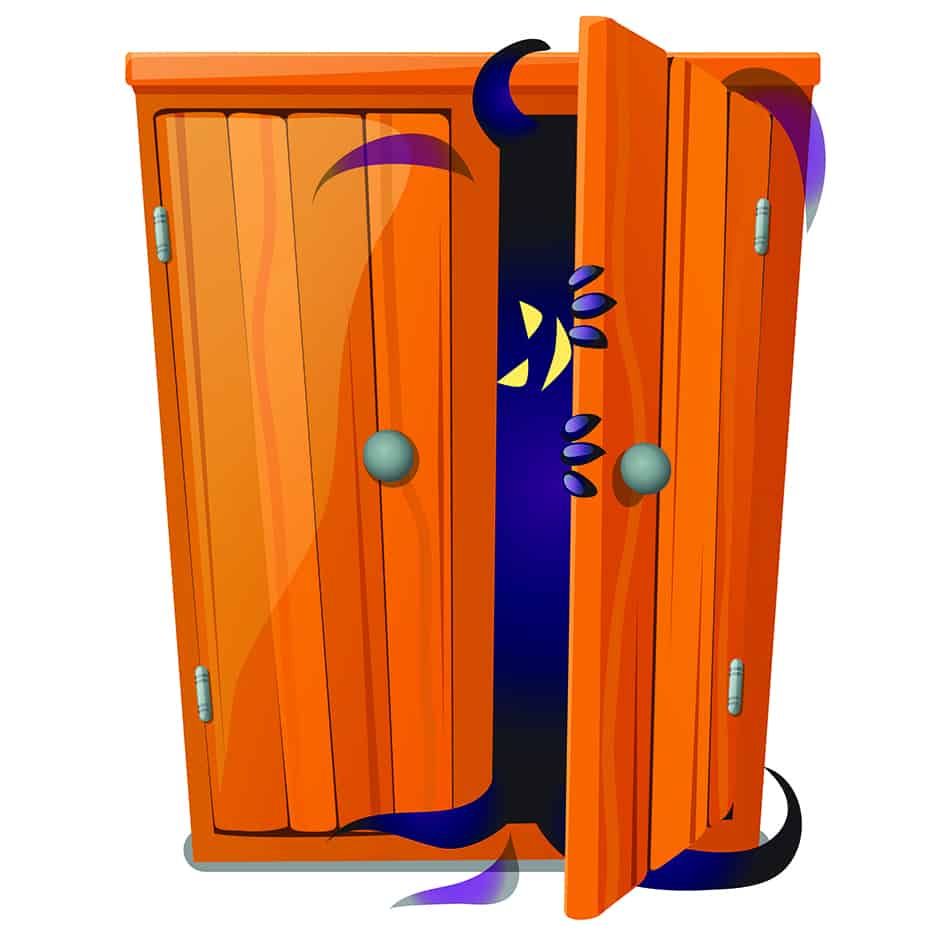 Monsters in the closet are a common complaint of children, so dreaming of monsters in your closet could symbolize that you feel like big challenges in your life are putting you in a helpless, childlike role.

Your closet is where you put your stuff, though, so dreaming of a monster in your closet could symbolize that you are afraid some secret of yours has the potential to cause trouble for you. You may be trying to keep it hidden, but the secret, like a monster, might seem to have a life of its own beyond your control.

Dream about a monster under your bed 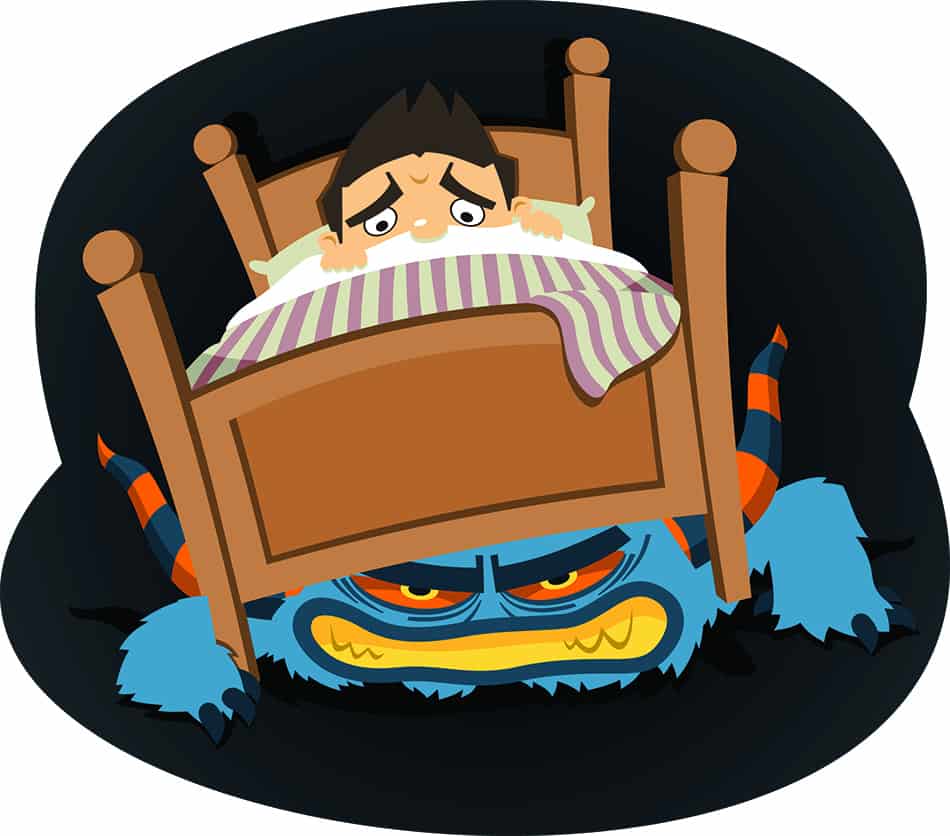 Like monsters in the closet, monsters under the bed are also a common complaint of children, so dreaming of a monster under your bed could similarly symbolize a childlike state of powerlessness.

Your bed, however, is where you descend into the vulnerable state of sleep, so dreaming of a monster there could symbolize that you feel unsafe in a place where you should feel safe. This might refer to a problem with trust or loyalty in one of your close relationships.

Dream that you are a monster 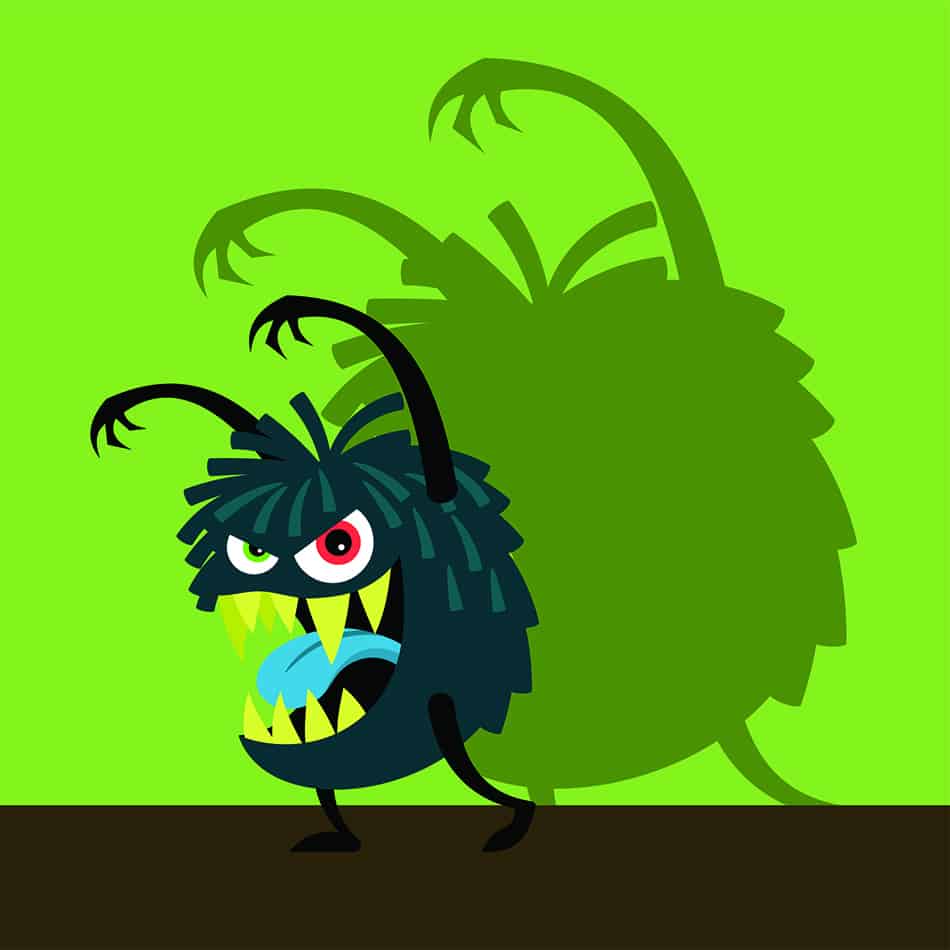 If you dream that you are a monster, this could symbolize that you feel judged unfairly by the people around you, perhaps to the point that they don’t seem to see you as human. They may be scapegoating you or treating you with prejudice, and it could be getting to you.

You might also feel that, if people are going to treat you like a monster no matter what you do, you may as well embrace the power of the monster role. Monsters are generally not accepted within the norms of society, but they are not held back by the norms of society, either, so a monster might be able to accomplish something important that everyone else is too inhibited to do.

Alternately, a dream that you are a monster could symbolize that you feel guilty about something you are doing. Even if you have been able to justify your course of action to yourself, part of you might know that it is wrong, causing you to feel like a monster.

This type of monster dream, however, does not necessarily confine its focus to current events. It could show that you are beating yourself up for a mistake you made a long time ago, and you might be the last person to acknowledge that you have changed since then.

Dream that you saw Bigfoot 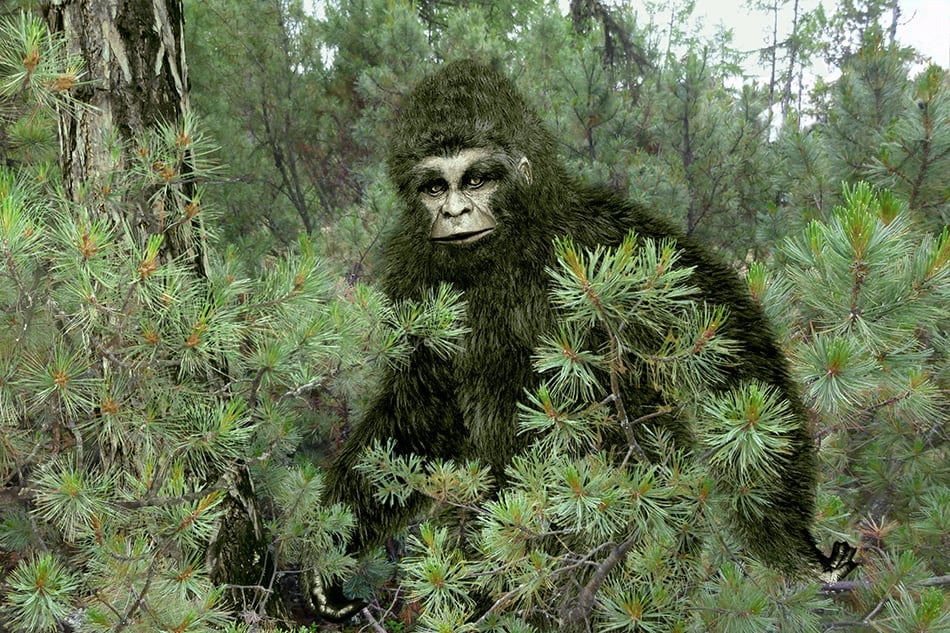 If you dream that you saw Bigfoot, or another monster that is similarly the subject of controversial reported sightings, this could symbolize that you have difficulty getting people to believe you about something that is important to you. Maybe you really did see Bigfoot – or maybe things would be easier for you if you had seen Bigfoot, in the sense that many people claim to have seen Bigfoot, while it seems like no one shares the particular experience that really makes you feel alone and misunderstood.

Though monsters may not be real, seeing a monster in your dream can symbolically speak to many interpersonal dynamics that are very real in your waking life.

A monster in your dream typically represents someone who is at least cast in the role of the bad guy. In some cases, this may be an entirely accurate characterization of someone who is oppressing or attacking you.

Interpreting a monster dream, however, requires the honesty to assess whether your view of someone in your life as a monster is justified by the facts of the situation.