A feather might be part of a dream catcher you hang above your bed to help you sleep peacefully. However, if you actually see a feather in your dream, it can mean you’ve got a message to decipher.

Feathers cover the body of birds, so seeing a feather often means that there’s a bird somewhere nearby. Your feather dream could therefore incorporate aspects of bird dream symbolism, such as communication and information.

As a feather is something a bird sheds and leaves behind, a feather in your dream might symbolize that someone is sending you a message that they are not able or willing to deliver in a completely direct way. You may need to draw your own conclusions from the evidence that is available.

Other symbolic meanings of your feather dream could be associated with the light weight of feathers or their role in decoration. 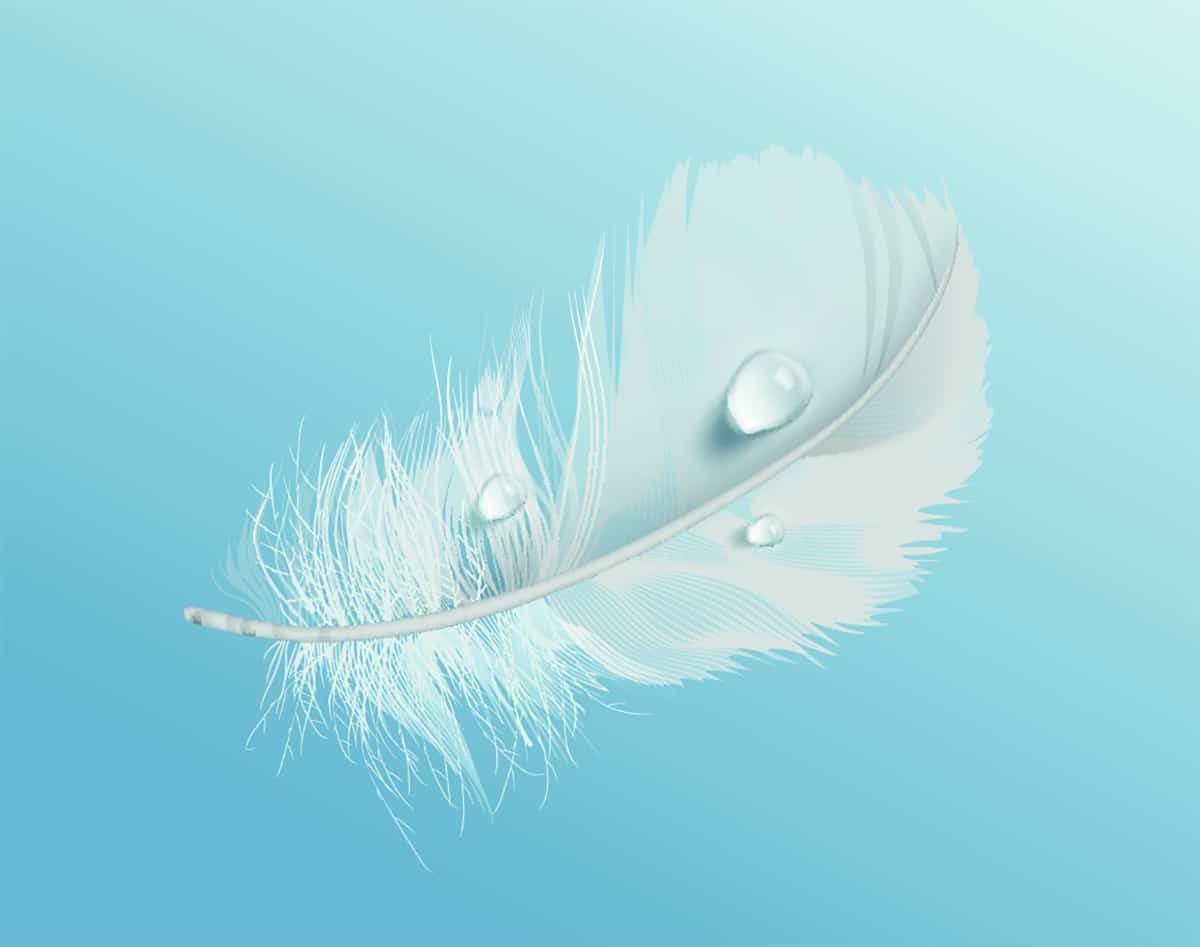 When you see a feather in the wild, you can probably guess that a bird was in the area recently. Even worse, if you see a pile of feathers, you might take it as evidence that a cat or other predator killed a bird.

Seeing feathers in your dream could therefore encourage you to take the clues you see in your environment seriously. There might be some truth you’re trying to escape from — but perhaps the evidence is all around you.

Some people might see a feather as evidence of communication from a deceased loved one or even an angel. After all, angels are often depicted as having wings, sometimes with feathers.

This type of sign is very personal. If you think you have experienced it, trust your own judgment. See also visitation dreams.

Feathers can help birds show off and attract mates. The gaudy tails of peacocks are especially known for this purpose.

Dreaming of feathers, especially if you are wearing a feather in your cap or a wild feather boa, could symbolize that you are eager to strut your stuff. In some cases, this might refer to a healthy level of confidence.

In other situations, a feather dream may show that you’ve crossed a line into making a nuisance of yourself. Paying attention to the emotional atmosphere of your dream can help you discern which interpretation is appropriate for you. Your subconscious probably knows how you’re being received, even if you’re reluctant to admit it to yourself.

A feather plays an important role in the story of the Egyptian goddess Maat. As described in symbols of forgiveness, Maat weighed the heart of a dead person on a scale balanced against an ostrich feather. A heart light enough to balance against the feather was deemed worthy of an afterlife.

Especially if you are familiar with this story, your dream of a feather could symbolize that you’re concerned with determining what is fair and true in a particular situation in your life.

Feathers are known for not weighing very much. Featherweight is a weight class in boxing and other sports that’s actually lighter than lightweight.

Dreaming of feathers could therefore refer to a situation where you or another person is physically smaller than others. Depending on the details of the situation, this might be good, bad, or neutral.

However, being called an “intellectual lightweight” generally isn’t a good thing — it means one isn’t particularly intelligent. “Airhead” would be a synonym. A feather dream involving an insulting or mocking emotional tone could refer to a criticism of this sort, whether you’re making it against others or having it made against you.

Feathers can be used to tickle people, so a dream of feathers could reference this practice. Some people enjoy being tickled, and others hate it, so your own opinion of tickling may determine whether a dream that makes you think about tickling is a good one or a bad one.

What people love and hate about tickling is that your body responds in a way that you’re not in control of. A feather dream that makes you think about tickling could suggest that you’re either longing to be out of control or terrified of this happening.

Dream of a peacock feather 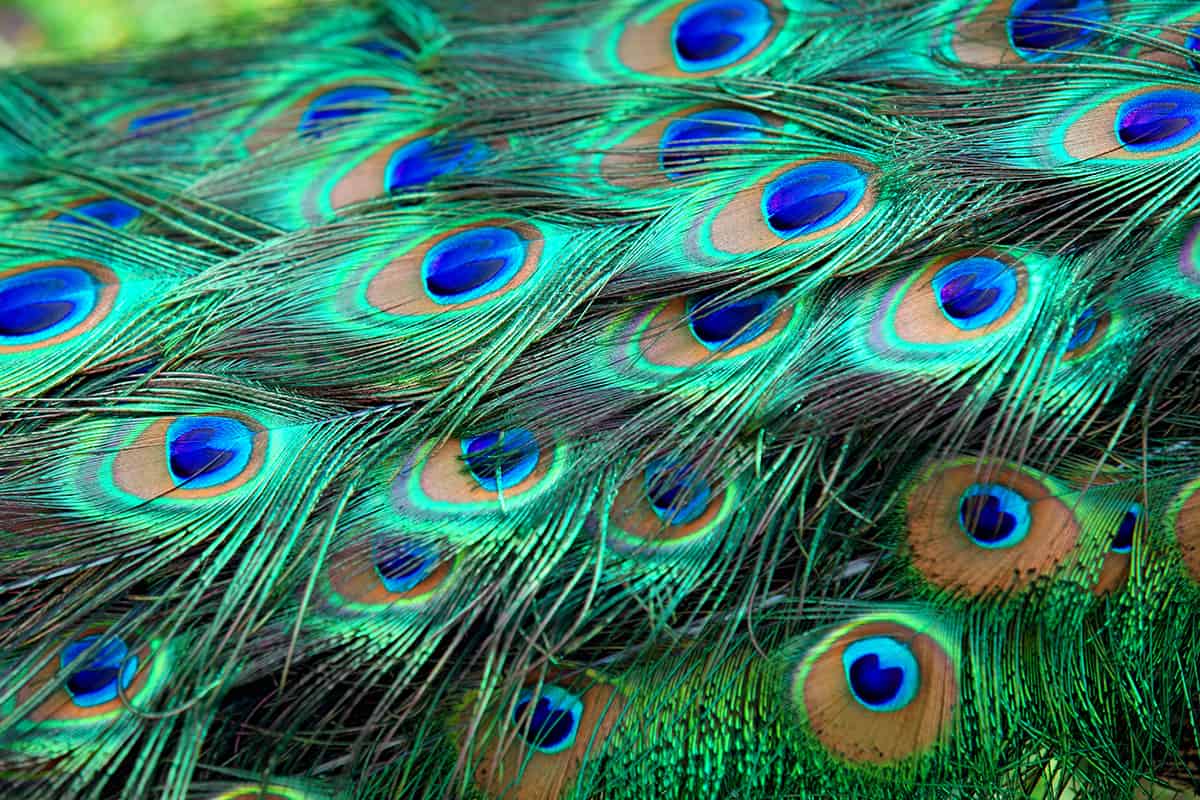 The dramatic tail feathers of a male peacock are used for attracting a mate, as described in peacock dream symbolism. Dreaming of a peacock feather could therefore symbolize that you’re making an exceptional effort to get someone else’s attention. This may be for romantic purposes, but it might also refer to wanting to get noticed professionally or in some other context.

Whatever the situation, there’s probably an element of feeling like it’s not enough to just be yourself — like you must do something out of the ordinary to get the outcome you want.

Alternately, a peacock feather dream meaning could be that you feel like someone else is making a dramatic effort to get your attention. Whether you are bothered or flattered by their display, you notice. 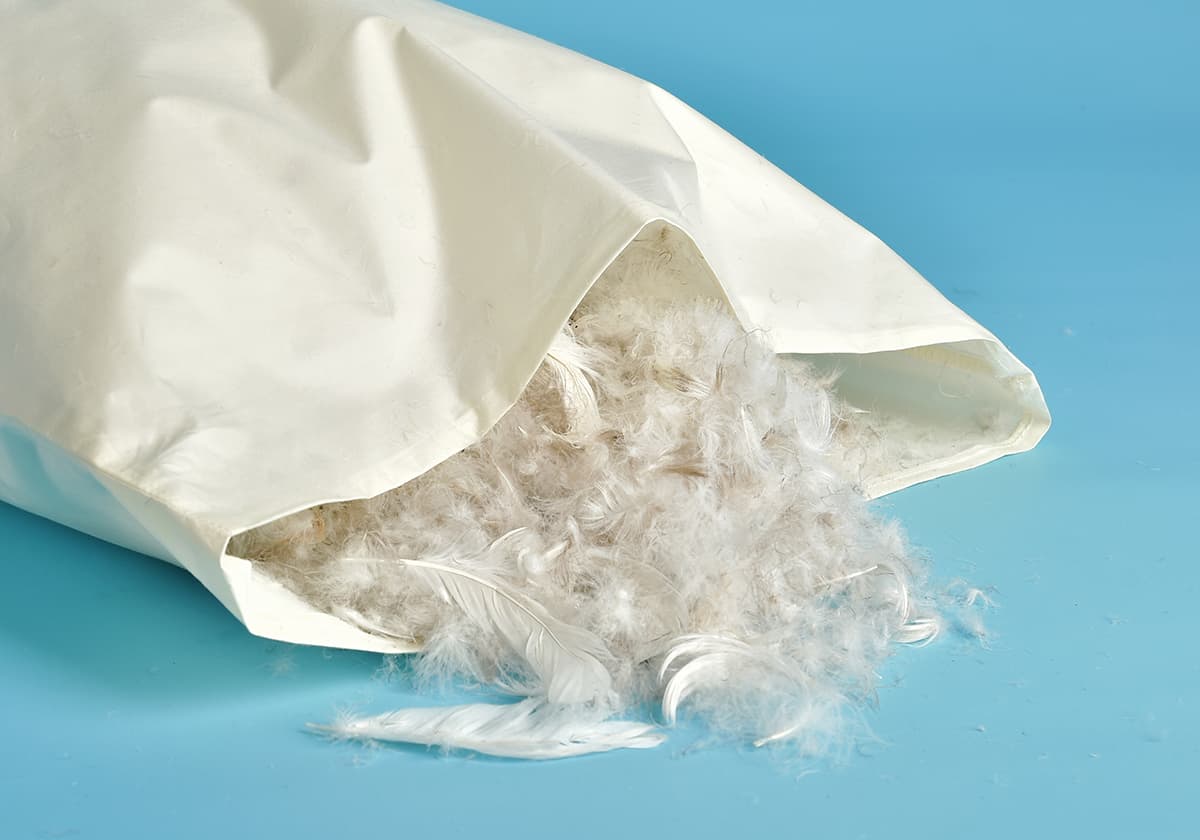 Feathers may be used to fill pillows. As long as the feathers stay inside the pillow, they’re soft and comfortable, but they can make a big mess that’s hard to clean up if they ever get out.

Dreaming of a feather pillow bursting open could symbolize that some situation in your life is getting out of control. Especially if the pillow burst open in the course of a pillow fight, your dream might show that having fun without caution is likely to end in trouble.

Dream of a quill pen 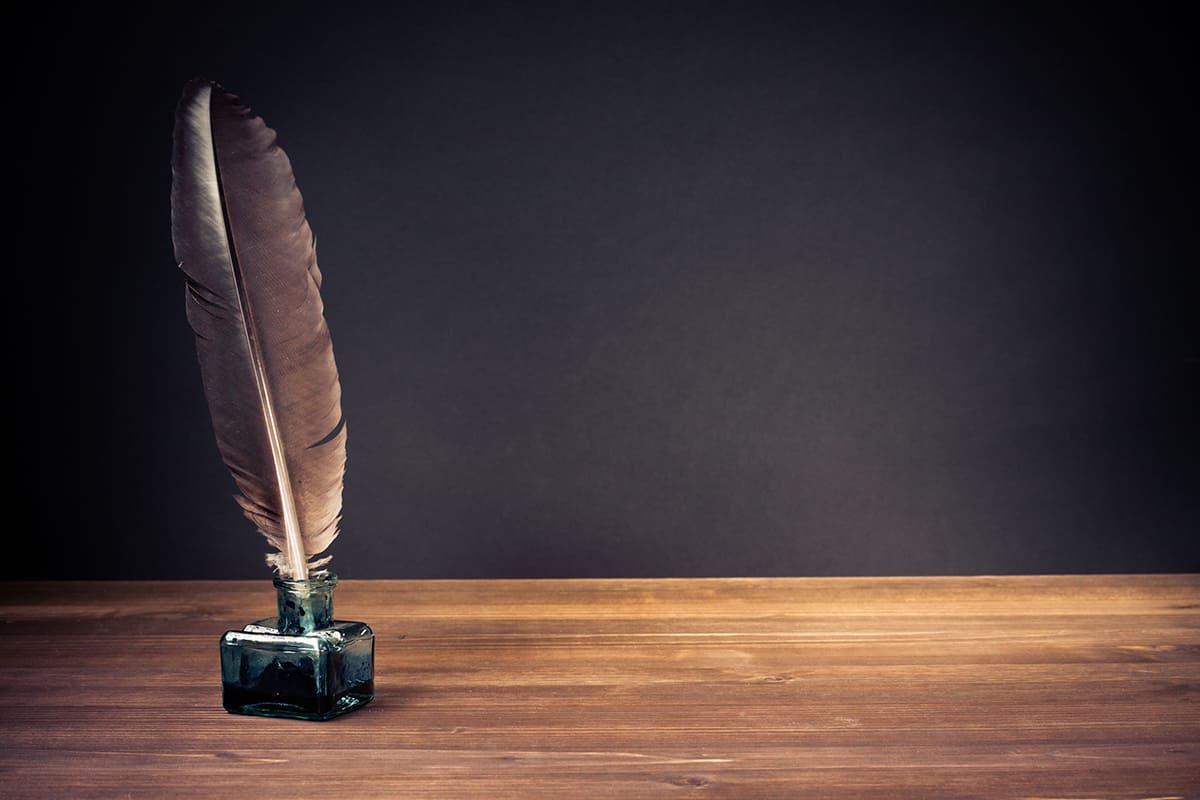 Large feathers have been used, especially in the past, as quill pens that write when dipped in ink. Dreaming of a quill pen could symbolize a desire to get back to the basics in your thoughts and communication. Alternately, it might show that you feel restricted by others whose way of thinking is stuck in the past. See also book dream symbolism.

Dream of a feather of a particular color 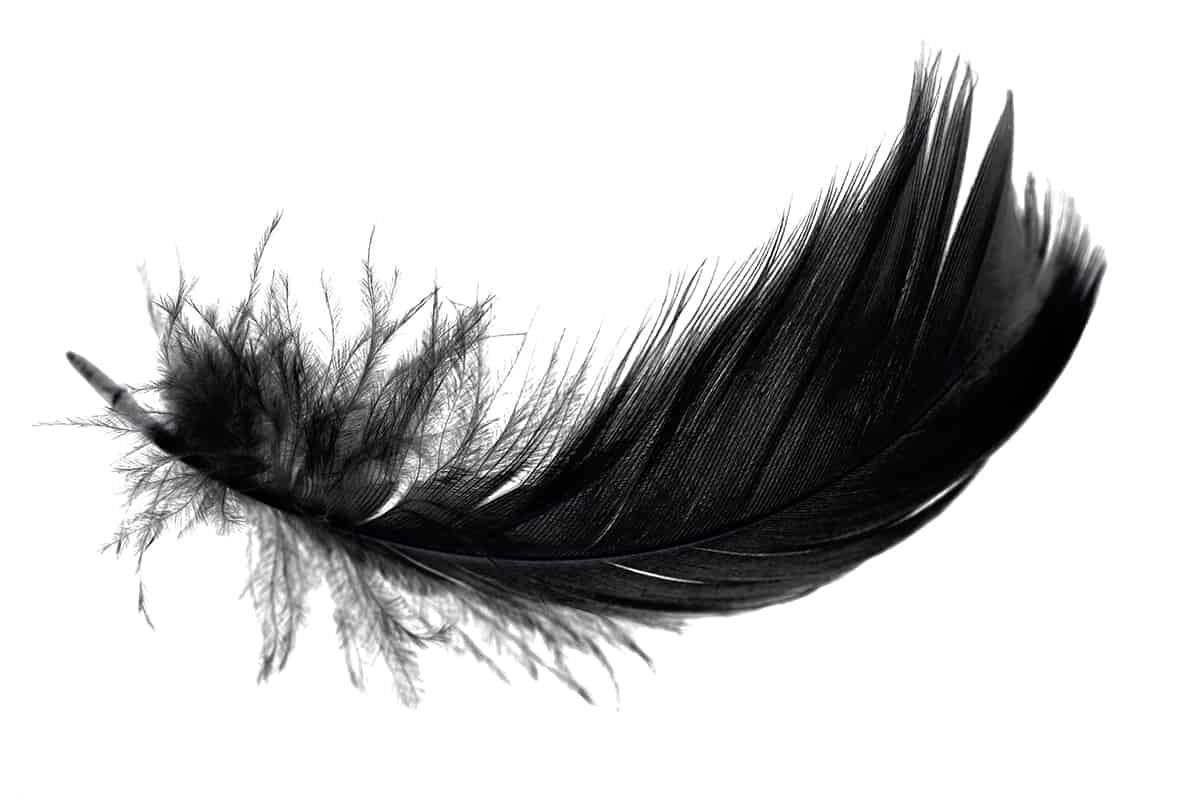 A black feather would likely come from a black bird, like a crow or raven. As described in animal symbolism, the black color of crows can make them a little intimidating. However, crows are also known for their intelligence. They may be associated with mystery and good fortune as well.

Seeing a black feather in your dream could symbolize that it’s important for you to make a powerful move now. Listening to your own intuition can help you pull it off. 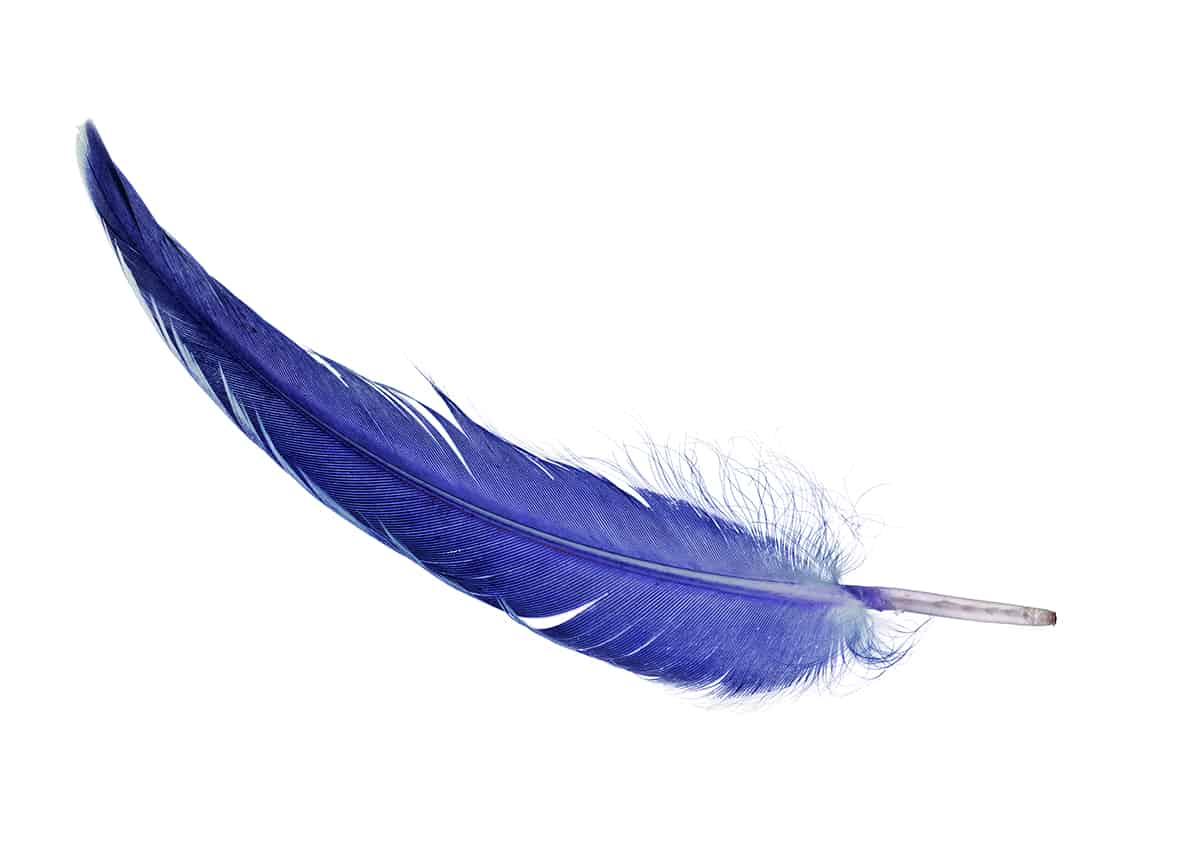 A blue feather could come from a blue bird like a scrub jay or blue jay. It might also be from a brightly colored parrot.

Blue can be a wild color that stands out in nature, especially in the context of parrot dream symbolism. Dreaming of a blue feather could therefore symbolize that it’s important for you to be seen and heard.

The color blue is also associated with communication, and birds in general can be a symbol of communication. A blue feather in your dream could emphasize this part of both blue dream symbolism and bird dream symbolism. It may mean that you need to deliver — or listen for — an important message. 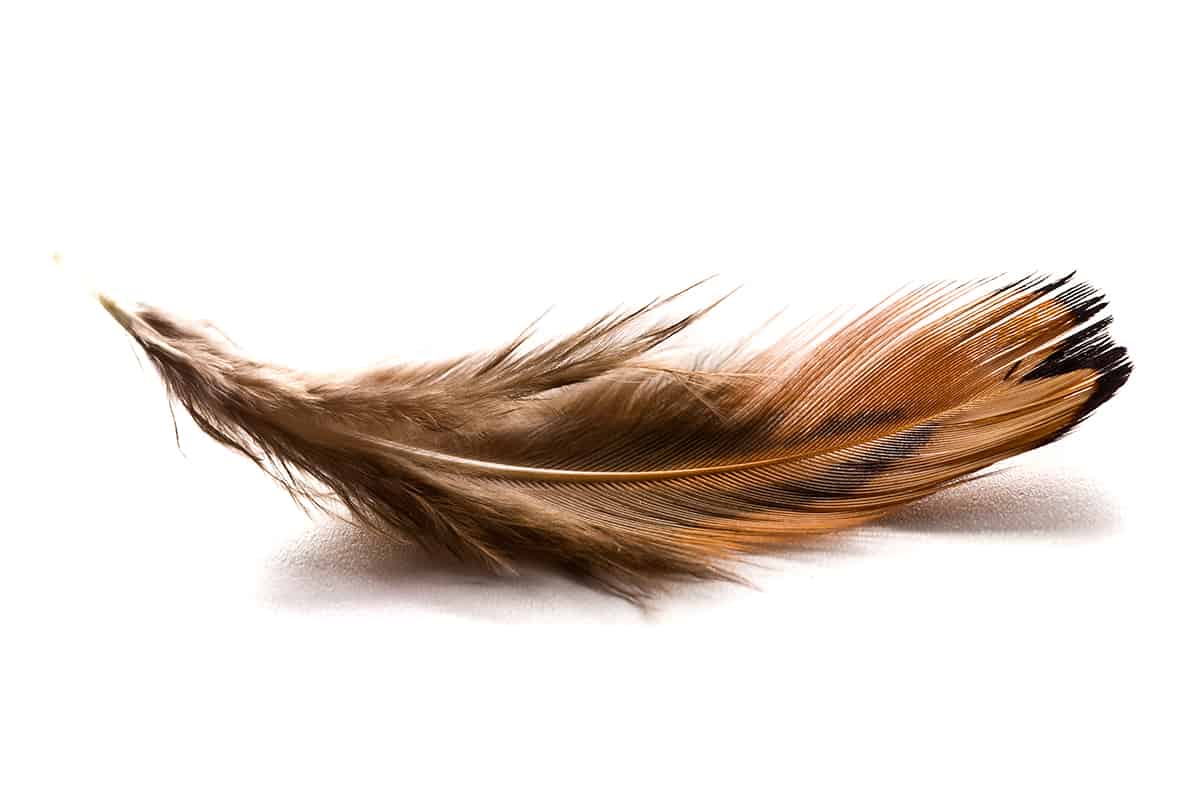 A brown bird is usually one that blends into its surroundings. Dreaming of a brown feather could therefore symbolize that it’s in your best interest at the moment to follow the crowd and not draw a lot of attention to yourself. You may learn what you need to know by quietly paying attention to the people and environment around you. 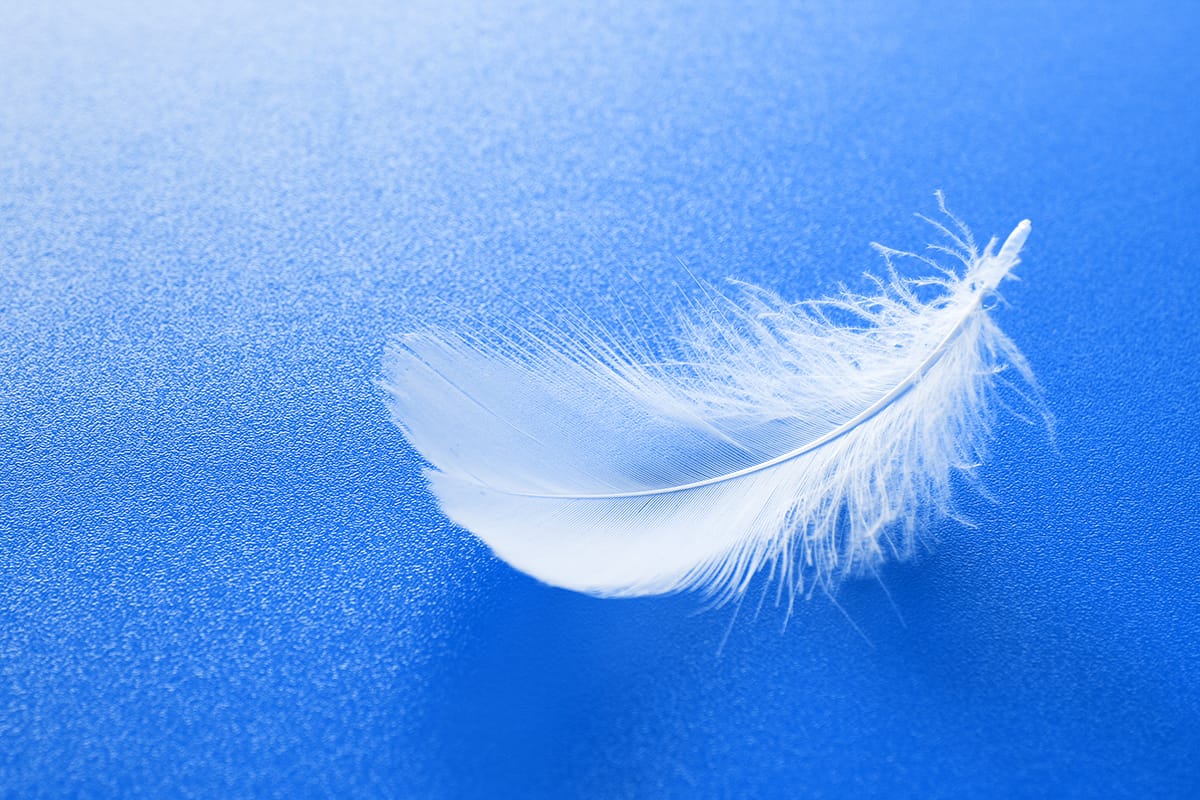 A white feather would typically come from a white bird, like a dove. As described in dove dream symbolism, doves in dreams symbolize peace, love, purity, and innocence.

Dreaming of a white feather could therefore symbolize that it’s time to pay attention to a higher side of life, even if it seems overly idealistic and naïve.

Psychology Today notes that many people interpret white feathers as signs from deceased loved ones or guardian angels. You can look at your white feather dream that way if it feels appropriate to you.

Though a single, isolated feather might not seem like much by itself, a bird’s full complement of feathers is enough to give the bird the astounding power of flight. As you interpret your feather dream, remember that a feather can be a suggestion of something much bigger. 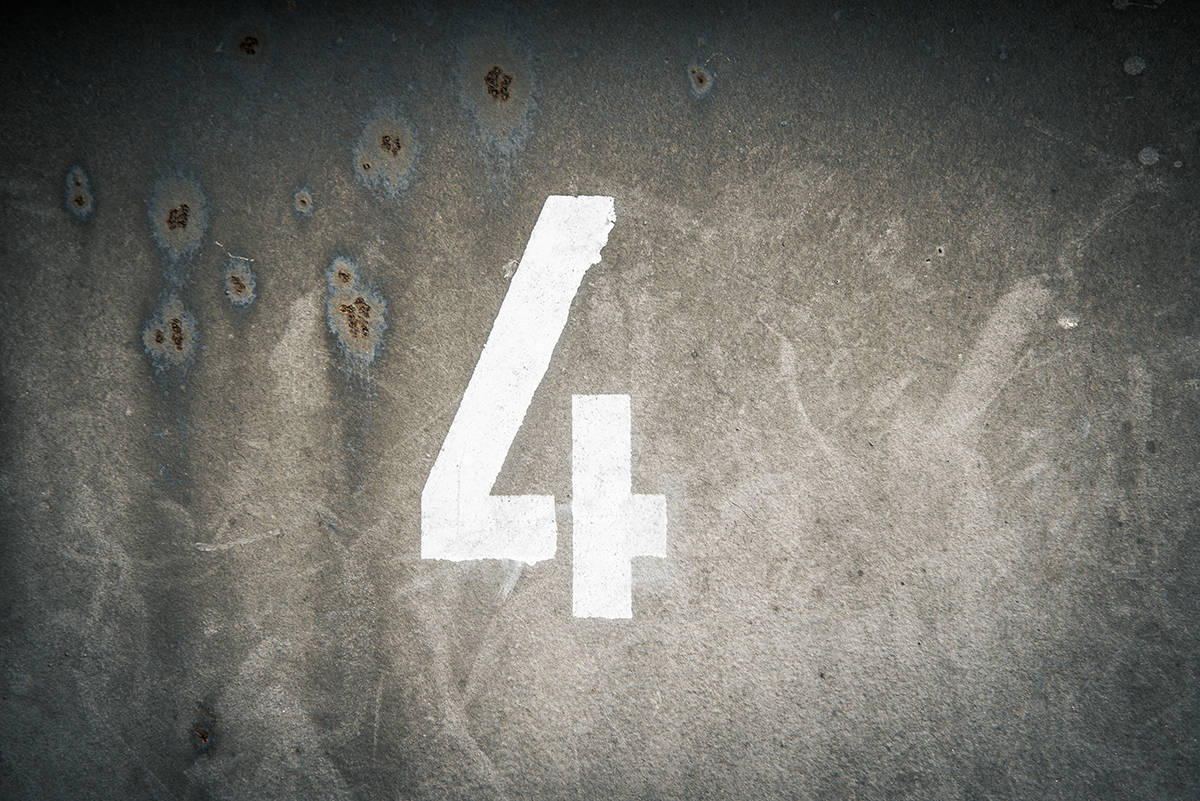 What Does It Mean to Dream of Climbing?
Recent Posts