If you dreamed of someone casting magic spells to enchant another person, what does that mean? While enchantment is a common plot point in fairy tales and fantasy entertainment, as a dream symbol, it raises serious issues about the role of free will in your life.

An enchantment is a magic spell or the condition of being under one. When this is depicted in literature and movies, the idea is often that magic spells can be used to make people do things they would not otherwise do of their own free will.

An enchantment dream can therefore symbolize that you or someone else in your life is trying to escape the challenges of free will. These challenges may involve wanting to do something without being held responsible for the consequences or trying to make another person do something that they don’t want to do. 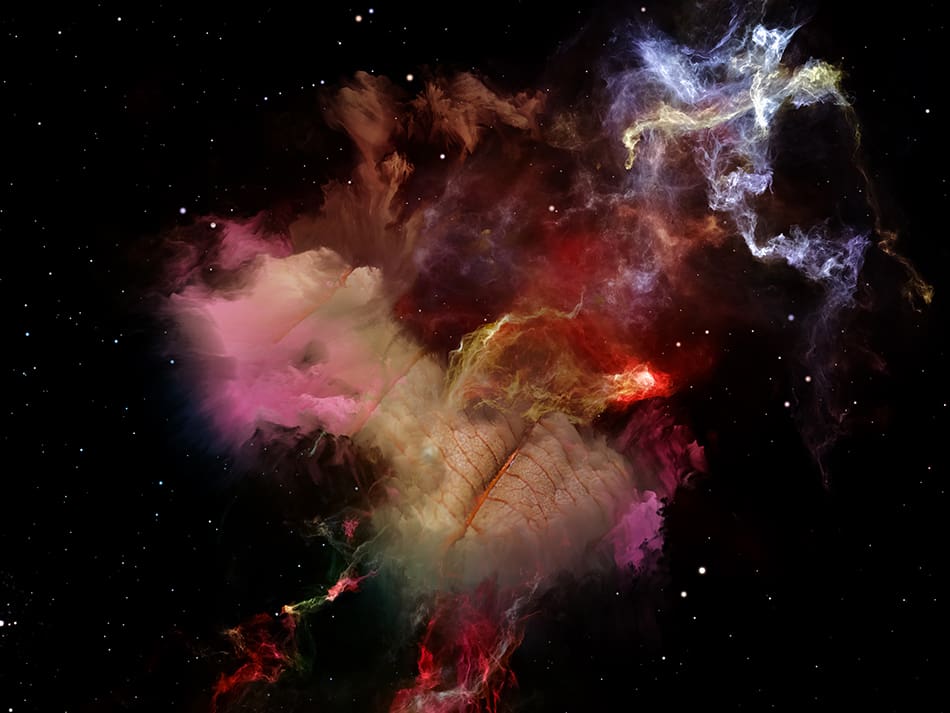 A dream that you are intentionally enchanting someone, especially a person you know in your waking life, could mean that you want to have power over them. If this sounds familiar, you may be aware that you are pushing them around, and you might feel a little bit guilty about it because you suspect you have crossed a line.

On the other hand, the desire to enchant someone may come from a situation where you are totally frustrated because the other person is making your life difficult, and you have been unable to influence them to see your side of the story by any normal means. In this case, the other person might be the one who is overstepping boundaries, while you feel like you have to do something as extreme as enchanting them just to get them to stop oppressing you.

A common use of enchantment is getting one person to fall in love with another. Dreaming of enchantment could therefore symbolize that you are drawn to at least the idea of romantic love.

Getting from the stable place of being totally single to the stable place of being in a committed relationship is the hard part. Enchantment might seem easier than going through the challenging in-between space where you and another person have to determine whether you are compatible, so dreaming of enchantment in the context of romance could symbolize that you want to fall in love without doing the work to make a relationship happen.

Wouldn’t it be funny if you had a dream where a mysterious figure enchanted you into doing something that you wanted to do anyway? The great part would be that, if the action had any negative consequences, the consequences would not be your fault – they would be the fault of whoever enchanted you.

It could be useful to look at how the situation played out in your dream when your own responsibility was not a factor. Were others as hurt or upset as you feared, or did they handle it better than you expected?

If you dream of being enchanted to do something that you actually don’t want to do, this could symbolize a situation where you feel like someone in your life is manipulative toward you and using underhanded methods to get you to do what they want. They may be able to pull this off in a way that looks socially acceptable, but seeing them as an enchanter in your dream could expose what they are really doing.

The song “Sexy Sadie” by The Beatles has a similar vibe, as it was inspired by John Lennon becoming disillusioned with the religious leader Maharishi Mahesh Yogi. You may wonder how others around you don’t see the manipulative person in the same way you do.

Dreaming of enchantment could symbolize that you feel a lack of control over how things go in your life. If someone else is enchanting you in the dream, you may be aware that you are not in the driver’s seat but unsure of what to do about it.

If you are enchanting someone else, though, this might symbolize that you are frustrated with your lack of control over your life circumstances and are trying to fight back. You may feel that you will not be successful in getting what you need if you just ask for it directly.

What you spend time on in your waking life can appear in your dreams. If you consume a lot of entertainment in the fantasy genre, you might be used to seeing enchantment as a common plot point, so it would not be too surprising for you to dream of magic spells. A similar dynamic can be involved in dragon dream symbolism.

If you think that this is the most likely explanation for your dream of enchantment, you might reflect on what you find appealing about fantasy entertainment. Is it the experience of an exciting escape from boring daily life, or is it a world where good always wins in the end?

A dream of enchantment could reflect your frustration that people around you seem to be oblivious to an obvious problem in your midst. Are they enchanted, or what?

The song “Zombie” by The Cranberries has a similar vibe, describing an endless war that causes senseless destruction. Your dream of enchantment could therefore ask you to look at what you or others around you are taking for granted that you really should be pushing back against. 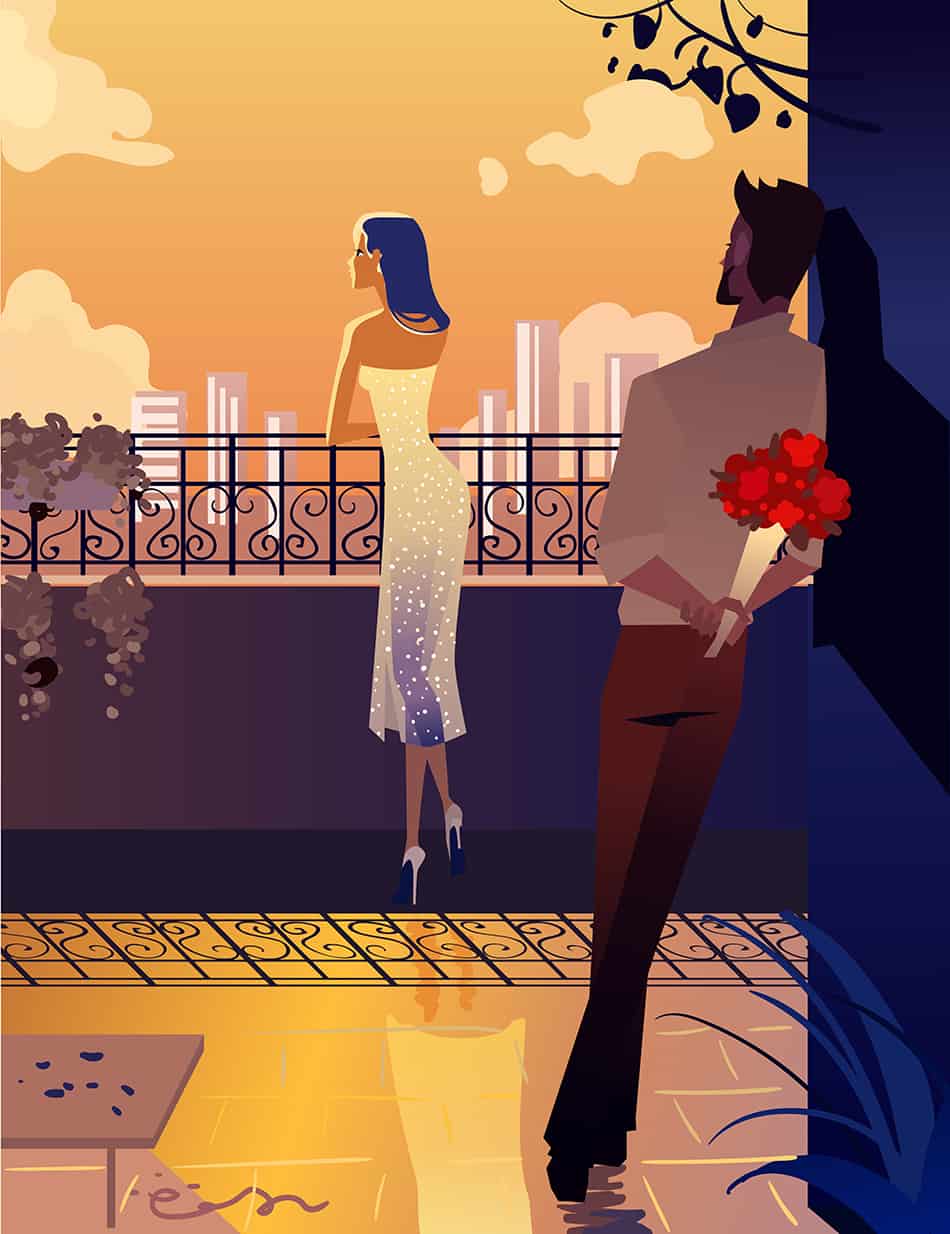 Sometimes romantic love is not fair. You can do everything right and be your best self, and the person you are attracted to still might not feel the same way about you.

A dream of enchanting someone to make them fall in love with you could reflect your frustration about a situation like that. You may be drawn to someone who is not responding to you, and you might be tempted to do something extreme to get their attention.

If you dreamed of someone else enchanting you so that you would fall in love with them, how did you feel about it? If you were repelled by the person and disgusted by the idea of them enchanting you, this could symbolize a situation where you are bothered by someone who is pursuing you, and you think they are going too far.

If you were a little relieved to be enchanted by someone else in your dream, though, this could symbolize a situation where you are drawn to them but held back by your own inhibitions. You might want the other person to take the initiative so that you don’t have to risk hurting anybody’s feelings.

Dream of being turned into an animal by enchantment 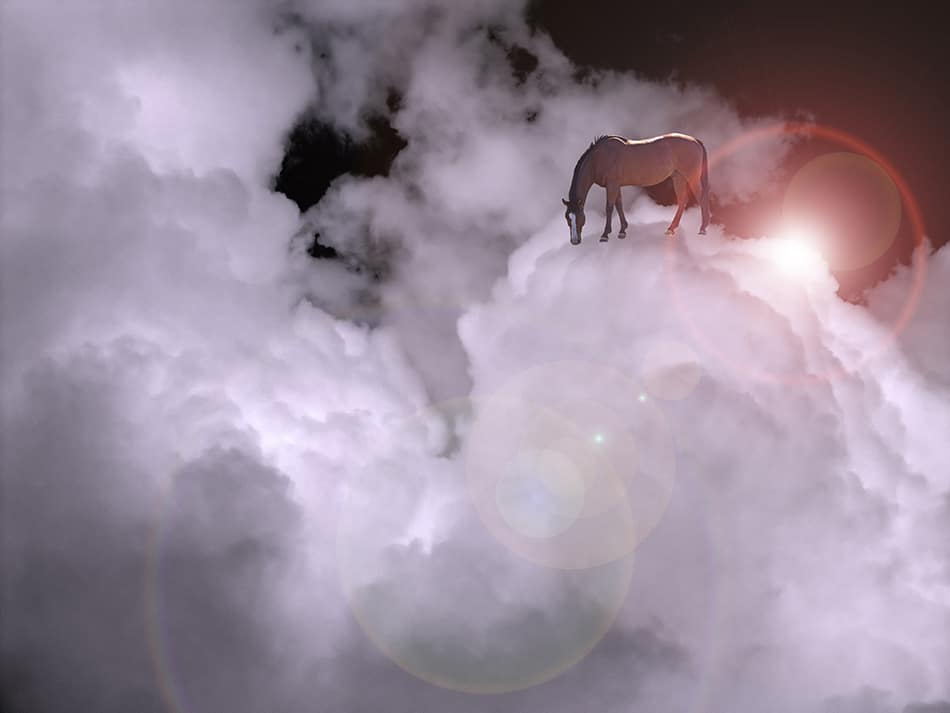 Some stories of enchantment feature people being changed into animals, as in “The Frog Prince,” where a prince is turned into a frog. If your enchantment dream includes being transformed into an animal, this could symbolize that you display some of the negative qualities associated with that animal. Alternately, it may show that you need to intentionally develop that animal’s positive qualities.

To find the symbolism of the animal that was in your enchantment dream, look it up in The Symbolism’s list of animal dream symbols.

An enchantment dream generally has to do with a situation where someone wants to override the usual process of how people choose to do things by their own free will and are held responsible for the consequences. While magic spells to override free will don’t work that way in real life, intense dynamics within interpersonal relationships can sometimes seem to have similar effects.

Your dream of being enchanted can show your anger toward someone you feel is pushing you around. On the other hand, an enchantment dream could reflect that you want to escape responsibility for your own desires and actions, and you wish someone else would take the blame for that.

As with any other dream, the emotions you feel about your enchantment dream can help clarify which interpretation is most relevant to you. 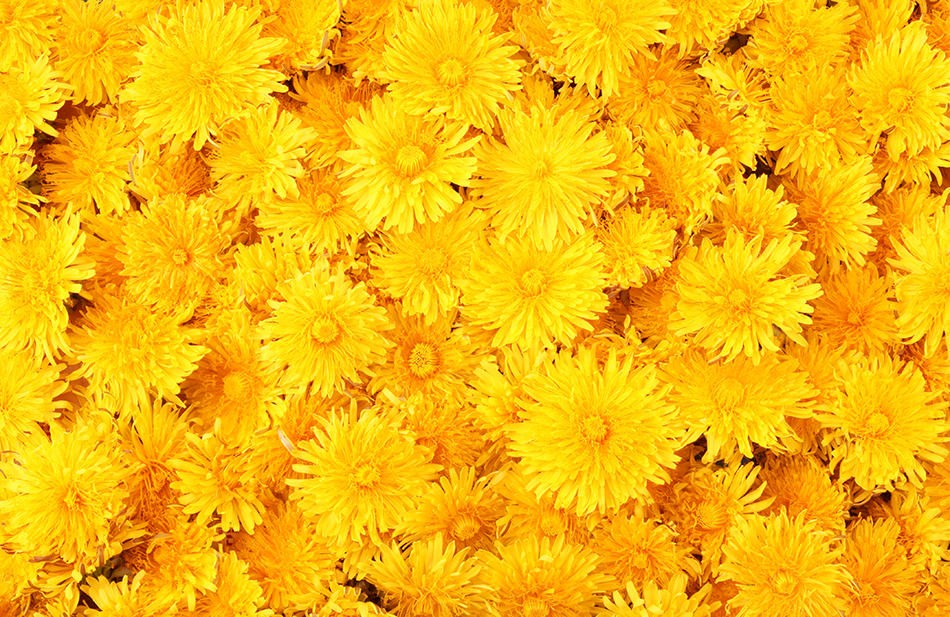 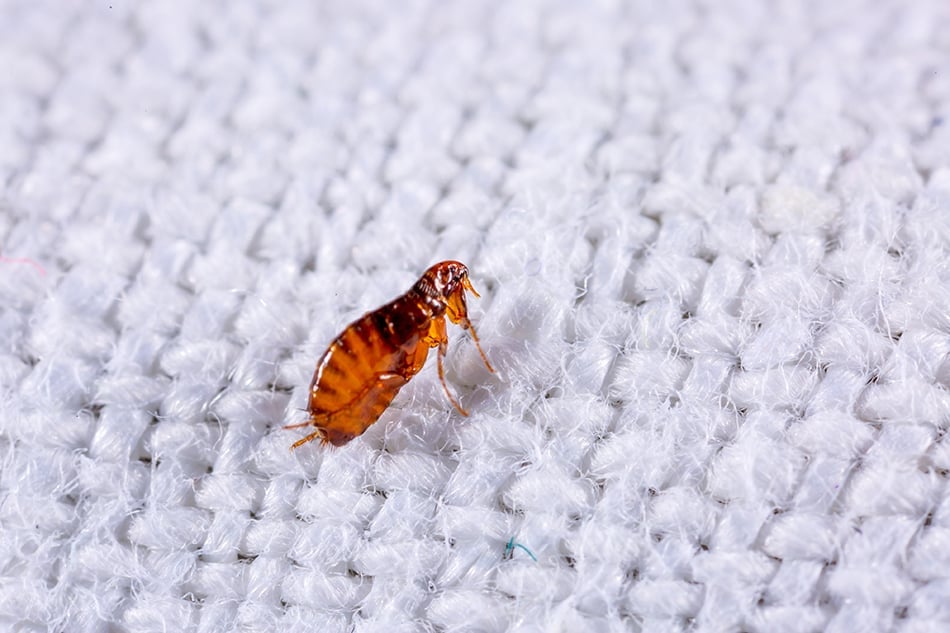 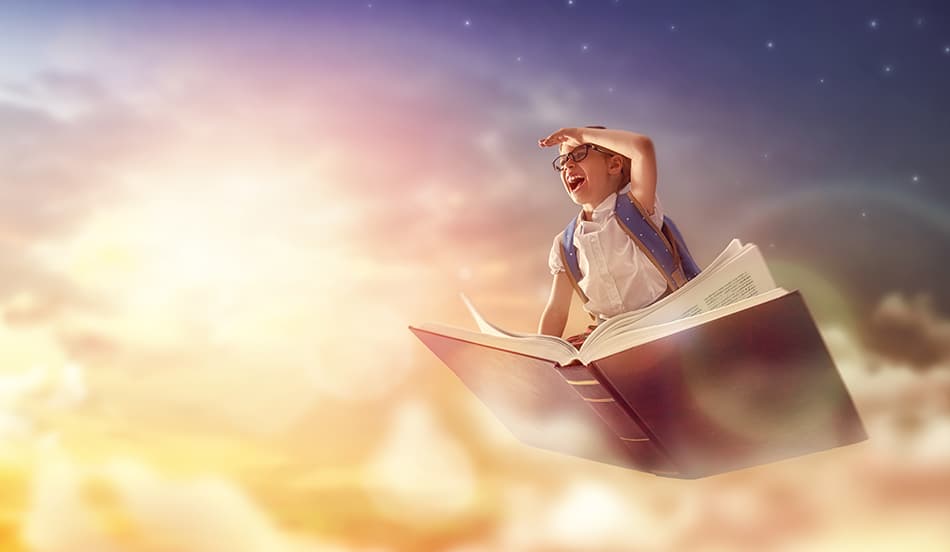 Dreaming of Flying – Meaning and Symbolism 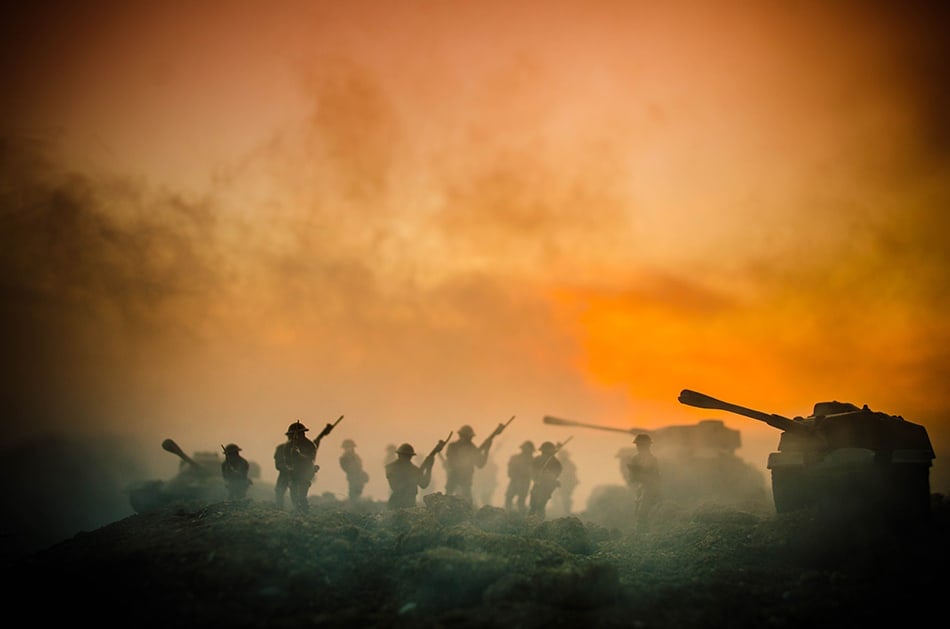 What Does It Mean to Dream of War? 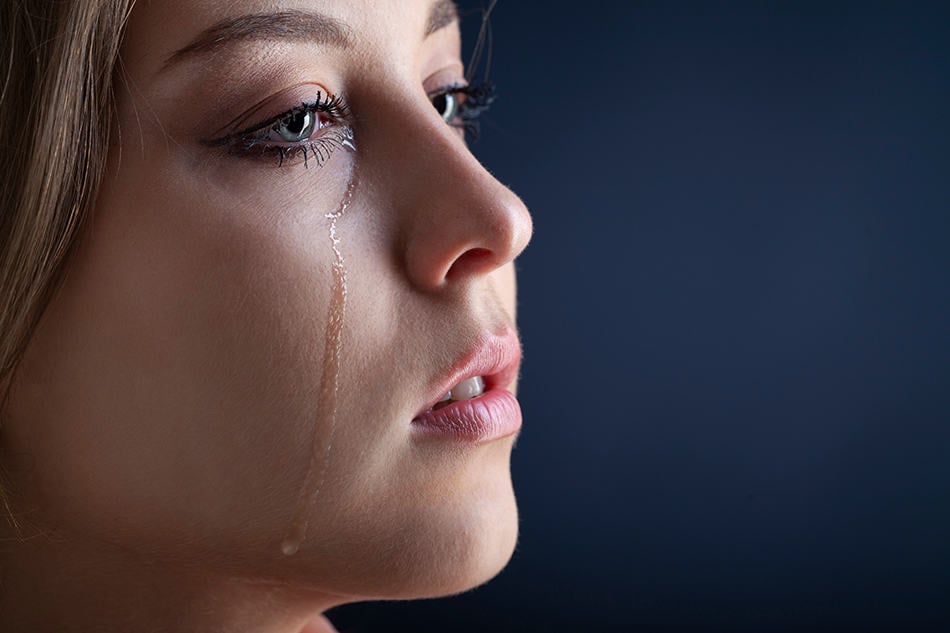 Dreaming of crying – meaning and symbolism 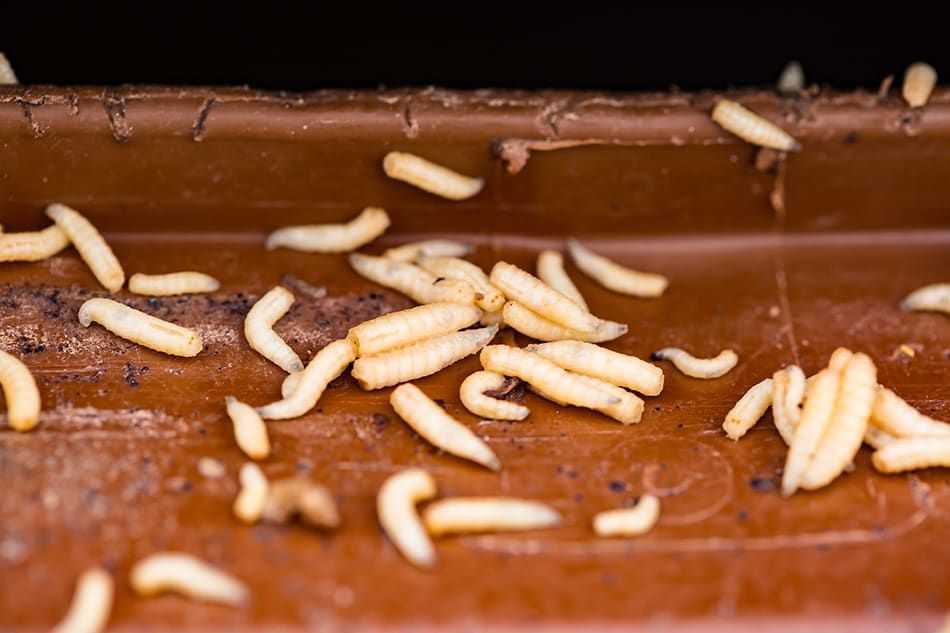 What Does It Mean to Dream of Maggots?