Some dream symbols take a lot of creative thinking to decode, but emotions are pretty straightforward to interpret. If you’re angry in your dream, it probably means you’re angry about something in your waking life. However, there’s still room for fruitful analysis.

The emotional atmosphere of a dream is key to interpreting most dreams. It’s the most honest part of your dream life, so whatever quirky symbols get layered on top of it must be interpreted in a way secondary to the emotional content.

The meaning of getting angry in your dream is probably that you’re angry about something in your waking life. If you dream about yet another yelling match with someone you regularly have yelling matches with during your waking life, your anger dream is not likely to be telling you anything you don’t already know. Sometimes dreams just process routine events!

Not all anger is so easily expressed in waking life, though. Sometimes you have to stuff your emotions instead of confronting the person you’re angry with. You might even suppress your emotions so successfully that you’re not even consciously aware that you’re angry at the other person. In these scenarios, interpreting your dream of getting angry is more likely to bring you insights that surprise you.

Dream of being angry at someone 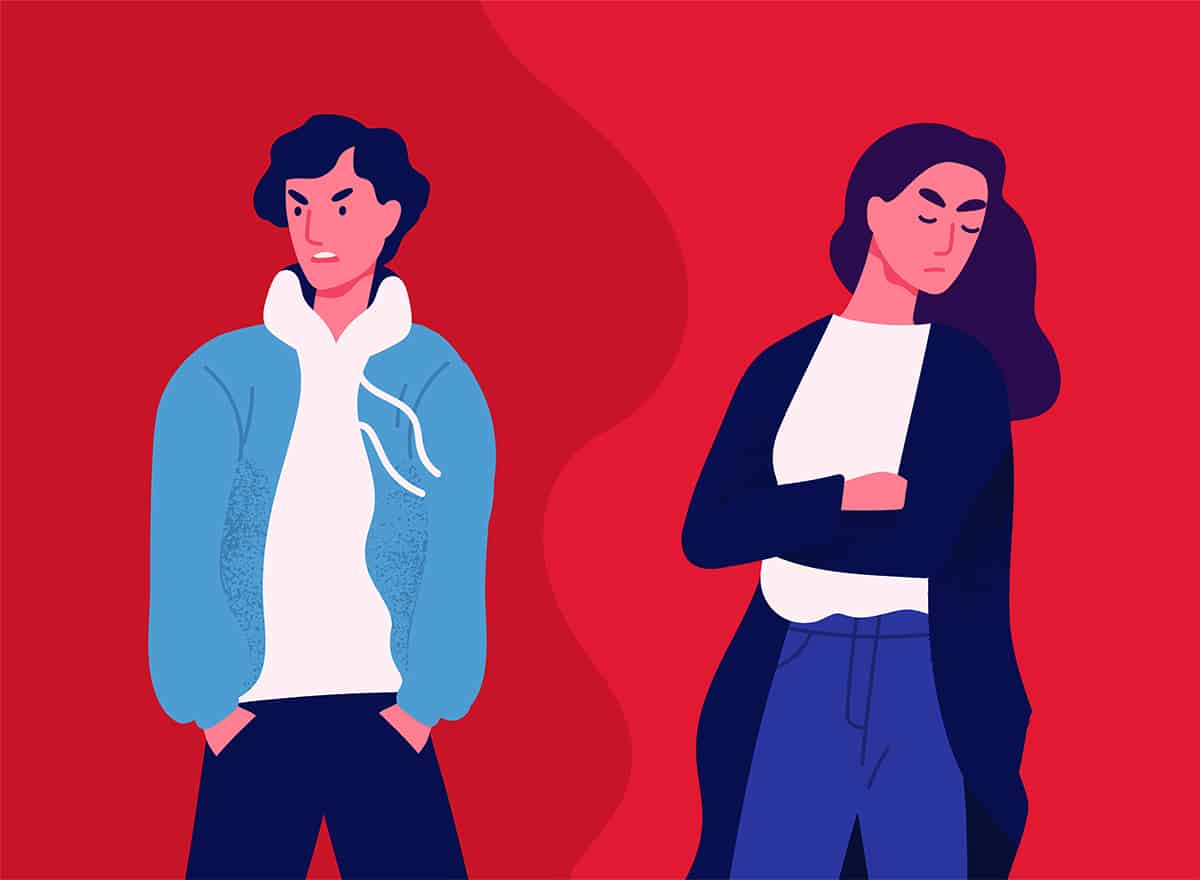 Dreaming of being angry at a particular person you know could very well point to tension in your relationship with that person, which you may already know about. If you’re not consciously aware of having an issue with them, you might need to look at whether you’re really being honest with yourself about your feelings.

However, another key dream interpretation principle to keep in mind as you interpret your dream of being angry is that people in your dreams don’t always represent themselves. As described further in people dream symbolism, the person’s presence in your dream could be more symbolic of some quality you associate with them.

For example, if you dream of being very angry at a teacher you had in school long ago, but you didn’t have any particular problems with that teacher, maybe your dream represents broader frustrations with the subject they taught or with the school system in general.

Dream about being angry with family 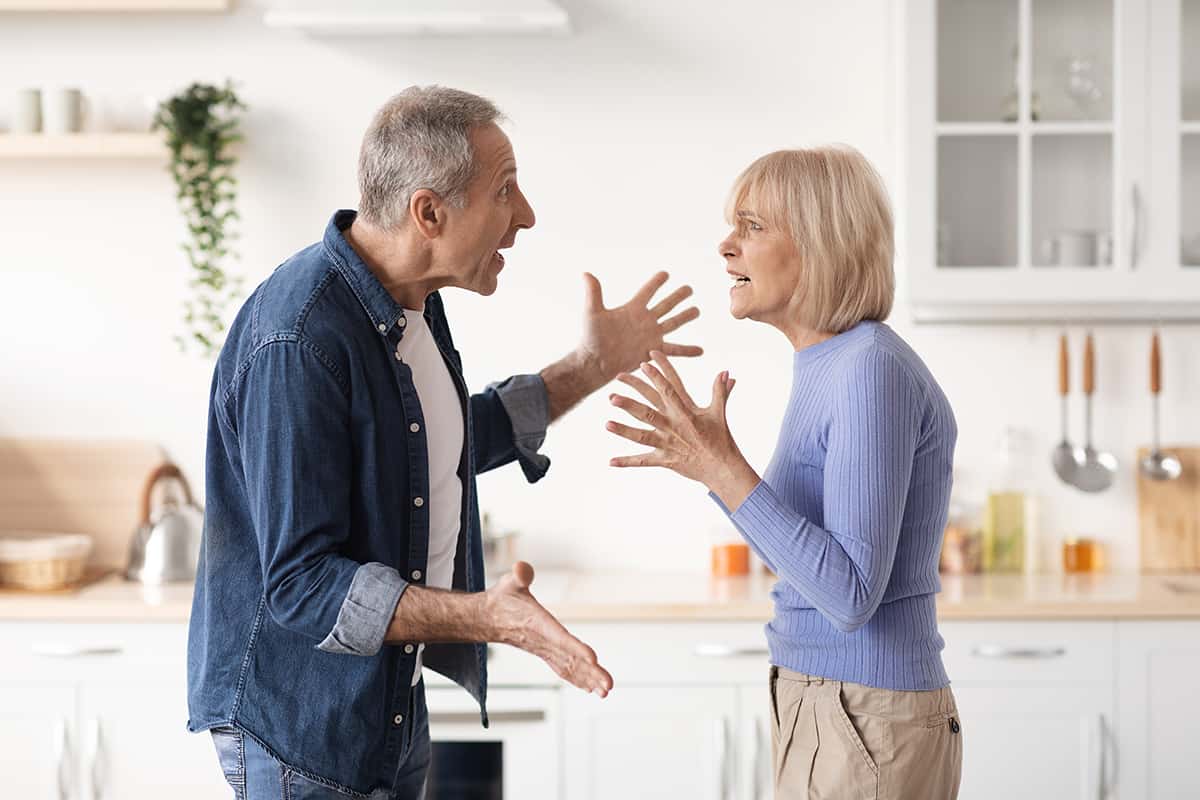 A dream about being angry with your family could certainly reflect that there is some tension between you and your family at this time. You may already be aware of this in your waking life.

However, sometimes people feel safer around their families than they do around other people, like their co-workers or friends, and the families therefore soak up emotions really meant for someone else. In this sense, a dream of being angry at your family could symbolize something along the lines of being angry about a workplace that pretends to be your surrogate family when it’s convenient for the employer but doesn’t follow through in your time of need.

If you think your relationship with your family is perfect, and you can’t imagine why you would ever have a dream of being angry with them, you might need to look at whether you feel safe admitting your true feelings around them.

It is normal for people who spend a lot of time together to get frustrated with each other and need to work out problems now and then. If you’re afraid to speak up about anything that bothers you with your family because you don’t want to disrupt the harmony of the moment, you’re already creating the disharmony you fear, at least in the form of growing emotional distance.

Dream of someone being angry at you 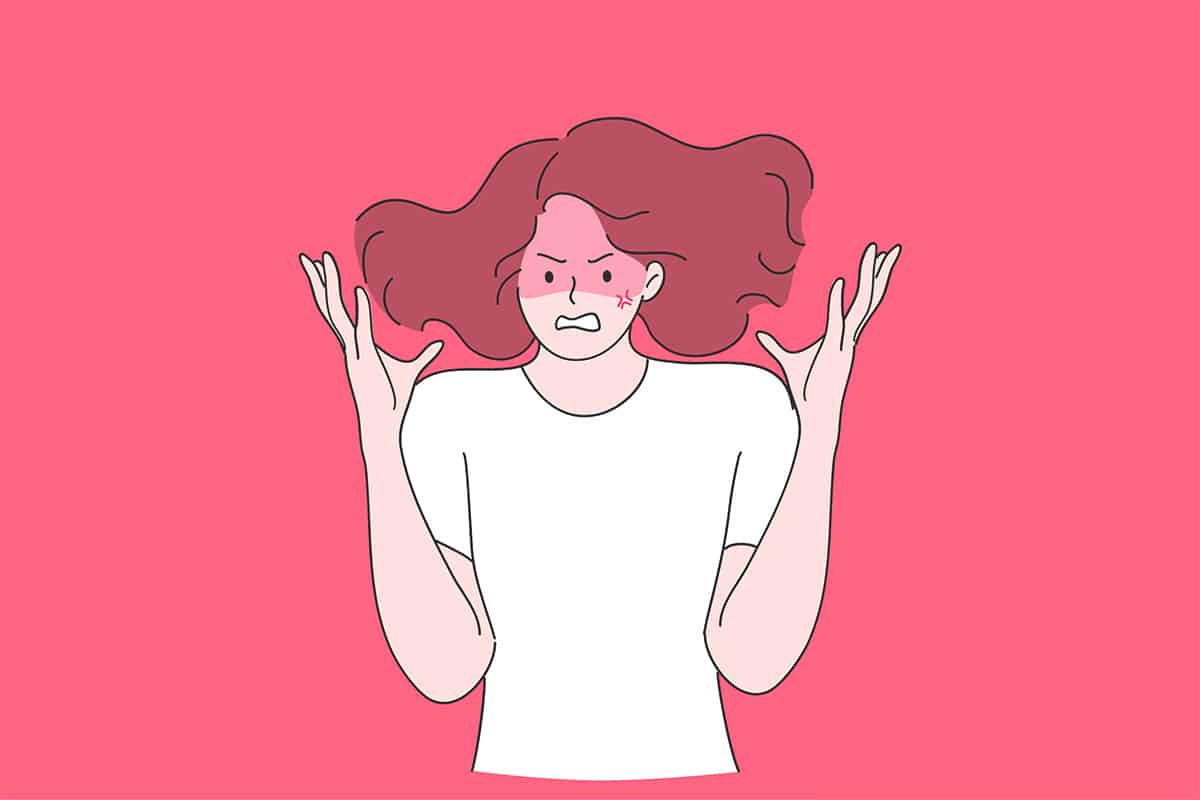 A dream of someone being angry at you could pick up on tension you’ve detected in one of your relationships. Especially if the person in your dream is someone you know, you might be aware on some level that they’ve been acting differently lately, even if they haven’t said anything to you about it. You may also be aware you’ve crossed a boundary in a way that would understandably make them angry.

However, the hard part of interpreting a dream of someone being angry at you is that it could also come from your own anxiety. Maybe you’ve picked up that they’ve been acting differently lately and worried that it’s because of something you did, but they may be upset about a problem that has nothing to do with you. You’re probably better off talking to them to clarify what’s really going on, if that’s possible.

A dream of someone being angry at you could also be provoked by your own guilt for something you have done. You may think people would be angry at you if they knew what you had done. However, perhaps you’re being harder on yourself than anyone else is.

Dream of an angry dog 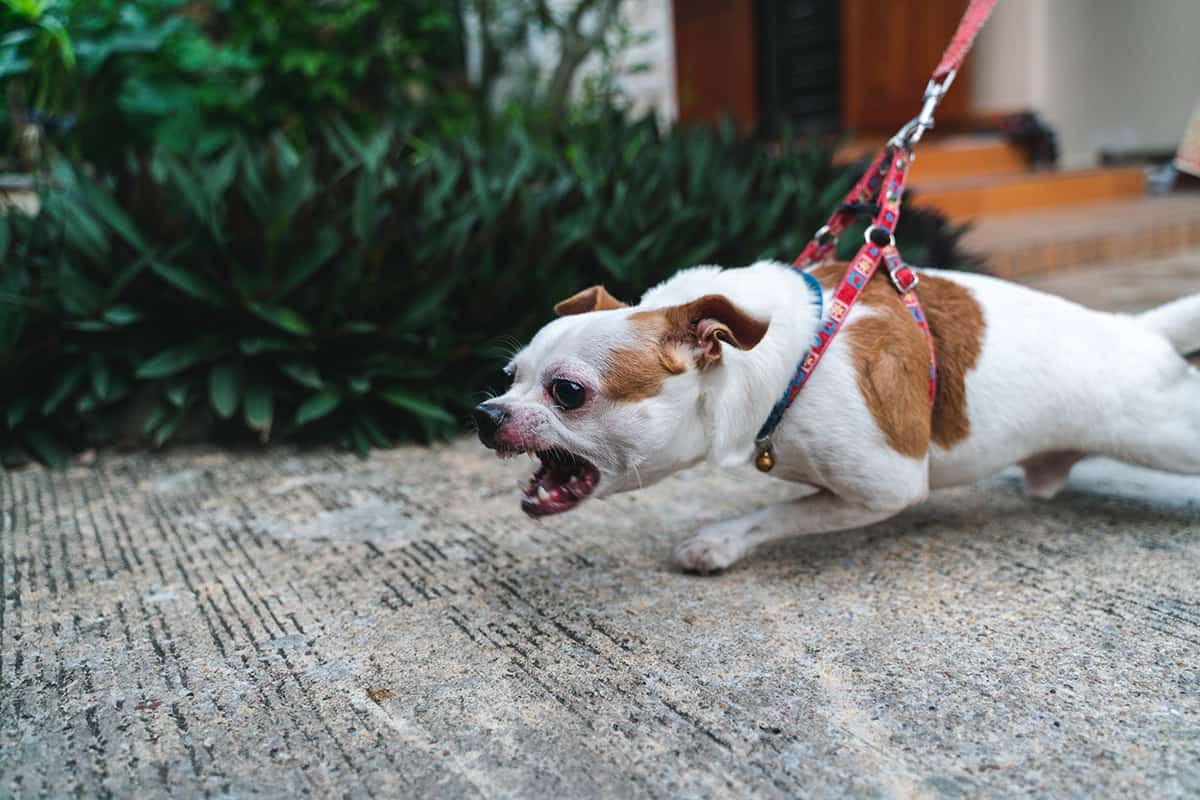 Dreaming of an angry dog could symbolize that your anger, or that of someone else in your life, has escalated to a point where talking things out no longer seems possible. The amount of aggression that has accumulated might scare you.

That being said, the bright side of an angry dog dream meaning is that the needs and desires of a dog are usually less complicated than those of a human. Dogs are often protective of what they see as their territory, so a dream of an angry dog could symbolize that you feel like someone else has intruded on your turf. Alternately, your dream might be giving you a warning that you’ve ventured too far into someone else’s turf.

As described in dog attack dream symbolism, dogs are also loyal to the people they care about and can be protective of them. Your dream of an angry dog could therefore symbolize that you feel compelled to protect a loved one who’s in danger — or that you are upset about being unable to do so to the extent you would like.

Dream of killing someone in anger 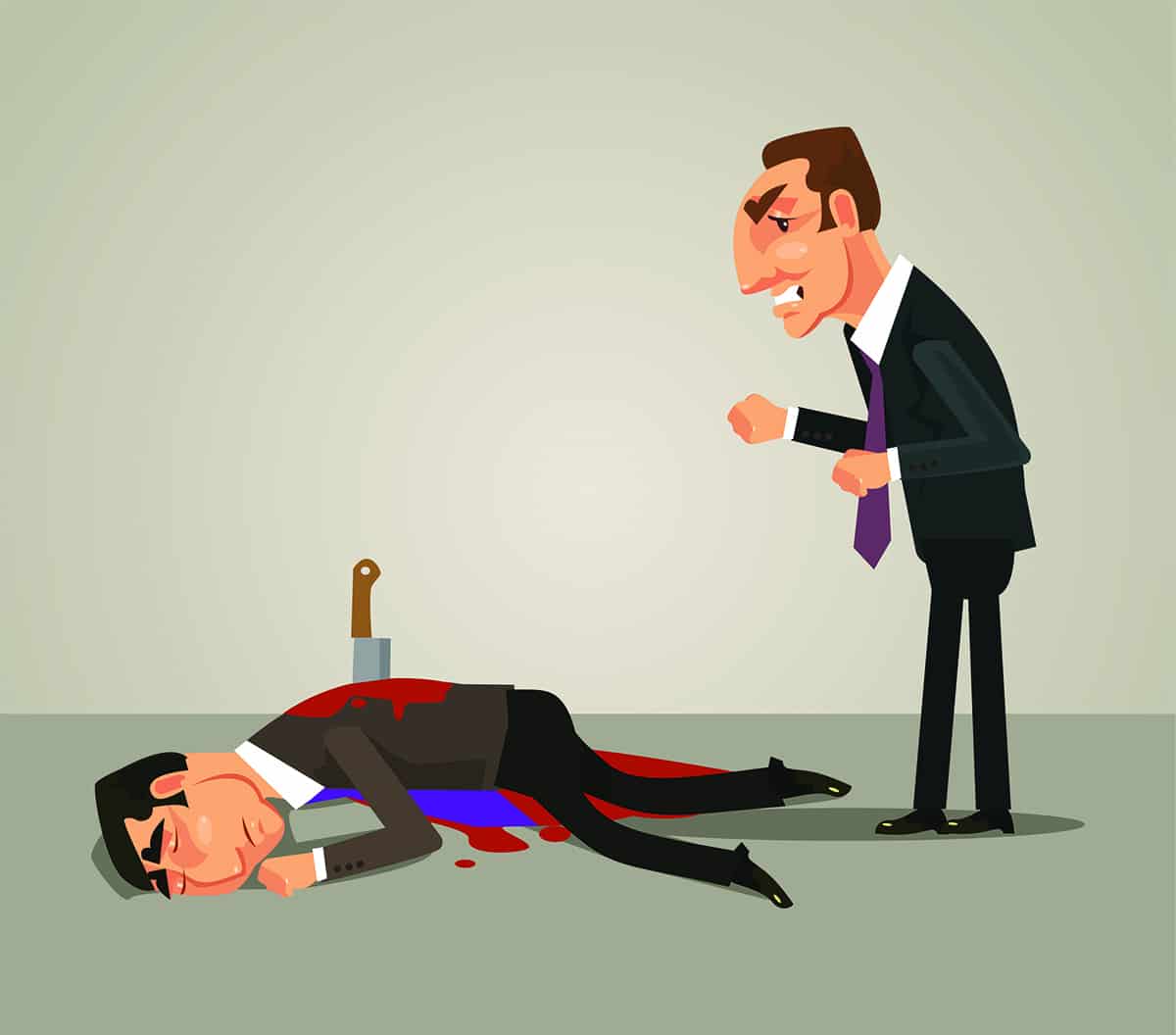 A dream of killing someone in anger could symbolize that your anger toward someone in your life has escalated to a level that you’re afraid of it. You may feel like you’re not capable of engaging with them rationally.

However, sometimes a dream about killing someone symbolizes that you want to get rid of some part of yourself that the other person represents for you. Perhaps who you’re really angry at is yourself. See also killing dream symbolism.

Your dream of anger could potentially be an emotionally intense experience. While airing your emotions in your dreams can sometimes help reduce their charge, what’s likely to help you the most is using the insights gained from interpreting your dream of being angry to make the needed changes in your waking life. 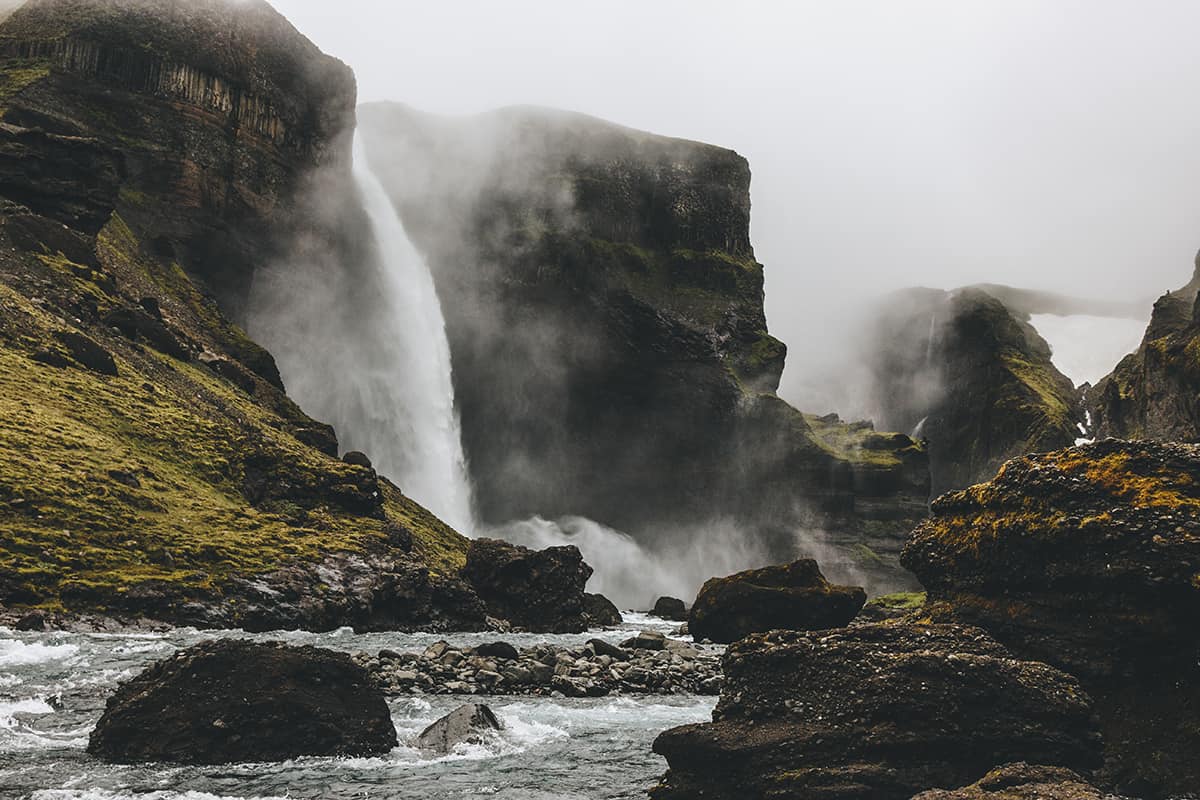 What Does It Mean to Dream of a Waterfall?
Recent Posts