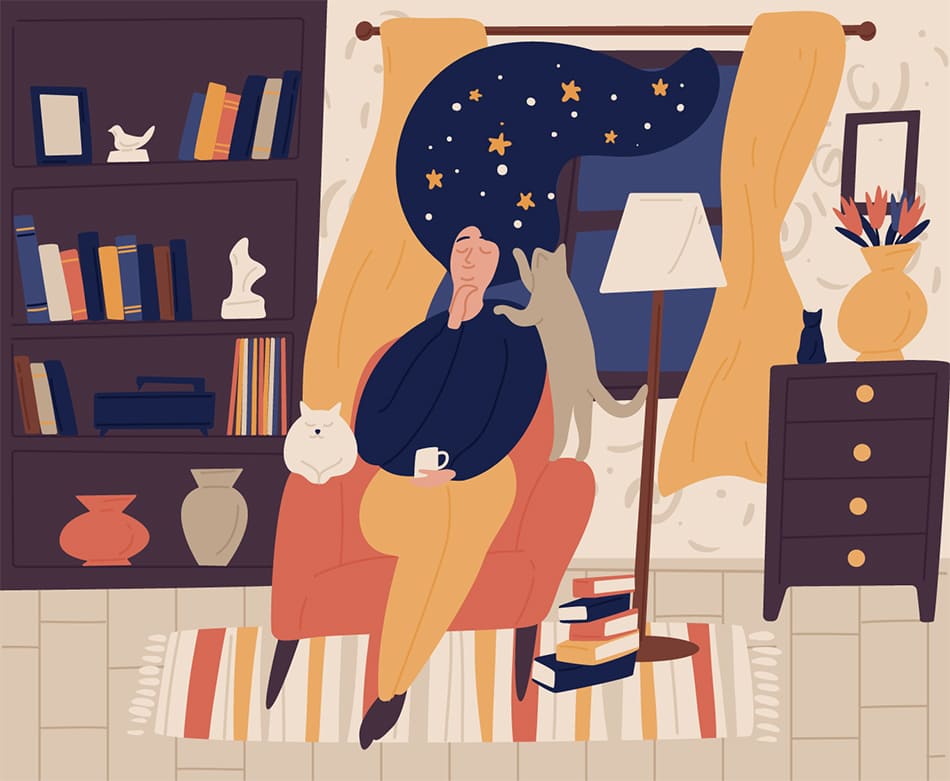 You might have got lost in your thoughts and wandered into your fantasies either consciously or unconsciously. If so, you are daydreaming and this happens to any adult person. What are daydreams, and why do they happen? More importantly, do they have any bad effects on us? We’ll explain in details in this article. 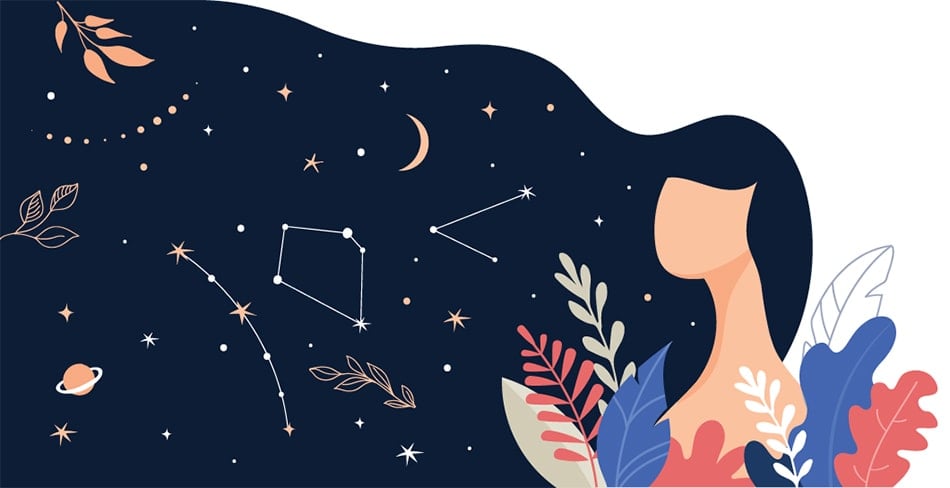 Daydreams are basically fantasies that happen while you are awake. This phenomenon, also known as mind wandering, is the brain’s resting state.

Sometimes the mind wanders into this resting state unintentionally. Other times, PsychCentral reported that researchers led by Paul Seli of Harvard University found that people can daydream on purpose, especially when completing easy tasks rather than hard tasks.

Both intentional and unintentional daydreams are similar to dreams that happen while you are sleeping in that the event you are thinking about took place in your brain rather than in the outside world. A key difference between daydreams and most dreams that take place during your sleep, however, is that you can typically control the content of daydreams.

Daydreams, therefore, are not typically analyzed for symbolism to the extent that dreams people have in their sleep are because they seem less mysterious. If you chose to enjoy your favorite fantasy of taking an ultimate road trip or hanging out with your crush or getting revenge on your enemies yet again, your motivations for having that fantasy are usually pretty self-evident.

If there is a particular topic you fantasize about a lot, though, it could be worth looking at articles on this website about symbolism related to that topic. That might give you insight on what you find most attractive about that fantasy and how to get the corresponding need met in your life.

Why Do Daydreams Happen? 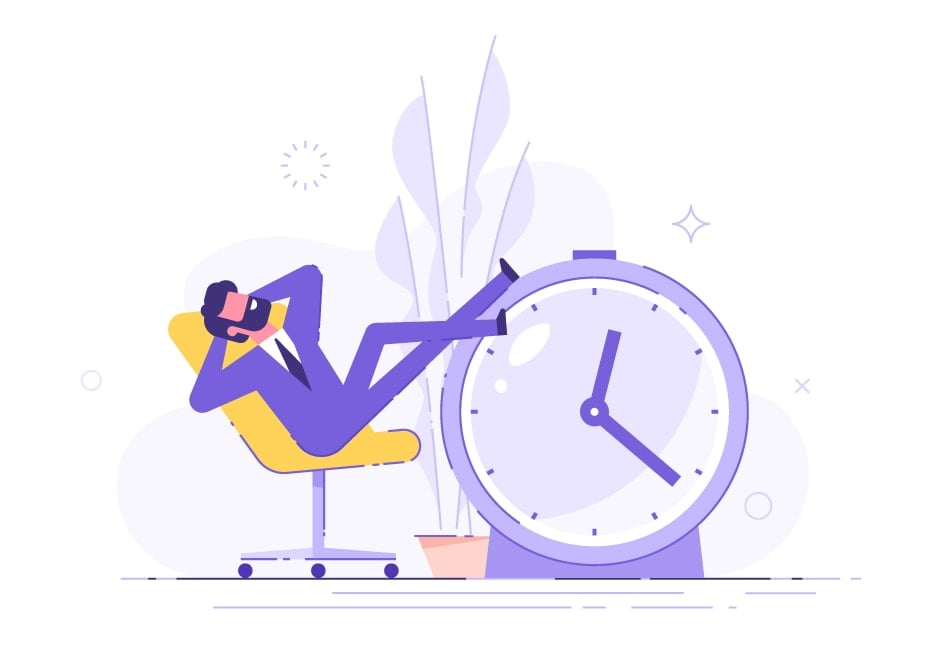 Researchers have found that it is very common for your mind to wander, which is another term for daydreaming. There is even a name for this resting state of your brain: the default mode network.

Marcus Raichle and other researchers at the Washington University School of Medicine found evidence, based on brain imaging, for “an organized, baseline default mode of brain function that is suspended during specific goal-directed behaviors.” This default mode is thought to be where daydreaming takes place.

Sreenath Kyathanahally and other researchers at Auburn University found that the anterior and posterior regions of the default mode network were dissociated from each other in brain imaging of dogs. While dogs have some cognitive activity at rest, they don’t have the same sort of daydreams humans do involving reflecting on the past or fantasizing about the future.

In a 2010 study of humans, Harvard University researchers Matthew Killingsworth and Daniel Gilbert used an iPhone app to track how often study participants experienced mind wandering and whether or not they found the experience pleasant. Participants reported mind wandering on 46.9 percent of the randomly timed occasions the app notified them to report what they were thinking and doing, which Killingsworth and Gilbert said was a considerably higher figure than usually found in laboratory experiments.

Killingsworth and Gilbert also found that participants were less happy when their minds were wandering than when they were not. Even thinking about pleasant topics did not produce more happiness than focusing on a real life activity.

For mind wandering to neutral and unpleasant topics, the increase in unhappiness from mind wandering in relation to focusing on current activities was even more pronounced. Killingsworth and Gilbert said their data suggested that mind wandering was the cause rather than the effect of this unhappiness.

Killingsworth and Gilbert compared their findings to philosophical and religious traditions advising people that happiness comes from living in the moment. They concluded, “The ability to think about what is not happening is a cognitive achievement that comes at an emotional cost.”

This cognitive achievement, however, allows humans to understand the past and prepare for the future. Researchers led by Kalina Christoff of the University of British Columbia found that brain areas associated with complex problem-solving are highly active during episodes of daydreaming.

“When you daydream, you may not be achieving your immediate goal – say reading a book or paying attention in class – but your mind may be taking that time to address more important questions in your life, such as advancing your career or personal relationships,” Christoff said, as reported by ScienceDaily.

Mary Helen Immordino-Yang of the University of Southern California, with colleagues, also argued in a review of studies done on this issue that nurturing the brain’s resting state can be crucial for social and emotional development in the context of education.

ScienceDaily reported that Immordino-Yang, a professor of education, psychology, and neuroscience, said, “We focus on the outside world in education and don’t look much at inwardly focused reflective skills and attentions, but inward focus impacts the way we build memories, make meaning and transfer that learning into new contexts. What are we doing in schools to support kids turning inward?”

Immordino-Yang also expressed concerns that overuse of technology was interfering with children developing the ability to reflect.

Sherry Turkle, a Massachusetts Institute of Technology professor known for critiquing the impact of technology on society, expressed similar concerns. Turkle said in an interview with Credit Suisse that people have become attached to smartphones to the point they have become “increasingly intolerant of solitude. Indeed, recent research shows that people are uncomfortable if left alone with their thoughts for as little as six minutes.”

Daydreams, like dreams during sleep, are experiences you typically have alone. Turkle said of this component of daydreams, “The capacity for solitude is a necessary step on the path to empathy. We have to be content with ourselves in order be able to hear what other people have to say.”

Daydreams encompass a wide range of possibilities, and some of these possibilities are better for you than others. Like many things in life, daydreams are as good or as bad as you make them.

A big difference between daydreams and the type of dreams you have while you sleep is the level of control you have over their content.

Dreams during your sleep can therefore tell you things you didn’t want to hear. There may be things in your life that you don’t want to see or don’t want to admit to, but your subconscious mind sees those things and makes them harder to ignore in your dreams.

When you daydream, however, you generally are in control, and you are more likely to hear the things you want to hear. Things go your way, and you are the hero of your story.

Daydreaming can therefore be used to boost your confidence. It can help you see possibilities for creative action you could take to make your life better.

Of course, it helps if you actually shoot the hoops and play the piano in real life too.

Daydreaming can also get you into a rut. For instance, you will probably not win the lottery no matter how much you daydream about it, and spending a lot of time daydreaming about winning the lottery can therefore mean you have less time and energy left over for pursuing more plausible ways of making money.

In some cases, daydreaming can be involved in problems even bigger than a rut.

Researchers Nirit Soffer-Dudek of Ben-Gurion University of the Negev and Eli Somer of University of Haifa are co-directors of the International Consortium for Maladaptive Daydreaming Research. While maladaptive daydreaming is not yet a diagnosis included in standard mental health diagnostic manuals, affected individuals find themselves daydreaming for hours at a time to the point it interferes with their ability to carry out their responsibilities.

Jayne Bigelsen described her own experience with obsessive daydreaming in The Atlantic and said she eventually got relief from taking an anti-depressant known to help with obsessive-compulsive disorder. 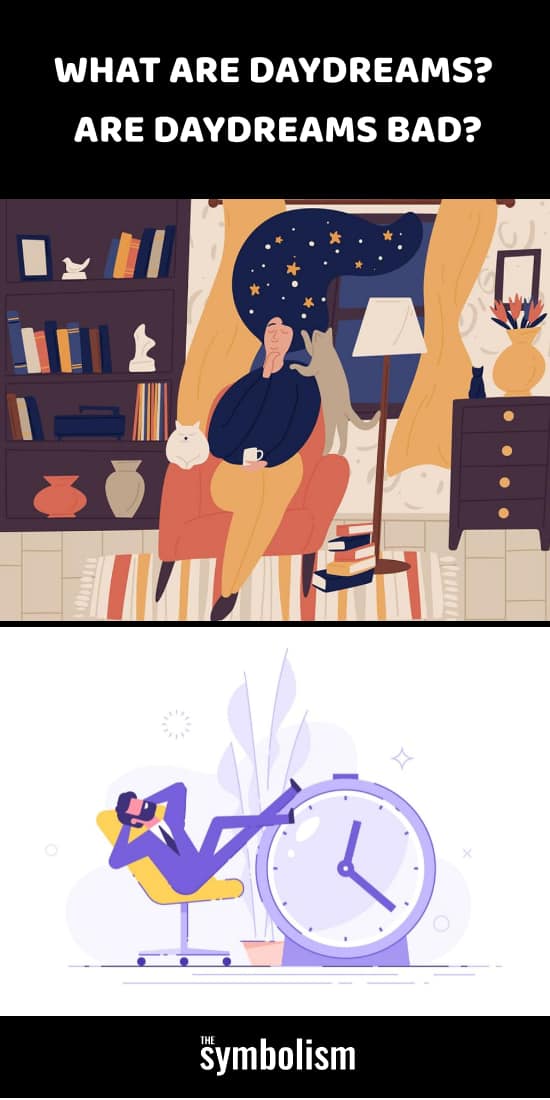 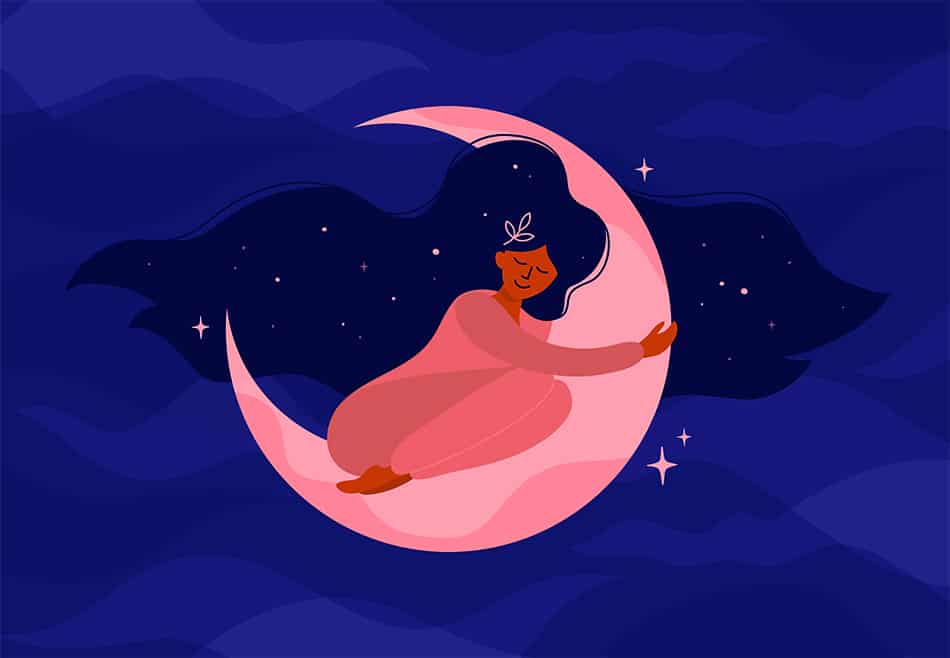 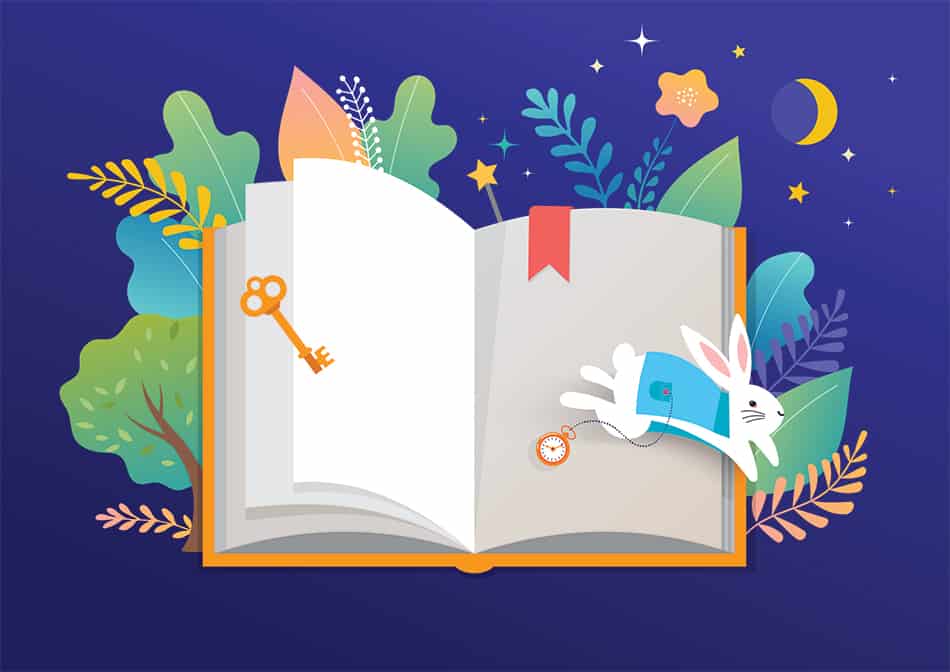 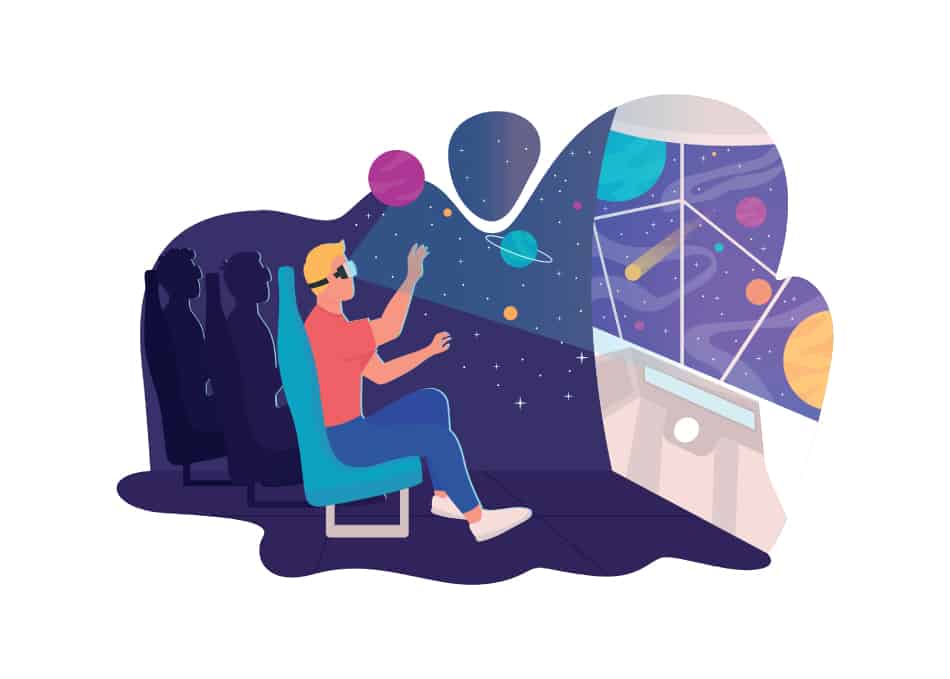 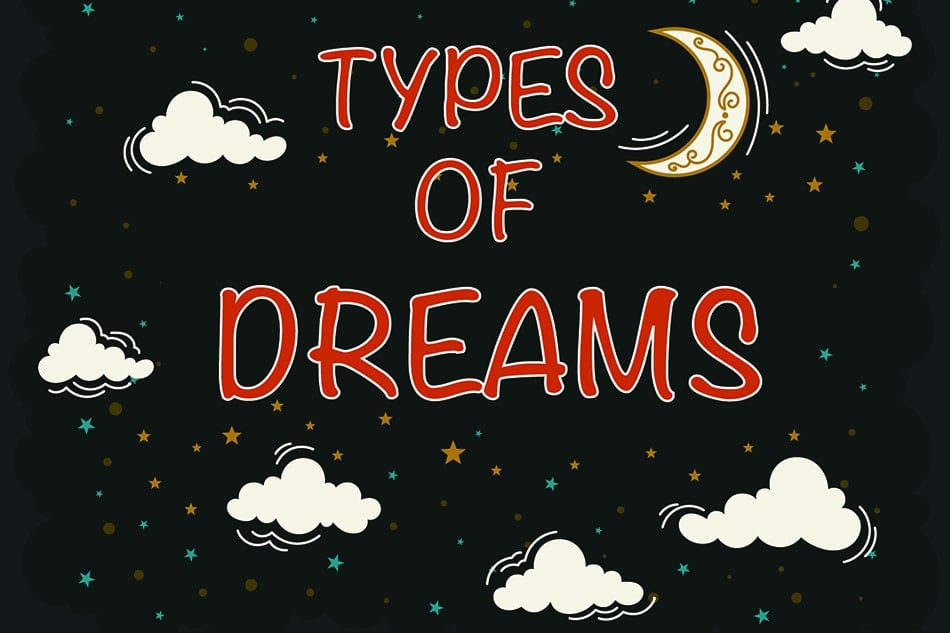 6 Types of Dreams Explained and Why They Happen