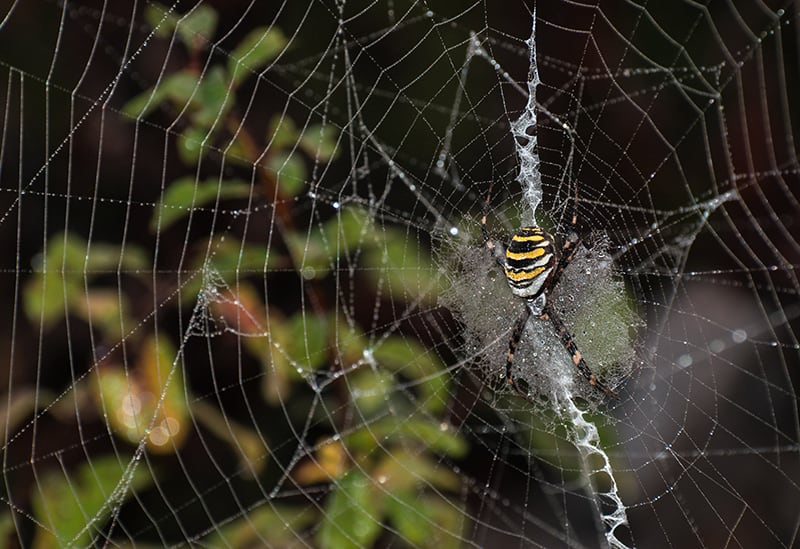 Spiders are a popular theme in dreams, often particularly in nightmares or frightening dreams because they are a common fear among many people. Spider dreams, though they may seem disturbing on the surface, are not always an indicator of something scary or negative. Spiders can also symbolize many positive things, such as fertility and creativity.

Spider Symbolism
The symbolic importance of spiders can vary depending on their context, as well as the own background and experiences of the person having the dream. Somebody who is hugely afraid of spiders will have a very different reaction to a dream about spiders compared with somebody who works with spiders or has spiders for pets. To help interpret your spider dreams, you should think about your own preconceptions about spiders, but also be aware of the symbolism surrounding spiders in other cultures.

Spiders can present themselves in various ways in dreams, and this will have an enormous effect on properly interpreting dream meanings. Some common spider dreams and their meanings are discussed below. These include:

What Does the Symbolism of Spiders Mean? 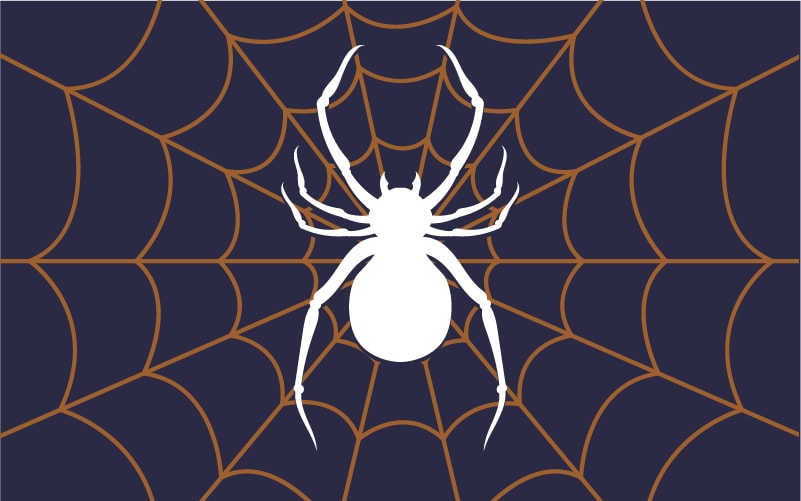 Although spiders might be a creature that strikes fear in many people, they are actually hailed as a symbol of creativity in some cultures. Their ability to weave elaborate and perfect webs shows how spiders are incredibly inventive and even intelligent. The complex nature of a spider’s web and the way a spider weaves it is undoubtedly impressive, and therefore it’s not surprising that these small arachnids can symbolize creativity for some people.

Spiders can symbolize deceit and manipulative behavior. If you think about the way spiders pop up in many common sayings and colloquialisms, you’ll soon see that spiders are associated with shady behavior. Some of these terms include ‘weaving a web of lies,’ ‘weaving a tangled web,’ and ‘getting caught in your own web.’

In the spider world, it is the females who hold the power, and so it is not surprising that females are often associated with powerful female energy. In some types of poisonous spiders, it is typically the females that are most toxic and should be watched out for. Some types of female spiders will also kill and eat the male spider after mating, which is another example of how the female spiders hold the position of authority in the arachnid world. Spiders can also be linked to strong female fertility, which is based around their bodies being shaped like the number ‘8’.

For a huge number of people, spiders represent fear. This might stem from an innate fear, or it could have been brought on by the use of spiders in popular culture. It is common during Halloween to see fake spiders hanging from windows or doors, and this is yet another example of how western culture plays into the idea that spiders should be associated with scaring people. If you suffer from arachnophobia, then dreaming about spiders will certainly not be a pleasant experience, and you might assume that these dreams have negative messages, but actually, depending on the context of the spiders in the dream, this isn’t always the case.

Dreams About Killing a Spider 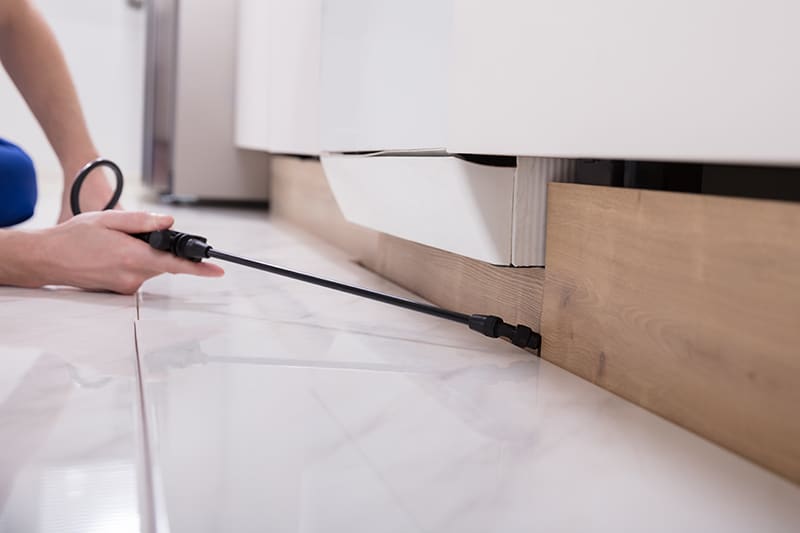 If you are dreaming about killing a single spider, then this indicates that you are not afraid, and you may be ready to face your fears in real life. This does not necessarily translate to confronting fears to do with spiders, but it is more likely symbolic that you are ready and able to face an unrelated fear that has been holding you back, for example, a fear of driving or a fear of having a meeting with your boss. Your ability to kill the spider, which is something that most people are afraid of, signifies that you are breaking free of conforming to past fears, and shows you are strong enough to move past them.

If your dream is about having to kill many spiders, then this might mean something very different. Spiders that keep continually appearing after you’ve just killed one suggests that you keep coming up against a problem that you can’t seem to tackle effectively. Your dream might be encouraging you to try a different tactic, as the one you are using is not getting the results you want.

The fact that it is spiders that are popping up hints at creativity, suggesting you should use your own creativity to overcome whatever is holding you back. Your dream could be trying to show you that you need to think outside of the box and approach your problems in a way you haven’t tried before. Having to kill many spiders in your dreams can also be an indication that there are hurdles that lay ahead of you, and your dream is warning you to be prepared to tackle anything.

Dreams About Being Chased by a Spider

The other possible interpretation that comes from being chased by a spider is a feeling of losing control or being out of control. In the same way that you have no control over the spider and the way it is chasing you is making you feel, you also feel you have no control over an issue that is presenting problems in your waking life. Try to remember that you do always have a choice with how you respond to a situation, even if you cannot control the situation itself. Try to focus on what you can do, rather than what you cannot do, and your dreams should ease off.

Dreams About Keeping a Pet Spider 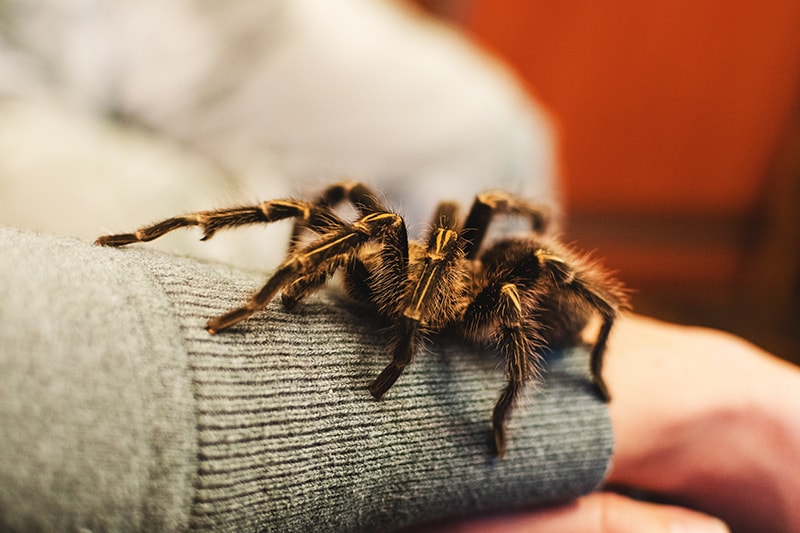 Keeping a spider as a household pet in your dream usually means that past issues you have had are being resolved, and your life is taking a new, more positive direction. A new project is set to come your way and take up all of your focus, which could be a new job opportunity, a wedding to plan, or a house renovation to manage. Your ability to keep a spider as a pet in your dream, especially if you are usually fearful of spiders, is a sign that you are at ease with whatever has passed, and you are ready to embrace the next stage of life. This is a positive dream, which may seem unusual, but has many good indications. 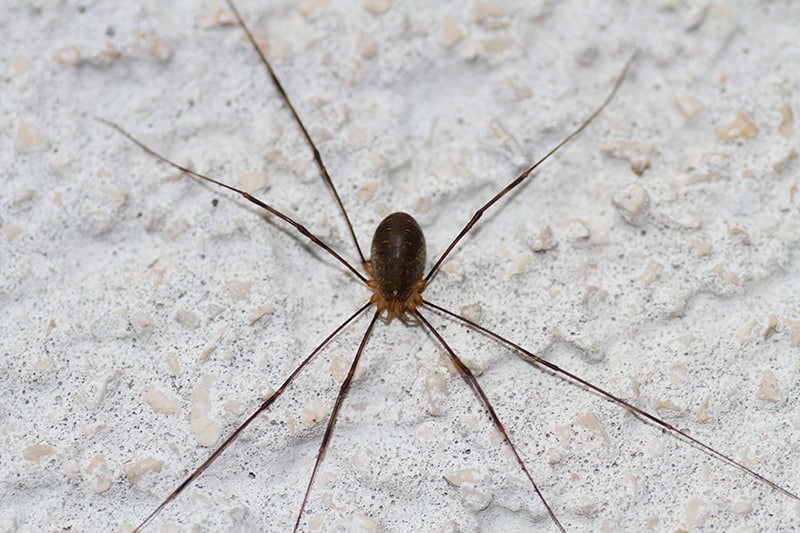 If you are arachnophobic, then this could be a very traumatic dream, and unfortunately, the symbolization of it is also negative. A giant spider in your dream is typically telling you that you have a problem in your life that you may have been avoiding, but it is no longer possible to do so. The giant spider in the room is a slightly more terrifying version of ‘the elephant in the room,’ and it indicates that you have an issue that can no longer be ignored.

The fact that it is a giant spider in your dream, rather than a different giant creature, could point to the fact that your problem is with a female in your life, as spiders, especially large spiders, are synonymous with females. This dream is trying to tell you that your problem needs to be resolved, as, like a giant spider in the room, it will not go away by itself.

Dreams About Being Eaten by a Spider

If you are being eaten by a spider in your dream, then it is probably that you are not feeling too great in real life. Being eaten by a spider usually occurs when the dreamer feels anxious or depressed, and you feel overwhelmed by these difficult feelings. In the same way that the spider is eating you in the dream, your feelings are eating away at you, or they may even be swallowing you whole.

If you feel swallowed up by feelings of grief, guilt, regret, or sadness, this dream is urging you to do something about it. It might be that writing down your feelings will help you to sort through them, maybe you should talk to a trusted friend and share your worries, or maybe you need to see a therapist for some professional help with dealing with your feelings.

Whatever it is you do, this dream is likely to keep occurring if you don’t work through how you feel. If the spider in your dream is just biting you rather than entirely feasting on you, then this has different implications. Though not all spiders have poison, they do all have fangs and are capable of biting. If you are bitten by a spider in your dream, then this points to you feeling threatened by someone in your life. This is usually not a physical threat, but more likely, somebody threatening your job or your relationship.

Dreams About Spiders Crawling Over You 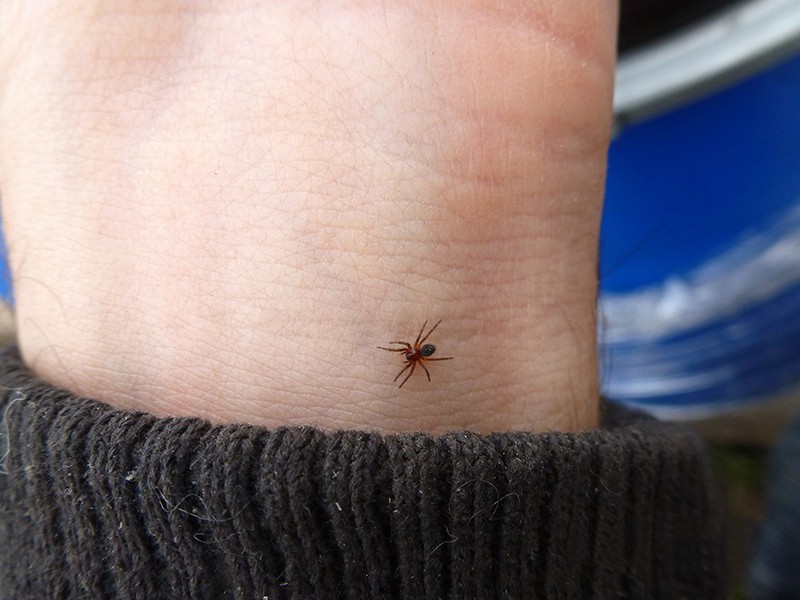 This could be a very creepy and disturbing dream, which might leave you feeling itchy and frightened even once you are awake. If you felt fearful in the dream, then this mass of spiders crawling over your body indicates that you are feeling overwhelmed by a situation. You might feel like something in your waking life is spiraling out of control, or that whatever you do in a situation will make no difference.

Spiders crawling on your body can also indicate danger looming. This might be a sign of immediate danger, and the fear in the dream will cause you to wake up and be alert to the fact that something dangerous is going on nearby. It could also be a sign of danger in the coming days or weeks and will serve to put you on alert to watch out for suspicious activity and keep your wits about you. Spiders themselves have poor vision and rely on their sense of touch to survive, so this can be interpreted as your dream warning you that you should trust your own survival instincts or pay extra attention to your senses.

It’s easy to jump to the conclusion that a dream about spiders is simply a meaningless nightmare, conjured up by an overactive imagination,  but as you can see from the examples here, spider dreams can be trying to convey important messages to you that will help you in your waking life. Learning to interpret and understand what your spider dreams mean will help you to better understand yourself and help you to move forward. 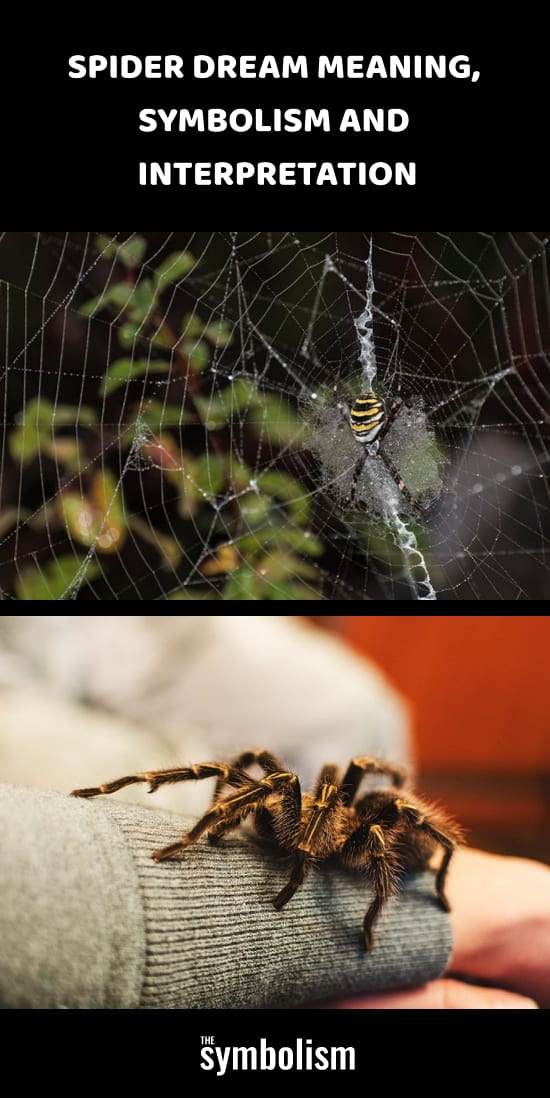