Dreaming about shrimps may not be that common, but it can happen occasionally. Its frequency depends on your appetite for this delicacy but also on many other factors. If you are a fan of this type of seafood, this article is dedicated to you. If you are not, or you care too much about your cholesterol when you’re eating, then it is less likely that you will dream about shrimps at all.

However, shrimps are not just a luxury food item. These creatures have been a long-known symbol, especially to cultures whose livelihoods depend on the sea.

These are the reasons that interpreting shrimp dreams can be complicated. Understanding such dreams is always determined by their overall context and all of their details. In addition, bear in mind that your waking life is what shapes your dreams mostly, so it is another important factor when interpreting a dream. In this article, I will explain several most common shrimp dream varieties, as well as their symbolism. 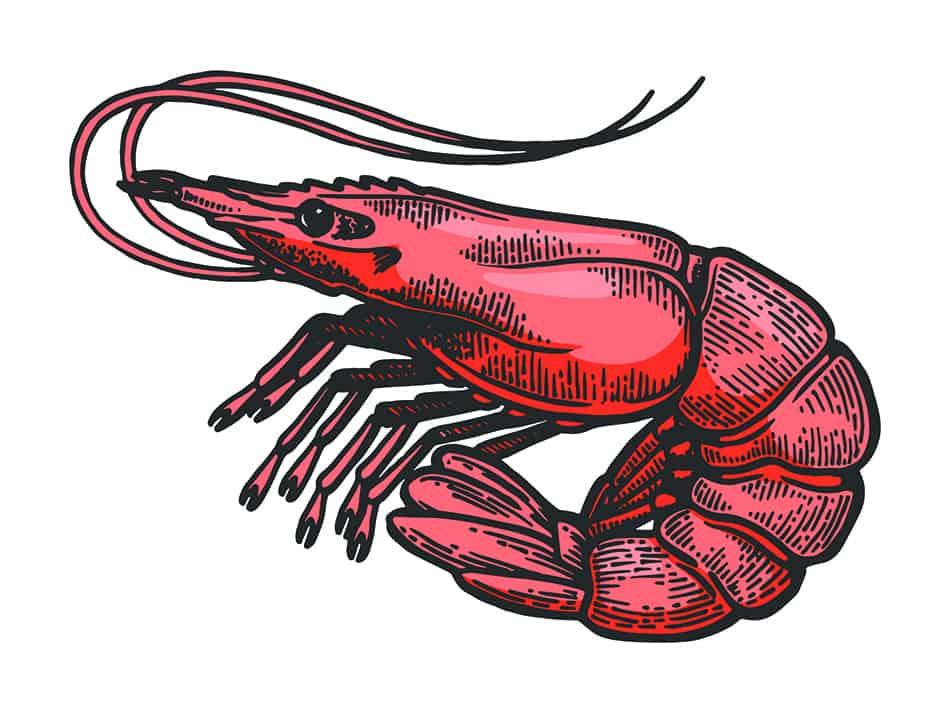 In western culture, shrimps are primarily a delicacy. Like in the case of other sea crustaceans, shrimp dishes are usually associated with luxury and comfortable and easy living. However, the language doesn’t always reflect this.

At the same time, in western popular culture, “shrimp” also stands for something small and insignificant. Thus, in the slang, when you call someone a shrimp, it is a clear statement of telling that person is of small stature in your eyes. Also, it can sometimes symbolize some sort of inadequacy.

Other than being just a popular food, shrimp is also a small size sea creature, a sea equivalent of an insect. True, personal insignificance is related to shrimps as all shrimp individuals have a uniform look and often live in groups. Still, in some cultures, it symbolizes passion, sensuality, or sexuality in a broader sense.

In Chinese, for example, shrimps are associated with happiness and vibrancy. Here is an interesting reason for this association: the word “shrimp” in the Chinese language phonetically sounds similar to the word “laughter.”

Because of the variety of meanings across cultures, shrimp as a dream symbol can be interpreted in various ways. Also, the interpretation will depend on the context of the dream – whether the shrimps in the dream are alive or dead, raw or cooked, in the sea or on land.

In her dream dictionary, Theresa Cheung connects shrimp dreams with the feeling of personal insignificance. Also, the shrimp appearing in your dream can represent rivalry or resentment towards a certain someone because of the said slang meaning of the word “shrimp” – sometimes used as a degrading nickname.

However, Cheung also argues that if you dream of shrimp in the context of the sea, a famous “mother image” can represent a particular kind of rivalry – connected to your childhood, possibly your siblings. Shrimp in the sea can symbolize the reawakening of these dormant conflicts and insecurities. This is especially true if you feel that dreaming about the shrimps and the sea has somehow steered your emotions, even if the emotional charge is abstract.

Reflect back on your life and your early relationships. Were you jealous of your brother or sister? Did you think they got more attention than you and did it make you feel abandoned? Had one of your parents made you compete for their love and affection, for example, by favoring the one sibling who behaves “better?”

However, because of its other attached meanings, shrimp dreams can have other interpretations too. Once you’re all clear that sibling or childhood rivalry wasn’t the problem, we can look at other possible meanings.

Since shrimp are a symbol of prosperity, dreaming of a shrimp in warm water can symbolize business success. Maybe your hard work has finally paid off in your waking life?

In general, and this is especially true for eastern cultures, shrimp can symbolize well-being, abundance, and fertility. If you have strange and positive feelings about your shrimp dream,

Dreaming of Shrimp as Food 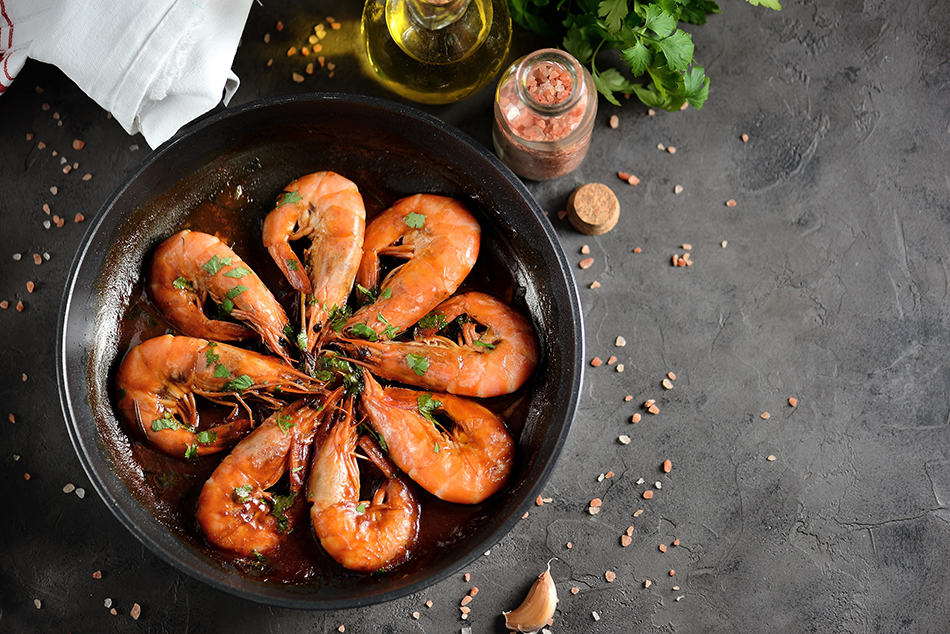 Since all life came from the sea, and the seas support so many people in terms of food, sealife has a certain feeling of mystery and wisdom attached to it. That is why the symbol of seafood in dreams often stands for spiritual knowledge and nourishment.

If you are dreaming of eating seafood – shrimp included – it can mean that you crave spiritual knowledge and fulfillment or that what you are doing now in your life is spiritually rewarding.

Also, being a somewhat luxury food item, dreaming of eating shrimp can stand for craving a luxurious lifestyle, or at least an easier living than the one you are leading right now. This dream symbol can signal either greed or the desire to be unburdened – you will have to discern this by heart and the objective look at your life circumstances.

If you already live a plentiful life, it may mean that wanting more is over the top. The dream context and plot may even warn you about this – it may happen that you dream about stuffing yourself with shrimp or other seafood to the point of feeling unwell. That is a clear message that you may need to reconsider your urges.

On the other hand, if you objectively lack material security – the place you live in is under a mortgage, or you are having trouble paying the rent, you struggle to make ends meet, and so forth, dreaming of eating shrimp can fall into the “relief dreaming” category. You are troubled, you feel overburdened, you are afraid for your finances – and you are literally dreaming of an easier life.

Dreaming of Shrimp in an Aquarium 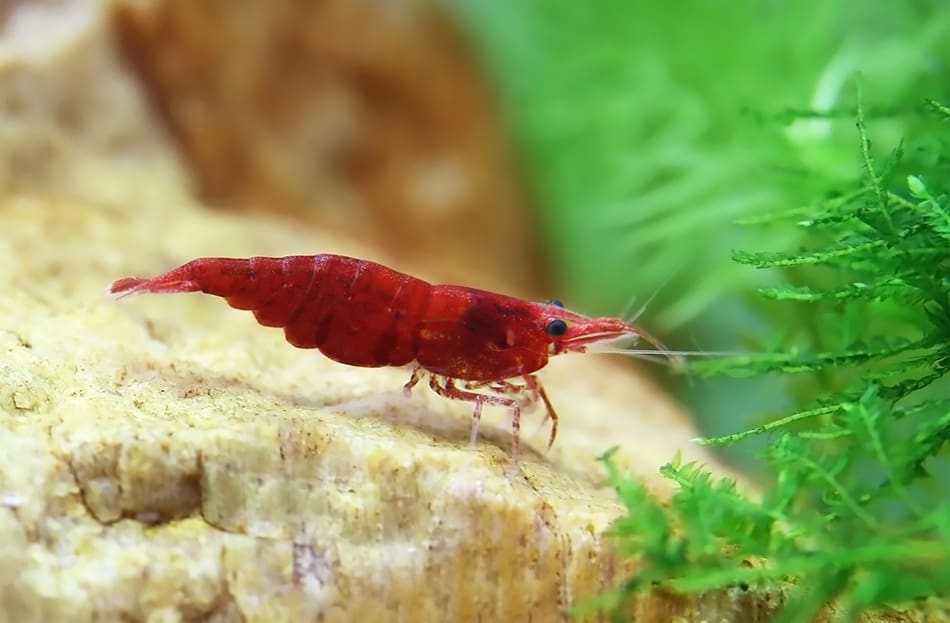 One thing I haven’t mentioned up until this point – besides the shrimps that are commonly eaten, there are other species of shrimps, both marine and freshwater, and some smaller ones are kept in aquariums.

If you have been exposed to these – through having a shrimp as a pet, through work, visits to public aquariums, or through media, an occasional aquarium shrimp can find a way into your dreams.

In this case, the symbolism of an aquarium itself may be more important than the shrimp in it.

Think about what an aquarium is. Eve Adamson’s Dream Dictionary from The Complete Idiot’s Guide edition lays it out nicely:

“Aquariums symbolize the small realities we keep self-contained within us: our fantasy lives, our dreams for the future, our separate worlds of work, family, and love… Aquarium dreams celebrate these inner worlds, but also show us how we limit ourselves by our own rules and preconceived notions about the world. You can’t swim past that glass wall.”

Dreaming of an aquarium with shrimp inside may indicate that the pleasures of your inner world are small, strange, but still very precious to you. Since shrimp can also be a symbol of belittlement, you may also be ashamed of these pleasures. 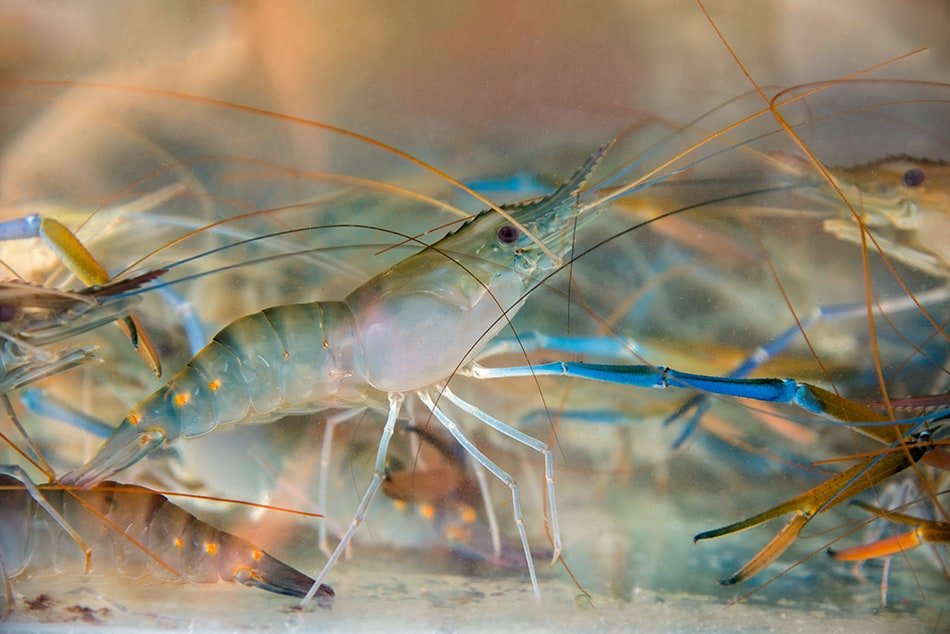 I already said that shrimp and other small crustaceans are the sea equivalents of insects. If you are squeamish and afraid of the creepy crawlers during your waking hours, it is possible that you don’t fancy shrimp either. Like insects, they also have segmented bodies, long pointy legs, antennae, bulging eyes, and weird mouthparts, and likewise, they may cause similar visceral reactions. After all, the unfortunate videos of kids scared by the crustaceans.

Your brain may recognize these creatures as similar to insects, which may allow them to convey similar messages from the dream realm.

We view insects as connected to the depths of the Earth. To mirror that, shrimp are connected to ocean depths. In both cases, the surfacing of these creatures can signal that your past traumas and issues are resurfacing, perhaps with great intensity. If the bad shrimp encounter is happening in the ocean or in the sea, it can mean that the negative feelings are related to your mother.

Even if you can’t pinpoint the exact causes, these unpleasant invertebrate dreams are nearly always connected to real-life dark times – periods of stress, anxiety, disgust, guilt – in general, all negative feelings that can haunt you over a prolonged period of time.

While shrimp is a less common image than a bug, the similarities with insects may produce the same effects in dreams if you have frequent contact with whole fresh shrimp; for example, through your work, the chance that shrimp can become a surrogate for insects in your dreams increases.

We tend to view shrimp in rather simple terms – they are either sea creatures or food. However, as you see, in the dream realm, they can have complex and variable meanings. Let’s sum them up.

Shrimp can symbolize luxury and success, abundance, and general well-being. That is especially true if you are having a wonderful shrimp meal in your dream or if the dream is otherwise pleasant.

However, shrimp can also stand for belittlement and conflict, especially sibling rivalry if in your dream they appear in the sea, a mother image.

In highly unpleasant dreams where shrimp take upon a creepy-crawly role, and you feel terror encountering them, they may signal that long-forgotten negative feelings are resurfacing and that you need to integrate them.

This interpretation diversity means that if you are dreaming of shrimp, besides reading about it, you may need to do some soul searching and introspection to figure out what it all really means. I sincerely hope that uncovering the possible options will help you.

Have you ever dreamed of shrimp? Was it a good dream or a bad dream? What’s your guess about the meaning of it? Don’t be shy – share your story in the comments.

If you like this article, be sure to check the following.

What Does It Mean to Dream of a Whale?

What Does It Mean to Dream of a Bat?

What Does It Mean to Dream of a Monkey? 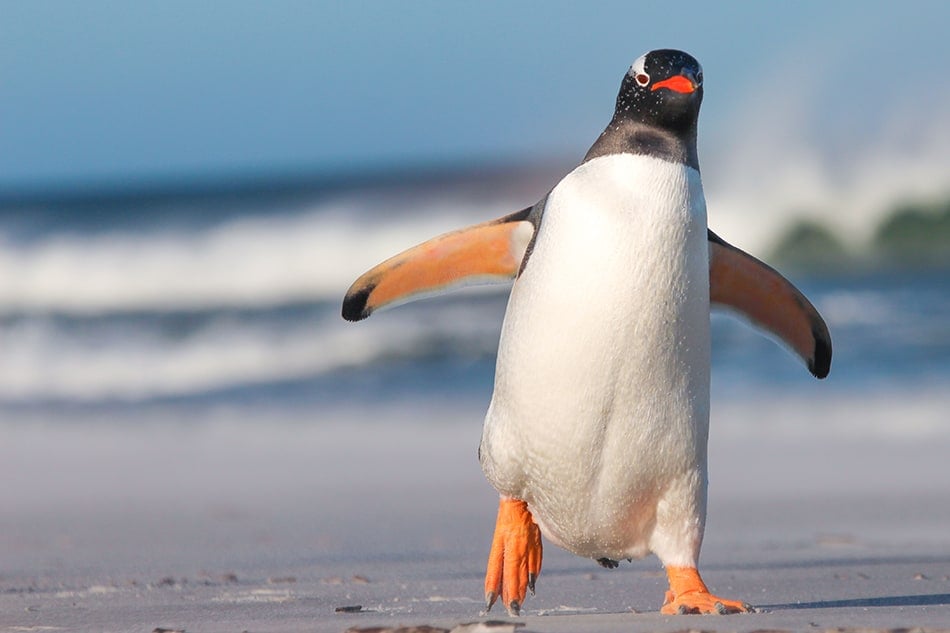 What Does It Mean to Dream of a Penguin?

What Does It Mean to Dream of Rain?
Categories
Dreams
Meaning