Some people count sheep to fall asleep. If you see sheep in your dream, though, it could say a lot about your attitudes on important topics including obedience to authority.

Sheep have a reputation for following their leaders and each other rather than acting independently. Your dream of sheep could therefore show that compliance with authority figures or conformity with your peers is a major concern for you now.

Sheep have also been targeted by the practice of animal sacrifice, so a dream of sheep could symbolize themes of sacrifice or innocence in your life. 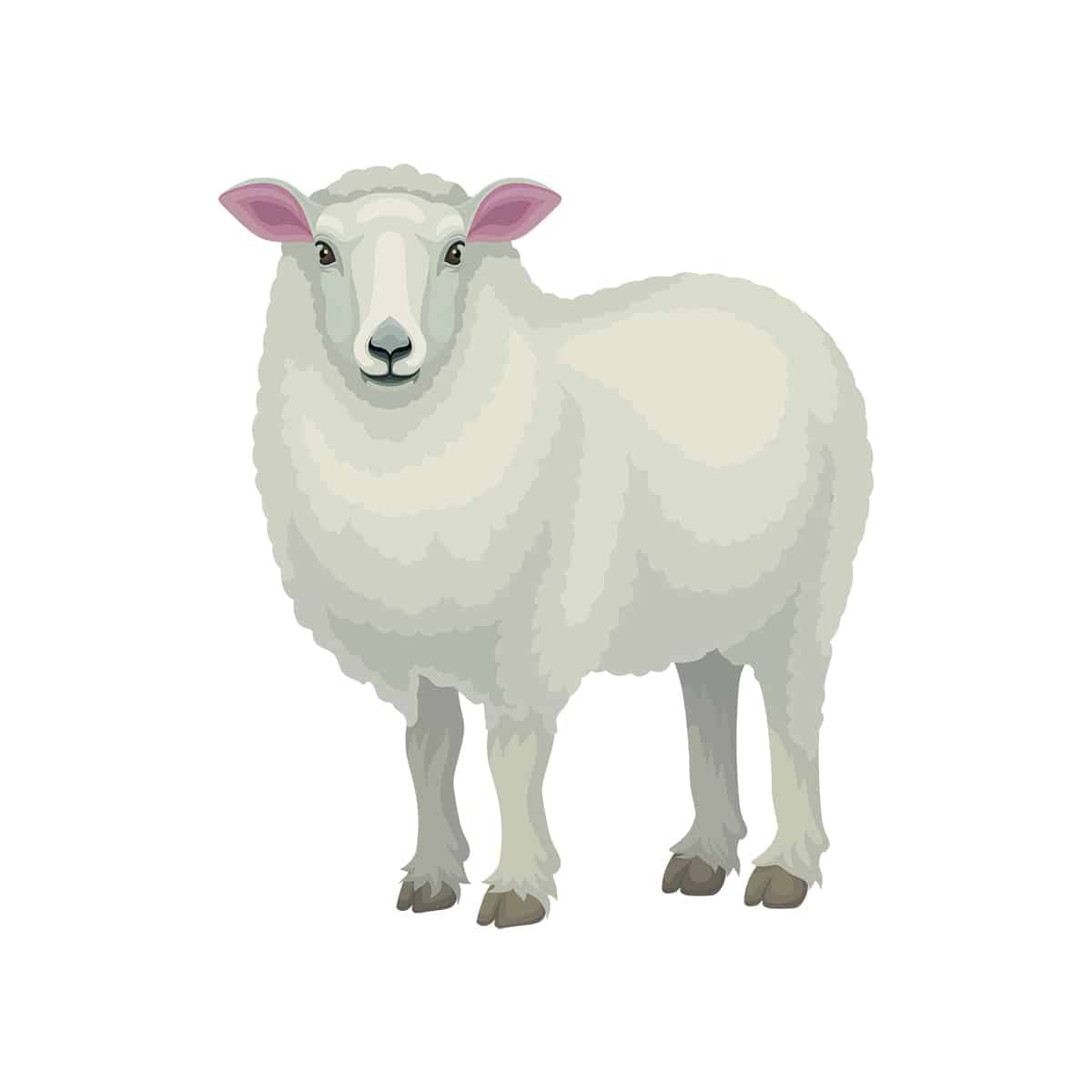 Your sheep dream could therefore refer to a situation in your life where you or others are unquestioningly submissive to an authority figure. A dream of sheep that has a positive emotional atmosphere might suggest you’ve been fortunate enough to find a competent leader or coach who can direct their followers to achievements they wouldn’t be capable of on their own.

However, an unpleasant dream of sheep may symbolize that you or others have been led astray by a charismatic individual who doesn’t have your best interests at heart. You might need to look at what makes you attracted to this person.

Alternately, your sheep dream could represent a situation where you are the leader others look up to. You may feel a lot of responsibility to guide them wisely.

As sheep follow their shepherd, they also tend to follow each other. Your dream of sheep could refer to a situation where you or others are afraid to stand out from the herd.

The word “sheeple,” which combines “sheep” and “people,” is sometimes used as a derogatory term for people who accept the explanations authority figures provide instead of exploring alternative viewpoints. A sheep dream might reflect that you’ve referred to others as sheeple lately, whether out loud or in your head.

Alternately, you could be stewing over someone else’s accusation that you are among the sheeple. See also apocalypse dream symbolism, as some situations where people are called sheeple involve their reluctance to accept apocalyptic ideas.

Animal sacrifice is part of some religions, and sheep are among the common targets of this practice. In Christianity, Jesus Christ is sometimes referred to as the Lamb that was slain, as his crucifixion is believed to have ended the need for animal sacrifice. (See also symbols of forgiveness.)

The phrase “sacrificial lamb” alludes to this history. Your sheep dream could therefore symbolize that you feel like you must sacrifice something personally important in service of the greater good.

You might alternately be aware that a dynamic in your life is unfair to at least one of the people involved. Whether it’s you or someone else who’s on the wrong end of the deal, you may not know how to make it better.

The association with sheep with animal sacrifice points out that innocent animals, like sheep, are sacrificed for the sins of humans. Adding to the case that sheep are innocent, they’re herbivores that graze on plants to eat, so they’re not the predators of any other animals.

In this sense, a sheep dream could symbolize that an innocent person in your life is being taken advantage of or wrongly accused.

The phrase “wolf in sheep’s clothing” refers to someone who tries to look innocent but really has bad intentions, so a sheep dream with an uncomfortable vibe could suggest that this type of situation is present in your life. See also wolf dream symbolism.

Dream of a white sheep 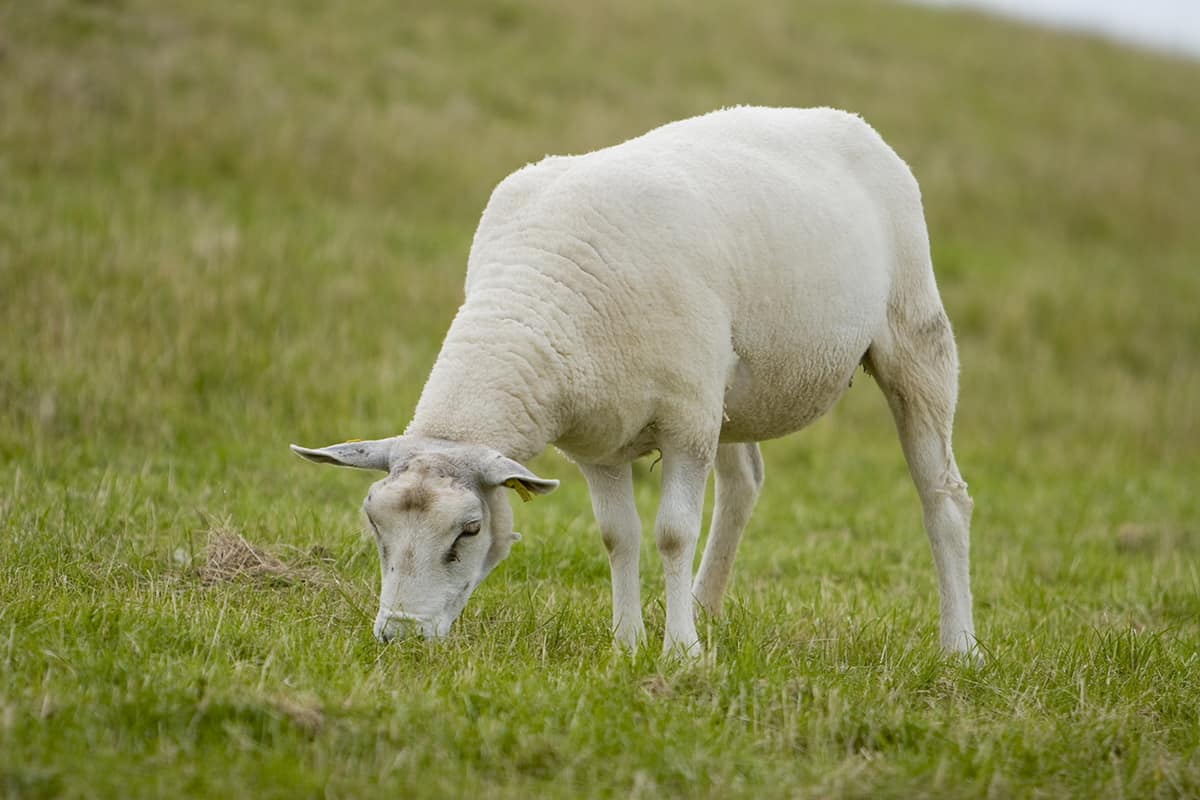 In general, the dream symbolism of the color white includes innocence, so a dream of a white sheep could emphasize that part of sheep dream symbolism. You might be aware on some level that you are a bit naïve — or you could be afraid of unintentionally taking advantage of someone else who is not very street smart.

Also, most sheep are white, so a dream of a white sheep might symbolize that blending in with the crowd is important for you now.

Dream of a black sheep 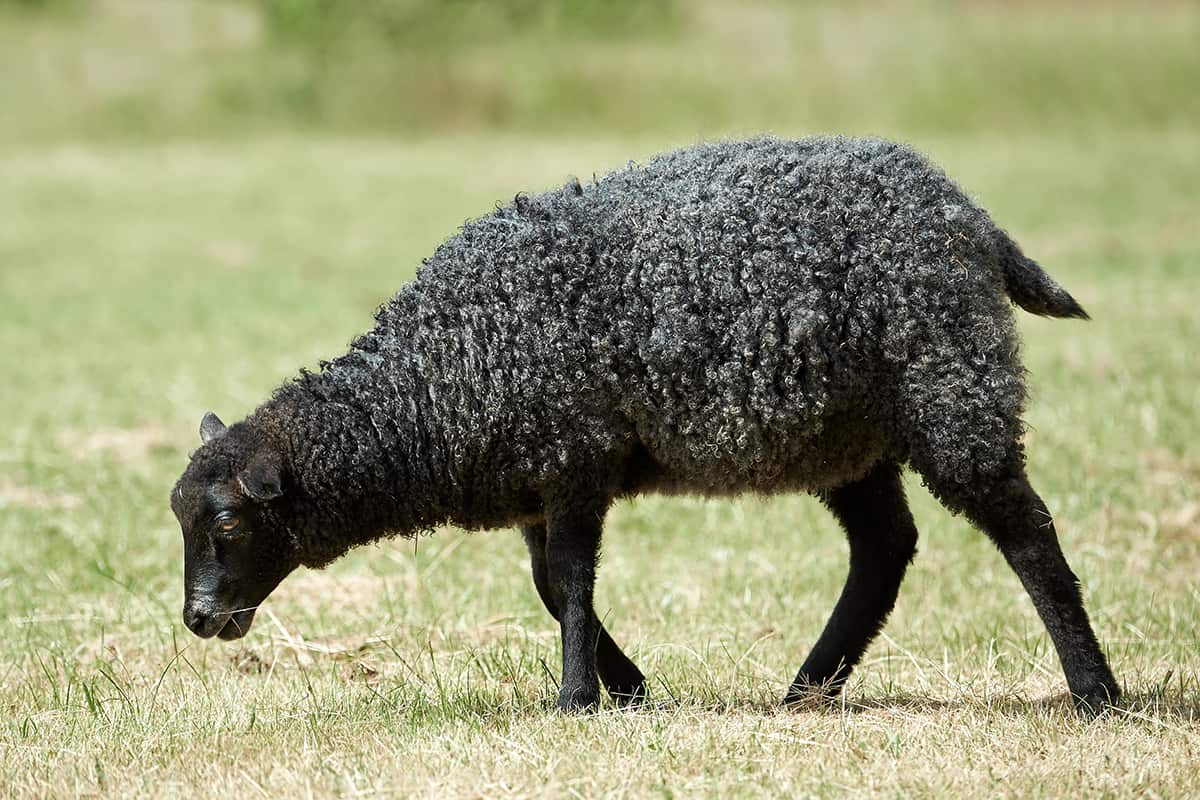 The idiom “black sheep” usually refers to someone who doesn’t fit in with their family. Your black sheep dream could therefore allude to this saying, suggesting that you feel isolated from your family or another significant group of people in your life.

However, sometimes the black sheep is in possession of an important truth that others don’t want to acknowledge. In this sense, your black sheep dream could symbolize that it’s important for you to listen to whoever is on the outs with your crowd, because you might not have the whole story.

Dream of a flock of sheep 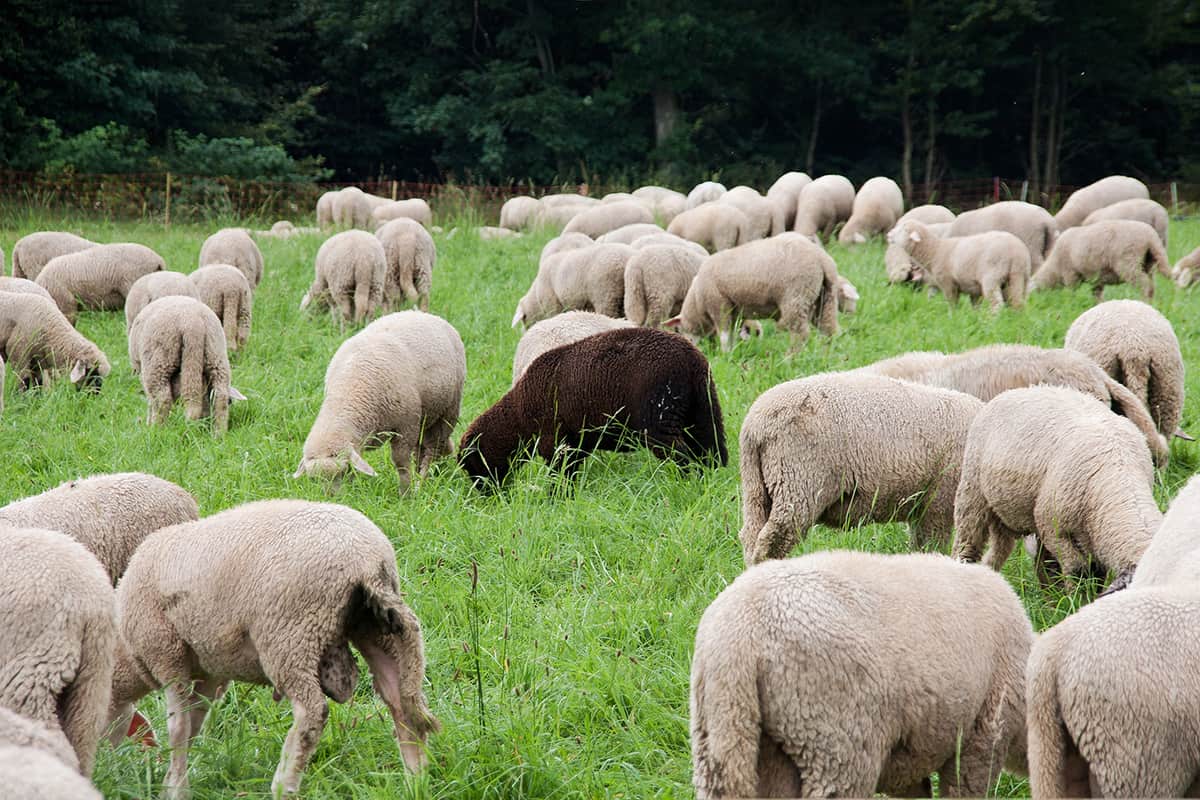 Seeing a flock of sheep in a dream can symbolize that following the herd is important to you now. You may feel like you have a duty to go along with what seems best for the collective, even if it goes against your own personal interests. Being included might seem to be worth whatever it costs you.

Alternately, your dream of a flock of sheep could show that you are frustrated with the mindless conformity of others in your life. You might feel like they aren’t questioning authority even though it would be good for them.

Sheep are gentle animals, and this often gets them taken advantage of. Your sheep dream could show how well your compliant side is working out for you now. Though obeying authority and blending with your peers may be the best course of action in some situations, remember that lambs can be led to the slaughter, so it’s necessary to keep your wits about you.