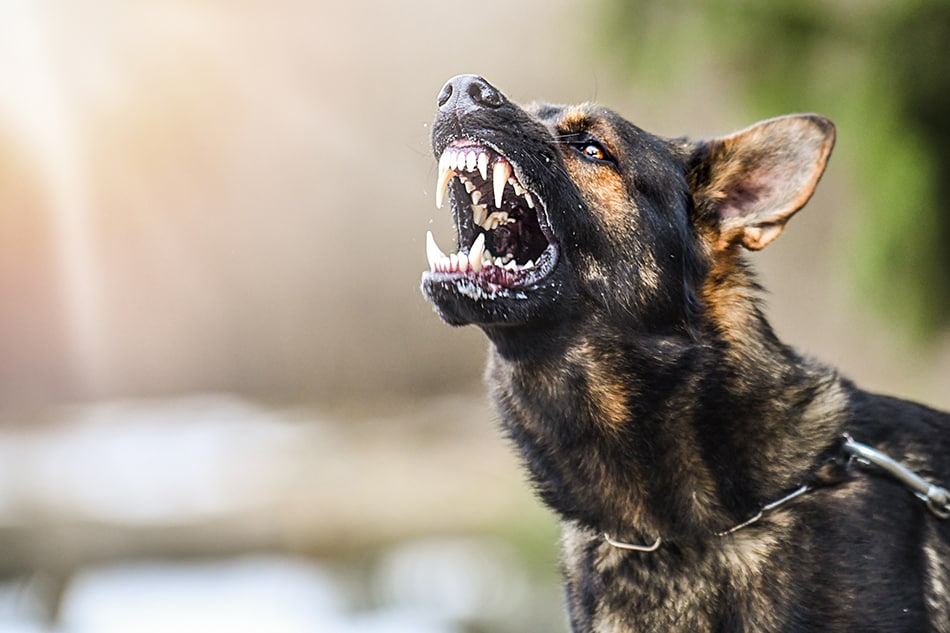 Some dreams are so scary that you wake up before the really scary thing that you seem to be heading toward happens. A dream of being attacked by a dog could be one of those dreams, and dog attack dreams often speak to the presence of a threat in your waking life as well.

As discussed in the overview of dog dream symbolism given in What Does It Mean if You Dream About Dogs?, dogs are very loyal and protective. This is great if they are loyal to and protective of you.

The other side of that loyalty and protection, however, is that dogs can aggressively attack you if they perceive, rightly or wrongly, that you are a threat to them or their loved ones. When a dog gets into this state of mind, there may not be much you can do to reason with the dog.

Dreaming of a dog attacking you can therefore symbolize that you feel like you have gotten on the wrong side of someone or something who is totally unreasonable. You may feel powerless to influence them because it does not seem like they are operating from a place of logic. 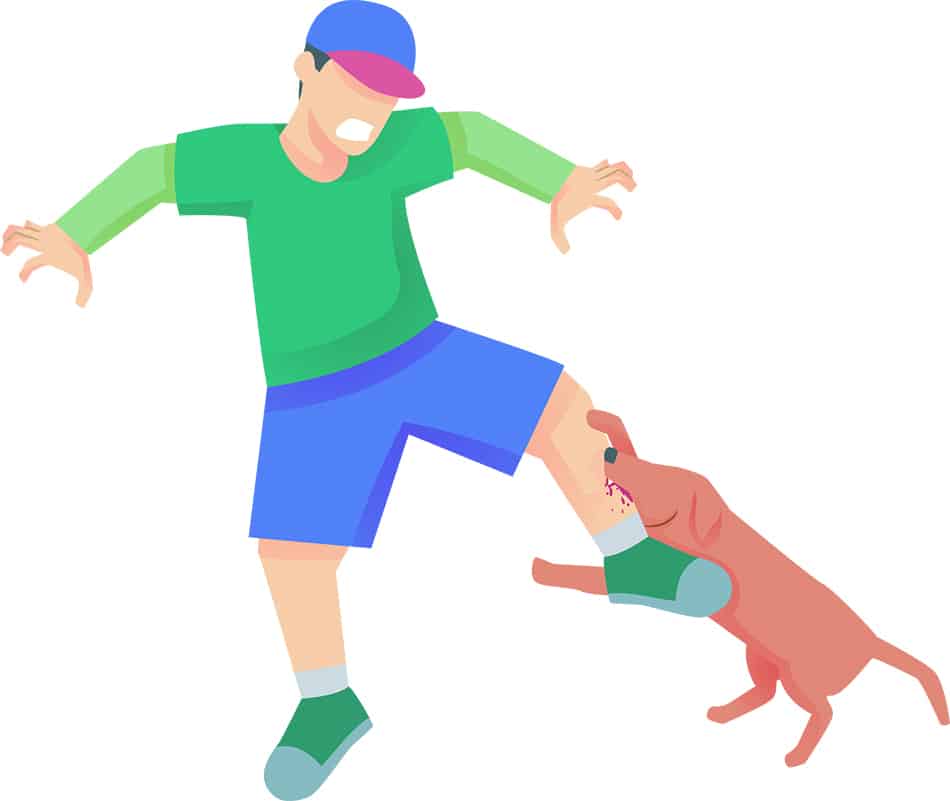 Dreaming of a dog attacking you could symbolize that you feel affected by aggression in your waking life. Maybe someone else is hostile toward you, whether or not they are open about it.

Alternately, you could have feelings of aggression that you do not know how to deal with. It could be easier for you to see the aggression coming at you from others than to admit that you feel that way yourself.

Dogs often attack because they feel that they need to protect themselves or others in their circle of loyalty. Dreaming of a dog attacking you could therefore symbolize that you have overstepped someone else’s boundaries and need to be more respectful of them.

There may not be a lot you can do to change the mind of a dog who has decided that you are a threat, so dreaming of being attacked by a dog can symbolize that you are in a situation where you feel powerless to influence whoever is opposed to you.

This variant of powerlessness has to do with the feeling that the people and circumstances around you are totally unresponsive to reason or logic. The only authority respected is brute force.

Dreaming of a dog attack could therefore symbolize a situation where you or someone else is being cowardly and hiding behind an “attack dog” instead of expressing grievances openly.

Dream of seeing an angry dog 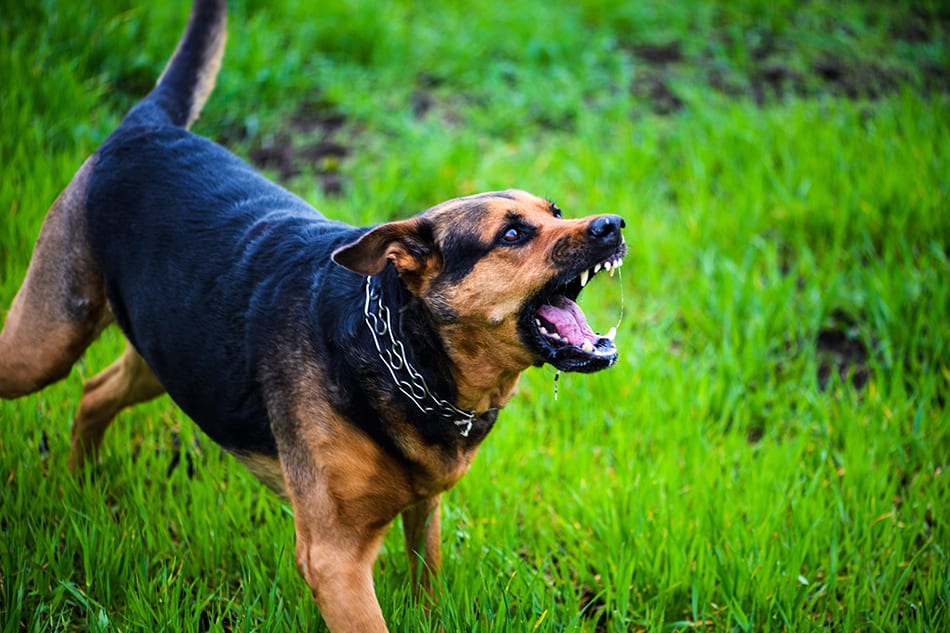 If you dream of seeing an angry dog, this could symbolize that you are aware of tension in a relationship in your life. You might be aware that someone is angry with you, and this dream could be a warning to leave them alone, as they are not capable of working things out with you at this point.

If the dog does not pursue you or succeed in biting you, however, the dream shows that you have the ability to protect yourself by giving the person who is upset with you as much space as you can give them.

Dream of a dog chasing you 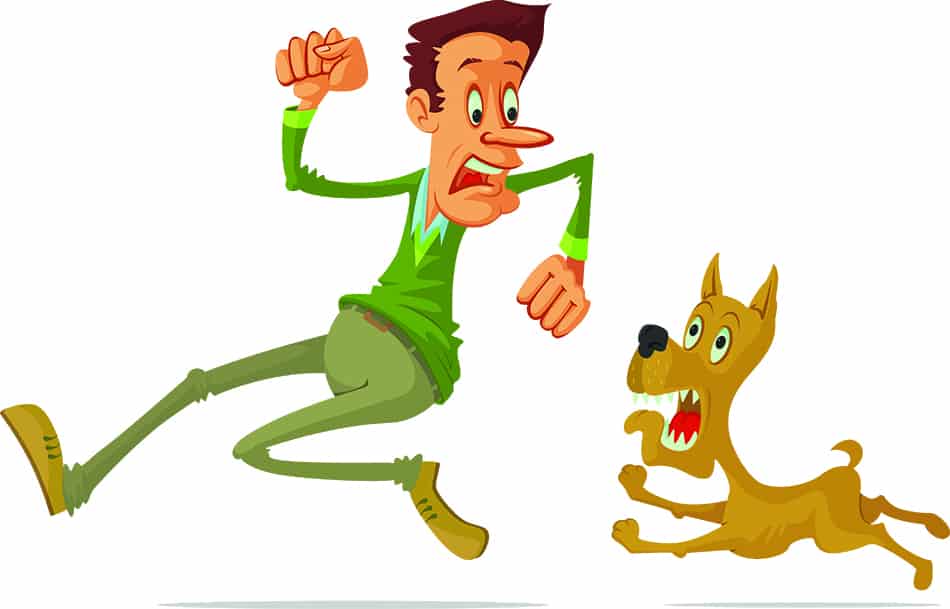 If you dream of a dog chasing you, this symbolizes that you feel attacked in your life. What are you running from? An angry dog is a threat that cannot be reasoned with, and you may feel that whoever or whatever is troubling you is similarly impervious to logic.

If you are able to run away from the dog in the dream, this could be a good omen that you will be able to escape from being harmed by whatever is threatening you in your life. You may not get the vindication of a dramatic confrontation where you successfully convince your enemy to admit that they were wrong, but maybe parting ways safely is the best possible outcome for your situation.

If the dog that is chasing you in your dream catches you and bites you, though, it could be a relief, both in the dream and in terms of symbolic meaning for your waking life. When the bad thing you are frantically trying to evade actually happens, you at least no longer have the element of anticipatory anxiety surrounding what will happen if it happens.

Dream of a dog biting your hand 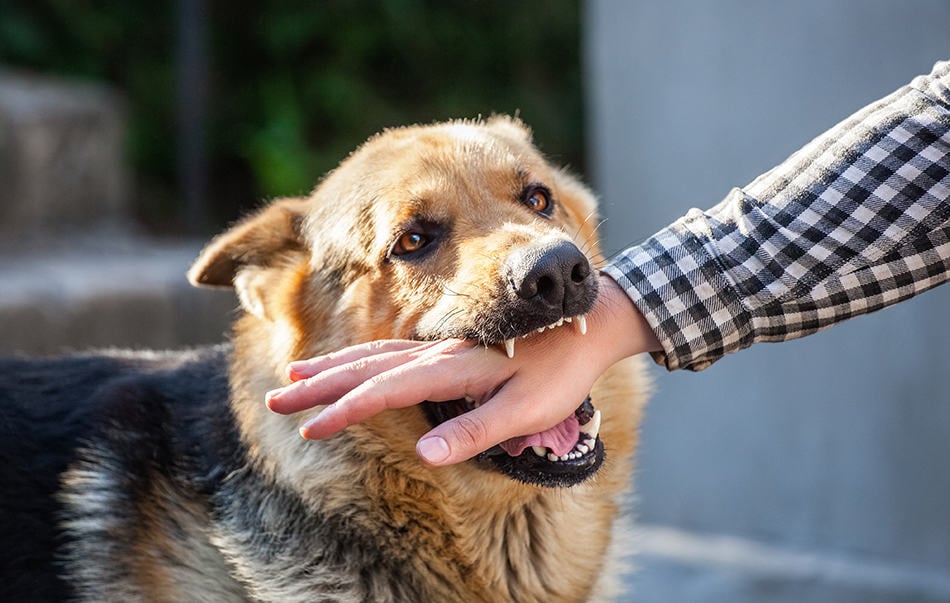 Dreaming of a dog biting your hand could suggest the common saying, “biting the hand that feeds you.” This saying refers to a situation where somebody turns on a person who is trying to help them.

Such a dream could therefore symbolize that you feel someone you are trying to help is rejecting you or being ungrateful to you. You might therefore need to examine your motivations for helping that person and look at whether you are really doing them any good.

Hands can symbolize taking action in the physical world, so dreaming of your hand being injured in any way could also mean that you feel your ability to get things done is impaired. To have this happen as a result of an aggressive dog biting you could further symbolize that you feel blocked from taking action by people who are not behaving rationally or by circumstances that are chaotic.

Dream of a dog biting your arm 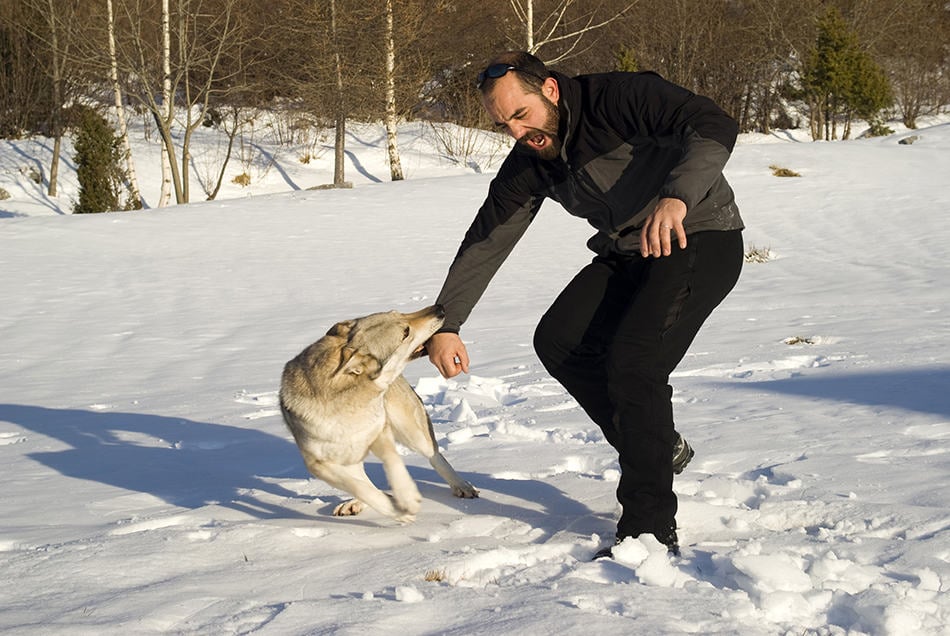 The dream meaning of getting a dog bite on your arm could reference the idea of taking someone by the arm to lead them somewhere. This could be a message telling you that you need to go in a new direction in life. The more aggressively the dog bites your arm, the more serious your need for change is.

Dream of a dog biting a child 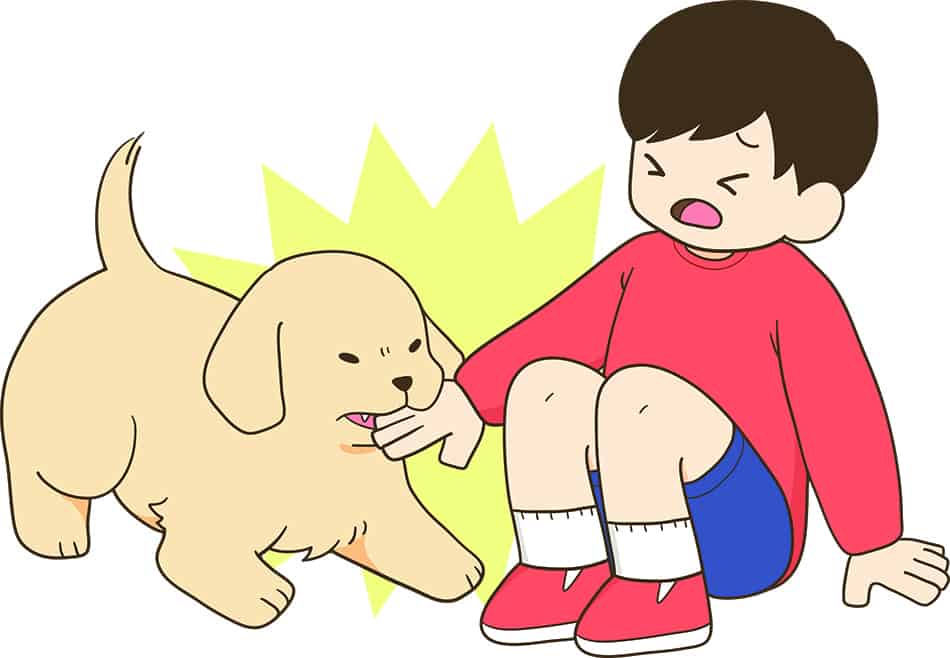 Dreaming of a dog biting a child could symbolize that something innocent in your life is threatened by an aggressive force. It could even mean that an actual child in your life is in trouble and needs you to help them.

An exception would be a dream where a dog bit a child because the child was teasing or provoking the dog. This could symbolize a situation where you or someone else in your life is taking too many risks and in danger of having a bad outcome from that.

Dream of a group of dogs attacking you 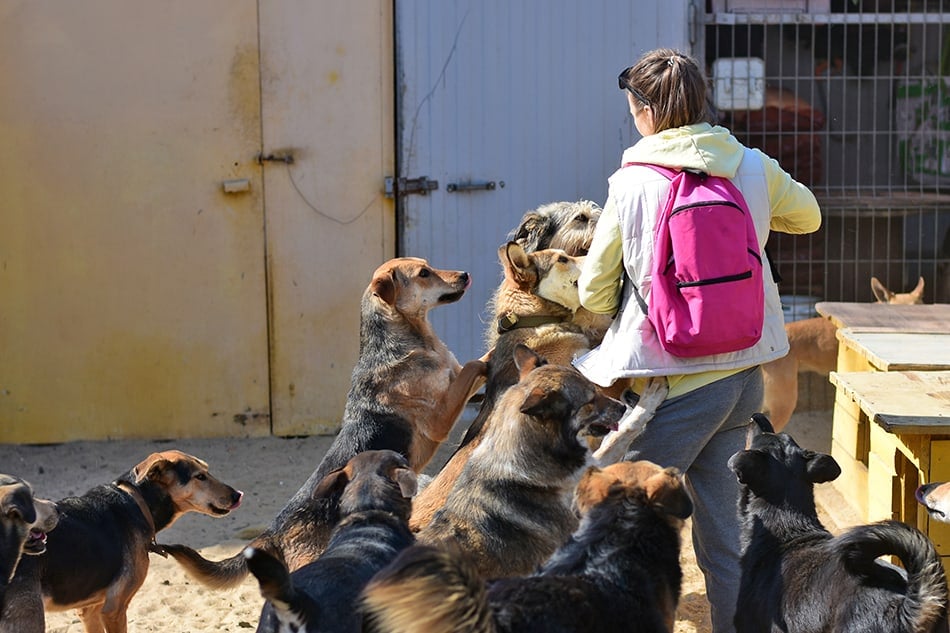 If you dream about dogs attacking you as a group, this could symbolize that you feel threatened by a group of people operating in a hierarchical pack mentality situation. Dogs are related to wolves, and they can have similar pack behaviors to wolves as described in What Does It Mean to Dream of a Wolf?

An individual dog could perhaps be reasoned with, but being part of a pack seems to destroy the capacity for reason in both humans and canines. Observing dogs with this sort of pack mentality in your dream could suggest that the people around you in your waking life are in the grip of mass hysteria.

Dream of a dog being attacked 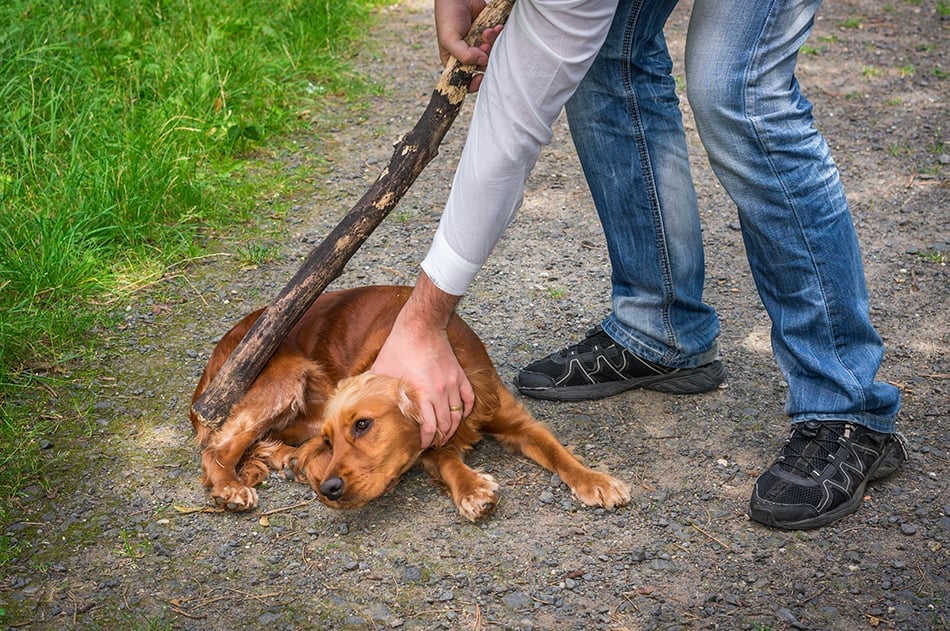 If you dream of a dog being attacked – whether by another dog, or by a larger animal or human – this could symbolize that you feel like the positive qualities associated with dogs, such as loyalty and protection, are threatened in your life.

You might like to think that all of your problems can be worked out logically, but a dog attack dream can dramatically show you that some situations require a different approach. The more you acknowledge that difficult feelings like aggression are part of life, even for rational humans, the less trouble they will cause.