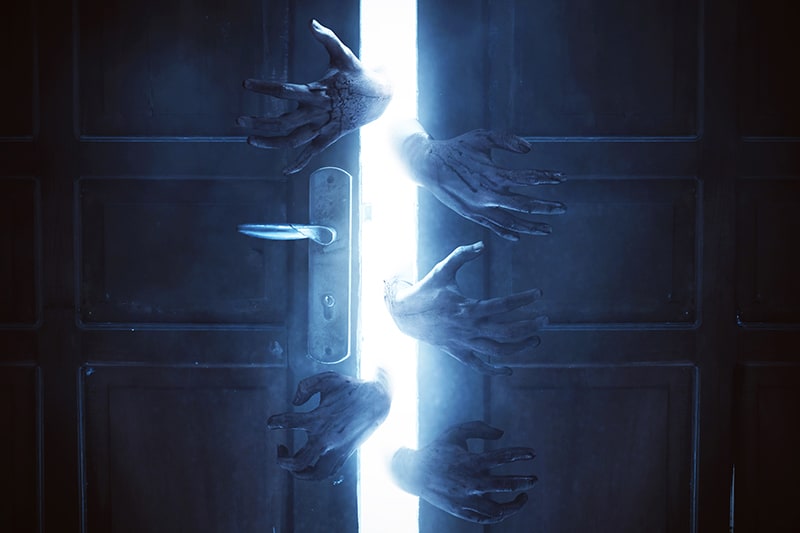 How a demon dream looks to you might be influenced by your religious or cultural background. What many religions and cultures have in common, however, is the idea that there are demons, supernatural creatures that have bad intentions toward humans.

Demons can symbolize addictions and other situations where you might feel powerless. It may be necessary to look at whether you are really as powerless – or as responsible – as you feel, but demons can also represent the oppression and abuse of true evil.

What if It’s More Than Just a Dream?

If your demon dream was troubling to you, consider consulting a religious or spiritual adviser. The books People of the Lie: The Hope for Healing Human Evil by M. Scott Peck and Sister of Darkness: The Chronicles of a Modern Exorcist by R.H. Stavis may also be of interest. 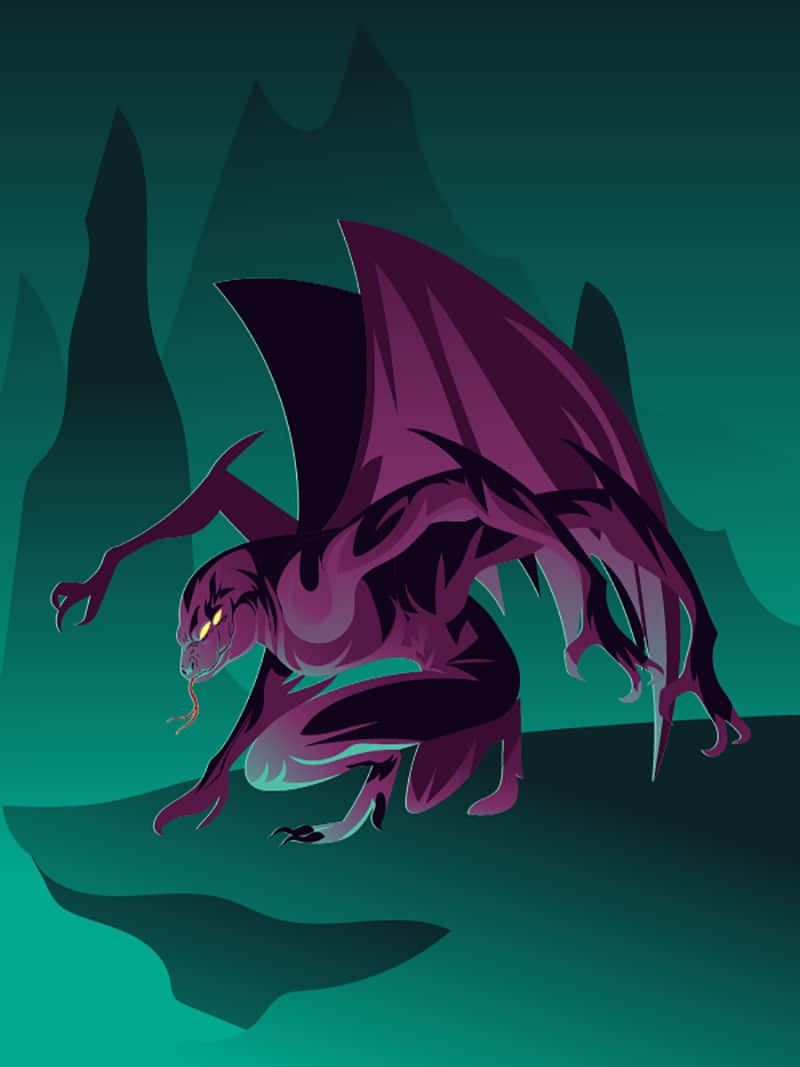 Addictions and other self-destructive behaviors are often referred to as a person’s “demons.” The common thread between substance abuse and supernatural beings is that people tend to feel a lack of control over these things.

In The Twelve Steps of Alcoholics Anonymous, the first step to recovery from alcoholism is, “We admitted we were powerless over alcohol—that our lives had become unmanageable.”

In the United States, the Substance Abuse and Mental Health Services Administration offers a 24-hour phone hotline at 1-800-662-4357 for people struggling with substance abuse and their families.

Demons symbolize a force greater than human will. To dream of a demon can therefore mean you feel powerless to influence how things go in your life.

Powerlessness is also blamelessness. Some people may unconsciously seek out situations where they are powerless because they find it easier to deal with that than to deal with the alternative, where they might have enough power to become responsible for initiating some course of action that might not go perfectly and then face blame for the outcome.

If you dream of a demon in a situation where you are powerless, you might therefore examine whether you are getting any hidden advantages from powerlessness in your waking life. It is easy to blame your problems on some demon external to yourself, but sometimes life is more complicated than that.

Maybe someone else in your life acts like they are powerless and blames you for all of their problems. If you believe them and accept that you really are the demon ruining their life, your dream of a demon might reference such a relationship.

How is it, though, that you are powerful enough to cause all of this person’s problems and yet simultaneously completely powerless to get out of the position you are in with them?

In this sense, the demon might be a more dramatic word for scapegoat. Entrepreneur Peter Thiel said in his book Zero to One: Notes on Startups, or How to Build the Future, “On the one hand, a scapegoat is necessarily weak; he is powerless to stop his own victimization. On the other hand, as the one who can defuse conflict by taking the blame, he is the most powerful member of the community.”

A demon dream could be empowering in this sense, as you might realize that, if you are going to have all of the responsibility of being some person’s demon anyway no matter what you do, you might as well grab the power of being a demon too. You might even use that power to tell the person you are leaving them so that they can find someone else who makes them happier than you do!

Evil is a big word, in terms of its bad reputation, but what does it actually mean? In People of the Lie: The Hope for Healing Human Evil, psychiatrist M. Scott Peck defined evil as “that which opposes the life force.”

Evil, Peck went on to say, is not only involved in physically killing someone. Evil is also involved in the sort of abuse that can break a person’s spirit while leaving them physically intact.

Peck’s chilling point is that evil is not limited to creatures with fangs and horns, or to people who are involved in some obviously shady subculture. Instead, normal-looking people oppress and abuse others in plain sight, and they often get away with it.

If evil were always perpetrated by strange-looking demons instead of by normal-looking people, it would be easy to identify and stop evil.

Your dreams, however, can use shocking imagery to tell you what is really going on in your life. If you dream of demons, perhaps someone in your life is acting in an abusive way and getting away with it.

Dream of demons attacking you 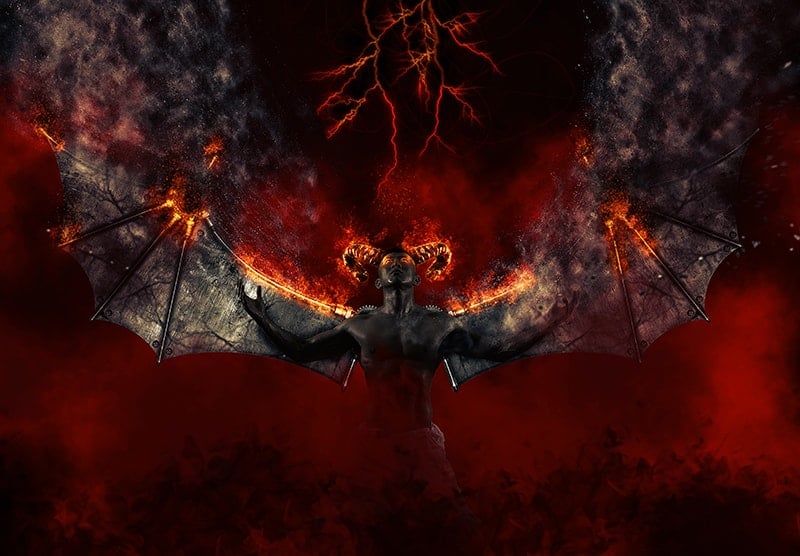 If you dream of demons attacking you, you probably feel attacked by someone or something in your life.

Maybe you feel attacked by the kind of situation where it seems like no one person is intentionally out to get you, but circumstances just seem to end up going against you over and over again. For example, maybe your co-worker is constantly out sick, and clearly, they didn’t intentionally get sick to make your life difficult, but when you always have to do their job in addition to yours, it does make your life difficult regardless of what anybody intended.

This kind of situation can be harder to deal with than knowing someone is intentionally out to get you, because if you know someone is intentionally out to get you, you can confront them directly and tell them to stop. When there isn’t anyone you can confront about your misfortune, though, you feel like there is just a dark cloud hanging over you, and there’s nothing you can do about it.

Dreams can take these unresolvable tensions and personify them in dramatic ways. 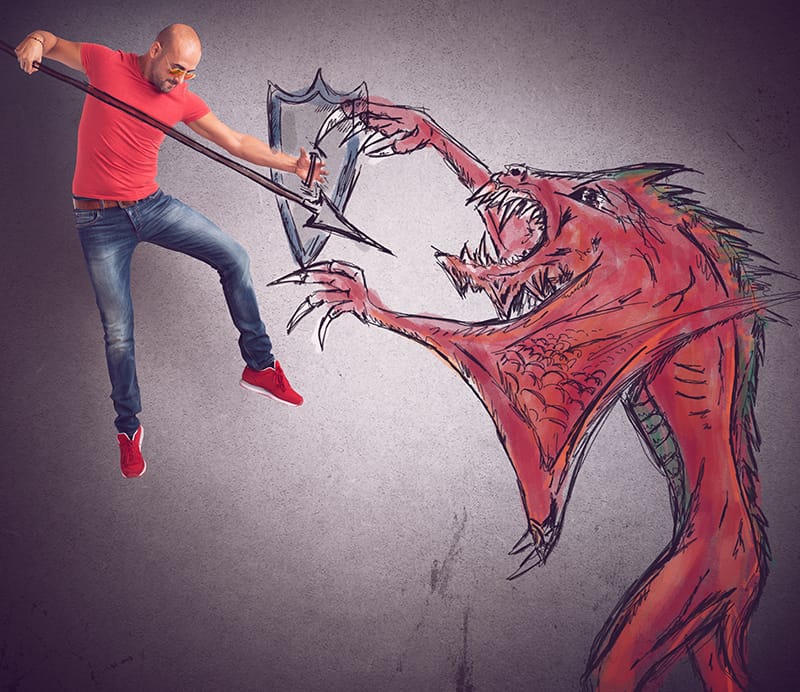 If you dream of fighting demons, and you win the fight, this is probably a great omen. It shows that at least some part of you has the confidence to take on whoever or whatever is oppressing you.

Dream of a friendly demon 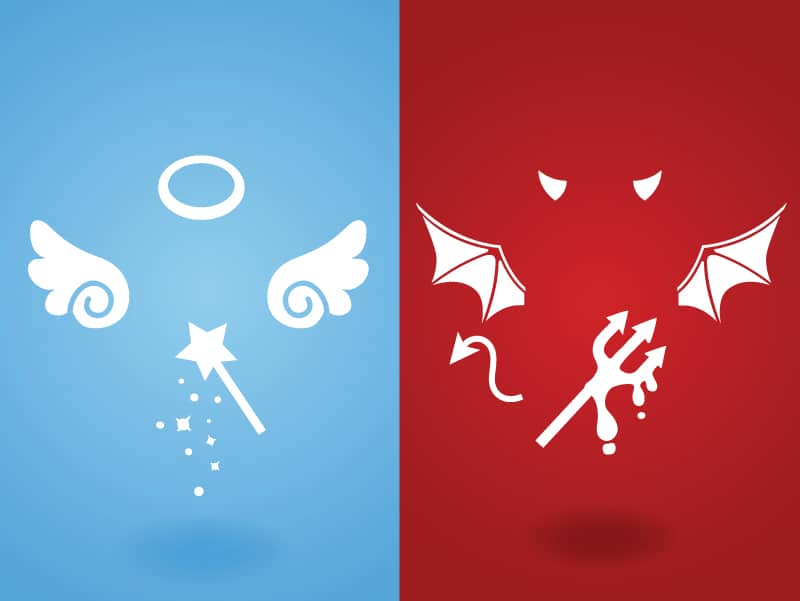 What if you dream of a demon who is nice to you? You might wonder if it is a trick, because a common feature of many stories about demons is that they trick people by acting nice at first and then turn on them.

Many humans also act nice at first and then turn on you, so dreaming of this type of demon might mean you have concerns about the loyalty of a human you are involved with, though you might not have been able to voice these concerns even to yourself yet. Dreams can pick up on this sort of intuition that you might not be able to articulate very well in your waking life.

Try to remember if the demon in your dream had qualities you associate with anyone you know. If you have bad vibes about someone in your life, the bad vibes might be right.

On the other hand, people also judge each other wrongly sometimes, especially when they demonize things they are afraid of or don’t understand. Think of the classic fairy tale “The Frog Prince,” where a nasty-looking frog turned out to be a handsome prince.

Dream of yourself or someone else possessed by a demon 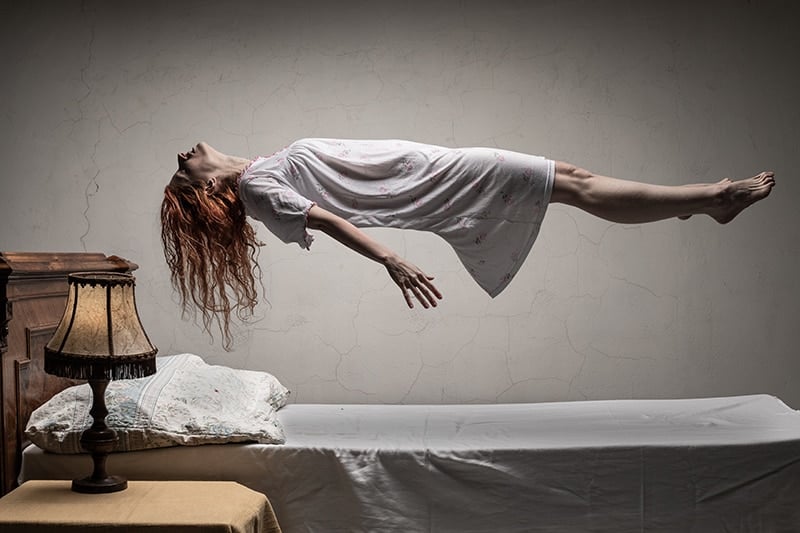 Could you or someone else in your life really be possessed by a demon? As discussed later in this article, some people have reported events of that nature.

Before you contact an exorcist, though, try to rule out less dramatic explanations. Medical News Today reported on the phenomenon of mass hysteria, where people in groups can unconsciously push each other into strange behavior or experiencing physical symptoms.

Another possibility is that you just don’t want to admit to some flaw in yourself or another person in your life, and you would rather blame the flaw on an external force like a demon.

What if It’s More Than Just a Dream?

In Visitation Dreams – How to Interpret These Dreams, I explored the phenomenon where many people report dreams in which they feel that a deceased loved one actually visited them. They generally say that this feels different from other dreams.

Is it possible to have a dream of a demon that is, like a visitation dream, more than just a dream? This is a big question that goes beyond my usual approach of helping you articulate what different dream symbols mean to you personally based on your own life experiences.

If you had a demon dream that felt like more than just a dream, or even if it was just a particularly disturbing dream, you might start by reaching out to your religious or spiritual adviser if you have one for guidance.

If you would like to research the topic further on your own, the 1983 book People of the Lie: The Hope for Healing Human Evil by M. Scott Peck is a classic in the genre. Peck, a psychiatrist, described participating in two exorcisms. An exorcism is the process of casting a demon out of a person who has been possessed by the demon.

Peck noted, though, that, of the two people whose exorcisms he participated in, “while both had been supported by the traditional Church in some minor ways, each had been deeply hurt in major ways by evil people under the guise or auspices of the Church.”

Peck also wondered, “The two cases I witnessed were ones of possession by a spirit that has been well described in Christian literature under the name of Satan. Would that same spirit be identifiable – under a different name – in the exorcisms of Hindus or Hottentots? Is Satan merely a demon that attacks Judeo-Christians or is it a cross-cultural, universal enemy? It is an important question.”

Peck went on to say, “Were I to conduct an exorcism, I would not exclude from the team any mature Hindu, Buddhist, Muslim, Jew, atheist, or agnostic who was a genuinely loving presence. But I would without hesitation exclude a nominal Christian or anyone else who was not such a presence. For the presence of one unloving person in the room is likely not only to cause the exorcism to fail but to subject the team members as well as the patient to the possibility of grave harm.”

Sister of Darkness: The Chronicles of a Modern Exorcist by R.H. Stavis is a newer book on the subject. In the book, Stavis described her turbulent childhood, in which she discovered she had the ability to see entities attached to people.

As an adult, Stavis learned to work with her ability to the point that she could detach harmful entities from their human hosts. Her approach draws inspiration from many religious traditions but is not affiliated with anyone in particular.

Stavis said she prefers the term entity over demon, defining entities as follows: “They’re spiritual forces that inhabit you, feeding off your very being. They thrive on your energy, and their goal is to continue doing so as long as possible.”

Entities are attracted to frequencies that match their own, usually different varieties of low frequency. “In an exorcism,” Stavis said in her book, “I force an entity out of a person’s body using a tremendous amount of high-frequency energy.”

Stavis provided in her book a diagram ranking the frequency of different beings from high to low, with “What most people would call God” at the top and “What most people would call Satan” at the bottom. Humans are right in the middle between those two extremes, and the types of entities Stavis exorcises from people fall between humans and the bottom.

Many demon dreams are probably about painful relationship dynamics between humans. A few demon dreams might have more to it than that.

As always, the interpretation of your dream has to resonate with you. The shocking quality of demon imagery may force you to look at things in your life that are uncomfortable.