Whether it is considered to be a spirit animal and a totem or not, deer can appear in dreams quite often. Its symbolism and meaning vary from culture to culture and from dream to dream, depending on the context.

Seeing a deer in nature is interpreted as a good omen, so the same goes for dreams. However, it is necessary to look for contextual relationship and symbolism deer has in a certain culture, dream, or your life, in order to understand its meaning. 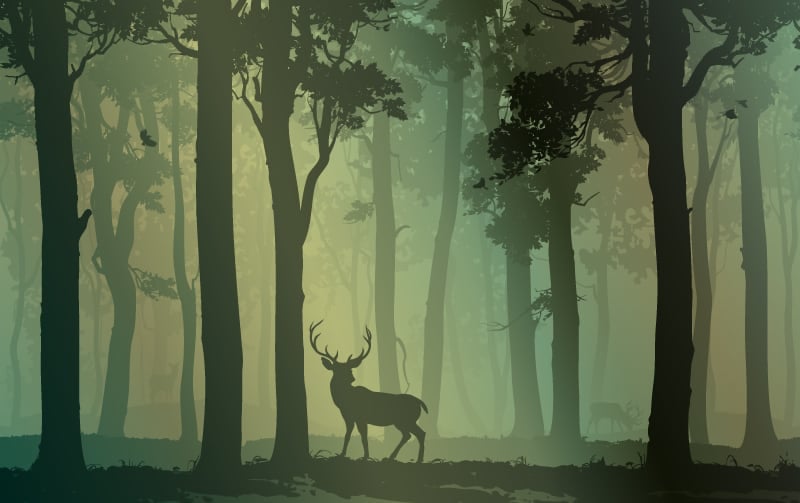 Since prehistoric times, humans had developed a strong and intimate relationship with deers, giving them strong symbolical meaning. The deer became an object of human imagination a long time ago and it hasn’t changed ever since. It is related to many myths, legends, and stories from different cultures.

In Christianity, the female deer is an allegory of Jesus Christ. Because of its characteristics of innocence and simplicity, deer symbolizes the Faithful. It is frequently mentioned in Old Testament. It is also part of the symbol of Christian married life, where the male and female deer were represented as the Bride and Groom.

In Native American art, painted deer was among the most common and important symbols. It was valued and sacred for its continuity, longevity, abundance, strongness, as well as the food it brings to hungry humans. Many of them, such as Cherokee and Navajo tribes, were skilled hunters, preparing the so-called venison for meals. Also, they used the deer’s skin for clothes.

Moreover, some southern tribes in contemporary California and Arizona, still practice their traditional deer dance. In such a way, they are trying to wake the spirit of the deer and prepare it for the hunting expedition.

In eastern traditions, deer is used as an important symbol of the various religions’ teachings. In Buddhism, for example, it is seen as the symbol of sovereignty and creation. In China, the deer is the symbol of abundance, income, longevity, fortune, and good luck. In Japan, on the other hand, the deer is considered to be a very sacred spirit animal, as Gods’ messenger. It is usually related to prosperity and love.

In African religions, the deer is a totem animal, usually sacrificed for the king. Its horn is seen and represented as the fighting spirit of the tribe, often carved in the artwork.

Deer As A Spirit And Totem Animal

Finally, the deer has traditionally been used as a significant spirit and totem animal in cultures around the world. If the deer is your spirit animal, it tells you to trust your natural instincts. Also, you should be more gentle and nurturing to yourself and to others, since you hold a certain tension in your body and mind.

People with deer totem are considered to have a quiet and pacifist personality, sensitive and compassionate, with the ability to understand and share the feeling to others.

Seen as a gentle and wise animal, the deer is the dream symbol of beauty, love, and balance. When showing up in dreams, it reminds you to be gentle both to people and nature that surrounds you.

At the same time, the deer is the representation of honesty and trust. Thus, dreaming of a deer means you must be mindful of your actions, especially when it comes to love.

Some general explanation is that dreaming of a deer announces a certain success, finding the best solution to the problem you had.

However, I will try to make the selection of the most common deer dreams and explain them thoroughly.

Dream of A Running Deer or Runaway From The Deer 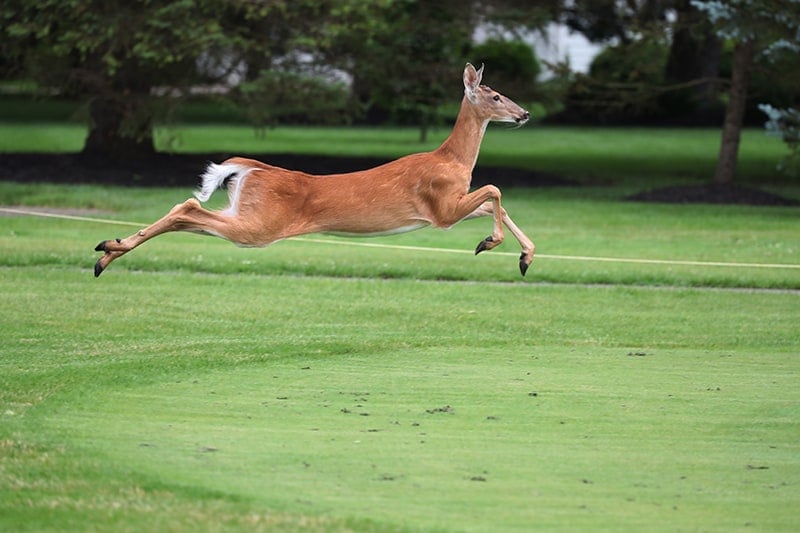 Dreaming of seeing a deer running in a forest means you will hear good news soon. Also, you can expect great success in your life, related to the goal you’ve always wanted to achieve but didn’t believe it was possible to happen. Consider this dream a reminder that you should never lose faith in yourself, no matter how difficult it seems.

If you had a dream of seeing someone else running away from the deer, expect someone close to you to ask you for advice regarding a sensitive issue. Think twice before advise them.

Dream of Seeing A Deer Herd

To dream of seeing a herd of deers, it symbolizes an important person in your life. It may be a friend on whose true friendship you can always count on. Appreciate it and preserve it as a gem.

Dreaming of several dears can also signify a happy marriage. You have found your soulmate to spend the rest of your life with and this dream is another confirmation of it.

Also, this dream can signify your final and long-expected victory over some powerful enemy, whether it is someone at your work or even some institution. Expect the end of your struggles very soon.

Dream of Hunting or Shooting A Dear or Reindeer

If you dreamed of yourself hunting a deer, it symbolizes your recklessness. You will miss an important chance for something, whether it is related to your business opportunities or love life.

This dream is reminding you of your wrong decisions. Perhaps you have been rude to someone recently, hurting their feelings. If you put someone down, try to rethink your words and decisions again.

If you killed the deer in your dream, it signifies some grief that is suppressed. Maybe you are sad over some missed opportunities and are being envious of those who had more courage than you in the past.

If you dreamed of someone else hunting a deer, it signifies you don’t like to lose. The dream reminds you that you can’t always get what you want. Maybe it’s time to learn how to lose with dignity, and let others win sometimes. 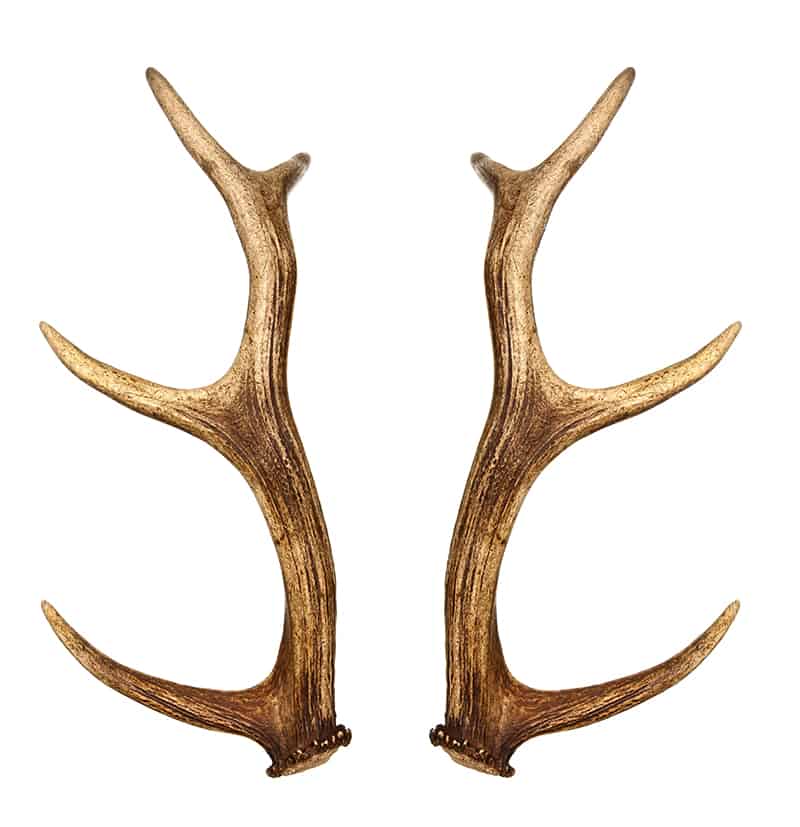 Dreaming of the horns of a deer signifies some struggle within you. Deer’s horns are seen as the symbol of fight and defense, thus dreaming of them may suggest you are into some battle, be it literal or symbolical.

Maybe someone wants to hurt you emotionally, with their negative energy and attitude. Their difficult personality carries a wave of certain anger and is trying to attack you. Therefore, the deer horns are the symbol of your self-defense attitude, keeping you at the safe distance from others.

However, be careful not to overprotect yourself, because it may lead you to miss some potential positive experiences in the future.

Dream of Feeding A Deer 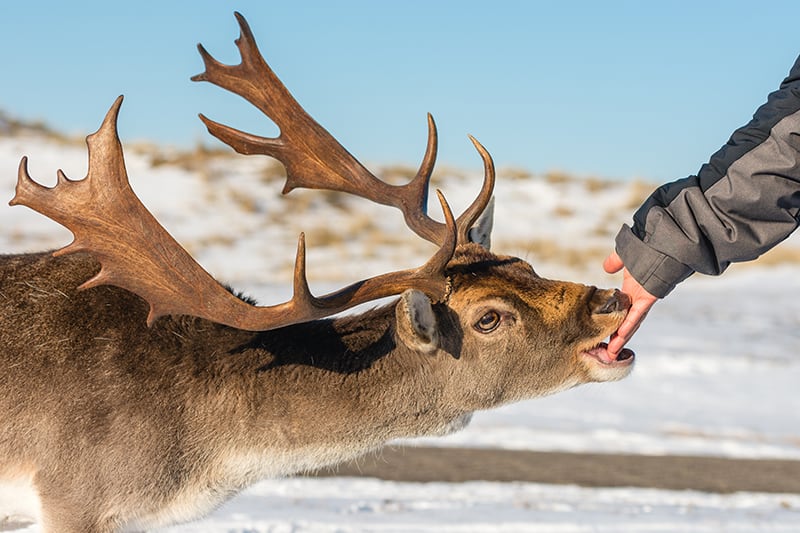 Dreaming of yourself feeding a deer is a good sign. It means you will finally start to take care of yourself more. Although it took some time, you have realized that the priority number one in your life should be – you.

You have invested enough energy into making others happy, and now it’s your turn. Try to spend more time on your hobbies and things you truly enjoy.

If you dreamed of someone else feeding a deer, it symbolizes a new friendship. Expect to meet someone who will amaze you on many levels. You will enjoy spending time in their company, sharing experiences, knowledge, and feelings.

Different Appearances of A Deer In A Dream

Dream of a Black Deer / Reindeer 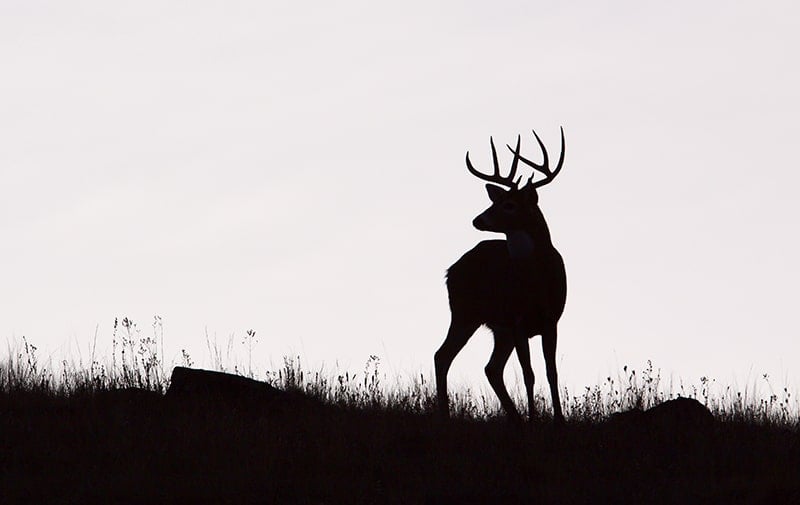 If the deer or reindeer in your dream was black, it symbolizes strength and courage. You are able to fight every problem you face. However, this dream can also suggest you should take more care of the feminine side of your personality.

Dream of a White Deer / Reindeer 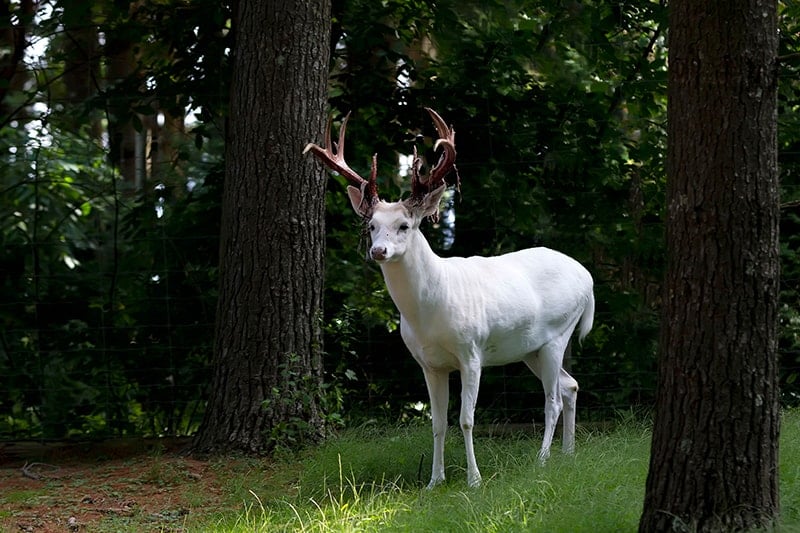 If the deer was white, it is a strong message. White deer is extremely rarely seen in nature. Therefore, it is the representation of nobility and purity. If you dream of a beautiful white deer in the deep forest, think of it as an announcement of the upcoming challenges you should prepare yourself for. Also, it reminds you not to stop doing good things for the people surrounding you.

Dream of a Baby Deer / Reindeer 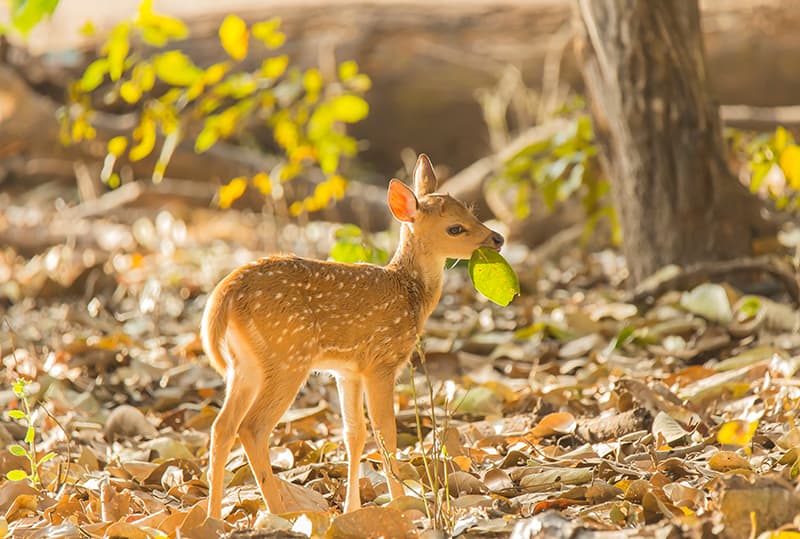 If you dreamed of a baby deer or a fawn, you have actually dreamed of someone who is very dear to you. Try to think who that might be, but it certainly is someone who symbolizes gentleness in your life.

Dream of an Injured Deer / Reindeer 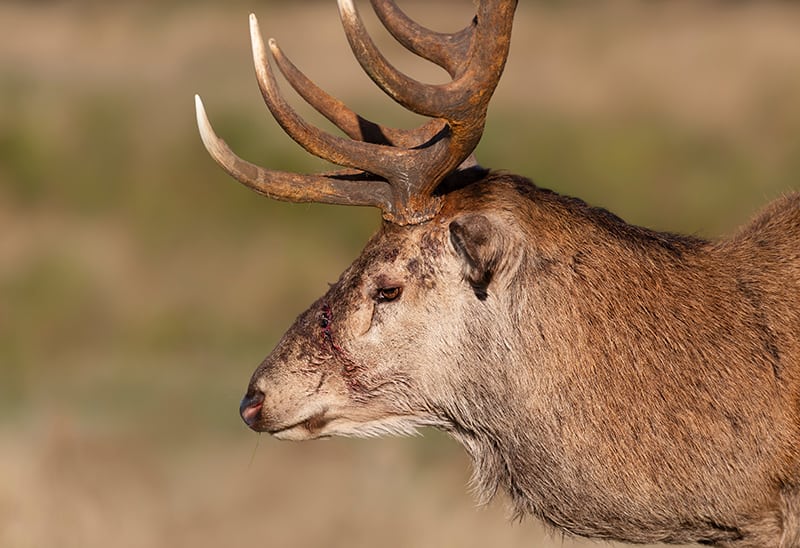 If the deer was injured, wounded, bleeding, and dying, it signifies your company or organization you work for is failing.

As you could see, to dream of a deer is usually all about you – your feelings, fears, attitude, emotions, and desires. When it comes to our subconsciousness, everything is related to ourselves, even when we dream about a wild and rare animal such as deer.

However, since the deers have been carrying strong symbolism in our cultures from the very beginning of civilization, it is important to understand its meaning and mythology. It will help you to interpret your dream accordingly.

Have you dreamed of a deer recently? Have you had the chance to see it in nature before dreaming of it? In which manner it appeared in your dream?