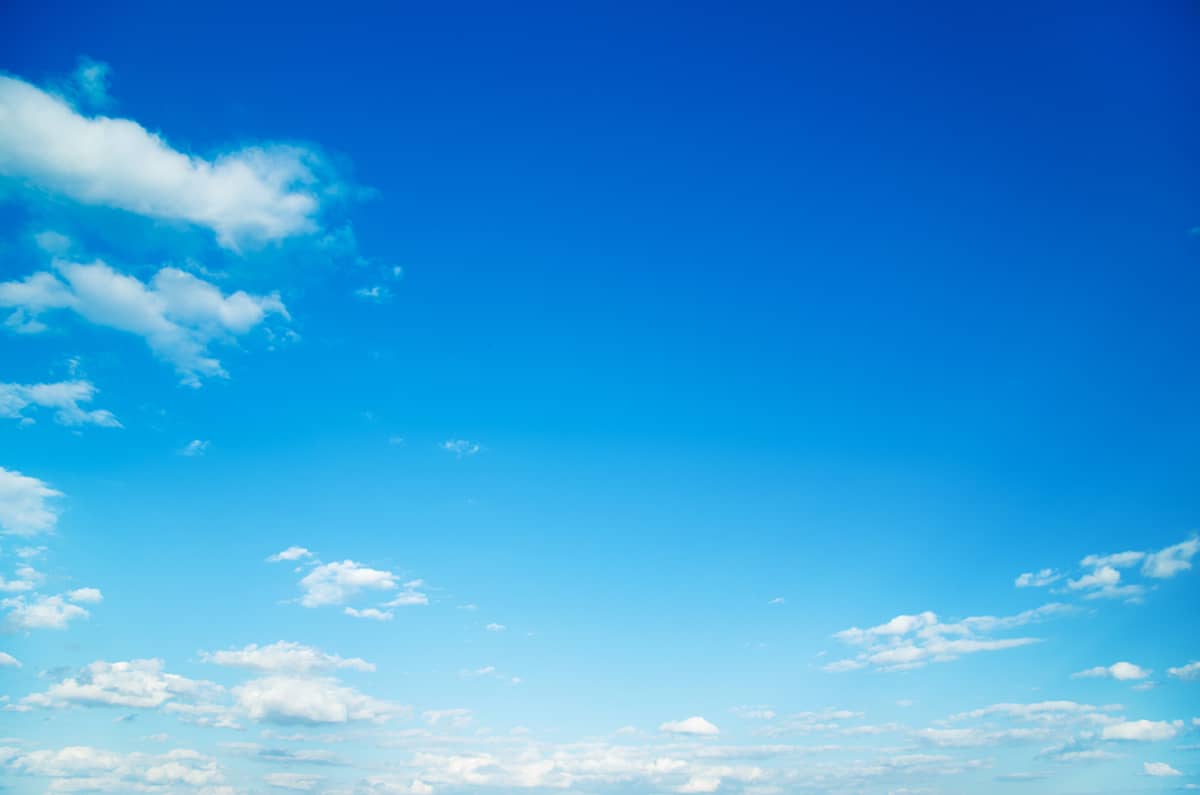 Colors that are visible in your dream can provide symbolic meaning quickly and easily. Blue may pop up anywhere in a dream image, from a prominent view of the sky to the clothes on a character in your dream. Its range of possible meanings is somewhat broad, though not quite as vast as the sky.

As described in the dream symbolism of colors, dreaming of the color blue can symbolize melancholy and communication. Blue is associated with the throat chakra, which is involved in communication.

Blue can also symbolize nature and mystery. The enormity of a blue ocean or blue sky may inspire contemplation, so blue’s symbolism includes calm and serenity too. 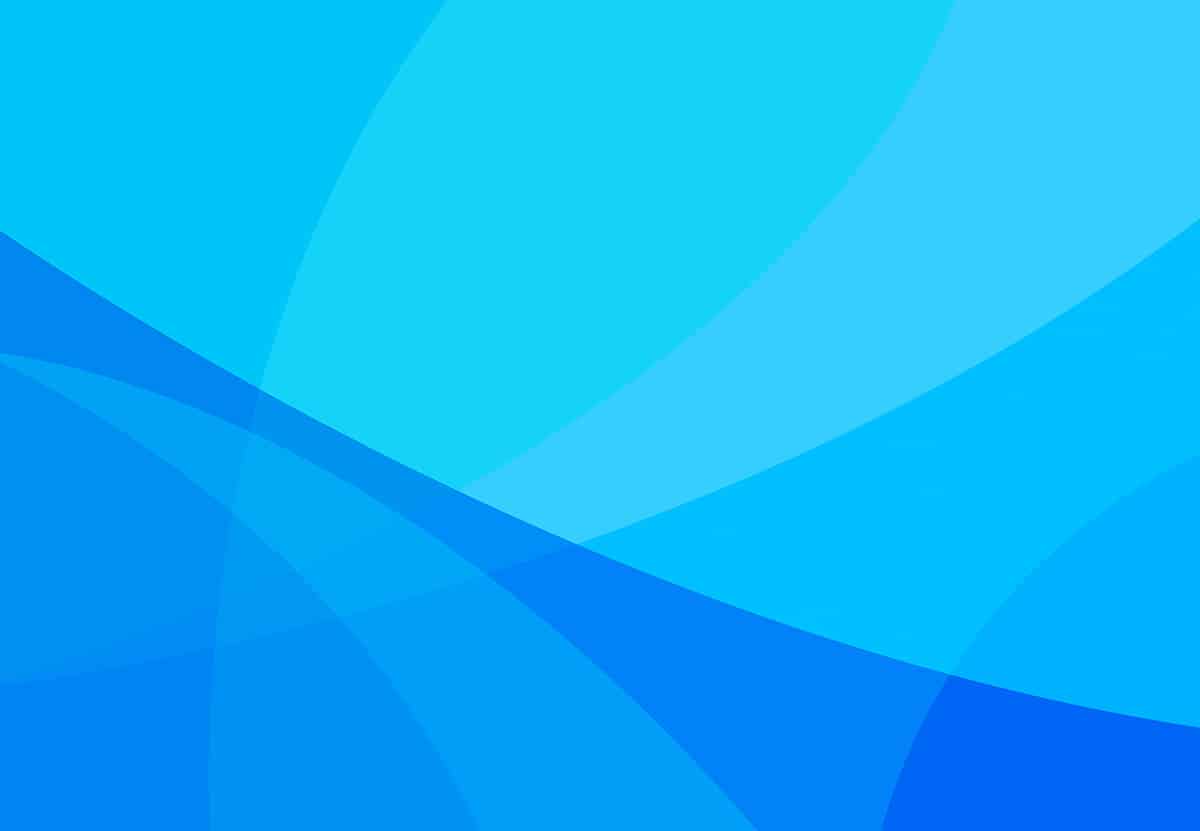 Ayurveda and other forms of energy healing recognize energy centers distributed throughout the body known as chakras, as reported by Chopra. There are seven main chakras distributed up and down the spine, and each of these chakras is associated with one of the colors of the rainbow.

Blue is associated with the throat chakra, which has to do with speaking and other forms of communication. Seeing blue in your dream could therefore symbolize that it is important for you to say your piece now.

The purpose of the throat chakra also involves listening, which is a big part of learning. Seeing the color blue in your dream could therefore symbolize that you are willing to make a serious effort to study and sharpen your intellect now.

The color blue can be associated with depression or melancholy. This association is perhaps relevant to the genre of music called the blues. However, as in blues music, acknowledging your difficult emotions can help you work through them.

Blue is the color of oceans and other large bodies of water. The dream symbolism of water includes emotions and the unconscious, so dreaming of a blue ocean could emphasize the melancholy component of blue dream symbolism.

Blue is also the color of the sky. In this sense, dreaming of the color blue could symbolize a desire to learn and grow beyond what is immediately accessible to you.

Both the blue ocean and the blue sky are enormous, so dreaming of blue could symbolize that something in your life is similarly vast and limitless in an inspiring way.

Katy Kelleher pointed out in The Paris Review, “Whether it’s glacier pale or Mediterranean bright, blue is a color with long-standing mystical associations. Perhaps this is because blue is the color of the sky, something we can always see but never reach…”

In Christian art, the Virgin Mary is often depicted in blue. How exactly a virgin gave birth to Jesus Christ is, of course, a bit of a mystery.

Seeing the color blue in your dream could therefore symbolize that you are attracted to something that is mysterious. You may want to put in the effort to learn more about it.

If blue is the color associated with your nation, or a school or sports team you support, seeing the color blue in your dream could refer to that loyalty. 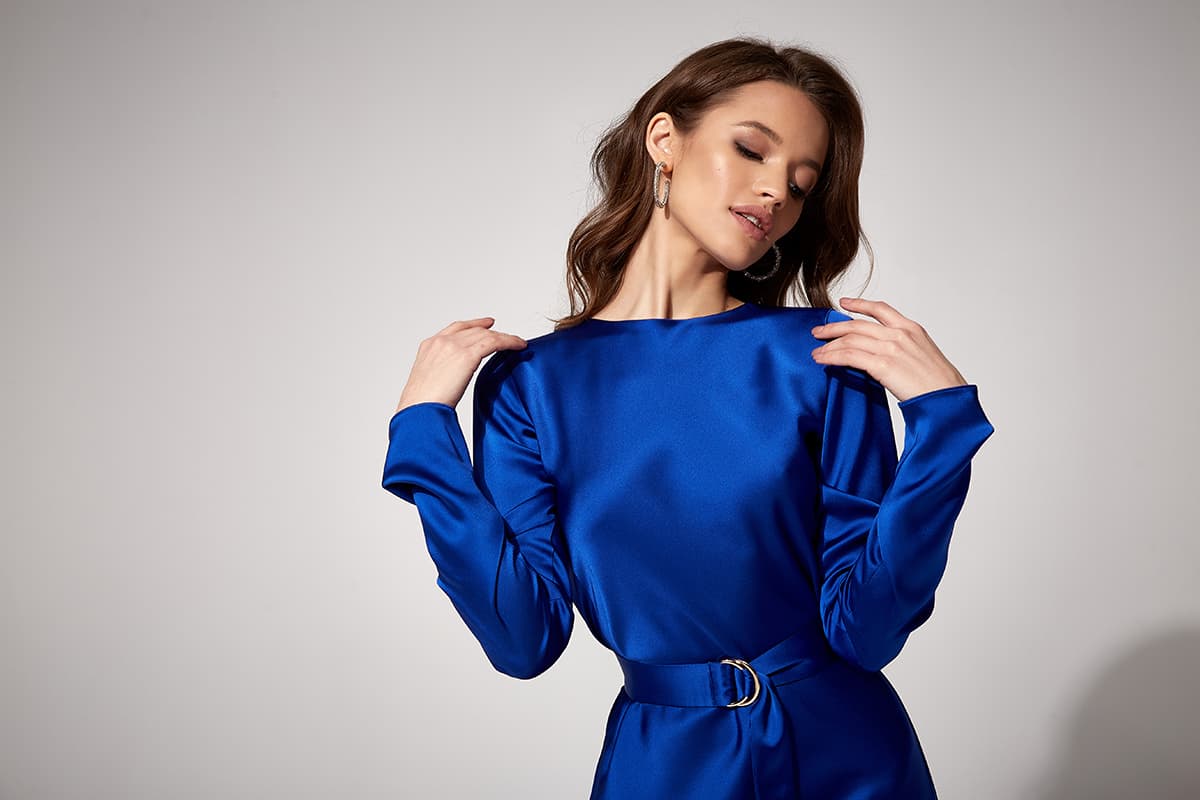 For example, the head is associated with thinking and identity, so dreaming of a blue hat could symbolize that it’s important to you to think things through carefully before you speak. You may also want to be seen by the world as a serious person.

Pale blue skin is associated with inability to breathe properly. A dream of pale blue skin could therefore symbolize concerns about being unable to breathe, literally or metaphorically. You may be worried about a health condition, or you might feel like you can’t say what’s on your mind. See also suffocation dream symbolism.

Bright blue skin is not usually seen on humans aside from very rare medical conditions as described by Jamaica Hospital Medical Center. It would more commonly appear in a science fiction or fantasy movie.

Dreaming of bright blue skin could therefore symbolize a desire to escape reality. Alternately, it may show that conflicts over racial issues are weighing on you, in the sense that blue skin might seem to provide an escape from deeply rooted disputes associated with the more common human skin colors.

Dream of a blue dress 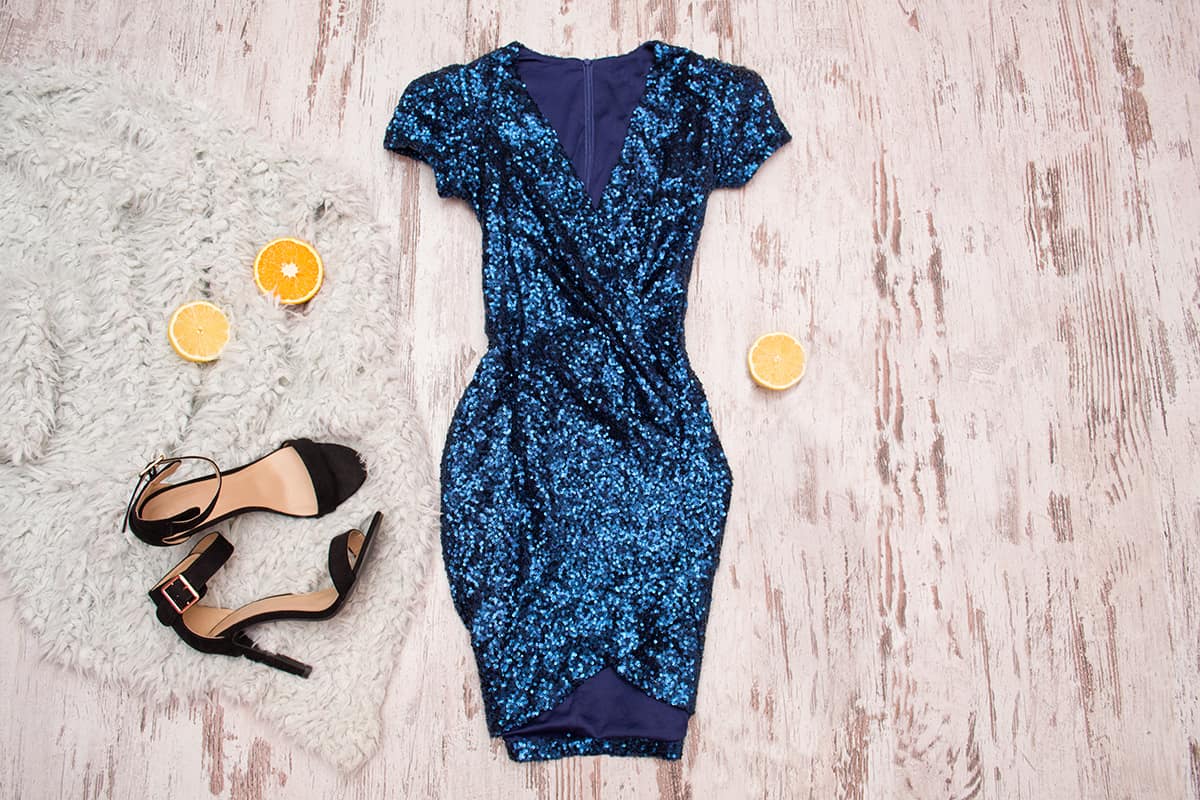 As described in dress dream symbolism, dreaming of a blue dress could symbolize a peaceful and compliant attitude. Dresses in general symbolize femininity, so your dream of a blue dress might especially refer to an expectation for women and girls to behave in this way.

In the animated Disney movie Alice in Wonderland, protagonist Alice is depicted in a blue dress. Alice begins the movie as an innocent young girl, but she has to develop self-confidence and learn to speak up for herself as the movie goes on. This would be an example of blue’s association with communication, and it might be relevant to your blue dress dream especially if you grew up with that movie.

Dream of a blue door 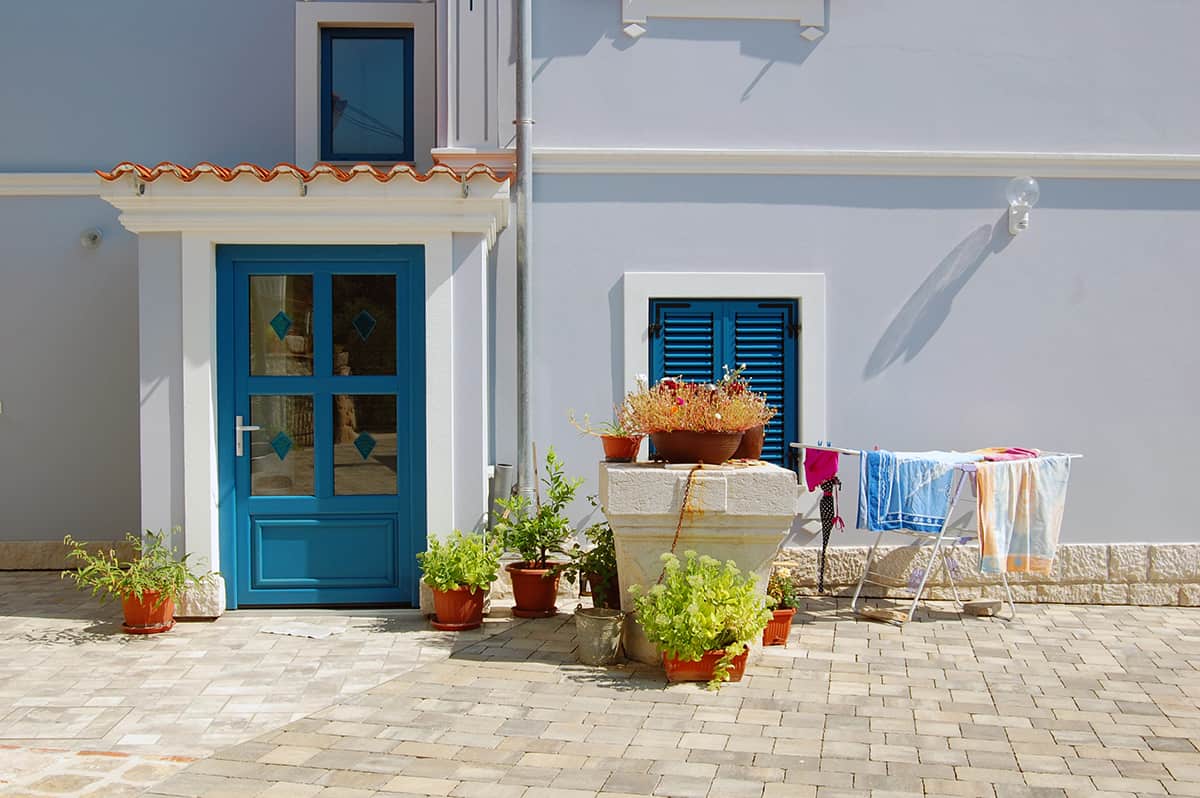 As described in door dream symbolism, door dreams in general can symbolize boundaries and control, in the sense that doors have the ability to shut people out. However, a door can also symbolize opportunity, as sometimes you have to take initiative to open the door to a new experience.

Dreaming of a blue door could symbolize that you have an opportunity to pursue peace and contemplation, but you might have to take initiative to make it happen.

However, if you cannot open the blue door in your dream, the door likely represents a boundary rather than an opportunity. This might symbolize that someone else needs their space from you, perhaps more for reasons to do with them than for reasons that are your fault.

Dream of a blue house 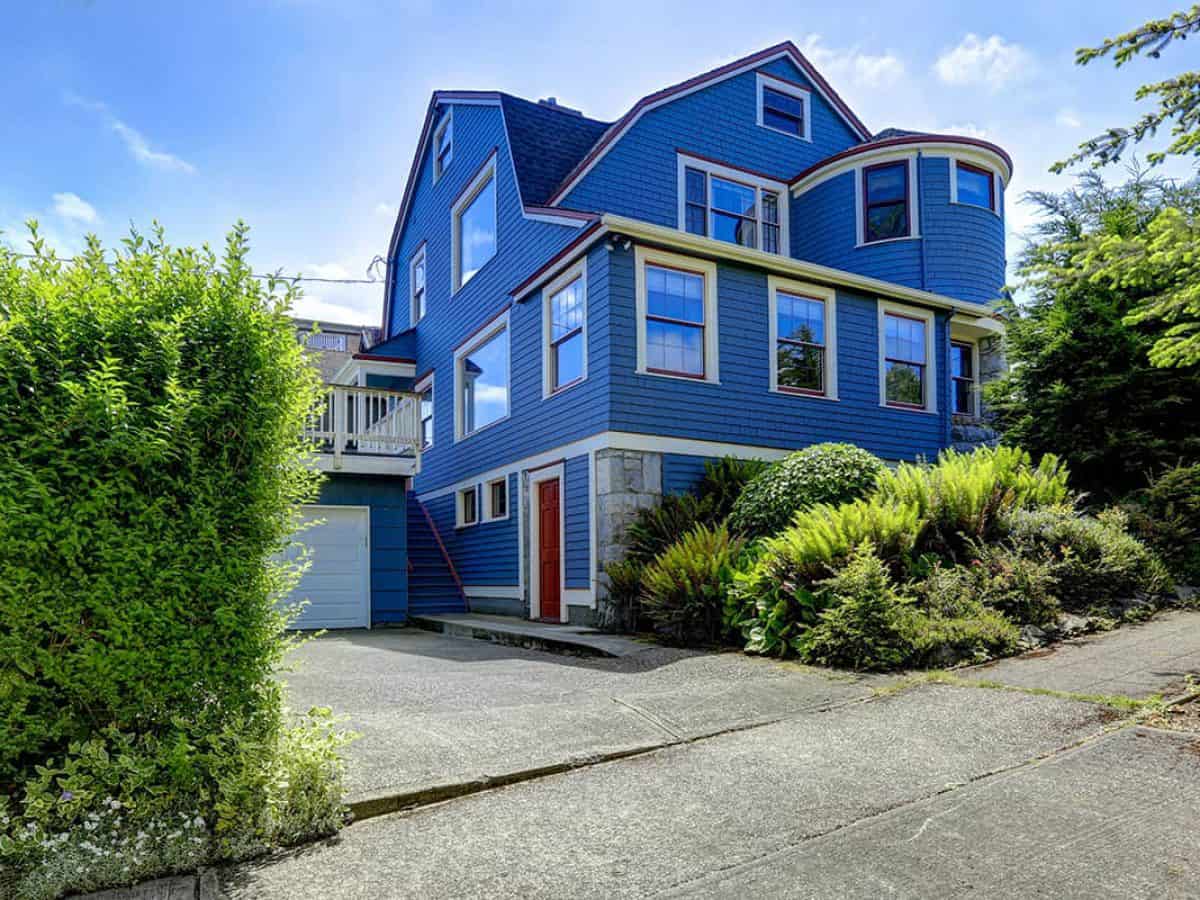 As described in house dream symbolism, houses can symbolize your identity, your body, and security. Dreaming of a blue house could therefore symbolize that you see the qualities of the color blue, like melancholy or mystery, as part of your identity. You might also look to qualities of the color blue, like calm and contemplation, to provide you with the security you seek.

Dream of a blue bird 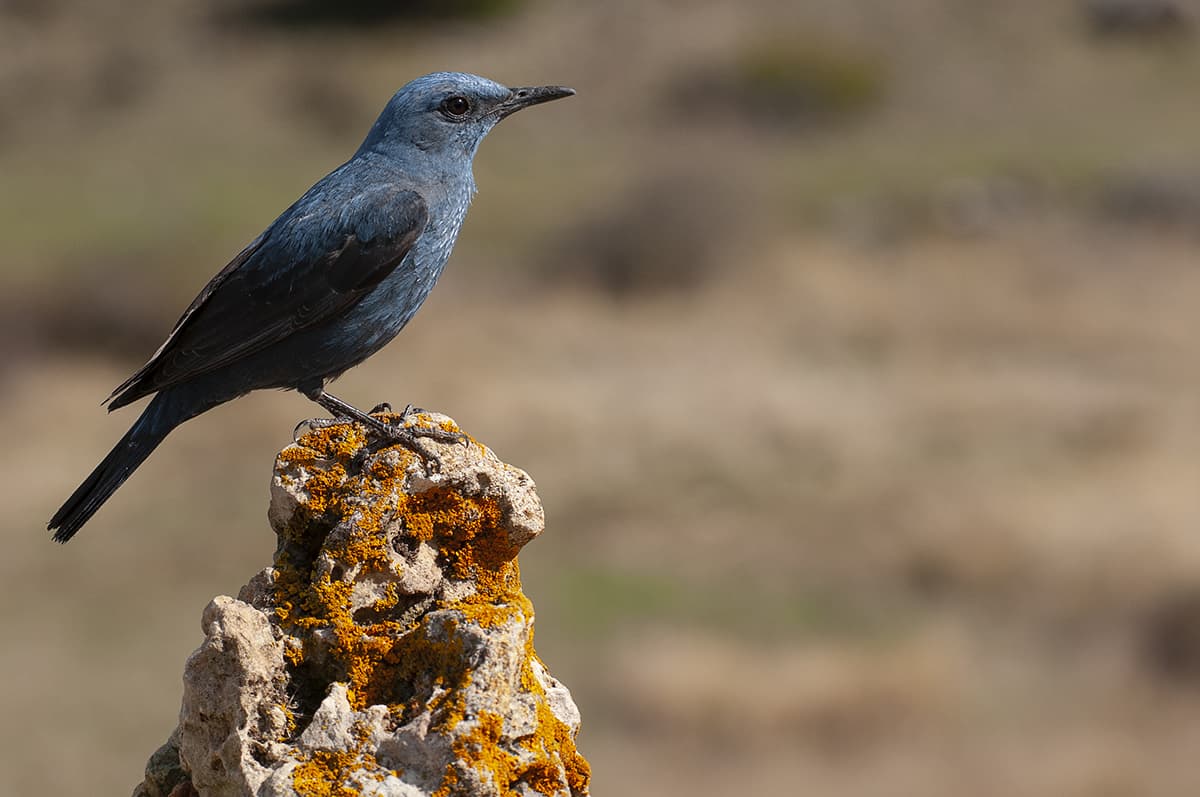 A parrot is a type of bird that can be blue, but what sets parrots apart from other birds is that they can often imitate human speech. A dream of a parrot therefore emphasizes the parts of bird dream symbolism that have to do with communication and cleverness — and a dream of a blue parrot would double that association.

Whether the appearance of blue in your dream is part of a natural phenomenon, like the sky or an ocean, or something that could only happen in science fiction, it might show that you need to stay open to learning about all of the mysteries you encounter in your life. Fortunately, studying your dreams is a great place to start!