However, if your black spider dream feels good, it might suggest that you have a powerful and creative ally on your side against whatever challenges you face. 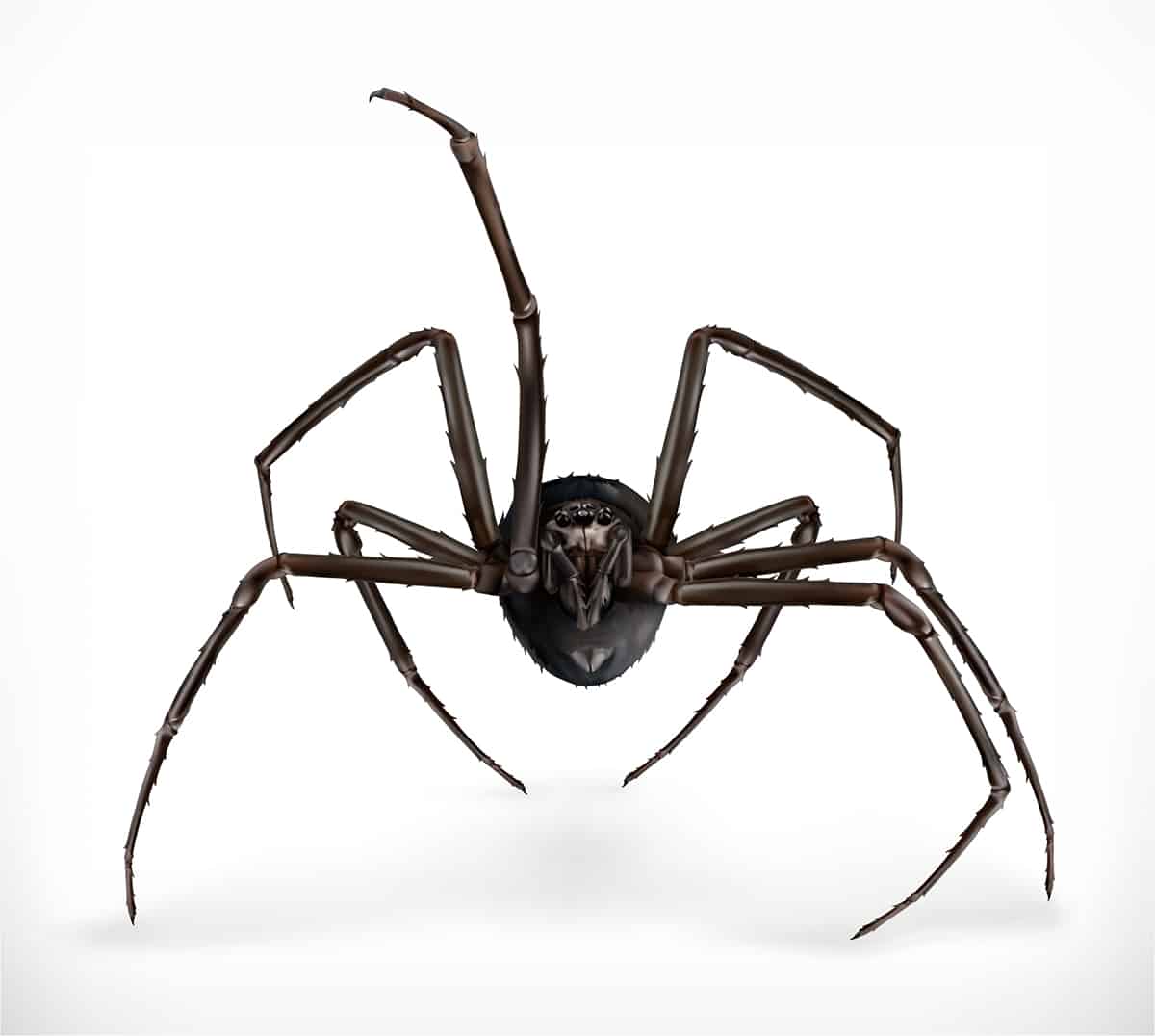 Black spiders are a common component of Halloween decorations that are intended to convey a creepy vibe. Dreaming of a black spider could therefore symbolize that you feel creeped out by someone or something in your life. Even if you’re trying to avoid admitting this to yourself, it may be time to trust your intuition.

Spiders are a common fear. Even though they’re usually much smaller than humans, they’re unpredictable. They can also bite people, injecting venom that may cause physical symptoms.

A spider dream could therefore symbolize a situation where you feel threatened. Even if the threat objectively doesn’t look very big, you might see potential for it to cause serious damage.

Spiders are known for trapping insects in their webs. Some black spider dreams could therefore symbolize that you fear someone is similarly trying to trap or control you. This might be more likely in a giant spider dream where the spider is actually big enough to do that to you.

If you’re not disturbed by spiders, you might be able to see the beauty in their webs. In this sense, a black spider dream featuring a web could symbolize that you’ve achieved a breakthrough in seeing how different parts of your life connect to each other. The black spider might even look elegant against that backdrop!

Dream of killing a black spider

A dream of killing a black spider could symbolize that you’re willing to take decisive action against anything you perceive as a threat. You may be in a frame of mind where it seems important to do something right away and ask questions later.

Dream of rescuing a black spider

Not everyone who sees a spider in their home kills the spider. Instead, sometimes one might trap the spider in a container and release it outside. Rescuing a black spider in your dream in this way could symbolize a recognition that even challenging influences in life can be useful when given the appropriate outlet.

Dream of a big black spider 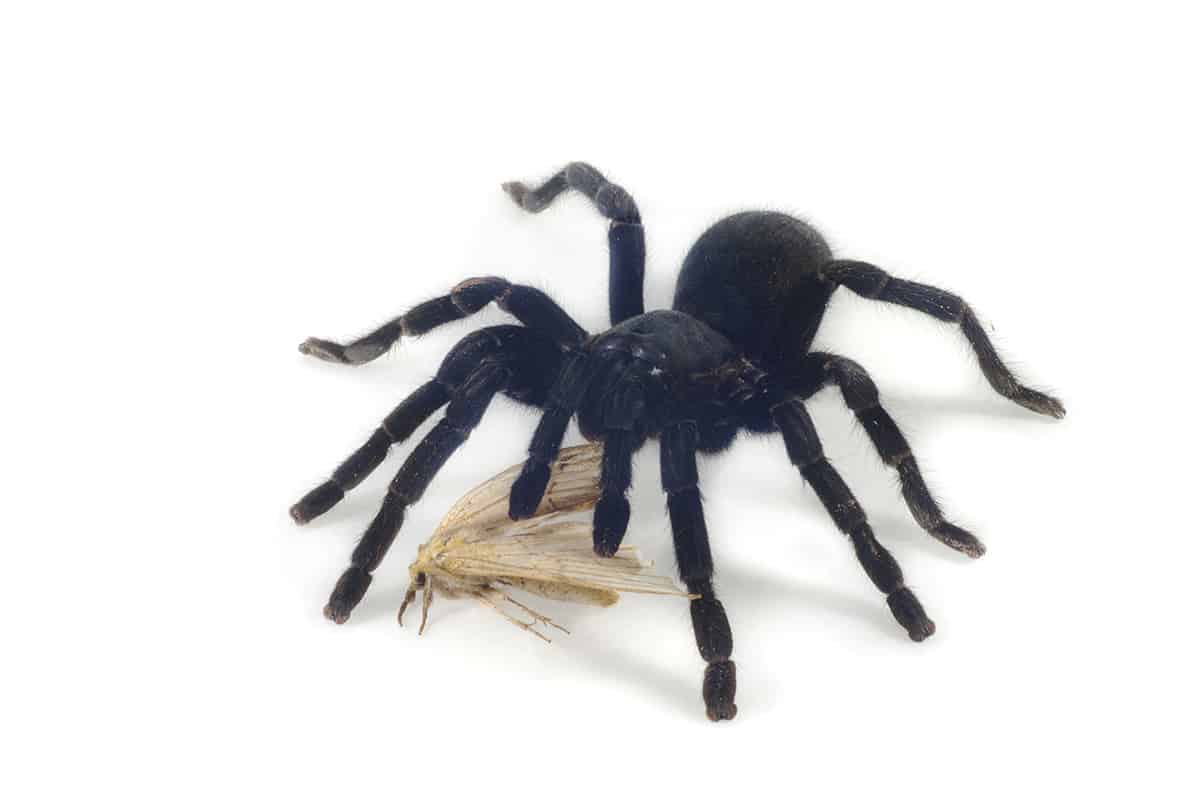 Giant spider dreams emphasize the parts of spider dream symbolism that have to do with fear, as a spider big enough to do serious harm could certainly be scary! Dreaming of a big black spider could therefore symbolize that someone or something in your life is intimidating you. However, if your dream of a big black spider actually has a positive emotional atmosphere, it might mean that you have a powerful ally on your side who is intimidating to your enemies.

Dream of a big black spider biting you

Dreaming of a big black spider biting you could symbolize that you feel attacked in some way. Whether or not you provoked the spider in your dream may be a clue about the dynamics of a conflict you’re part of in your waking life.

In a way, biting is also a form of connection. This dream could symbolize that you are reluctant to take the risk of letting anyone get close to you because you suspect it could result in you getting hurt. It might also represent a situation where you know someone is a toxic person, and you know they will hurt you if you interact with them, but you can’t seem to get out of interacting with them.

Dream of a swarm of spiders

Though it might be possible to squish an individual spider, a swarm of spiders is harder to get rid of, giving it a power greater than the sum of its parts. Dreaming of a swarm of spiders could therefore symbolize that small provocations have added up to the point that they can no longer be ignored, perhaps causing a sense that things have totally broken down in your life.

Dream of a black widow spider

While many spider bites are merely itchy and uncomfortable, some are actually dangerous. The black widow is a spider that is black with a distinctive red hourglass marking, and this is a well-known example of a spider whose bites are poisonous to humans. Britannica reports that the spider has the name black widow because the female typically kills and eats the male after mating.

As black widow spiders are known to be dangerous, dreaming of a black widow spider could symbolize that you don’t feel safe in your environment. Even if the big things appear to be in order, you may need to pay attention to small indicators that something is not right.

A black spider in your dream can represent a powerful presence in your life, even if it’s not very big. The emotional atmosphere of your dream may show whether this power is working for you or against you.