Black panthers are powerful animals that are uncommon in nature, though they are often depicted in popular culture. If a black panther appears in your dream, you are challenged to accept power and develop the courage to be unique.

A black panther is a leopard or jaguar that has black fur instead of the usual spotted coat, as reported by Britannica. Leopards and jaguars are big cats, so a black panther shares some of the basic cat dream symbolism such as independence and resilience.

All leopards and jaguars including black panthers are predator animals, so their symbolism includes the same concerns any other predator animal would have about killing to satisfy one’s own needs as discussed in wolf dream symbolism.

Black panthers are distinguished from their fellow leopards and jaguars by their black fur. The symbolism of the color black may therefore be relevant to your dream. This includes shielding, containment, and transformation.

Finally, black panther imagery is used in movies, sports, and politics, so that could also be relevant to the interpretation of your dream. 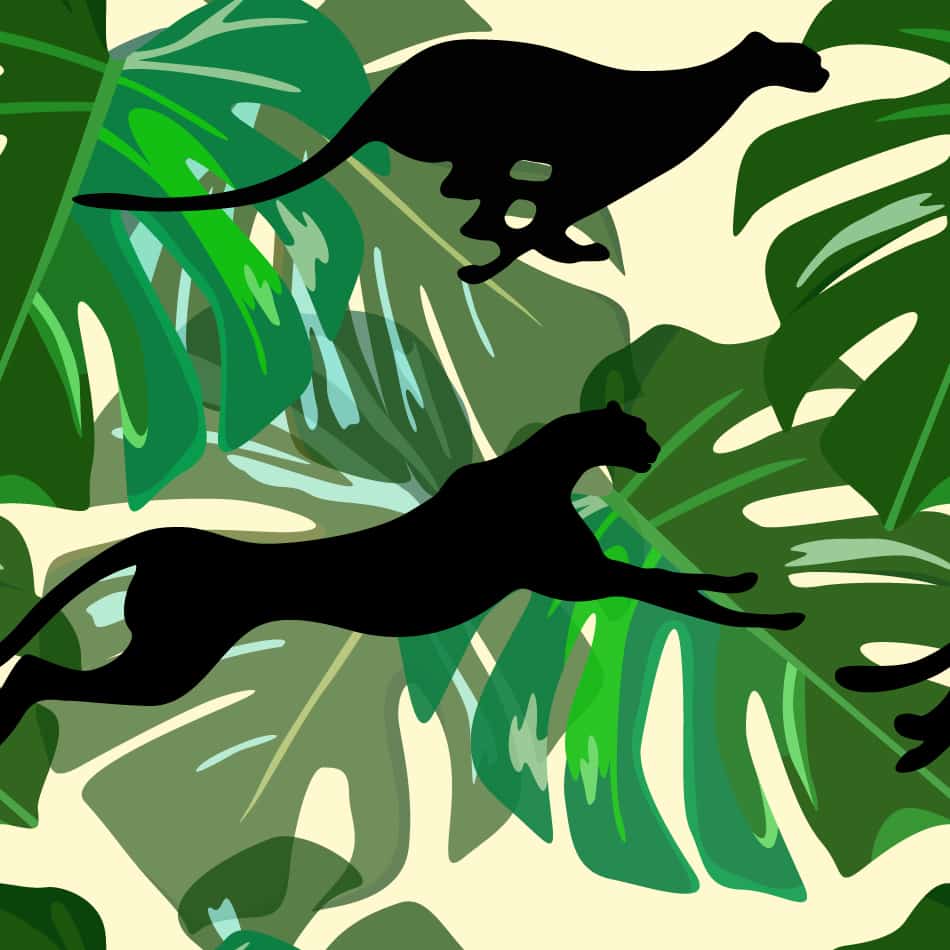 Black panthers are differentiated from other leopards and jaguars mainly by the color of their fur. The black fur occurs as a result of genetic variation, and it is uncommon, representing at most 11 percent of leopards and jaguars, according to Britannica.

A black panther dream could therefore symbolize a situation where you feel different from, or are treated differently by, the other people around you because of the color of your skin.

Zebra dream symbolism might be a good comparison to look at because they too are regarded as unique due to the coloring of their fur. While zebras are different from horses, however, they are generally similar to other zebras, so their symbolism has to do with finding a community where you fit in.

The issue with black panthers is that they stand out from their fellow leopards and jaguars. This might therefore symbolize a situation where you are different from others even within your own community.

Any leopard or jaguar is a big, strong animal, but most of them have spots that look a little too friendly for them to be taken completely seriously. A black panther, however, exudes the power associated with the color black.

Dreaming of a black panther could therefore symbolize that you or someone else in your life is strong and powerful. If you need to stand up for yourself, you have the ability to do so.

Black panther imagery is common in society and culture, so your dream of a black panther could symbolize a movie, sports team, or political organization that is important to you. If the black panther is the mascot for your favorite sports team or their rival, for example, that may be relevant to the interpretation of your black panther dream.

The 1967 animated movie The Jungle Book features a black panther named Bagheera, who serves as a guide for an orphaned boy in the jungle. Bagheera’s role in the movie involves helping the boy, Mowgli, rejoin human society for his own safety. In this context, dreaming of a black panther as a guide could symbolize a situation where you have to objectively look at what is going on and see what you must do to take care of yourself, even if that is not what feels good in the moment.

There is also a Marvel Comics superhero named Black Panther. His story, set in the fictional African nation of Wakanda, was made into the movie Black Panther in 2018. In this context, dreaming of a black panther could symbolize developing your potential for leadership.

The Black Panther Party was a political organization in the United States in the mid-20th century that was part of the Black Power movement. In this context, dreaming of a black panther could symbolize a situation where you need to stand up for your own rights, even if you need to be a bit aggressive to do so.

Dream of a black panther attacking you 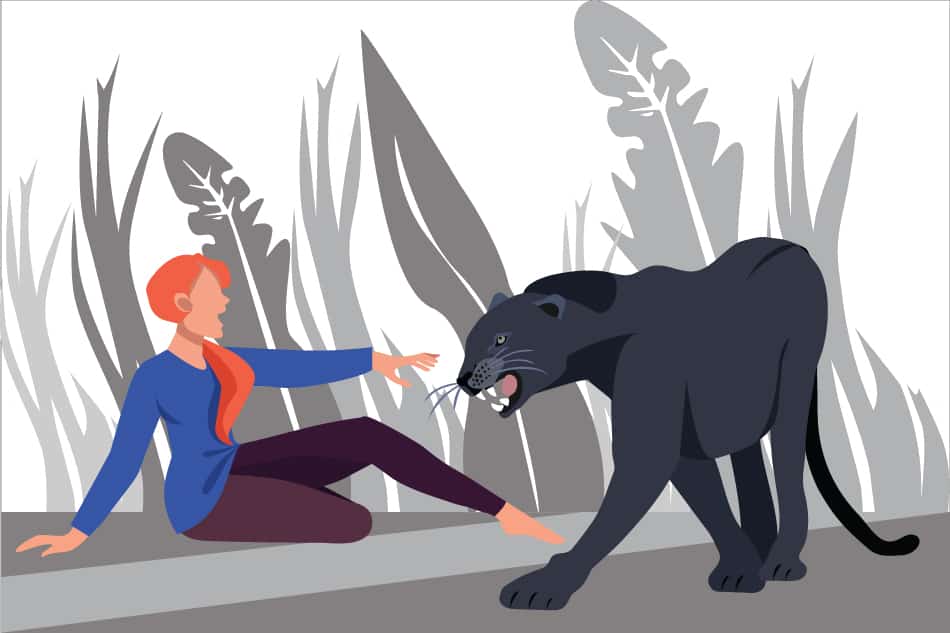 If being chased by a black panther is emphasized in the dream, this could symbolize that you are afraid of your own power and trying to get away from it. Your life may seem more secure when you keep your head down and follow the crowd, and you want to avoid anything that would threaten that peace.

Dream of a black panther helping you 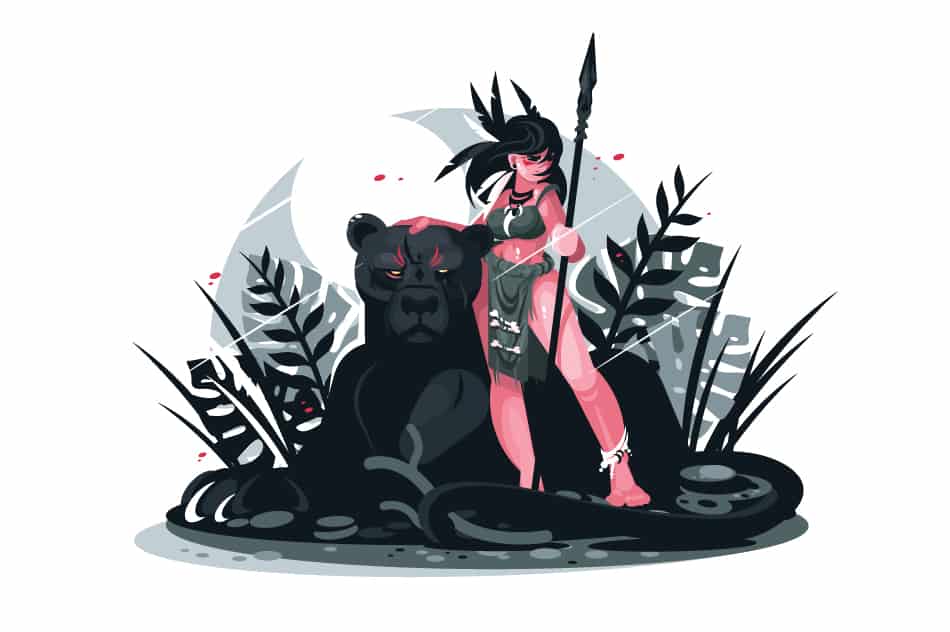 If you dream of a black panther helping you, this could symbolize that you have a deep well of inner strength that you can rely on. Even if you also have someone else in your life who is serving as a mentor for you, ultimately they are guiding you to discover the resources that are already within you.

A dream of a black panther helping you may also symbolize that the answer to whatever difficulties you are facing involves developing qualities associated with the black panther. These include strength, power, and the willingness to be unique.

Being different from those around you can be difficult. For a black panther, however, their difference becomes part of their tremendous strength.

Your black panther dream, therefore, challenges you to find your own power. It just might be lurking in some part of yourself that you rejected because it made you stand out from others.