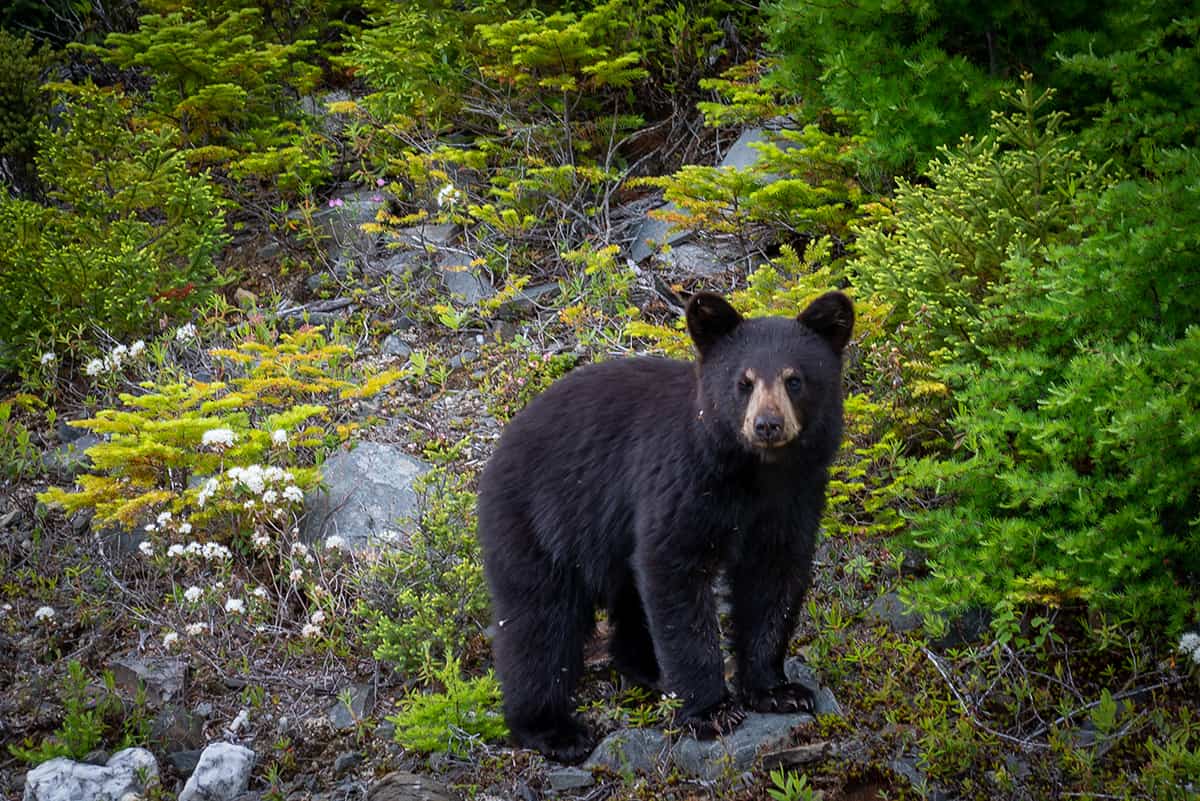 Seeing a black bear when you were not expecting it can be scary. You might be afraid of an unpredictable wild animal.

Fortunately, if you see a black bear in your dream, you have more time to think things through clearly – and the situation may turn out to be different from what you think!

A dream of a black bear could have a lot of the standard bear dream symbolism such as power and the need to recover one’s strength through hibernation.

However, a unique symbolic issue surrounding the black bear, which is the most common type of bear found in North America, is that black bears are not as aggressive as some other kinds of bears. Interpreting your black bear dream could therefore require you to make a realistic assessment of the threats you perceive in your life. 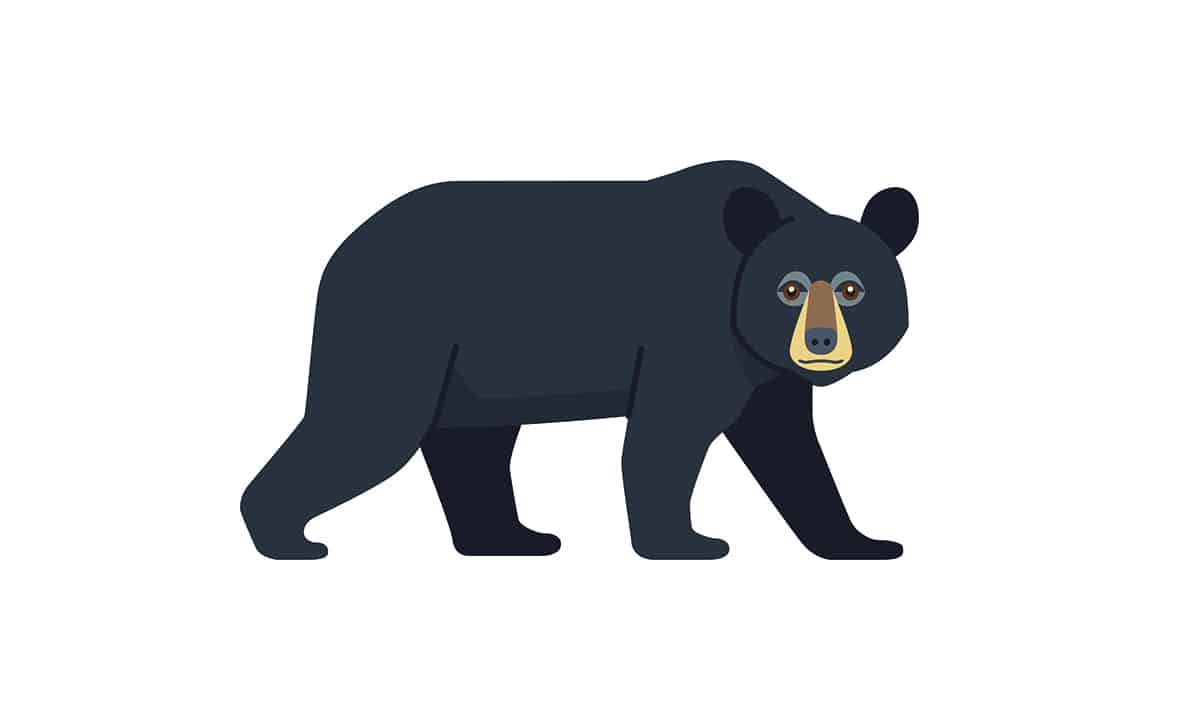 Humans are often afraid of black bears, but what might be surprising is that black bears are afraid of humans too. Your black bear dream could ask you to look at whether fear is making a relationship conflict in your life worse than it needs to be. If it turns out that you and the other person are both a bit afraid of each other, then you at least have something in common.

Part of the reason that many humans are afraid of black bears is that they are not aware of the differences between black bears and more aggressive bears like grizzly bears. A black bear dream might suggest that prejudice or misinformation has caused you to be unfairly biased against someone in your life.

Black bears generally come in contact with humans in the course of searching for food. Dreaming of a black bear could symbolize that you are willing to do what it takes to get your needs met, even if this pushes you into situations that are a bit intimidating for you.

However, a black bear dream could also warn that you need to be careful to respect the boundaries of others. You may be so focused on your own hunger that you aren’t acknowledging the rest of the story. 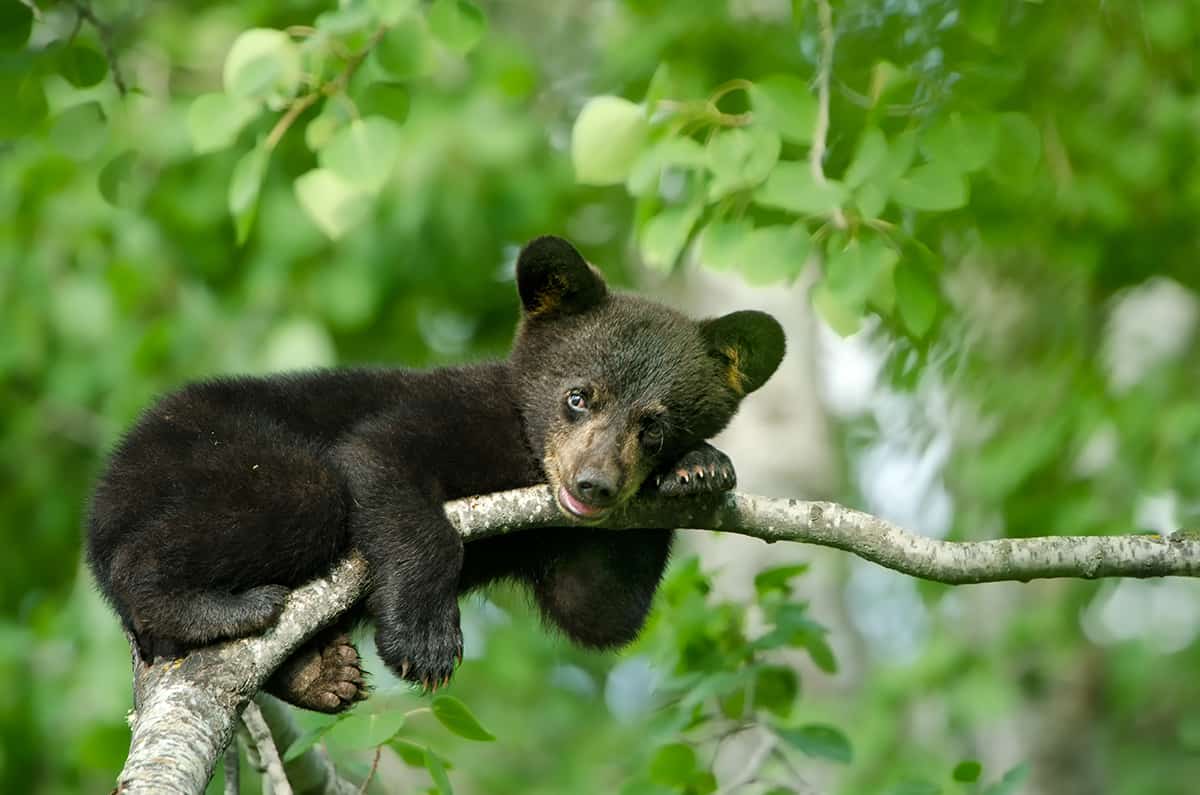 Black bear cubs are born blind and toothless, and they are very dependent on their mother for their first 16 months of life, according to Britannica. While black bears are not quite as aggressive as grizzly bear mothers notoriously are, black bear mothers are still protective of their young.

Your black bear cubs dream meaning could therefore have to do with feeling responsible for children or others in your care.

Dream of a black bear in a house 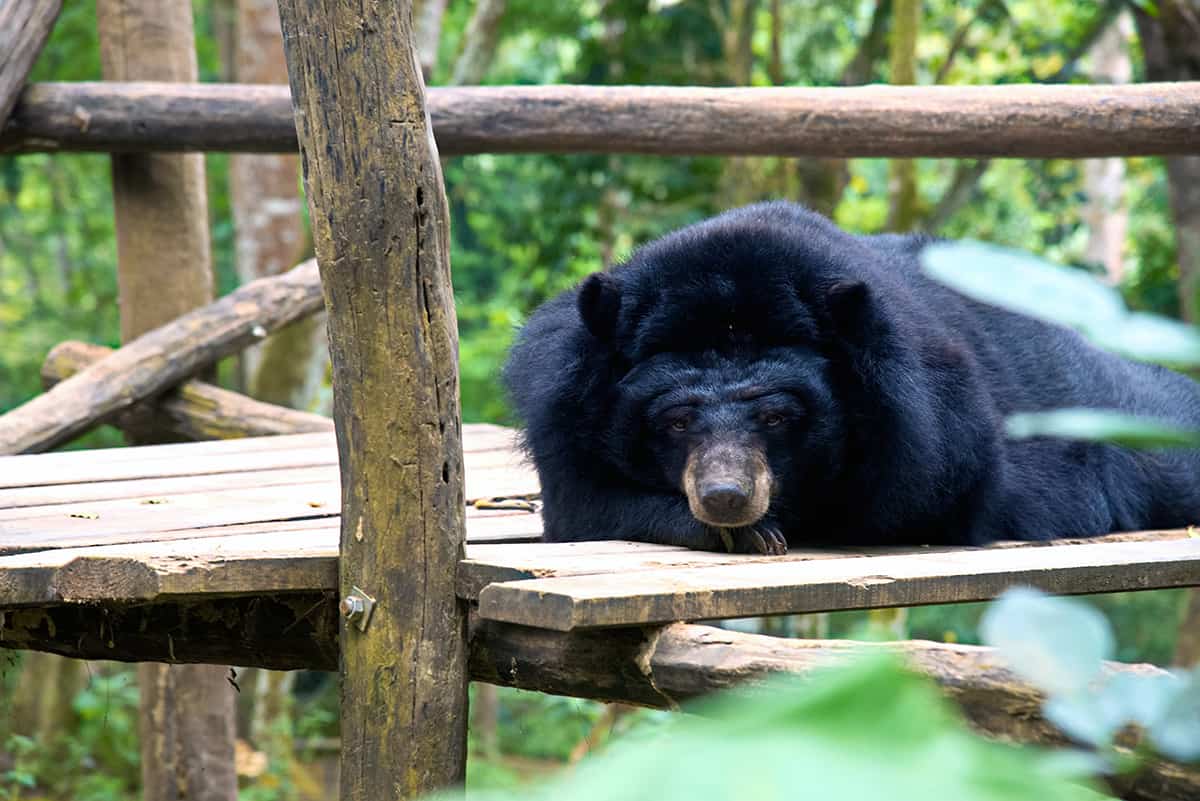 Black bears are often resourceful in their search for food, and sometimes this leads them inside houses. The dream meaning of seeing a black bear in a house could vary based on whether you feel more sympathetic toward the bear or to the human homeowners.

If you see yourself more in the bear, your dream may symbolize that you are focused on doing whatever you need to do to take care of yourself. However, you might be so absorbed in your own needs that you are not respecting the boundaries of others. You could be a bit oblivious to how you come off.

If you see yourself more in the homeowners, your dream could symbolize that you feel like others are not respecting your boundaries. They may simply be oblivious and self-absorbed rather than intentionally scheming to cause you trouble. However, they can still create a big mess nonetheless.

Dream of a black bear sleeping

Black bears hibernate during the winter, according to Britannica. They therefore have to spend the late summer and fall fattening themselves up to prepare for this long sleep.

The dream meaning of a black bear sleeping could similarly reference your efforts to prepare for a big event you can see coming in your future. You may simply need to acknowledge that cycles of ups and downs are a normal part of life.

If you feel like you aren’t achieving enough out in the world at the moment, your dream of a sleeping black bear might reassure you that going through a quieter time is necessary for you in some way.

If you don’t see yourself in the sleeping bear, the meaning of your sleeping black bear dream could be that you are sneaking around behind someone else’s back, reminiscent of the Tarot card Seven of Swords. You may be getting away with something that you know you should not be doing now, but you run the risk of eventually becoming discovered.

Dream of a black bear attacking you 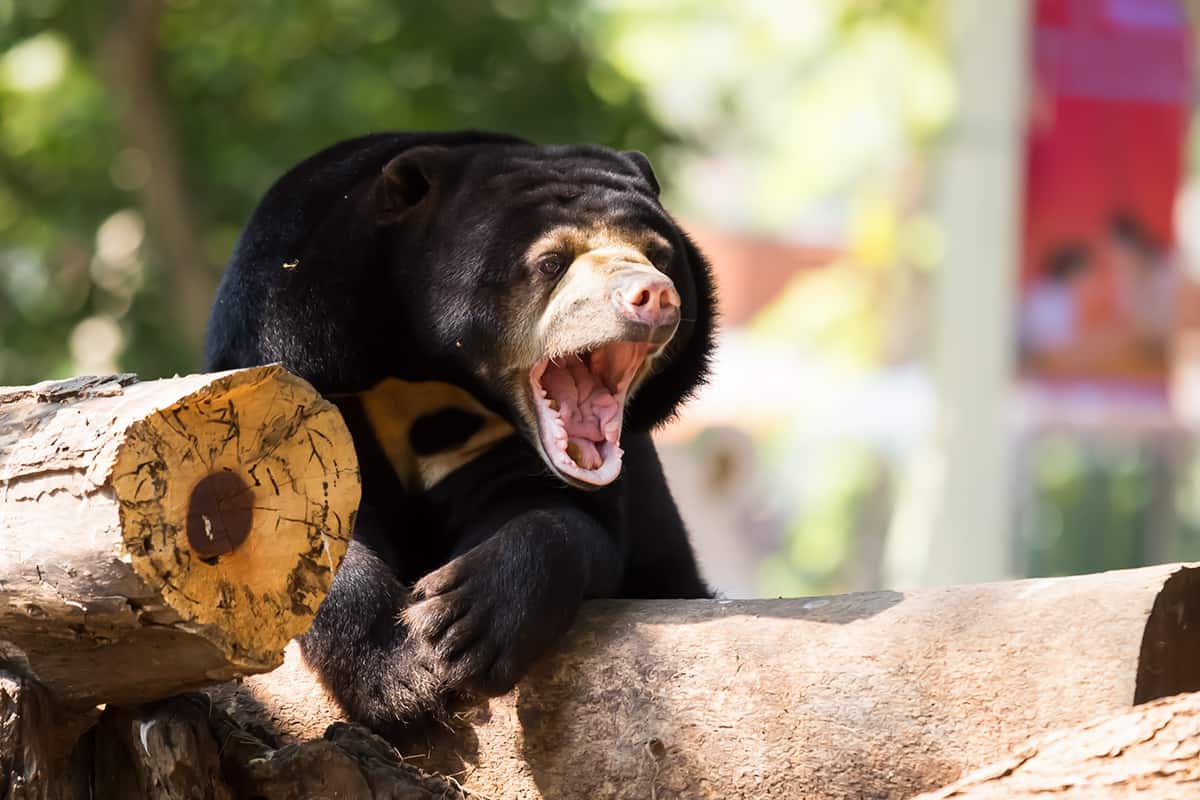 Black bears are not as aggressive as many people think, according to the North American Bear Center. They are often confused with grizzly bears, which are aggressive. If a black bear attacks a human, it is usually a defensive reaction against a human who has come too close.

Dreams can be affected by the biases or knowledge gaps of the dreamer. If you have no idea that black bears are generally not aggressive, the dream meaning of black bears chasing or attacking you could reflect that you feel like someone or something in your life is out to get you. However, as with black bears, you may need to look into whether whatever you are afraid of is as dangerous as you imagine.

In the rare cases when black bears do aggressively attack, it often happens in the context of trying to prepare for winter hibernation, as reported by NBC News. A dream of a black bear attack could be a sign to look at whether unusual circumstances are bringing out the worst in you or another person in your life.

A black bear dream can give you confidence in your capability to be resourceful in meeting your needs. Just try not to scare others in the process!