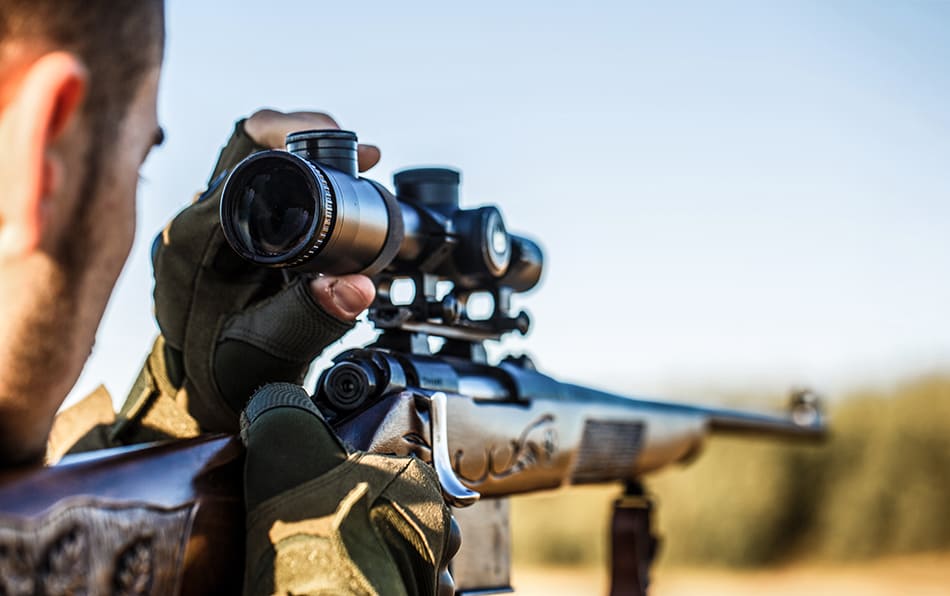 Being shot by a gun is a scary, life-threatening experience. To have this experience in your dream might also be scary.

The most obvious way that being shot is terrifying is the risk that you might die. More relevant to the interpretation of many dreams of getting shot, however, is a different fear: you are not in control of something that is happening to you.

A dream of being shot symbolizes that an outside force is infringing on your ability to direct your own life. Whoever or whatever this might be, there does not seem to be much concern for how comfortable you find the process. The other party is just imposing their will on you, whether you like it or not.

In some cases, you may be relieved to have someone else come and shake you out of a rut you have gotten yourself into. More commonly, however, it is uncomfortable and scary to feel that powerless. 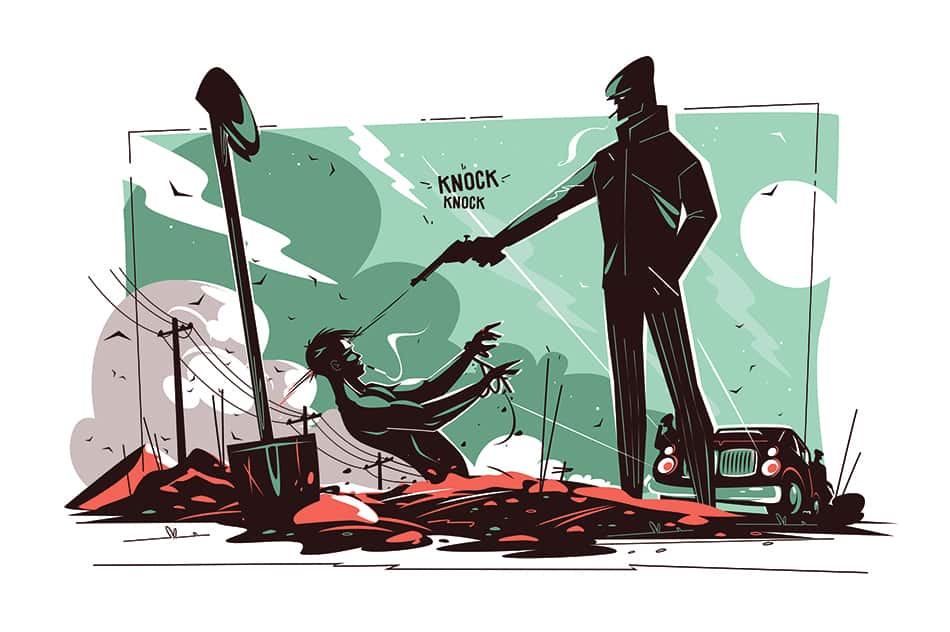 If you dream of getting shot by someone else with a gun, this could symbolize a situation where you feel like you have no control over your fate. No matter what you do to try to make things better for yourself, someone else will come and make things difficult for you. You might therefore feel that there is no point in trying to help yourself.

Not everything bad that happens to you is your fault, but sometimes you do attract circumstances related to the energy that you put out. A dream of being shot could therefore symbolize that you are putting out an aggressive, provocative energy that violent people might want to interact with.

If you are at a point in your life where you are stuck and don’t know how to move forward, you might feel relieved if an unexpected circumstance took you in a different direction that would jolt you out of your rut. In this sense, the dream meaning of being shot could be that you are looking for an opportunity to start over, but maybe you don’t want the responsibility of having to initiate this change yourself.

Sometimes change happens in a disruptive way when you don’t know how to make it happen in a way that you have control over, and your dream of getting shot could reference a situation of this sort.

Dream of someone trying to shoot you 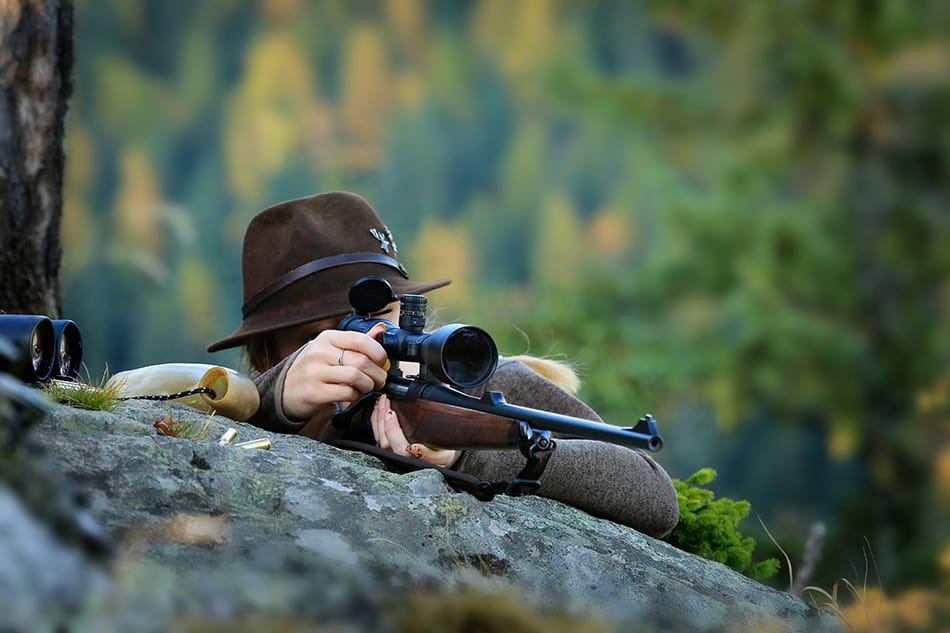 If you dream of someone pursuing you and trying to shoot you with a gun, this could symbolize a situation where you feel that you have an enemy who has bad intentions toward you. This is generally a situation that does not feel good.

In interpreting this dream, you might think of why the person in your dream was trying to shoot you. Was it an act of truly random violence, or did you do something to provoke them?

Even when we feel vulnerable, we are not always innocent. If the shooter in your dream could be interpreted as acting in self-defense, this could be a signal for you to look at how you are treating others.

Dream of being shot but not dying

If you dream of being shot but not dying, this dream interpretation could indicate a situation where you must live with a painful wound on an ongoing basis. The pain from the wound may not get worse over time, but it may not get better or go away, either.

Your situation could be reminiscent of the story of Chiron, the wounded healer. In this Greek myth, as reported in Psychology Today, Chiron was an immortal centaur who suffered a painful, festering wound in battle. As he could not die from the wound, at least not until a later bargain granted him that release, he studied healing in an attempt to heal himself.

A dream of being shot but not dying could also symbolize that you are tough enough to get through serious challenges, even if you do not get through entirely unscathed.

Dream of being shot at but not hit

If you dream of being shot at but not hit by a gunshot, this could symbolize a situation where you feel protected from some misfortune. Such a dream would be a good omen that you have the ability to escape whatever is threatening you in your waking life.

If other people in the dream do get hit, though, this dream could be about survivor guilt. You might be tormented by a situation where others close to you met a difficult fate, like coming down with a disease or getting drafted to serve in a war, but you did not.

Dream of being shot in the back 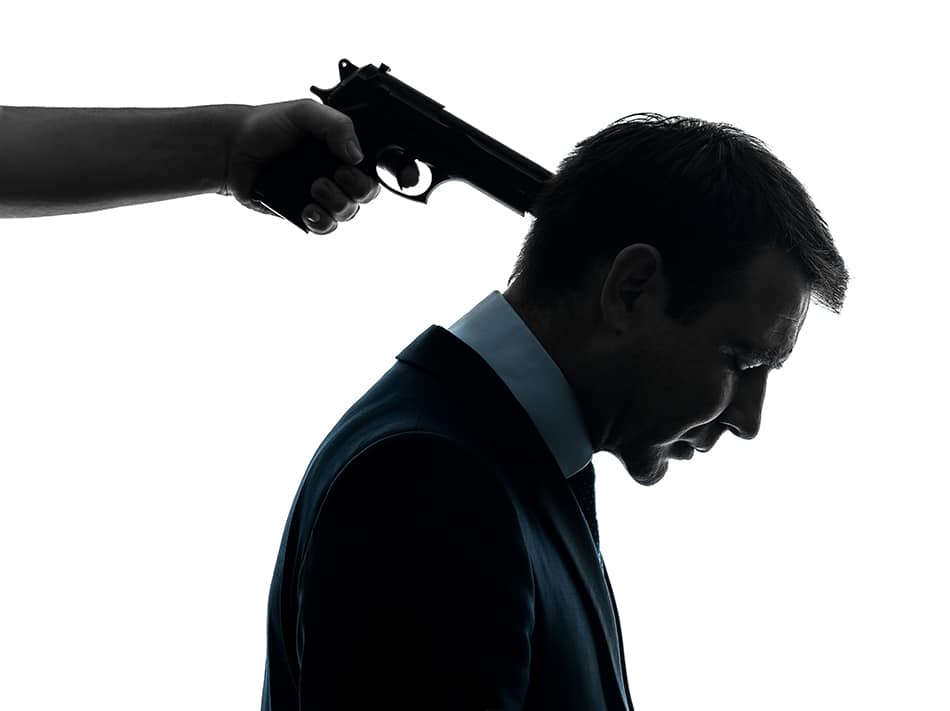 Shooting someone in the back can be thought of as cowardly, on the grounds that someone whose back is toward you is generally not attacking you in that moment. It is therefore often interpreted as aggressive rather than as an act of self-defense, though things sometimes become ambiguous in the heat of armed conflict.

Dreaming of being shot in the back could therefore symbolize that you feel like someone in your life is plotting against you in a cowardly way rather than confronting you with their grievances directly. It could also symbolize a situation where you are dealing with someone who is vindictive and is punishing you in a way out of proportion to whatever you did to offend them.

Dream of being shot in the neck

Injury to the neck, as a result of shooting or anything else, can damage the spine, and sometimes an injury to a person’s spine leaves them paralyzed below wherever the injury is. In this sense, a dream of being shot in the neck could be associated with paralysis. Symbolically, this could mean your thinking is clear, but you have difficulty putting your ideas into practice.

Dream of being shot in the chest

Alternately, a dream of being shot in the chest could symbolize a situation where you feel like your heart is broken, as in the loss of an important relationship.

Dream of being shot in the head 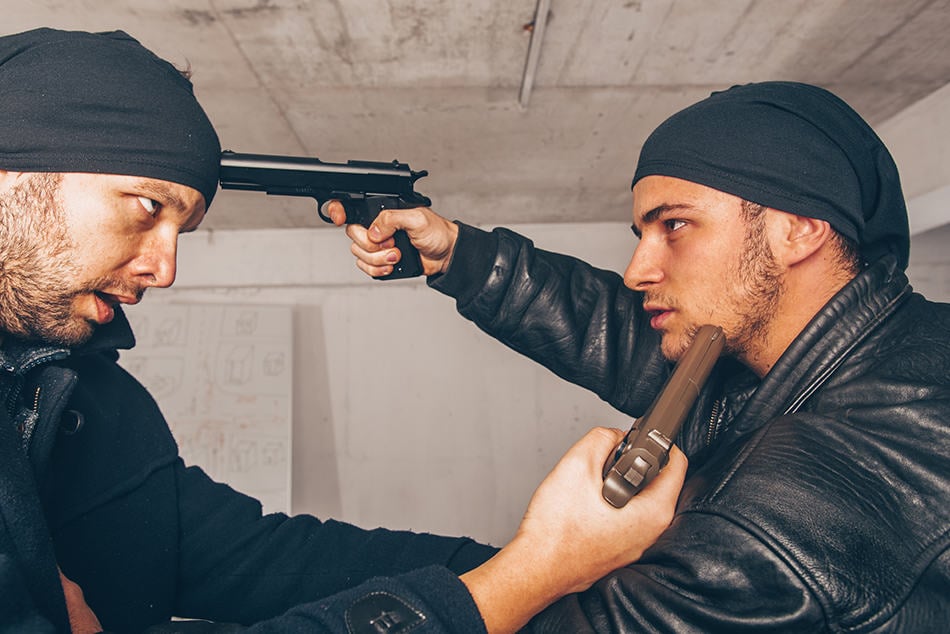 Your head represents your intellect and your capacity for rationality. Dreaming of being shot in the head could therefore symbolize a situation where your intellect or reason is not working correctly like you are acting in a way that is not reasonable.

Alternately, your dream of being shot in the head could symbolize that you are involved in an intellectual conflict with someone.

In real life, being shot in the head means instant death; but in the dream, there are many situations – you may feel the painful wound killing you; you may have a subconscious mind to have a spirit leaving the mind when dying in the dream. Mostly, dreaming about death by being shot could symbolize transformation – you are going to undergo some changes; in a few cases, this could mean that you are having some uncertainty, and fear in your waking life.

Dream of a loved one being shot 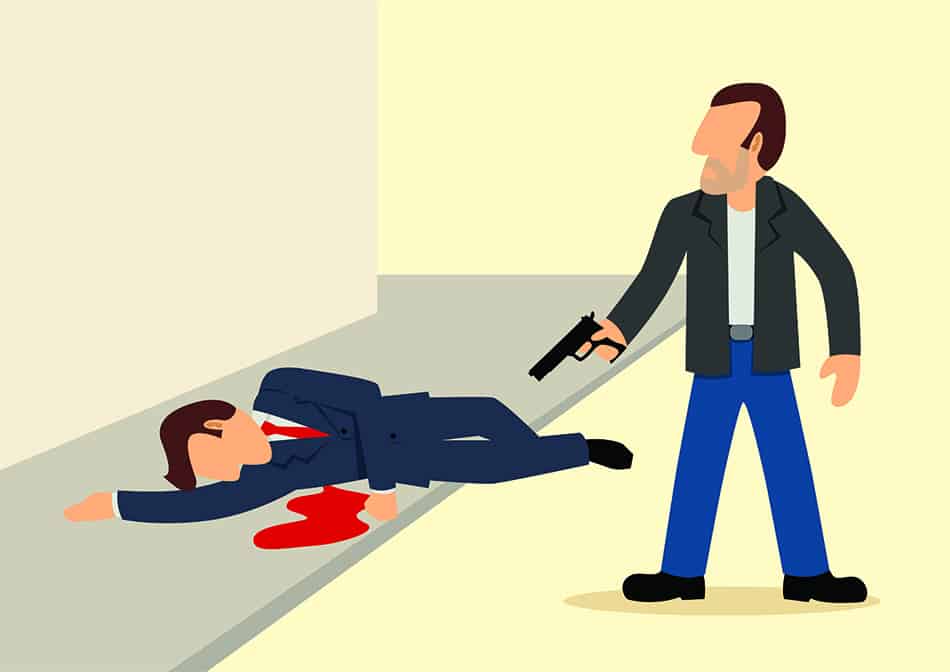 In interpreting your dream of a loved one being shot, it might be important to look at where you were in the dream.

If you were actively trying to protect the other person and failing in your dream, this could symbolize that you feel you are not doing a good enough job taking care of them in waking life. It could also symbolize that the other person’s circumstances are so extreme that there is nothing you could realistically do to fix the situation for them, no matter how much you might want to help them.

If the dream was such that you were not around when your loved one was shot and only heard about it later, this could symbolize that you have a distant feeling in your relationship with this person.

Dream of being robbed and shot 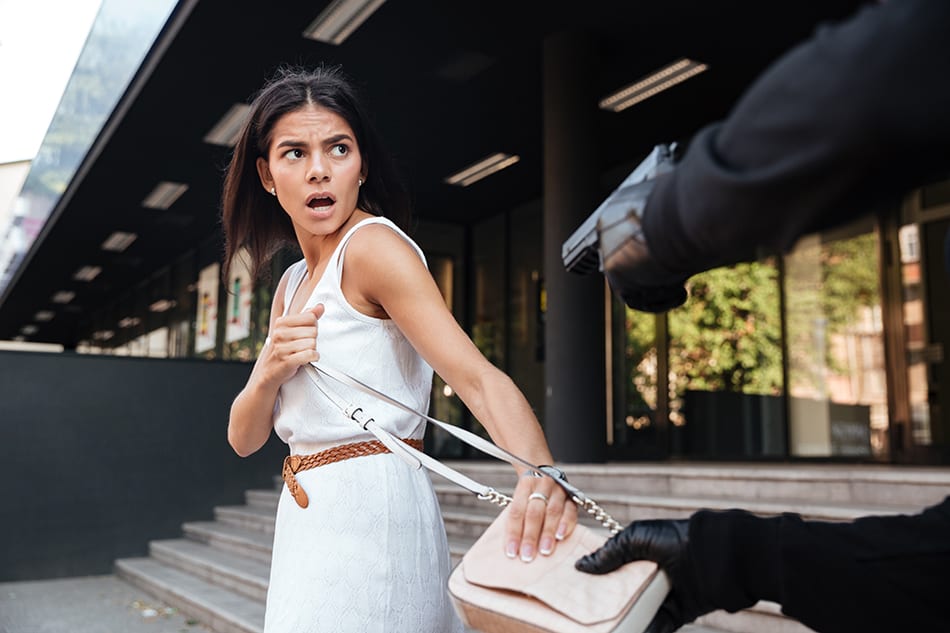 Dreaming of being robbed and shot could refer to a situation in your life where you feel totally defeated. Maybe you feel that someone is being unnecessarily vindictive toward you – it’s not enough for them to rob you, but they have to shoot you too.

Sometimes when people are robbed, they intentionally hand over whatever the robber is trying to get from them in order to discourage the robber from shooting them or otherwise harming them further. If you did this in your dream and still got shot, this could symbolize a situation where you are involved with someone who is totally unreasonable, where nothing you do to appease them makes things better for you.

If you got shot as a consequence of fighting back against the robber in your dream, however, this could symbolize that you need to think about how you pick your battles. Was whatever you fought the robber over worth getting shot? If it was, such a dream would show that you are willing to stand up for yourself even if there are consequences.

If you fought the robber in your dream over something that wasn’t worth it, though, this could symbolize that your focus on petty things is holding you back in life.

Dream of a mass shooting

Dreaming of a mass shooting could symbolize that you feel like the world in general is not a safe place, as noted in What Does It Mean to Dream of Killing? Sometimes this is true, as there regularly are news stories about mass shootings that happen.

But why, out of all the news stories, did your dreaming mind focus on the story about a mass shooting? A mass shooting dream symbolizes that you feel totally out of control of how your life goes. When a mass shooting happens, you could be doing something completely ordinary, like shopping at a grocery store, and then get shot and potentially killed.

People feel out of control of their lives for all sorts of reasons. Maybe you did everything that authority figures told you would lead to a good life, and it still somehow did not work out.

Dream of a school shooting 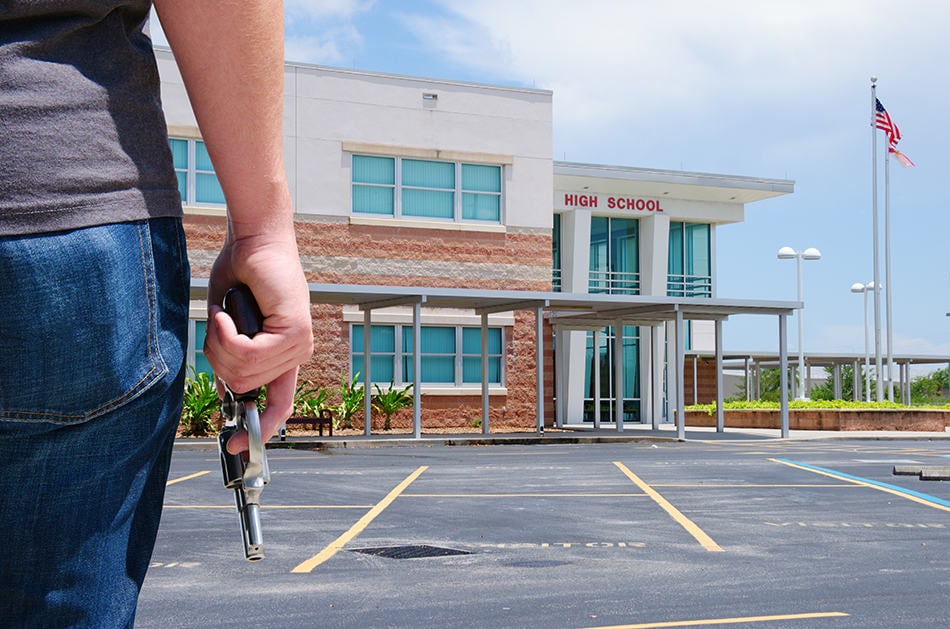 Dreaming of a school shooting could therefore symbolize that you lack the ability to expect safety from a situation in your life that is supposed to be safe.

Aside from the serious physical danger, being shot can cause a sense of emotional violation, as someone else has intruded upon your ability to feel safe going about your business. You are at least physically safe when you dream, but your dream of being shot could still be troubling, as it might ask you to confront where you feel that sense of powerlessness in your waking life.