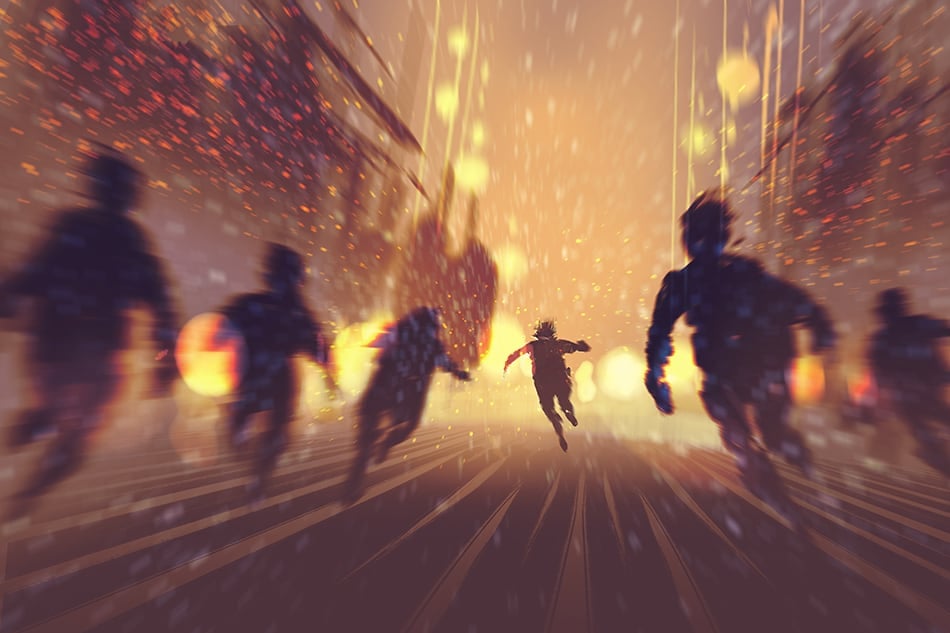 A dream of being chased can be scary, especially from the anticipatory anxiety of what will happen if you get caught. As long as you keep running – or driving, in the case of a car chase – you are trapped in the drama of the chase.

There are both good and bad reasons why someone might be chasing you in your dream.

On the bad side, a dream of being chased could symbolize that you have a dangerous enemy who is not able or willing to reason with you. You may feel like you are trapped in your conflict with this person and that there is no good way out for you.

On the good side, a dream of being chased could symbolize that someone sees you as a worthy competitor, which could be flattering even if you did not seek out the competition.

Some chase dreams could symbolize a chase that you might have brought on yourself, whether you like it or not. Examples of this would include being chased by some responsibility you are trying to avoid or guilt for something you have done.

A dream of being chased might symbolize that you are trying to avoid your valid responsibilities, and you know it on some level. Even if you did nothing wrong, everyone has responsibilities that are part of life. You may resent your responsibilities because they are not pleasant, but trying to get out of them may not make them go away.

Though many dreams of being trapped involve being stuck in an enclosed space, trying to get away from someone who is chasing you is a form of being trapped. Even though you may be moving across a broad open area, you are required to keep moving, or else whoever is pursuing you will catch you.

A dream of being chased would therefore share with other dreams of being trapped the basic symbolism of being in danger and powerless to do anything about it.

A dream of being chased could symbolize a situation where you feel that someone is out to get you. This could actually be more dangerous than other dreams of being trapped because whoever is after you does not yet have you where they want you, and therefore they might feel entitled to do any crazy thing they can think of to get you there.

A dream of being chased could symbolize a conflict where you feel you cannot reason with the other person. Things have broken down to the point that the deciding factor will be brute force. Even if you think you are capable of defending yourself in this non-rational realm, you may be disappointed that you have to do so.

A dream of being chased could symbolize a situation where you feel your success is measured against that of others. You may feel like there are not sufficient resources for everyone to have enough, and therefore you must compete for your share.

Alternately, you might think that there is room for everyone to succeed on their own terms, but maybe you are dealing with someone else who insists on carrying on a one-sided competition against you anyway. Your dream could reflect your frustration with such a situation.

Dream of a car chase 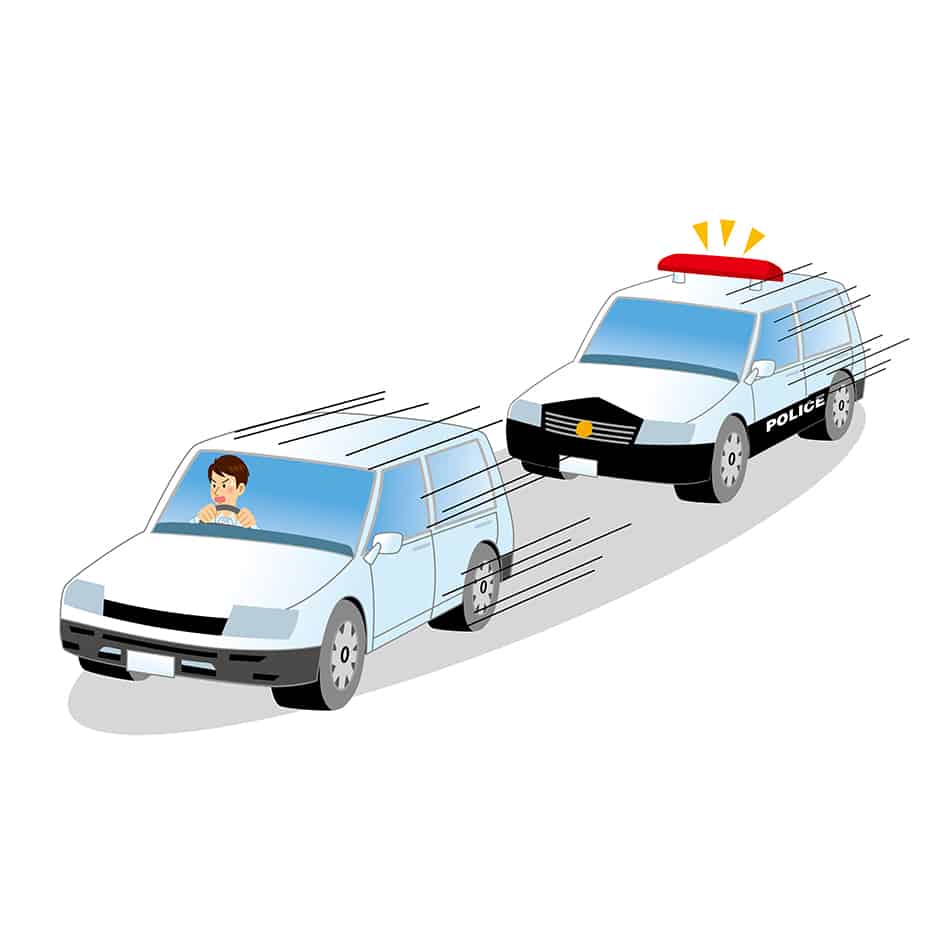 Dreaming of a car chase can be scary because of the likelihood it will end in a car accident. In general, car accident dream symbolism can include conflict, feeling chaotic, and being out of control.

If a police car or other law enforcement vehicle is chasing you in your dream, you may feel guilty for something you have done, and you might be worried that you will get caught. Alternately, you may feel resentful that society seems to be out to get you for reasons you think are unfair.

If you are being chased by just another driver in your dream, you may feel like people react badly to you, and it might seem like you attract conflict wherever you go even if you are not looking for it. You may need to become more aware of what signals you are putting out.

If the car chase results in you driving off a cliff, this could symbolize that you are in a situation where you feel like you have no good options. Even if going off the cliff got you away from whoever was chasing you, you would probably be seriously hurt in the process.

Dream of being chased by an animal 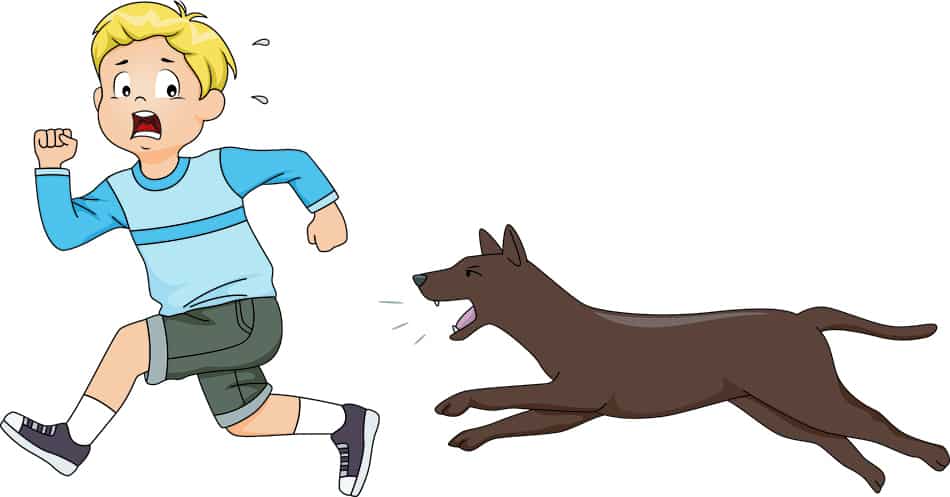 If you dream of being chased by an animal, this could symbolize that you are in conflict with someone who is not acting rational. They could be as unwilling to reason with you – and as willing to destroy you – as a dangerous predator animal.

Alternately, a dream of being chased by an animal could symbolize that you are afraid of the more animal-like parts of your own nature. For example, you might think of yourself as an intellectual person who takes pride in always being kind and not offending others, yet you could be disturbed by an inner voice that at times wants you to take more aggressive action.

The specific animal chasing you could have good qualities that you need to integrate. As long as you run away from the animal, though, you will tend to focus on that animal’s bad side.

To learn more about the animal that was chasing you in your dream, look up that animal in The Symbolism’s list of animal dream symbols.

Dream of being chased by someone with a gun 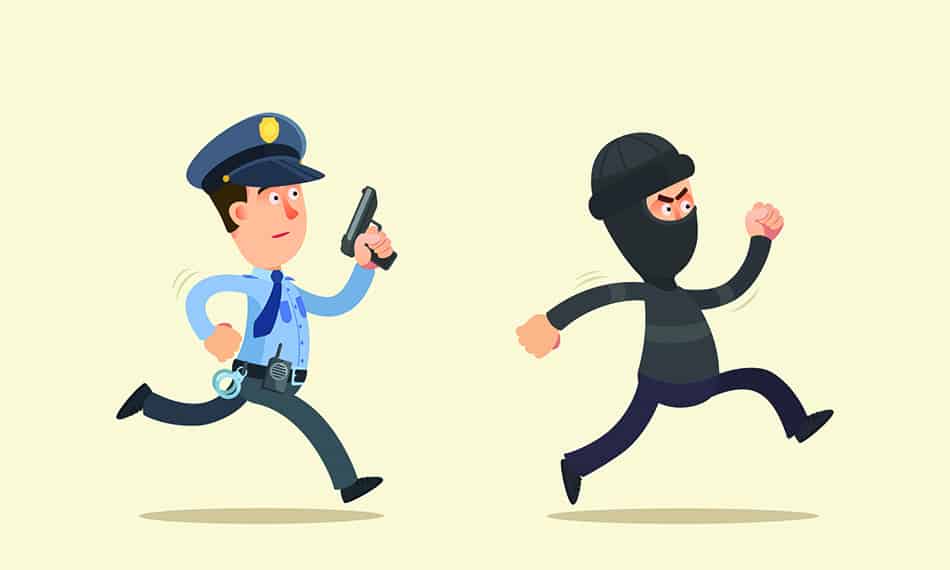 A dream of being chased by someone with a gun could symbolize that you feel like someone is intentionally initiating aggression against you. Such a figure may have more capacity for rational thought than a predator animal chasing you, but they are not likely to want to reason with you.

Being chased by someone with a gun therefore symbolizes a breakdown in human communication. If the person chasing you is someone you know in waking life, the dream could be a comment on your relationship with them.

Alternately, a dream of someone you know chasing you with a gun could refer to your relationship with some quality you associate with them. For example, if a man you think of as rich is chasing you in your dream, this could be more about your views toward rich people in general rather than about him specifically.

If the person chasing you with a gun in your dream is a stranger, this could symbolize that you experience the world in general as a hostile, scary place. You might feel surrounded by a general cloud of bad vibes. In that case, you may need to look at what energy you are putting out into the world.

In interpreting your dream of being chased by someone with a gun, you might also look at whether you did anything to provoke them. If they were chasing you because you were trespassing on their property, for example, this could symbolize that you need to be more respectful of others’ boundaries.

Dream of being caught after a chase 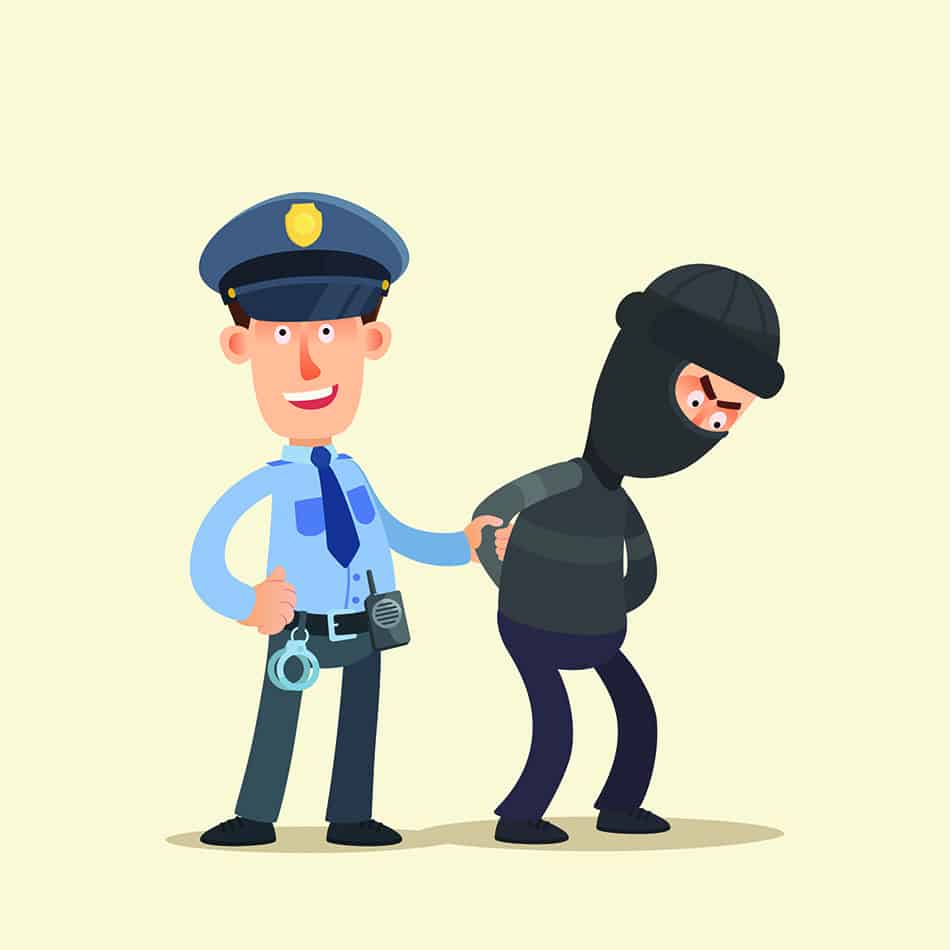 If you dream that whoever is chasing you catches you, it could be a relief in that you are no longer experiencing anticipatory anxiety about what will happen if they catch you. Such a dream may symbolize that you have come to accept something you resisted for a long time.

If you are caught by law enforcement, jail dream symbolism may be relevant to further interpretation of your dream. For a dream of being chased that overall seems to be about guilt, having it end in a trip to jail could reflect your fear of getting caught, but it might also include a sense that finally getting caught and punished would be a relief because at least you would no longer be on the run.

People who are threatened have the choice to fight or flee. Your dream of being chased may show that you see fleeing as your best bet against whatever is bothering you.

Your dream of being chased can also ask you to consider whether or not you want to get caught. Even though you could be terrified of what will happen if you give in to whoever is chasing you, there could be a part of you longing for the chase to at least be over.