Though bats are much smaller than humans, seeing them can still be scary because of the possibility that they might bite you and give you a disease.

Your dream of a bat can similarly suggest that you feel afraid of something in your environment that seems chaotic and out of control.

Bats are mysterious, nocturnal creatures. Seeing a bat in your dream may therefore suggest you need to look to a side of your life that is hidden or even magical.

Bats can also seem chaotic and unpredictable from a human perspective, so your bat dream could reflect that you feel like circumstances in your life are crazy.

Dreaming of bats attacking you could reflect anxieties about being contaminated with various diseases, as bats are known for spreading diseases. If the bat attack is focused on your hair, though, a dream of a bat attack might refer more to concerns about being attractive enough to attract unwanted attention. 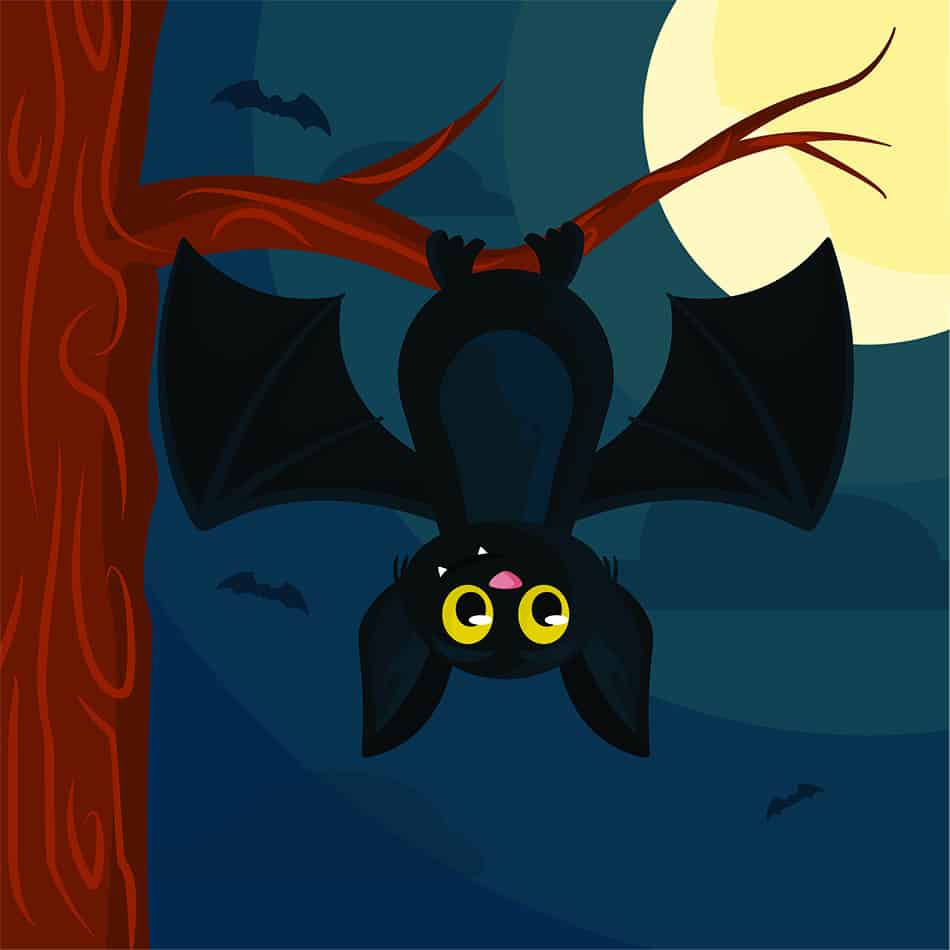 Bats are sometimes feared because they can carry diseases like rabies. Dreaming of a bat could therefore symbolize you are afraid of being contaminated in some way, like with a contagious illness.

Bats come out at night, after most people have gone to bed. Dreaming of a bat could therefore symbolize that you feel like you need to hide from others. You might be ashamed of something you have done.

Alternately, you could just be out of sync with others. Maybe you are not compatible with the people around you, and it might not be anyone’s fault. You may prefer being on your own to being constantly misunderstood.

Bats are commonly featured in stories of witches stirring cauldrons of magic potions. Dreaming of a bat could therefore symbolize that you feel the need to try something out of the ordinary to resolve your problems.

The saying “blind as a bat” is not really founded in reality, because bats can see, according to Live Science. They also supplement their vision with echolocation, which involves making and hearing sounds at frequencies that humans cannot hear.

Dreaming of a bat could therefore symbolize that there is something unusual about the way you or someone else in your life takes in sensory information. It might also mean that you would benefit from using senses you would not ordinarily use to solve a problem.

Bats are commonly referenced in the phrase “batshit crazy.” The Grammar Dance says this idiom developed among soldiers, probably derived from another saying, “bats in the belfry,” which also refers to craziness.

Where there are bats, there is probably bat shit. Dreaming of bats could therefore confirm your hunch that someone in your life is acting crazy. This might be especially important in a situation where you are encouraged to go along with some dynamic even though you have your suspicions about it.

Dream of bat flying in house 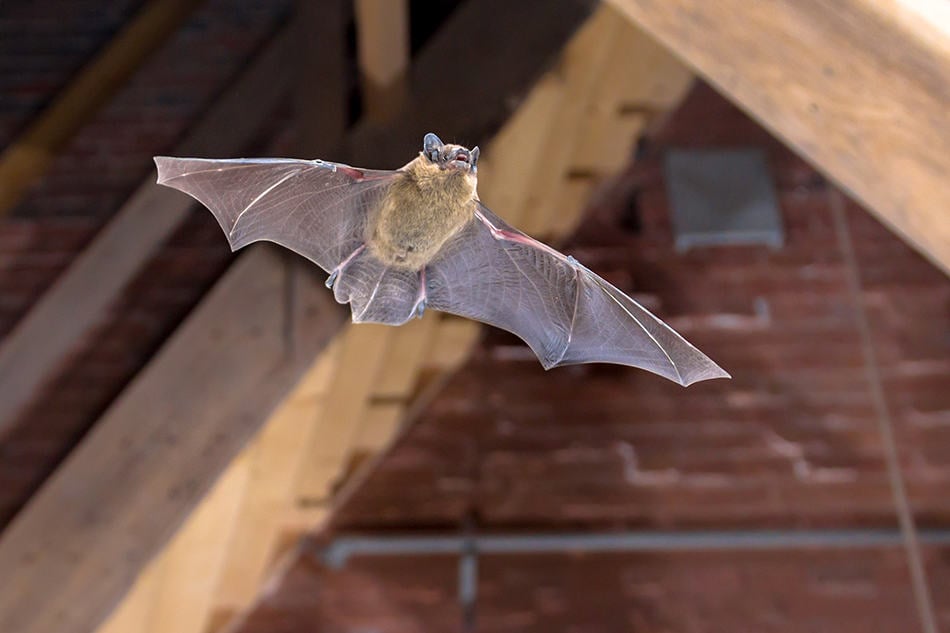 A dream of a bat flying in your house could reference the saying “bats in the belfry,” which means that someone is acting crazy or eccentric. You might feel like things in your home life have gotten chaotic and out of control.

If the bat flying into your house in your dream hurts people or damages property, this could have the broader symbolism of a home invasion dream, which can include illness or violations of interpersonal boundaries. If the bat was more innocent, though, your dream could symbolize that a change that seems disruptive in the moment may ultimately open the flow of energy for good things to happen in your life.

Dream of bats biting you 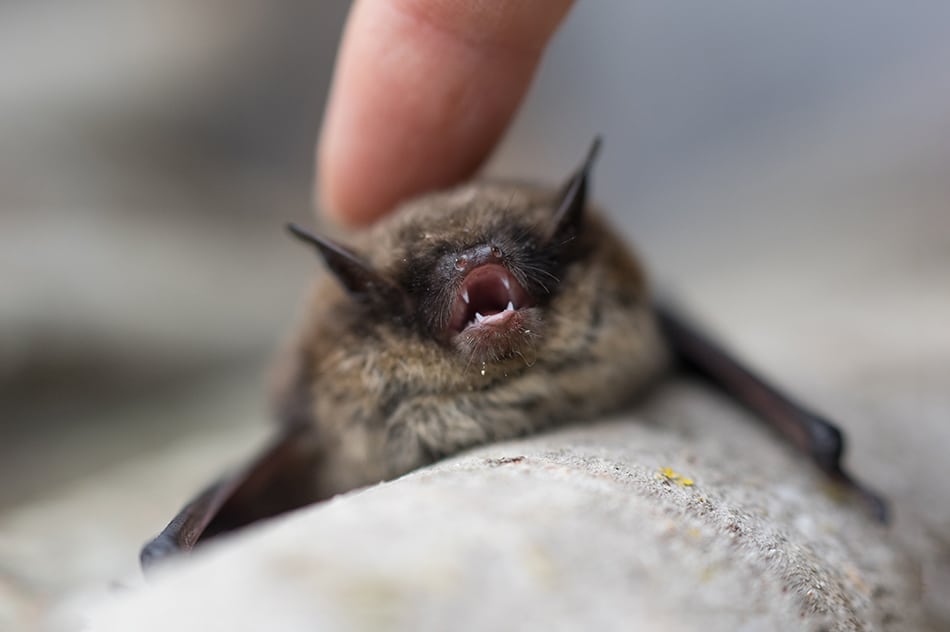 A dream of bats biting you could be scary not so much because of the pain of a bat bite itself. A bat is certainly not big enough to eat you up like a wolf.

A bat bite dream might have more in common with snake bite dream symbolism, in the sense that the after-effects of the bite can be more serious than the bite itself. In the case of a snake, snakes often inject venom into their prey when they bite, so a snake bite dream could symbolize that someone is insidiously out to get you.

Bat bites, however, are more passively dangerous. The risk there is that bats can carry diseases like rabies. Dreaming of a bat biting you could therefore symbolize that you were in a situation where maybe no one had bad intentions, but you were exposed to something dangerous through carelessness.

Certainly many people nowadays are afraid of catching or spreading COVID-19 under such circumstances. Though the origin of COVID-19 continues to be investigated, some news reports have suggested that it came to humans from bats, so your bat bite dream could definitely have to do with anxiety about COVID-19.

A bat bite in your dream could also reference sexual penetration. In this context, dreaming of a bat bite may symbolize that you are concerned about catching a sexually transmitted disease from a risky sexual encounter.

Dream of bats in hair

Bat Conservation International reports that many cultures have horror stories about what will happen if a bat gets into your hair. However, they note that it is not as common as people might think for bats to get into human hair.

If you grew up hearing a particular story about what would happen if a bat got in your hair, your dream could reference that specific anxiety. Many of these stories focus on the hair of women, so your dream might symbolize broader concerns about your own attractiveness, if you are a woman, or the attractiveness of a woman in your life. The fear might not be so much about being ugly as it is about being attractive enough to draw unwanted attention.

Dream of bats hanging upside down 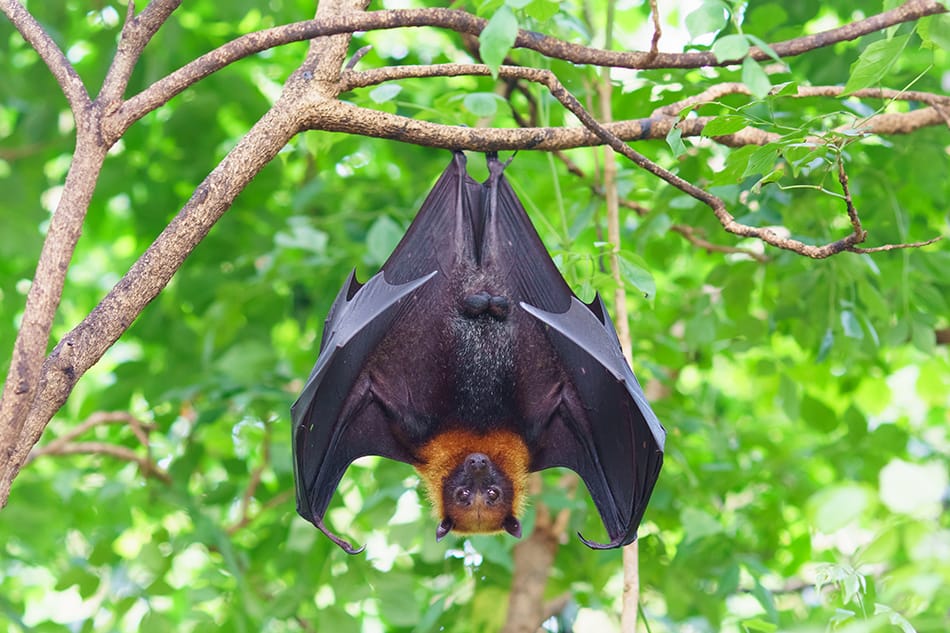 For most humans, hanging upside down to sleep would be uncomfortable. For bats, though, that’s just how they roost.

Dreaming of bats hanging upside down could therefore suggest that you are versatile and adaptable to changing circumstances in your life. The upheaval could specifically have to do with moving house or having trouble finding a spot to sleep in a messy house.

Dreaming of hearing bat noises could therefore symbolize that you feel out of the loop in a social situation in your life. You might be hearing just enough to suspect that there is more going on behind your back.

Dream of a bat of a particular color

Dream of a black bat 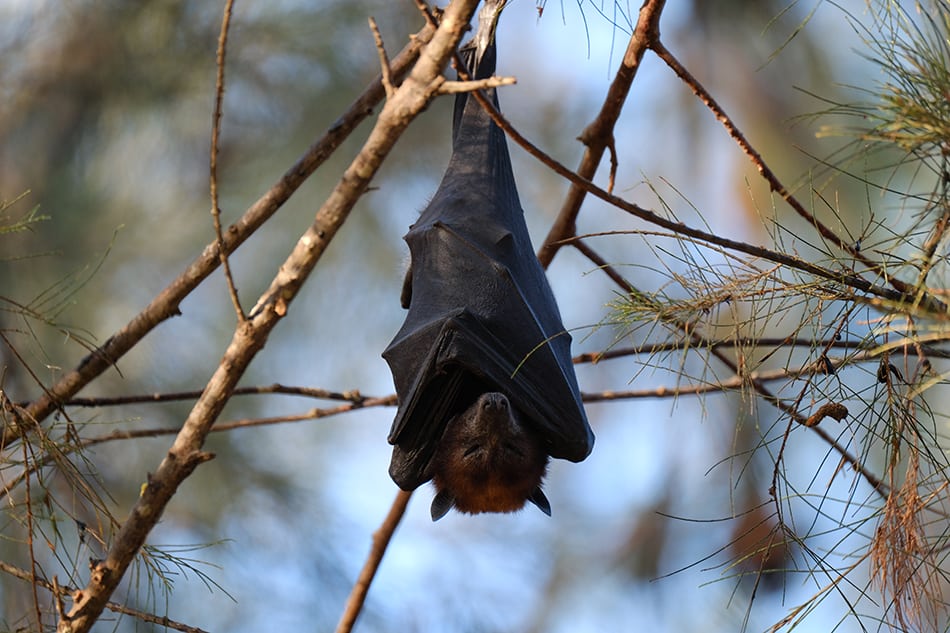 The bats depicted in Halloween decorations are generally black. The symbolism of the color black can be associated with evil, and some people avoid Halloween because they feel that it too is evil.

Another perspective, though, is that life naturally has both light and darkness, as shown in the regular transitions between day and night, and both serve a necessary purpose. The symbolism of the color black also includes positive things such as shielding and transformation. Dreaming of a black bat could therefore emphasize the part of bat symbolism that involves hiding and magic.

Dream of a brown bat

Brown is a color associated with nature, and a brown bat would blend in well with most natural settings. Symbolically, a brown bat in your dream could represent the more difficult side of nature, like the transmission of diseases.

Dream of a yellow bat 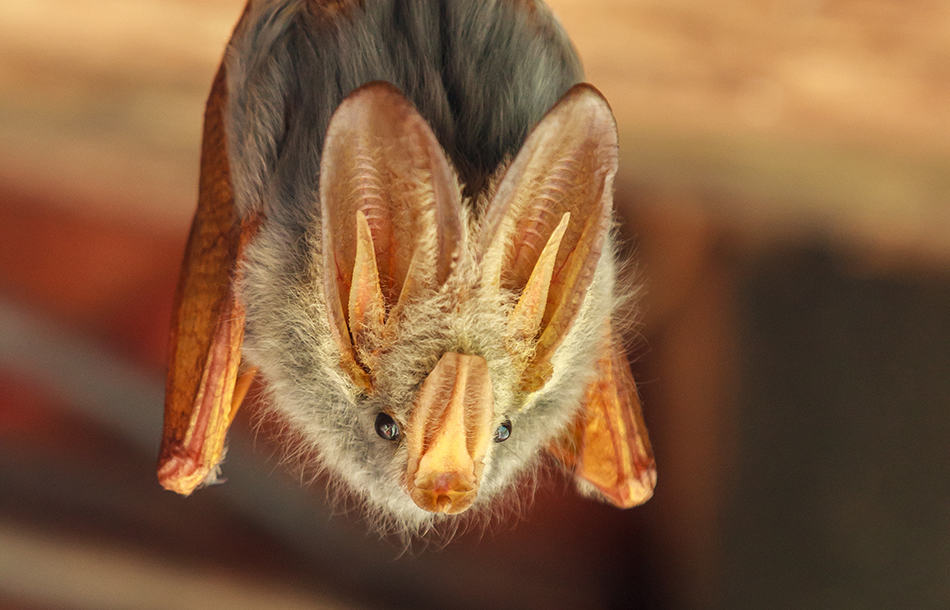 A bat that is yellow might be more conspicuous than a bat that is black or brown. Dreaming of a yellow bat could therefore symbolize that qualities associated with bats are or will be visible in your life. This might lean toward the portion of bat symbolism that focuses on craziness or creative disruption, as yellow is a lively color.

Bats can be more intimidating than their size seems to warrant. Beyond any specific grievance, they are just mysterious. They come out at night, and humans can only hear a small portion of their utterances.

Your dream of a bat might symbolize that you are afraid of something else that you only know a little bit about. It may also, however, show that you would benefit from exploring what seems mysterious or chaotic to you.